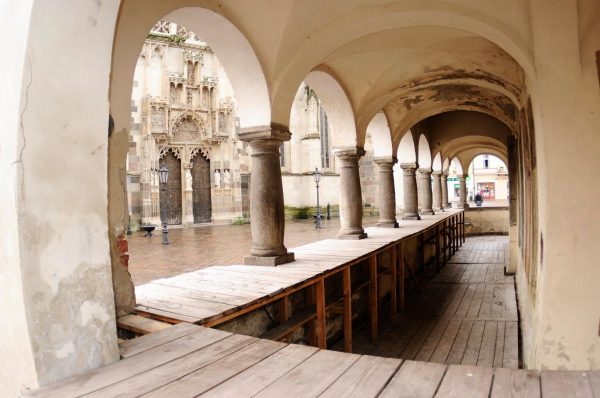 1. The cozy cafes, atmospheric restaurants in the exemplarily restored  Old Town of Bratislava

2. Some miraculously survived wooden churches, like the one (Church of Saint-Francis of Assisi) in the village of Hervatov (north-east of Slovakia)

3. Successful efforts to protect their folklore: e.g., an open-air museum of Vlkolínec (near the city of Ružomberok in northern Slovakia)

4. The gothic Cathedral of St Elisabeth in the Old Town of Košice (eastern Slovakia) - Oh, I adore gothicism

6. The medieval and baroque monuments in the center Banská Štiavnica

8. Hiking to the Sucha Bela gorge

9. Zuberec, a wonderful village skanzen at the foot of Western Tatra mountains

10. The famous street statues of Bratislava

1. damned pot-holes of the secondary roads

2. Communist-era, spiritless housing estates in the outskirts of Bratislava (phalansterian)

3. Neither is the new, modern part of Bratislava attractive

4. Slovakians don't seem so particularly hospitable to foreign tourists - they are somewhat aloof (though it can be practical in an era of social distancing....)

5. Many historical monuments  are not fully restored

7. Risk of accidents is allegedly higher in the Slovakian ski resorts than in the Austrians

9. Slovakia seemed to us a little sleepy (though their economic progress happen to be quite dynamic)

10. The uneven distribution of wealth is very visible (newly rich vs poverty in the Far East of Slovakia) 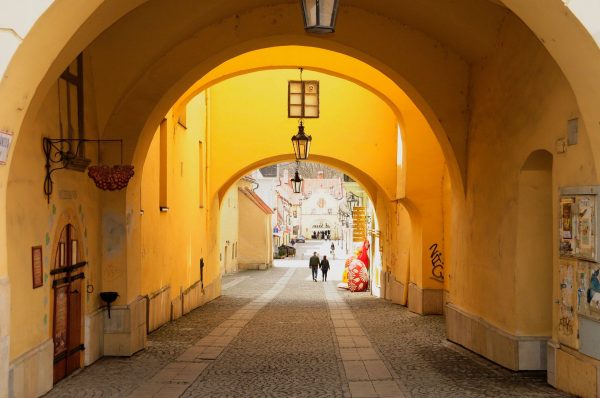 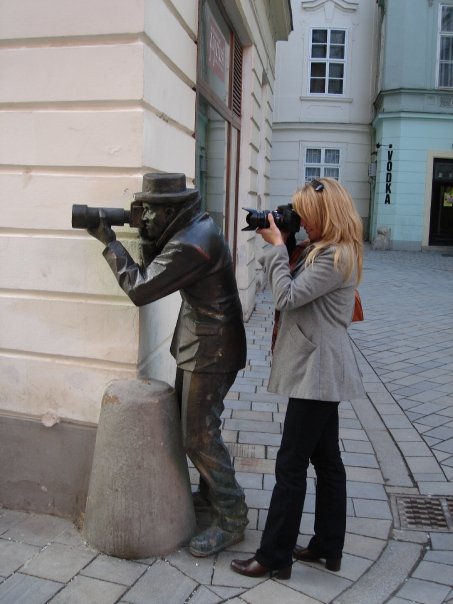 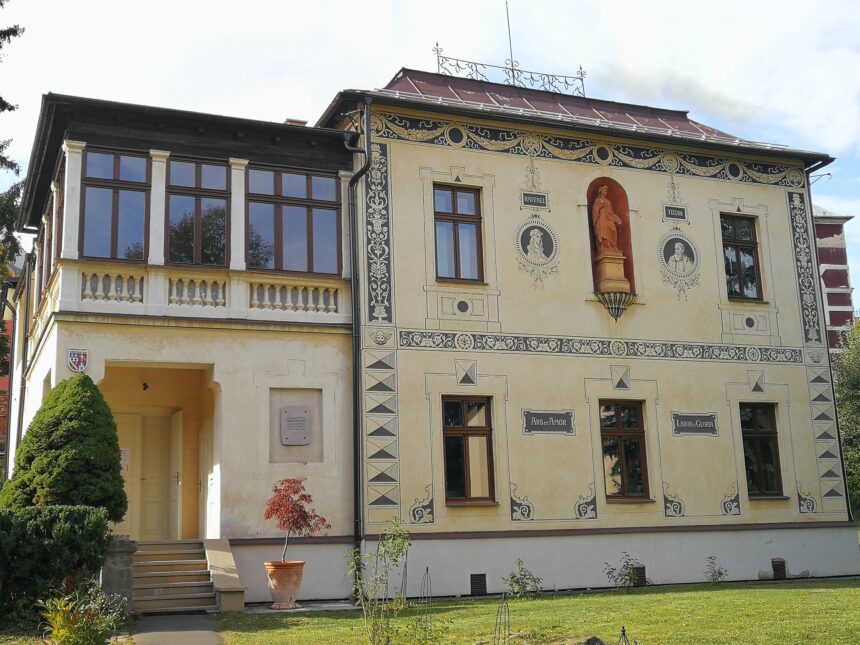 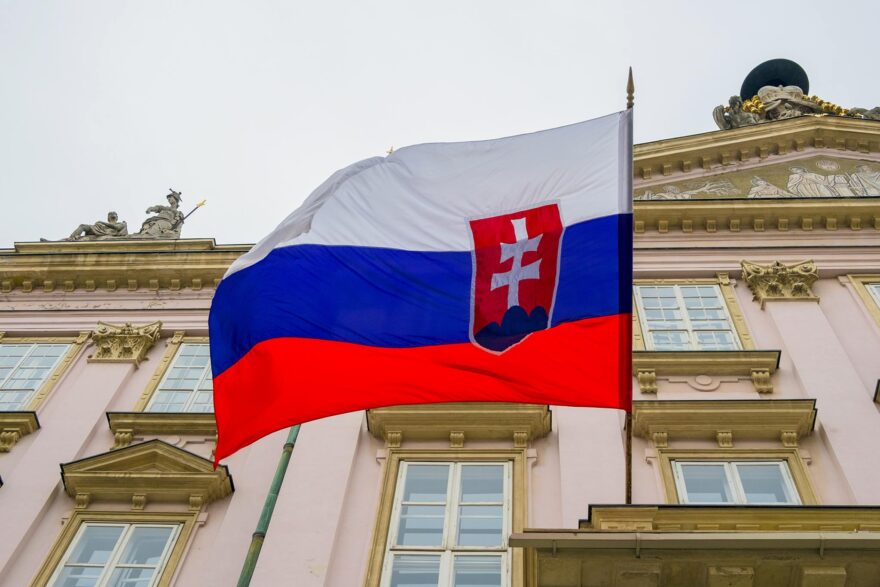 Capital city: Bratislava - pop. 435,000 (2020) - Bratislava lies on Slovakia’s borders with Hungary and Austria.  That makes it the only one capital in the world that borders two independent countries.

Population: 5.4 million (2020) – There are about 520,000 persons belonging to the Hungarian minority.
At an average of just 24, Slovak women are, along with Polish and Lithuanian ones, the youngest to get married within the European Union.

Language: Slovak – It is basically the same as the literary version of the Czech language. The colloquial vocabulary in both languages is slightly different.

Religion: 75% Roman Catholic - Slovakia is one of the most religious nations in Europe, standing in striking contrast to the Czech Republic, which is among the least religious ones in the whole world.

Political system: republic, a democracy with a parliamentary, multi-party system – The President mostly performs ceremonial duties.
Slovakia is member of the European Union, and part of the Schengen area.

According the WHO, Slovaks are among the top alcohol consumers in the world. The average Slovak adult drinks the equivalent of 13 liters of pure alcohol each year (at 17.5 liters per capita, Belarus is number one).

Safety: Slovakia is a safe country for tourists. The only things to watch out for are pickpockets and purse snatchers in bigger cities. 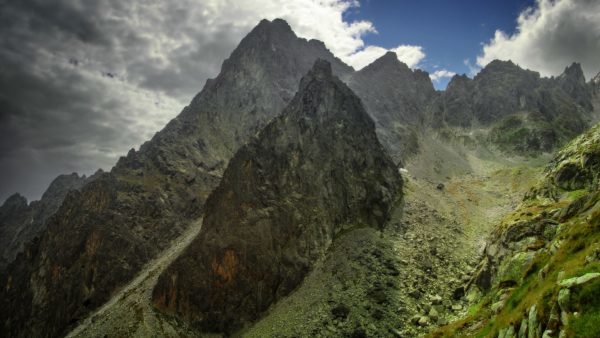 “According to the Czechs, Slovaks are more emotional and talkative, but also more stubborn. According to the Czechs, Slovaks are more authentically Slavic than they are. Slovaks, like the neighboring Hungarians, always tend to blame others for mistakes and lack self-criticism, but equally lack self-confidence. Slovaks like to complain, and consider it a dishonest answer when, to the question ‘how are you?’, someone always gives a bland, positive response.

The Slovaks are quite honest, they frequently tell one another to go to hell. Slovaks are mostly fair and honest but like to steal from the state if they can. According to the ‘people’, the political and economic elite are sneaky, deceptive, hypocritical, and cunning. According to some, Slovaks are miserly, with a paradoxical approach to managing money (they are frugal, but at the same time they can blow a large sum of money very quickly).

Slovaks are mostly not characterized by either snobbery or generosity. They have fairly rudimentary taste in fashion, and in this, they are similar to the Czechs. The humor of Slovaks is bitter, black, and sometimes rude. They are happy to sharpen their tongues on the Czechs. Slovaks have a special feeling of inferiority towards Czechs. They don’t hate Czechs, but their feelings are confused.

The Czechs consider the Slovaks their younger siblings, and Slovaks sometimes see this as condescending. So there is a lot of rivalries, and especially in this, the Slovaks are motivated like younger brothers. They envy the Czechs and react with schadenfreude if they are better than the Czechs in something. For example, they are very satisfied that they already have the euro and the Czechs do not.

Slovaks are very proud to be the ‘Detroit of Eastern Europe’ because so many car factories have been set up there. According to many Slovaks, the most beautiful Slovak girls are from the eastern part of the country.” 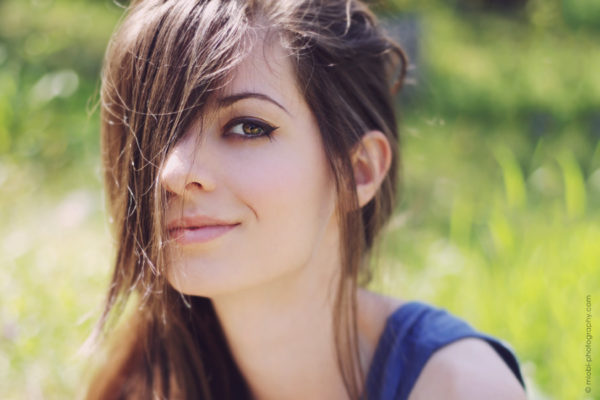 1. If visiting a home, take off your shoes at the doorstep. Slovaks consider it unhygienic to enter the rooms with your footwear.

2. Do not point at people, as that is considered aggressive.

3. Slovaks don't like their country to be called Eastern European. They prefer to hear of Central Europe.

4. Avoid the subject of Slovakia's (or more precisely, Czechoslovakia's) Communist-era. Slovaks are proud to be one of the democratic countries. They prefer to sweep the shameful Soviet-bloc past under the carpet. (They are specifically proud to have Euro, when the Czech Republic, Poland, and Hungary do not have yet.)

5. Do not assume every Slovak speaks or understands Russian. Only people over 50 do because it used to be a mandatory subject at schools before 1990.

6. Slovaks are sick and tired to hear someone confusing Slovakia with Slovenia. Likewise, avoid using Czechoslovakia mistakenly for Slovakia.

7. If you are a guest at a Slovak home, your host will offer you a cup of coffee. In case you don't like coffee, ask for a cup of tea instead, or at least for a glass of mineral water or a refreshment dink. You may embarrass your host if you can not be served with something.

8. Slovak women are beautiful and behave relaxed. Some foreign visitors from male superiority cultures arrogantly think that Slovak girls are easy prey for them. Slovak girls hate to be mistaken for a whore, and command respect. 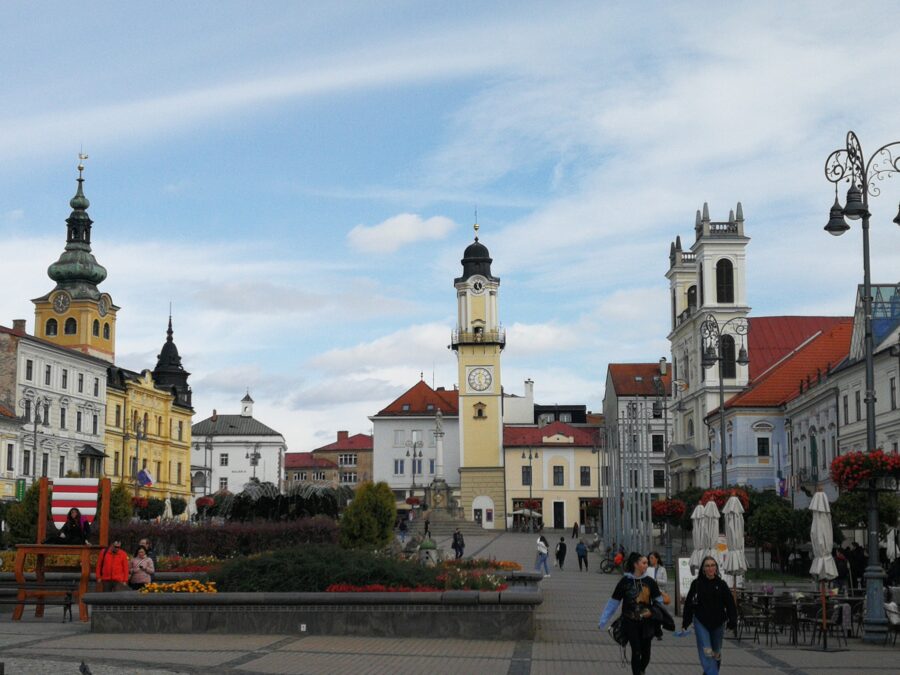 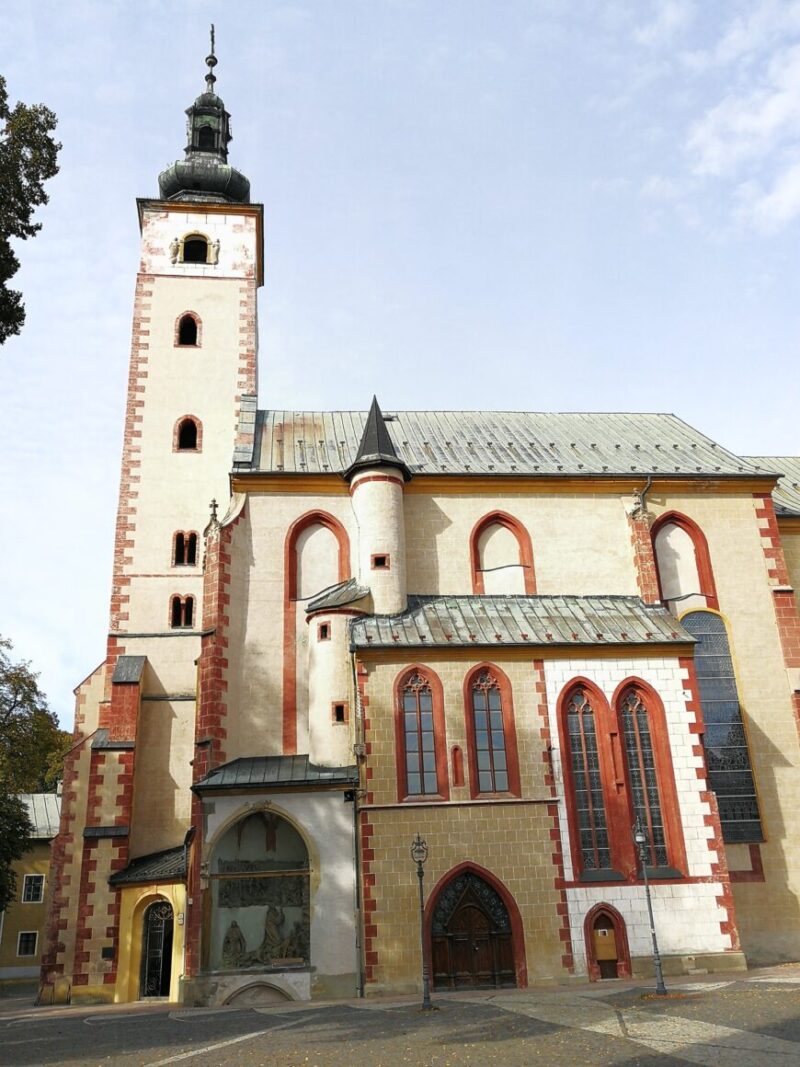 Banska Bistrica - The Church of the Assumption of the Virgin Mary - r.g. photo 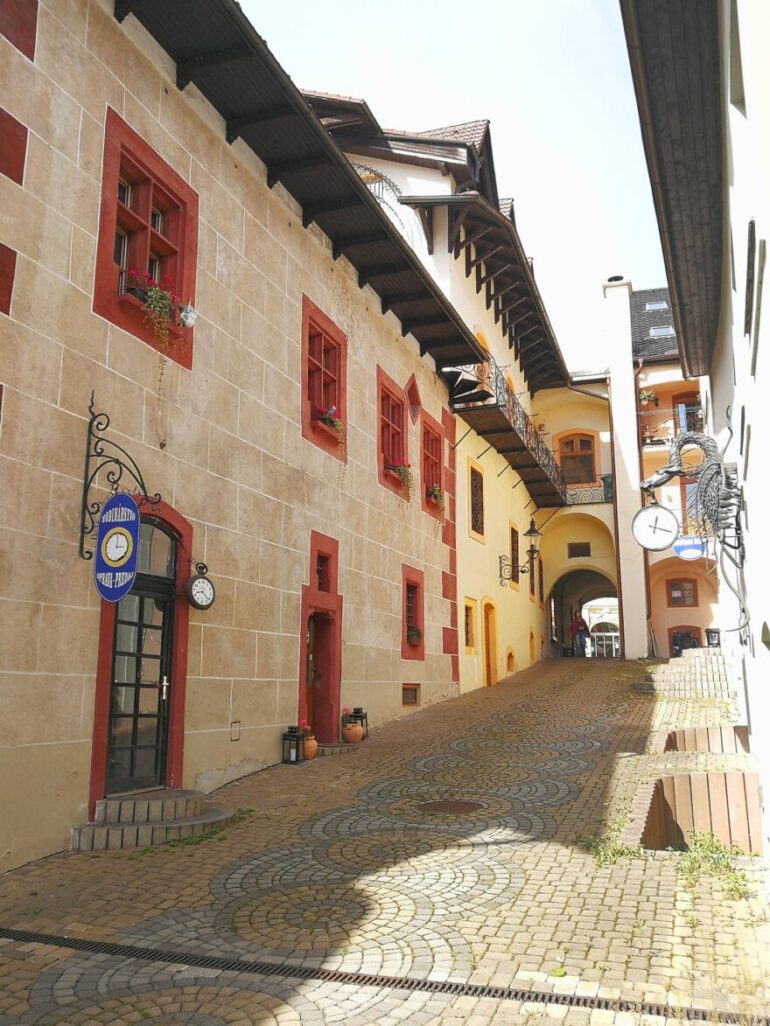 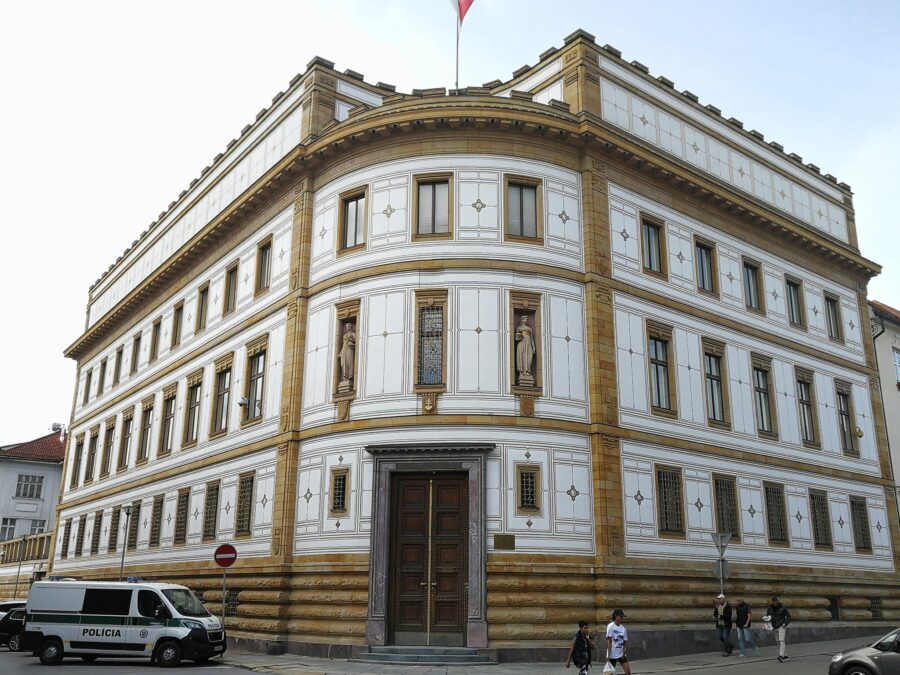 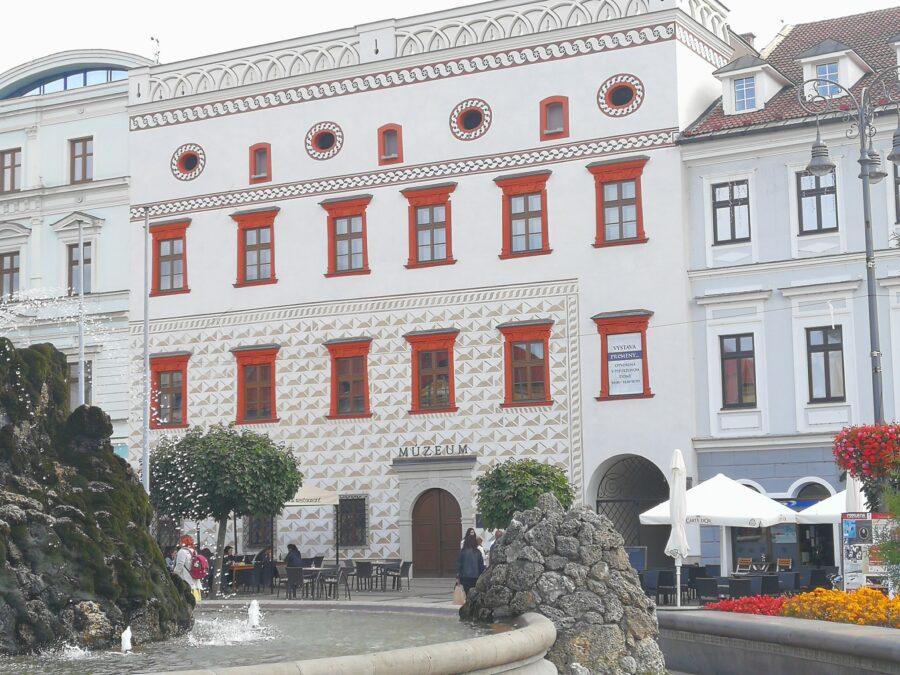 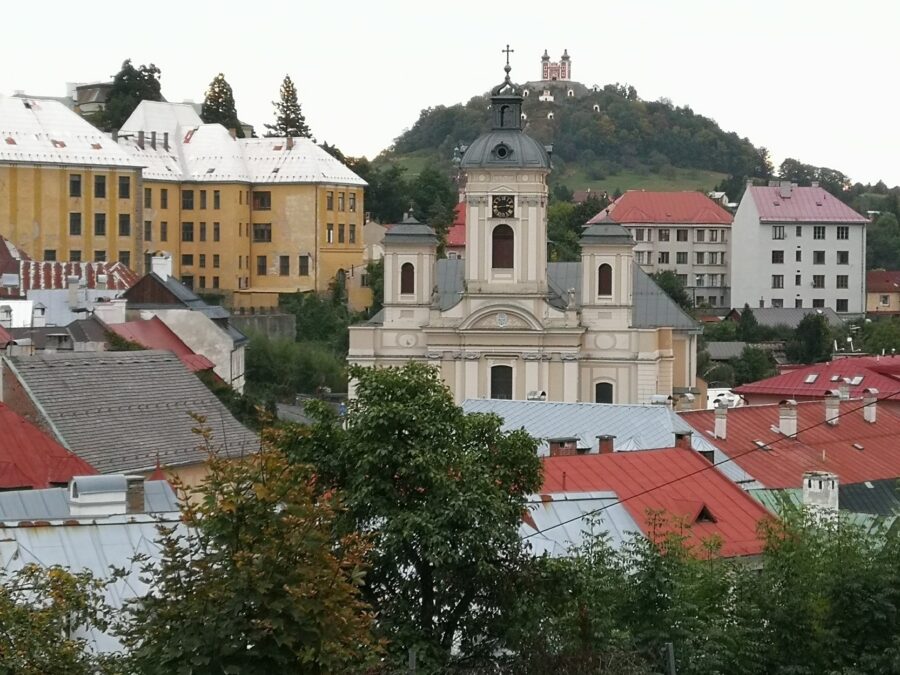 Slovakia - Banska Stiavnica - view with the parish church of the Assumption of Virgin Mary and the Calvary Church on the top of the hill - r.g. photo 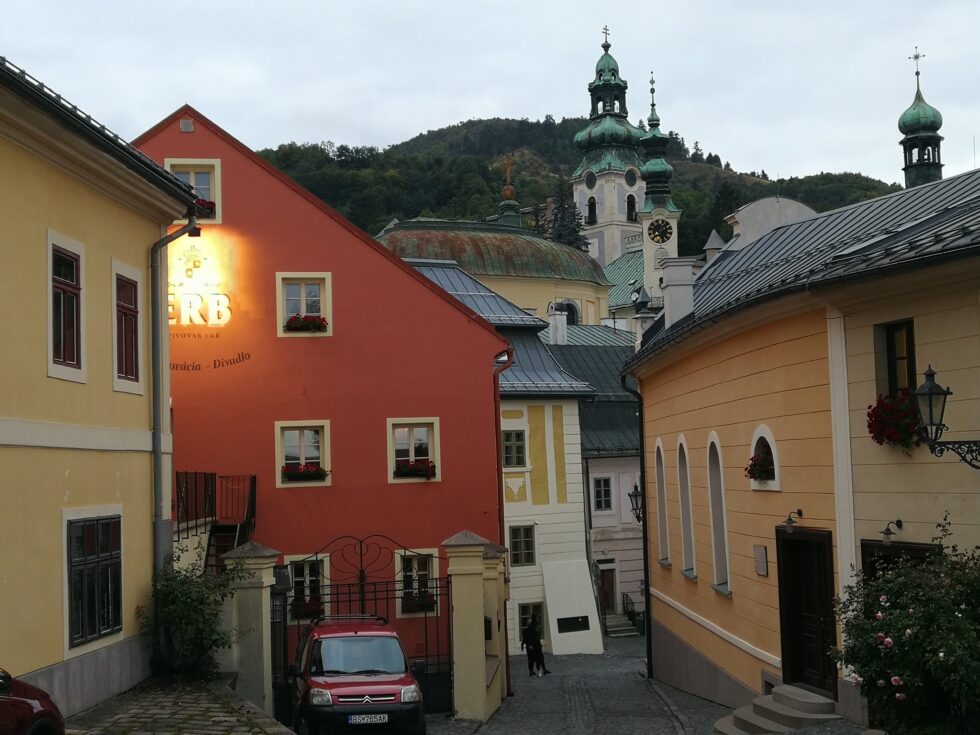 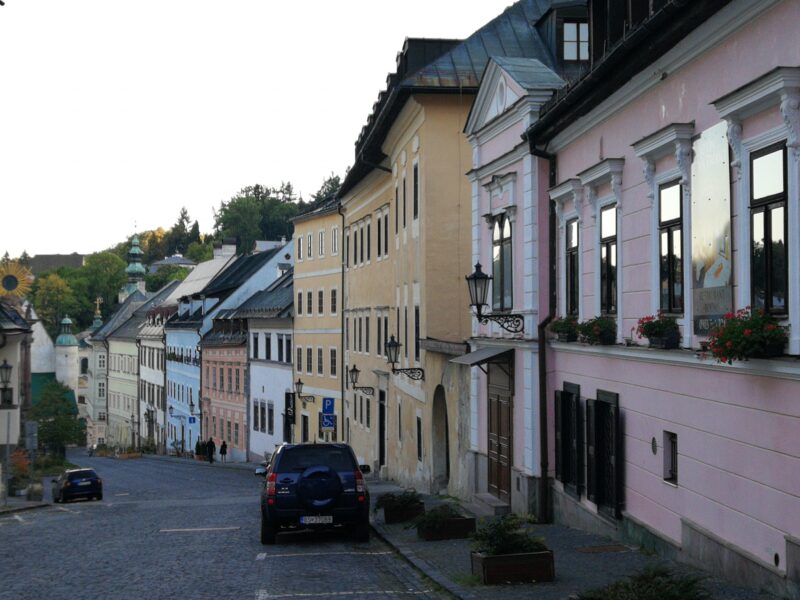 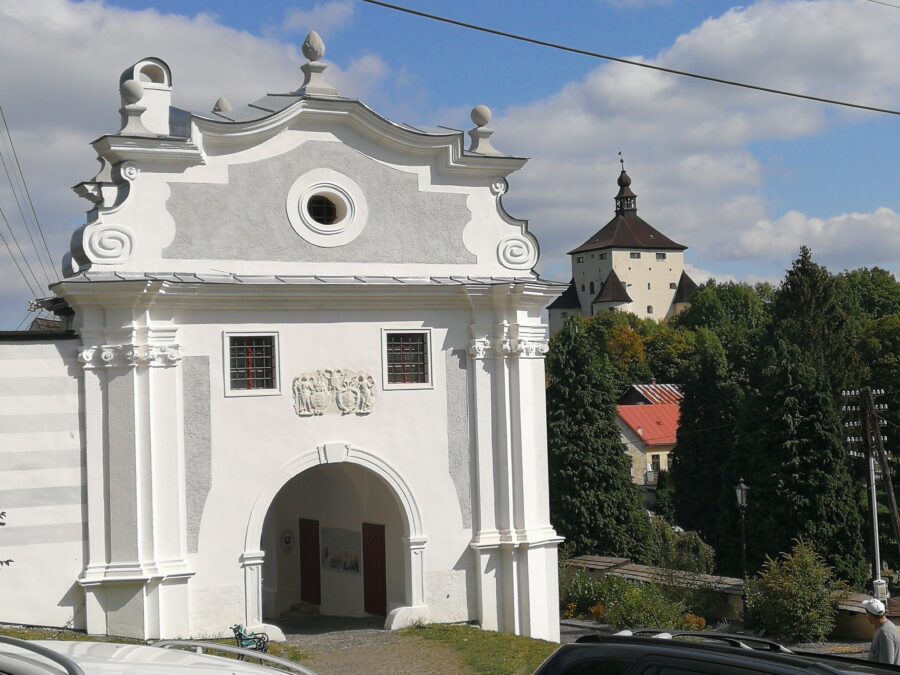