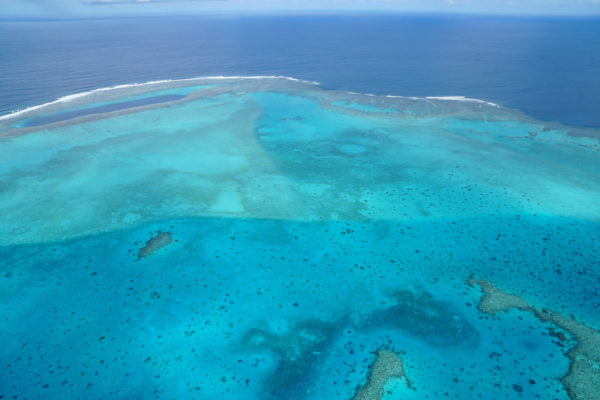 1.    ‪Taking a water-taxi trip from Anse Vata to Duck Island and settling there to have a nice beach picnic and do some snorkeling

2.    ‪A 2-day trip to the romantic Isle of Pines, enjoying the fine sand of its Kuto Bay

3.    ‪Learning about the interesting cultural heritage of the indigenous Kanak people

5.    ‪Eating fresh baguette and a fruit tart in a perfectly authentic French bakery on this brutally far-away piece of Oceania

8. If we compare the infrastructure of New Caledonia with one of all the independent states in Oceania, then we can easily conclude that  remaining with France is a good deal for the local people

9.The bay of Noumea is attractive (except the cruise port)

10. The east coast is more interesting than the west one

1.    ‪Like in France, locals either do not speak English or cannot be bothered to make the effort of speaking it

2.    ‪Many shops and even tourist sites are closed on Sundays, and even on Mondays

5.    ‪The domestic network of Air Caledonia is not reliable

7.   Few valuable tourism attraction - some churches, an open-air museum - we missed though the North which is allegedly mor interesting

8.   Noumea has some ugly industrail character too - containers, a port for freighters, mining installations - not romantical

9.  Locals (the Kanaks) smoke and drink a lot. When they are kicked in, they may behave erratically. Even when sober, the locals are overly temperamental. 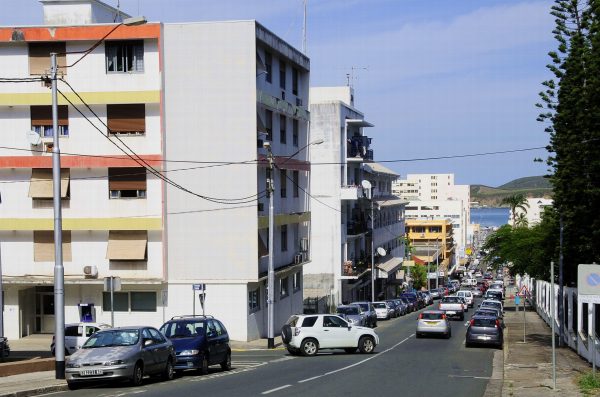 “Here in New Caledonia, the seasons are as follows: October to December is the the warm, dry season, while January to March are warm and wet (it’s also the cyclone season…) The place is fantastic, and there’s no bad time to visit – despite the occasional cyclone. Unlike the other islands of Polynesia, they drive on the right – good news for European and North American drivers!

For anyone planning to visit, my advice is to book your accommodation early, because it’s a a very popular holiday destination for French, Australian, and American travelers. Of course, you’re also more likely to get a bargain if you book ahead.

Traveling in Asia had accustomed me to dirt and litter everywhere, so the immaculate cleanliness of the island’s main port, Noumea, came as a shock. “This is no Asia.”

We decided to visit the Tjibaou Center, which celebrates the culture of the indigenous Melanesian/Kanak peoples. Unfortunately, the introductory video was only in French, so while of course, we were the only viewers, we didn’t understand a single word. Still, the recordings were interesting, and our stroll through the paths of the paradisiacal gardens lefts a deep impression.

Traveling down winding dirt roads lined with very thin-trunked, pine-like trees, we came to some extraordinarily romantic spots. Before us was the ocean, sparkling with every conceivable shade of blue. To reach it, however, sometimes involved struggling through dense mangroves. But with the temperature climbed to an uncomfortable 38°C, we paused in the shade for a quick gastronomic experience (during which we fell into conversation with some locals, who always seem to be drinking coffee and chatting in such places). Then we were on our way again.

My partner always buys (and sends) postcards from our travel destinations. That was the plan here as well, but we didn’t have any local money and the The Melanesian lady behind the counter didn’t really know what to do with either US or Australian dollars. After a moment’s thought, she took some money out of her own (!) wallet and put it in the register, then handed over the postcards with a smile, and blew a kiss towards my partner to signify that the problem was solved. She then handed back the global currency, saying apologetically that alas, “mon petit”, it was worthless to her. There are some wonderfully strange people in the world…

“We set off towards Lemon Bay, which is, without doubt, the locals’ favorite spot on the island. The beach was perfect. There were no sun umbrellas, but there were enormous native palms, which cast welcome shade. The crystal-clear waters of the Coral Sea were a balmy 28°C – all in all, a very difficult place to leave…

“The last time I was here, there was a small secluded part of the lagoon I would visit to relax and dive. Setting off this time, I was stopped by a sign which stated that I couldn’t go that way because it was ‘dangerous’. It should be noted that there are venomous water snakes (black and white in color) and sharks can be found in this place. (I don’t usually swim deep enough to meet them, except once when I went diving at the big coral reef.) Since I wasn’t alone, we decided to move on to the pristine lagoon. It is a half-hour walk from the port. Along the way, we stopped at several places to take pictures and admire the scenery. The temperature must have been about 30 degrees Celsius, maybe even more.

Several cars passed us on the way, but fortunately, none stopped to question us. At last, based on the directions I’d been given, we managed to find the beach. We were lucky enough to meet two other people who knew the place. We were there for a few hours, and I spent practically all the time in the water, it felt so good. Maybe I was a fish in my previous life, which would explain why I am so attracted to the sight of the sea. I could swim in it for hours. But I don't think anyone could have resisted that place.” (2018)

“The smaller islands where the ship anchors are Mare, Lifou, and the Isle of Pines. Here I always stay close to the beach, because the water is so beautiful. The colors are completely captivating, even when it’s raining. There are not many hiking opportunities in these places. The main things here are easy diving and island tours. So, if you prefer relaxation over-energetic activities, these places are perfect.

Seeing the turquoise waters and the white sandy beach, you just want to stay there all day and admire the beauty of the place. It feels like you’re in a dream, but no. This is also part of reality.

On the island of Mare there is a ‘natural aquarium’ that not many people know about (or know about, but just don’t get to). From the boat, everyone heads straight for the beach (Yejele Beach). I managed to discover this hidden place, with its untouched nature (the Natural Aquarium). It’s only a 45-minute walk from the boat, but that feels long in the heat of the day. Signs also show the way. And the spectacle is worth the effort.

On the island of Lifou, you can also go swimming in a cave. It’s not easy to find this either, but as they say, he who seeks will find. The cave is located after the Catholic church, about a quarter of an hour's walk from the port. The depth is seven meters, and the water is crystal clear and refreshing. (2018) 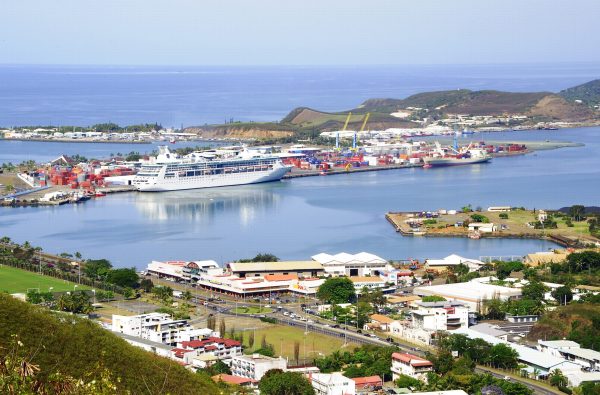 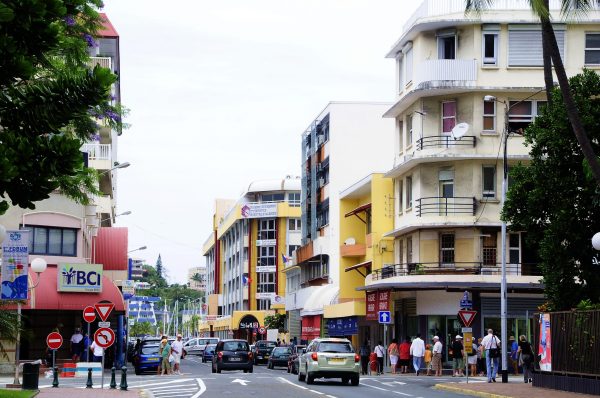 Oddly, you can't hail a taxi on the street. Either you have to look for a taxi rank (cab stand) or order by phone.

Hitchhiking is an easy and well-accepted way to get around. Mostly the local French people stop, not so much the native islanders. 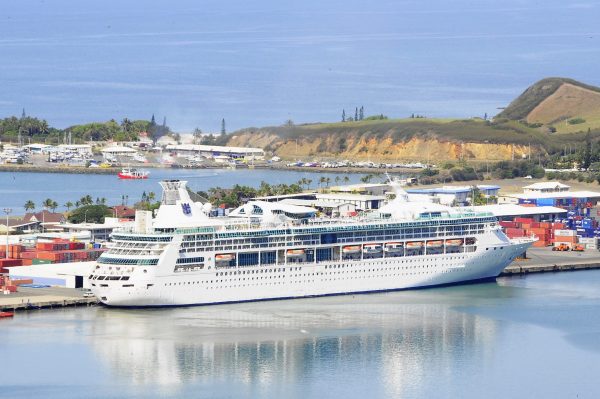 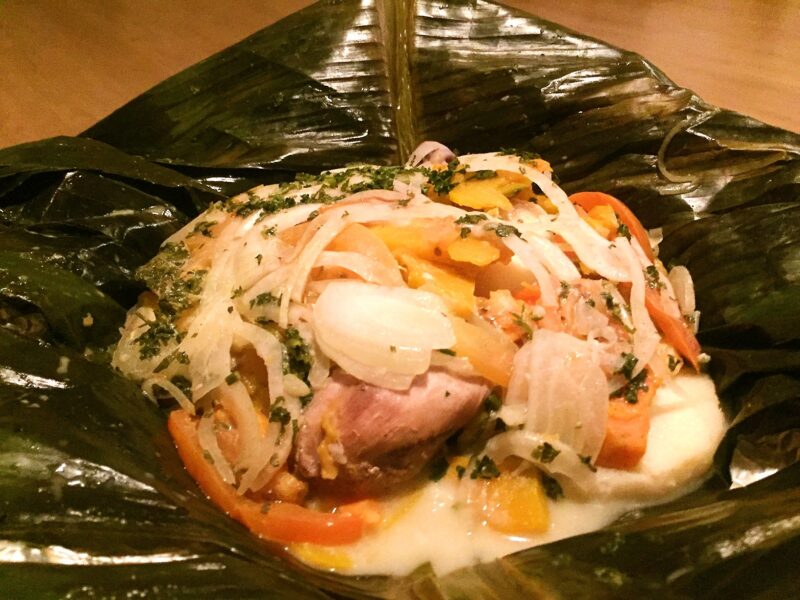 As for gift shopping, Noumea's market may offer the widest choice.  Look at these: jewelry made of real pearls and shells, carvings, colorful clothes, all kinds of objects made from coconut. 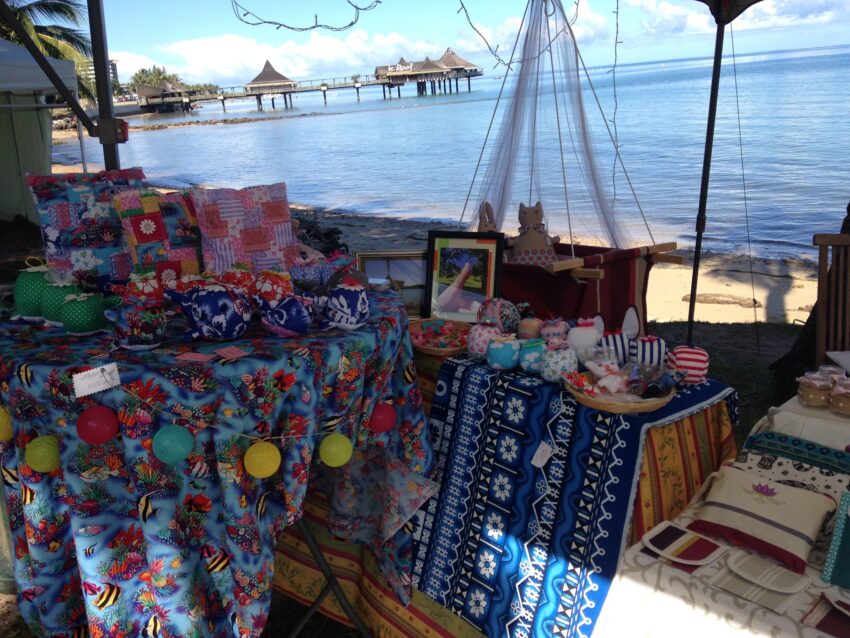 New Caledonia is a safe tourist destination. Thefts are common in Noumea only. Do not leave valuables on the seats of your rental car.  Mugging is almost non-existent.
Be careful around the pubs because you risk becoming an endurer of a quarrel among local drunken guys.
There is no terrorist threat in New Caledonia. 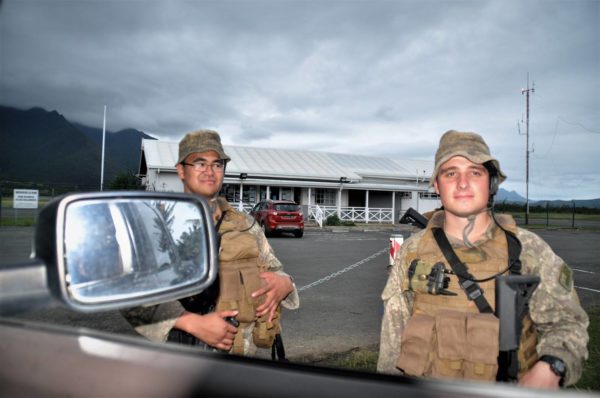 The health infrastructure is of a high standard; after all, it is a French territory. 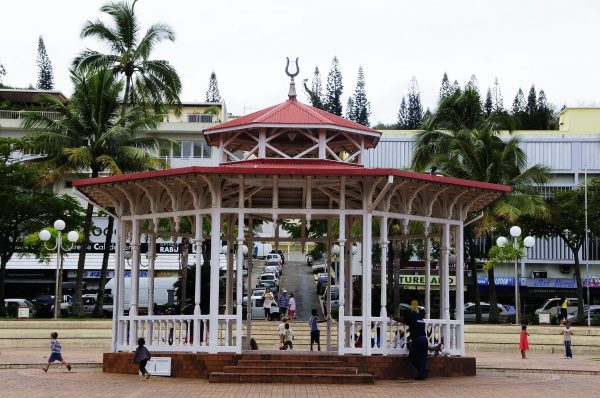 New Caledonia is a French overseas territory in the Oceania, in the southwestern Pacific Ocean, 1200 km ( 750 mi) east of Australia. Distance from New Caledonia to motherland France is 16,820 km (10,451 mi).

Languages: French is the only official language, but local Kanak languages are also widely spoken

The east coast is more interesting than the other parts. 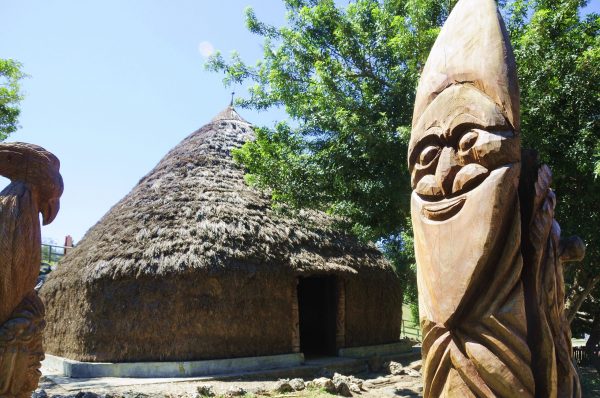 The territory was annexed to the French colonial empire in 1853, used by the France as a penitentiary, and mainly political prisoners were sent here.
Later, France found an even more important reason to stay: nickel. This is where a quarter of the Earth's nickel reserves are located.

In the eighties, violence flared up between the indigenous population (40%) and those with French origin (33%().  In 1998, the so-called Noumea Convention solved the conflict by declaring to held three independence referendums between 2002 and 2022. The 2018 and the 2020 referendum ended with No for independence, so remains one more referendum, and that is in 2022.

Nickel reserves and tourism are not enough for survival,  so the economy is heavily dependent on the Frech budget support, namely 1 billion 300 million Euro a year.

Young natives are seemingly getting off the Melanesian traditions and are intensely lost in the globalized way of life.

"The natives of New Caledonia, the Kanaks, came here from the Solomon Islands 3,000 years ago. The Kanaks honor the homeland as a saint, and their relationship with nature is very emotional. All the same, modern civilization is now fully integrated into their lives: they drive a car, have a freezer, watch TV. Somehow, though, they’ve managed to preserve their deep reverence for nature. It is imagined that the souls of their ancestors can dwell in any tree or stone. 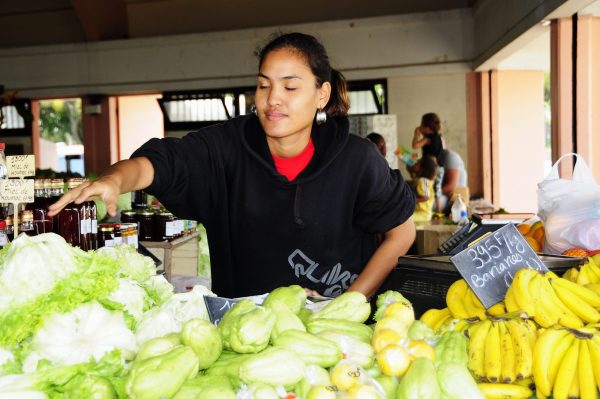 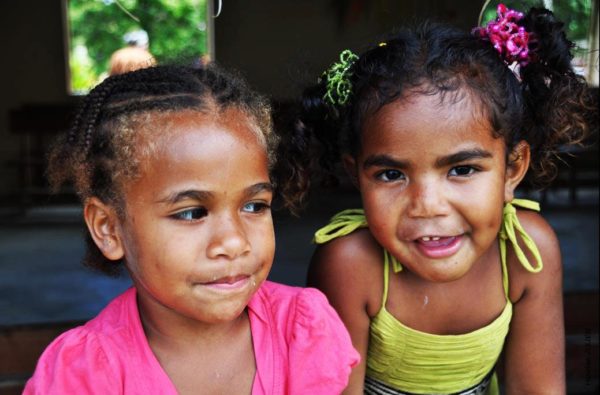 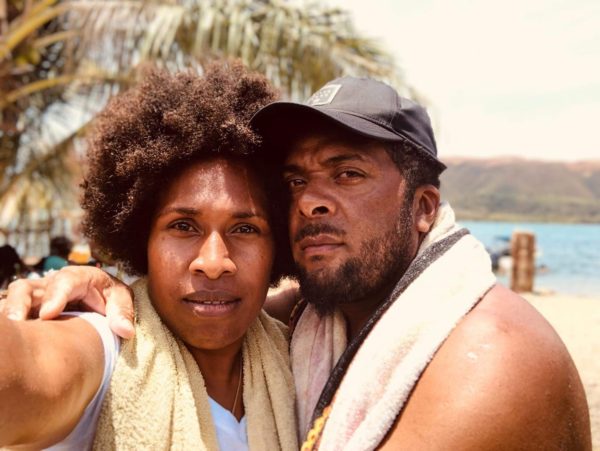 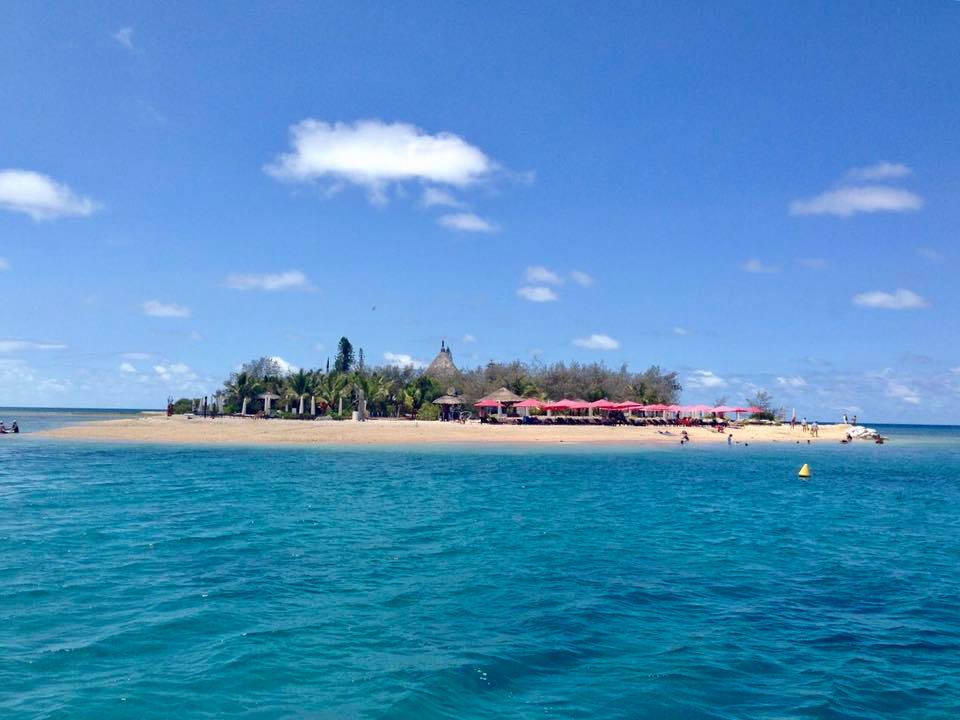 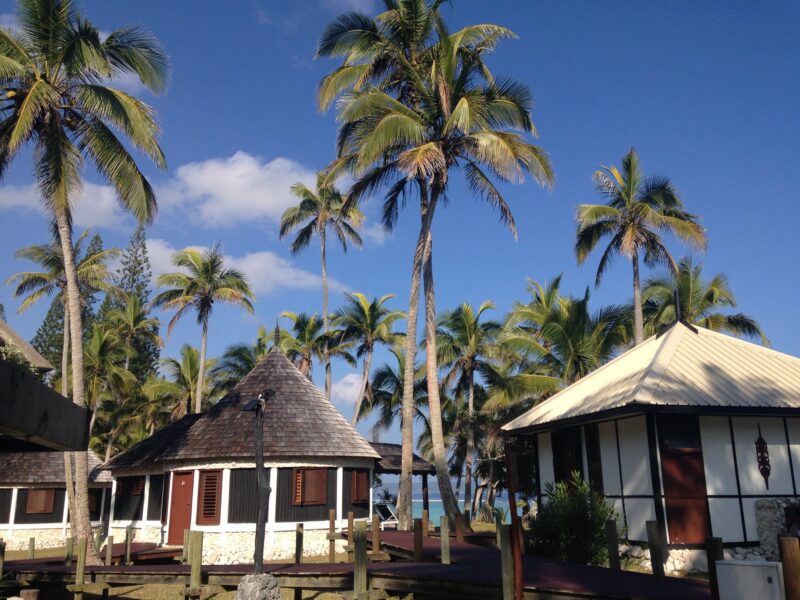