1. Most locals are cheerful despite the poverty on the island

2. We met very few tourists - foreigners are either refugees deported here by Australia or expats from Australia and New Zealand

3. The sky is unusually starry and sparkling

5. Funny that they need to close a road off whenever a plane is landing or taking off at the airport

7. Fresh fish and other seafood

1. The sad scene of the refugee camp aggressively forced on Nauru by Australia

2. Witnessing Nauru’s severe environmental and economic problems due to the ravages and collapse of phosphate mining

3. The beaches are full of stray dogs

4. The landscape of inland is unattractive - the mostly abandoned phosphate mining sites make it look like a barren moonscape

5. Most locals are terribly overweight (they would rather eat processed meat than fresh fish)

6.The very complicated visa procedure, requiring a lot of certificates - Hey Nauru!  You, bureaucratic pedants! Why are you making all that fuss?

7.The frequency of the flight connections do not allow to spend 1-2 days only

8. Visiting Nauru was a mistake - tourists are unwelcome or at least suspected to journalists who are eager to write about the refugee camp

“According to the WHO, Nauru is, per capita, the most overweight country in the world: the average adult weight is 100kg. 97% of men are overweight, and 93% of women. The proportion of clinically obese people – meaning a BMI of over 30 – stands at 71%. Anyone can calculate BMI, of course, but just for comparison: a BMI of 30 means that someone 175cm tall weighs 92kg. That’s the condition of over 2/3 of Nauru’s inhabitants. One consequence of this epidemic of obesity is that 40% of the population is diabetic.

But how did this happen in a true tropical paradise?

For thousands of years, the natives of Nauru lived like other Polynesians: they fished (but didn’t hunt, because no mammals are native to the island) picked coconuts and tropical fruit, and were remarkably healthy. This idyll endured until the mid-20th century, when the island was first occupied by the Japanese army during World War Two, then liberated by the Australians, before the island proclaimed its independence. At around this time someone first noticed that the reason a large part of the island was uninhabitable was because 90% of the territory is covered in a layer of phosphate several meters thick. This, incidentally, was formed from the feces of seabirds accumulating over long centuries.

From the 1960s onwards, this phosphate was extracted by open-cast mining, and this brought huge sums of money to the island, compounded by the fact that it became a paradise of tax dodging and money laundering. Individual income tax has been abolished, and there was a period when anyone could establish an officially recognized bank on Nauru – all you needed was to put up $25,000, and no further questions were asked. In the 1970s Nauru had the highest GDP per capital on the planet. With huge sums of money at its disposal, the government launched a series of seemingly random investments, buying up hotel chains in Australia and launching a national airline. At one point they had so many Boeings that they could have put 20% of the country’s population aboard them at the same time.

It wasn’t just the government that had no idea what to do with this newfound wealth, however – its citizens were equally at a loss. Nauruans stopped working, since they could live perfectly well without it. Today 90% of the country’s population is unemployed, and 95% of those who do have jobs are employed by the state. They also gave up fishing and cultivating fruit, and replaced these with the culinary habits of Australia – a scary number, for instance, took to drinking large quantities of sugary soda every day. Since obesity had once been a signifier of prosperity, honor, and high social status, nobody worried too much as the entire population began to put on weight.

These days most of the phosphate mines have been exhausted, the accumulated reserved have run dry, and GDP per capita has fallen back to $5,000 per capita (approximately the same as Congo and Swaziland, and a quarter of the per capita wealth of Hungary). The country is on the brink of bankruptcy, and sustains itself only thanks to Australian aid. Overweight Nauruans look at one another, how all this could ever have happened. (2016) 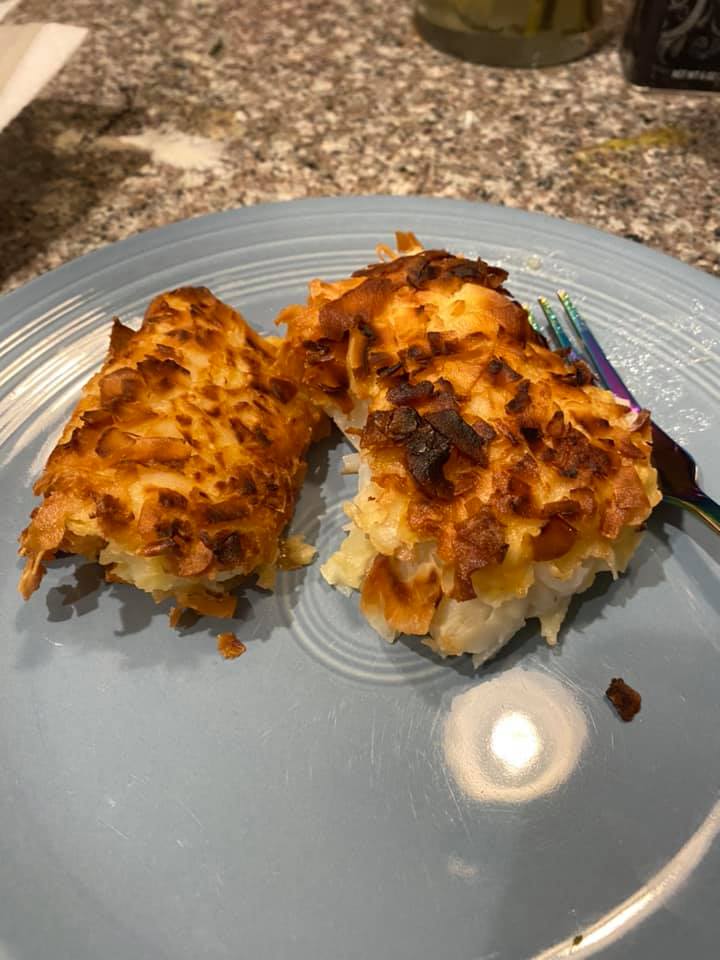 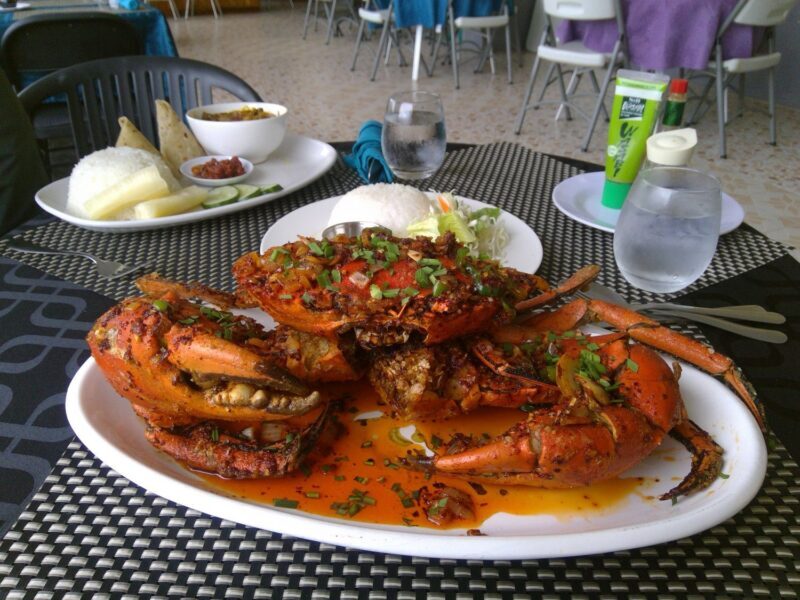 The Australian Government gives Nauru a tremendous amount of aid, among others, to help the health structure with qualified doctors and facilities. Many ordinary people  in Australia though resent that by the misuse of related laws false refugees are coming from Nauru to Australia under the pretext of ,,medical treatments".

There are several hypotheses about where phosphates came from on Nauru. The most popular is that birds have been flying for centuries, shitting on Nauru, and the excrement has become phosphates. According to the second version, when the island was underwater and corals grew over the volcanic platform, organic matter mixed with limestone and formed phosphate granules. Well, then the island rose from the sea. Third version: phosphates were formed directly as a result of a volcanic eruption.

The central part of Nauru is similar to the Moon, everywhere sharp blocks of limestone rocks.

Japanese captured the island in 1942 and sent 1,201 inhabitants to Micronesia. Almost half of them died from starvation and bombing, and the rest returned to the island in 1946. In 1949, the population of Nauru was only 1,500.

Thousands of refugees try to get into Australia illegally. The Australian government doesn't want most of them, so they agreed with Nauru on a win-win business. Australia transports the refused refugees to Nauru, which keeps them in camps. Nauru receives a steady income for its,,hospitality".  The authorities are ashamed of thus human business and unwelcome journalists who want to visit the camp. 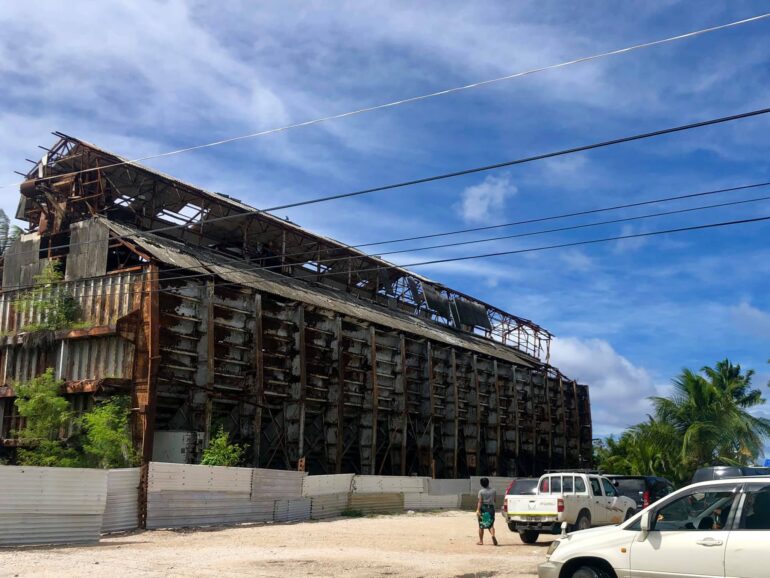 Nauru - The condition of this building wholly characterizes Nauru's economic decline after the end of the gigantic phosphate business. - Viktor Ohotin's photo 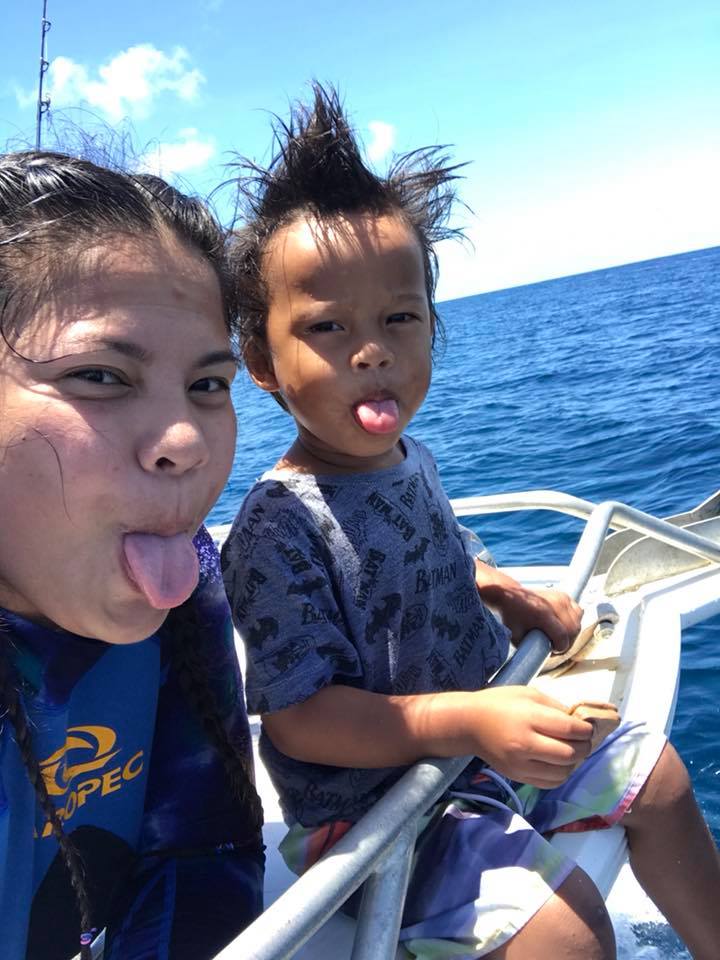 1. It is strictly forbidden to communicate with refugees, photograph them, and interview them.