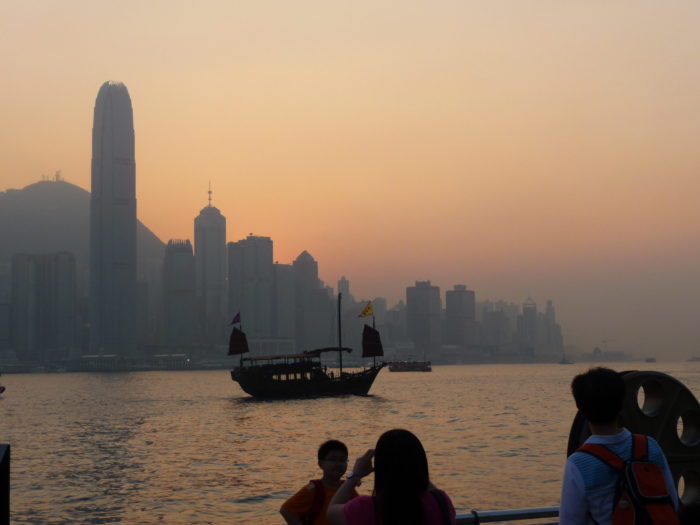 1.    In my view a more exciting and interesting megacity than Bangkok, Kuala Lumpur or Singapore
2.    The short but entertaining journey on Star Ferry between Kowloon and Hong Kong Island
3.    Repeatedly admiring the Hongkong skyline at night, and enjoying the laser show
4.    The very particular mixture of British colonial heritage with both old and recent Chinese culture
5.    A shopping paradise with great nightlife and twenty-four-hour bustle
6.    The public transport system is almost perfect
7.    Magnificient panoramas from different locations, but the best, of course, is from Victoria Peak
8.    The world’s longest escalator
9.    Chinese people at their most pleasant
10.  Everything works smoothly, with super safety
11.  Easy to make a very interesting one-day excursion to Macao
12.  The double-decker trams

1.    The air is not clean in the city center
2.    A very noisy city
3.    The endless crowds of people can get tiring after a while
4.    One of the most expensive cities in the world
5.    The pushy salesmen of Tsim Sha Tsui street
6.    High air humidity and a lot of rain in the summertime
7.    Somewhat monotonous impersonality of the crowd – everybody is in a hurry all the time
8.    Unlike in Singapore, here you can find dirty streets
9.    Not too many real cultural sights
10.    Surprisingly, many locals speak poor English 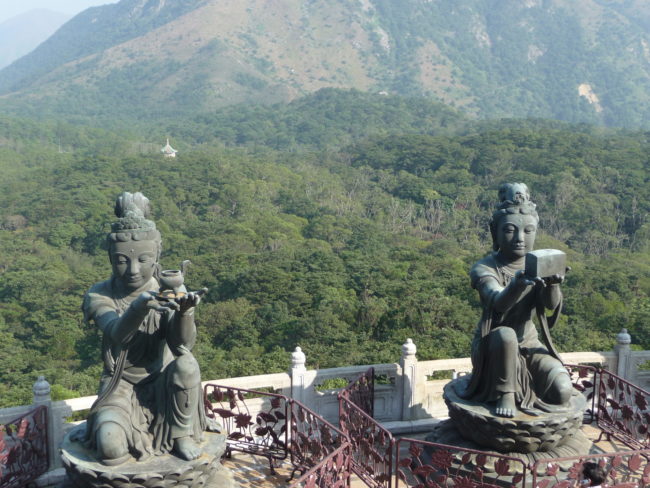 “Want to lose yourself, mingle, soak up the culture and get to know the city? It won’t be easy. Very few people here speak good English, which is strange, since it was a British colony for over a century. Still, the population has doubled over the past sixty years, so it’s no wonder they don’t all eat sausages and baked beans for breakfast.

Sometimes people can be quite rude, and Berni lost his temper on more than one occasion. Still, at least everything is written in English, so sightseeing remains an option. There are about three main sights, assuming you don’t count Disneyland, and fortunately the local version of the giant Buddha statue which is so trendy in Asia was far enough away to occupy half a day. It wasn’t bad either, and the view was good. There’s also a national park just a few kilometers from the city center, with fresh air, sunshine and all the rest. Oh, and a statue, but hardly an antique one: I think it was put up about 15 years ago.

The city has its own viewpoint, of course, Victoria Peak, which would have been great if the city below hadn’t been blanketed in fog – even from above, fog just isn’t that interesting. The day before we’d seen the same thing from the 52nd floor of the WTC, so you can see that this fog pretty much accompanied us for the duration of the trip. I wouldn’t advise anyone to come to Hong Kong in March, unless they like damp, foggy weather laced with a generous helping of air pollution. All the same, the view from the bus on our way to the top was nice, or at least interesting, in that they’ve managed to cover everything, even steep hillsides, in skyscrapers and apartment blocks. It’s good that there are no volcanoes, here, since they’d surely fill the crater up with apartment buildings. The laser show beamed from the downtown skyscrapers didn’t impress me so much – the ever-present fog meant we didn’t see much, but even if we had, I have a feeling it would have been pretty kitsch.

So all in all I’d say it’s worth visiting once, especially if you’re a fan of megacities, but I certainly wouldn’t want to live here. Even if I did, I probably couldn’t afford more than a cupboard on the 40th floor of some concrete tower. The fact is, I don’t think I’m going to really fall in love with anywhere in Asia: there are just too many people, and this combination of aping aspects of Western culture while trying to graft it only Eastern traditions just doesn’t work for me – the whole thing just appears grotesque.”

“What I liked: my first impressions – the cleanliness of the airport and the smell of the bathroom. The high sidewalks and underground transportation. The fact that you don’t have to wait too long at a red light. The cleanliness of the streets and the vibrant nighttime atmosphere in Soho. Also the long escalator, and the bars and restaurants which line it.”

“The MTR (express train) ‘flies’ into Hong Kong station in just 25-30 minutes, and from there many interesting things are within walking distance. Victoria Peak is an unmissable attraction, and despite the often cloudy weather, it offers spectacular views of the city. What surprised me most (apart from the crocodile food sold as a culinary delicacy in the market 😆) was how unbelievably clean the city was. Something we could learn from back home. 😊 (E. N., 2018)

If you happen to be a particularly fastidious inspector with the hygiene standards authority then I might not recommend a culinary tour of Hong Kong, but to anyone with my own approach of playing it by nose then I definitely would! Firstly, I should dispel misconceptions by pointing out that everything is labeled in English, or at least in Latin characters, so don’t be taken in by the myth that a European will die in Hong Kong… Well, of course, anyone can die any time, but they won’t die because they can’t read labels. We went to an indescribably noisy place, and ate everything which was steamed and sticky. I loved it, though they also served those penis-shaped shellfish which – I think – I could never bring myself to put in my mouth, especially having seen what they look like alive.

A new, bustling, clean, mecca for finance and business? Nope, the place is an absolute hole, and the pollution is so bad you can barely see across the bay!

The Octopus Card covers almost all public transport:  bus, metro, and ferry (the exception is the tram) The card can be redeemed, recharged, and refundable at the end of the trip.

The hypermodern subway is crowded even at ten in the evening, though it runs every three minutes. 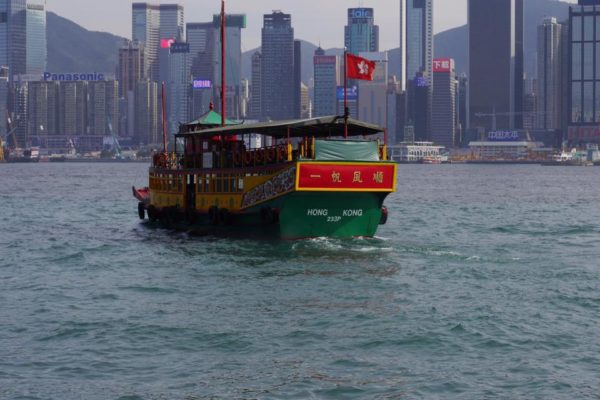 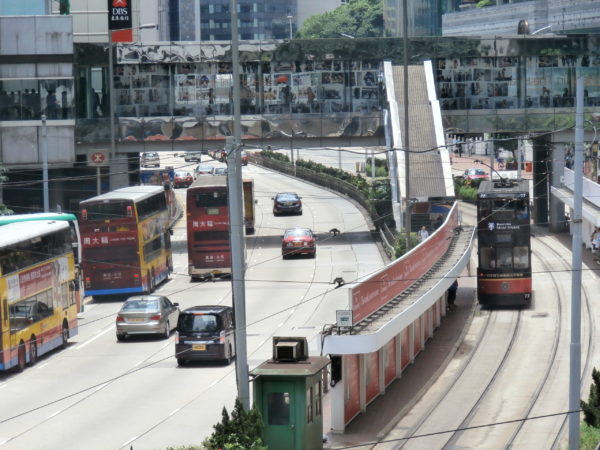 Hongk Kong - traffic not in the rush hours - Krista photo 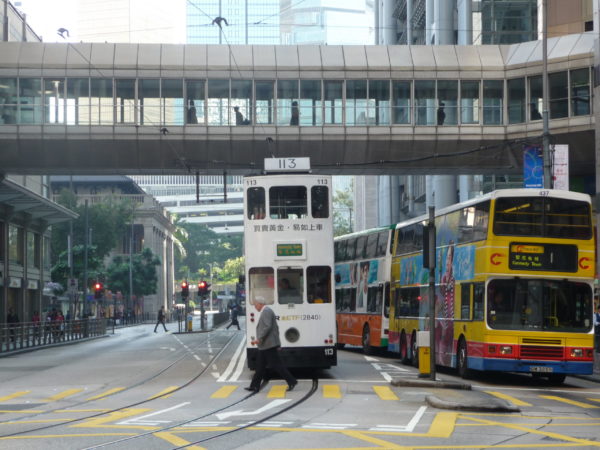 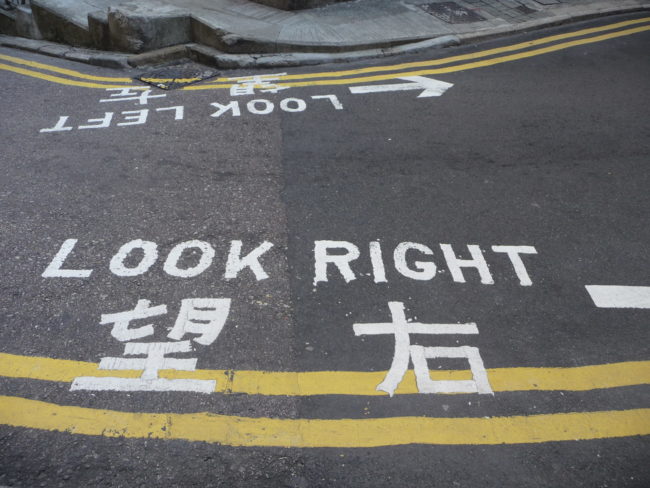 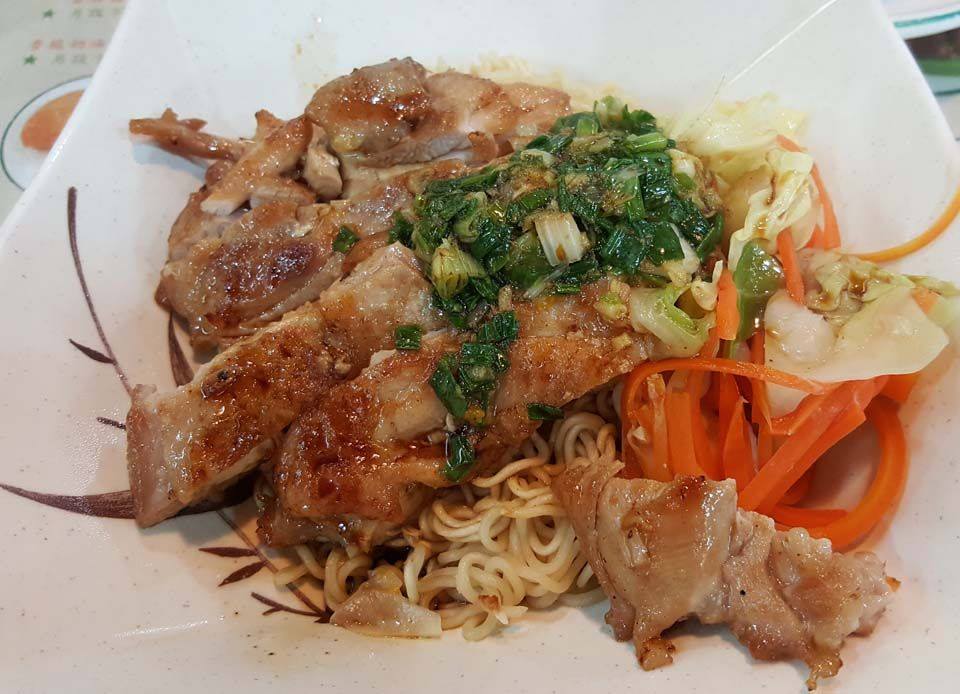 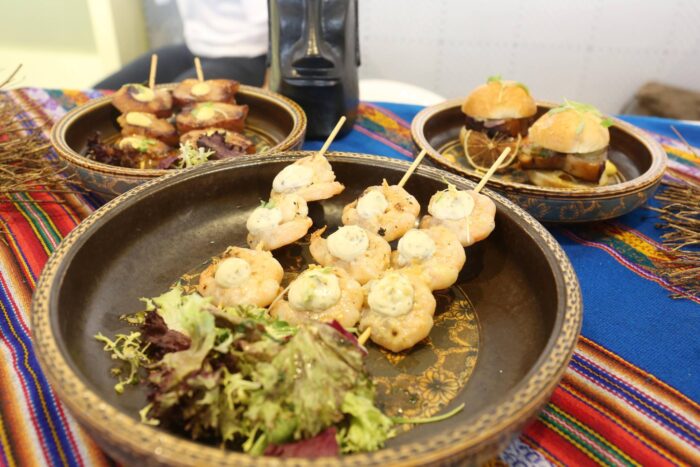 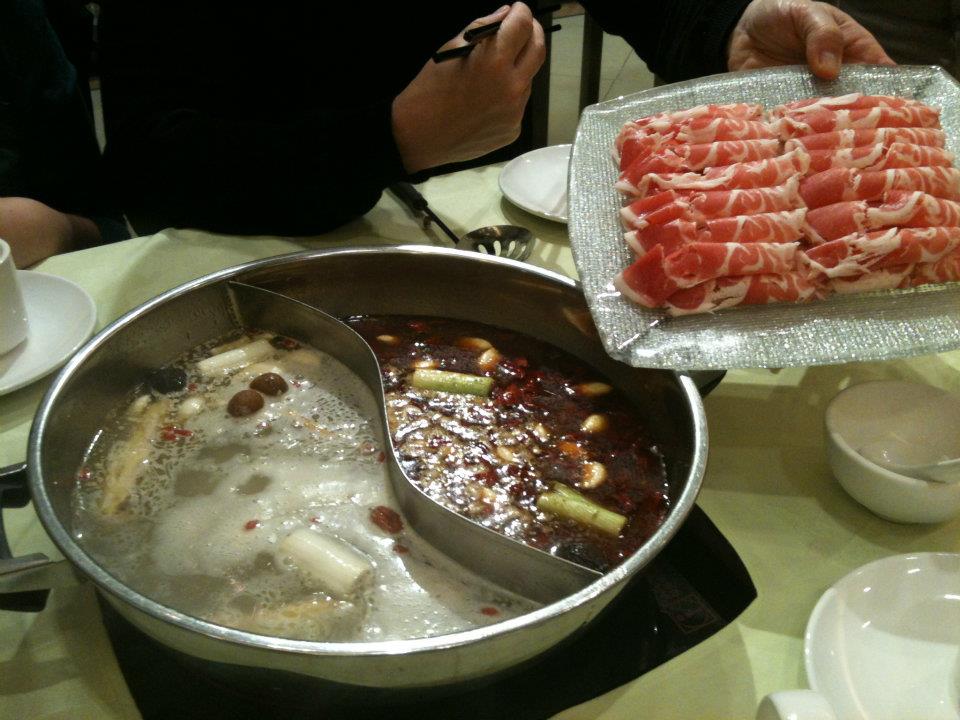 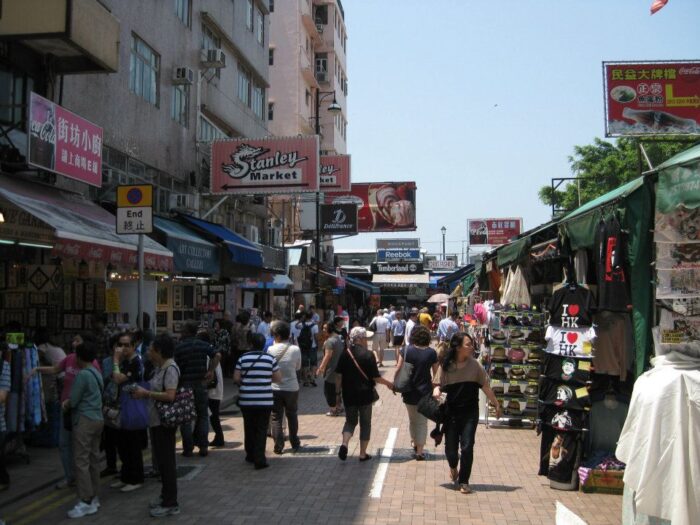 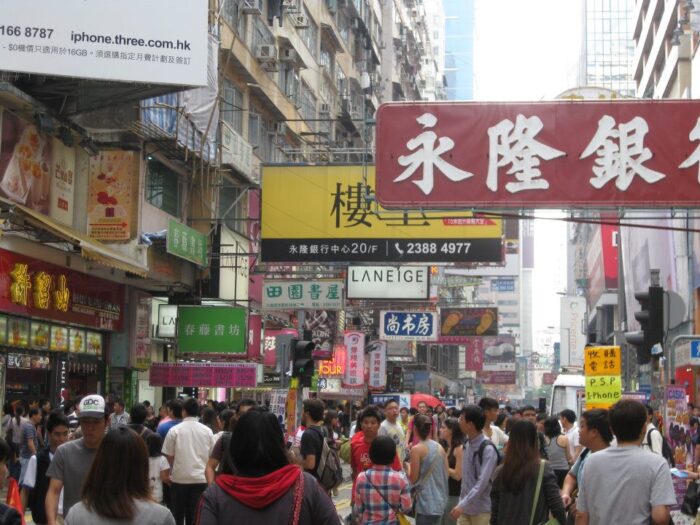 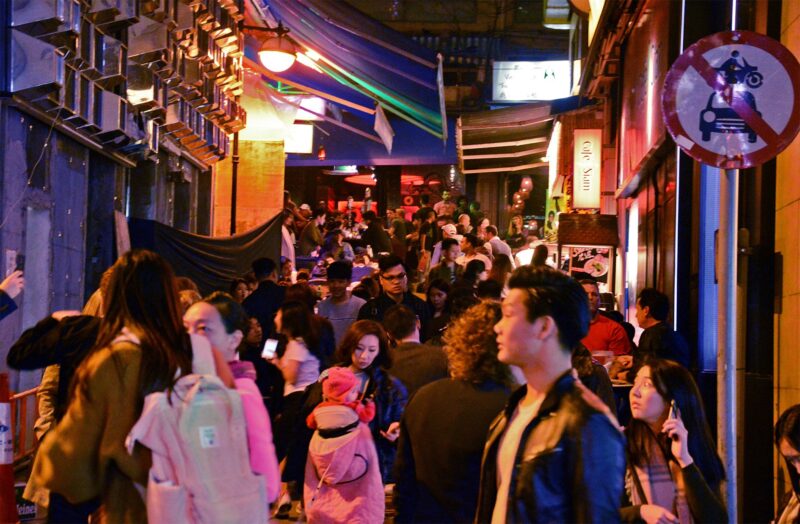 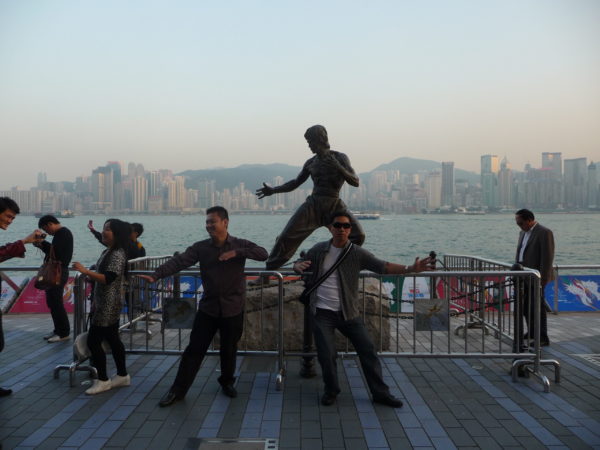 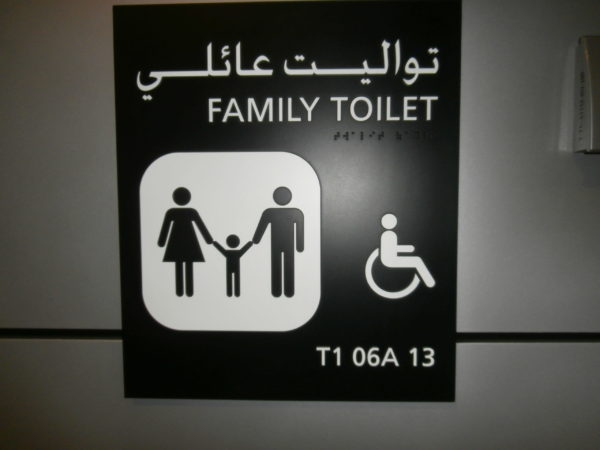 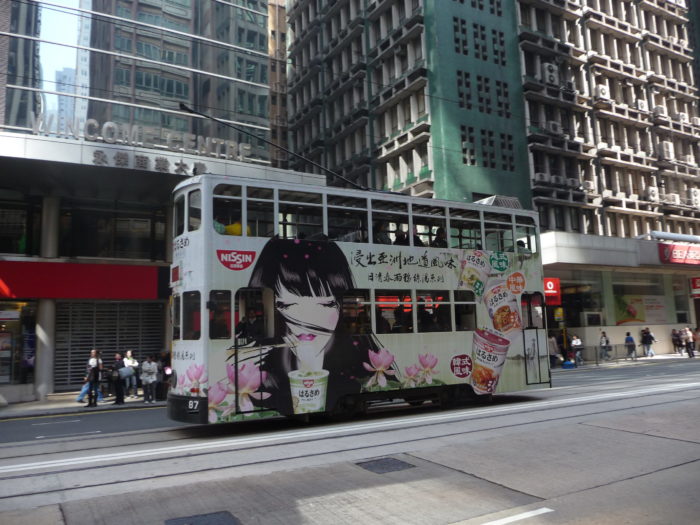 Hong Kong is in the Far East and is a so-called Special Administrative Region of the People’s Republic of China. Its territory is surrounded by the South China Sea.

Hong Kong consists of 4 regions: Kowloon, Hong Kong Island, the New Territories and the Outlying Islands. Its proper center is on the two sides of Victoria Harbour: Kowloon and Hong Kong Island.

Hongkongers are some of the most stressed people in the world.

Religion: About 43% of the population is religious, and the majority of these follow the Chinese traditional religion, which is a mixture of Buddhism, Taoism and Confucianism, infused with local beliefs and practices.

Driving is on the left side (British legacy)

Public safety is excellent, except at times of political demonstrations.

Optimal timing for a tourist trip: End of September to December and April-May

Girls in Hong Kong always have an umbrella in their bags in the summer. They carry them not to protect themselves from the rain (although rains are wildly heavy in Hong Kong in the summer), but from the sun, so they don’t get a tan. Having pale white skin is a symbol of beauty in Hong Kong.

Many people wear face masks regardless of whether they are sick or not (all that long before Covid-19). This may be because of pollution or fear of getting sick due to cramped spaces in the subway/buses. 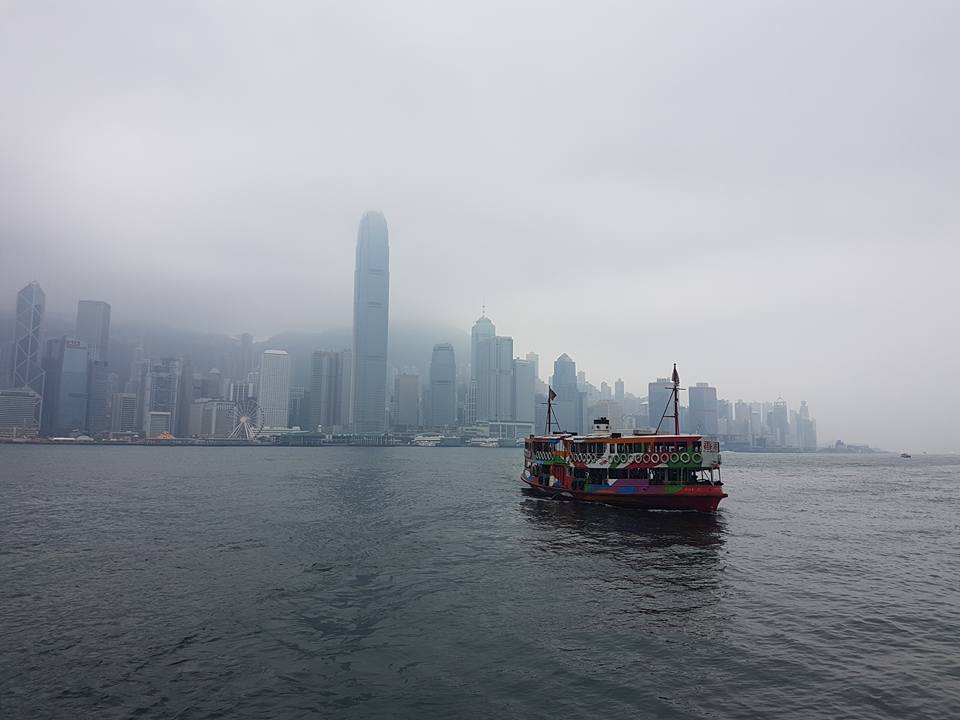 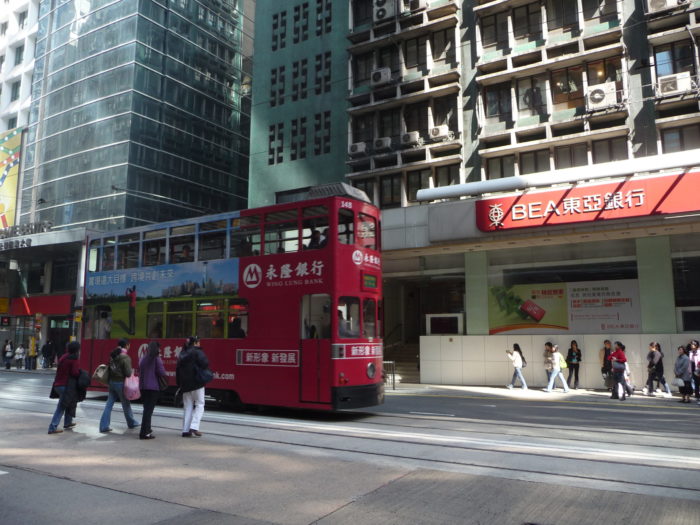 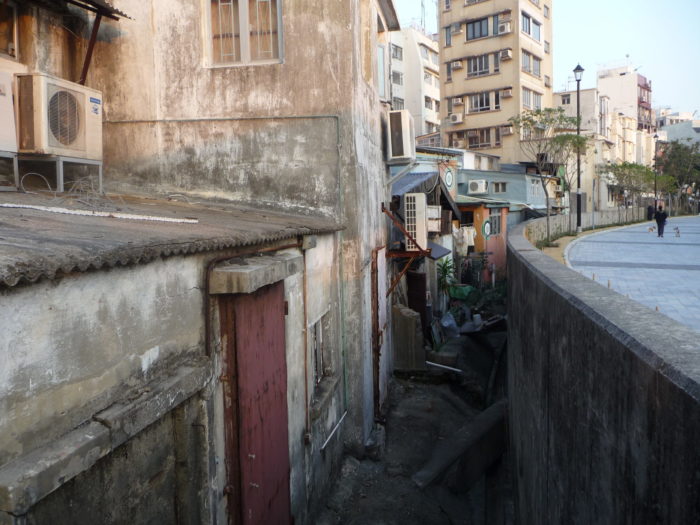 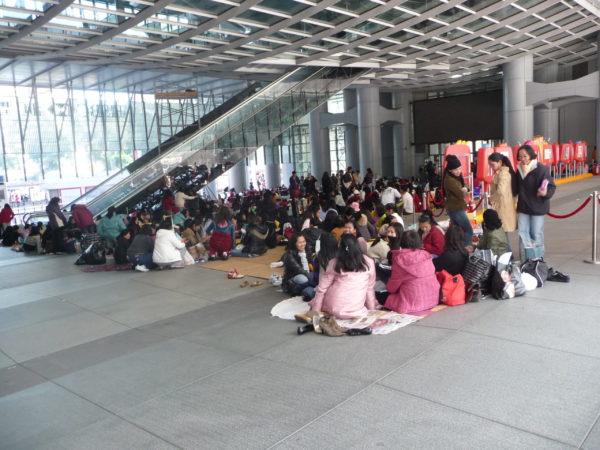 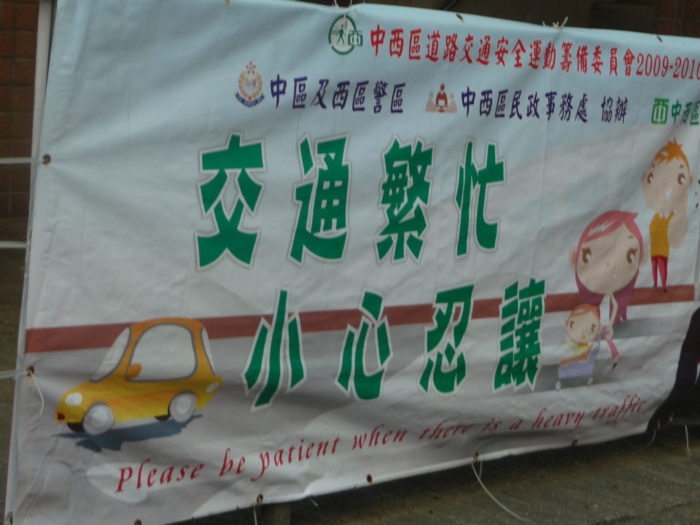 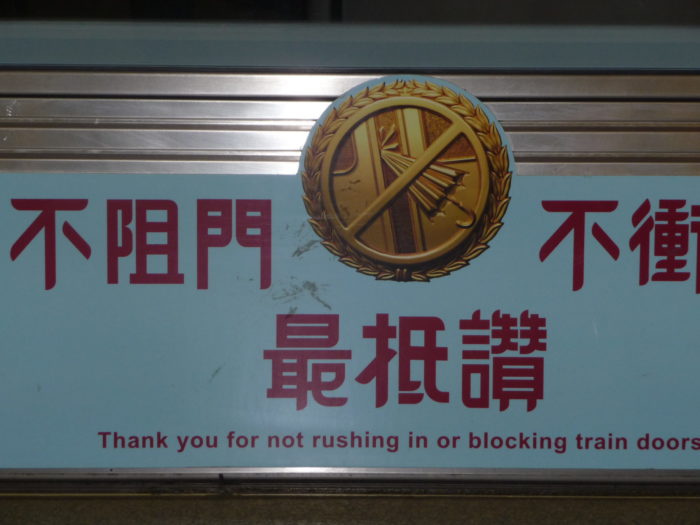 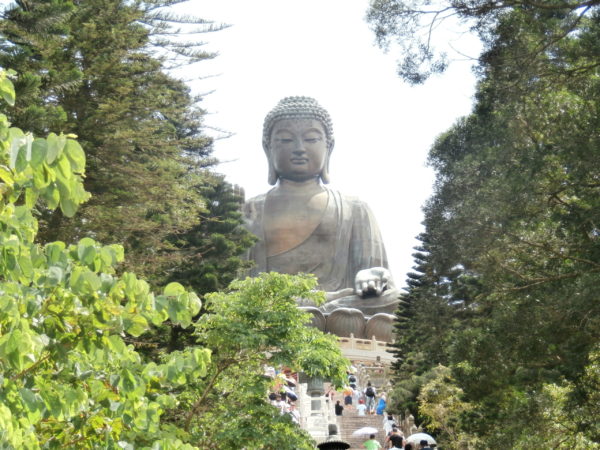 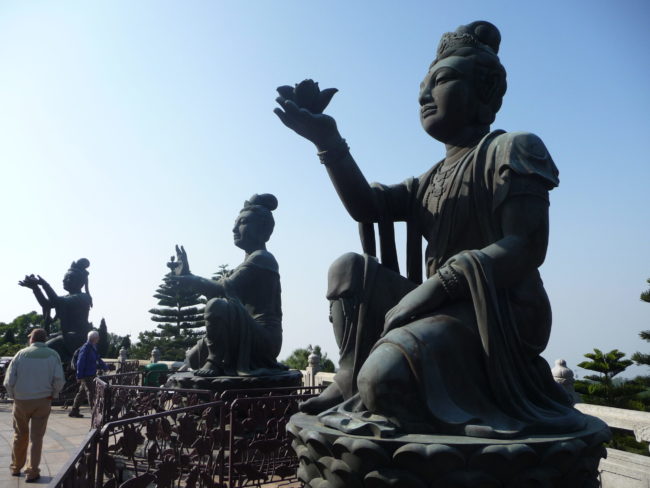 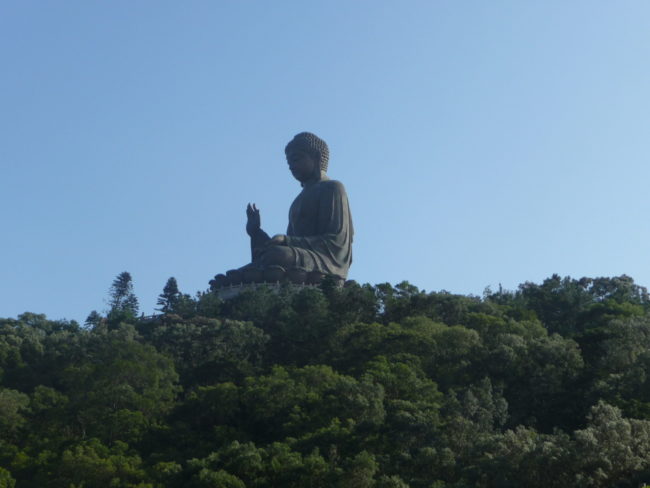 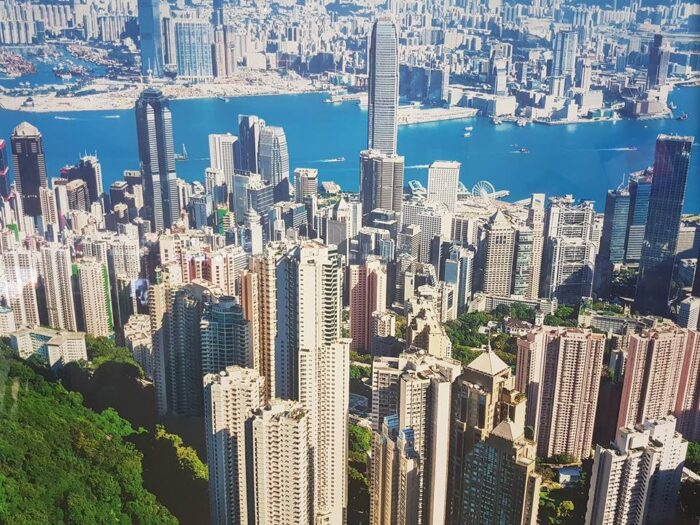 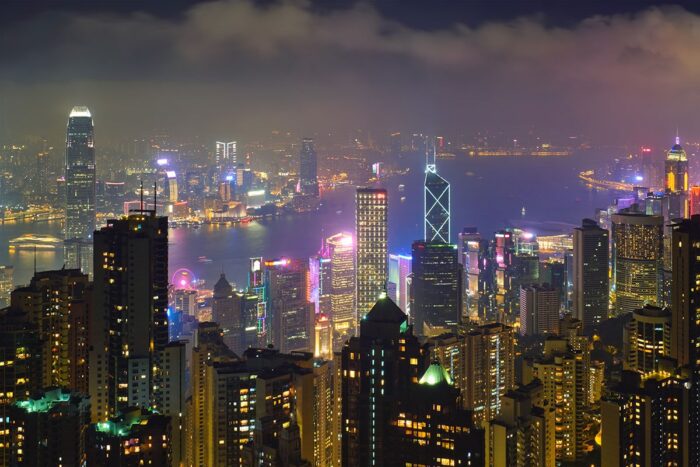 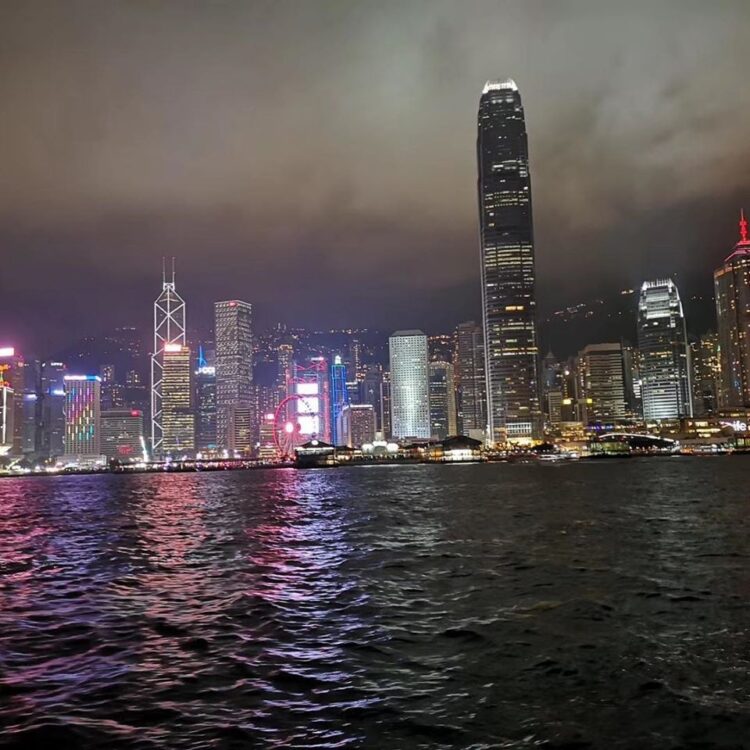 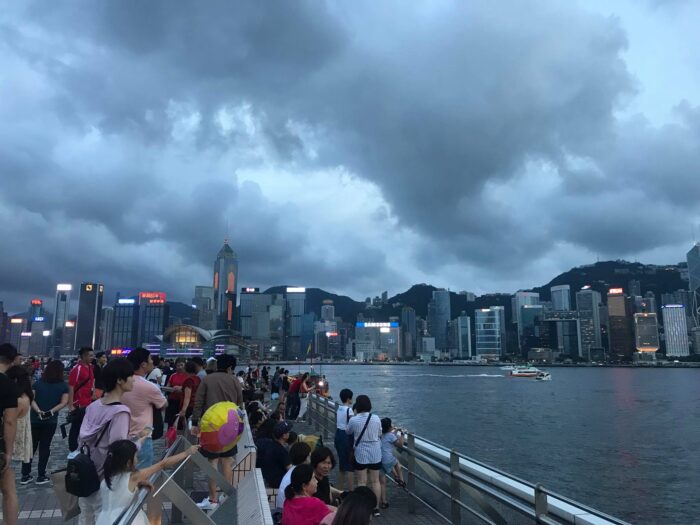 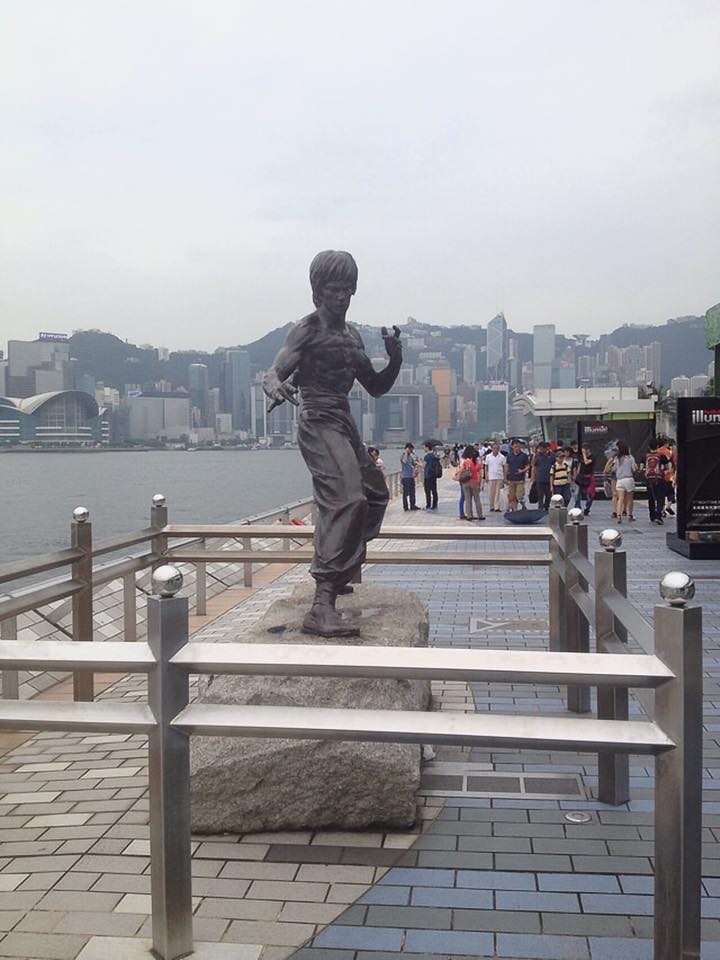