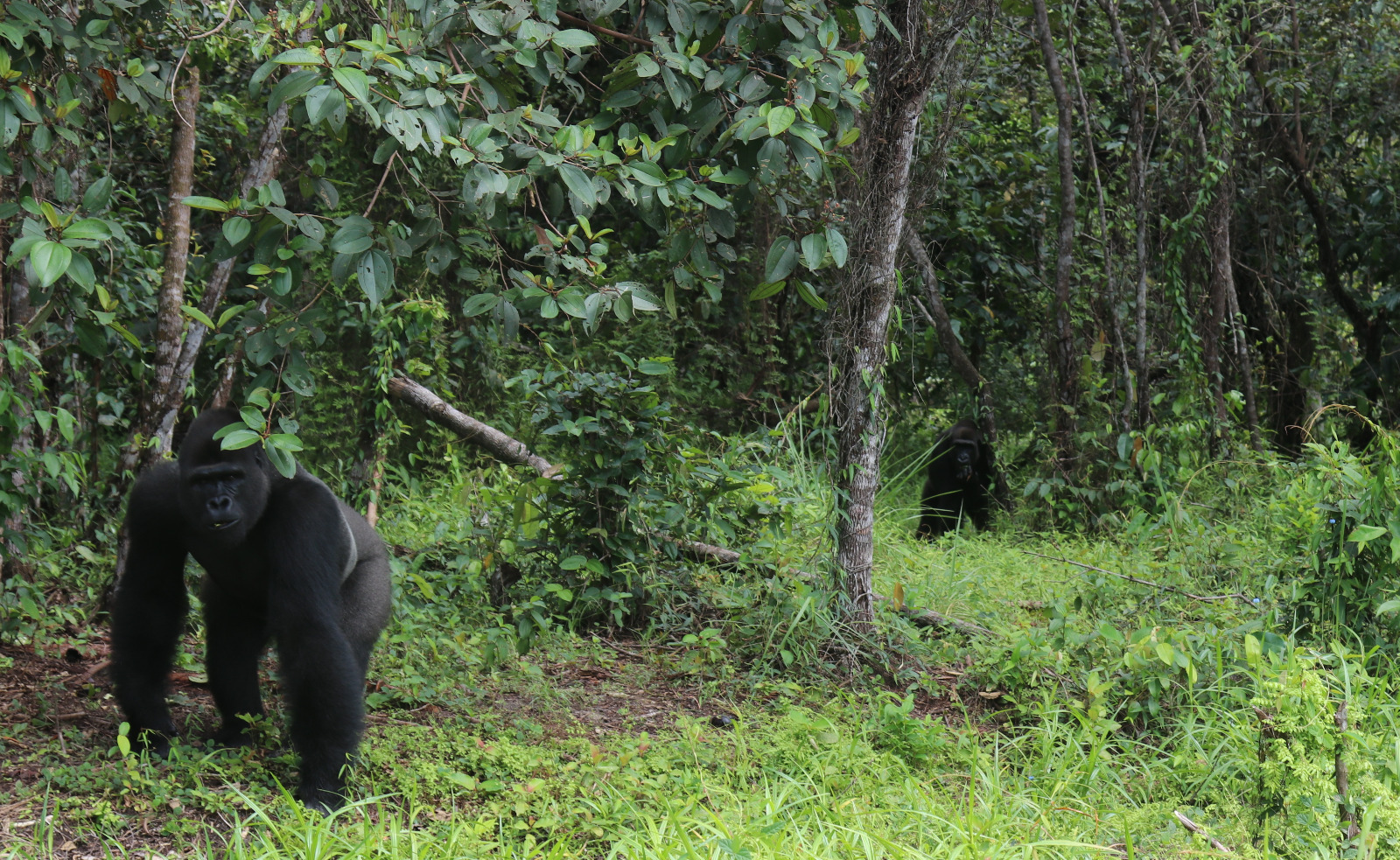 1. Some breathtaking, secluded beaches (for example Pongara Point – the beach of Pongara National Park - or the unspoiled Pointe-Denise Beach)

2. Parts of the enormous profits from oil exports benefit the infrastructure and the living standards of the locals

3. Safari in the Nyonié Reserve (a lot of elephants)

4. Many villages are well-maintained (not usual in Africa)

5. Visit to the original buildings of the hospital founded by Albert Schweitzer in Lambaréné (1913)

6. The gorilla watching tour in the Moukalaba-Doudou National Park

7. Finally a safe African tourist destination – we had no problem at all in this respect

8. In Libreville many locals were selflessly helpful

1. Terrible country roads – slow transfers from A to B – better to avoid the dirt roads that go through forests

2. Traveling with a bush taxi, which is the main mode of transportation in Gabon is quite a challenge

3. Libreville and Port-Gentil are far from fascinating cities

4. Surprisingly expensive restaurant prices which are probably set to the high salaries of foreigners working in the oil industry

5. We suffered a lot from the mosquitoes

6. Being stupid – angry at the pouring rain in a rain forest

7. The national parks are very far from Libreville - we made some planning mistakes in this respect

8. Difficult to find reliable tour guides and/or a local travel agency (they don’t like answering in English)

9.  I was afraid of the low-flying fruit bats – luckily none of them hit me

10. The beaches of Libreville are dirty, as are many hotels too 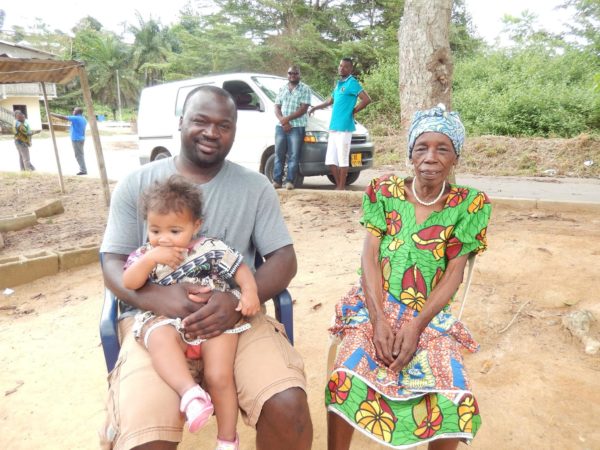 “West Africa had increased our self-confidence, so right after we crossed the border we began wondering whether we should do the obvious and take the beautiful asphalt road into Libreville, or opt instead for the shorter dirt road leading through the jungle. Half our maps suggested that this road passes through Equatorial Guinea, but we asked at the police checkpoint near the start of the road and they confirmed that it doesn’t – no need to worry about visas. They also warned us, however, that the road was in pretty bad shape, and it was unsure whether the bridges would still be standing. Right at the turn-off a dump-truck was waiting, and we questioned the driver about the state of the road. He said that the start it was good, then got worse, then worse still. And a bridge had collapsed, so we would have to ford the river. But our car could surely manage it. Did we have a snorkel exhaust pipe, and a winch? Uh…no, we didn’t. For safety he gave us his phone number, if we needed help, though there’s no reception in the forest… Undeterred, we opted for adventure.

And the route really was beautiful: forest, forest, forest. Flowers by the roadside, and little red-bellied birds flying all around us. Then there were butterflies, and grasshoppers travelling a few kilometers on our windshield or hood before hopping off. The roadside villages were also very different to what we’d been used to in other countries: here, around a flagpole bearing the national flag, were little brick-shaped clapperboard houses painted bright colors, with neat lawns and flowerbeds. At this point, however, we’re already starting to get nervous about what we’ll do when we get to the river. There’s no traffic, and the road itself is the biggest challenge: serious overflows of water make it difficult to find a path wide enough for our car, and its horrendously bumpy. We get a real scare when we almost go head-on into an oncoming car. We could only have been going around 30kmph, the oncoming car perhaps 40, on a single-track road, with vegetation several meters high growing on either side, making it impossible to see anything coming round the bend. When we saw one another Csaba stood on the brakes, while the oncoming car just let his car go about a meter-and-a-half into the roadside brush and carried on without slowing. Our techniques had collided: he clearly expected us to veer right about a meter into the brush on our side and keep going, while we had expected him to brake like us, so we could slowly edge past each other – after all, we had no idea what all that dense vegetation might be concealing. In any case, he clearly understood the local driving customs, so afterwards we drove more cautiously, ready at any moment to swerve into the bush.

We left Libreville as soon as we could, though nobody in the city knew how disappointed we had been. We headed south, and when we reached the equator, all our previous irritation vanished. Now this is something! We soon got used to everything being upside down, and after replacing the wheels with the roof canvas we were off again.

The next stop was Lambaréné, where we saw the original buildings and equipment of the Albert Schweizer Hospital, as well as a fantastic photograph collection. With all due respect to Stanley, Livingstone and the other great explorers, we think the greatest achievement of a European in Africa belongs to Albert Schweizer, who single-handedly established a hospital in the middle of the jungle, a 14-day raft journey from the nearest ocean port. (2017)

Share taxis in Gabon are popular, still not recommended for foreign tourists. Such vehicles are usually not lit, often have serious technical faults. There is a risk of a road accident. Better use a taxi which is in good condition and not carry other passengers.  Agree with the driver in advance on the fare. 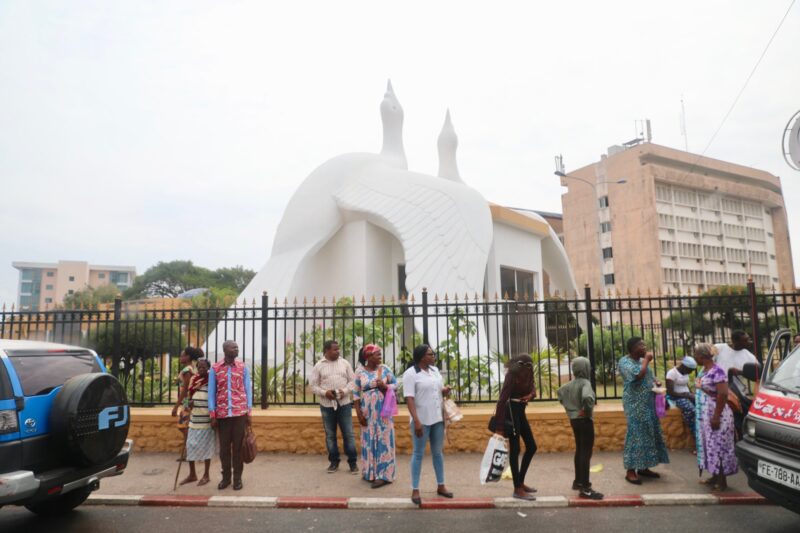 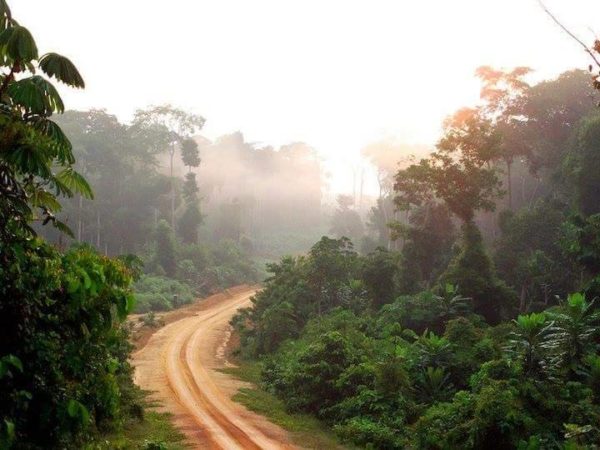 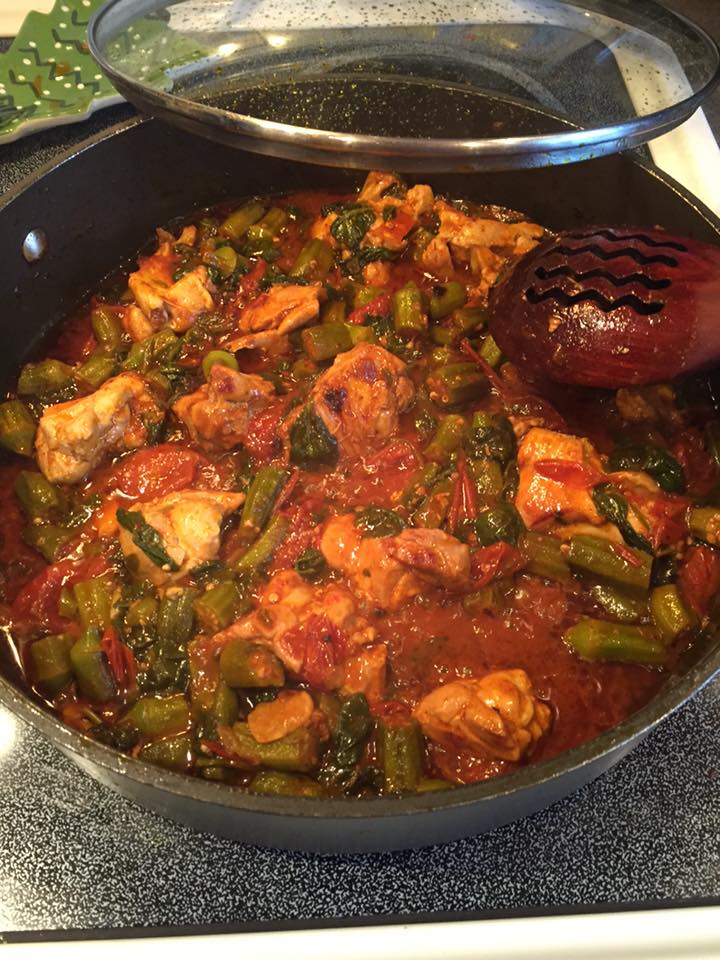 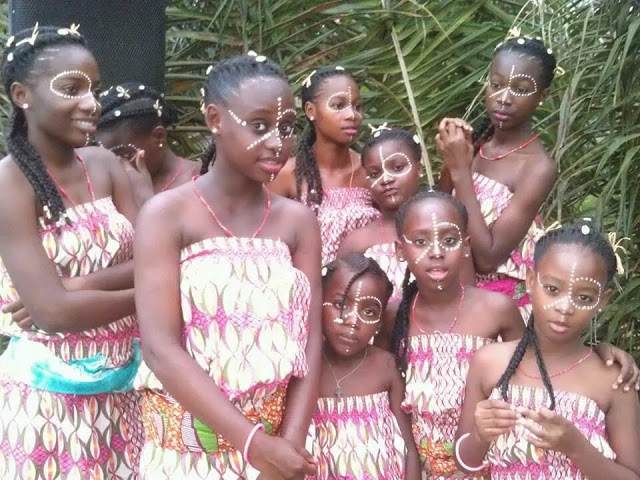 Gabon's internal security situation is on the African average.

After sunset, at dusk, do not walk alone on the street. Robberies by armed gangs during the night can occur. If you are attacked, do not resist in any way because it is too risky.

Travelers using banking services in the country are advised to keep receipts and certificates containing their bank details, as misuse of such data may occur. 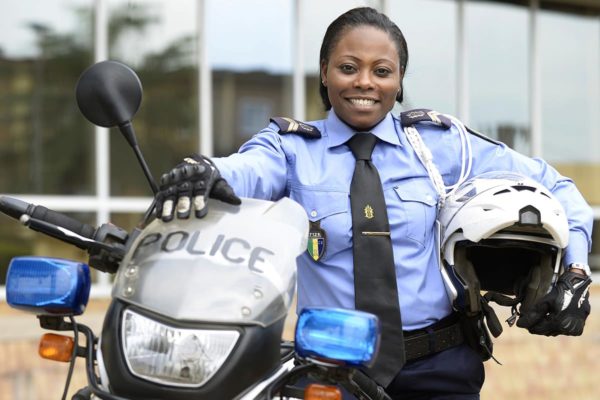 If possible, refrain from bathing in rivers and lakes to avoid serious infections caused by parasites.

During the rainy season (September to December and February to June), the number of malaria and chikungunya diseases transmitted by mosquito bites increases significantly.

Gabon - beach with some usual litter

Gabon is a country in Equatorial Africa (the central region of West Africa). Neighbors: Equatorial Guinea and Cameroon (north), Republic of Congo (south, east), and a coastline along the Gulf of Guinea.

Gabon was a French colony until 1960. Thanks to its oil, mineral (manganese, iron) and timber wealth, Gabon is one of the wealthiest countries in Africa.

Mask making and ritual face painting are essential parts of Gabonese culture, and styles vary dramatically between tribes. The ceremonial masks are used to praise the ancestors and mark important life events.

Language: French is the official language – about 80% of the population speaks it as a native language – some Bantu languages (like Fang) are spoken, mostly outside the cities, but are not used in written form.

Despite the enormous income from oil and minerals, the social and political situation is far from stable in Gabon. Many locals are angry about deteriorating living standards. The richest 2% own 80% of the country’s wealth.

The political situation is volatile, but the president is strongly backed by the army.

Safety: Gabon is not a dangerous tourist destination; however, visitors should beware of pickpockets, scams, theft of unaccompanied items, (rare) muggings – no terrorist threat

When to visit? June-September and December-January

The international airport in the capital city is one of the most modern airports in Africa.

Gorilla trekking and safaris – Allegedly 80% (some say 40% only) of all African gorillas live in Gabon’s forests. The gorilla tours, however, are not yet as well organized as those in Uganda, DR Congo, or Rwanda.
Ecosystem and Relict Cultural Landscape of Lopé-Okanda, Libreville’s markets, the magnificent Lake Evaro, Ozouri beach, jungle tours, sport fishing, Chez Beti, a small safari camp near the village of Nyonie, Kongou Falls

While in Gabon, tourists can visit Pygmies, indigenous to the jungles of Gabon. Organized groups take visitors up the Ivindo River, deep into the rainforest, to reach a Baka village (a Pygmy tribe). The Pygmies are one of the most ancient communities on earth. Their lifestyles are still mostly traditional, and you can spend time with them there, as they demonstrate hunting techniques, gather food, and perform traditional music and dances.

Contrary to popular belief, the Pygmies are not shockingly short. Their average height is 155 centimeters (61 inches) for men and 147 centimeters (58 inches) for women. People in Laos or in Guatemala, for instance, are on average just slightly taller than that.

The vast majority of the country is covered by tropical forests.

There are no seasons in the traditional sense, but rather two extreme seasons. Rainy and dry periods alternate. Tropical warm, wet, rainy season runs from October to May, dry season from June to September. 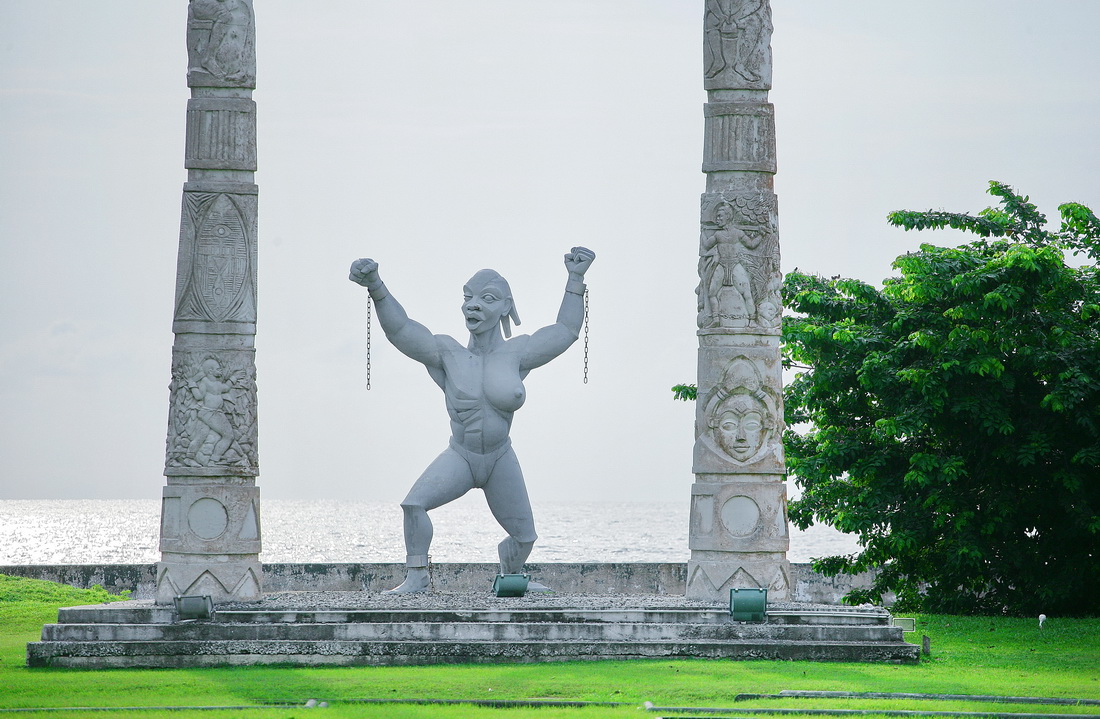 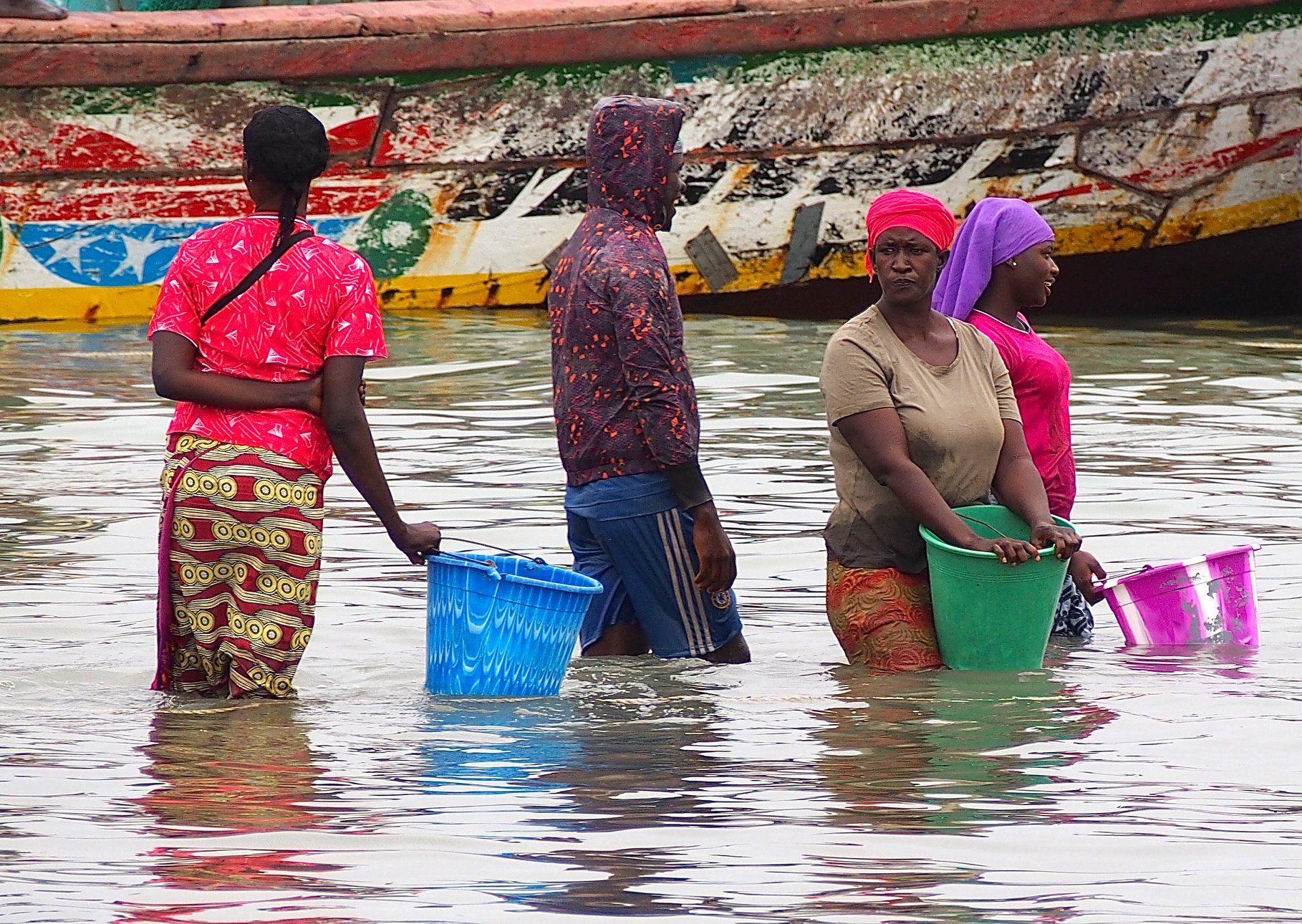 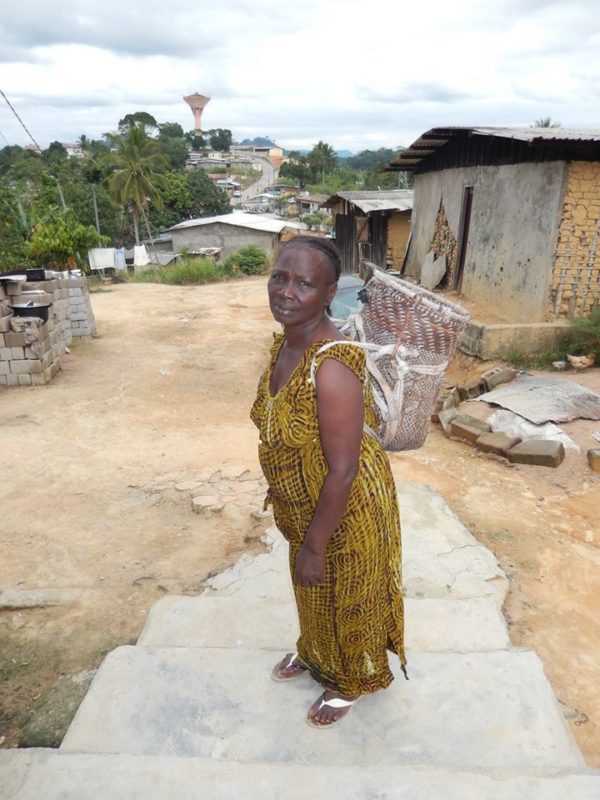 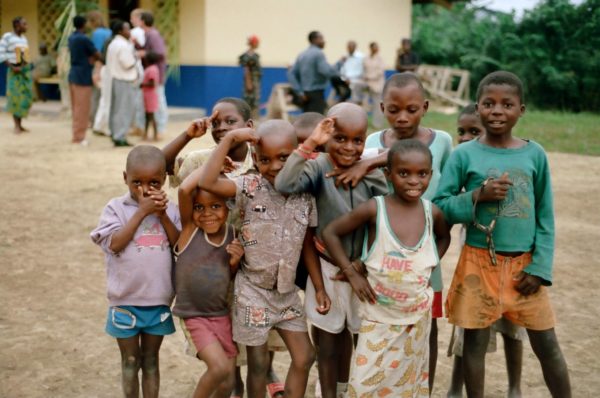 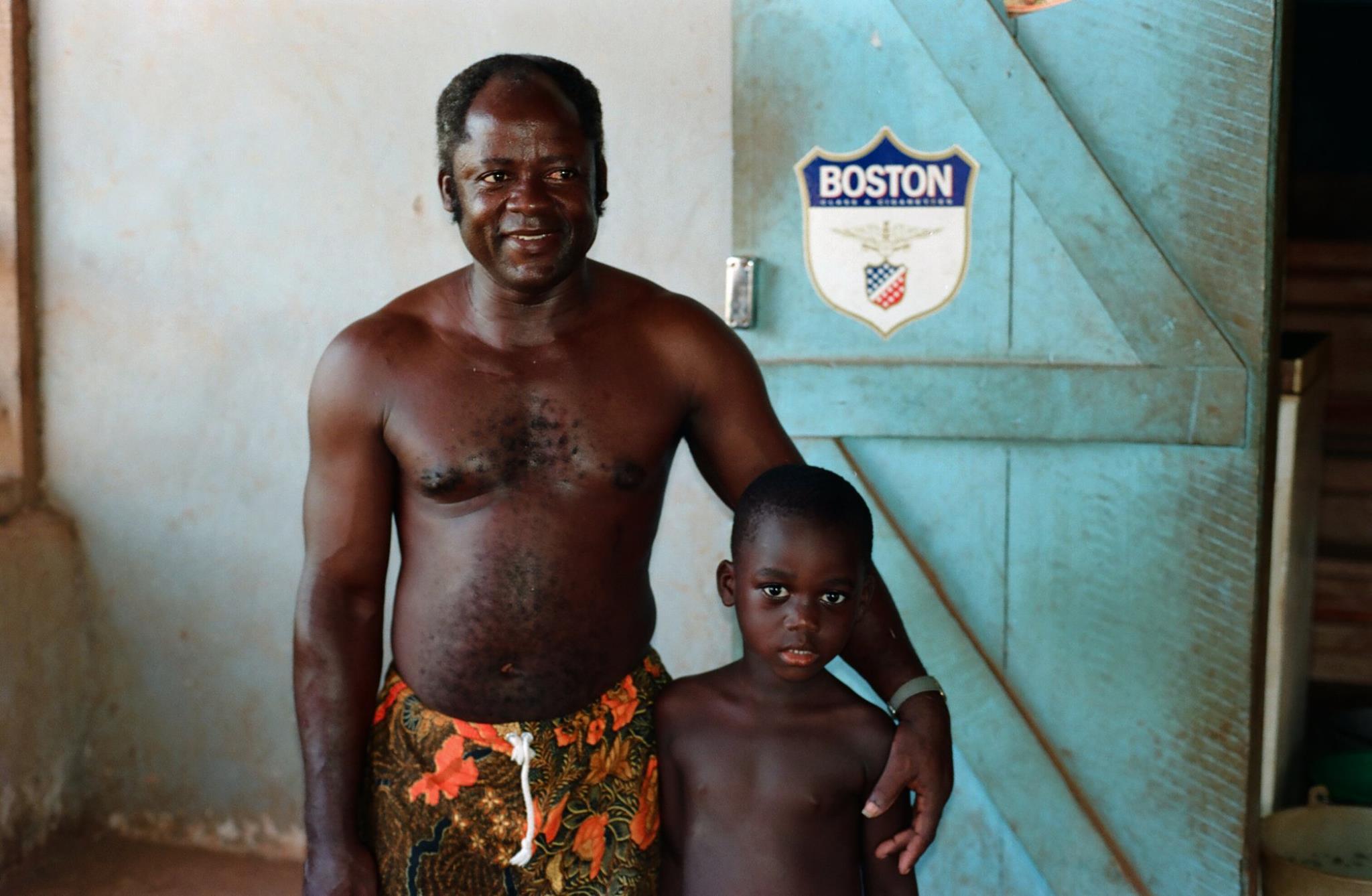 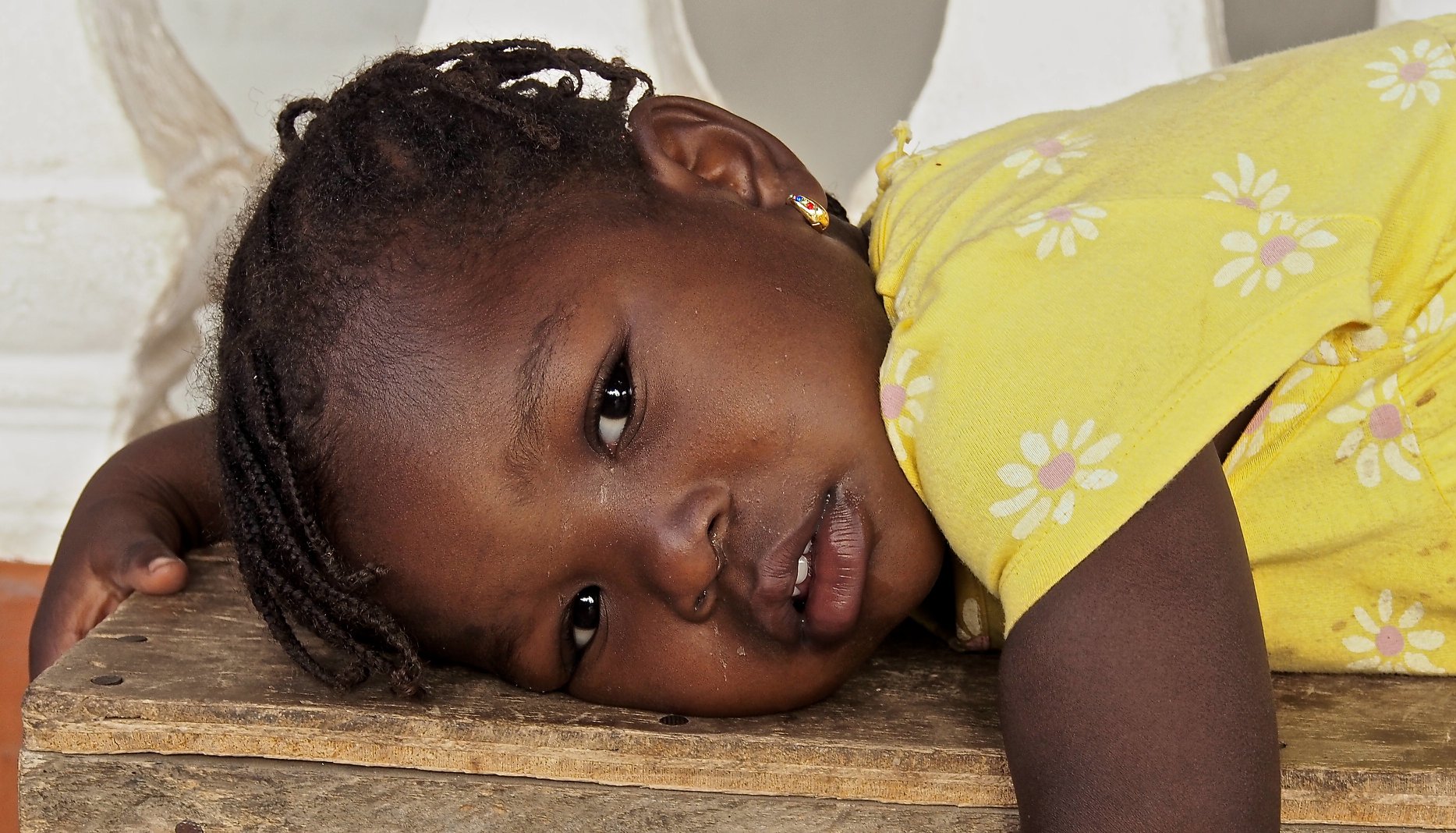 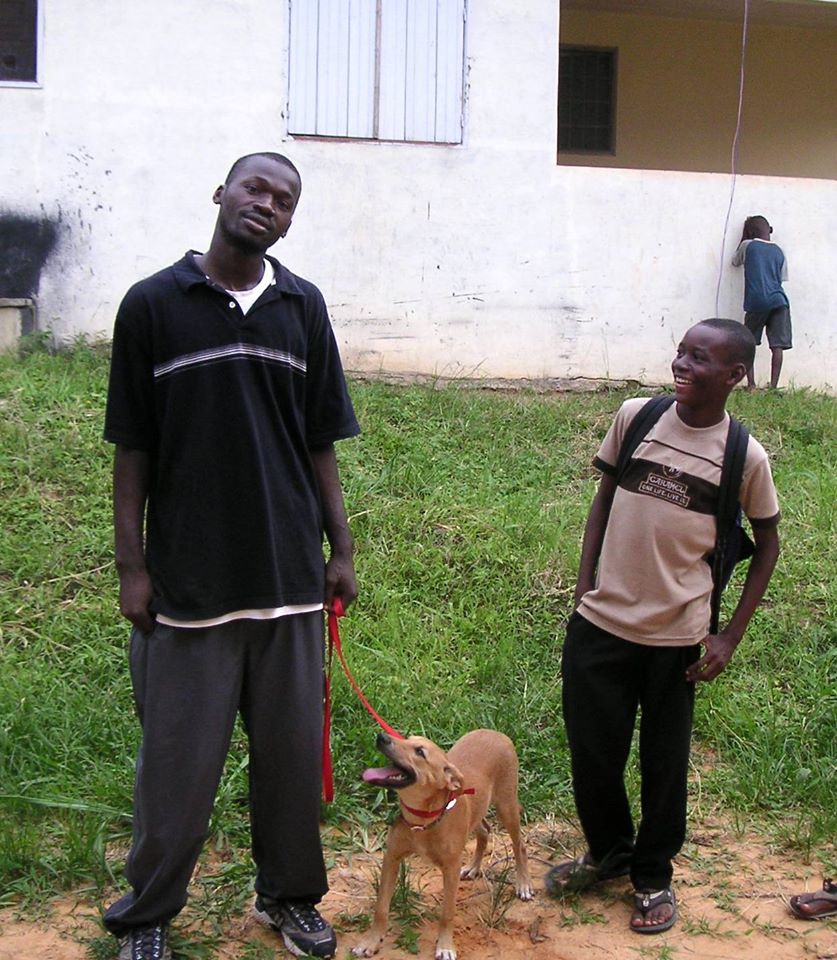 2. Homosexuality is legal in Gabon but is treated as a taboo subject. The majority of the population finds it provocative and a violation of social conventions. 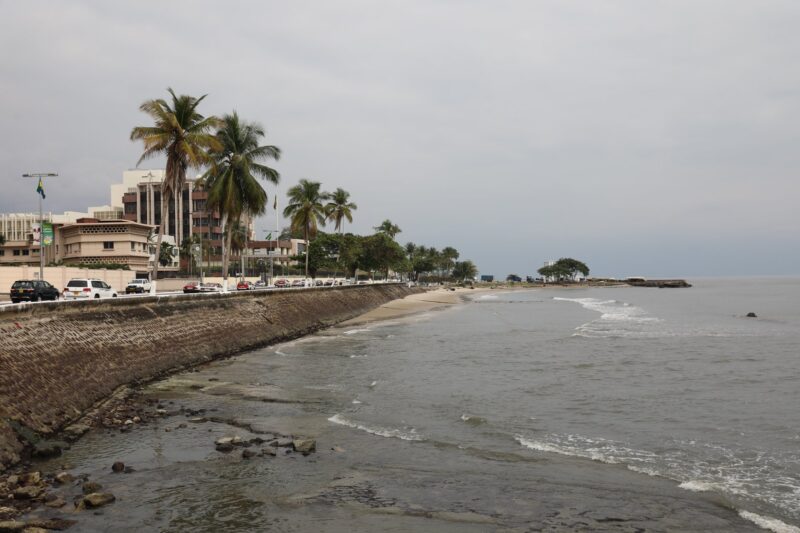 The local tourism promoters like to nickname the city as the ,,Miami of Africa".