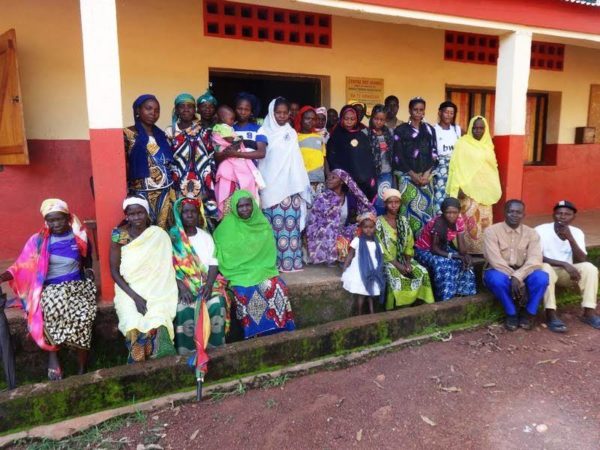 1.   Great to get so far off the beaten track – very few tourists come here because of the terrorist threat

2.   Visiting the Dzanga-Sangha Reserve was a fantastic experience

3.   Feeling safe at least in Bangui and in the reserve mentioned above

4.   Tasting antelope meat (once only)

8.   A surprisingly good ice cream parlor in Bangui plus the Mocaf, a tasty local beer

9.   Genuine crocodile and snake-skin objects in some souvenir shops near the Cathedral

10.  We survived this trip without any major problem and left the country hugely relieved

1.    Nerve-racking, astonishingly open corruption at checkpoints: the police, military, gendarmerie and custom officials are all overtly seeking bribes from both locals and visitors

3.    Not many positive things to say about the local food

4.    To hear how dangerous life is for local people because of the frequent armed conflicts

6.    To witness the enormous social gap

7.  Fully landlocked country – so we were unable to have some relaxing time at a beach

8.  Bangui, the riverside capital, is a hick town, with one tourist attraction only, the Cathedral 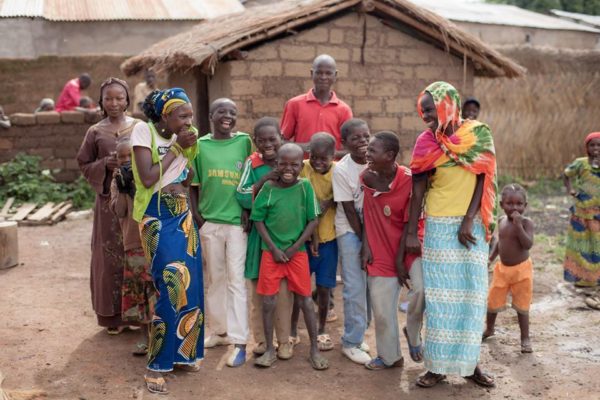 “Checkpoints every 30-40km, or 15-20 in total, with a payment of 2,000 demanded at each. It’s quite apparent that they’re only there to collect money.
“DU MIL, DU MIL” they’d say, and when I pretended not to understand, they’d put together all the English they knew to explain: “PAY! CAFETERIA FOR US! TWO THOUSAND! FORMALITÉ, FORMALITÉ!”
I wasn’t quite sure what this word meant in the context, but whenever I heard it, it never meant anything good… “Yeah, and formalité you too, buddy…”
Meanwhile, I kept up the pretense of not knowing what they meant – I hope their little huts burst and collapse with all the bribe money they squeeze out of people!

Then, when the situation starts to get awkward, we pass the stage of them explaining that they want money (you can’t keep up pretending you don’t understand forever, because in Africa this doesn’t put people off – they just keep trying to explain ever more forcefully). I then begin trying to explain – with little success – that I have no money. We reach a stalemate, and I have to play the ‘missionary’ gambit. I soon learned that whether they liked missionaries or not, this relaxed them, because they didn’t feel like they’d come out of the situation the loser.

In the end, with one exception (where I bargained them down to 500) I didn’t pay anywhere. In that one case they said they didn’t care if I was a missionary, I still had to pay. They even showed me a big A2 book where everyone passing through had been recorded, and pointed to an entry from three days before, where a missionary had paid money. They said they never wrote down how much was paid, just a more or less accurate note of your personal details, neatly tabulated in the booklet with a ruler. The notebook thing is a relatively widespread technique across Africa. (r.g., 2015) 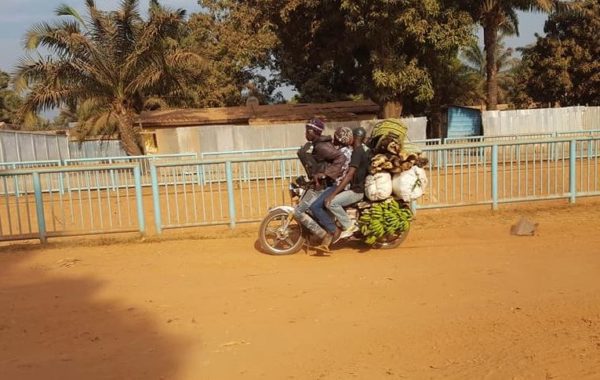 Central African Republic - genuine traffic awareness - inscription translated: The one who is waiting for God is never in a hurry 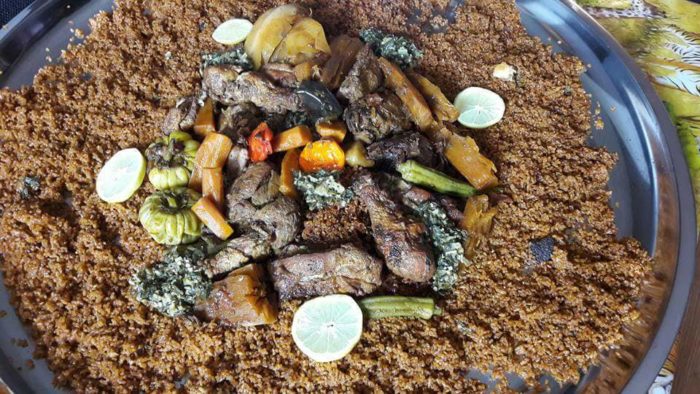 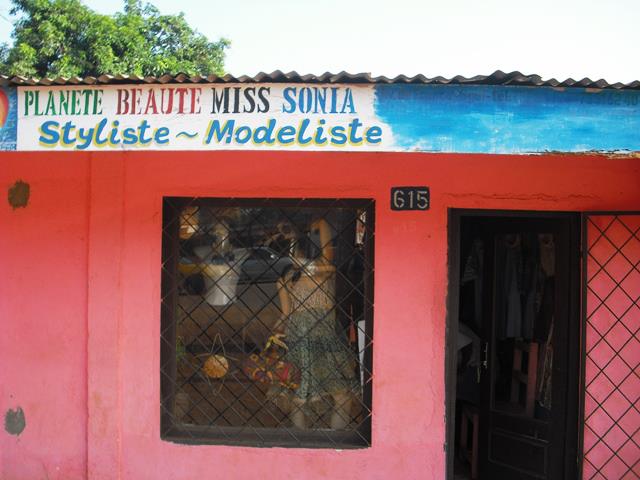 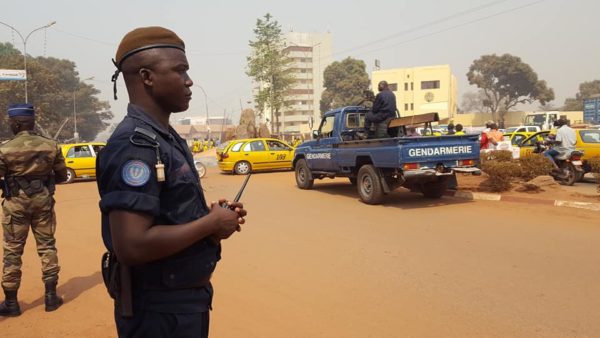 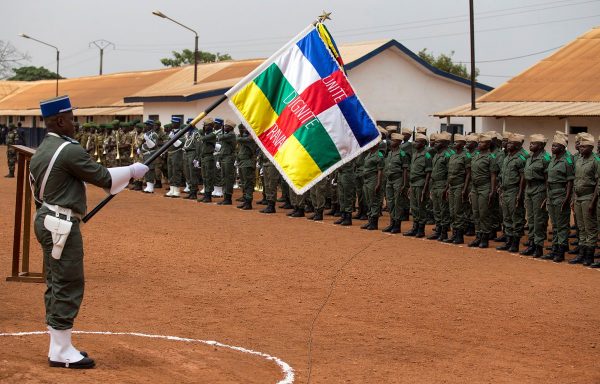 The Central African Republic was a French colony until 1960 (it was called Ubangi-Shari and was part of French Equatorial Africa).

Size: 622,980 km² (240,534 mi²) – 35% of the country’s territory is covered with tropical forests, although these are heavily damaged due to extensive logging activities.

Capital city: Bangui – Apart from the spectacle of quite a large concentration of UN vehicles, there is not a single must-see attraction.

The average life expectancy in the Central African Republic is 53 years (the African average is 63).

Early marriage (sometimes before the age of 15) is widespread among girls and is mostly a result of their families’ inability to provide for them. So the families marry them off and the girls have no say in the decision.

Locals pay great attention to their looks and wear their best clothes even for everyday activities. They will not respect someone who is dressed sloppily and will frown upon a female tourist wearing shorts or tight jeans.

Languages: French and Sango (a creole language and the local lingua franca) are the official languages, but Arabic and many tribal languages are also spoken. – Sango is spoken by 90% of the population, while French only by the inhabitants of some larger cities.

The country’s political stability is improving, but is still prone to turmoil caused by internal and regional tensions, including armed fighting.

People are dying every day due to violence and insecurity on the streets.

Despite being rich in mineral resources (gold, diamond, uranium), the Central African Republic has a GNI per capita of just 730 USD and is the second (!) poorest country in the world (after Liberia).

Safety:
Definitely not your ideal tourist destination, although in peacetime the country’s distinctive natural attractions could make it very appealing to potential visitors.

The streets of the capital are dangerous for foreigners after dark.

The rule of the lunatic Jan-Bedel Bokassa, between 1965-1979, was a shameful chapter in the postcolonial history of the country. In 1976, Bokassa proclaimed himself emperor of the newly renamed Central African Empire and laid both himself and the country open to ridicule in the international media, as well as making the country a living hell for most of the population. After his overthrow, this evil man was allowed to continue living in the country virtually unpunished until his death in 1996. 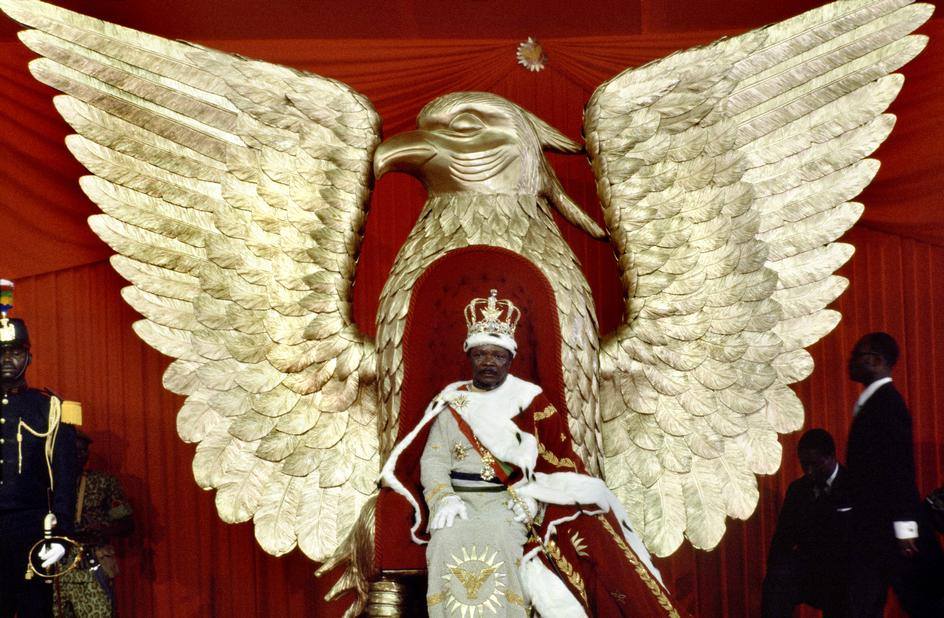 Locals often call the white people Mundziu. They use this word sometimes with a certain negatív overtone, sometimes with a friendly smile.
Very few Europeans remained in the country, many left because of the permanent tension. Few hundreds still stay, mainly doctors, teachers, missionaries, all kinds of advisers, clerks of the UN, diamond traders, diplomats. They all are ready to evacuate if things go wrong. 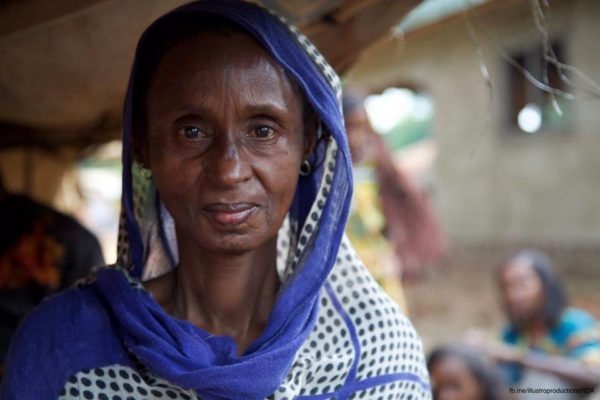 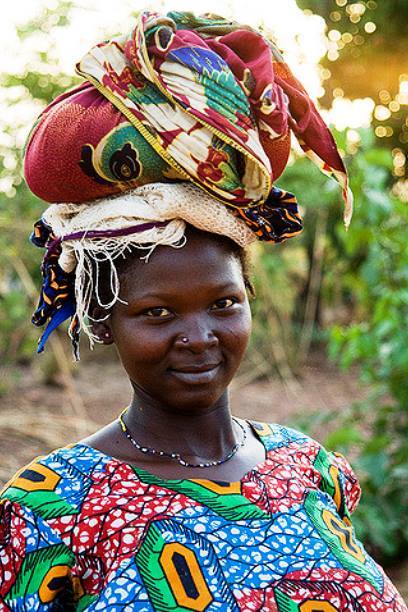 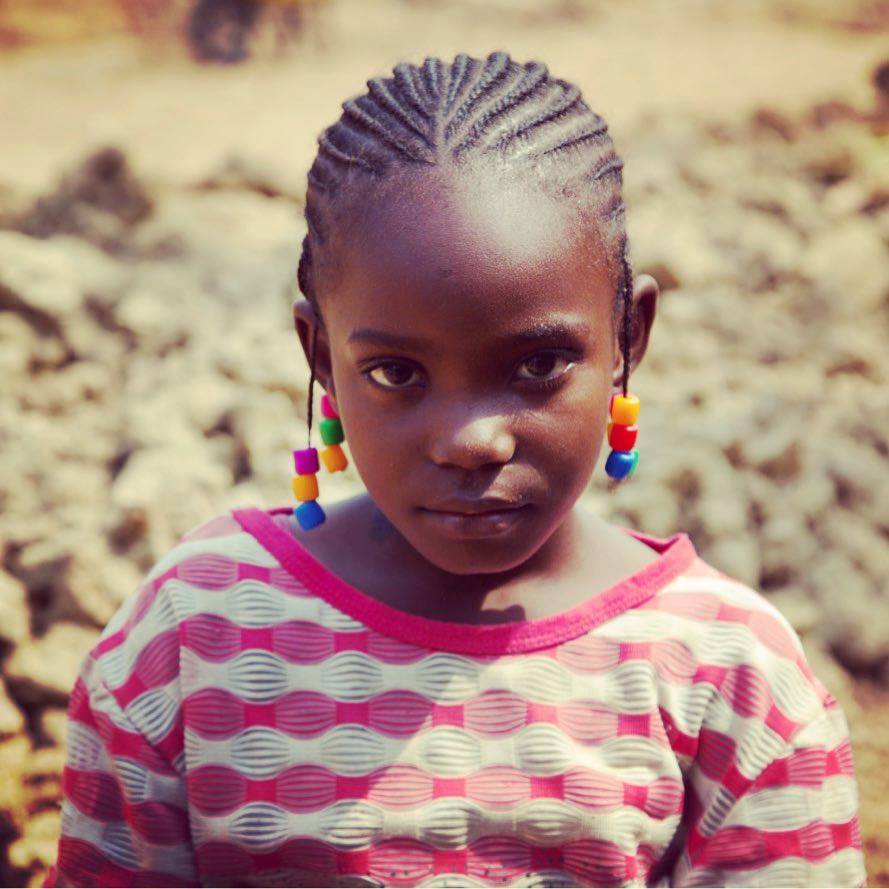