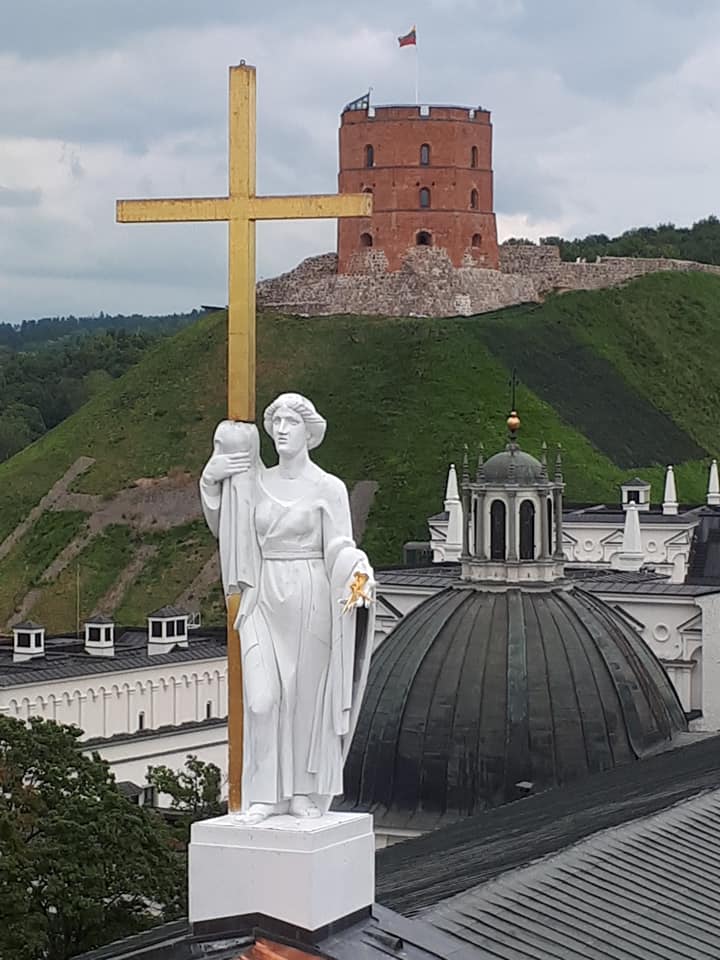 1. Turning off the broad avenues of the old town and into the little side streets, and looking into the inner courtyards of the residential blocks

2. Looking down from the top of the Gediminas Tower towards the university and St. Anne’s Church

3. A smart, indeed exemplarily clean, orderly city which is easy to get around on foot, and where public safety is good

4. Great bars, and a lot of cafés with outdoor terraces in summer

5. Vilnius is a bit cheaper than Tallinn or Riga

6. Most locals, especially the younger people, can speak some English

7. One bizarre but interesting destination is the KGB Museum (Genocido Auku Muziejus) with its underground prison cells. Definitely worth getting a guided tour

9. Admiring the wide variety on offer at the House of Beer (Alaus Namai) and of course trying one of two (maybe even three)

1. A dull plethora of amber shops (or maybe the problem is just that I’m not that interested in amber)

2. Sad to hear that before the second world war there were a hundred synagogues in the city, but today there is only one. An important part of the city’s fabric was lost (of the sixty thousand Jews in Vilnius, only 470 came back from the camps)

3. I wouldn’t recommend Vilnius for those who want a pulsing, vibrant, energetic city destination

4. Tallinn’s old town has more sights, Riga is more elegant, while in Vilnius the old town still hasn’t quite found its feet (though they’ve restored the facades)

5. An excess of tacky souvenirs playing on Soviet themes

6. Tiring to walk a lot in sandals on the cobbled streets

7. People on the street are pleasant, but except gift shops and tourist information offices, service providers (for instance museum staff and memorial guards) are all grimly unsmiling, while apparently most officials are equally stone-faced.

8. Among the beautiful old houses there is usually some unlovable building from the Soviet period to spoil the view

9. Some taxi drivers try to rip off tourists, but not to the same extent as in several other capital cities (maybe they add an extra 20% to the price)

10. The energetic glances of groups of Lithuanian girls in the Lulu nightclub (I didn’t deserve it, though maybe my buddy did) 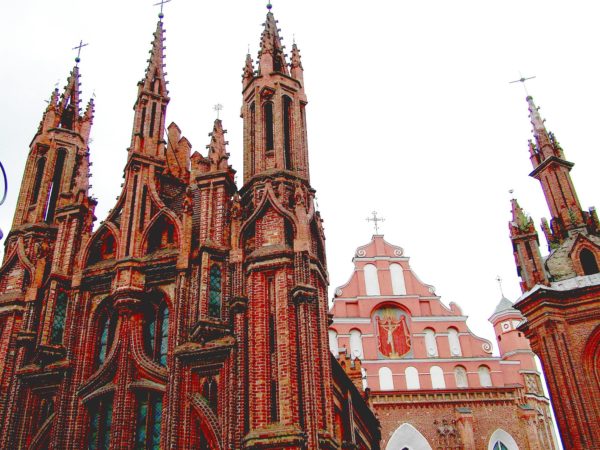 “Vilnius was the place I felt most at home. Compared to the other Baltic capitals, Vilnius is a little more run down, but it also has a lot more life than the others. The city is framed by many small hills, and by a river which winds picturesquely through the center. The city’s recent development is indicated by new glass and steel office buildings, almost skyscrapers, which stand in stark contrast to the traditional wooden houses just round the corner.

“Do you like sightseeing, churches, strolling on cobbled streets, sitting in cafés, browsing antique shops, buying amber jewelry, sitting on a sunny terrace and drinking a cold local beer, going to a light festival, and shopping in bustling markets? Or perhaps you prefer bohemian relaxation, or walking through lakeside forests, or cycling by the riverbank, or looking down on a city from an airship. In any case, I can warmly recommend Vilnius to you.
Also, if you’re interested in what a former part of the Soviet Union looks like as an EU state, you’re sure to find this city fascinating.
Vilnius is a very livable city. Some of its architecture has a similar feel to regional towns and cities in Poland and Hungary – especially those in the Baroque style. The city is bisected by the winding Neris River. The modern economic district, with its cluster of skyscrapers, is similar to other European cities, as are the anonymous housing developments which surround it.
What makes Vilnius different is the feeling that it sits in the middle of a vast forest, with parks, woodland and nature reserves either in or immediately around the city. There’s also a bohemian district, full of young people and artists. The two rivers, the aforementioned Neris and the Vilnia, from which the city takes its name, add further interest and charm to the city’s appearance.
Service is generally exemplary. Traffic jams can be a problem, mostly as a result of the narrow, cobbled streets. Construction and renovation work can be seen everywhere, in a more organized and intensive way than in most other European cities.
There are a lot of young people and kids in the street, despite the fact that most of the population under 40 appears to have moved to the UK. Maybe they’ve all been replaced by immigrant Belarussians. (2018)

“Cafes and bars are open in the morning before work (8-9 a.m.), with various coffees, pastries, and hot and cold sandwiches. Cafes are always full, and coffee is the national drink. It is also available in a plastic cup for takeaway.
There is no alcohol service in such places before 11 a.m.
Lithuanians are big coffee drinkers, so the city is full of coffee shops. So you can definitely find a cafe open until 10 pm.

Tipping: If you don't tip, they won't take offense, and 1 or 2 euros is enough even for a large restaurant meal, and it’s normal to round up the last few cents on a bill, but the difference is so small you’d hardly notice.

Fast food restaurants: McDonald's, KFC, HESBURGER, I don't want to list them all, but you can find many by searching for ‘Vilnius fast food restaurants. They are not very fast, however, and sometimes you have to wait a long time for the food to be delivered. I only recommend it as an emergency option!
Perhaps I could also list the CILI PICA pizzerias here.

Restaurants: There are restaurants in every part of the city, especially in the downtown area. I suggest looking for the places that have a lot of people since while you might have to wait for a table, it's definitely worth it. Lithuanians like to stand in line, and sometimes they gently push you forward if you don’t move forwards promptly enough. I don't want to recommend specific restaurants, but in the further descriptions, there are one or two restaurant names that you can trust. From local food to Chinese cuisine, you can find almost everything.” (2018) 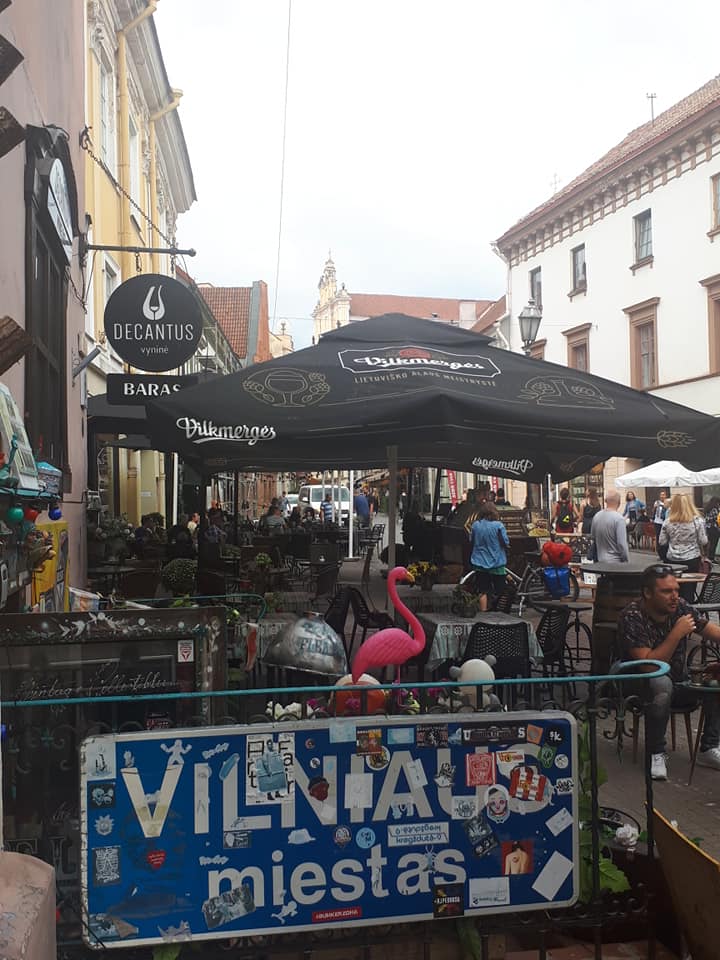 “Vilnius' business network satisfies all needs, and I think it is Europe's showcase for the eastern region. In addition to local products, you can find key products from the EU, and you can often find products familiar from the Polish and Eastern European distribution networks.
In the basic supply of the city – and other larger cities – the store chains similar to the domestic Spar network are MAXIMA and RIMI. The IKI and LIDL store chains also operate, supplying all basic needs.

Since the stores have an ample supply of alcohol, it must be taken into account that no alcoholic beverages can be purchased under the age of 21 years and one day (in fact, young people cannot even get the 0.0% beer, and the kind of fizzy fruit juice that looks a bit like champagne is forbidden to them because of the shape of the bottle) (2019), but it’s also important for those over 21 to note that they only sell alcoholic beverages from Monday to Saturday from 10 a.m. to 8 p.m. and from 10 a.m. to 3 p.m. on Sundays. I heard of one person who, due to the long queue, got to the front of the line only at 3:03 p.m., but the alcohol product was no longer accepted by the check-out assistant. It is also strange that they do not sell alcohol on some special days; for instance, on September 1, 2018, there was an alcohol ban on the opening day of the school year.” (2018) 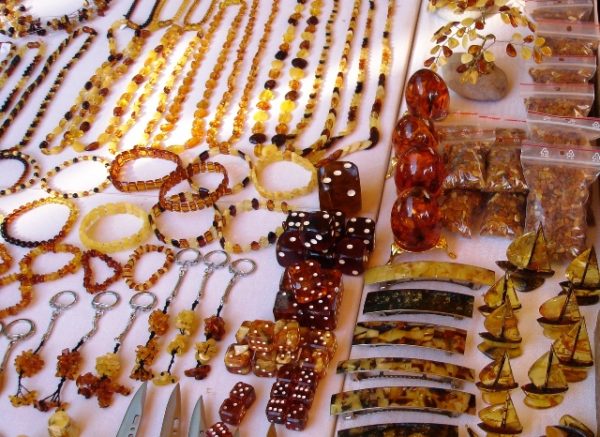 Vilnius - amber in any quantity 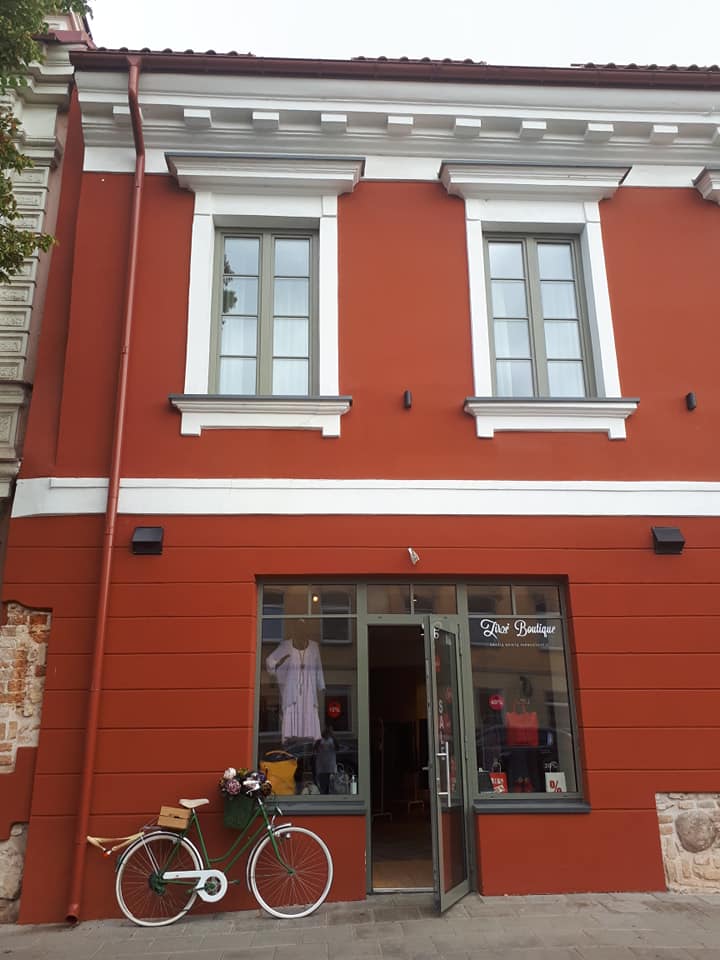 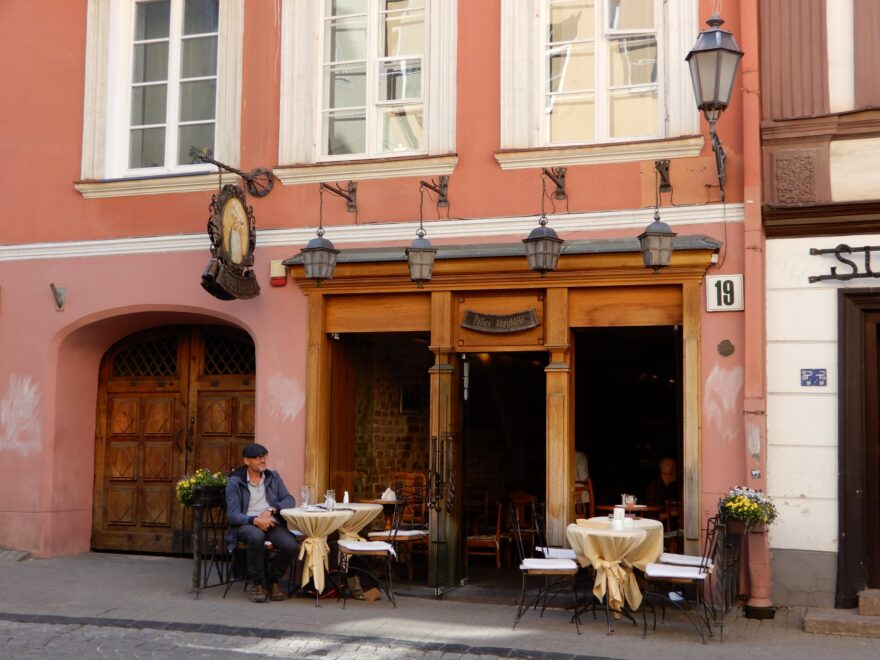 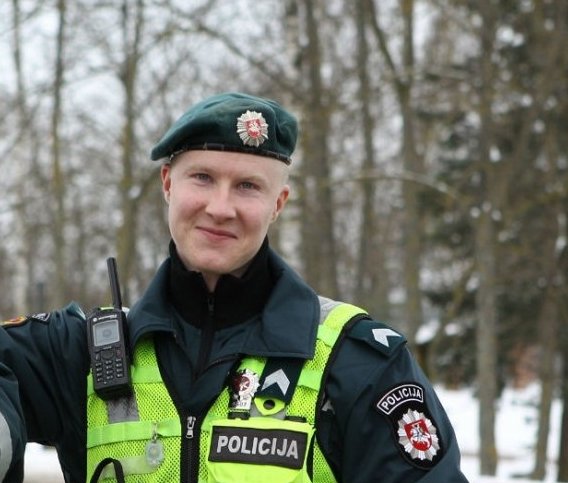 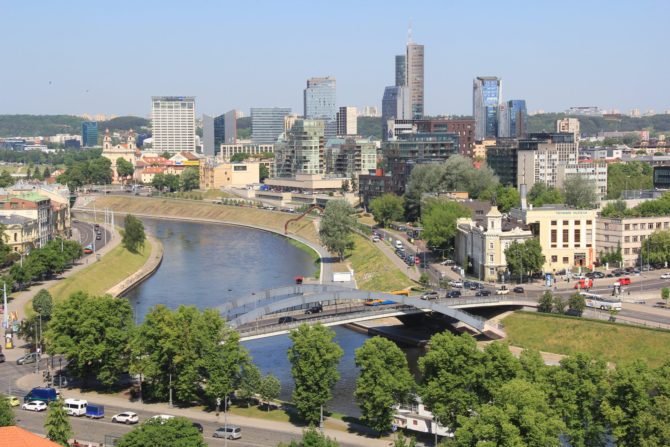 Vilnius is the capital city of Lithuania.

Vilnius has one of the largest Old Towns in Europe. 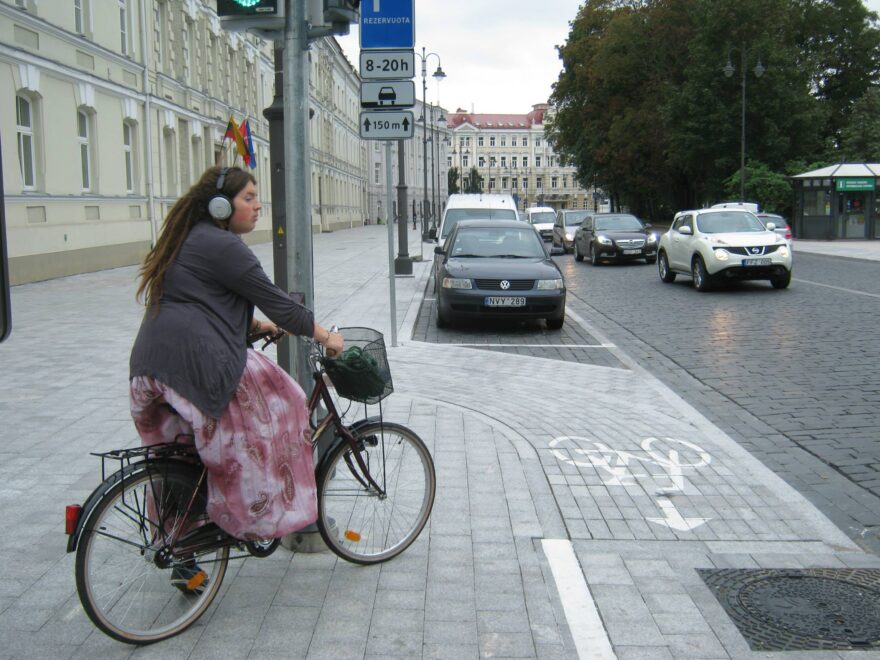 Vilnius - The Church of St. Francis and St. Bernard, Roman Catholic church in the Old Town 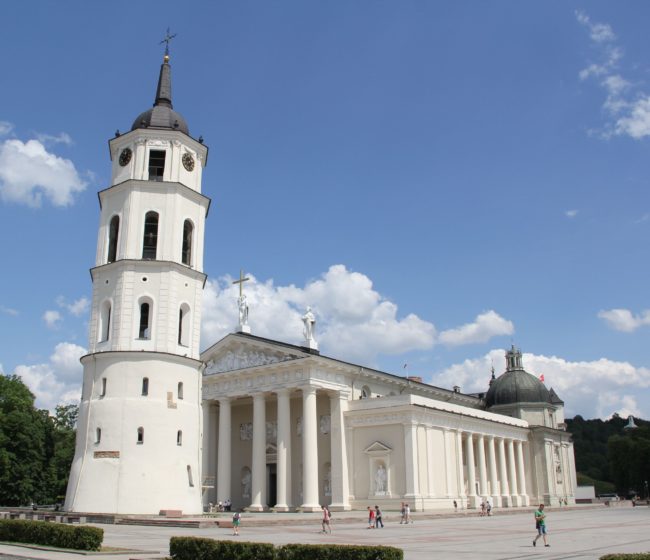 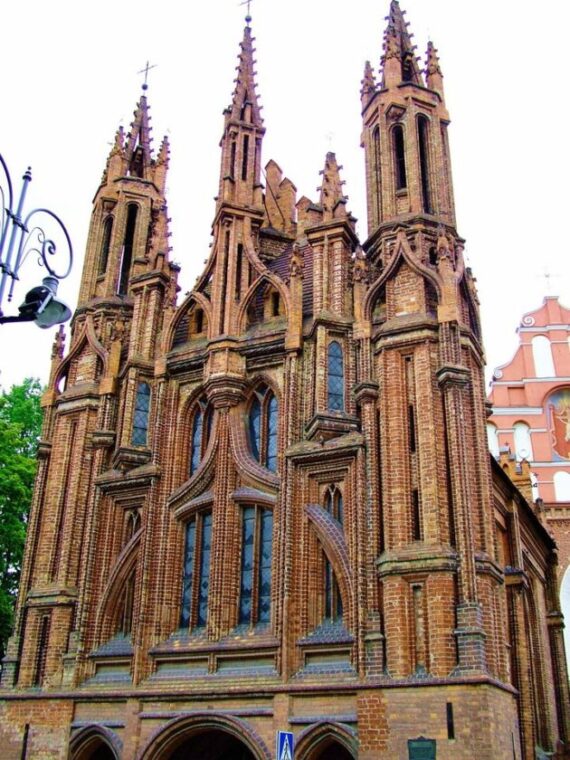 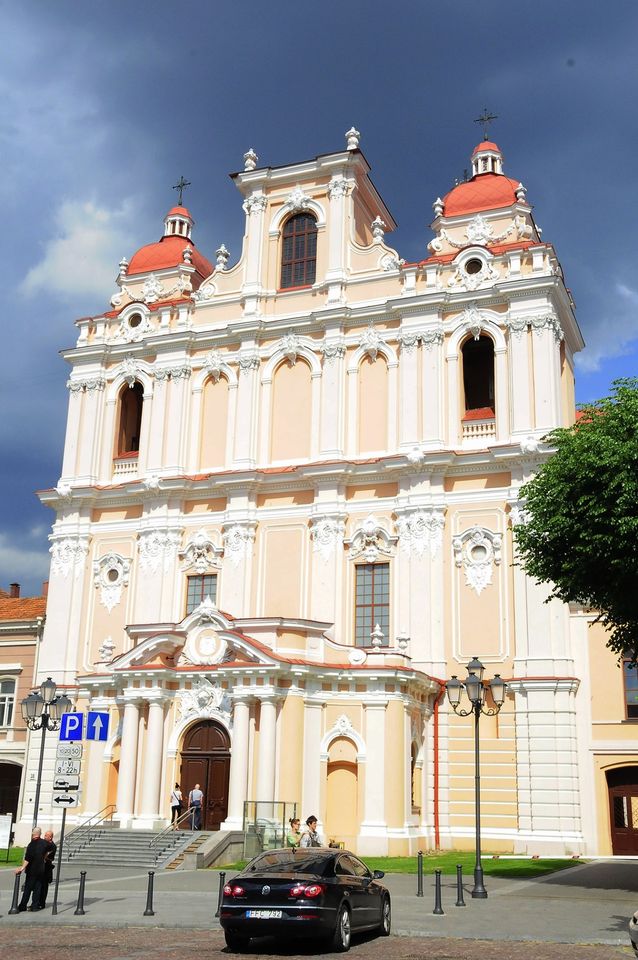 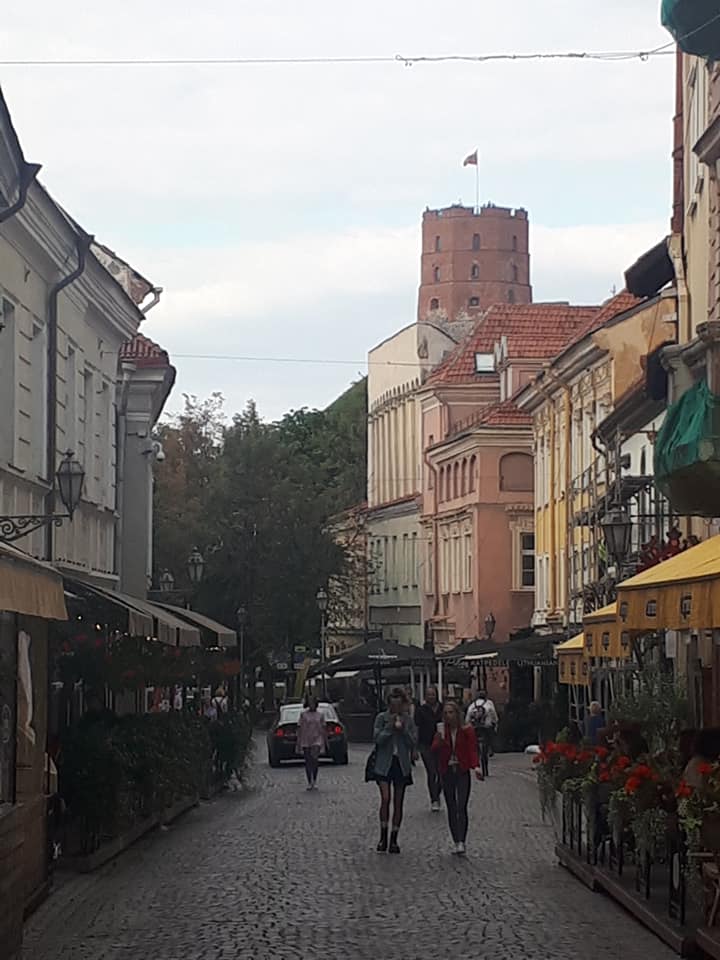 Palace of the Grand Dukes of Lithuania 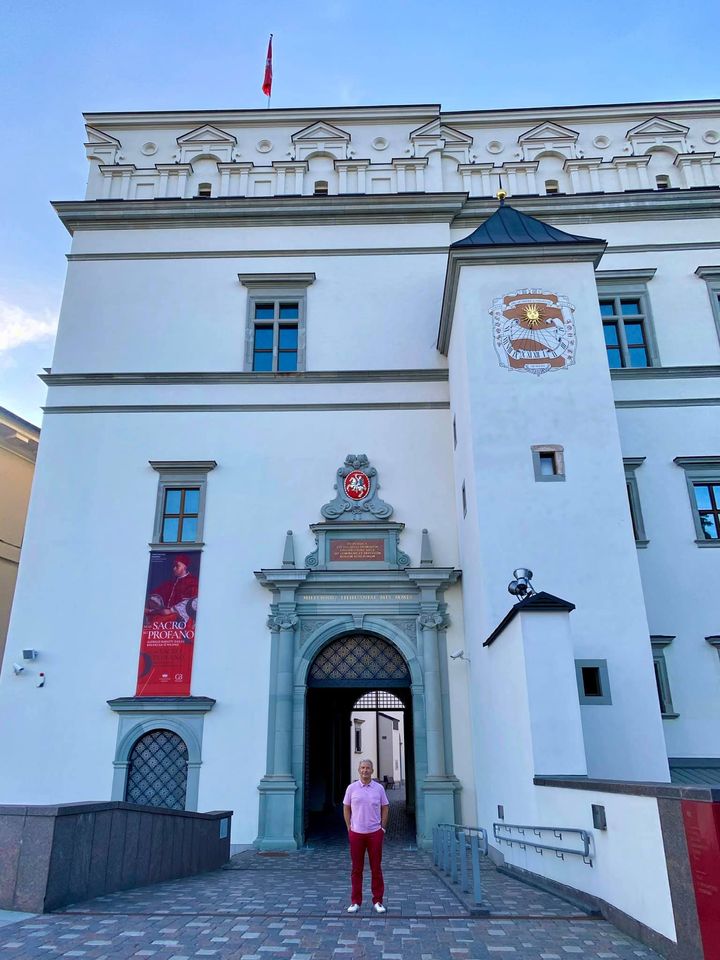