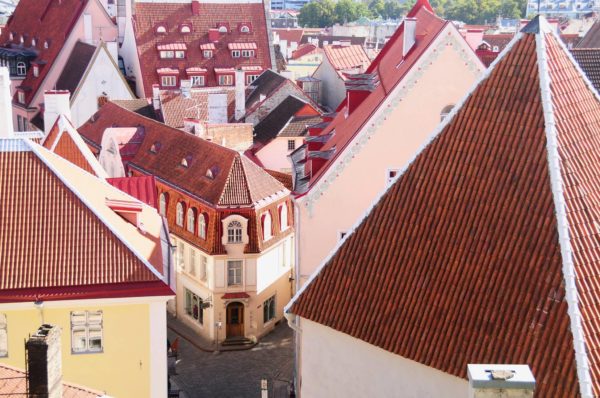 1. The gothic town hall and the Church of the Holy Spirit (with beautiful wood carving inside) are both from the 14th century

2. The view of the harbor from the roof of the Maritime Museum, and the sight of those enormous cruise ships

3. The towers, bastions and gates

4. Those shops in the old town which tastefully evoke and emphasize the medieval character of the city

5. Estonian girls are very, very beautiful, with a more natural beauty than among Russian girls

6. The magnificent interior of the Niguliste church

7. The fact that the two streets leading to the upper town are called ‘Long Leg’ and ‘Short Leg’

8. The pharmacy (Raeapteek) which has been in operation since the 15th century, and which tourists can enter on Mondays

9. The Kompressor pancake house, which has a wide and interesting selection

10. The tasteful, modern, Scandinavian style of architecture in the Kalamaja district

1. The large number of drunk young people around the castle in the evening – they don’t bother tourists, but still there’s an unpredictability to their behavior which makes it wiser to avoid them

2. On Friday and Saturday evenings the local drunks are supplemented by the imported drunks, either brought across by ferry from Finland in search of cheap Estonian alcohol, or the still-drunker British guys on their ‘stag parties’.

3. The ruthlessness of the Tallinn police when it comes to tourists drinking on the street or crossing the road on a red light (the police are in the right, of course, but all the same they seem to take a special delight in punishing tourists)

4. The taxi drivers who don’t belong to the official taxi-drivers’ association (which you can recognize by their yellow cars) are rip-off merchants, who will charge clueless tourists as much as three times the standard fare (especially if they’re drunk)

5. You have to watch out for pickpockets in Tallinn, and the local authorities have put up pictographic signs to warn tourists of the danger

6. A day of summer sightseeing can be ruined by non-stop rain, as happened to me

7. Those shops in the old town which have a kitsch, exaggeratedly medieval style are rewarded with hordes of tourists who hurry there to empty their wallets in a continual, depressing stream

8. Learning about the history of forced Russification and Sovietization is upsetting

9. A lot of electric scooters speeding along the sidewalk, which can make it dangerous to be a pedestrian

10. Unfortunate (though understandable) that public transport is only free to locals 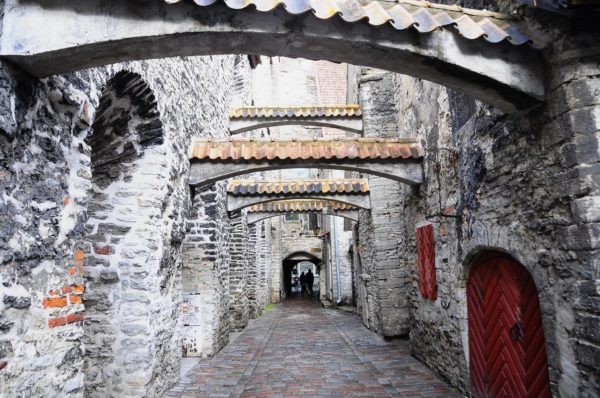 “One of the most remarkable things about Tallinn is the free public transport it offers residents – the first such scheme in Europe. A surprising amount of the old town, including its city walls and bastions, has remained intact. I say ‘surprisingly’ because Estonia’s history has not been a happy one. One of the most striking examples of this is that before they had even finished erecting a monument to the freedom they won during the 1918-1920 period, they were occupied again. Over the centuries they have been variously conquered by the Swedes, the Russian Empire, and the Soviet Union.

The old town is beautiful and can be explored in a few hours. Outside of the center, however, the city is nothing special – but I suppose that’s true of most cities. Of course, the years of Russian and Soviet occupation did not pass without a trace.

An orthodox cathedral named after Alexander Nevsky was constructed here in the early twentieth century, but the Estonians have never been fond of it, viewing it as a symbol of Russian oppression. Still, the tourists like it, and it still stands in the middle of the old town.

Tallinn has been an important port city for centuries, so it’s hardly surprising that the city’s other large church is dedicated to the patron saint of seafarers, Saint Nicholas. It was partly destroyed during the Second World War, and the rebuilt church now functions as a museum and concert venue. The neighboring park is ‘artificial’ in the sense that it used to be part of the church, but instead of rebuilding from the ruins, they chose instead to turn it into a park.

There’s one other fascinating little treasure in Tallinn: the oldest continuously functioning pharmacy in Europe. It was first opened in 1422 and has been operating ever since, in spite of wars and disasters. For a few years, it has been possible to visit it as a museum every Monday, while the rest of the time it remains a pharmacy to this day.

I didn't expect to find myself in the middle of a fairy tale novel in mid-15th century Eastern Europe in the old town of Tallinn. I was blown away by everything and had never seen streets that were 500 years old, and the building still standing right next to them. It allowed my mind to dive back hundreds of years in history and think about what my ancestors must have lived like. I didn't expect any of this, and it made this trip to highlight of my life.

“Even the toilet attendants in Tallinn speak English. You can pay by card everywhere, and contrary to popular belief, the locals are incredibly hospitable and friendly. If you’re someone who doesn’t like crowds but loves history and amazing progress, as well as the experience of a lifetime and possibly even a swim in the Baltic Sea, head to Tallinn.” (2021)

“The only way to get around in Tallinn is using the Bolt taxi application. This allows you to go anywhere for pennies. You can slip on your sandals in front of the hotel, open the application, type in where you want to go, and within 5-10 seconds you will receive confirmation that Sergei is arriving with a RED-STAR license plate, VW Passat, and your trip will cost 38 cents. Forget about public transportation and taxis, just use Bolt. You can get right to the other side of the city for about 10 euros! I didn't start my sightseeing tour in the historic downtown but at the ‘Startup!’ quarter. If you go with Bolt, take a car to the train station and from there it’s a three-minute walk. One thing you need to know about Tallinn and Estonia is that encouraging startups and tech companies to get started in the country is part of their basic philosophy.” (2021) 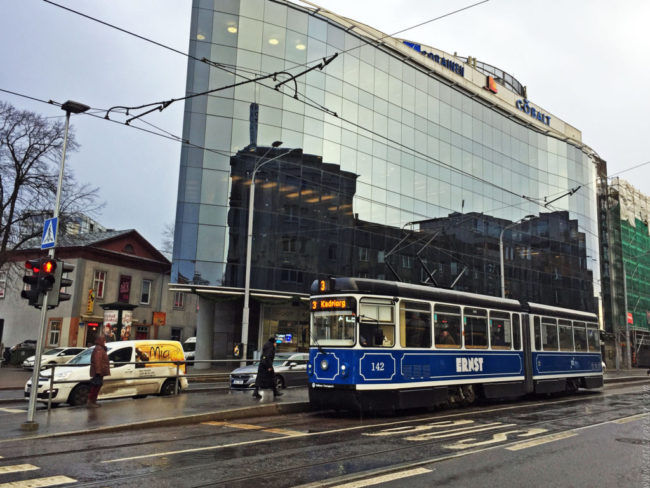 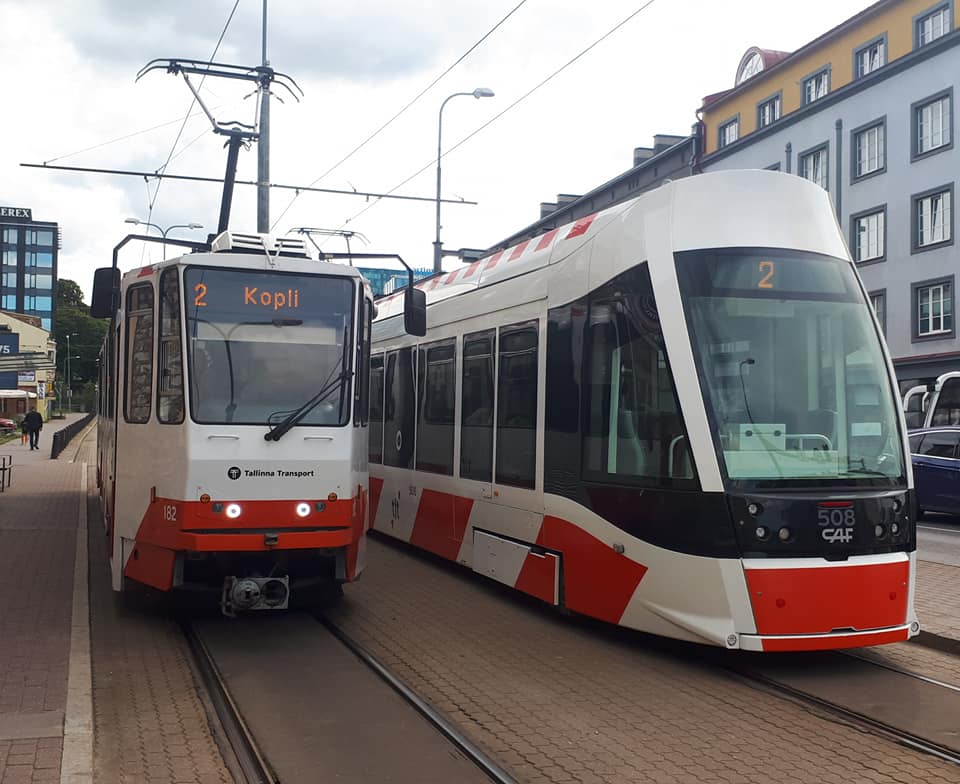 “The Estonian capital is well known for its bustling nightlife and unique cuisine. The most delicious lunch is in Tristan ja Isolde, where women in medieval dresses serve moose meat and "kama" (toasted grains with milk and sugar). The Vanaema Juures restaurant is popular with locals, and that’s no accident – the prices are reasonable and the selection plentiful. If you have a sweet tooth, the Pierre Café promises an unforgettable culinary experience with delicacies such as chocolate truffle or rum-and-chili hot chocolate. The pinnacle for pancake lovers is the Kompressor Pancake House, where dozens of varieties are offered, from blue cheese to blueberry. The recently opened retro-style Must Puudel maybe your favorite place not only in Tallinn, but maybe all over the world, and not just because of the tempting desserts, but also for its relaxed atmosphere. "
-----------------------------------------

“Tip: under the arcade of the town hall you can find a restaurant called “The Three Dragons” (Draakon III), which offers a real medieval atmosphere: first of all, there is no electricity, so tables are lit by candles. Second, the food is cooked over a fire and served in clay pots. Cutlery is not provided: as they say, in 1250 there were no knives or forks. Thus, food must be consumed by hand and foot. And what a selection to choose from: reindeer goulash for €2, a pie stuffed with reindeer meat for € 1.5, and even more pies stuffed with vegetables that would have been around in the Middle Ages. Kingly meals! The food can be washed down with homemade beer, which also costs around €2, and is served in ceramic jugs. Be sure to give it a try if you go there! If you’re lucky, a medieval knight just wants to cut your neck with a one-meter sword, of course just for the sake of the photo and in hopes of a euro or two. :)”

“There is a restaurant in the middle of the open-air museum. We were sure it would be prohibitively expensive, as it was the only catering establishment for miles. To our surprise, the fixed menu only cost 5 euros, so we also got soup, a main course, and cake. We thought there would be some problems with the amount or quality, but we were very pleasantly surprised.
We never ate so well anywhere else during our entire Baltic trip. The dishes included the more Russian-style solyanka soup with homemade bread and herb butter, fried chicken and potatoes, salad and dill sauce, and a cottage cheesecake with raspberry sauce. Indescribably good. If you are visiting the open-air museum, be sure to come here for a hearty lunch.” (2017)

“Starting from the train station, heading left will take you into a super party district. On the ground floor, there are cheap restaurants, ruin pubs, young people, parties, music, and everything a young partygoer needs. The beer is about 1 euro, food is about 2 euros… awesome. The whole party district has been converted from an old Soviet factory, and where there are pubs on the ground floor, the office of some world-renowned tech company may be on the second floor. Quite amazing.” (2021)

“Public safety is more or less 100%, and while there are maybe a few shady areas around Kopli, I have never seen a pickpocket, and everyone is very helpful and friendly – you can get used to the weekend and weekend drunks. The same goes in Scandinavia, of course, but the Estonians have learned one thing from the Russians: drink. This is also evident when you go into the first liquor store and see that 80% of the drinks are vodka. I think it's a wonderful country with great people :)” (2016) 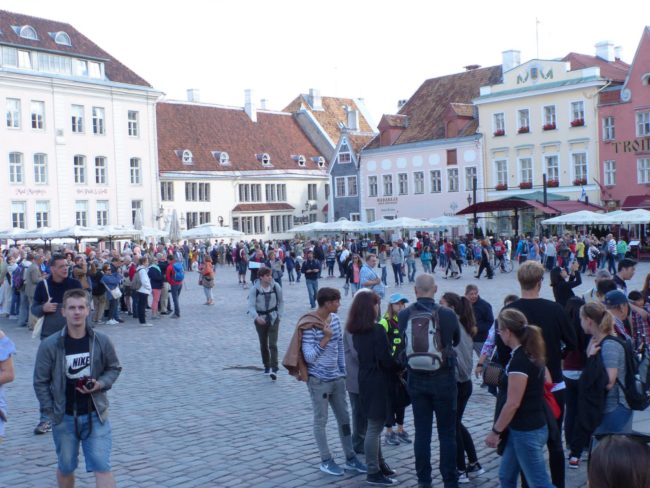 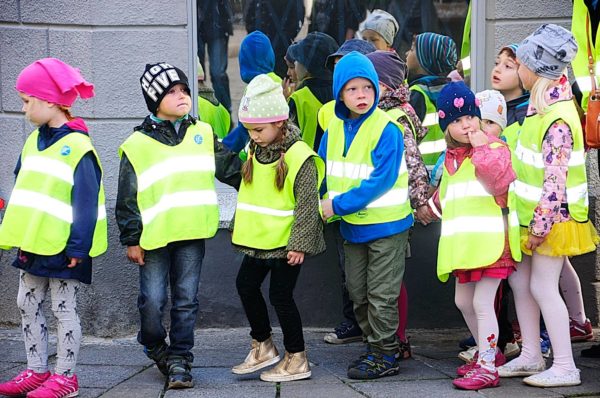 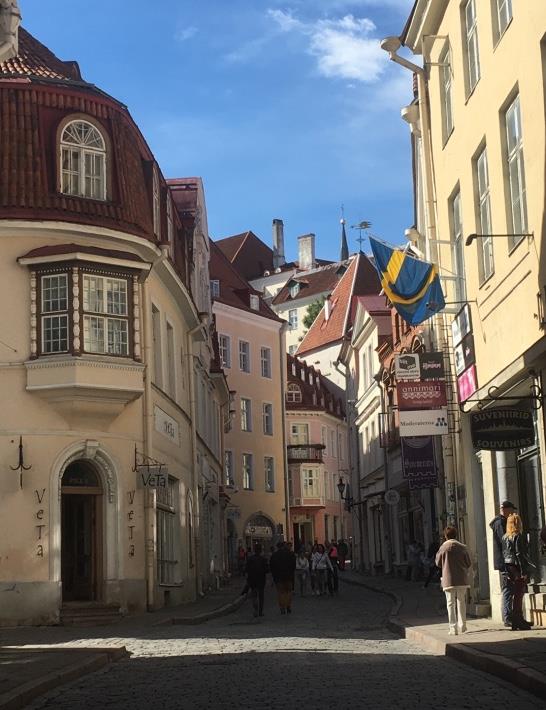 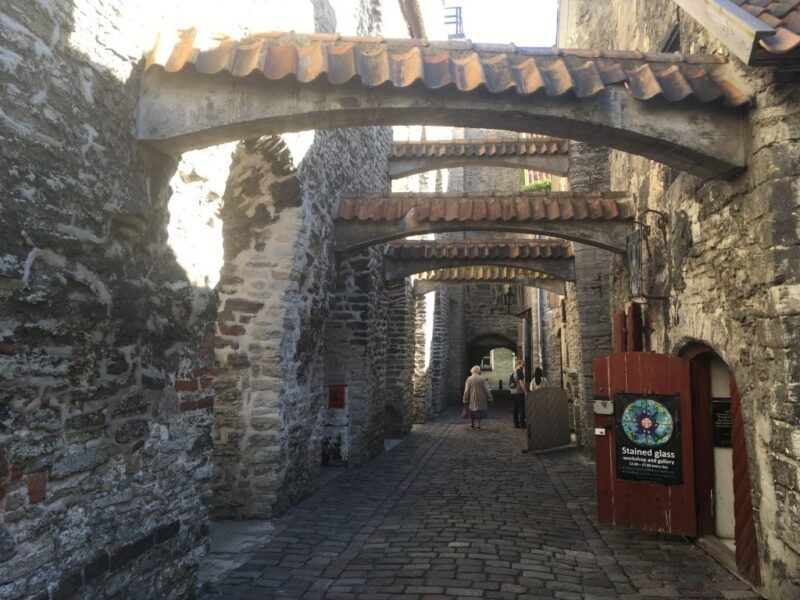