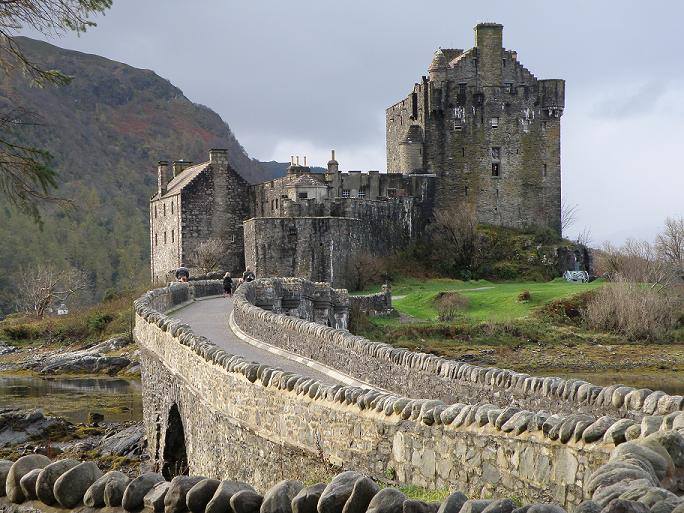 1. The living hell of stressful driving “on the wrong side” +
narrow country roads
2.  Morose, harsh, treacherous weather, dense drizzle,
trampling in the mud
3. Eating haggis (a kind of pudding containing sheep’s
pluck)
4. Loch Ness monster ignored our luring calls
5. Insanely hard to understand the Scottish accent
6. The aggressive troops of midges (small mosquitos) in
summertime (from the end of May until the middle of
September)
7. The important tourist sights are dispersed around the
country, so one must spend a lot of time and money on
getting around
8. Shops close too early
9.   Hotels are too expensive due to high demand
10.   We had no time to visit Skye island – what a shame! 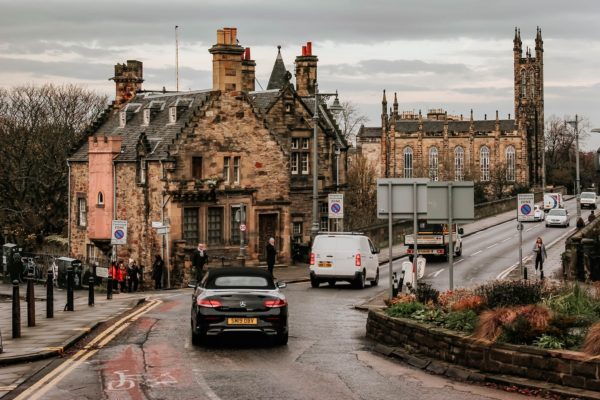 “Scotland is surprising and fascinating, all the way from Hadrian’s Wall to the Outer Hebrides. I could spend hours listing all the beautiful buildings in wild, untamed surroundings, the unique history, whiskies and ales of each region, and the friendliness and kind-heartedness of the locals (if you can decipher what they’re saying, that is – the accent isn’t exactly BBC English).

The fact is, though, you can find these in any guide book, so I thought I’d share some of my own personal favorites. One concerns the Lady Dervorguilla of Galloway, a 13th-century noblewoman, who loved her husband so much that after his death she kept his heart in an ivory casket, and asked to be buried with it in her arms when she was laid to rest in Sweetheart Abbey, which she founded. The good monks (apparently) complied with this request. Among the ruins of the abbey, there is still a stone marking the so-called ‘Lady’s Grave’ where a statue shows her holding a heart in her hands – a symbol that there has always been – even in those grim times – such a thing as immortal love.

Scotland also possesses forests where people go if they want something from the faeries because that’s where the faeries live. Plenty of colored ribbons, tiny figurines, and other mascots show how many have been here and entrusted their wishes to the faeries. Does it work? Who knows? All I can say is that all I wished for came true.

Scotland is definitely worth visiting – it’s a magical country. There are many ruined castles and monasteries, and each is packed with historical lore. Charming villages and old towns likewise await. If you’re in Glasgow, I’d particularly recommend ordering fish and chips at ‘Chippy Doon the Lane’. Oh, and they have some great ales – Ossian and Three Sisters were especially good. (H. G. 2017)

Of course as everybody knows most Scots live in castles or ancient stone cottages... I suppose part of the reason for this is that as the weather is somewhat harsh even the most lowly of houses are made of granite stone. OK this is not true, but outside the large housing estates of places like Glasgow and Edinburgh, it feels as though it is. The houses have to be stone because of the risk of attracting the attention of the Loch Ness Monster.

People flock to Loch Ness in hopes of catching a sight of the monster, which every Scot will tell you definitely exists. Also its good for tourism.

Things to avoid in Scotland are the midges, Scotland’s answer to the mosquito. Small things sometimes you can’t see and they bite. They have been know to drive cattle and horses mad, jumping of cliffs, to try, vainly, to escape them.

Under no account attempt crying freedom in impersonation of Mel Gibson’s portrayal of William Wallace. At best this will earn you contempt at worse a Glasgow kiss, (head butt. Don’t ask: is this money real?’

Don’t, whatever you do, think, say or in any way intimate that Scotland is part of England. See the reference to the Glasgow kiss above. Please, please, do not be tempted to say“Och aye the noo” in a cod Scottish accent. If you translate it literally it means “Oh yes just now.” I suppose that could be good or bad depending on what was on offer. Don’t embarrass yourself. To conclude Scotland is a canny wee country. (Alan Durant, 2020) 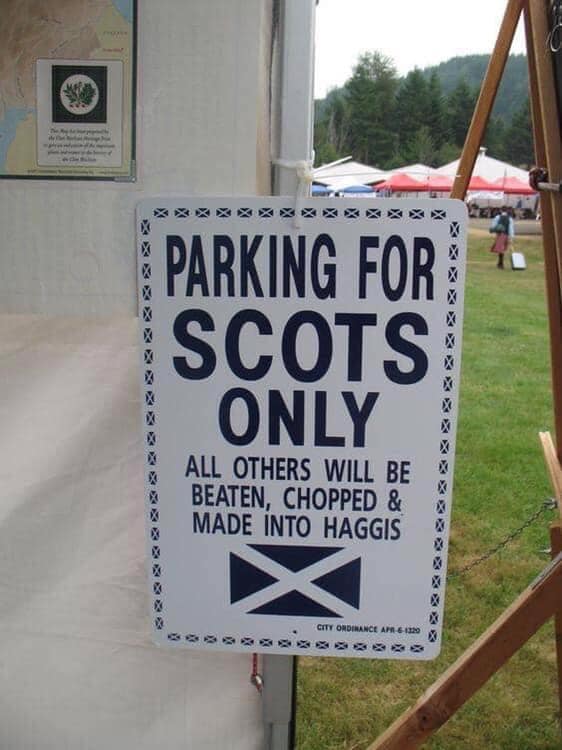 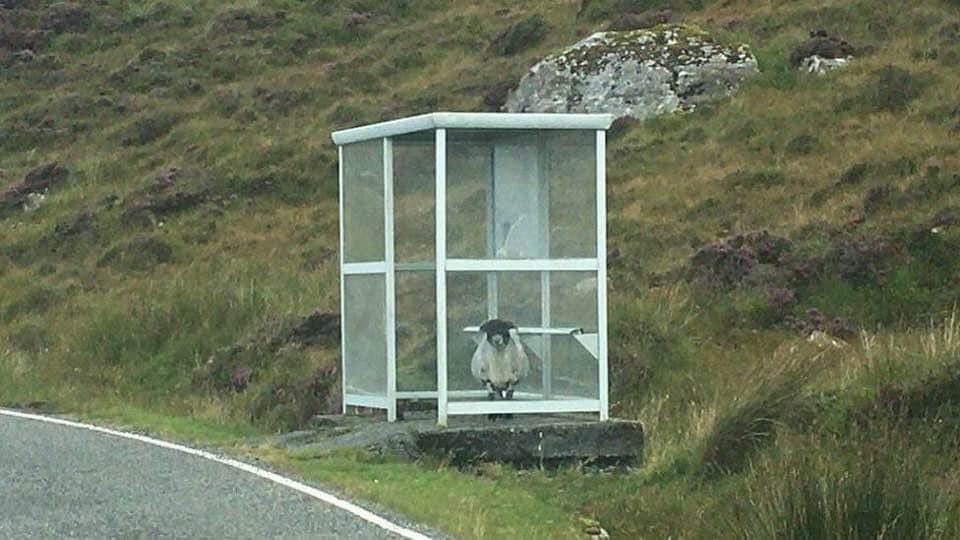 Scotland - Waiting for the next bus - a.j. photo 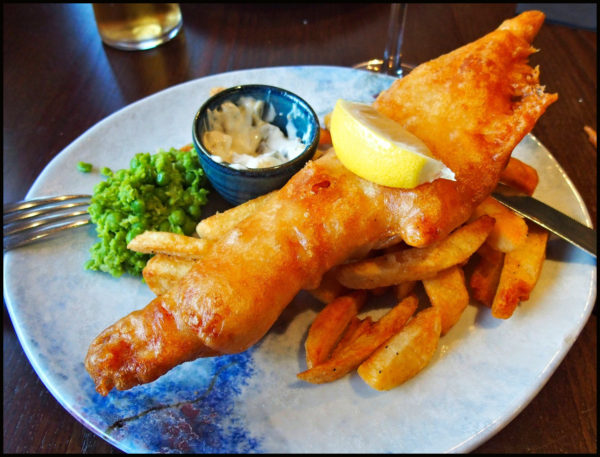 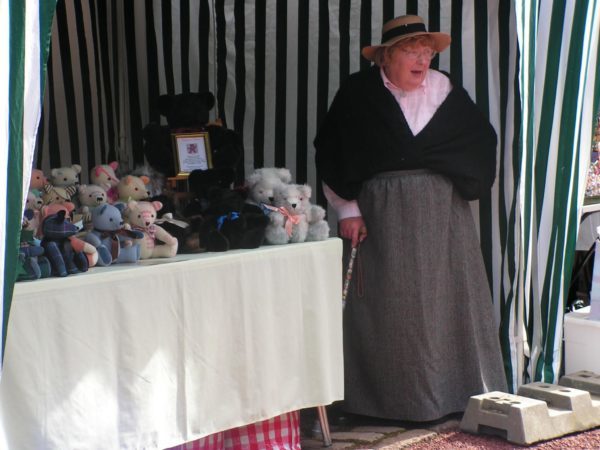 ,, There is a Scottish drink you should be advised of, that’s Irn Bru, as they say, “it’s made from girders.” This national soft drink is a super-sweet orange-colored concoction, deeply ingrained in Scotland’s psyche. So, to refuse a glass just won’t do. Many Scots also swear by its amazing ability to cure a hangover and somehow manage to overlook the fact it stains anything it touches bright orange, or that it contains enough sugar to rot the Loch Ness Monster’s fangs. 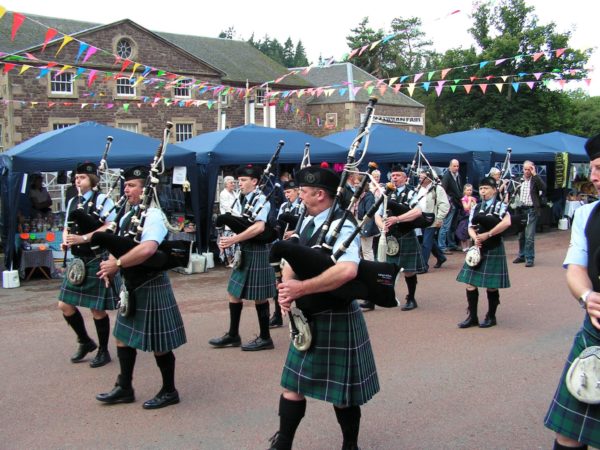 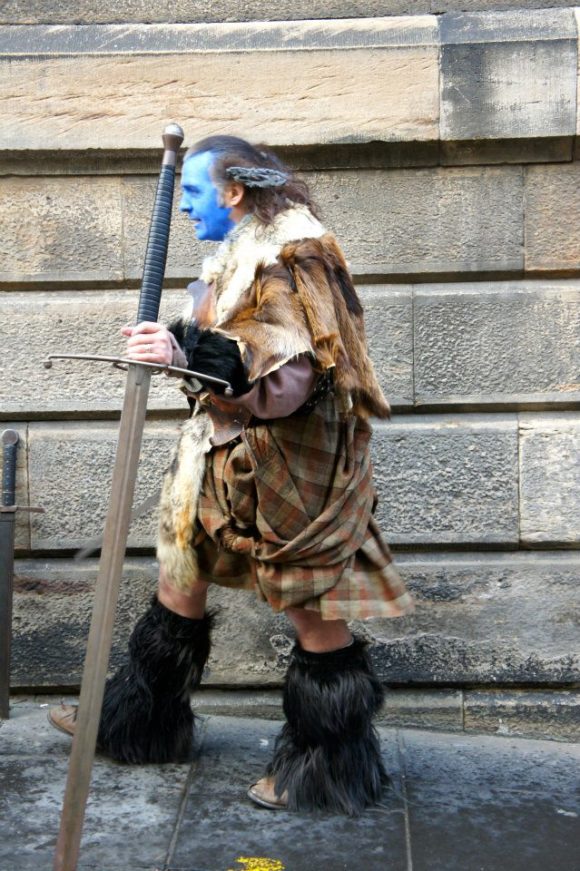 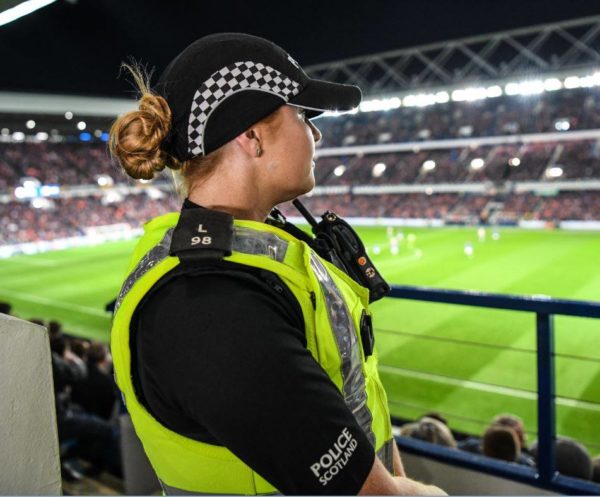 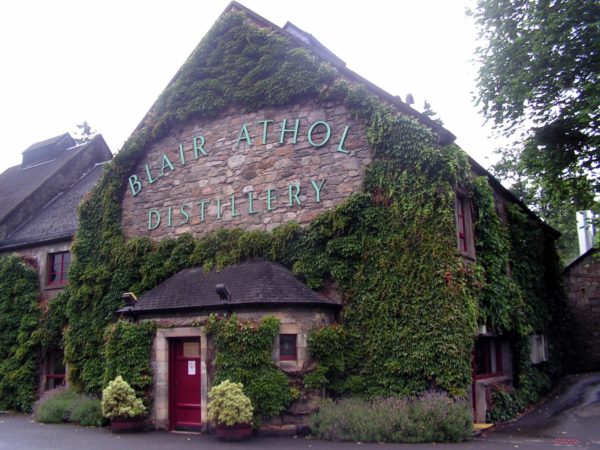 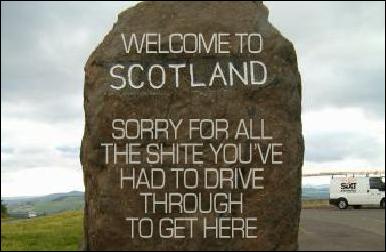 Scotland is part of the United Kingdom (together with England, Wales and Northern Ireland) and of Great Britain (along with England and Wales). It is located in the northwestern part of Europe, north of England. It has an eastern coastline on the North Sea, while the Atlantic Ocean borders its western and northern coasts.

In Scotland, around 13% of the population have red hair - the highest percentage in the world. Even better: at least 40% of Scots have the red hair gene in their DNA.

Scots are generally pissed off at the English for having disregarded and belittled the Scots’ national sentiments and interests for centuries, and still doing so.  (After Germany defeated England in a vital 2000 World Cup qualifying match, Scottish ferry workers on the Isle of Skye route let German tourists travel for free.)

Language: English is spoken by 99% of the Scottish population. The most common minority languages are Scots and Scottish Gaelic.

Religion: About 42% are followers of the Church of Scotland (Protestants), and about 16% Roman Catholics.

Currency: British Pound (GBP) - Scottish banks print their own version of the notes. These "Scottish notes" are mostly accepted throughout the United Kingdom.

Scotland has its own national football and rugby teams, and they compete individually in the FIFA World Cup and the European Championships. However, Scotland competes together with England and Wales, as “Team Great Britain”, for the Olympics.

Optimal timing for a tourist visit: May, June, September

There are around 3,000 castles in Scotland. This is because in the Middle Ages and even after, each clan, however small, would have at least one castle within its territory. Scotland is home to some of the oldest castles in the world - the oldest ones still standing date back to the 11th and 12th centuries. 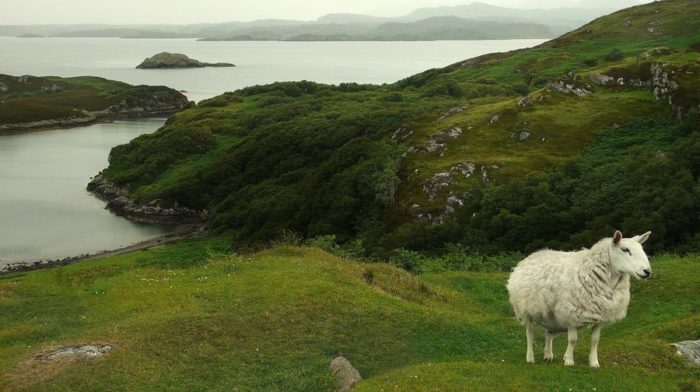 ,, There is a saying in Scotland, “how do you tell the difference between a Scottish summer and a Scottish winter.” “In the summer the rains warmer” The weather in Scotland is a fickle thing, and it is entirely possible that you may experience all seasons in one day. If the sun does come out the Scots will whip their tops off even if you think it's still cold. When it's not raining it can be very nice though. No need to cut holes in the ice if you want to go fishing. (Alan Durant, 2020) 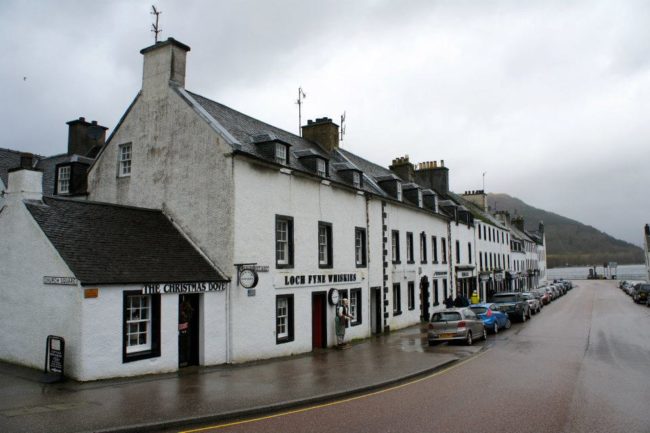 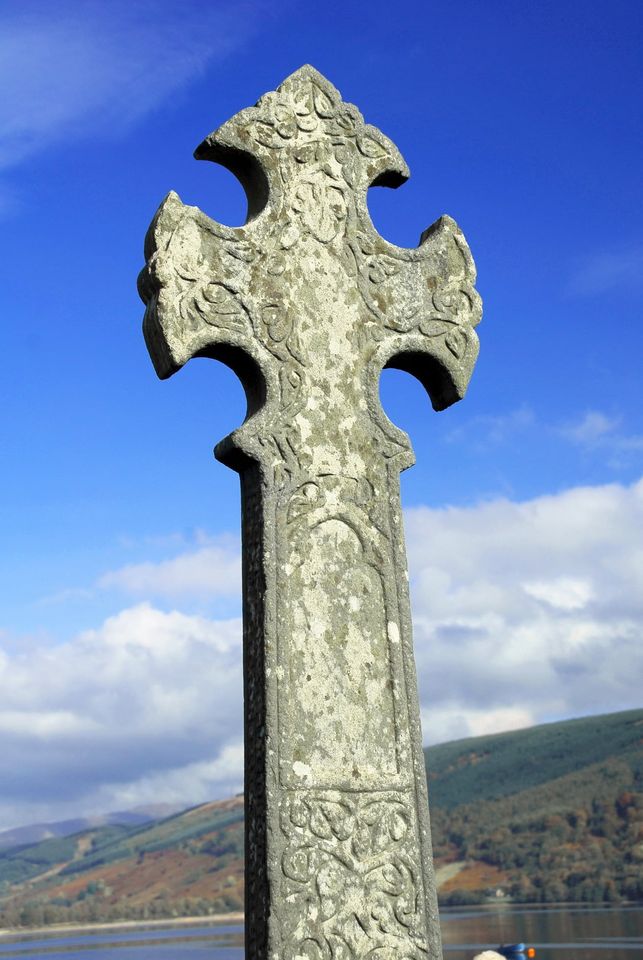 ,, Before we go any further take note, it’s the Scots or Scottish, not Scotch that’s whisky, and it's not whiskey, that comes from The USA and other places that can’t spell it or imitate it.

The Scots have a reputation of being “tight-fisted”. This is illustrated by the expression “many a mickle makes a muckle”. Give up? Ok, lots a small ones make a big one, usually used in relation to money. Don’t however run away with the idea that the Scots are mean, yes they are careful but at the same time generous. You may well hear hilarious bar room discussions where people argue over whose turn it is to buy the drinks, not because they don’t want to pay, but because they do, and thus avoid the tight-fisted label!

One of the other things Scotland is known for is men wearing skirts (don’t repeat this) actually it’s kilts. This has nothing to do with gay pride or self-identification but is a tradition. Not many people wear the kilt these days except for ceremonial and heritage reasons. Even in the past kilts were only really worn in the mountains of the North. Nothing is supposed to be worn under the kilt which considering Scotland’s weather show hardy the men are. In Scottish regiments, the NCO’s would have a mirror on the toe of their boot to inspect that the men are properly “dressed.” Probably questions about nether regions are probably left unasked. Suffice to say, in very cold weather you can hear the clank of a Scotsman from miles away. Kilts generally display a tartan which indicates the wearer's clan.

There are clans in Scotland but by no means everybody identifies with one. In fact, the biggest obsession with clans is probably held by Americans who are often sold “clan” paraphernalia on the Royal Mile. For those Scots who have any idea which clan they might belong to, don’t spend their time feuding with other clans. The swirling of the kilt and the skirl of the pipes is also much associated with Scotland.

There is still ceilidh which can involve traditional music and dancing in particular the bagpipes, more a weapon of war than a musical instrument. It comes as a shock to first hear one, rather like the sound made by putting a cat through a mangle. If you’re confused by the word to skirl then you should know that it’s Gaelic originally, the language of at least the North of Scotland but now only spoken by a small percentage of the population although words pop into the English spoken in Scotland to the delight and confusion of all. (Alan Durant, 2020) 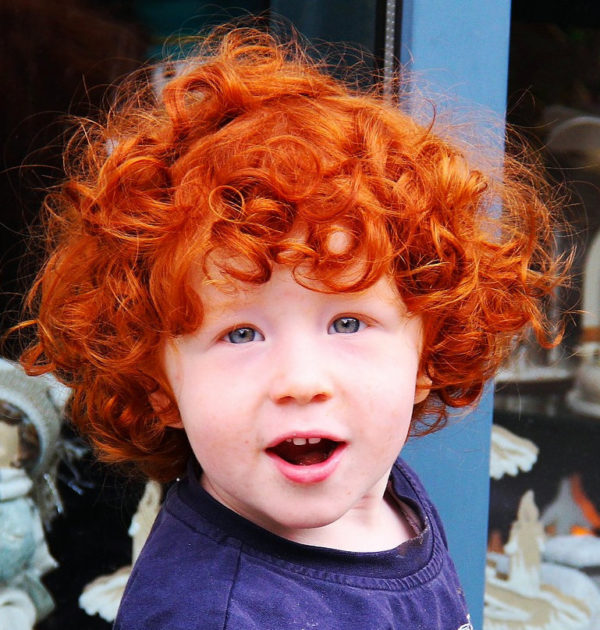 ,, Scottish food is individual. Most people have heard of Haggis which is a savory pudding containing sheep's pluck (heart, liver, and lungs), minced with onion, oatmeal, suet, spices, and salt, mixed with stock, and cooked while traditionally encased in the animal's stomach. It looks a bit odd, you’ll have to see it, but it's surprisingly good. Often it's eaten with neeps (basically turnip) and tatties (potato’s) Of course you’ll need a dram (glass of whisky) or two with it The other famous, perhaps infamous food is the deep-fried Mars bar. The Mars bar, a sort of chocolate, is battered and deep-fried in fat. It might well have something to do with the high rate of heart disease in Scotland. Truth is most Scots would rather have fish and chips. Basically it's offal, as they say, it’s offaly good. (Alan Durant, 2020) 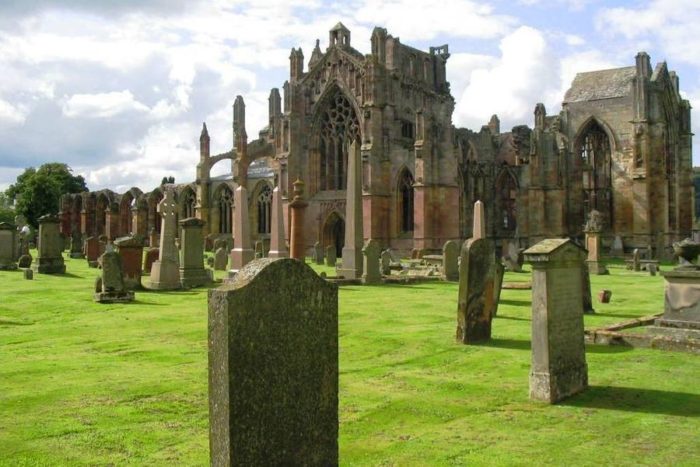 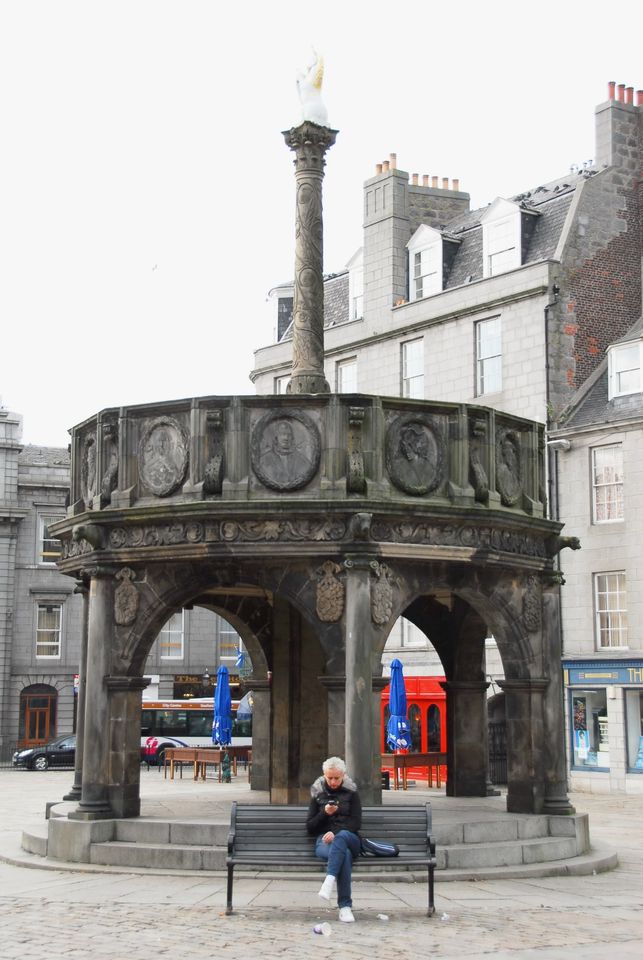 Scotland - Aberdeen - Mercat Cross (built in 17th century), a place where merchants would gather, and later became the focal point of many town events such as executions, announcements and proclamations - Elter photo