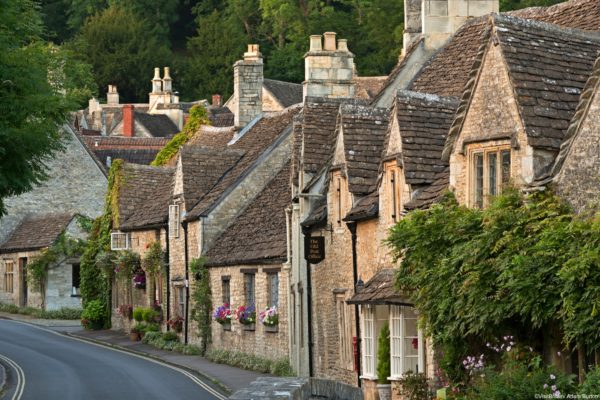 1. The Old Town of York is small but a great experience

2. The picturesque villages of Cheshire

3. Walking along the Thames in Oxford

4. The fabular colleges of Cambridge

6. The apple crumble with custard made by my friend,Jeremy's wife, Ann

7. The first dark ale beer in my life enjoyed in a classic pub in Rochdale

10. The Albert Dock in Liverpool

1. There is no nightlife in smaller towns apart from pubs

2. It's always either winter or autumn or wet

5. The visit to the Tower of London was a disappointment: a huge crowd, some boringly empty halls.

7. Blackpool as a tourist destination

8. The Chinatown of Liverpool

9. The grey sky over Manchester

10. Birmingham - ugly buildings from the sixties

12. Brighton and Bath are humdrum. 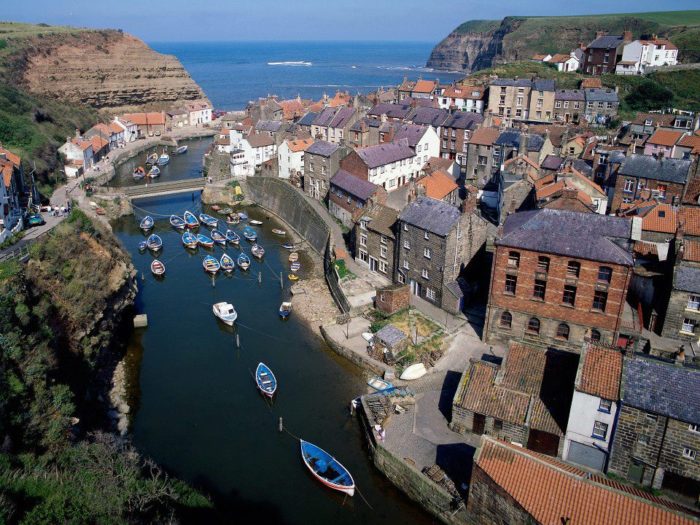 “HORN HONKING. It’s worth being aware that there has been a certain ‘Italianification’ of English driving habits, and they’ll honk their horns on any slight pretext. If you don’t have room to let them past, if it’s the weekend, if they’re in a hurry, if you don’t start at the green light with the reflexes of Usain Bolt, if you wait to turn, because there’s traffic coming the other way... they honk at you. And if you try to overtake them, they gesture at you when you come alongside then floor the gas and tear off ahead of you. So you have to get used to all this, but after a few weeks you learn the ropes and don’t get honked at so much. Still, when you’re still new to English driving, and to driving on the left, their impatience is another source of stress.

“Driving? I wouldn’t call them experts. Bus drivers approach their stop, still doing 40km/h, and then brake hard at the last minute. We’ve just had a light snowfall, which revealed how helpless they are against winter conditions. The fact that they don’t use winter tires – at most a snowflake-pattered outer layer they slip on over the main tire – shows that this is not a nation which generally gets a lot of snowfall. The fact is, though, I don’t think even the basic laws of physics are covered in driving school, because even I (and that’s saying something) wouldn’t try revving the engine to a scream and trying to drive across slippery slush.

I watched from my window yesterday as a woman was reduced almost to tears by her attempts to drive up a hill. She wasn’t making any headway whatsoever, and at last a kind-hearted dog-walker helped her push it into a parking space, so at least she could take a break and pull herself together.

Some may raise an eyebrow, but I think a person’s ethnicity can be used to roughly anticipate their driving style. Of course, it’s even more pronounced if someone actually learned to drive in Kolkata or Mumbai, but even after generations in the country, I think there’s a special, steely resolve in Asian women: they don’t give a damn about anything. One Filipino colleague, for instance, always says a prayer before turning the key in the ignition. After that, though, she feels divinely protected – once, when she was driving us somewhere, she found something so funny that she shut her eyes and put her face on the steering wheel in fits of laughter. We all shouted at her to stop – stick to the left, come on! Before that she’d been driving very neatly, straight down the middle of the road.

In case this all seems a bit unfair, I will say that I have the highest respect for female bus drivers – in my experience they have a much surer touch than their male colleagues.” (2017) 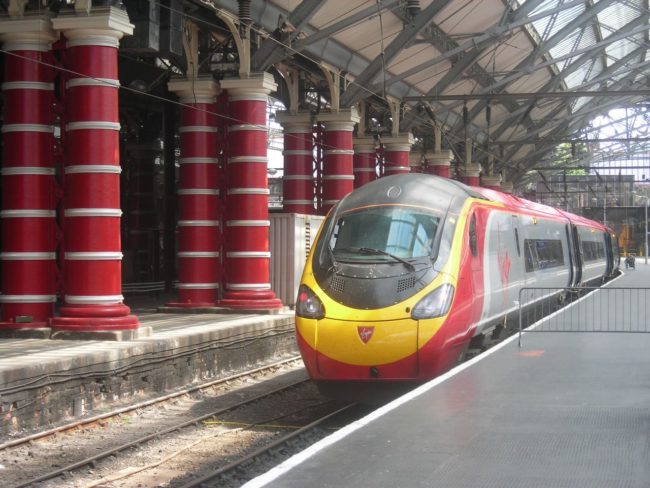 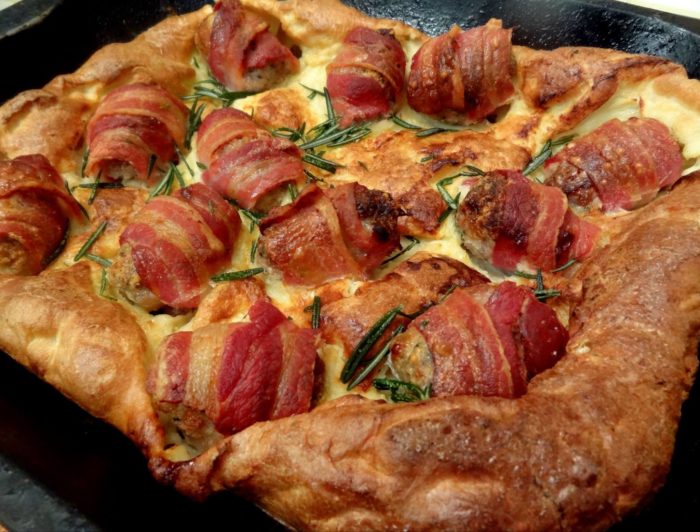 England - Bacon Toad in the Hole 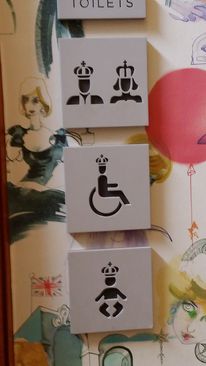 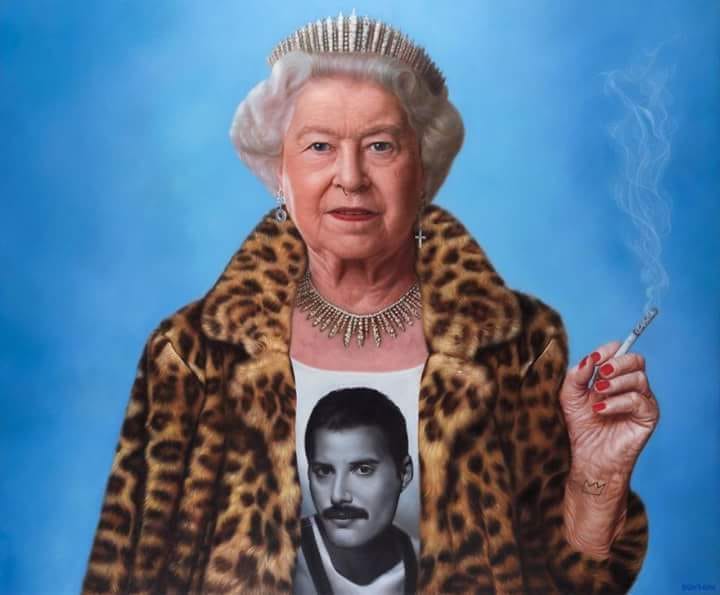 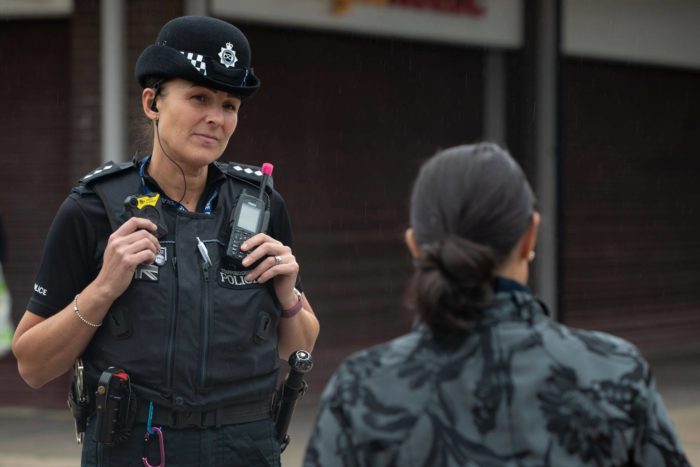 The traditional English diet is unhealthy and greasy: fish and chips, bangers, full fry-up breakfasts, crisps. There are significant problems in England with obesity and diabetes.

“Next time you’re washing your hands and the water seems too cold, spare a thought for the people of England around 1500. At that time, most weddings were held in June, since traditionally the yearly bath was taken in May, and people still didn’t smell too bad in June. To cover any unpleasant odors that did happen to waft about, brides held a large bouquet of fragrant flowers. This later became the bridal bouquet. 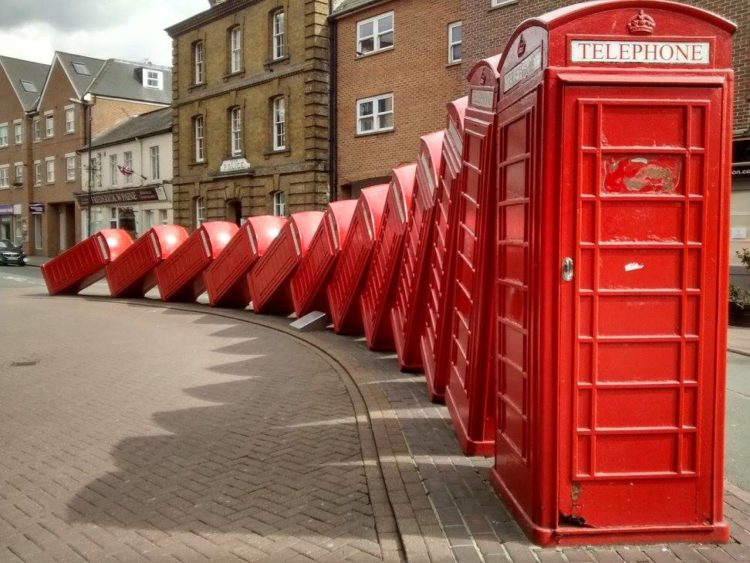 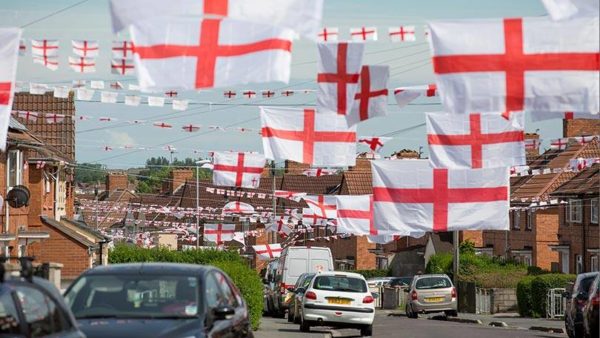 In case you don't already know: England, Scotland and Wales is Great Britain, a geographic term -  England, Scotland, Wales and Northen Ireland is United Kingdom, a political term. We stress that in this section, we are only going to deal with England.

Scotland borders England to the north, Wales to the west, the Celtic Sea to the southwest, and the Irish Sea to the northwest. It's separated from continental Europe by the English Channel and the North Sea.

,, An important thing to remember that for a large percentage of English people we still are the most important people in the world and people look to us for leadership and moral values. This is based on the extremely decent nature of our empire which spread enlightenment in the benighted corners of the world, like America.

You should on no account confuse the English with the British. British includes the Welsh, Scottish, and Northern Irish as well as the English, calling someone English who is not could get you a fist in the face so take care.

This is not to forget that the English from different parts of England hate each other as well. The English are first and foremost very polite, except the tourists and football fans. Knock somebody over in the street and they are likely to apologize to you even if it were your fault. Should you experience any sort of problem in England no matter how dire it can be solved with a “nice cup of tea.” Your left leg is bitten off by a lion, “have a nice cup of tea you’ll feel better.” War is declared. “have a nice cup of tea, it’ll be all right”.

Of course when a cup of tea on its own is not enough then the English employ the stiff upper lip a means of displaying resolve despite the possibility that it might be above a quivering loose flabby lower one. In fact the English have a range of coping strategies. At the first sign of “a bit of bother” the English will form a queue even if they don’t know what for. Woe betide you if you attempt to queue jump. This can result in fisticuffs.

You might participate in the English favourite past time, talking about the weather. As it’s possible to have all four seasons in the space of an hour it's an endless topic of speculation and discussion. Regardless of the weather you often find the English inappropriately dressed. Should the sun come out shirts and tops come off and within an hour or so the average English person is burnt to a crisp. This is especially true should they go on holiday somewhere like Spain.

The other side of the coin is seen on freezing winter evenings when lads can be seen in jeans and a T-shirt and girls in mini skirts and crop tops. The goosebumps are more than apparent.

An example of indifference to the weather, (other than to complain about it) is the insistence on having a barb-cue even when it’s raining. Another English tradition that can incorporate BBQs or almost any other get-together is binge drinking which allows for large quantities of beer to be consumed at one sitting because often you find yourself unable to stand. This activity can often incorporate “taking the piss”, that’s what might be considered harsh or sarcastic humour at someone’s expense, but it is meant well. After a night like the above the English like nothing better than a bacon butty, (sandwich).

A step further would be a “full English breakfast, bacon, fried eggs, black pudding, baked beans, sausages, chips, mushrooms, and fried tomatoes all with brown or tomato sauce and bread and butter, yum. The English are so fixated on the English breakfast that you will find it in cafes in places like Spain, Portugal, and Greece, and is on offer all day long. The Romans called it Perfidious Albion which is not fair as of course, the English were not the English then if you see what I mean. Fortunately or unfortunately, depending on your luck, the English can be nice or nasty but even if they are nasty they will probably be polite about it." (Alan Durant, 2020) 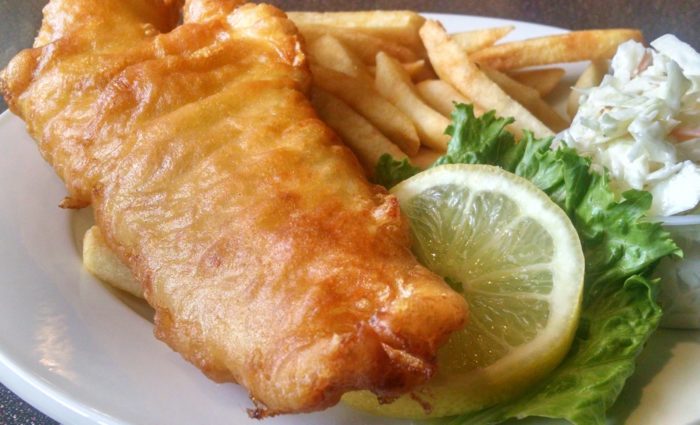 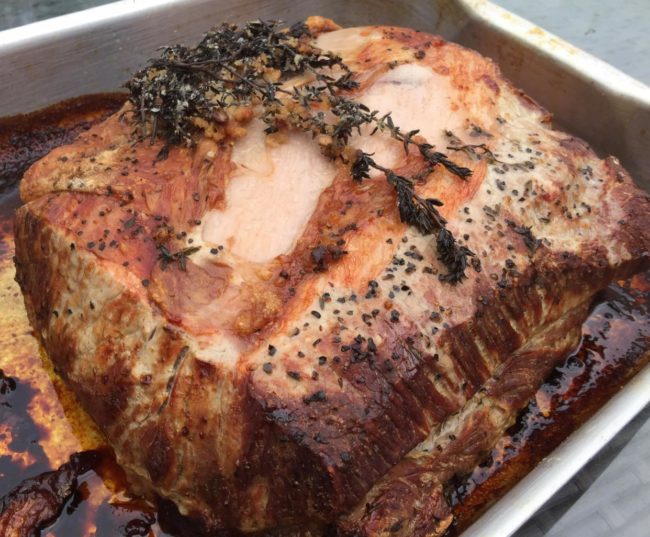 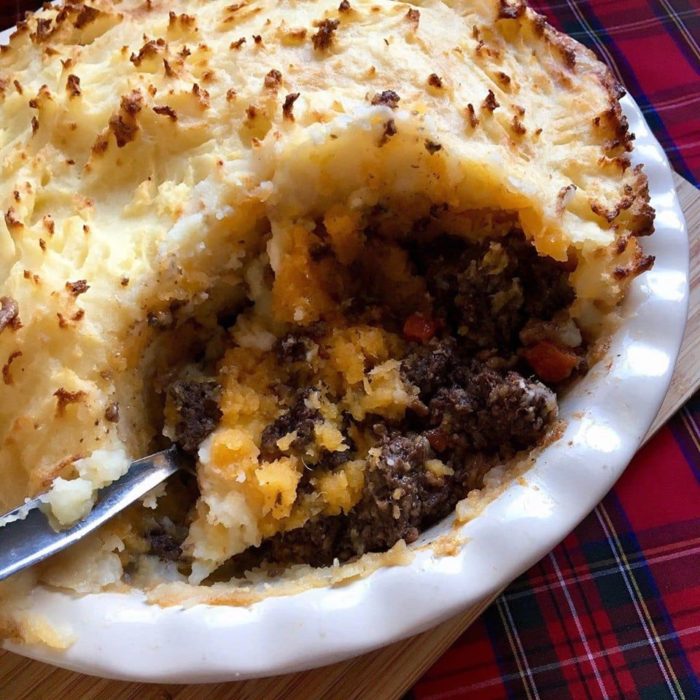 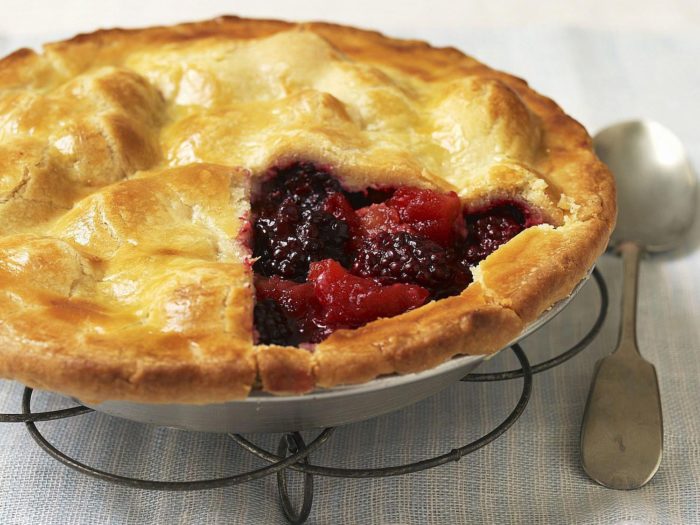