1. Belfast – despite a tragic history, a surprisingly vibrant, exciting city. The cathedral quarter and the area around the university have excellent restaurants, pubs and nightlife, especially during university term time. Famously friendly, and probably the best place to party in Ireland outside Dublin (which is very expensive)
2. Game of Thrones! Most episodes were filmed in Northern Ireland, and many tours take fans on excursions to see the locations where famous scenes were filmed.
3. The Causeway Coast Road and Giant’s Causeway are genuinely spectacular. Driving the coast road in a hire car would be better, though parking can be a problem at the major attractions
4. The intact city walls of Derry/Londonderry (what you call the city depends on whether you’re a Catholic or a Protestant) are beautiful, and the scene of much exciting history.
5. The Mourne Mountains, near the border with the Republic of Ireland, are some of the most beautiful in all Ireland. The famous folk song ‘Where the Mountains of Mourne sweep down to the sea’ celebrates their beauty.
6. Beautiful, lush green countryside, just like the rest of Ireland
7. Tensions between Catholics and Protestants remains, but a visitor is extremely unlikely to experience any of that.
8. For anyone interested in the 30 years of violence between 1967 and 1997, known locally as ‘The Troubles’ there are black taxi tours conducted by knowledgeable experts who will show you safely around what were once the most dangerous parts of Belfast. Morbidly fascinating.
9. Mount Stewart, just 45 minutes drive from Belfast, is a hidden gem. An aristocratic home built in the 18th and 19th century, it is best known for its spectacular gardens, with unmissable topiary dodos and a large artificial lake.
10. As in the rest of Ireland, it’s good to get off the beaten track and explore smaller towns and villages – many are very beautiful.
11. More and more tourists are visiting, but it remains quite off-the-beaten-track compared to Dublin or Galway. Worth visiting while it’s still relatively unexplored!
12. Northern Ireland is where St. Patrick spent most of his time in Ireland, and you can visit his grave in Downpatrick.
13. The Titanic was built in Belfast, and the Titanic Museum, opened in 2012, is the best place to learn about this iconic ship.
14. Carrickfergus Castle, just north of Belfast, is  one of the oldest and best-preserved castles in Britain and Ireland, and witnessed much fascinating history over the centuries. There was even a sea battle here between the British and the Americans during the War of 1812. Shame about the huge power station next door!
15. Old mansions in the countryside (like this)

1. As ever in Ireland – the weather. The rain rarely lasts for long, but it’s often grey, and if you’re spending a day outdoors you’ll almost always need to bring some rain gear. Often grey and overcast, even in summer. Winters are dark and wet but surprisingly mild
2. Can be difficult to understand the local accent, which is quite different to what you’ll find in the Republic of Ireland. There are a lot of Scottish influences in the north, so for example people will say ‘aye’ for yes, and ‘wee’ for small.
3. One of the poorest parts of the UK, and substantially poorer than the Republic of Ireland. This means lower prices, but also more poverty, run-down buildings, etc.
4. The 12th of July is a major Protestant celebration in Northern Ireland. Bonfires are lit and marches are held, which sometimes leads to violent encounters. Many locals leave during this period, and even though it’s a time when many people like to travel, it may not be the best time to visit Northern Ireland, and Belfast in particular.
5. ‘The Troubles’ still cast a shadow over Northern Ireland. There are many taboos around this topic, and asking people whether they are Catholics or Protestants often makes locals very uncomfortable. In general, unless people signal that they’re happy to talk about these issues, they’re best avoided. Likewise, avoid wearing soccer jerseys, as these sometimes suggest Catholic or Protestant leanings, and can cause problems in the wrong neighborhoods.

6. The currency is the British pound, so if you’re travelling in the Republic of Ireland and plan to visit the north, you’ll have to change money. You can use a card in most places, of course.
Cheaper than most parts of Britain, but still part of the UK and so not a budget destination by European standards
7. A lot of rather unpleasant reminders from the past – there are murals painted on the side of buildings, often showing masked men, and designed to intimidate and spread fear.
8.Pub culture is alive and well, but live music isn’t as common in Northern Ireland as in the Republic. If you’re looking for some, ‘The Points’ in downtown Belfast is a good place to start, and otherwise check online.
9. Police stations still look like fortresses, and police cars are like small tanks. Can be a bit intimidating.

“Belfast is the second most populous city on the island of Ireland, and is the main city in Northern Ireland. It’s a very vibrant city, full of life, and of course it’s full of great pubs. Among these, the Crown Liquor Saloon (1880) is particularly special, not only for those who love whiskey and pubs, but also for lovers of architecture. It was referred to for a long time simply as the ‘Victorian Gin Palace.’

It’s still worth checking out today, even if you aren’t a fan of whiskey, because of all the details which have remained unchanged since 1880: the carved wooden ceiling, the old-fashioned gas lamps, the stained-glass windows the colorful mosaic tiles and unique beer taps. The most unique feature is the ten individual little boxes, about the size of train compartment, where six or so people can sit around a table in privacy and discuss the state of the world. Each stall has its own letter, and the former signaling system has been preserved, though it is no longer in operation.” (2018) 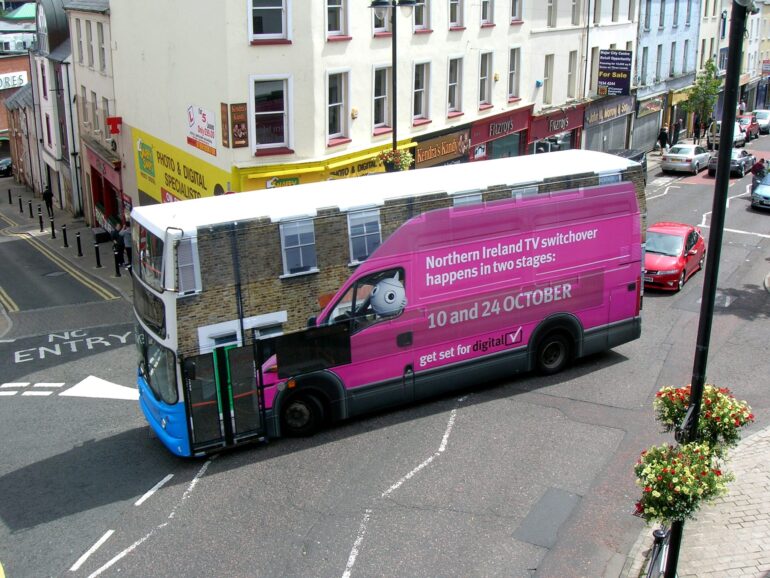 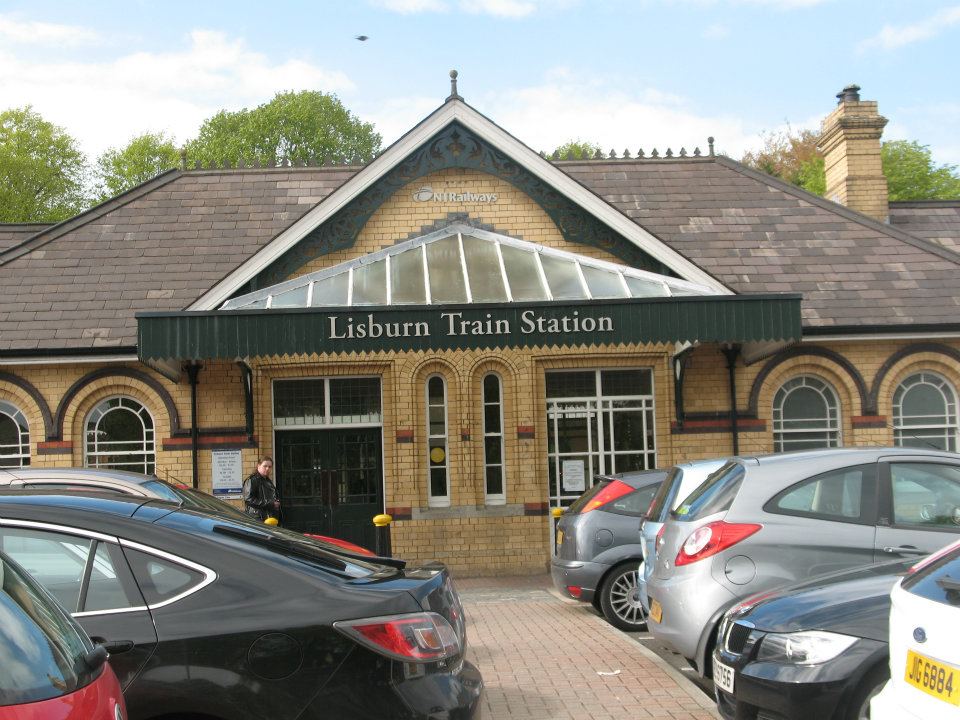 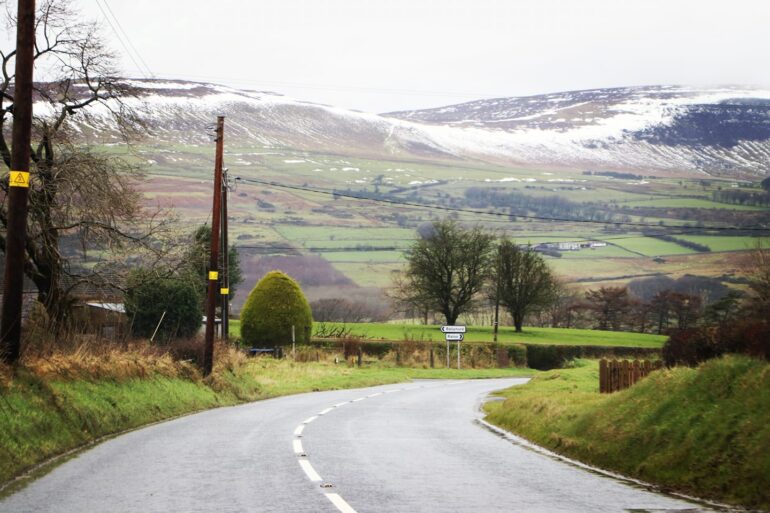 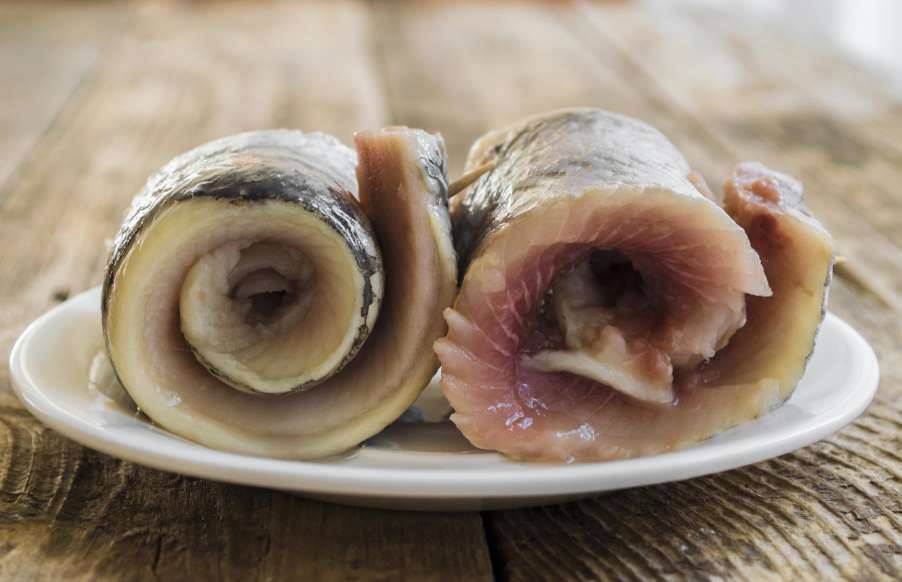 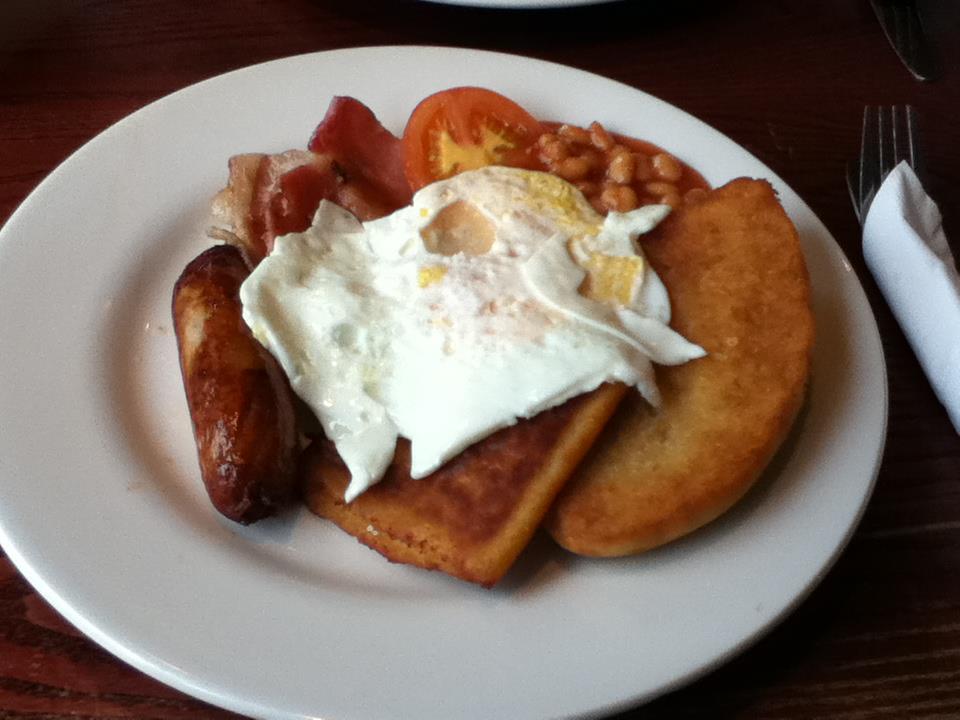 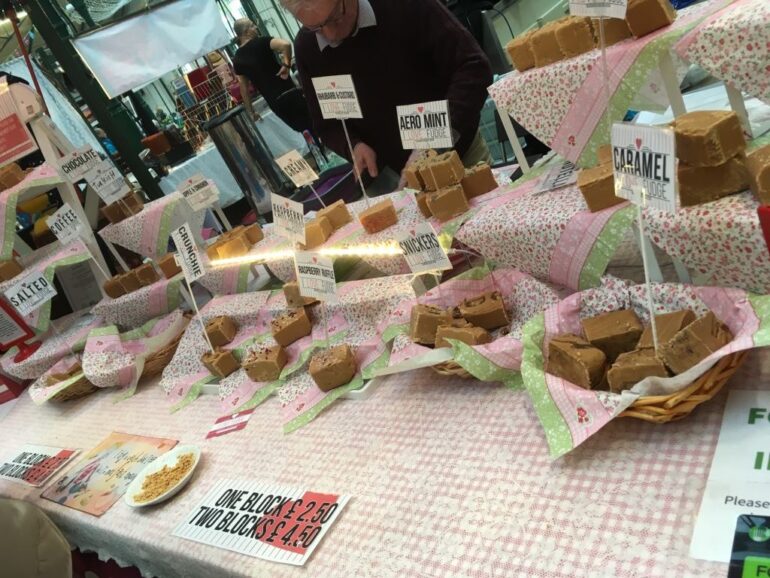 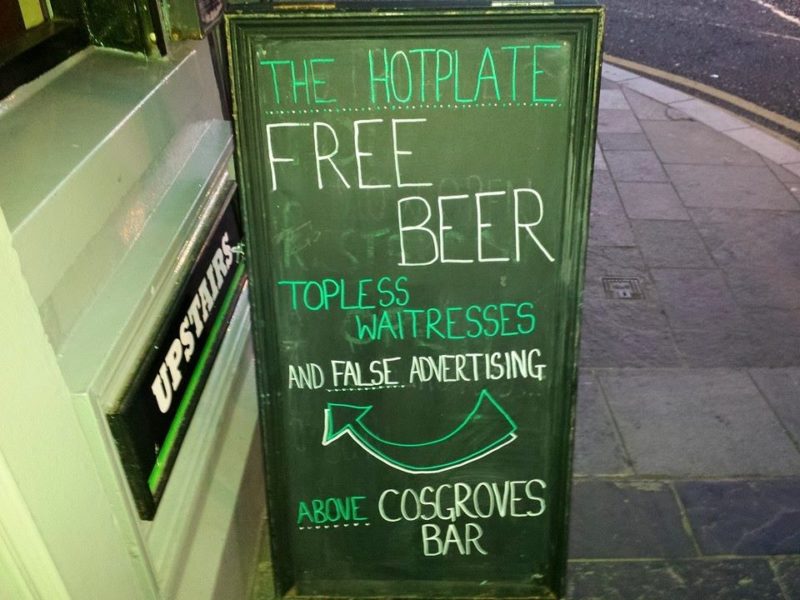 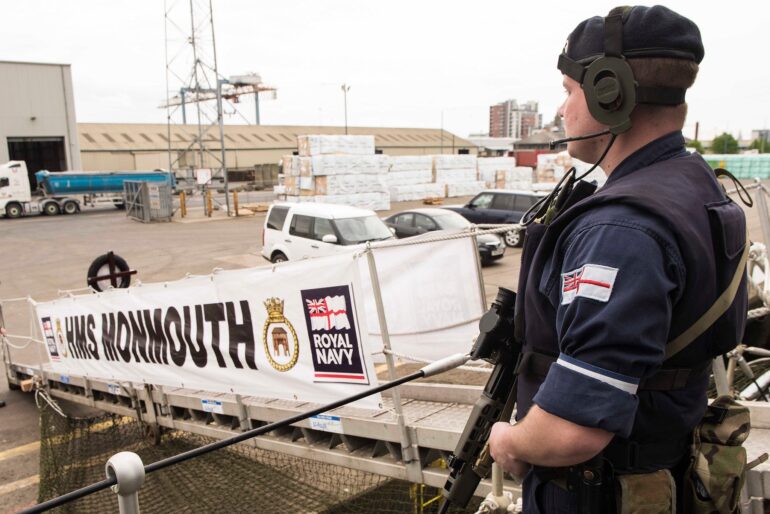 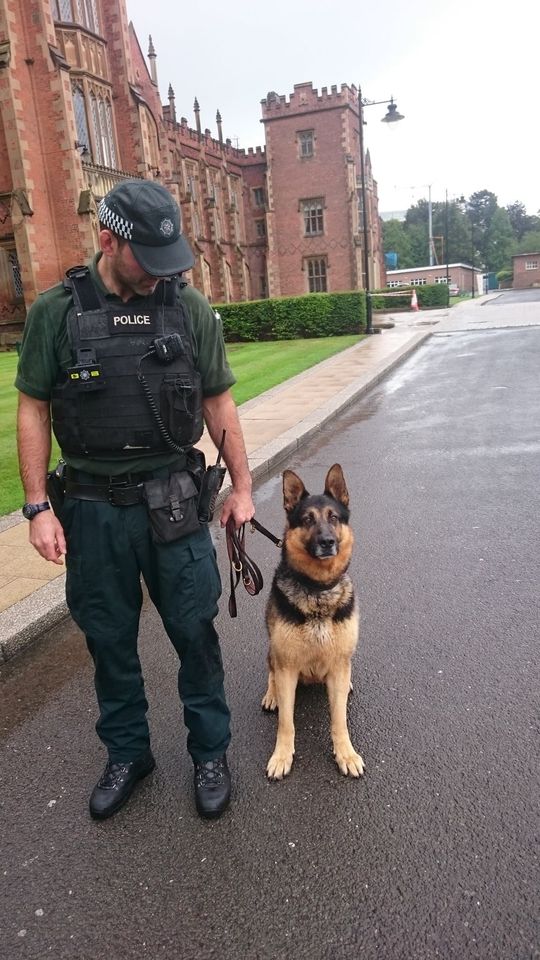 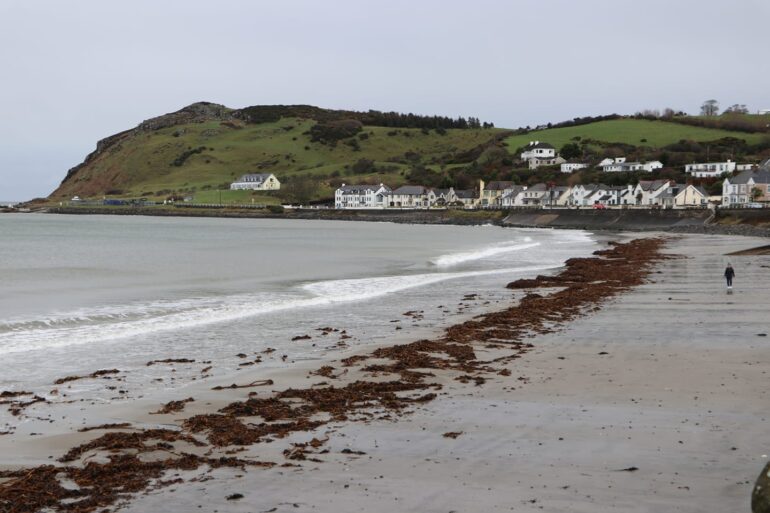 Northern Ireland is one of the countries of the United Kingdom besides England, Wales, and Scotland.

Languages: English is the official and the most spoken language -  There are also two recognised regional languages: Irish and a local version of Scots, known as Ulster Scots

Religions: 47% Protestant, 46% Catholic - According a leading academic, the Catholics will likely outnumber the Protestants by 2021 (As of 2018, among schoolchildren already 51% Catholic, 37% Protestant). 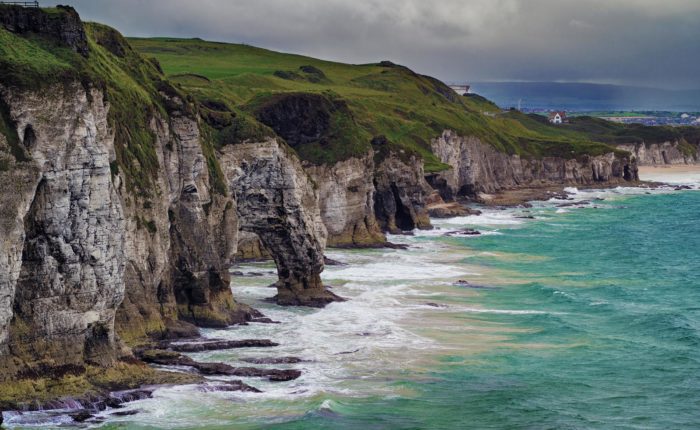 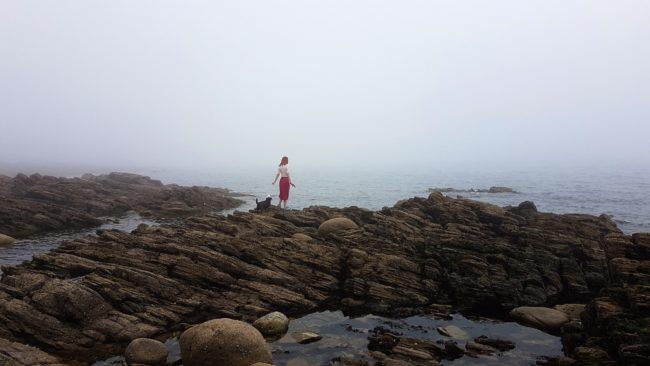 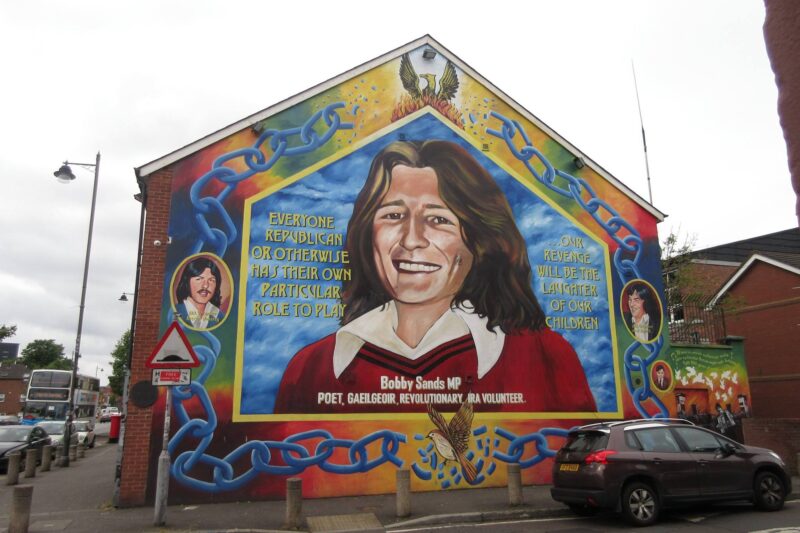 Northern Ireland - Belfast - The Bobby Sands memorial mural on Falls Rd (republican). He died after he went on a hunger strike in prison. - p.j. photo 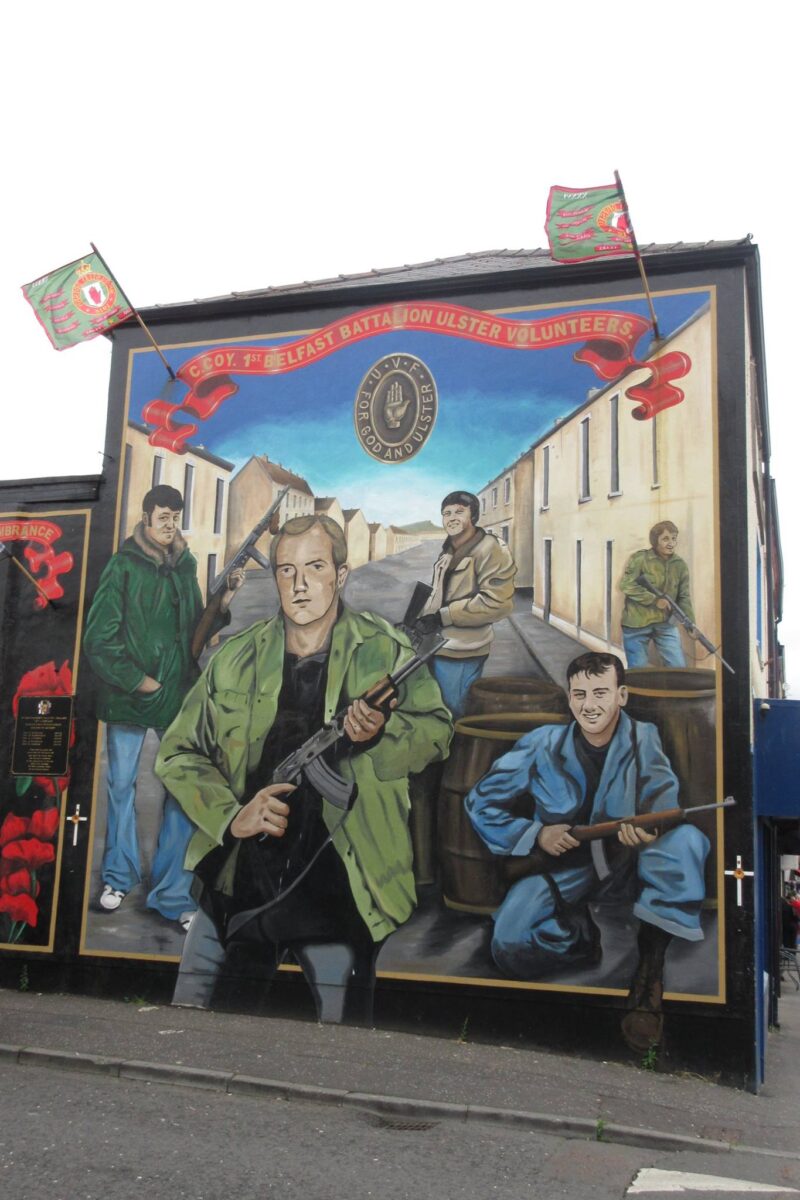 Northern Ireland - Belfast - Shankill Road - These Unionist fighters are all dead - that's why their faces are shown - p.j. photo 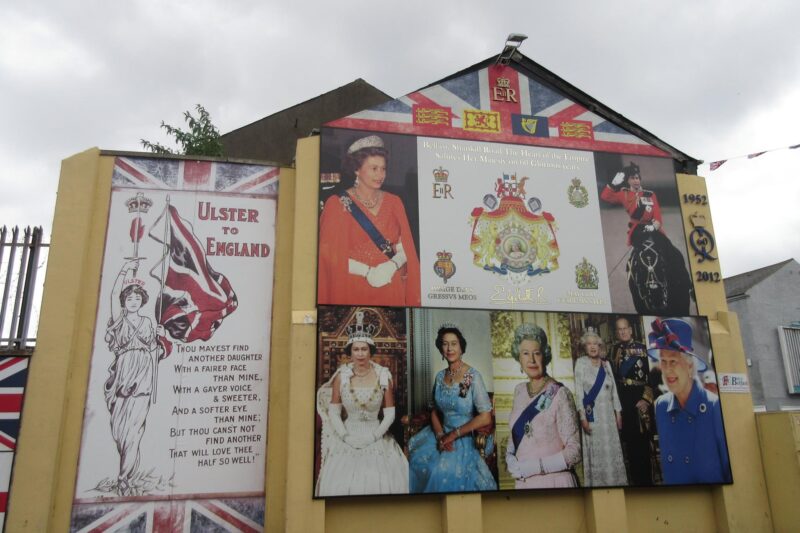 ,, Belfast is the second most populous city on the island of Ireland and the main city of Northern Ireland. A very vibrant place, full of life, as well as world-class pubs, of course. Of these, the downtown Crown Liquor Saloon (1880) is a real gem for fans of architecture, whiskey, and pubs. It has been referred to as the ‘Victorian Gin Palace’ for a long time. What makes it worth a visit, even today, and even if you don’t care for the taste of the local whiskey, are the remaining details of the original building: the carved wooden ceilings, old-fashioned gas lamps, stained glass windows, special mosaic tiles, and custom beer taps. At the same time, its most distinctive feature is the ten small drinking booths, each of which with a door that can be locked, where guests are still free to discuss the ways of the world in private. Each box has a separate letter and the former system whereby patrons would signal to the bar staff has been preserved, although it no longer works today.” (2018) 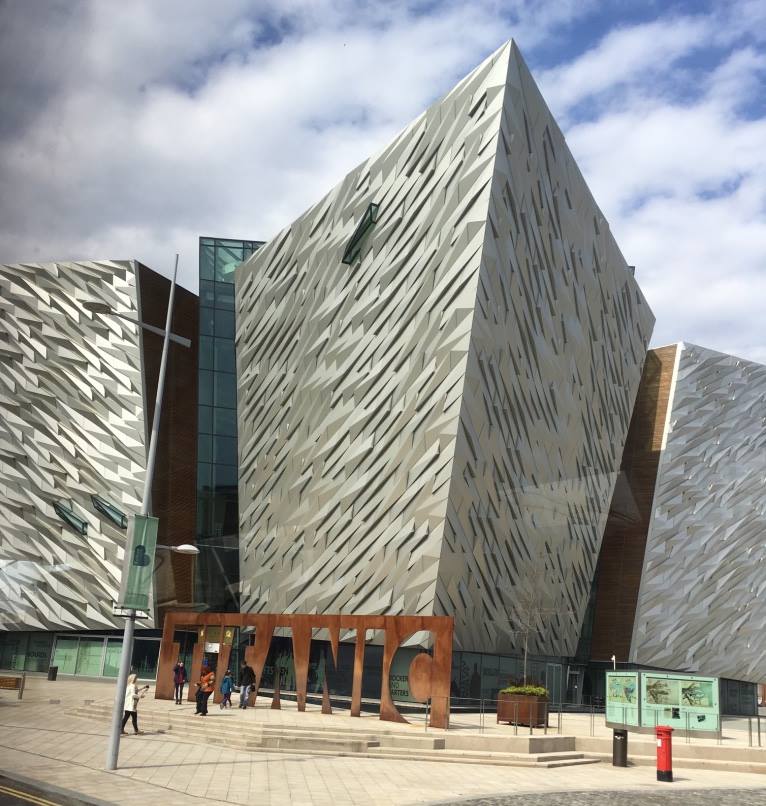 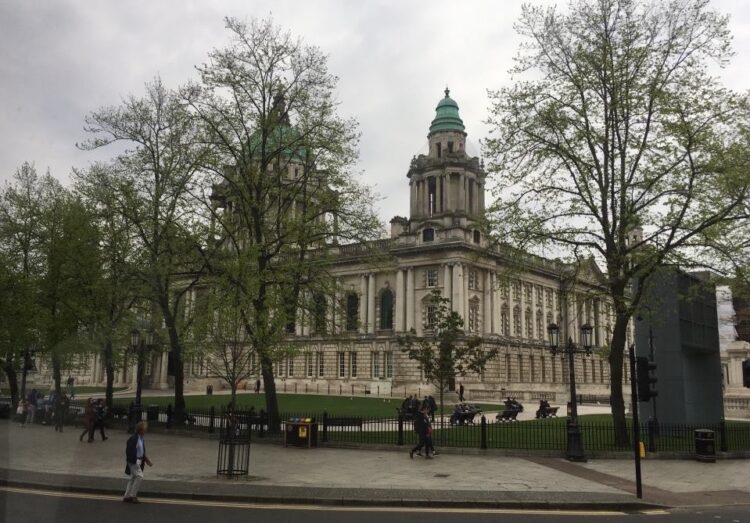 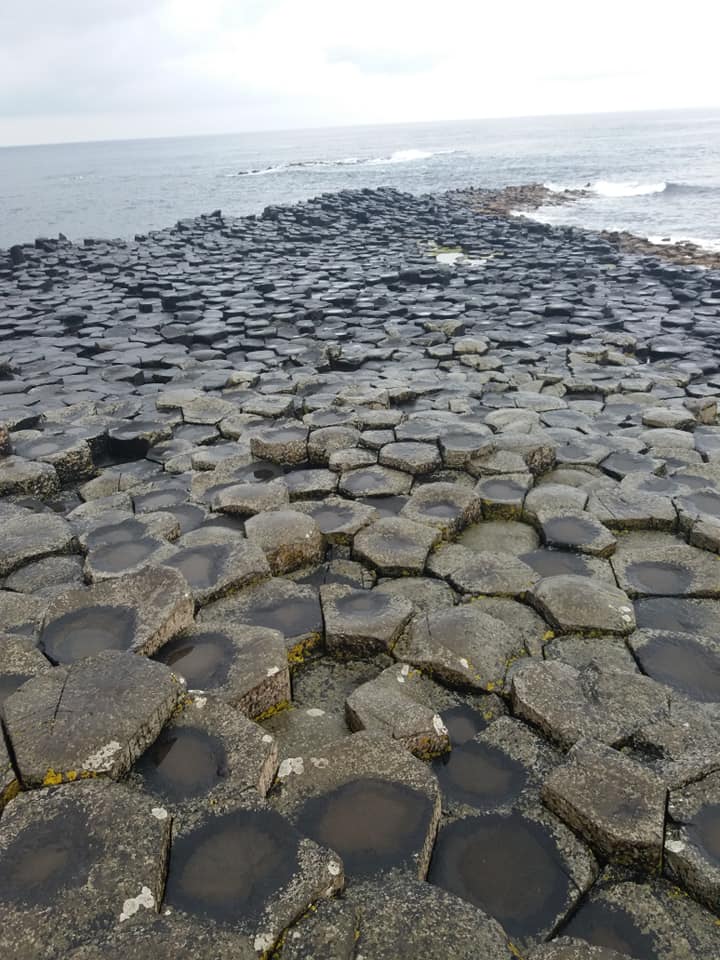 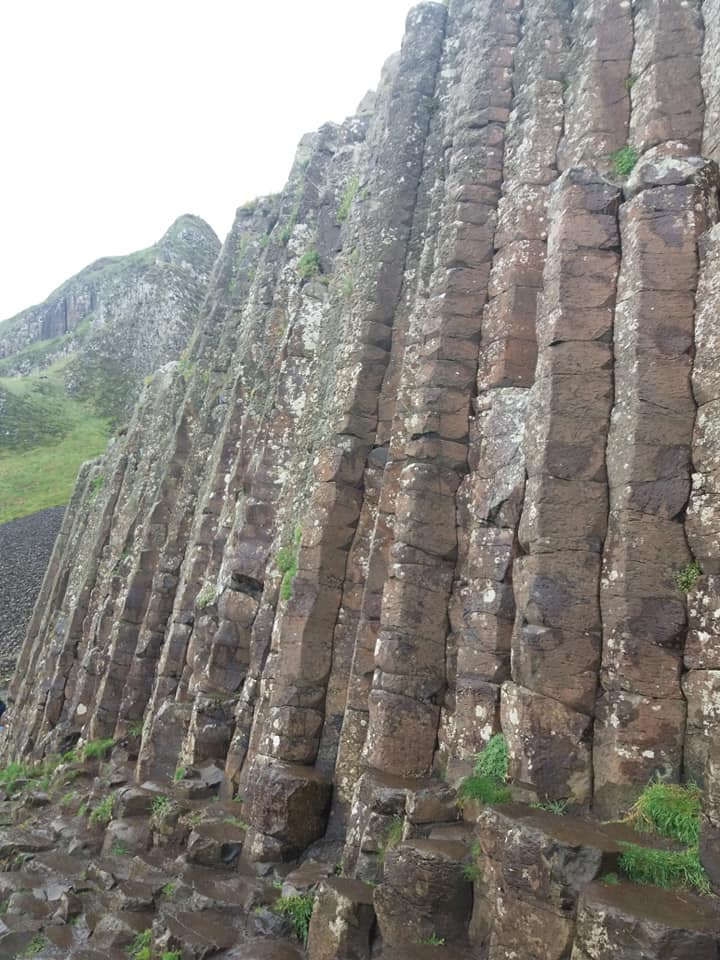 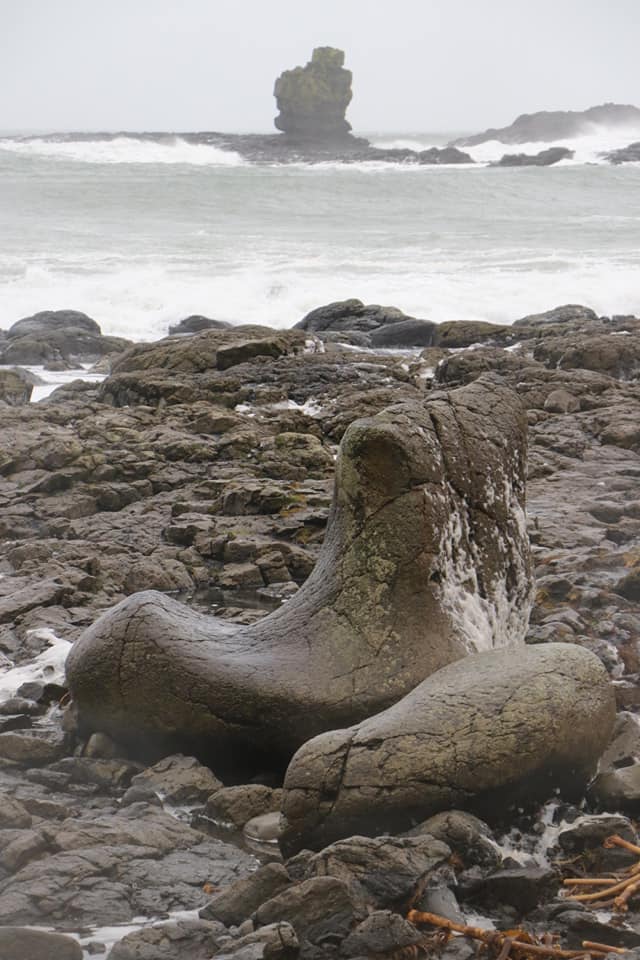 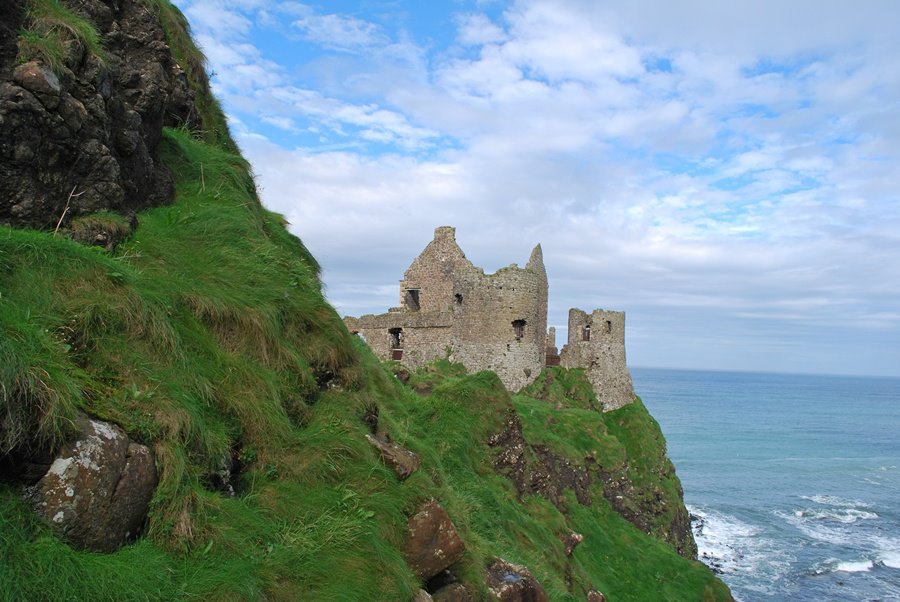 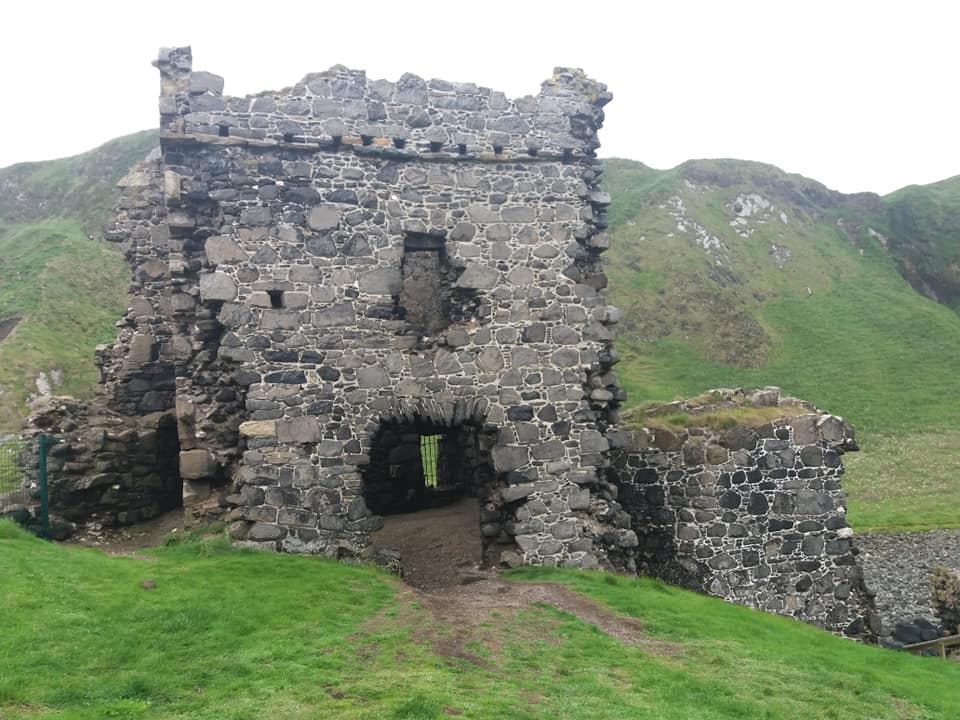 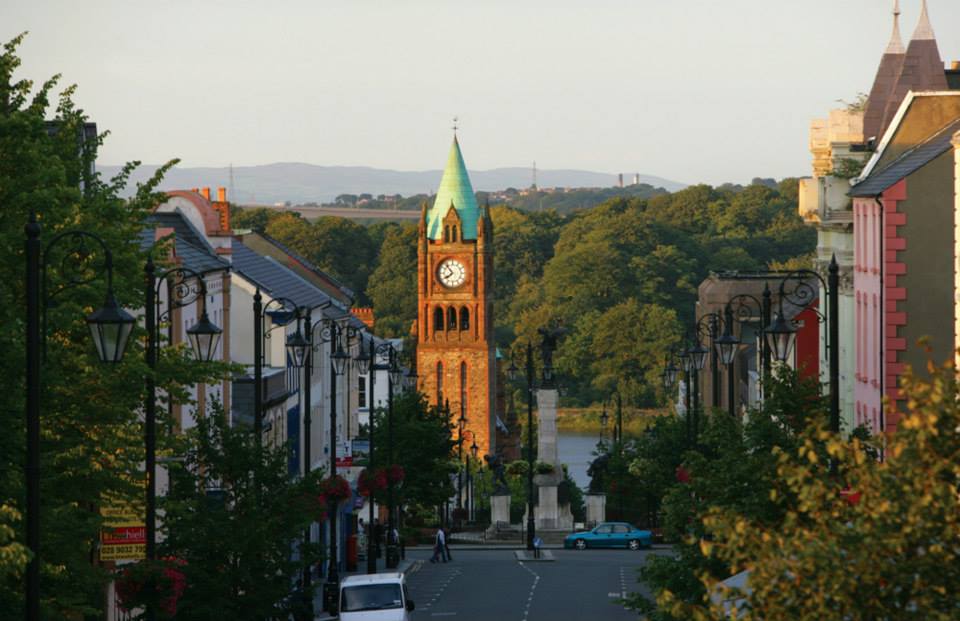