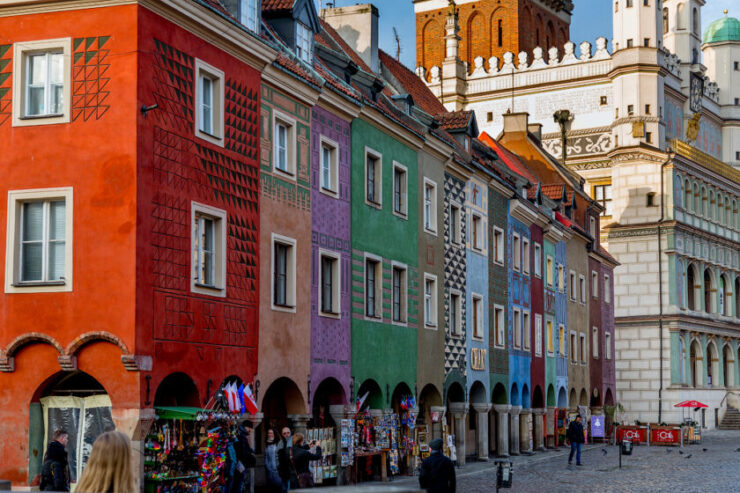 2. Compared to many other Polish cities, its inhabitants are more open-minded, easy-going, and tolerant (well, sure, this is a town in the western part of the country)

3. A local specialty: a croissant called rogale swiętomarcińskie (St. Martin croissant) - I liked the most, the one filled with poppy-seed

5. Śródka (trendy) and Jeżyce neighborhoods are interesting, being off the beaten track in tourism

7. some Art Nouveau houses at Dąbrowskiego and Roosevelt streets, even if not well-restored yet

8. good opportunity to learn a lot about Polish history, as Poznan is a significant city in this respect.

1. In our view, Wroclaw is a somewhat more exciting, dynamic city

2. tap water has a bad smack

4. driving style of the locals is a bit agressive 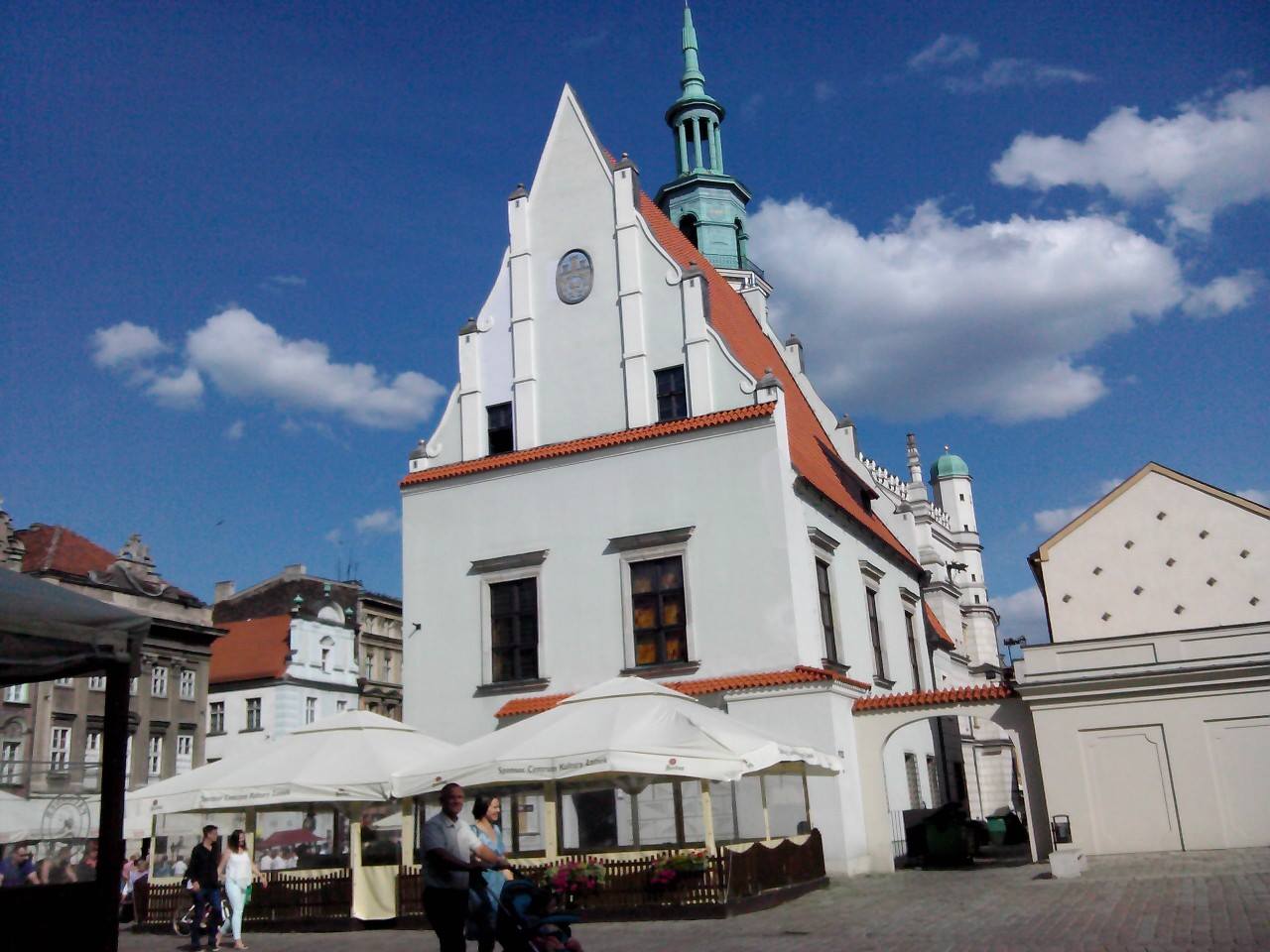 With a population of a little over half a million, Poznań could maybe even be called a big city. What sights and attractions are there Not many, i.e. this isn’t a real tourist destination. In the main square, you will find the famous buildings, and in the streets that lead away from it, there are plenty of entertainment venues, restaurants, bars, and pubs.

The city is very much alive, not only during the day but also at night, every day of the week. That's what I really liked. There are no 24-hour shops, but there is a shop called ‘Zabka’ where you can buy anything until 11 pm. We were also in an adventure pool, a zoo, historic parks, cemeteries, and, next to the larger bus stops, you can rent a bike for pennies at any time if you want to get around the city.” (2018)

"From the station, a very long and very busy road, the Swiety Marcin, leads to the old town – this is actually one of the main arteries of the city. Walking down this road, I felt as though I was in a real big city, and in fact that’s true – the city has half a million inhabitants, so it comes just after Wrocław as the fifth largest Polish city. While we’re on the subject, and just for the sake of completeness, the top three are Warsaw, Łódź and Krakow, followed by Wrocław, Poznań and then Gdańsk.

So there are a lot of old buildings, high-rise apartment buildings, cars, buses, trams, pedestrians – a real metropolitan hustle and bustle. I photographed the sights – the university, the academy of music, Monument 56, the Palace of Culture, the opera house, and the imperial castle. Poznań, like Wrocław and Gdańsk, was a German city for centuries. As such, the main square of the city did not disappoint, with colorful, arcaded houses here as in so many other cities in Poland, and a monumental town hall. I will not say that Poland has the most beautiful town halls, but it must be admitted that they are beautiful and dignified.” (2017)

“Words fail one when one enters the main square, which is at least twice the size of the famous main square in Brussels. And though I’m not saying it’s more beautiful – that’s a matter of taste – the houses around it and the buildings in the middle of the square are definitely more varied and exciting. The old town hall is decorated with portraits of important figures from Polish history, and several houses are painted in intriguing geometric patterns.

On the other side of the magnificent Renaissance square, there are two cube-shaped buildings that don’t look the part at all. The Arsenał Gallery was once the site of a 17th-century gunpowder depot, and the Wielkopolska Military Museum was built on the site of a 14th-century hall after the Second World War. Many don’t like these ugly cubes in the city, but since they are also part of the city’s history, they live with them.

The 19th-century brewery building has not been demolished either, although it is located in a valuable area close to the city center. As part of a gigantic project, the red brick building of Stary Browar was transformed partly into a shopping center and partly into an art center. Even old iron tools found in the factory were used as part of a steampunk installation.” (2017)

Public transport in Poznan's city center is excellent and dominated by trams. In peak hours (7–10 am and 2–6 pm), trams run in about every 10 minutes, in other time ranges about every 15 or 20 minutes.

Trams divide into 2 classes, there are the ordinary trams, that travels on roads, etc, and there's PST (Poznań fast tram) which has it's own path and is more punctual. In Poznań, you can see old trams from the ’80s and ’90s in not so good condition, but the majority is quite new from the 2000s.

Students get a 50% reduction. Persons under 7 yrs. and over 70 yrs. of age travel for free.

These are the taxi apps existing in Poznan: Uber, BOLT, FREE NOW 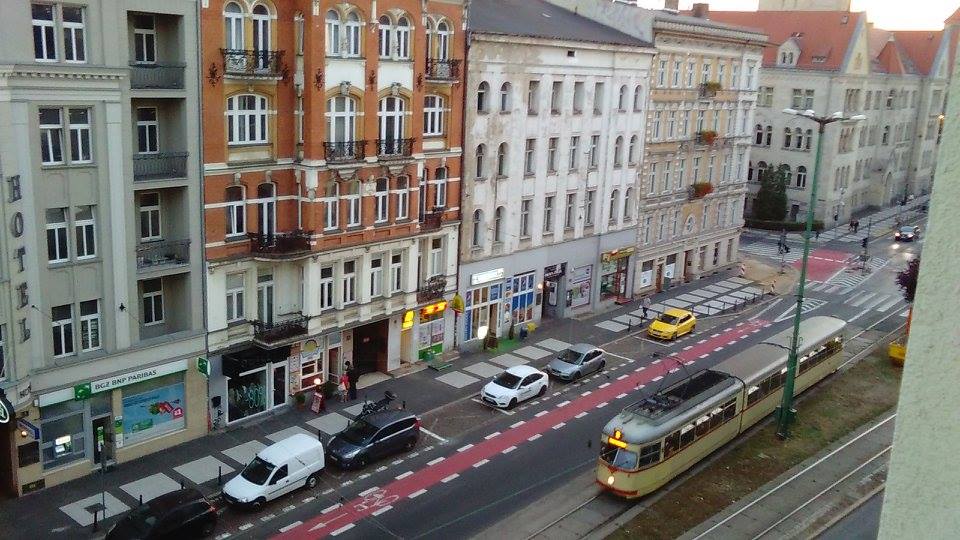 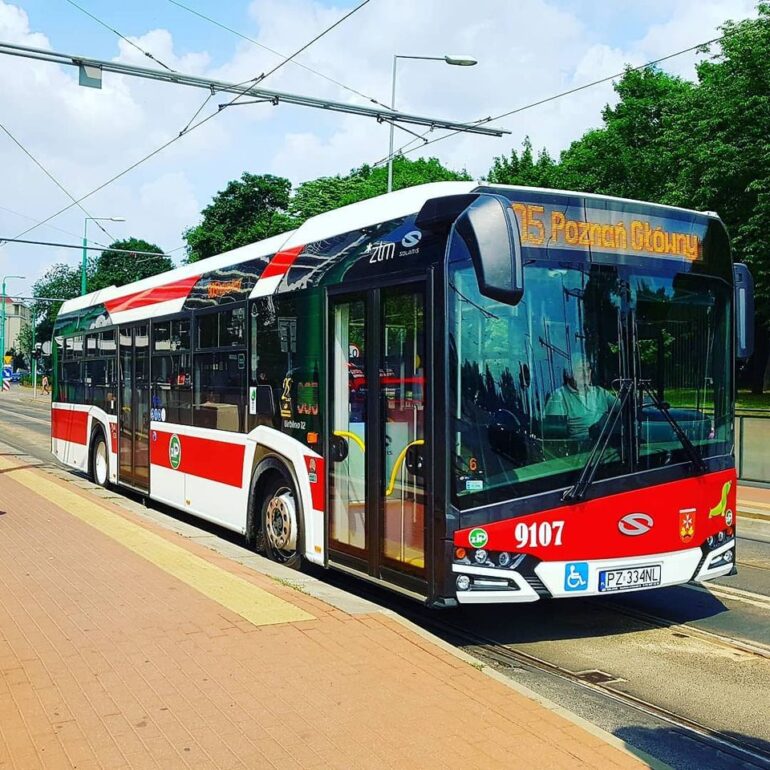 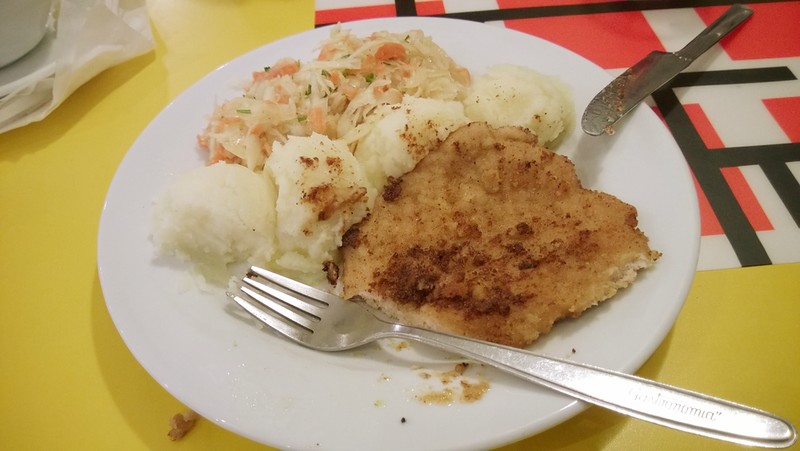 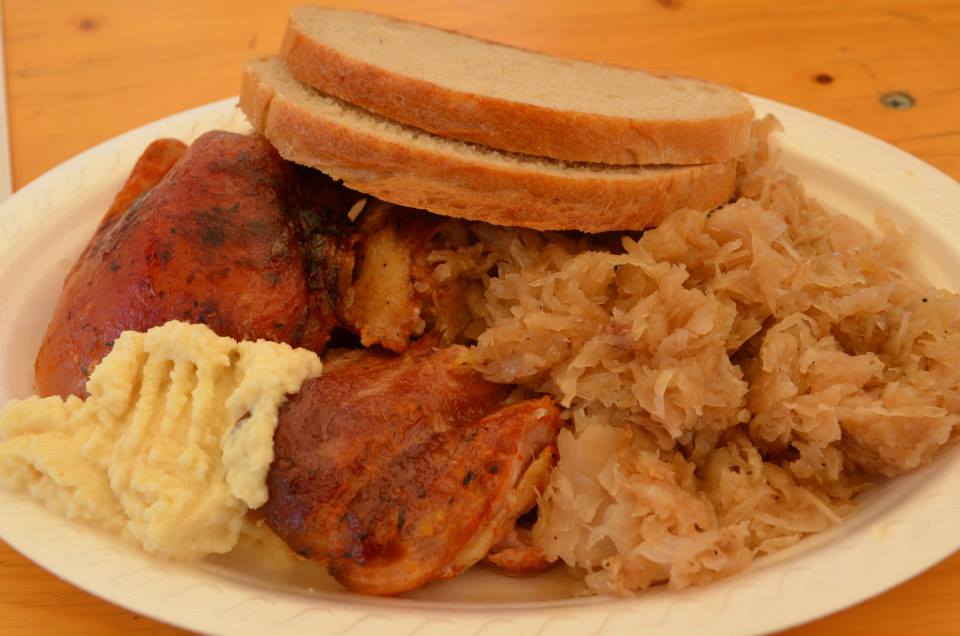 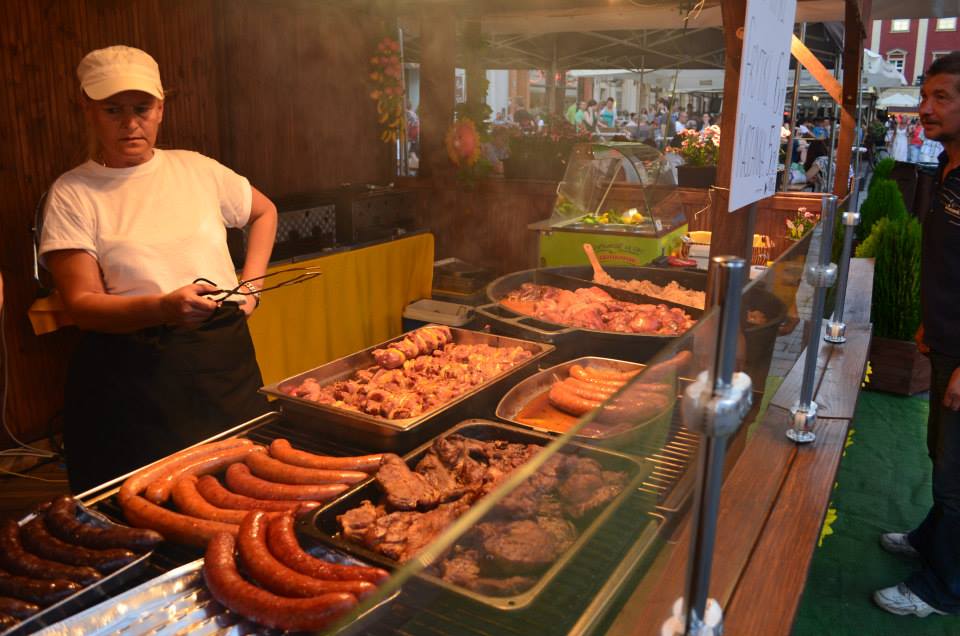 “The food court at Stary Browar deserves special attention. The top floor is an open space in summer, with cafes and restaurants surrounding art installations and exhibitions, and there are regular parties. Then, as the cold weather sets in, they transform the upper level into a conservatory, and within this smaller area guests can still enjoy the ‘outdoor’ atmosphere.

We also found a super cafe. We found several, actually, Taczaka 20 is not only special for its coffee. Our companion from Poznań told us that a community experiment brought the place to life: the owners negotiate everything with the residents of the house, decide together the opening hours, the programs, and also how much space the parking lot terrace will take up. We didn’t learn what the residents of the building get in return, but it was certain that everyone would do better than if the residents and the café owners were constantly at war with one another.

Poznan is a safe city for tourists. Violent crime is almost non-existent.

On football match days, you better avoid groups of Lech Poznań fans as they are often inclined to rampage and vandalism.

After dark, avoid the back alleys. No risk of mugging, but these are dark, narrow places, and you may come across some wacky guys.

Poznan is in the central part of Western Poland, 310 km (road distance) west of Warsaw. Poznan is closer (272 km) to Berlin than to Warsaw.

In one and a half days you can easily visit the most important tourist attractions. Distances are minimal.

Poznan is a peculiar mix of Polish, German (Prussian), and Soviet architecture due to the historical changes.

Old Market Square is an eminent example of pre-Prussian architecture.

At the end of the 18th century, Poznan came under Prussia's rule, and you can see the Prussian heritage in the architecture of the city center.

The Greater Poland Uprising (1918–1919) brought Poznań back to the newly reborn Poland.

Poznań, renowned before 1939 for its orderliness, economically-minded approach, and affluence, suffered severe devastation during the WW2. In early 1945, the month-long final battle for the city by the Soviet Army against fierce German defense turned much of its center into ruins.

In 1956, Poznan was the historic place of the first anti-communist uprising in post-war Poland.

Some locals say that the city would need more infrastructure improvements than newer shopping malls. 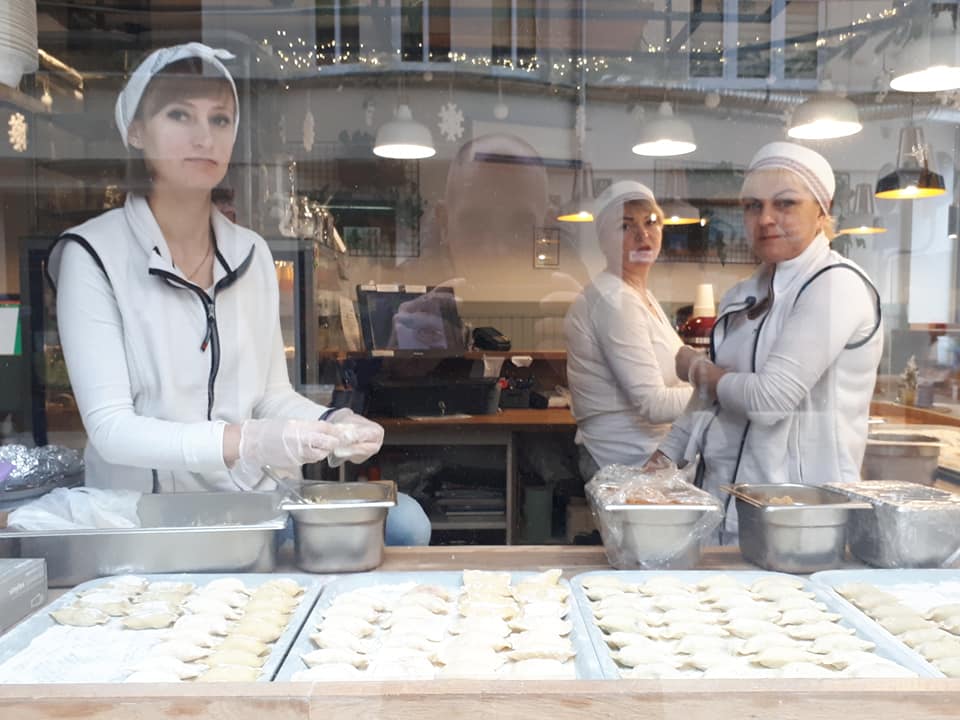 1. Drinking alcoholic beverages in public is not allowed in Poznan. Offenders may get a fine, but that seldom happens. You will see people standing in front of pubs and drinking beer, clearly not expecting to attract the police's attention. 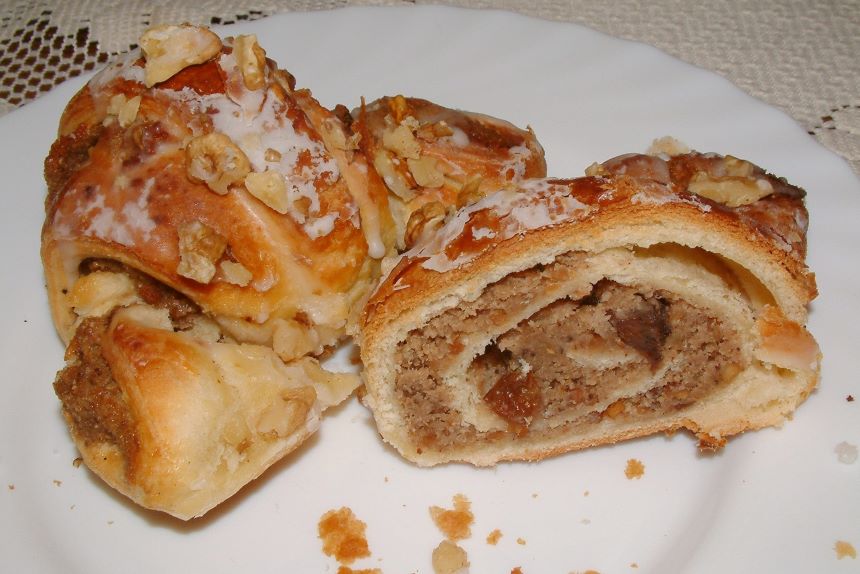 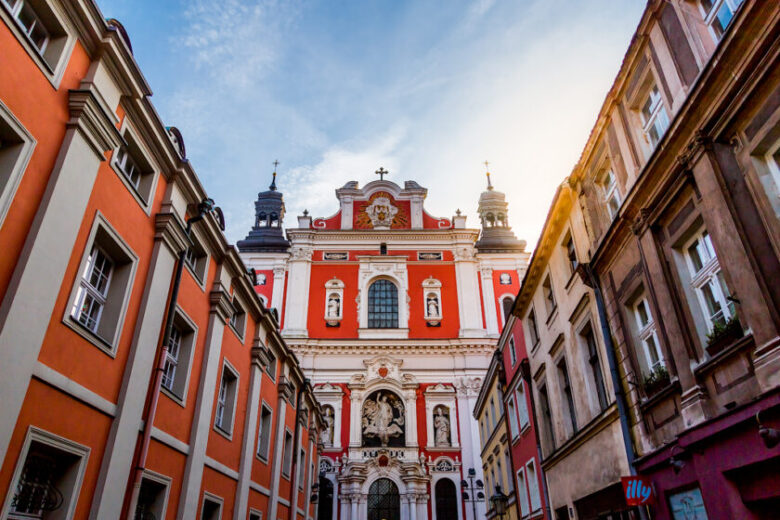 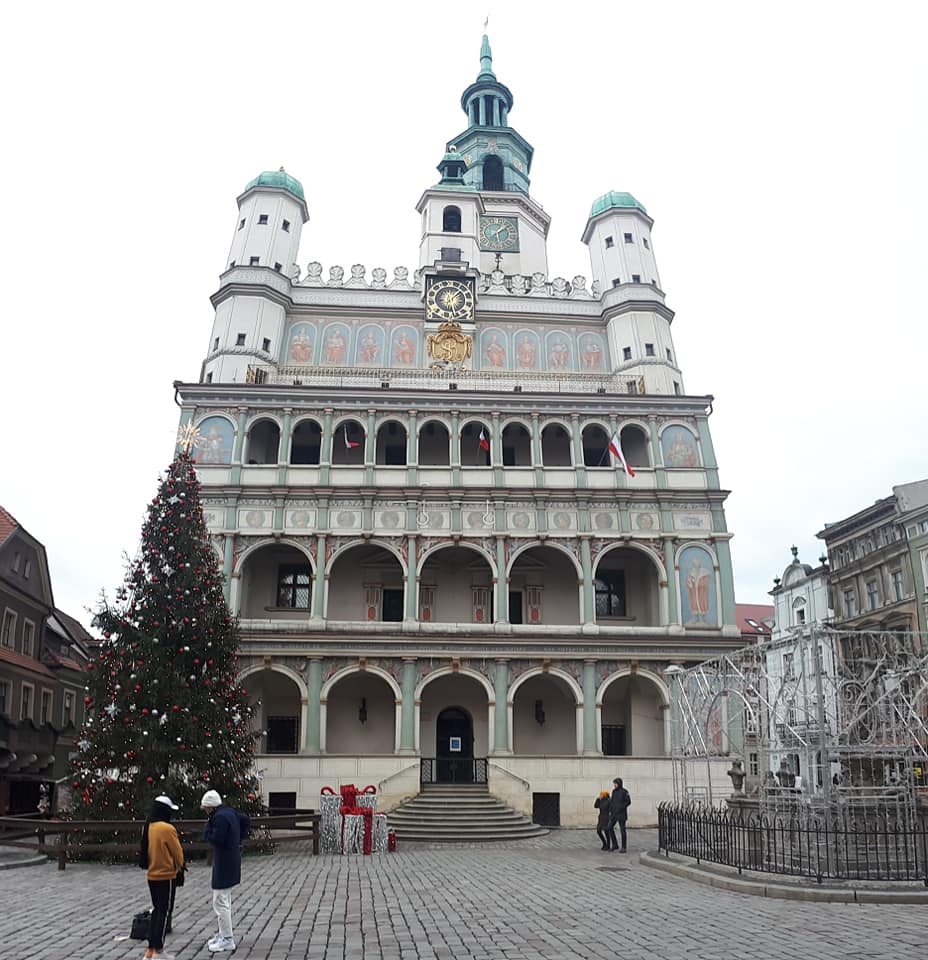