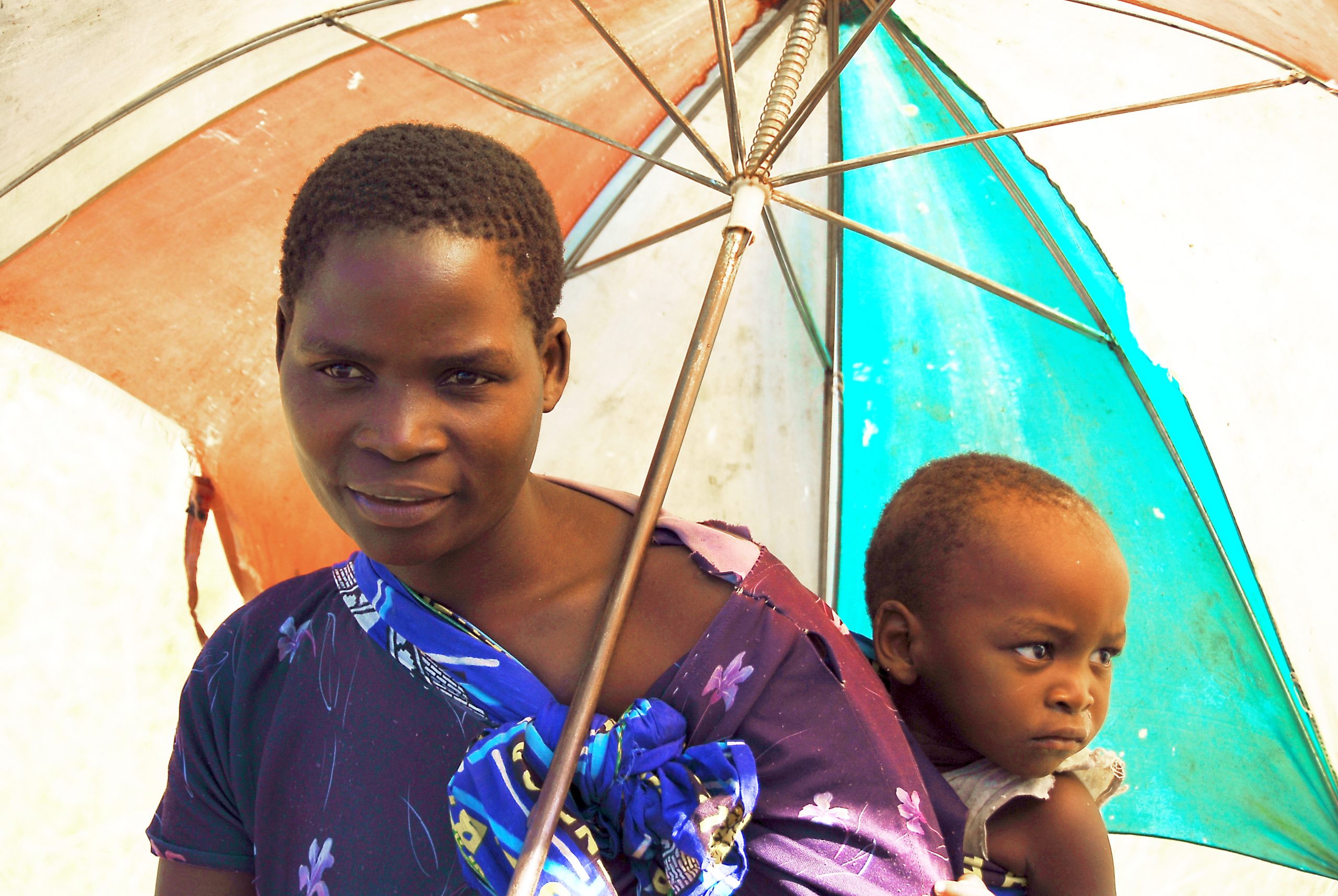 3.    I was impressed by the way locals protect their traditions and folklore

4.    The beauty of the southern coast of Lake Malawi

5.    Watching hippos and elephants in the Liwonde National Park – the wonderful comfort of the Mvuu Lodge

6.    The Zomba Massive with its unbelievable panoramic views

7.    The junk market and the tobacco auction in Lilongwe

9.     Seeing one-of-a-kind animal and plant species on the slopes of the Mulanje mountain

1.    When someone approached us to have a chat, we sooner or later realized they wanted money

3.    Public roads are bad (except in the capital) – plus driving is on the left

4.    We were told not to walk in the streets of big cities after dark – therefore we mostly had to stay in the hotel or in a restaurant

5.    Unlike in many villages, dirt, lots of trash outside the modern part of Lilongwe

6.    Sitting too close to the other passengers on the shared taxis and wondering whether they find me as smelly as I find them

7.  A lot of car wrecks on the side of the streets

“What draws tourists to Malawi is the untouched nature and the diversity of the country’s landscapes. The richness of the plant and animal life is unbelievable. The locals are hospitable and warm-hearted. It’s worth learning a little bit about their cultural heritage, and their traditional world, which is so different from our own. I’d say the public roads in Malawi are in an average state. We didn’t always feel 100% safe in the cities, but in the end we didn’t run into any trouble.” (K. J. 2015)

“I spent a little over two months in Malawi, and really loved it. It’s a cheerful, fun little country, and difficult to take seriously. The people are so friendly and good-natured that it’s hard to stay mad at them for long. Opposite our house was a little grocery store, but I didn’t like it much because it was unpredictable and expensive. One Sunday morning, however, in a hurry to get somewhere, we were standing in the rain at the bus stop, waiting for a bus that didn’t want to come. Suddenly a spotless Toyota Land Cruiser pulled up in front of us, and a totally unfamiliar face looked out at us. He gestured for us to get in, then introduced himself. It turned out he was the owner of the shop opposite, and seeing us standing at the bus stop, he hadn’t wanted us to get soaked, so offered to take us into town. As he said, it’s the least you can do for your customers. And this is completely typical Malawian behavior – embarrassingly helpful in almost every situation. If you can’t find something, they’ll run and show you the way, and if your car gets stuck in the mud they’ll push you out. Any kind of problem you have, people are eager to help solve it.

And they love white people. Even in Blantyre, they’re proud of their town and childishly happy to show it to a white visitor. In the countryside, where white people are a rare sight, kids will rush over en masse to grab your clothes – they’re really excited to see a real-life white person. In cities, by contrast, there are a surprising number of white people (working) and in our experience, they are almost exclusively aid agency workers or advisors.

Malawi has a large Muslim and Indian community, and in the cities, most shops and restaurants belong to them. The staff, on the other hand, are indigenous African, which creates an interesting duality: as in Namibia, many of the people working in a shop or restaurant don’t understand the first thing about the business. They are unbelievably slow and annoyingly unprepared – often they don’t even know what’s on their own menu. Often you end up ordering something they don’t have, and they can be completely out of the most basic items (salt, say, or ketchup). If you complain, they can’t understand why you don’t just go over to the grocery store and buy some yourself. Because they never buy anything, they’d prefer to simply serve food without salt for a day. It’s also hard to understand why dishes are listed in chalk on the board, despite the fact that they haven’t actually had it for months. When you ask them if they’d consider erasing it they just laugh and shrug, but they never erase it.” (2016) 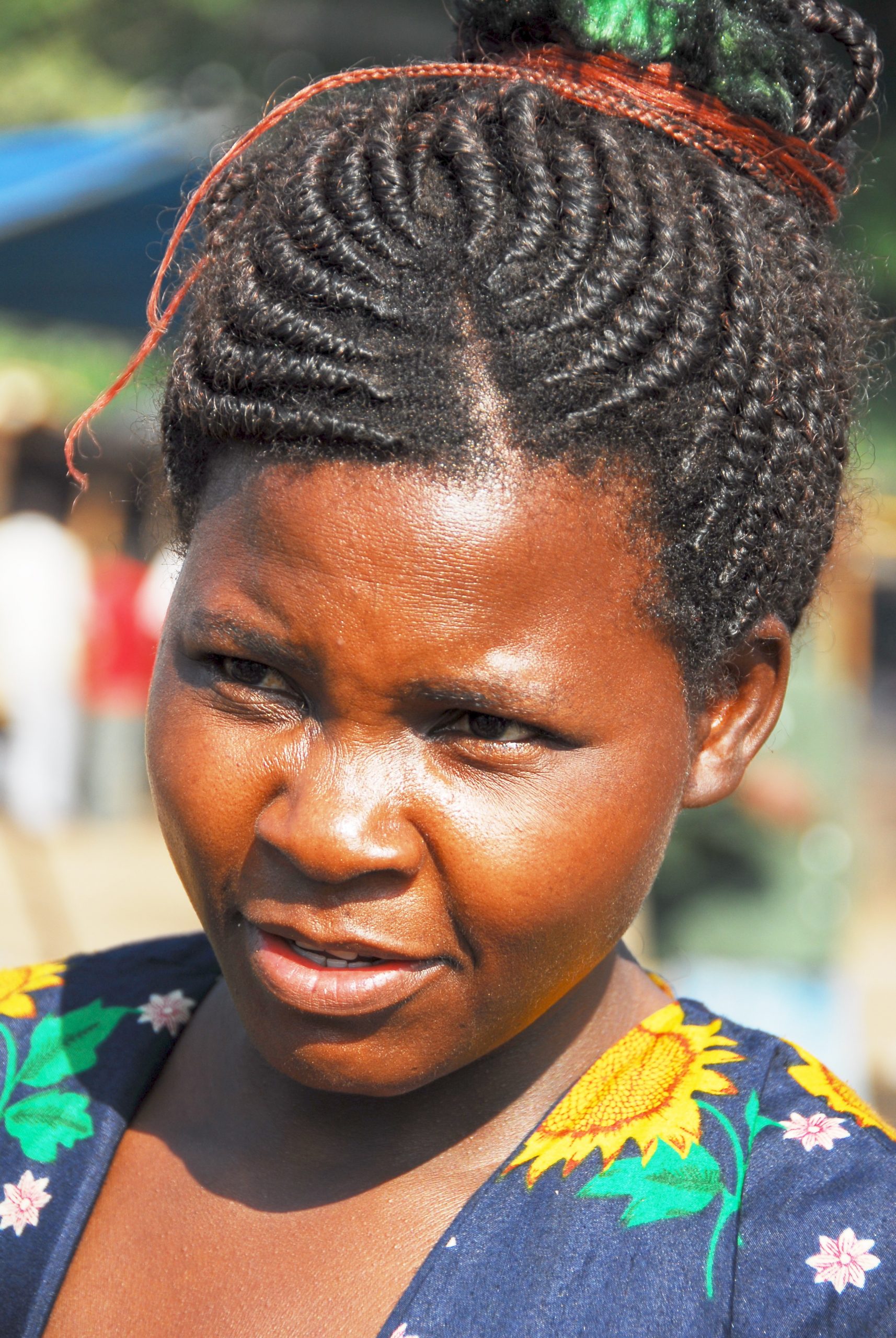 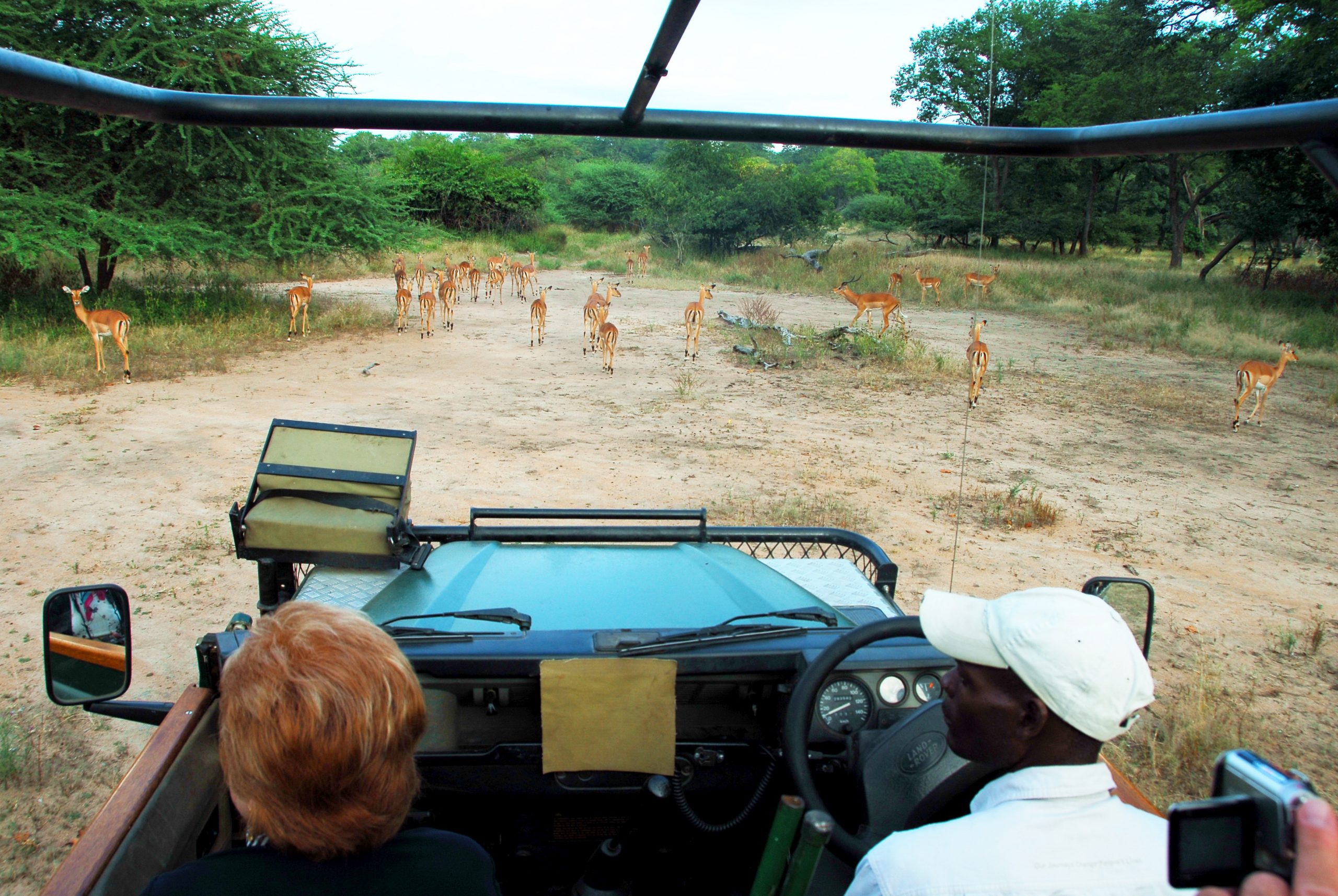 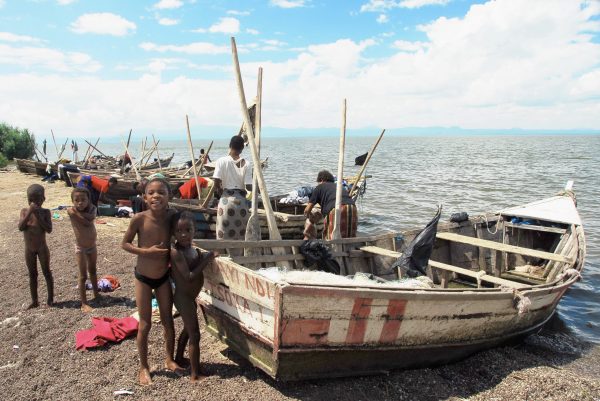 In daytime driving is O.K., the main roads are properly asphalted, and - by the way - the roadside is surprisingly well-maintained, but the roads in the populated areas of the countryside are in worse conditions.

“The cuisine isn’t so varied. They mostly eat maize-based dishes, to which they sometimes add fish, means, or some kind of salad. Meat is eaten only rarely, and generally at special festivals. This unvaried diet means it is difficult for them to get all the necessary vitamins and minerals, and many children are both with some kind of physical or mental developmental disorder.” 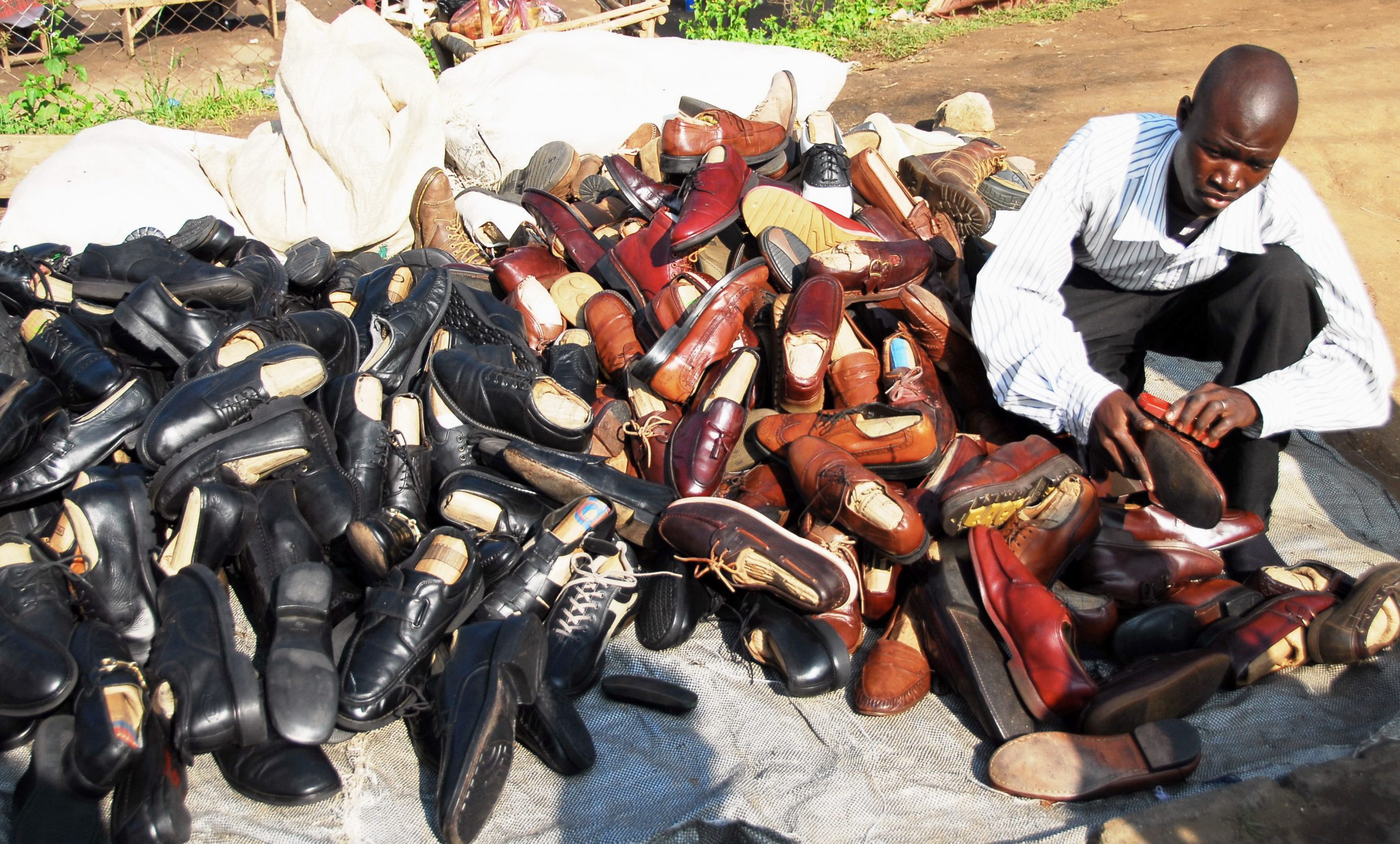 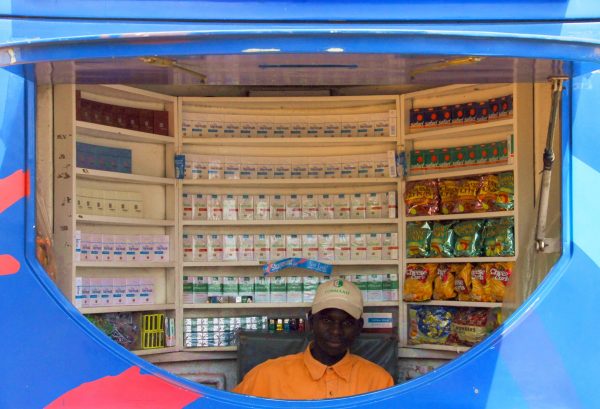 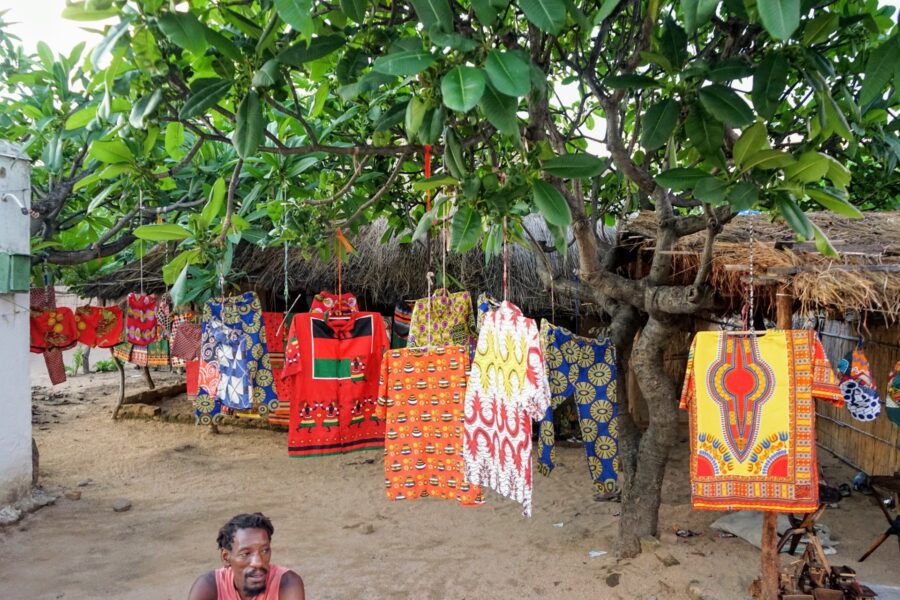 Most visitors have a hassle-free stay in Malawi; however, thefts and street robberies are not rare, especially around Lilongwe and Blantyre's bus stations. You better leave your passport in a safe place (safe in the accommodation) and keep a photocopy with you.

If driving a rental car, keep the windows closed, and the doors locked from the inside. Car robberies are common, especially 4x4 cars are targeted. Some roadblocks may not set up by the authorities. Do not pick up hitchhikers.

Possession and trafficking of drugs are severely punished. 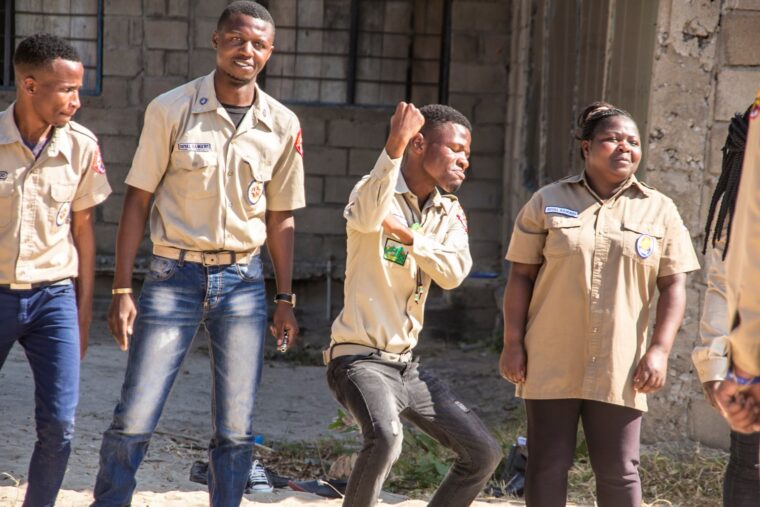 There is a risk of malaria throughout the year; rabies is common. Sometimes cholera epidemics are spreading, especially during the rainy season (December to March).

Bilharzia is present in many living waters, lakes, and rivers. In Kasungu National Park, the sleeping-sickness spread by tsetse flies is a risk factor. Gastrointestinal disorders are also common. Drink only bottled or boiled water and avoid ice cubes in drinks.

About 9.2% of the adult population is infected with HIV / AIDS. 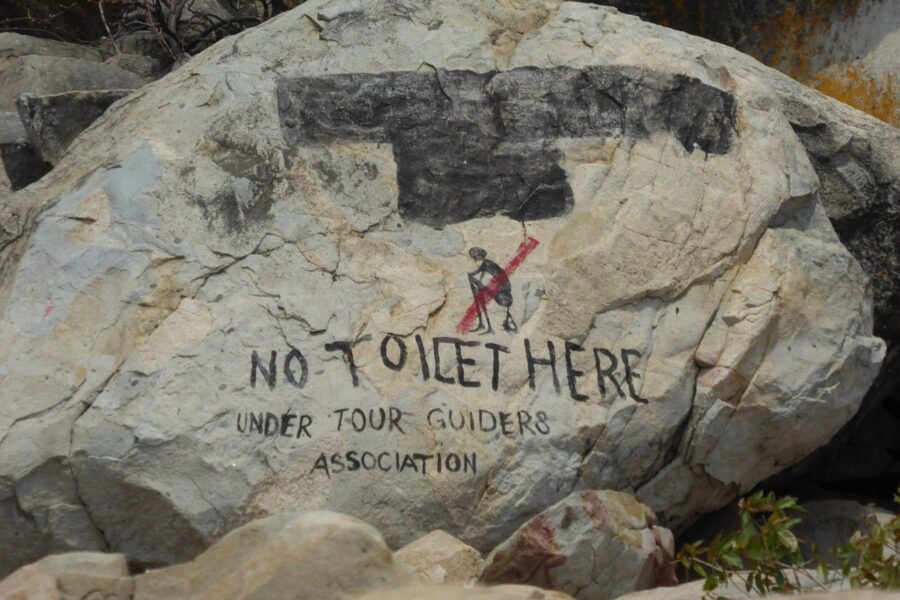 1. Homosexuality is illegal in Malawi.

Malawi used to be a British protectorate (called Nyasaland) and gained independence in 1964.

Capital city: Lilongwe – Visiting its central craft market is an enjoyable tourist program, as the sellers are not pushy – Apart from the bustle of the market, the city is pretty calm.

Malawi is nicknamed “The Warm Heart of Africa” thanks to its friendly, welcoming people.

Malawian men mostly prefer wearing trousers to shorts, as these are regarded as clothing for schoolchildren only.

Languages: English is the official language, while indigenous Chichewa is a so-called national language - English is the language of administration and business life – There are several TV channels and radio stations broadcasting in Chichewa

Political and economic situation: Malawi is a presidential republic

Luckily, Malawi has been spared the political and security turmoil that has plagued many African countries. There has not been a single civil war in the country since independence. The worst, politically, was a prolonged period of one-party rule from 1970 until the 1990s. There is currently a rather stable multi-party system in place, and presidential elections are the most important events in the country’s political life.

Malawi is the sixth poorest country in the world.

Malawi is a dominantly agricultural country. Its biggest export is tobacco. The famous Twinnings tea is made from tealeaves harvested in Malawi.

More than 35% of Malawians depend on Lake Malawi for their livelihoods and food, yet its resources - the lake's fish - are threatened by overfishing.

It is not unusual in Malawi to see a 12-seater bus (called matatu or matola) transporting 25 people, plus goats, chicken, and huge baskets of vegetables. A usual weekday scene: a man dressed in an immaculate suit on his way to work sits on the somewhat chaotic platform of an overused, pick-up truck-like share taxi. Travelers can also see plenty of people stoically walking along the side of the road as they cannot afford any kind of transport.

Safety: Malawi is not a risky tourist destination – it is actually one of the safest African countries. However, theft and muggings can sometimes happen, especially around bus terminals in bigger cities. Safari tours are totally safe.

Worthy of note for visitors: HIV/AIDS infection is a huge problem in Malawi.

When to visit? April-November and October-November for safaris 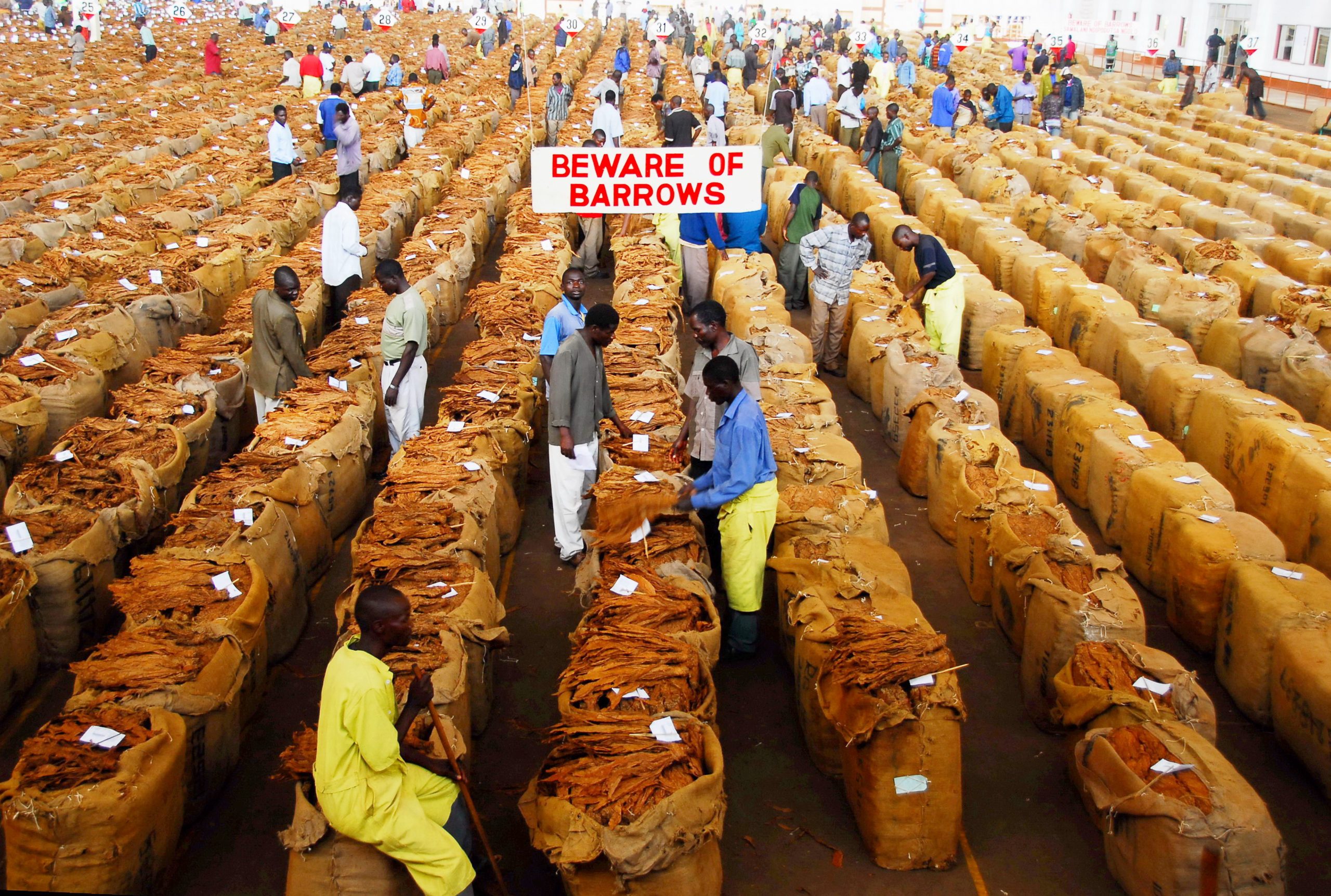 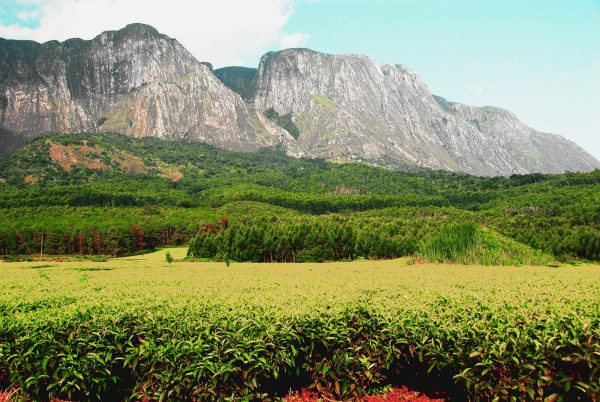 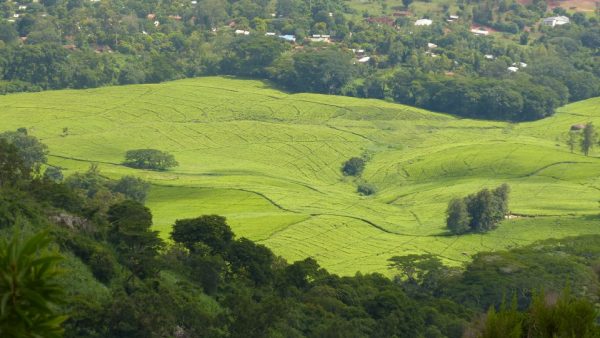 “In the pre-colonial era, between 1480 and 1600, the territory of modern Malawi was occupied by the Maravian Empire. The first Europeans whom the native Malawians encountered were the Portuguese. They traded ivory, iron, and slaves with them. The Portuguese, in turn, introduced the locals to maize, which went on to become the local staple. Malawi became a British protectorate (essentially a colony) from 1891, and until 1953 it was known as Nyasaland. In 1953 the protectorate formed a federation with Northern and Southern Rhodesia (the latter being present Zimbabwe) until 1963.

Malawi became independent in 1964. For three decades after independence, the country was subjected to one-party rule under a dictator named Hastings Kamuzu Banda. The first multi-party elections were held in 1994. In 2006, Malawi entered the world press when Madonna visited the country and selected a little boy, David Banda Mwale, for adoption in an orphanage. A minor scandal was caused by the fact that in Malawi, under local law, Madonna, as a prospective parent, should have lived locally for one year until the adoption was finalized. Madonna didn't have time for that. Anyway, her two adopted children are born in Malawi. 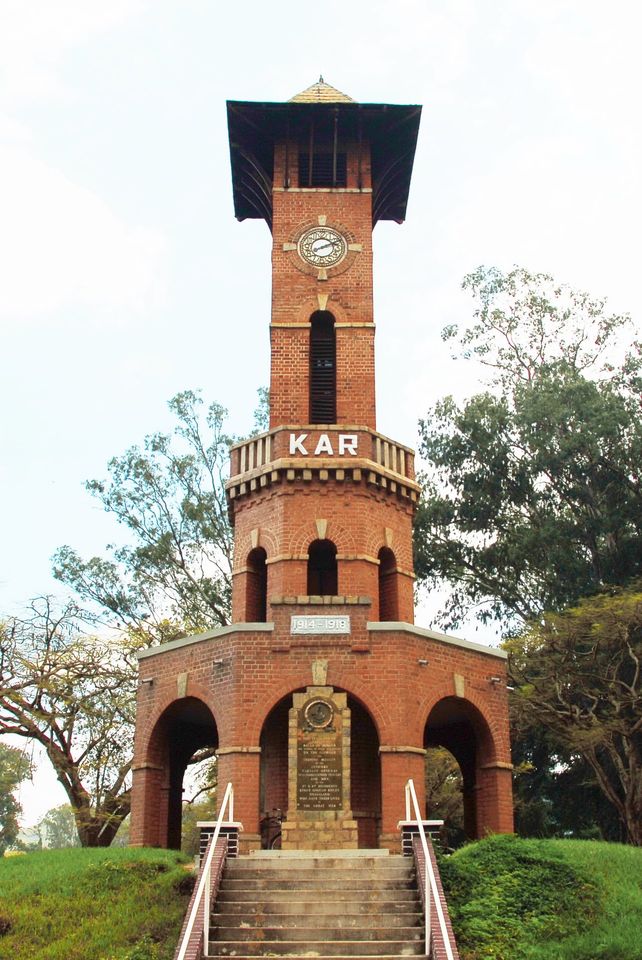 China is investing a lot in constructions. Malawi was quasi rewarded for breaking up with Taiwan. 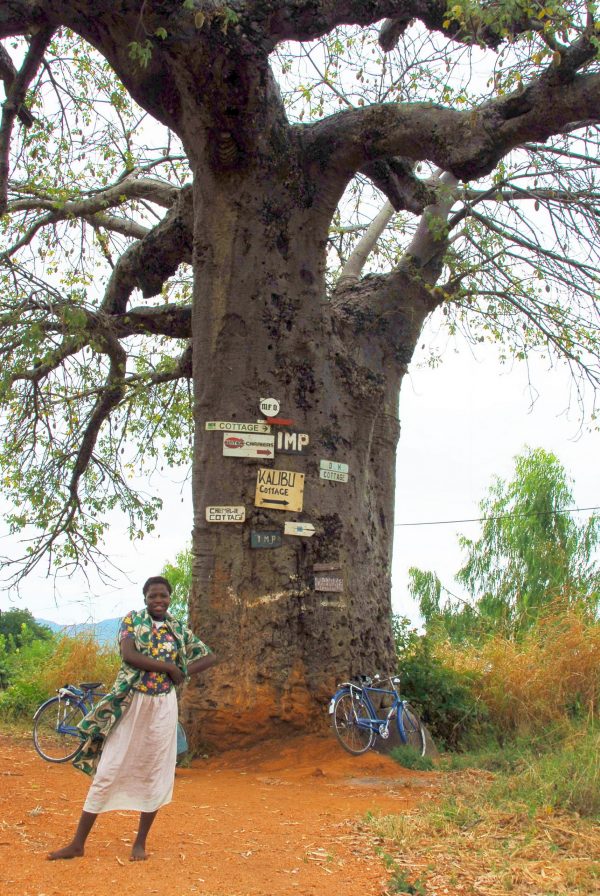 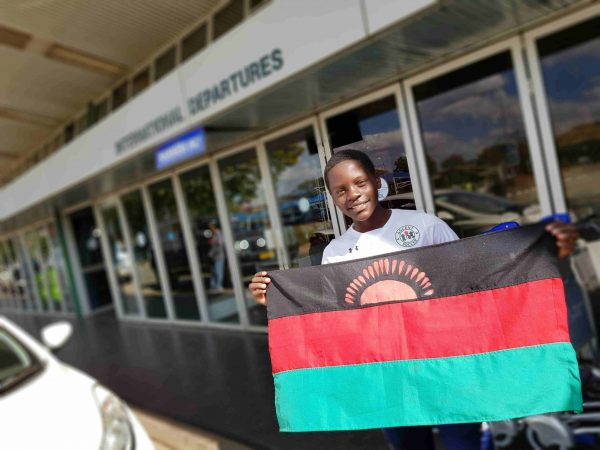 Since almost half of the capital city's population is illiterate, facades of the shops and malls indicate their products in pictures beside the written signs. 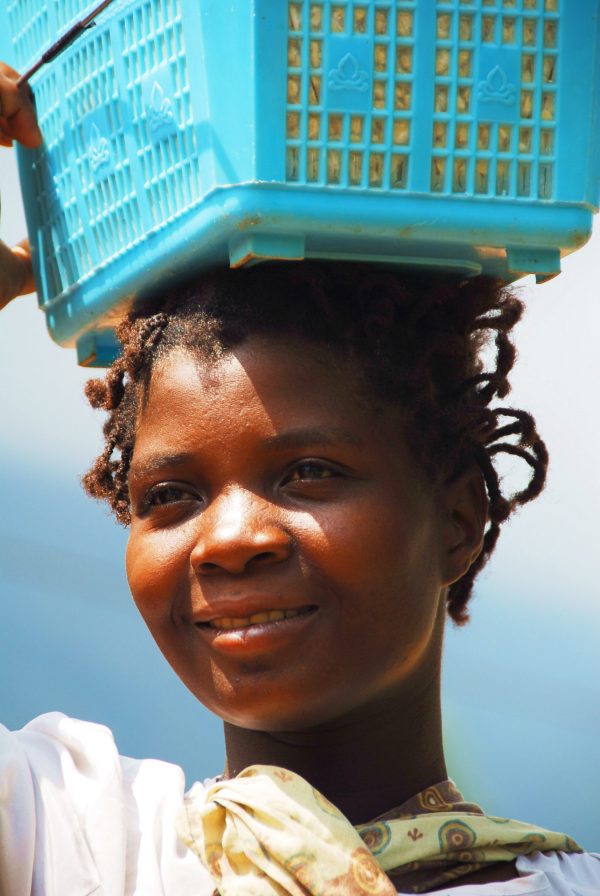 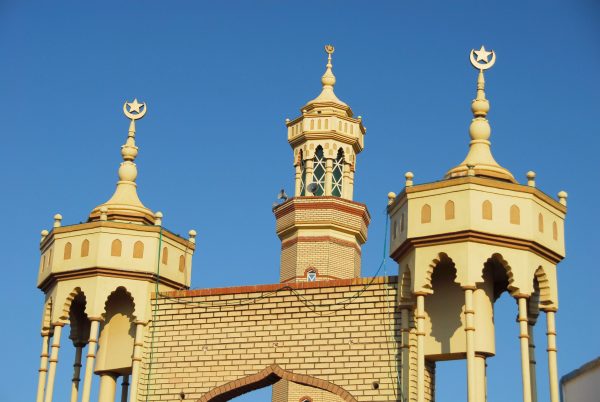