1. Getting from the airport to the city center by train in barely 15-20 minutes

2. Most of the famous sights are within walking distance of each other

3. Locals are welcoming and most of them speak very good English

4. The alleys along the Damrak, where you can avoid the tourist crowds

5. I couldn’t get enough of admiring the traditional houses along the channels

6. The bohemian atmosphere of Rembrandt Square

7. The bars, restaurants and relaxed vibe of the Leidseplein

9. The surreal location of the Gothic Old Church (Oude Kerk) in the middle of the Red Light district – it doesn’t hurt to have a confessional box close by…

1. The prostitution and marijuana issues get way too much attention - Amsterdam is much more than that

2. Having to pay close attention to the perilous “easy rider” bikers

3. The center of Amsterdam is too small for the enormous tourist influx it attracts

4. The city’s cultural diversity makes it vibrant, but it is sad to see that the native, broad-minded intellectual milieu is losing ground

5. It often rains and there’s a lot of wind – it can be quite cold even in June

6. Dog poop all over the sidewalks

7. The sight of the prostitutes in the brothel windows, weariness and resignation written all over their faces, is really depressing

8. The metal street urinals (krul in Dutch) are practical for men, but not a pretty sight for women, and the foul smell hangs in the air from far away

10. The Anne Frank House offered me no more information that what I already knew

11. The terrible crowd in the Rijksmuseum (here below in front of Rembrandt's The Night Watch 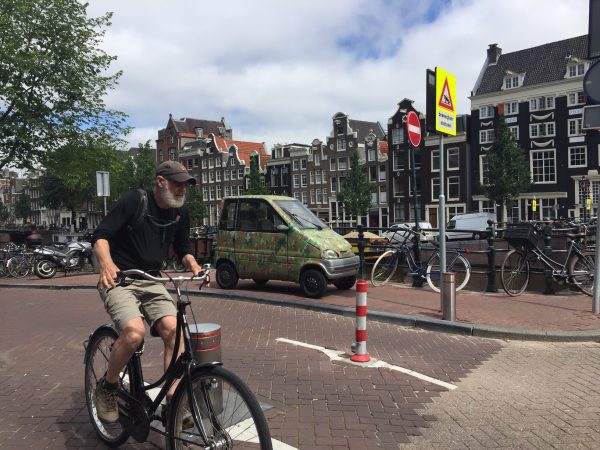 ,,Amsterdam, with its higgledy-piggledy rows of narrow houses, Is one of my favorite cities in the world. As I look at the buildings strung out along the banks of a canal like a bad set of teeth, I’m thrilled that this is even possible. There are no rectangles, no straight or parallel lines. I trained as an architect, so maybe this is why it makes me happy. Every house seems to whisper that it’s possible to escape boring conventions. Here, everything is possible. Amsterdam is a good place.

This is a place where you walk out of the train station and are immediately confronted by thousands of bikes. Back home, I’m constantly irritated by the cyclists who think they’re above all the rules, and I’d like to send them for a bit of additional training. Here it works. Pedestrians don’t walk in the bike path, cyclists respect other road users, and there’s a system for everything.

Transport is different in Amsterdam. Elsewhere in Europe, we’re used to taking the metro everywhere, because it’s the quickest and most convenient. Not here. Here you walk, cycle, take the tram or even a boat to reach your destination.

There must be a Dutch cuisine and famous Dutch dishes, but I didn’t find any. I ate Argentinian, British, American, Italian, French and Belgian dishes, but of Dutch food I only had fries with mayo. It sure was tasty, though. Actually I tell a lie, I did eat some Dutch fish too, or at least I think it was Dutch. It wasn’t bad either, and it was also served with mayo. Is mayo the national dish of Holland?
The Dutch had many overseas colonies, and so there are people from all over the world here, but it suits the city.

Along with the usual cheap, kitschy tourist junk, there are also some interesting, clever and sometimes quite ‘free thinking’ items. A lot of good t-shirts!” (m.g., 2018)

Renting a bike costs about 10 euros/day (even less). If you need it for a week or more, better buy a used bike in the Waterlooplein market - you may get one for about 60 euros, and you can sell it later at the same place. 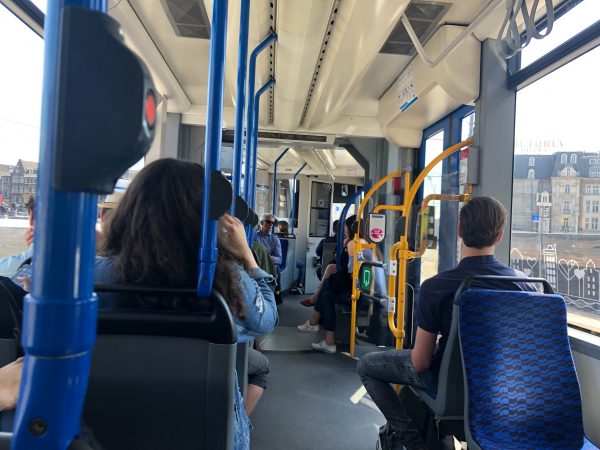 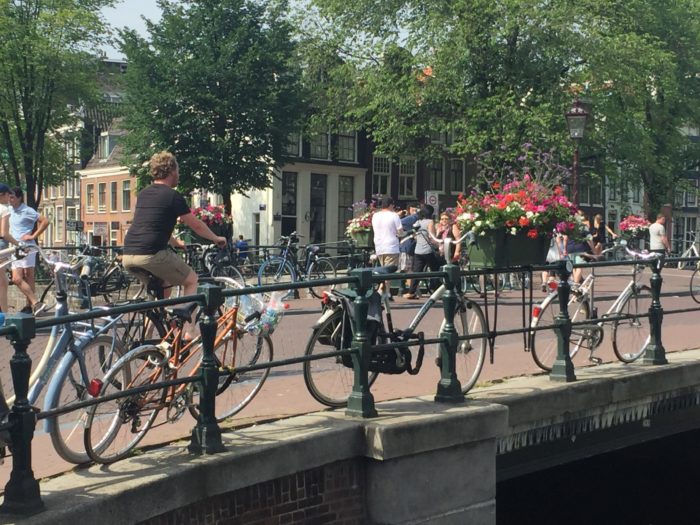 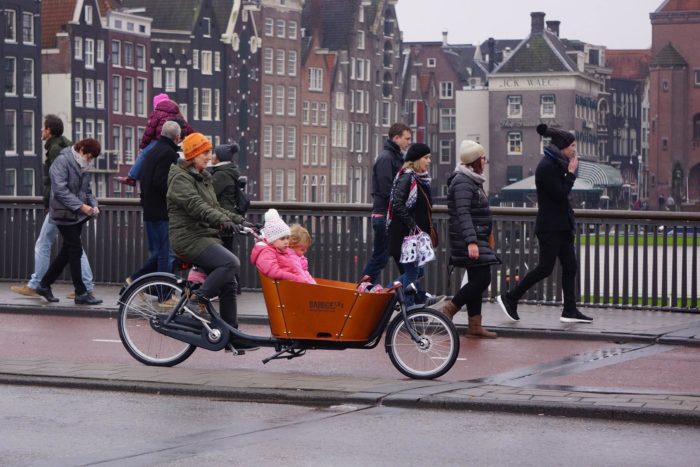 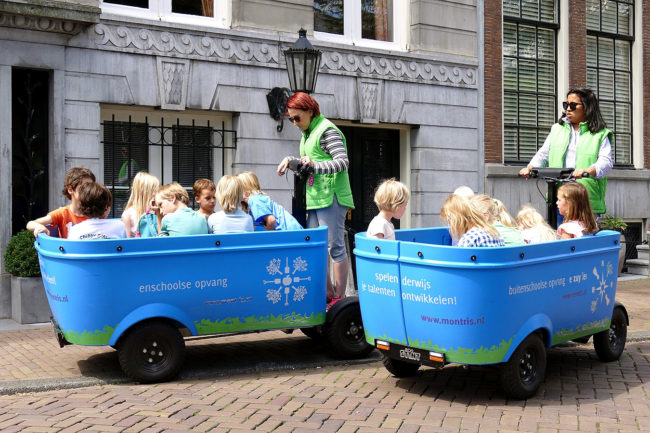 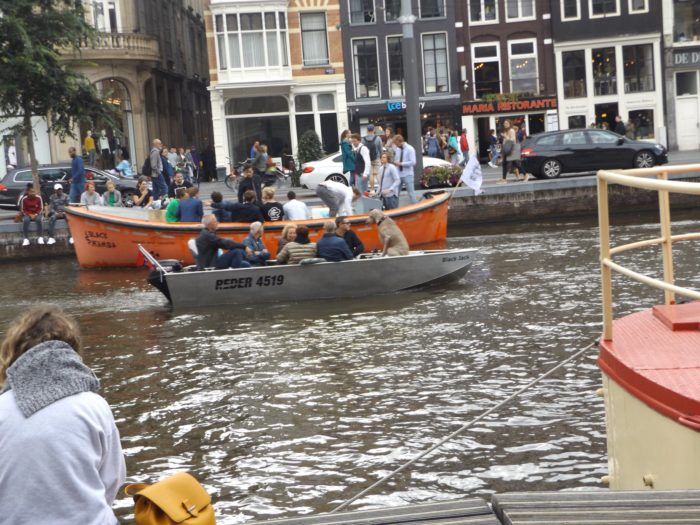 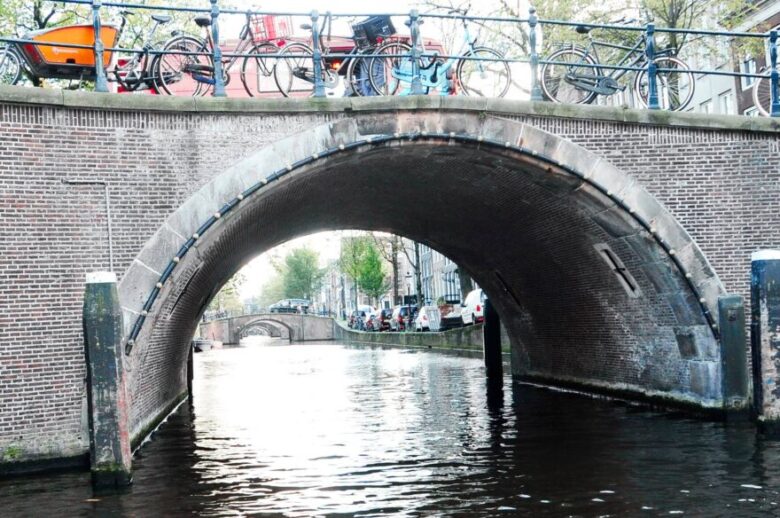 There is a small cheese shop called Fromagerie Abraham Kef (Marnixstraat 192). There are cheese tastings on Sunday afternoons! 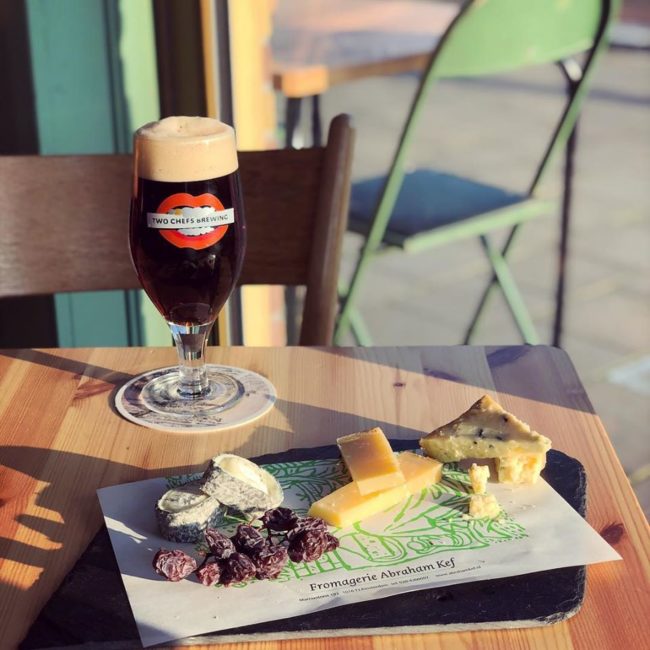 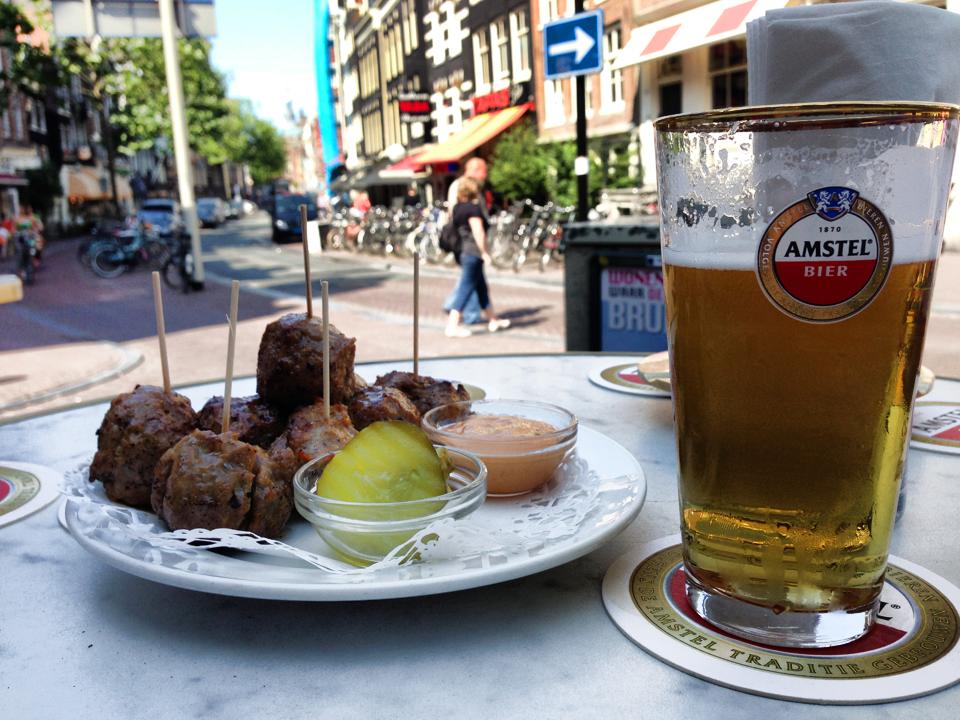 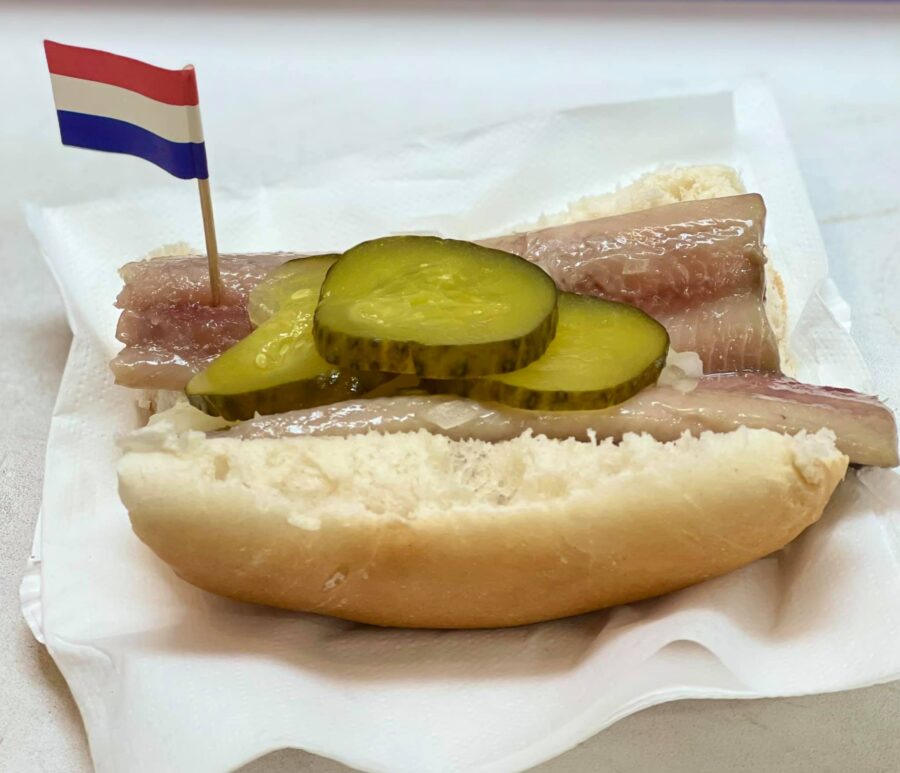 Clogs displayed in souvenir shops are tourist traps. Only farmers, roadmenders, and gardeners wear clogs nowadays, but never the type sold to tourists.

If you're looking for unique souvenirs, don't buy Delftware (blue and white ceramic items)  or tulips. Go for something genuinely original made by an Amsterdam manufacturer. The Local Goods Market is held once a fortnight at De Hallen, or look for items by local designers in Spuistraat.

You can’t use credit cards, only debit in most supermarkets in Amsterdam. 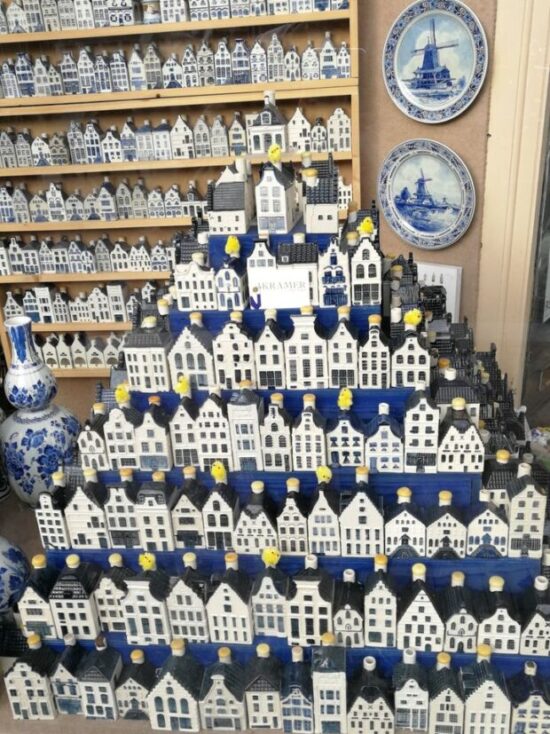 The Nieuwmarkt neighborhood has many clubs. Cotton Club is one of the favorites of the locals. The clubs, bars with in-house music are mostly open up to about 4 a.m.

Pickpockets operate regularly. Watch your wallet or handbag, especially on public transportation and in department stores, and when waiting for a train or bus. Be wary of strangers trying to distract you while you're using an ATM.

Amsterdam is a very safe city; however, you should use two locks when you rent a bike as bike theft is the most common crime in Amsterdam. 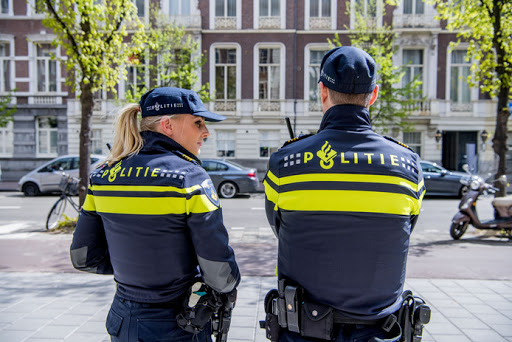 24h I Amsterdam city card: Anybody ever managed to make a good deal out of this card? Do you think you can spend more than 59€ of museum visits, transportation and canal cruise in a day? We are not so sure. Maybe the card is a better deal for three or four days if you’re a museum addict. 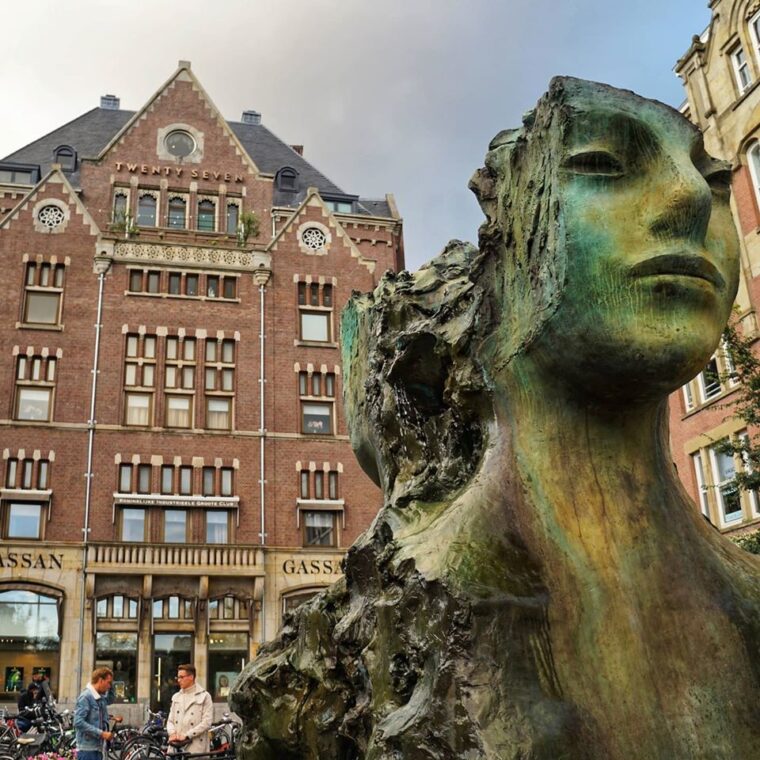 Amsterdam - Remarkable sculpture and fountain on the Rokin - f.p. photo 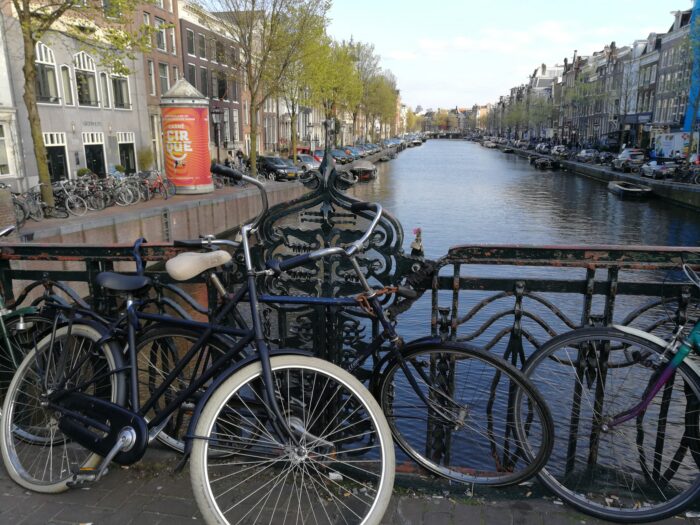 Amsterdam was built on a swamp, and canal houses were built on top of big logs driven into the earth. Due to the changed level of the water, many of these logs have started to rot away, slowly weakening the houses.

The real problem with Amsterdam in winter is the wind. The strong gusts of winds accentuate the actual cold, and you feel like your bones will crack, the toes itch a lot due to many socks you wear.

,, It is a little known fact that Amsterdam is one of the places that Father Christmas prefers to spend part of his summers. His favourite bar is on Dam Square and he tends to sit in the back. He is usually happy to talk but it helps if you take him a glass of Geneva Gin

Some positives about Amsterdam:

Amsterdam is a city that is extraordinarily liveable, easy to get around in, as long as you have quick reactions, and open and tolerant with an atmosphere of freedom. You have perhaps to ignore those tourists who might come primarily to get stoned or make a spectacle of themselves in the red light district but this is not such a big deal.

In general the Dutch have things well organised and Amsterdam is a city of creative people.

In Amsterdam, crime rates are low, murders are rare, few inhabitants are in deep poverty, and life expectancy is high so you’d think they must be doing something right. Environment protection is good with a surprisingly large number of green areas (though the city is densely built-up). In general the mix of people seem to rub along pretty happily together.

Amsterdammers live healthily, walk and bike a lot and do not seem to have the obsession with cars that you find in many places. This of course is aided and abetted by the relatively difficult business of driving there and the flooding of many roads, (I subsequently found out that these are canals, attempting to drive along them is a bad idea).

Too many bikes. While cycling is strongly promoted in many cities worldwide, the problem in Amsterdam is that per capita bicycle ownership is 1.5. That means many unused, even abandoned bicycles. Another thing to note is that as a pedestrian you take your life in your own hands. Dutch bicyclists do not take prisoners, so if you don’t want to find yourself with a bicycle wedged in your anatomy beware. If you do that’s what the red light district is for.

In a series of campaigns, the city administration is trying to persuade locals to place their unused bikes in places that do not obstruct traffic. Allegedly, about 15,000 unused cycles are abandoned every year. Quite a lot end up in the canals so don’t feel tempted even if your bicycle has really upset you to throw it in the canal. There are even special boats to fish out bicycles. You should be careful your bicycle isn’t stolen, (probably by a stoned English tourist), and sent to its watery grave. Even the odd car ends up in the canals, but don’t worry the boats still run.

Immigrants and international students complain that Amsterdam's local Dutch inhabitants treat them with ostentatious politeness as a way of differentiating from local Dutch people. Personally I would prefer that to people being rude. There are of course some tensions between different social groups but this is the 21st century and surely racism is a thing of the past, at least among those of us who consider ourselves as sentient.

The city is divided into several parts; there's a Turkish part, Moroccan, Black people and ex-pats, though don't feel that you will be excluded. I always find it interesting that as an Englishman if I go somewhere to live I’m an expat, everybody else is an immigrant. As you can imagine the poorer the group the further out in the suburbs they tend to live and the more sketchy the neighbourhood.

If you visit the red light district, tourists should keep in mind that even though prostitution is legal, many women are not there because they want to be. In fact who would be, really? Apart from this general observation it is true to say that human trafficking is a severe problem, and most tourists aren’t aware of this.

In Amsterdam, residents and tourists complain that many street buskers are quite aggressive toward viewers who are unwilling to give them money. Many living statue performers are harassing passers by.  Lets face it there is nothing worse than an angry man with a trombone. There is however the fun of making the living statues chase after you and ruining their act. You can give to the nice ones if you want, especially if they're not very good. (You’ll find me playing blues wearing a dark blue fedora).

Amsterdam has a winsome, (possibly winsome loose some), look in the canal area. but there isn’t much variety in the architecture beyond that. I do like the colourful houses with their traditional gable ends and little cranes. Worth going on one of the sightseeing boats for the best of it.

I can hear many of you thinking, “what about what Amsterdam is really known for.” Well yes, coffee shops where the coffee is also excellent as well as alternative herbal products and I don’t mean Oregano. The Dutch seem to have achieved a happy and sensible level of drug use, however some foreigners can overdo it. Coffee shops are generally pleasant and well run but be careful of the innocuous looking hash cake which can carry a bigger than expected kick. Don’t forget, try not to fall into a canal and stay away from the skunk." (Alan Durant, September, 2020) 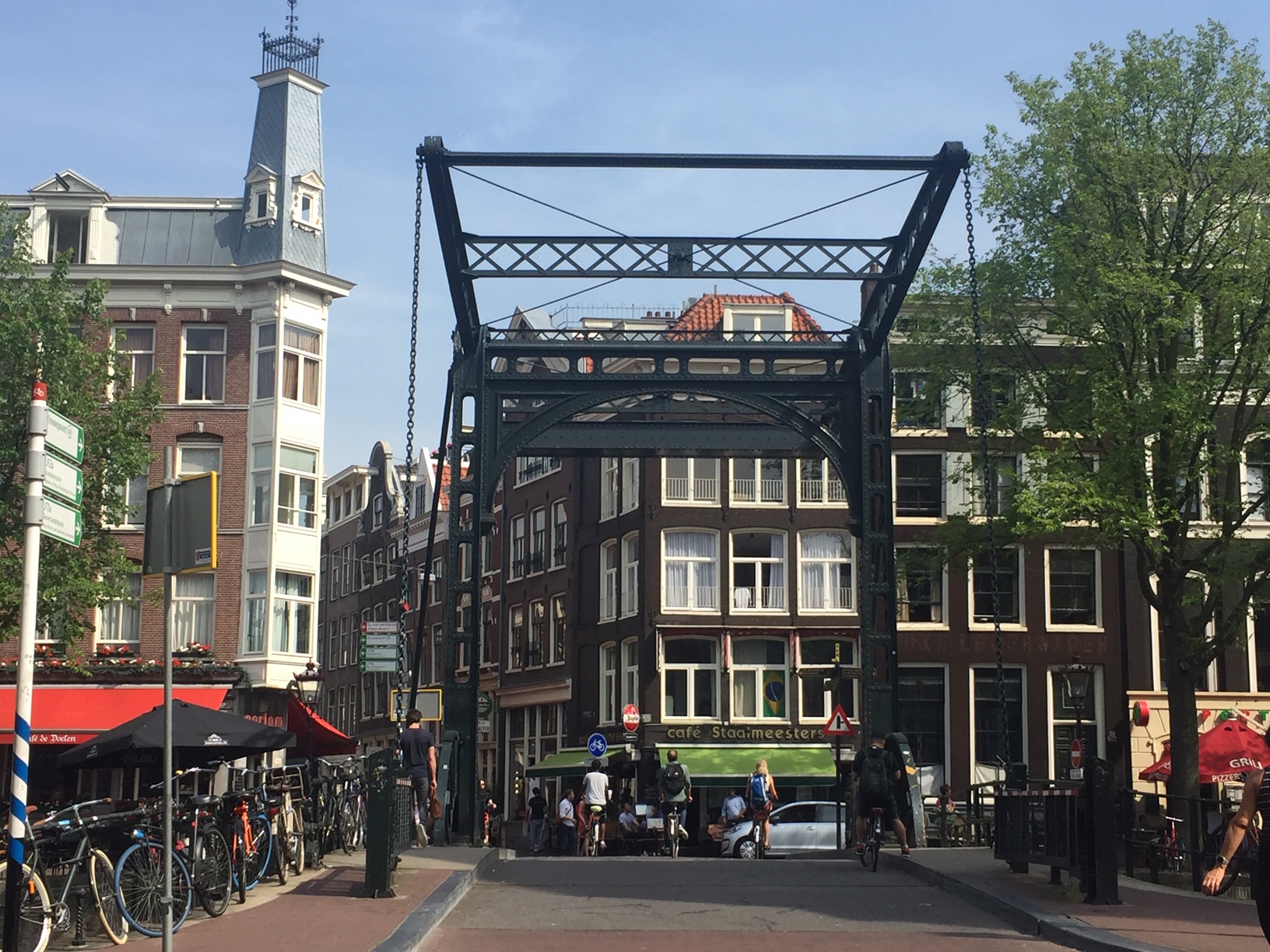 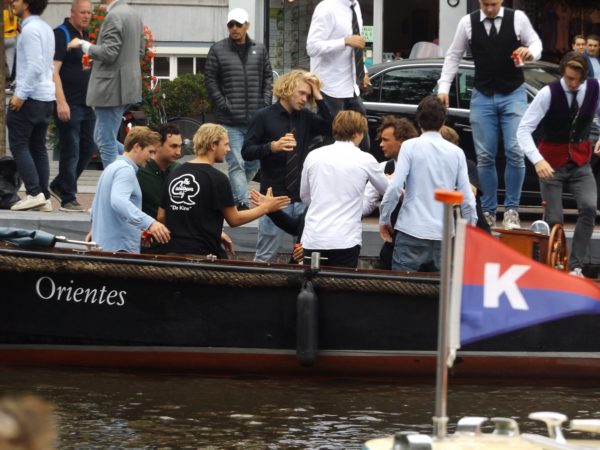 While you’re in Amsterdam, you must take a boat trip along the gorgeous canals. Skip the Canal Boat Tours and rent a boat yourself. Grab a picnic, sit back, and enjoy! You could also take the free ferry across to Amsterdam. 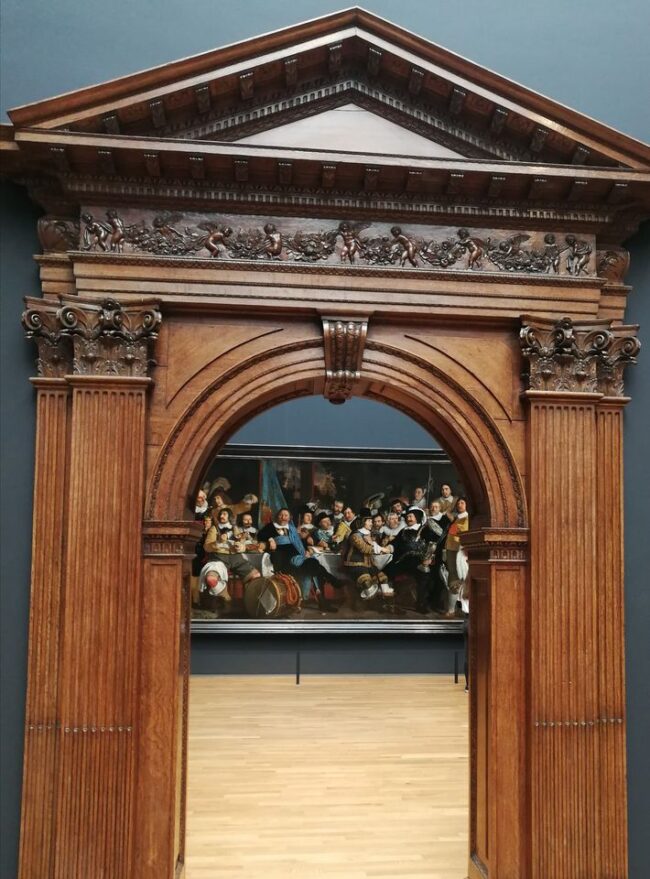