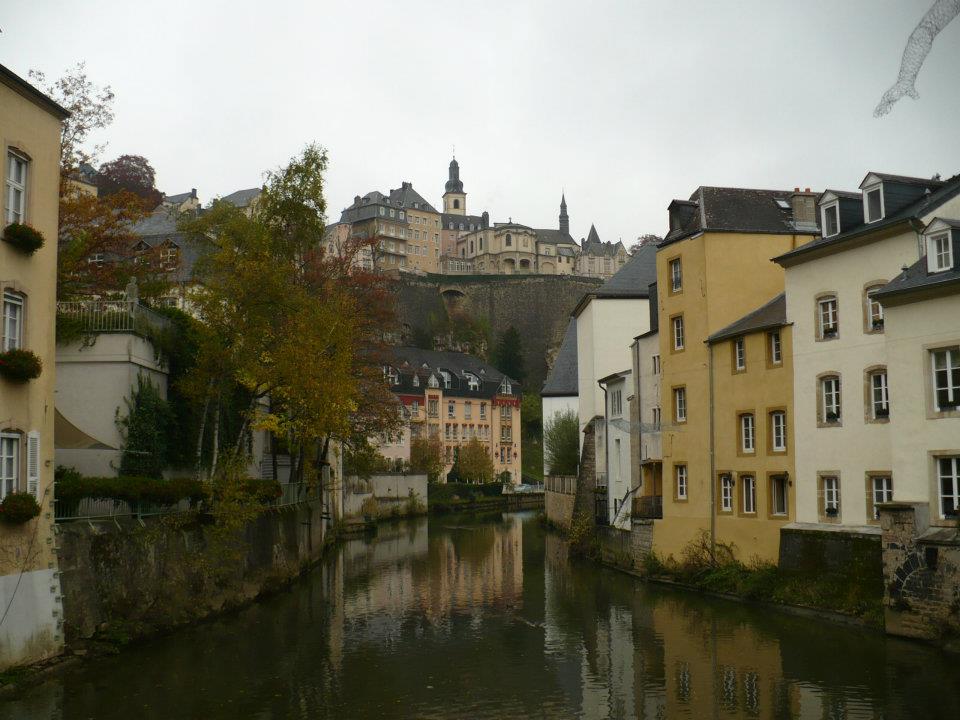 1. an unusual mix of French and German character influences

2. cycling in rainless hours on the banks of the Alzette River, the oldest part of the capital

3. the excellent condition of Burg Vianden, perhaps the most beautiful castle in Luxembourg

4. le Chemin de la Corniche footpath with many viewpoints (when it was not raining)

5. the romantic, little streets of Grund quarter in Luxembourg City

7. view of the small valley from the viaduct (Passarelle)

8. the Place d’Armes has a good selection of dining options

9. great party life on Friday and Saturday nights in the Clausen quarter

1. Luxembourg is not a truly memorable cathartic tourist experience

2. McDonald's, Quick and Pizza Hut are illusion-destroying on Place d'Armes

3. In Luxembourg City, public transport buses move too slow in rush hours as they do not have separate lanes

4. The well-earning locals may not care so much about high prices, but most foreign tourists find the country very expensive

7. The Bock casemates were not interesting for me, maybe because in general, I don't appreciate this kind of underground tunnel attractions (as I saw, the kids love it)

8. In my opinion, the Grand Ducal Palace is not that spectacular 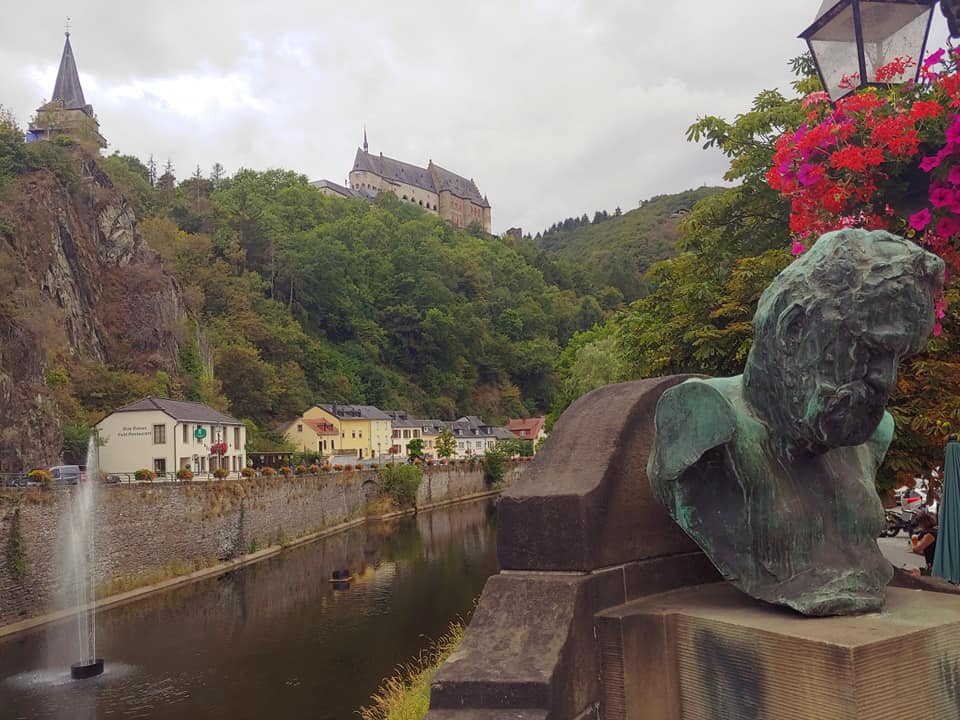 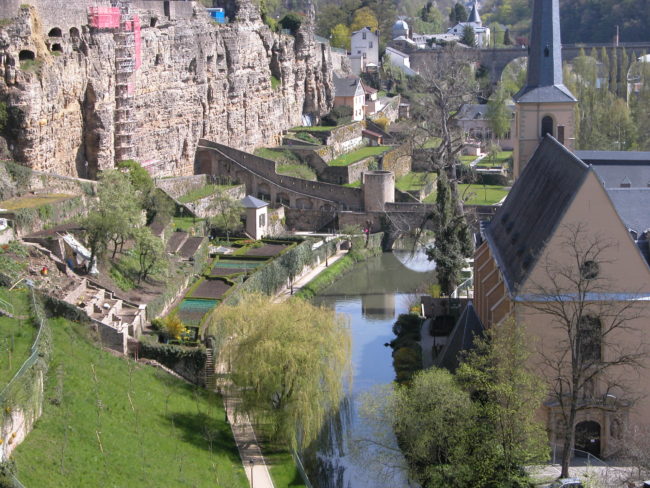 “The first thing you should know about Luxembourg is that it’s extremely expensive (though gas is a little cheaper in Luxembourg than in Germany, which is worth bearing in mind if you’re on a driving holiday).
If you’re on a tour of the Benelux countries, I’d recommend a maximum of one or two nights in Luxembourg. Given the price of hotel rooms, it isn’t worth spending any longer – the prices at three-star hotels start at around double what you’d pay elsewhere.

Part of the city sits in a valley, which is great for taking a stroll, though it’s difficult both by car and on foot to get up the steep streets to the top.
In the downtown area there are pedestrian streets and squares with restaurants, where you can order excellent seafood and especially beef dishes.

The country has a very good, state-of-the-art railway network, which is good both for travel within the country and for visiting neighboring states.

Everything is very modern, very clean, and the inhabitants speak many languages – it seems it would be possible to be understood in English, German, French and Dutch – not to mention   Luxembourgish 😊.
Both times I visited Luxembourg it was cloudy and rainy…

If you’re planning to live in Luxembourg for a longer period of time, it’s important to be aware of the high cost of living. You won’t find an apartment for under €1000 a month, and a haircut costs €40-50.

The city itself is pretty, the houses are attractive and well built, and the people are polite and hospitable. Definitely worth visiting once.” (Gabi, 2017)

“Luxembourgers are famous for not being famous for anything. They are, in fact, the richest people per capita in all of Europe, but this fact is not widely known. The country also has a lot of bankers who are rich as Croesus.

The city itself is a real pearl, and one of my “top” cities. For me, it’s a real jewelry box, and much more attractive than the “big cities” like Rome, Paris and Barcelona. And all of Luxembourg is like that. The buildings look like they dropped straight out of the 19th century, the streets are clean, there’s hardly any traffic, and everything is green. 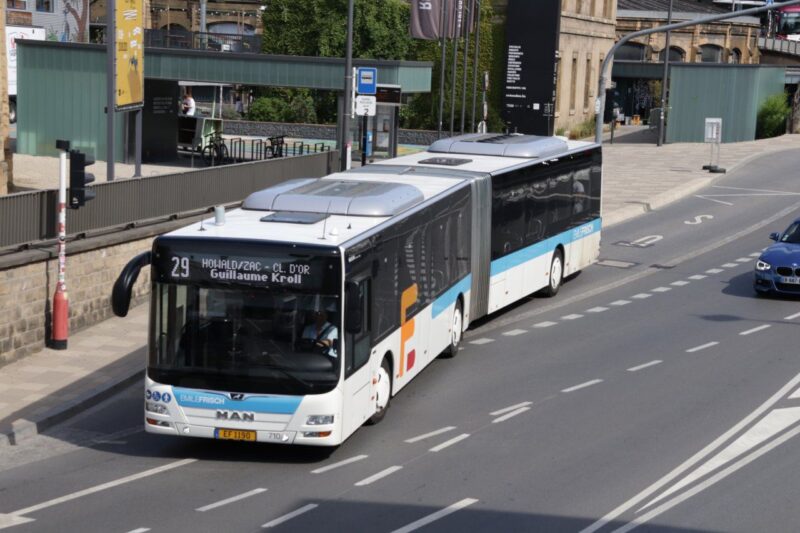 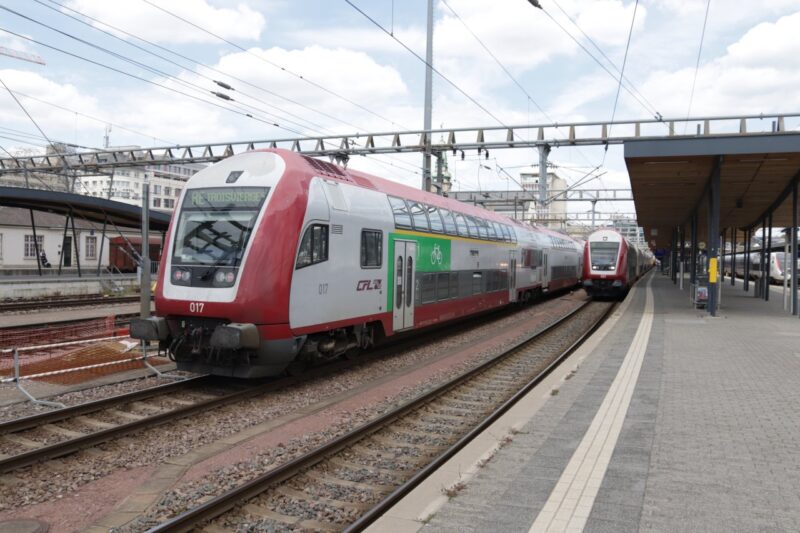 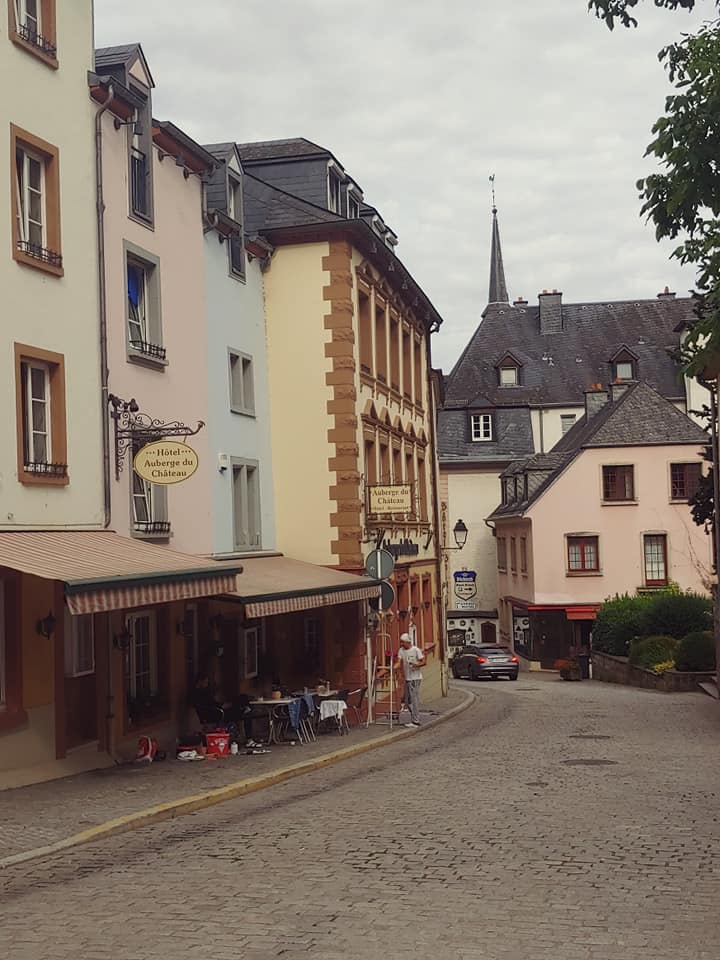 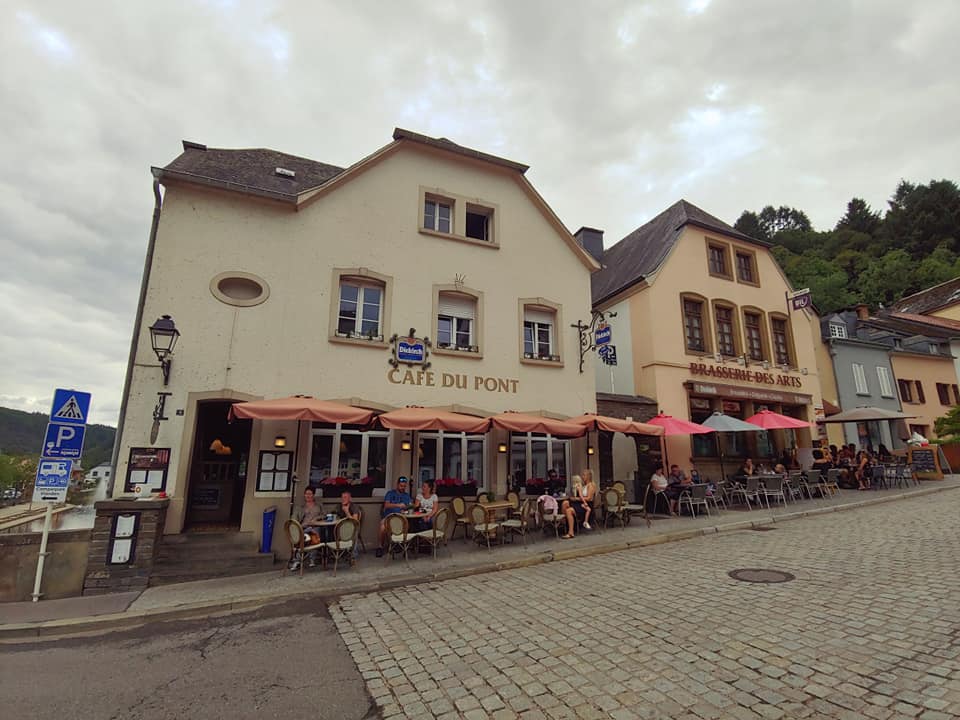 Luxemburg - a fire hydrant while clowns 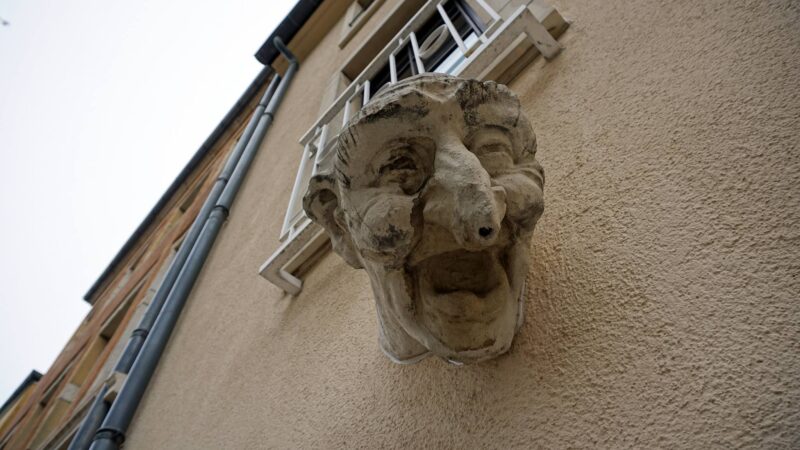 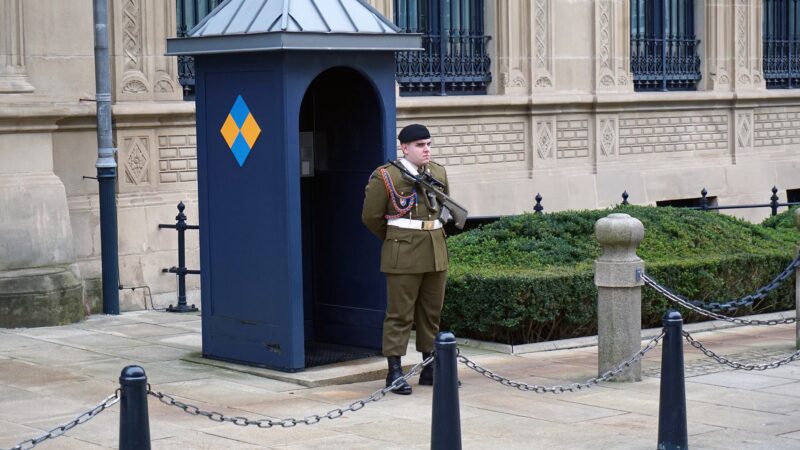 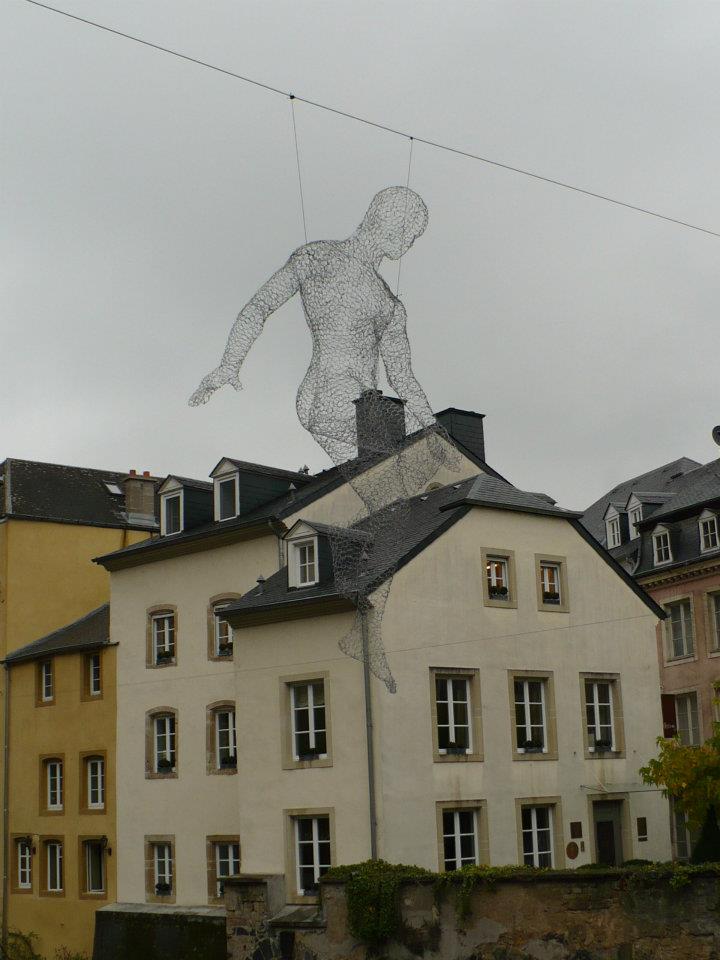 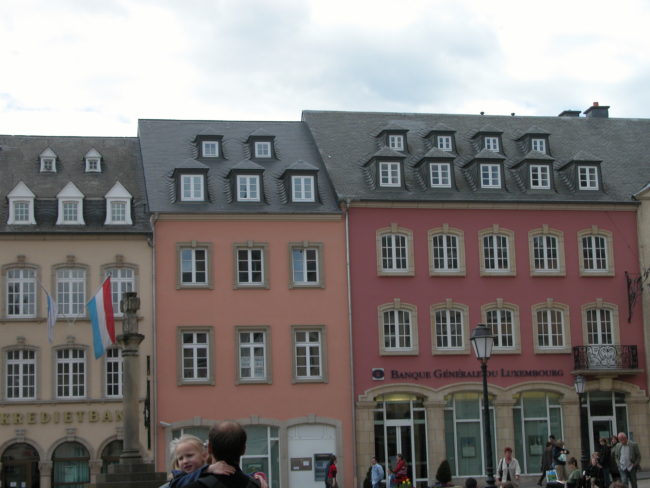 Languages: Luxembourgish, German and French re the official languages -  the mother tongue of about 70% of Luxembourgers is Luxembourgish (or Lëtzebuergesch, as they write it). 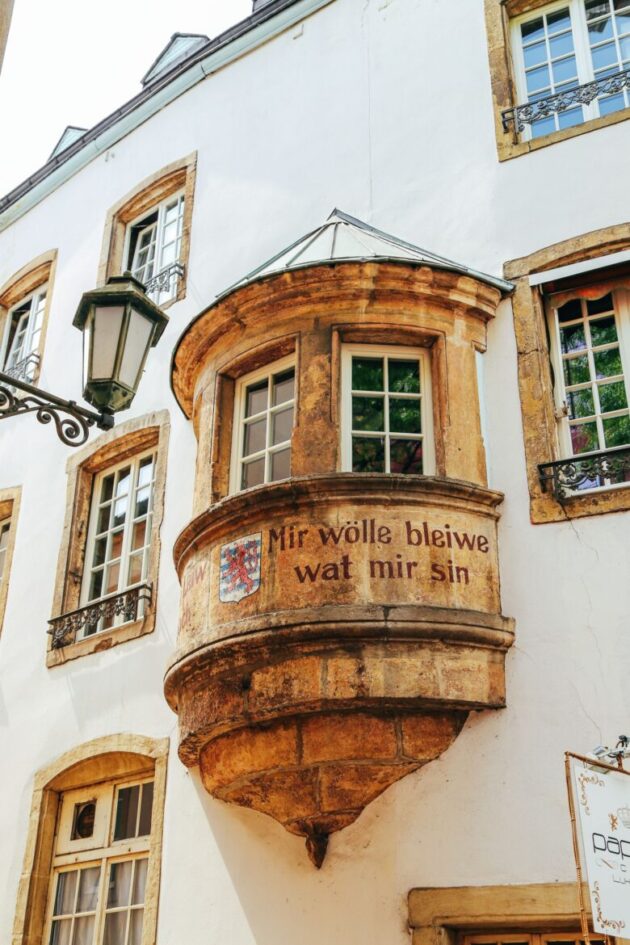 Luxembourg - Their national motto in archaic Luxembourgish language: Mir wölle bleiwe wat mir sin - which means "We want to stay what we are" 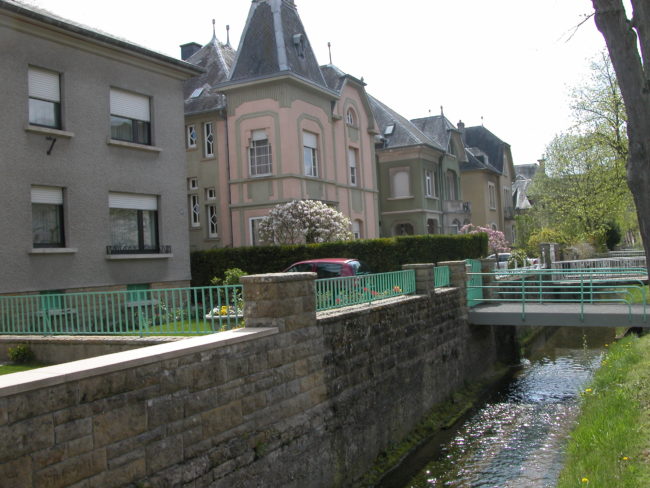 “Luxembourgers are, in general, a fairly balanced, open-minded, forward-looking people. The capital is one of the most cosmopolitan places in Europe, with people from 120 different countries living there. The ethnic tensions which exist elsewhere in Western Europe are virtually unknown in Luxembourg. Of course, this is helped by the fact that besides the natives, the biggest foreign contingent is the Portuguese, who are Catholics and already relatively well-adapted to the local culture.

Luxembourgers do have some negative feelings towards the Germans, largely because of their memories of occupation in the Second World War. This is why they react so negatively when someone claims that their language, Luxembourgish, is just a German dialect. They are also right – Luxembourgish and German are now quite distinct, and someone who understands literary German will find it very difficult to understand an average Luxembourger.

Native Luxembourgers are practical, straightforward, natural people. They have a saying which sums this up: “Mir wëlle bleiwe wat mir sin”, or “we want to stay as we are.”

Though locals speak their own Luxembourgish language, they generally use French in official correspondence and administration. It is compulsory to learn German in schools, and the German language is also dominant in much of the media.”

“1. If you don’t speak French, or if you’re more comfortable speaking German than English, then you’d better make it clear as soon as possible that you’re not actually German (unless you are, of course). It’s not that the Luxembourgers hate the Germans, it’s just that there is a certain wariness towards their larger neighbor. The reasons for this lie in the fact that, as a proportion of their overall population, Luxembourgers suffered the largest loss of life in all Europe. The German occupiers forcibly enlisted the young men in the Wehrmacht, as they were considered honorary Aryans, and made them serve the Reich in dangerous forced-labor battalions.

2. We should get used to the fact that Luxembourgers are, as a rule, very restrained in their communication; though this makes it all the stranger that their former prime minister, and the former President of the European Commission, Jean-Claude Juncker, is so bizarrely overfamiliar in his behavior. Luxembourgers do not, in fact, behave remotely like Juncker, and if you try to behave like him it will be taken extremely badly.

It is safe, however, to make jokes about how small the country is – the locals are not remotely offended. So in other words, in Luxembourg (like so many places) it’s good to be friendly but courteous, and if you behave in this way, locals will do likewise. Of course, in such a cosmopolitan city, it may not be enough to adapt exclusively to native Luxembourg habits – you may have to deal with people from all over the world.” 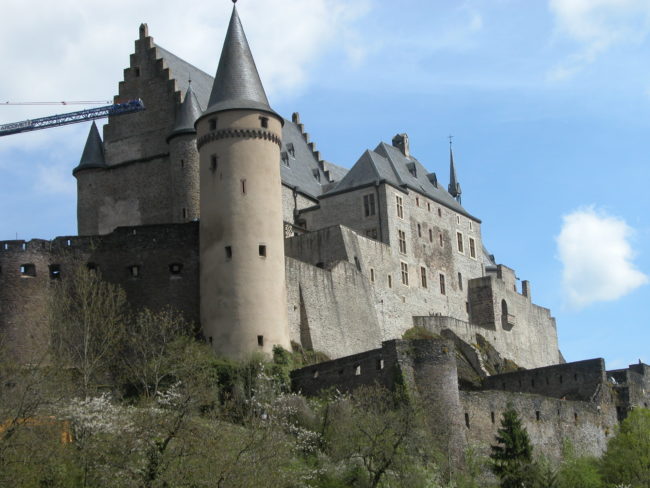 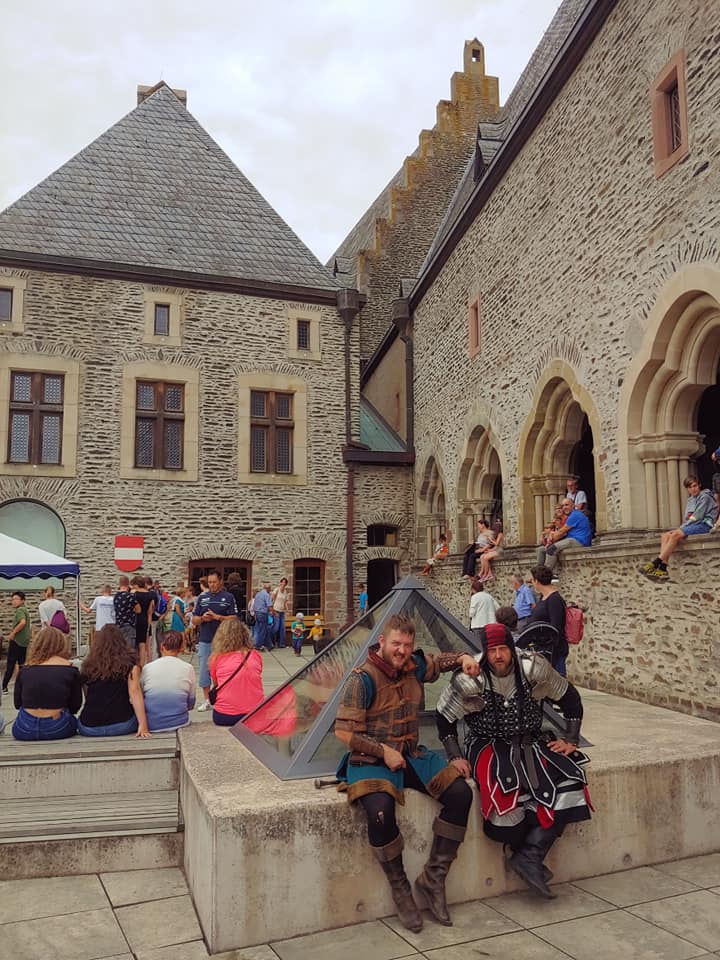 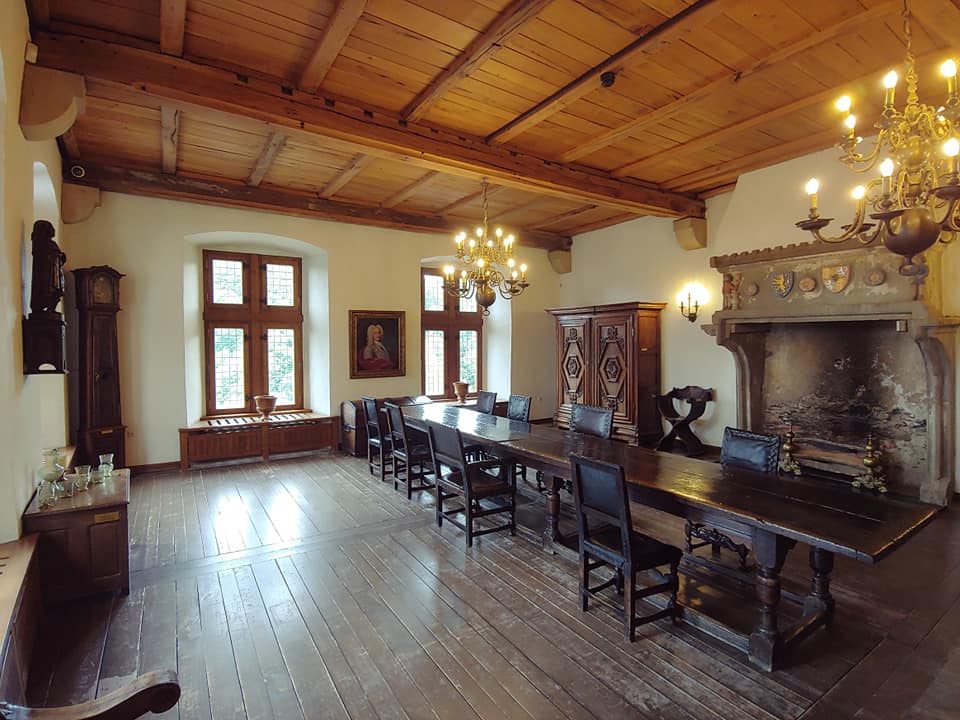 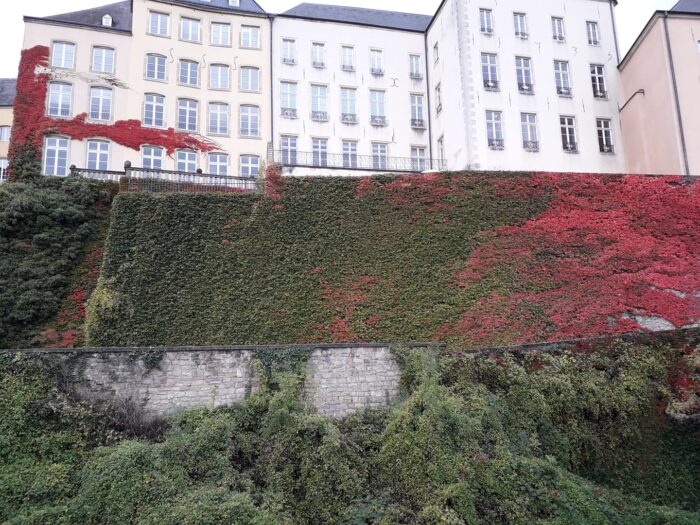 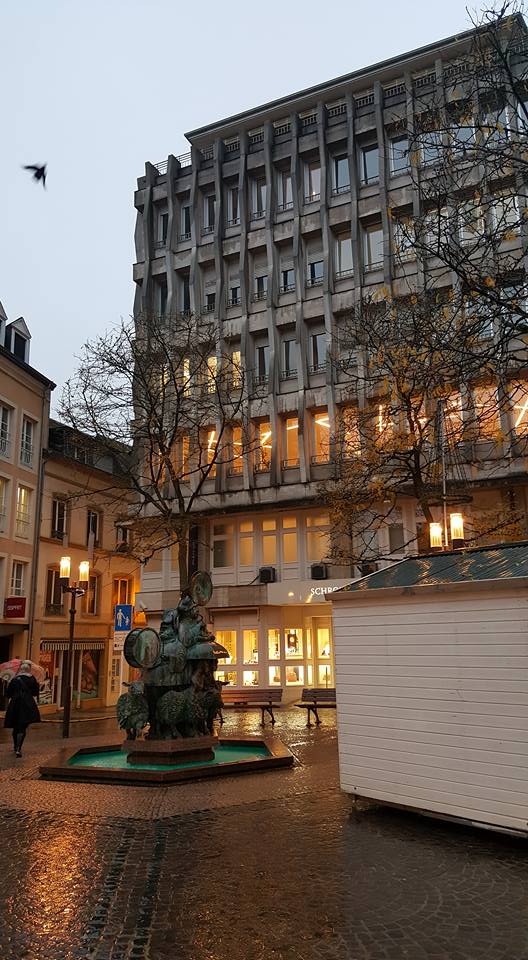