3. Montreal is very diverse, with a wide variety of street atmospheres, attractive neighborhoods

4. Walk around the English-speaking Mc Gill University and then an easy  climbing up to Mont-Royal

5. The RÉSO, the unique Underground City, and the superb subway network

7. In a small, empty street of the Old Town, came up to us John Malkovich,  one of my favorite actors (he happened to be a guest artist in a Montreal theater, as he speaks fluent French)

8. Old Town (Vieux-Montreal) in the evening lights (basically one or two streets, and Place Jacques-Cartier)

9. St. Laurent Boulevard in the late afternoons and weekends - the impressive atmosphere and adorable residential houses with cozy shops and cafes on their street level

10. If you only have time for one museum, then Pointe-á-Calliére (Montreal History Museum)

1. There is not much offer in terms of classical cultural tourism, few outstanding museums, and churches (except the Notre-Dame Basilica, a must-see)

2. Damn cold from about mid-October to mid-April; you should not come in that period.

4. Terrible traffic jams at peak times - tourists should not drive in the city.

5. Streets are not as clean as in Toronto, and too many potholes (plus slippery ice roads in winter)

7. The locals are not very hospitable (often gloomy), although European tourists are more popular than English-speaking North Americans.

8. Although the hilly location is nice, long walks can be strenuous.

9.Many homeless and some annoy the passers-by

10. There are surprisingly run-down side streets downtown

11. Too many noisy constructions

I like it if a city has high points with some lookouts. Montreal is ideal in this respect. You can have great views over the city from countless spots. I mention some: Saint Joseph's Oratory of Mount Royal, Clock Tower, the Jacques Cartier Bridge.

“Walking through the streets of the city, it’s sometimes difficult to decide which continent one is in. It blends the features of the traditional European and modern American styles, and perhaps it was this duality that so quickly captivated me. The skyscrapers clearly bear a resemblance to the well-known metropolises of the USA, and at first glance, they steal the show with their monumental character. Still, later I was drawn to the old traditional cityscape, perhaps from homesickness for Europe. The beautiful city center also met this need of mine, with its old buildings, pedestrian streets, and charming harbor really making it feel like we were somehow walking on the streets of Paris, Hamburg, and London at the same time.

Canadians are very proud of the multicultural makeup of their country, and this diversity is also evident in the image of Montreal, as many Chinese and Indian immigrants live in the city, further coloring an already diverse city. While it’s true that, thanks to the first French immigrants, French has remained the official language, English is used in the rest of the country, so the province of Québec has been forced to become functionally bilingual. In the past, ethnicities in Montreal were also geographically dispersed: while English speakers lived west of St. Laurent Boulevard, the French were concentrated east of the boulevard. Today, such separation no longer exists, but the alternation of street names and subway station names still preserves these traditions in many places.

This mix of languages was also an advantage for me: I did not have to despair because of my lack of French knowledge, but I could mingle with anyone in English. Among the many churches and cathedrals found in the city, the Cathedral of Mary, Queen of the World, which is a two-thirds replica of St. Peter's Basilica in Rome, Notre-Dame Basilica, and St. Joseph's Cathedral all stood out. The latter stands out literally, as it is located on the slopes of Mount Royal, at the highest point of the city, so from the lookout next to the church, you can clearly see the whole of Montreal, and often even the neighboring settlements.

Mount Royal is surrounded by a huge park, the Parc du Mont-Royal, designed by the planner of the famous Central Park in New York. The park is used to the maximum by the locals at all times of the year: people picnic, sunbathe, walk dogs and jog in summer, while cross-country skiers and skaters take possession of the area in winter. So there is no shortage of green space, and almost every part of the city is easily accessible by bike. Still, anyone who chooses public transport will enjoy a unique experience. Based on the extensive metro network, the so-called underground city was built, connecting the city’s four metro centers and individual office buildings with shopping malls in a complex street system. During a protracted cold spell, life on the streets slows down, and people flee underground, where they carry on as normal. Today, there are more than 1,600 shops, 40 banks, 200 restaurants, 10 subway stations, and 30 cinemas under Montreal.

It’s hard to get bored in Montreal, but for those who can’t stand the hustle and bustle of the big city for long and crave the countryside, it’s also easy to get out of the city. One of the oldest settlements in the area, Lachine, is famous for its fur trade museum. At the same time, Kahnawake, south of the St. Lawrence River, is still inhabited by descendants of Iroquois Indians.” (2017)

Be careful when crossing a street. Pedestrian crosswalks do not mean cars are going to stop.

Parking is difficult and expensive. Driving a rental car within the city limits has only a sense if your accommodation is very far from the city center.

In Montreal, waiting 20 minutes for a bus is quite usual. Often faster to walk.

Many taxi drivers don't speak English at all (or don't want to). 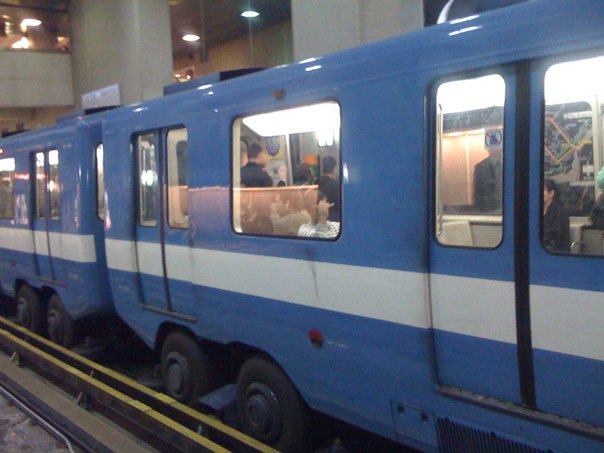 Montreal - amphi-bus for sightseeing on land and water - Elter photo

In North America, Montreal has the second-highest number of restaurants per capita (New York is the first). 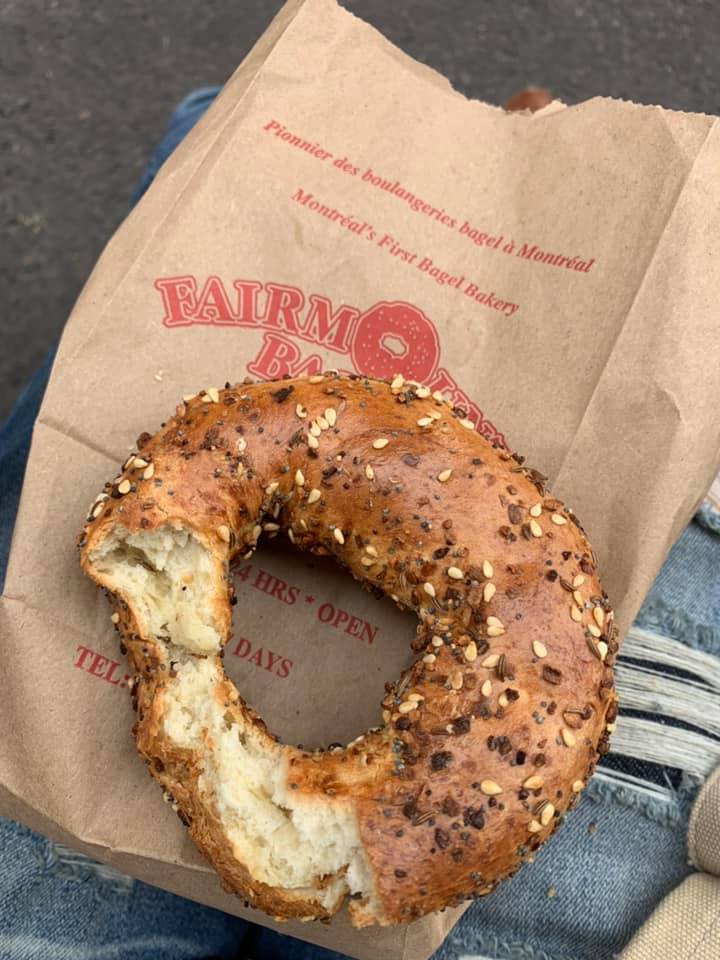 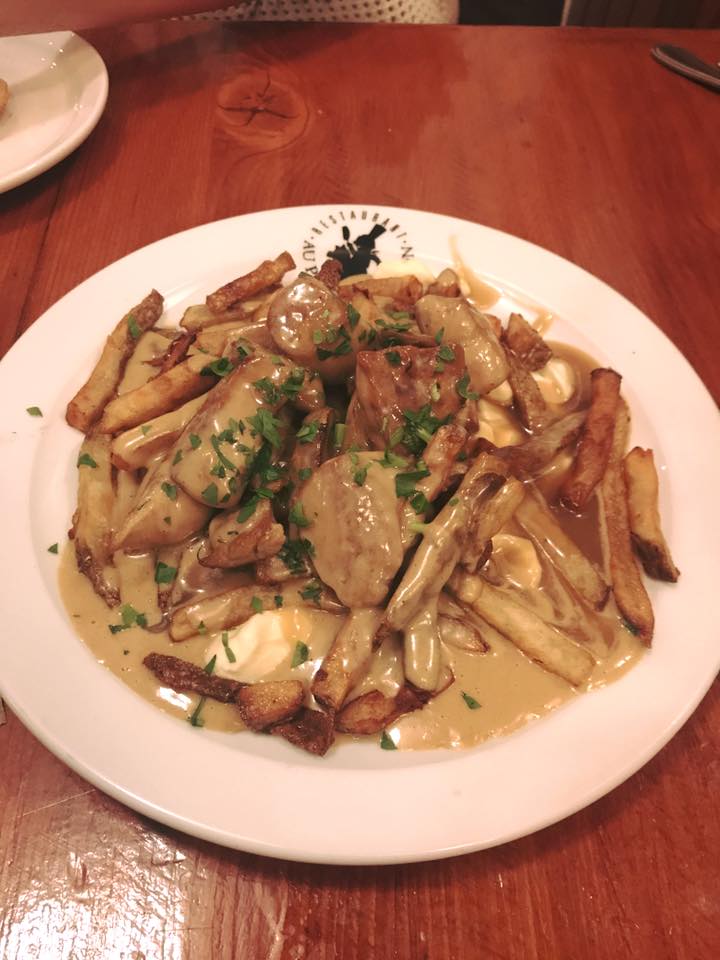 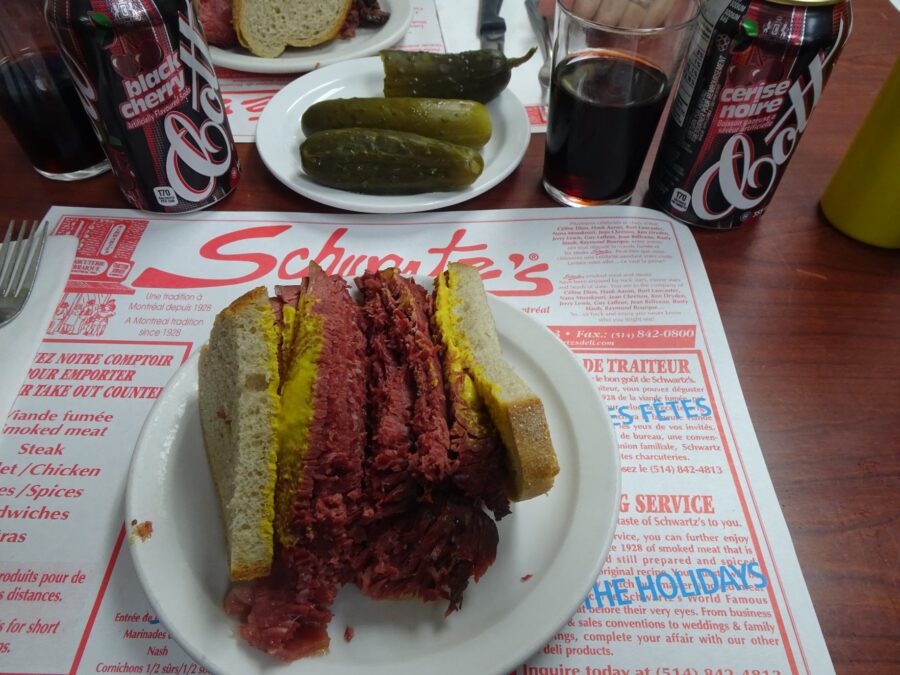 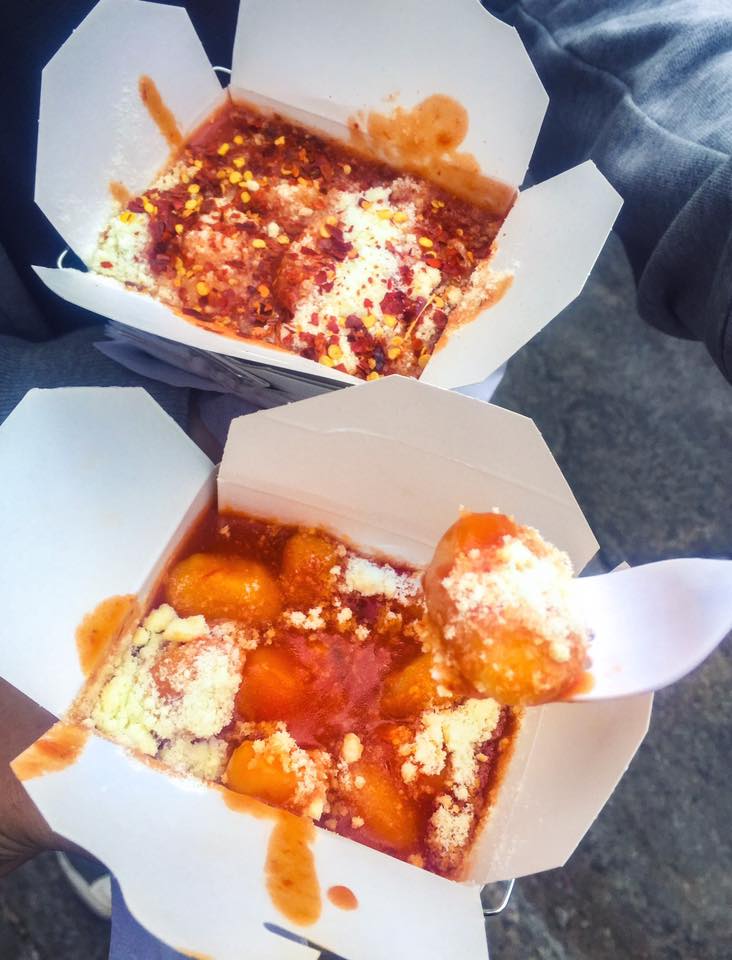 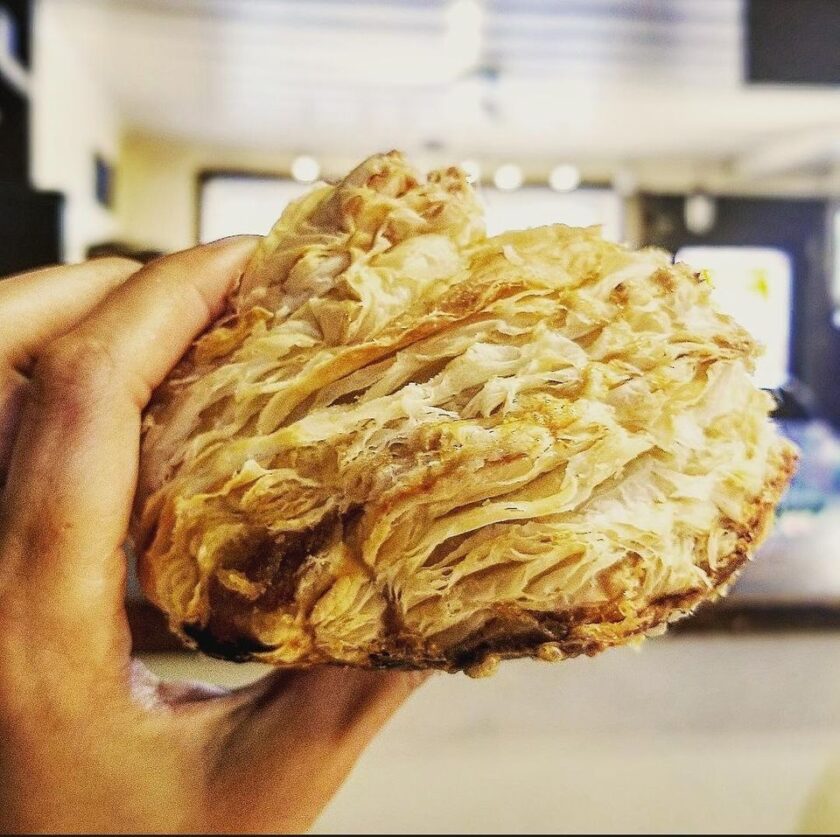 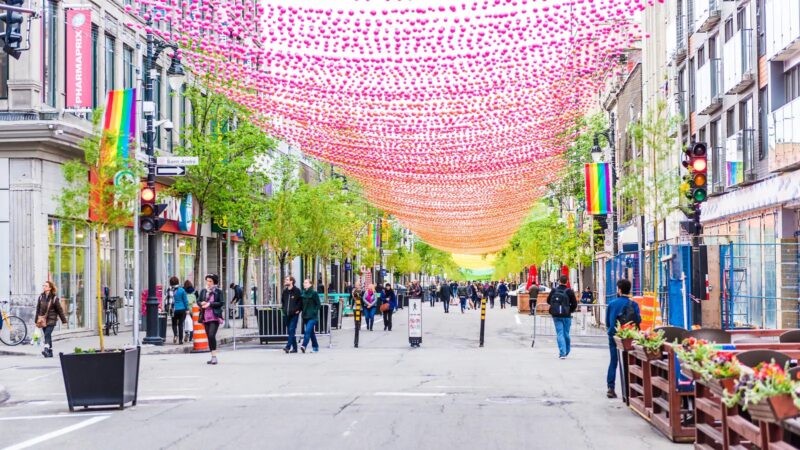 Montreal is one of the safest cities in North America (Toronto is the number one). 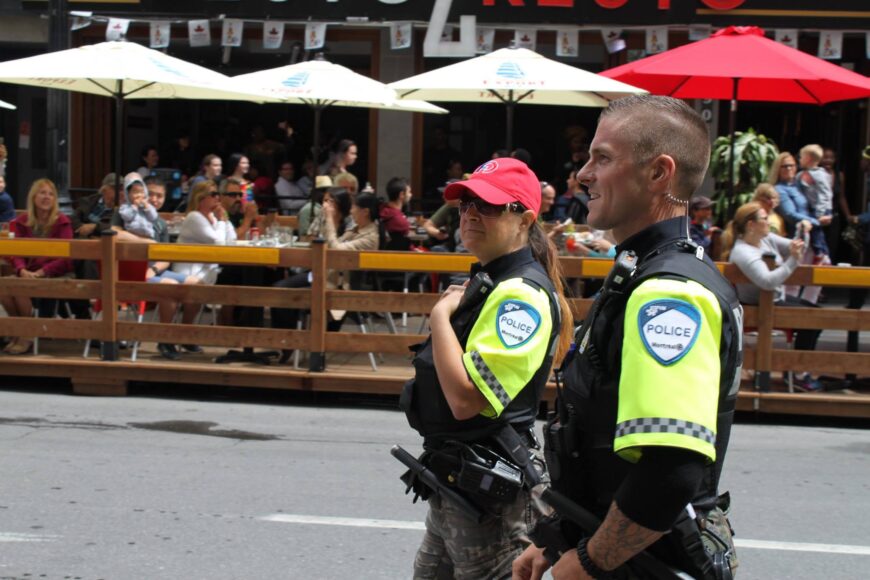 1. Many signs, indications are only in French, e.g., on the buses, metros, shops, even at the information desks.

Montreal is located in the southwestern part of Canada, in the province of Quebec.

Population (in 2020): 4.2 million - the second-largest city of Canada (Toronto being the first)

In Montreal, the majority of the locals speak French. Montreal is one of the fourth most populous French-speaking cities in the world.
(Kinshasa, not Paris is the first!)

In winter, 40cm+ of snow in front of the houses is very common. Even locals can hardly reconcile with this. In January and February, the damp cold can bite the inside of your bones.

Some say that racism is on the rise in Montreal, namely in two typical milieus: French Canadian elitists and Islamic extremists. 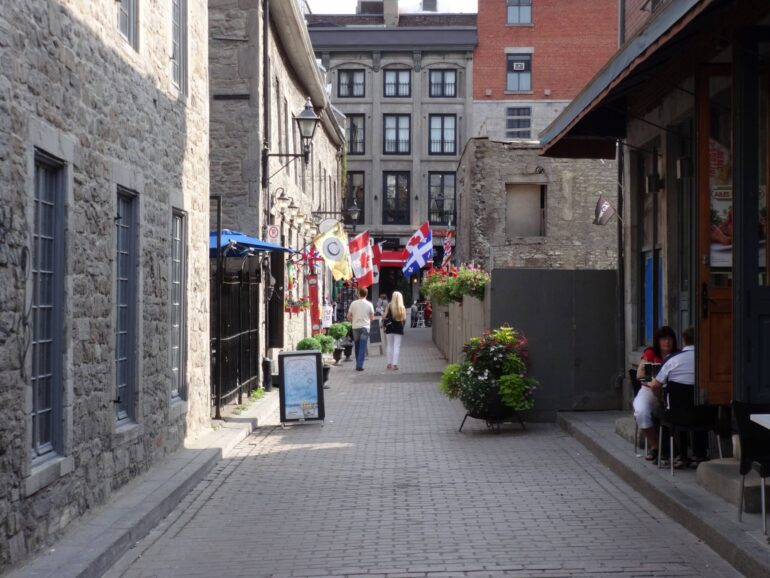 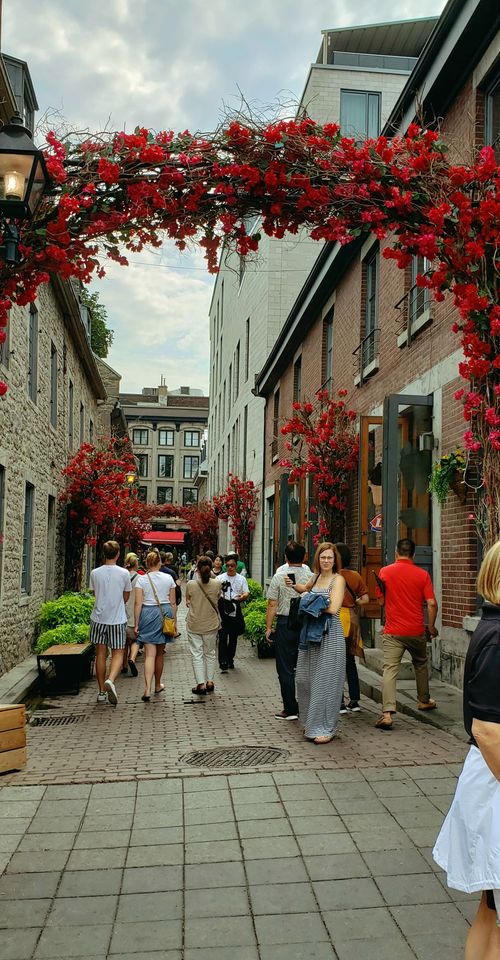 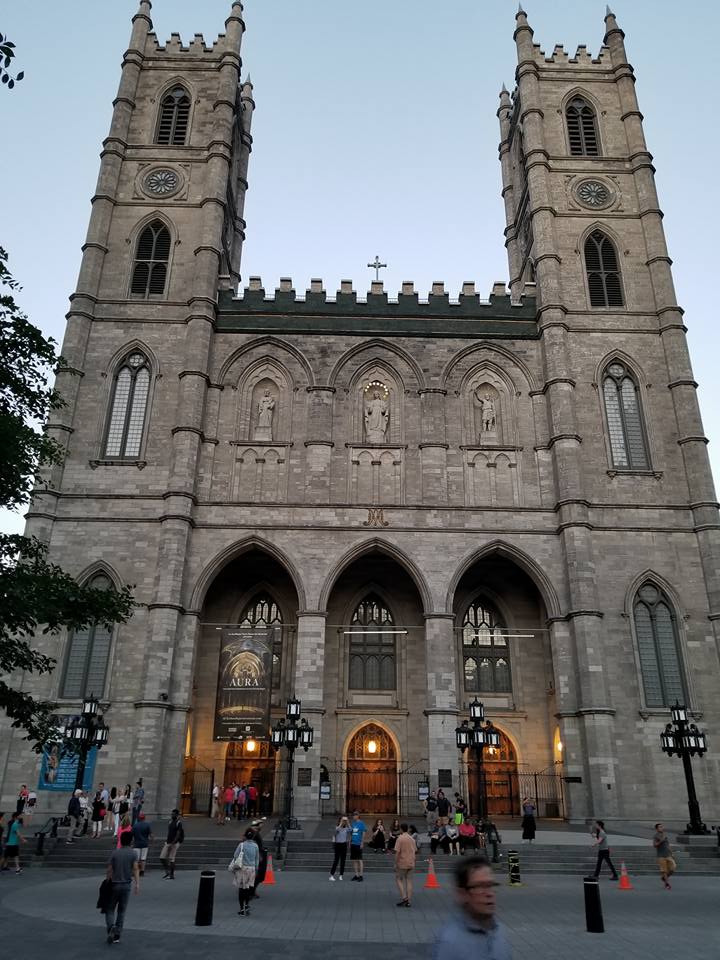 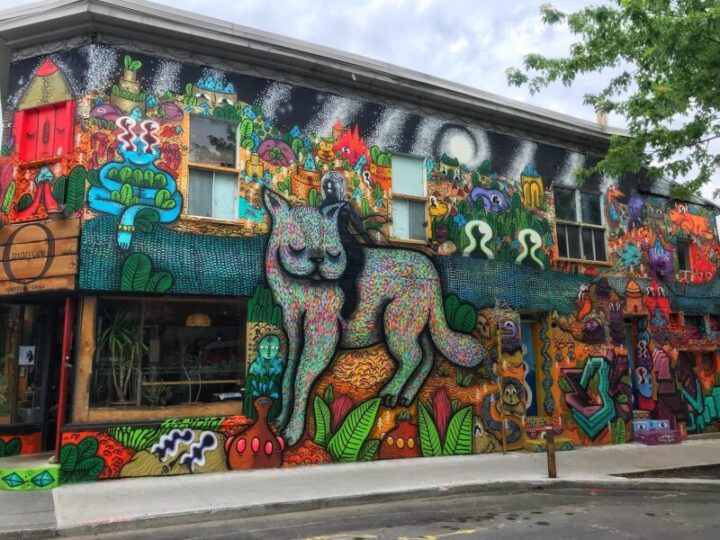