1. They have enough money to keep everything up-to-date, and everything is developing fast
2. Bigger skyscrapers may have been built elsewhere, but the twin Petronas Towers are still the real deal
3. Great food – the range of gastronomic options may be even more exciting here than in Bangkok
4. The city is big, but not oppressively big from a tourist’s point of view
5. A lot of great shopping opportunities (and cheaper than Singapore)
6. People here are humbler than in Singapore
7. At weekends the streets are quitter and friendlier
8. Interesting ethnic and cultural mix
9. The price-value ratio is good when it comes to restaurants and accommodation – no sky-high prices
10. Good public safety, and you don’t see too many suspicious-looking characters on the street
11. The Indian character of the Brickfields neighborhood (at least for those who haven’t visited India yet)
12. Good metro system which lets you reach the tourist sights quickly and easily
13. In general, the locals speak fairly good English, and are happy to help with directions

1. Not too many beautiful old buildings, and so aside from the super-modern designs, most of the city is made up of run-down apartment or office buildings put up 20-40 years ago
2. There are some noisy, overcrowded streets with very bad air pollution
3. Taxi drivers drive like maniacs, and try to cheat tourists by taking the long way round
4. A lot of really bad traffic jams, especially when it rains
5. Sightseeing is exhausting when it’s hot and humid, and it’s often foggy
6. Too modern, too many skyscrapers and too much construction noise
7. Pedestrians will ruthlessly barge you out of the way
8. Walking between sights often takes you through boring, anonymous districts with nothing to see
9. Air conditioning is used to excess here
10. There’s a lack of refinement and taste in the city – everything is too stressful and chaotic
11. Entry fees are expensive
12. The Klia express train from the airport to the city center is pretty expensive (55 Malaysian ringgit, or about $13 one way) though it’s true that the Skybus is only 11 ringgit 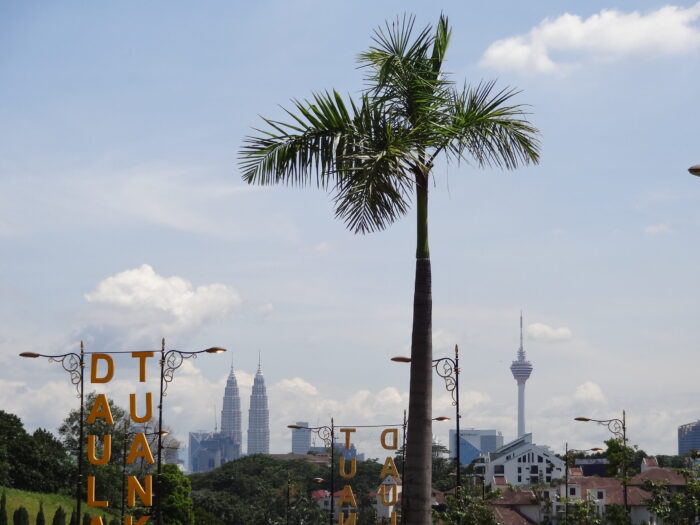 “Kuala Lumpur is the second friendliest city in the world (Vancouver is number one). I visited Kuala Lumpur a few years ago and experienced the kindness and friendliness of its inhabitants. I was a bit nervous about visiting a Muslim country, because who knows what could happen, but it was fine.

All the same, and despite the two towers from the Sean Connery film, I found the city pretty dull. I saw everything in three hours – the hop-on-hop-off bus was good for this – but the rest was a dud.

I did, however, want to try the world-famous laksa soup, which is a kind of coconut-milk curry soup, with all the tasty chicken and crab goodness I love. I failed to find anywhere selling beer on my forty-minute walk, and my morning coffee was a problem too since I didn’t get one. Only tea…

What made matters worse was that my trip seemed to coincide with some Muslim holiday weekend, and I struggled even to change money. At last, I found a little diner where they served laksa soup, cold beer, and even an espresso afterward. I was happy to devour the soup, but to be honest, it was nothing special – it’s the same sort of thing the Thais do better, just called a different name.

After paying, and the exchange of that prayer-like gesture where you put your palms together and bow, I headed out into the street and set off in the direction of my hotel. That’s when I heard a loud shout from behind me and turned to find three or four guys running towards me at top speed. At that moment I knew for sure I was about to be kidnapped and sold to ISIS or Al Qaida, to be released only on the payment of a huge ransom. Which wouldn’t happen, because I don’t have money for a huge ransom. Instead, I’d be murdered on some grisly video, to shouts of Allah Akbar. I’d be a nameless victim, a number so that some fanatic could get his 71 virgins and enter paradise.
When they reached me, I saw that one guy was holding my wallet. Smiling, he told me in English how glad he was he’d overtaken me since if he’d lost sight of me he would have had no way of finding me. He handed over the wallet, which contained about 1800 dollars, maybe 200 euros, a bunch of Malaysian money, and 20,000 Thai baht – not to mention my Visa and Mastercard. When I tried to give a hundred dollars, to thank him for his kindness, he rejected it with an exaggerated, laughing gesture of horror, then he and his friends hurried off.” (R.G., 2019)

“Book a GRAB instead of a taxi – it’s much cheaper. I’d also recommend the sightseeing bus, which stops at most sights, and the ticket can be used anytime within a 24-hour period. There’s also a free shuttle bus, which we only realized on the last day ☹ We took a trip with it, and it really is completely free! (There are very few European tourists) Some places we’d recommend are Jalan Alor (Street of Tastes, Bukit Bintang District) and the Chinese temple at Thean Hor, which is beautiful! (The hop-on-hop-off bus doesn’t stop here). Go to Batu Caves in the morning – it gets hot during the day. The Indian quarter is also great, we ate very well and cheaply there. Beyond this, don’t miss out on the many fabulous kinds of fruit! Kuala Lumpur is a fantastic place – we loved every minute!” (n.m., 2020)

“We took a taxi, as were on our way to visit Batu Cave, a Hindu pilgrimage site on the outskirts of the city. I had already read in several places the sensible advice to negotiate the price of the trip in advance, so you don’t get an unpleasant surprise at your destination, as the driver attempts to procure his entire weekly income from a single trip. It’s even better if you can persuade the driver to switch on the meter, but even when there’s a big sign on the rear door indicating that it’s a metered taxi, and that the driver is not permitted to accept anything above the indicated fee, they’re generally very reluctant.
I will add one more piece on useful information on the taxi front. There are several larger companies where in principle it isn’t possible to either bargain or switch on the meter. The idea is that you go to a kiosk to buy a ‘taxi coupon’. You tell the staff where you want to go, and they tell you how much it will cost. They print out a coupon, and you give it to the driver. We were able to get a coupon from our accommodation to Batu Cave for 23 ringgits. I gave the driver a three-ringgit tip when we arrived – there are still certain expectations of a gentleman traveler abroad.

I knew in advance that there wouldn’t be any kiosk to buy a coupon for the return trip, so that was going to require some serious bargaining with the cowboy taxi drivers at the cave. To the first offer of 40 ringgits I said something – I thought – quite funny, but the guy didn’t get it and let me walk away – he wasn’t going to drop his price. We set off determinedly for the exit, with the idea of waving down a passing cab heading for town, but we didn’t have to – there were a few unofficial drivers who offered to take us back for 25 ringgits. Of course, just for sport I tried to haggle a bit, with the aim of getting the price down to 20, but the Indian-looking gentleman said something to the effect of ‘yeah, anyone will bring you out here, but to get back you can only choose between a few drivers’. I realized that my bargaining position wasn’t necessarily as strong as I’d imagined, and so I accepted the price of 25 ringgits. Still, I didn’t give him a tip, so the more expensive trip turned out cheaper in the end.” (phica, 2019) 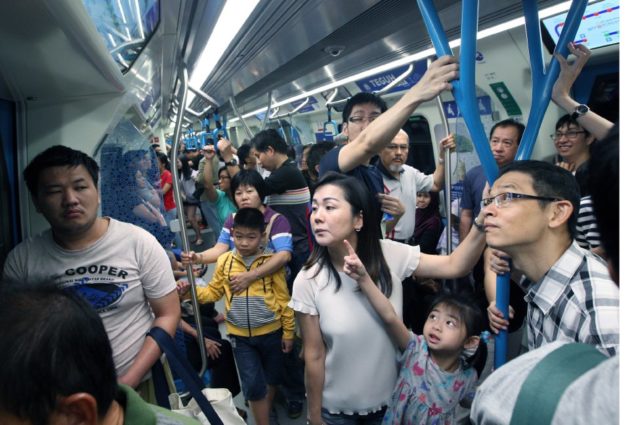 A three-course meal for 2 people in a mid-range restaurant:
18 USD 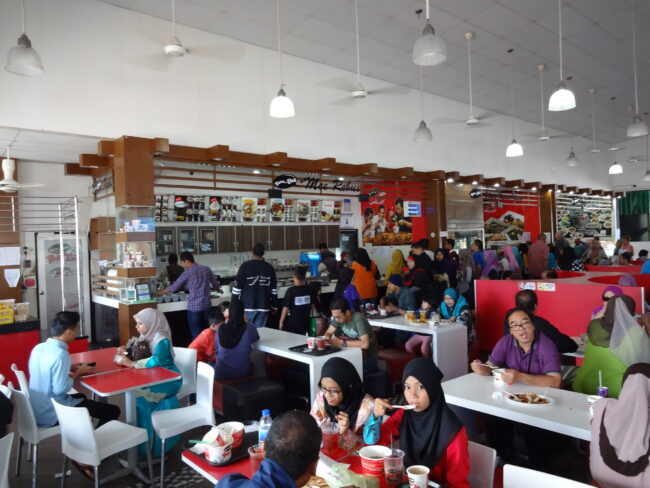 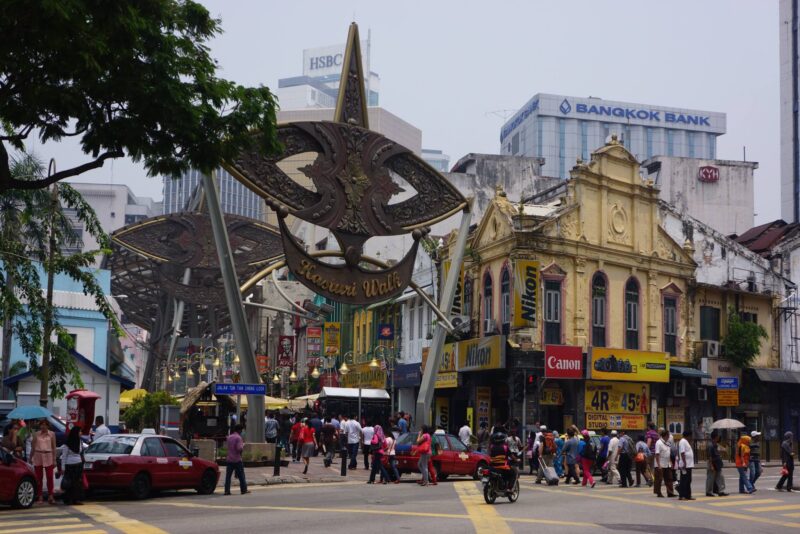 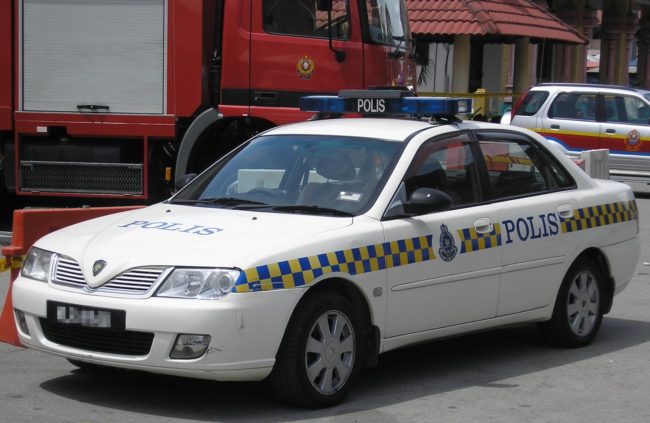 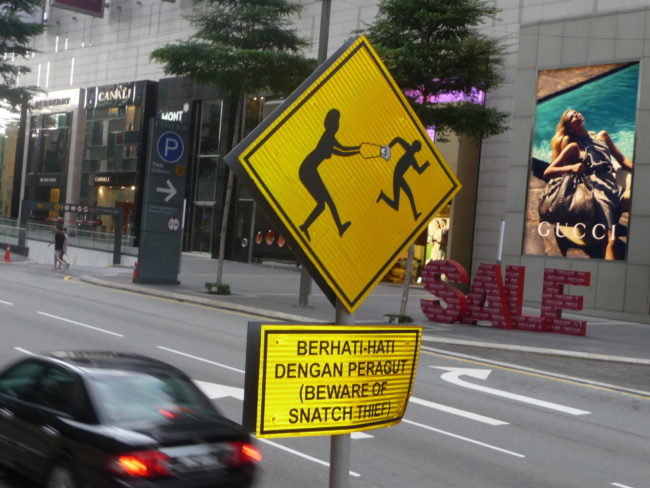 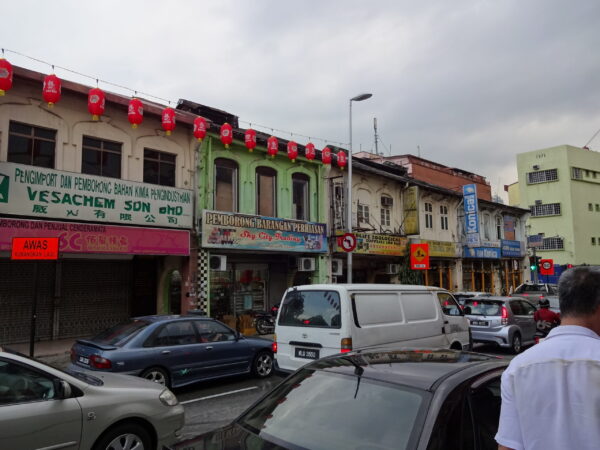 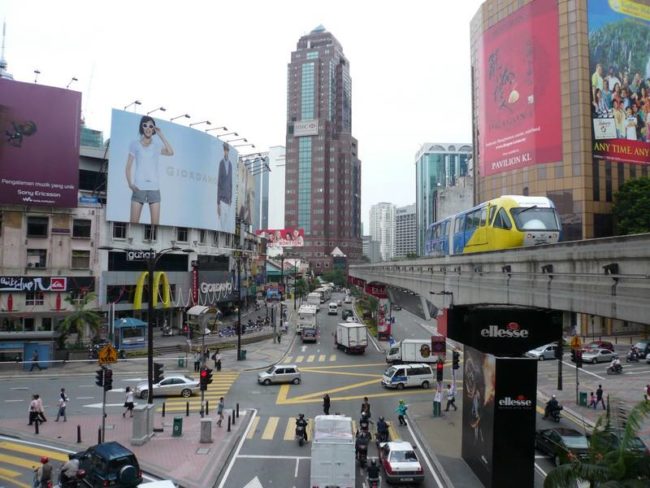 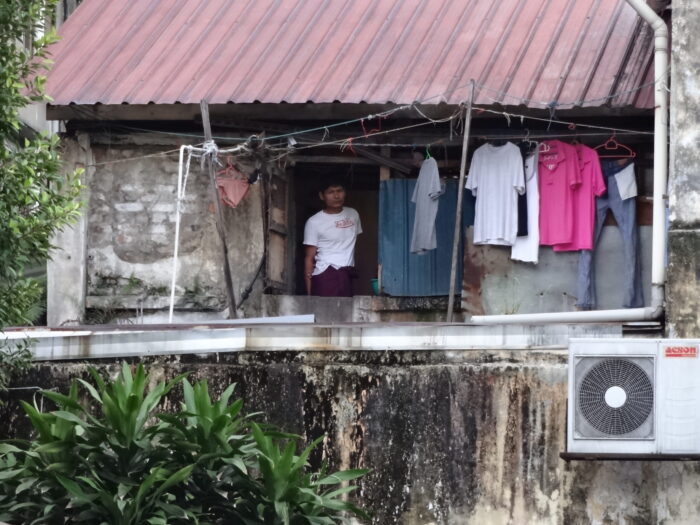 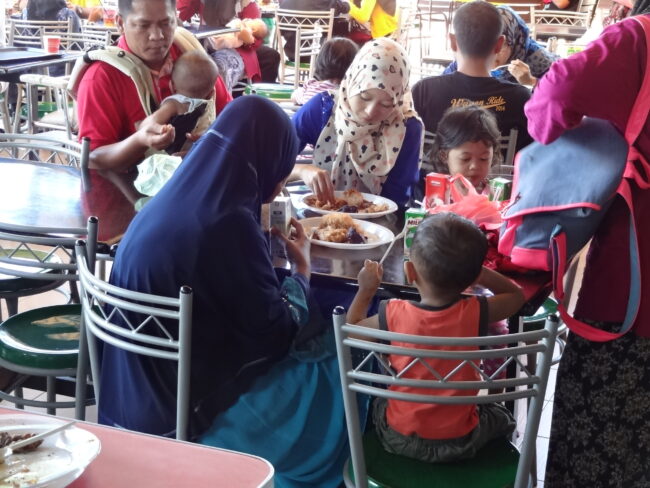 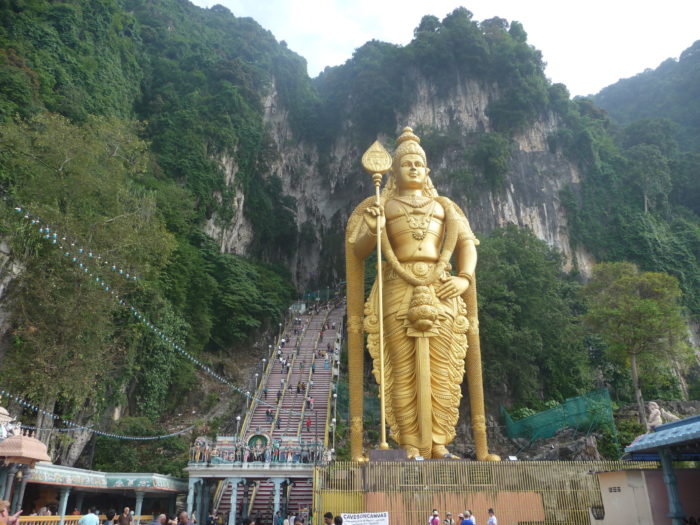 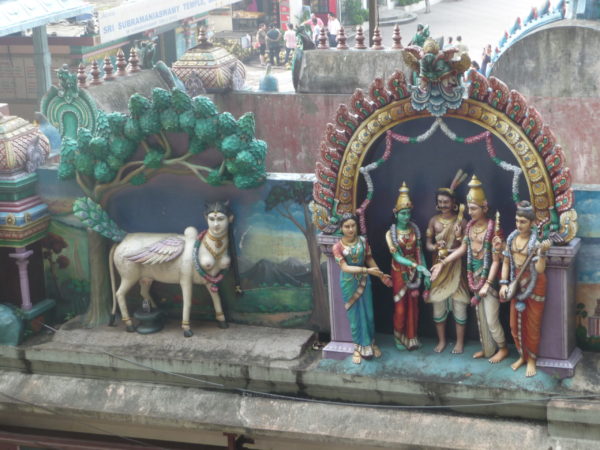 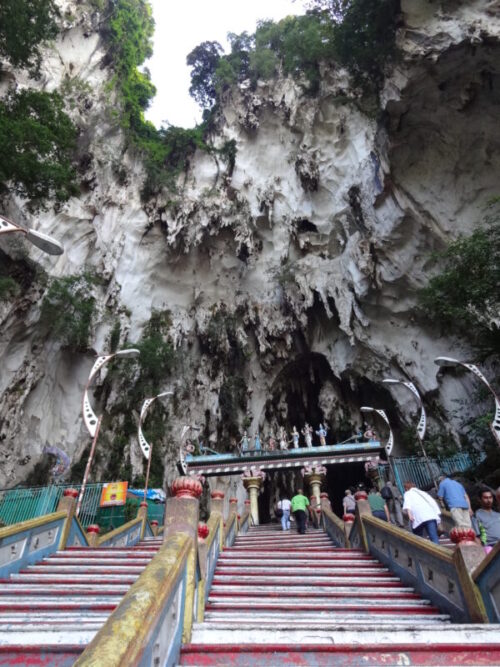 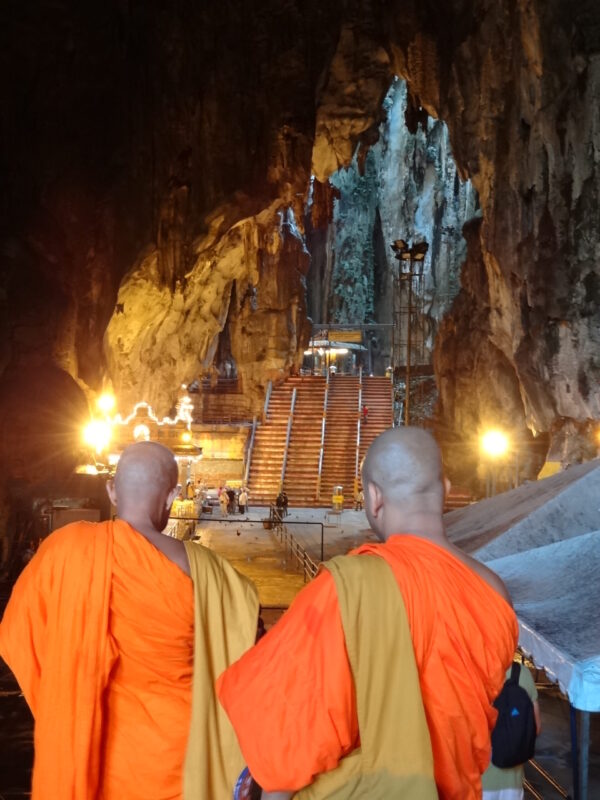 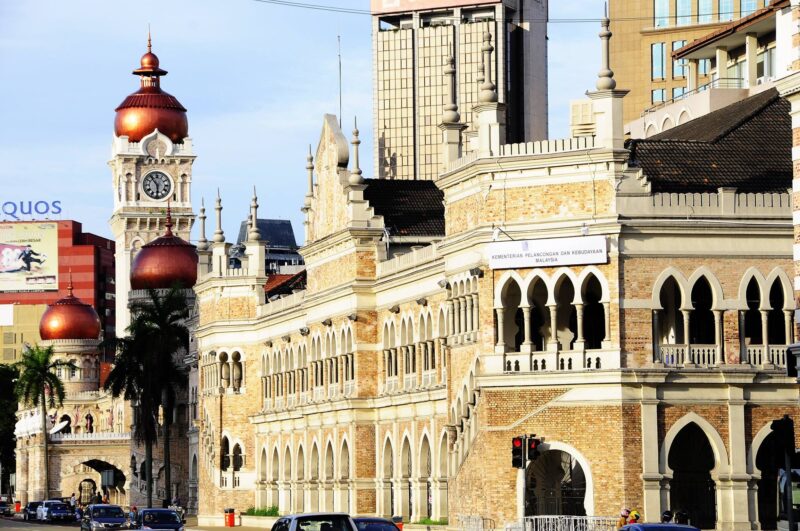 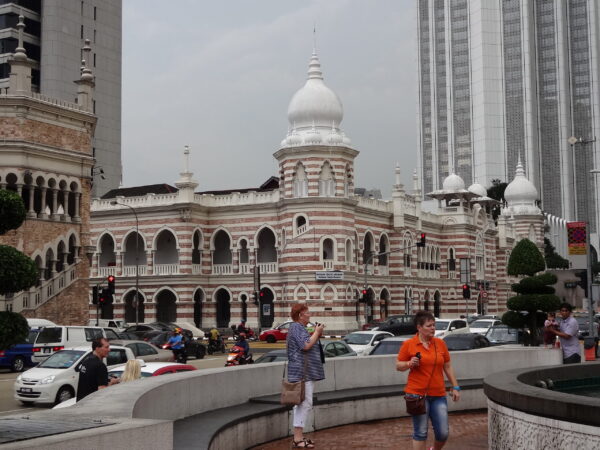 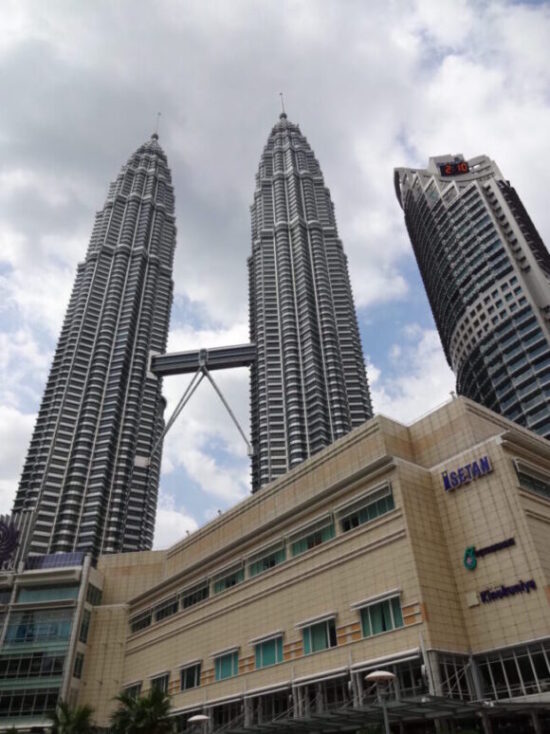 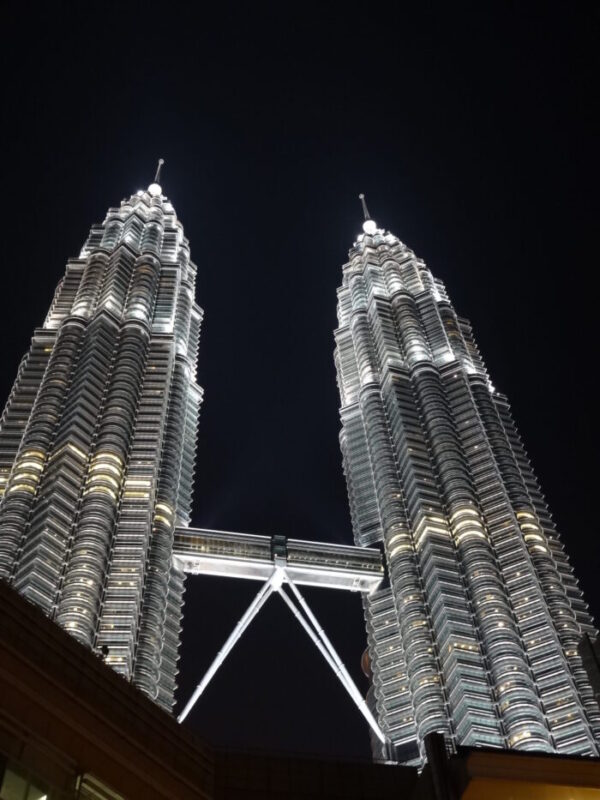 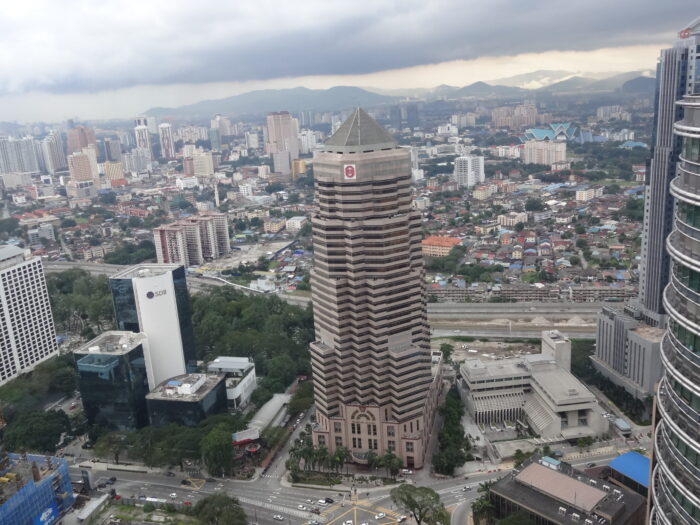 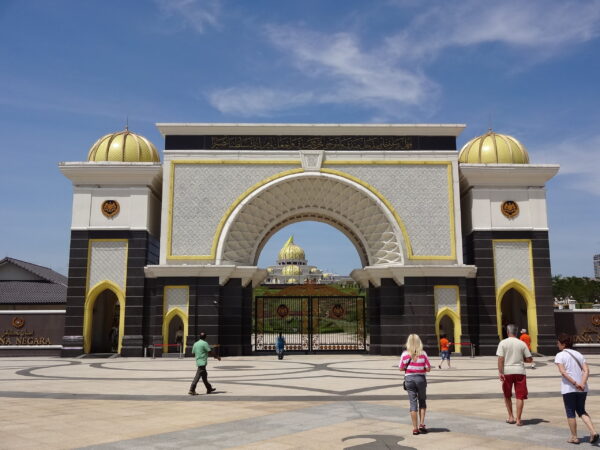 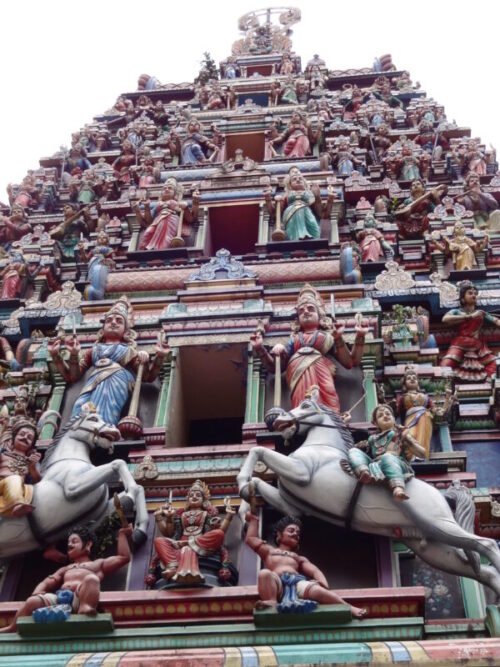