1. Well, there’s Angkor Wat, and that in itself is enough to justify a trip to Cambodia. Ta Prohm and the Bayon Temple are also spectacular
2. It’s cheaper, simpler, and less messy than Thailand. Cambodia is such a pleasantly laid-back place (except Sihanoukville!)
3. The Khmers (Cambodians) are less practiced than the Thais in the arts of fleecing tourists, and their friendliness is perhaps more genuine
4. You can see the potential for development everywhere
5. Siem Reap is a nice, easy-going city
6. The beaches are like Thailand was in the eighties
7. The tourists who make it to Cambodia are generally more interesting to talk to than most of those who visit Thailand
8. Sokha Beach, which is by far the best quality beach in the country, is a true private beach (the Sokha Beach Resort)
9. Public safety is basically good
10. The beach at Koh Rong
11. Nike sports shoes are extremely cheap here
12. Cambodia is at last visibly catching up with its neighbors

1. It’s true that it’s cheaper than Thailand, but the quality is also generally lower, and prices are increasing year-on-year, particularly, of course, in the tourism sector
2. In the hotels and other service places in Siem Reap, locals have already begun to treat tourists with disrespect
3. Outside of Siem Reap, Phnom Penh and Sihanoukville, tourist infrastructure is extremely weak
4. The public roads are in poor condition (often just dirt trails), and nobody obeys any driving rules (motorcyclists in particular are maniacs)
5. A lot of dirt and dust in many places, with run-down, trash-filled towns, districts and streets. There are few sidewalks, and poverty is ubiquitous
6. It’s terrifying to think what this country went through in the twentieth century – you still see legless or one-legged victims of minefields
7. Cambodian cuisine does not use enough spices
8. The dirt in Phnom Penh, the child beggars, the crazy tuk-tuk drivers, the many conmen who specialize in fleecing tourists, the inescapable street vendors at tourist attractions, and the tiresome necessity to haggle over every purchase
9. Laid-back and easy-going is all very well, but it can easily morph into lazy indifference and irresponsibility, which is irritating for tourists
10. Very limited public restroom facilities, as the roadside bushes can testify 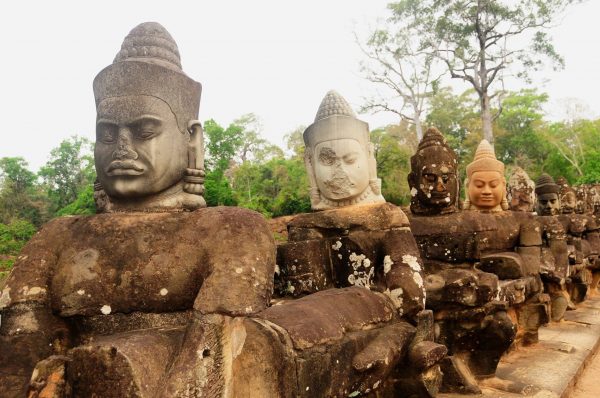 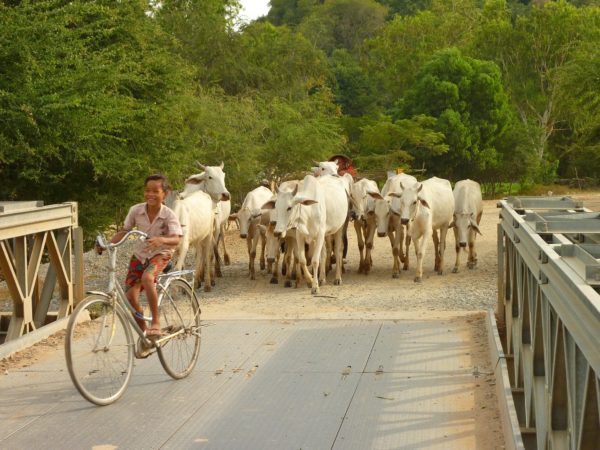 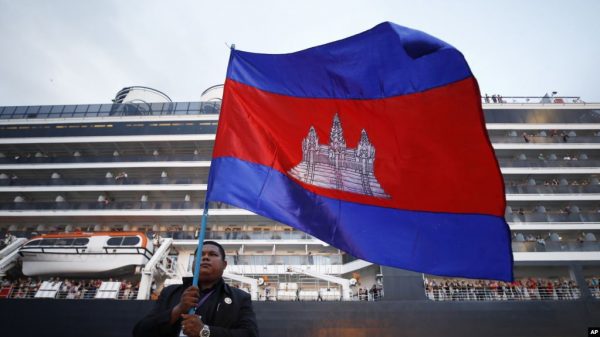 Cambodia - national flag with the white depiction of Angkor Wat in the middle - That is one of two national flags in the world that consists of the image of a structure; the other is one of Afghanistan.

Cambodia, a kingdom, is a South East Asian country, part of so-called Indochina (with Vietnam and Laos). Cambodia’s neighbors are Thailand (north and west), Laos (north) and Vietnam (east and south). Cambodia has a coast on the Gulf of Thailand.

Population: 16.6 million (2020) - Around 50% of Cambodia’s population is younger than 15 years old! The population is ethnically very homogenous (96% Cambodian).

Religion: Buddhism is the state religion

Language: Khmer is the only official language

Although French was the dominant foreign language in Cambodia for a long time, English has by now replaced it. Street signs in the country are usually bilingual, written in both Khmer and English.

The Khmer alphabet is unique, and considerably more complicated and difficult than the Latin one.

Cambodia is one of the fastest-growing economies in Asia, with an average growth rate of more than 6% in the last ten years.

Birthdays are not celebrated in Cambodia, and older people often do not even know their date of birth.

In Cambodia, a person’s head, the highest part of their body both physically and spiritually, is considered sacred. It should never be touched by visitors (even children’s heads!), even if it is done in a kind and loving manner.

Cambodia is a safe country for tourists. Health and hygiene conditions are quite good, but not as good as in Thailand. Cambodians have insane driving habits. As a result, Cambodia’s streets are like a lawless land.

Cambodian leader Pol Pot, who came to power in 1975, is considered to be the most notorious war criminal in modern times (after WW II). More than one and a half million people died under his leadership of the Khmer Rouge regime.

Cambodians believe that counting a gecko’s chirps will tell you whom you will marry. The first chirp means you’ll marry a bachelor, the second chirp means a widower, the third chirp is a bachelor again, and so on. Keep counting until the gecko stops.

The method by which geckos count human singing sounds, and their purpose, has not yet been revealed. 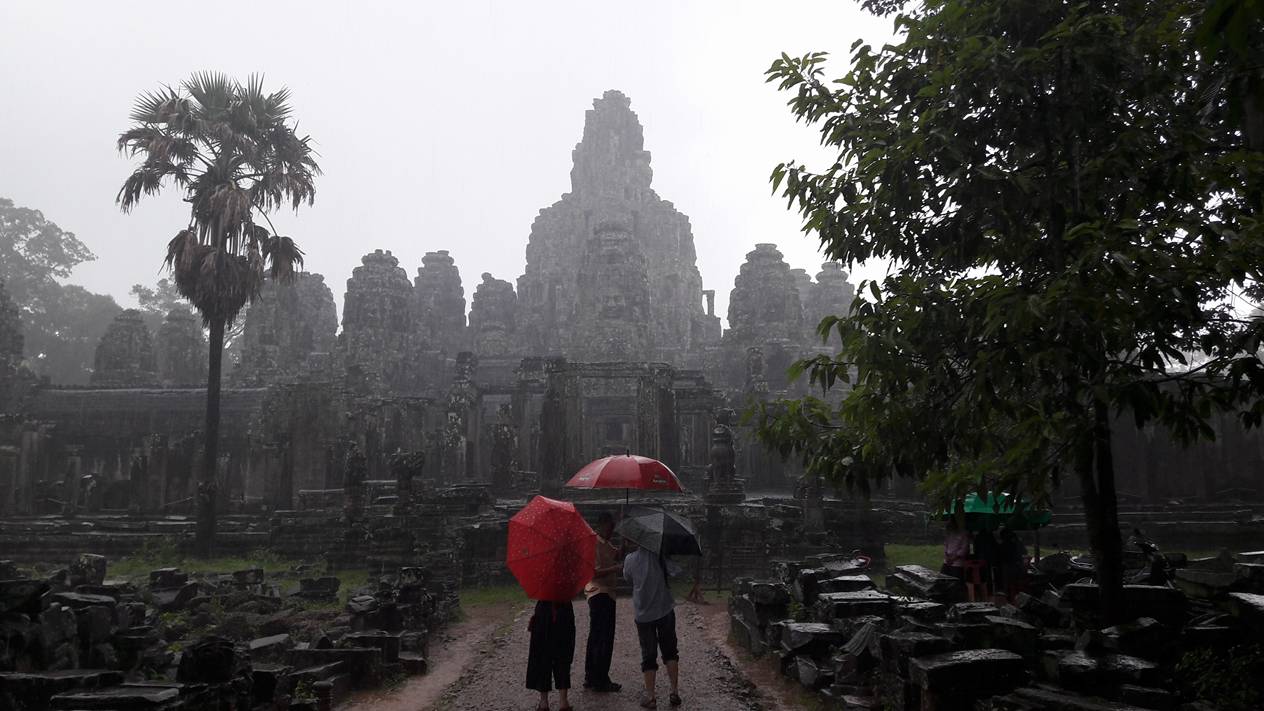