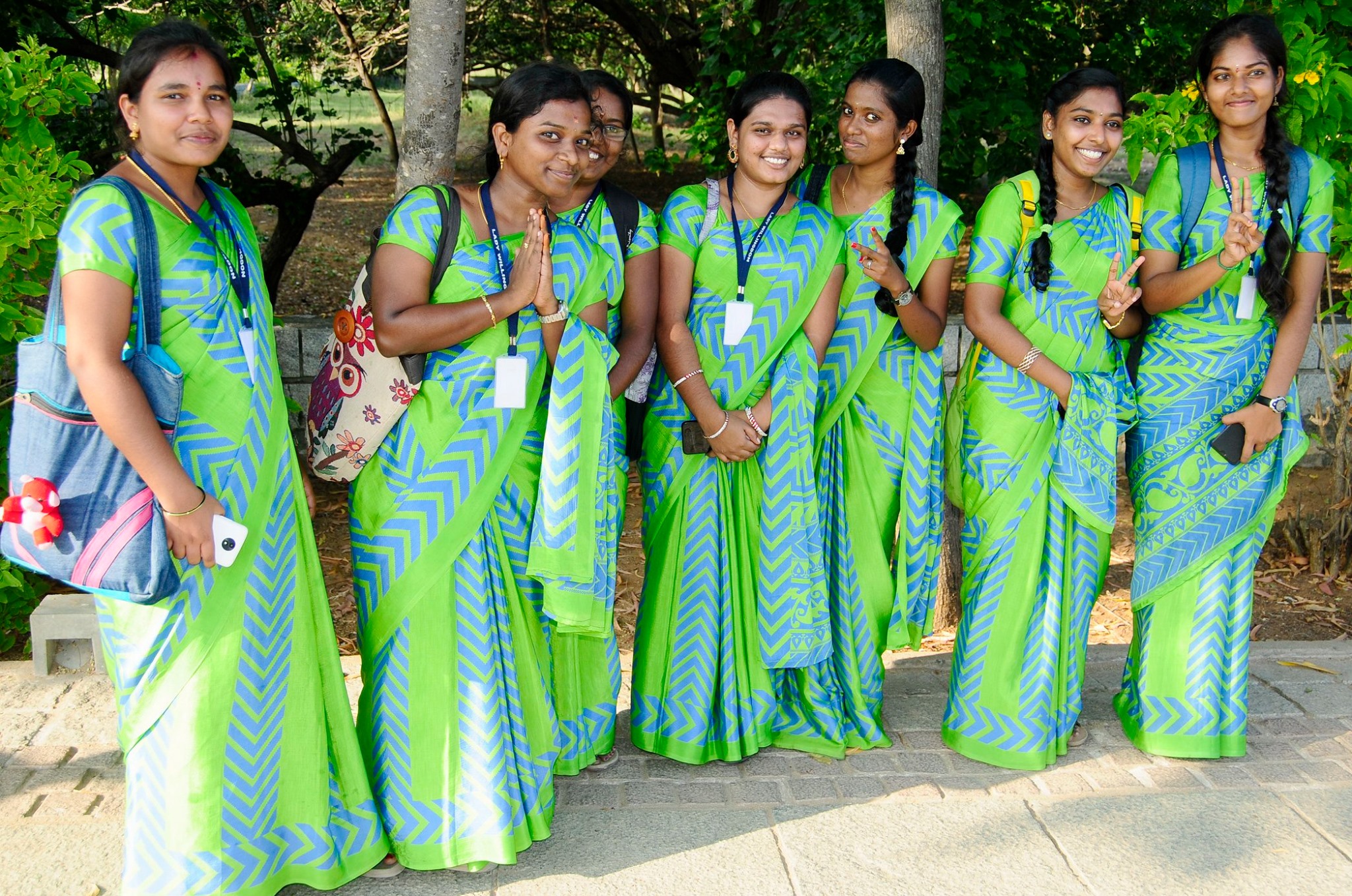 1.    We liked Mumbai (Bombay) a hundred times better than Delhi
2.    The caves of Ellora and Ajunta with their fragmentary murals, plus the everyday life of nearby,
non-touristy Aurangabad
3.    All those moments when we smelled pleasant smells instead of stink
4.    Many interesting conversations with merchants when they invited us into their shops (their
commercial motivation didn’t bother us in the slightest)
5.    The lively colors (e.g. the colorful saris of the women)
6.    The food, especially the sweet pastries
7.    Spending the night in some heritage hotels
8.    The stupendous wealth of cultural heritage and monuments
9.    The cult of relaxation and purgation ceremonies
10.    The wonderful beaches in Southern India (like the popular Varlaka Beach in Kerela, where you
can swim with the locals 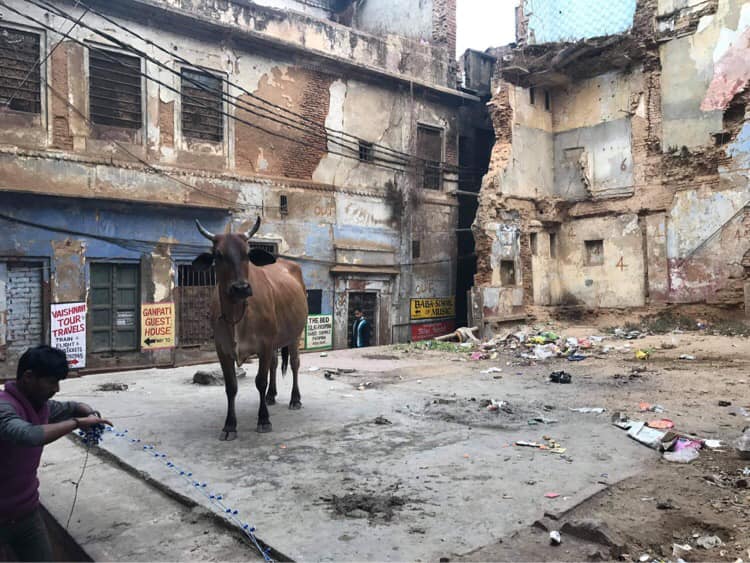 1.    You quickly get tired of Delhi – the street crowd is depressing, as are the many pickpockets
2.    Stepping over the miserable homeless people at the entrance of the main railway station in
Delhi every morning
3.    I have visited 131 countries, and only had indigestion here and in Egypt
4.    Seeing those tired, sad, enervated faces
5.    Constantly stepping in cow shit by accident, and it’s awful to see sick cows covered in sores
6.    The lack of public toilets
7.    Huge crowds at all the must-see sights, and the deafening noise everywhere in unpleasant
8.    I confess with regret that I was not that impressed by the Taj Mahal – maybe my expectations
were too high
9.    The misogyny prevalent in Indian culture can make the visitor wary of Indian men
10.  Calcutta was terrible – crazy crowd, bad atmosphere and safety concerns

“Anyone I spoke to who had already travelled to India said it was going to be awful, and that I should prepare for the worst. The fact is, I wasn’t too enthusiastic about going there in the first place, and these opinions only added to my misgivings. Too late to turn back now, though, so I went. Unfortunately I didn’t have much time to spend in the country, and the places I did see were generally quite touristy. What’s more, everything I’d been warned against I saw and experienced with my own eyes. BUT, the situation isn’t actually so straightforward – yes, there’s dirt, rubbish, and inconceivable poverty. Yes, people can be rude and aggressive. But still there’s some quality to the country that helps me understand why so many people love to travel here, kind of charm which is difficult to express in words, and which someone either is or isn’t susceptible to. If someone isn’t captivated by this charm, then I suppose they’ll hate every minute of their time in India.

“India is a vast, amazing country, with culture shocks around every corner, and as many opportunities for wonder. The first few weeks were extremely difficult, as we found it difficult to really give ourselves over to the experience of India. It was like a huge, dense swamp in which we could never lose the fear that at any moment it might simply swallow us up. Add to this the billion people, the non-stop chaos and the general lack of rules and boundaries, or even guide rails. I never knew where, how, with who, and, most of all, for how much? For those who love the long and complex art of bargaining there’s definitely a lot of fun to be had, but for those of us who experience only doubt and insecurity in haggling it just becomes an arduous, tiring necessity. At last, however, we did get used to it, and I might even say that by the end we were beginning to feel quite at home.
We fell in love with India.” (2016)


“It’s difficult to write about India without being overwhelmed by emotions. I never had much desire to travel there, but somehow a trip came about, and I certainly don’t regret going – if I’d been much older than I am I don’t think I’d have coped. Let’s get one thing straight from the start: India is about as dirty, gross and unhealthy as you could possibly imagine. Delhi is just about the most disgusting city I’ve ever seen, and I wouldn’t recommend it to anyone. On the other hand, the country’s architectural heritage is so fantastically rich that I could never discourage anyone from visiting India.
One lifetime would be too short to see everything India has to offer. India has about as many states as there are days in a month, and I’d estimate that each one would require at least a month to really get to know it.  In my opinion, a short trip to India isn’t enough for anything, and if you just want to see the Taj Mahal and go home then it probably isn’t worth visiting India in the first place. The tourist sights are probably closest to each other in Rajasthan, so if you only have ten days or so then go here, and don’t try to fit in too much.”


“Would I ever come back? No! I saw everything I wanted to see. I’ll never be one of those India-lovers who go on about how magical and enchanting it is, etc. Unfortunately, I could never get over the dirt, overcrowding and total obliteration of nature. I don’t like the people, don’t like the climate, and in fact don’t like anything except the fabulous buildings (around all of which is an unimaginable sea of trash and dirt) and the food. Goa is gorgeous, but Sri Lanka is a better version of the same thing.” (2016)

“Anyone who’s actually been to India, and doesn’t simply know it for its cuisine, its love prayers, and the vegan yoga class at the local gym, knows that in spite of, or in conjunction with, all the magical moments, fascinating history, and the simple, exhilarating strangeness of the place for an unfamiliar foreigner, India can be a pretty hateful trash pit as well. European women are stared at in India, and blonde or red-headed women may even find people grabbing at their hair. Also, let’s be under no illusions: not all the Indian guys who want to take photographs with a Western woman do so because this is a novel and interesting aesthetic experience for them, but so they have something to think about in the boring minutes after going to bed.
At any moment in India you might be accosted by an aggressive, leprous beggar who has lost all ten fingers, and even in big cities you’ll be wading through knee-deep feces in many places. There is so little understanding among Indians of why they shouldn’t litter that trash cans now have basketball hoops over them, in the hopes that people might start to use them as a game and learn that way.
So, true story, sometimes the tuk-tuk drivers band together, and refuse to take you anywhere at a normal price, just because you’re white, and sometimes a soldier will give the tuk-tuk drivers a slap round the head in front of you, to please you, just because you’re white.” (2018)

In general, in India, trains and buses rarely follow the timetable, and delays are common. As for train travel, for safety reasons, we recommend a trip to higher comfort classes.

We advise you to arrange train tickets well in advance, as often all seats are quickly sold out. At larger stations, there are cash register windows where only foreigners are served.

In India, it is a basic rule that before you get into a taxi or rickshaw, agree on the price in advance. Plus: always have some small change with you to pay the exact amount; otherwise, you may get into a conflict situation despite the prior agreement. 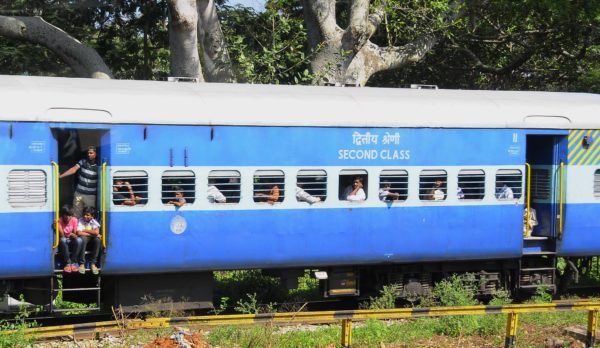 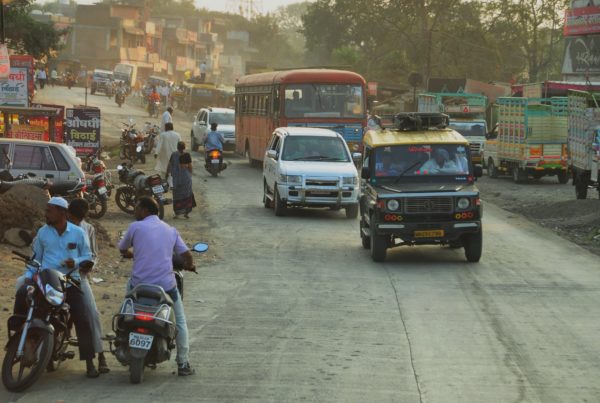 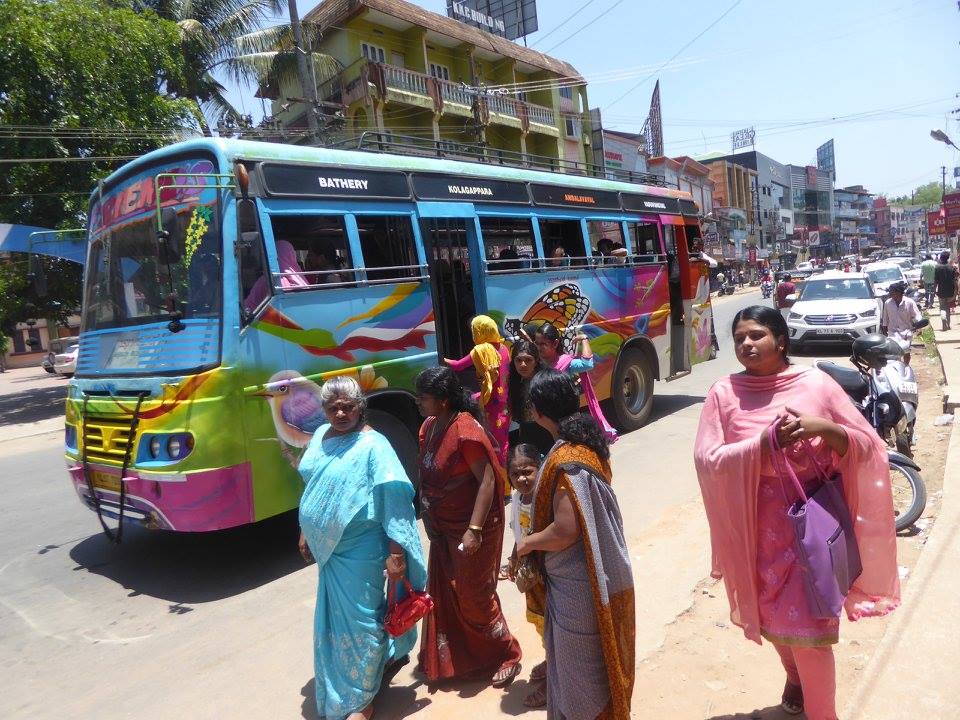 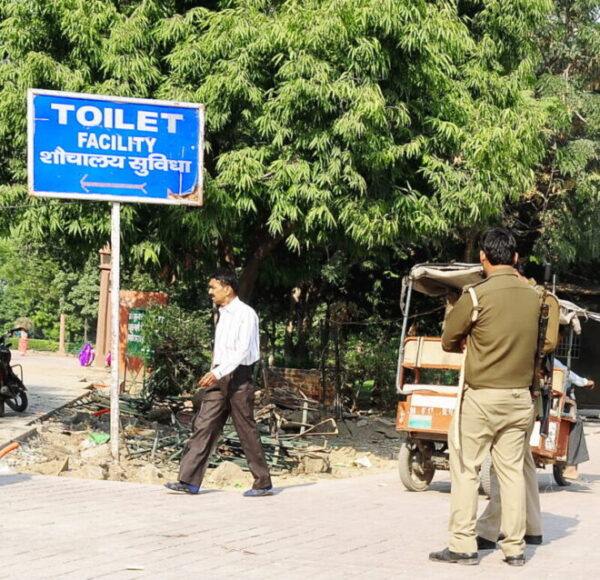 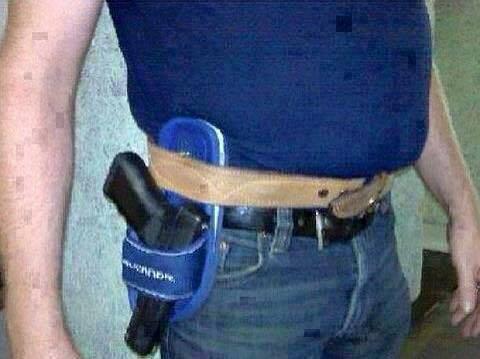 "I didn't go anywhere without a damp cloth. In addition to hygiene, it was very helpful to be able to wipe the dust off my face and hands sometimes, plus it was refreshing in the great heat."

,, How could I resist local food? I had to taste everything, but I knew it was going to end badly. I was pre-equipped with Imodium, carbon tablets, and vitamins." 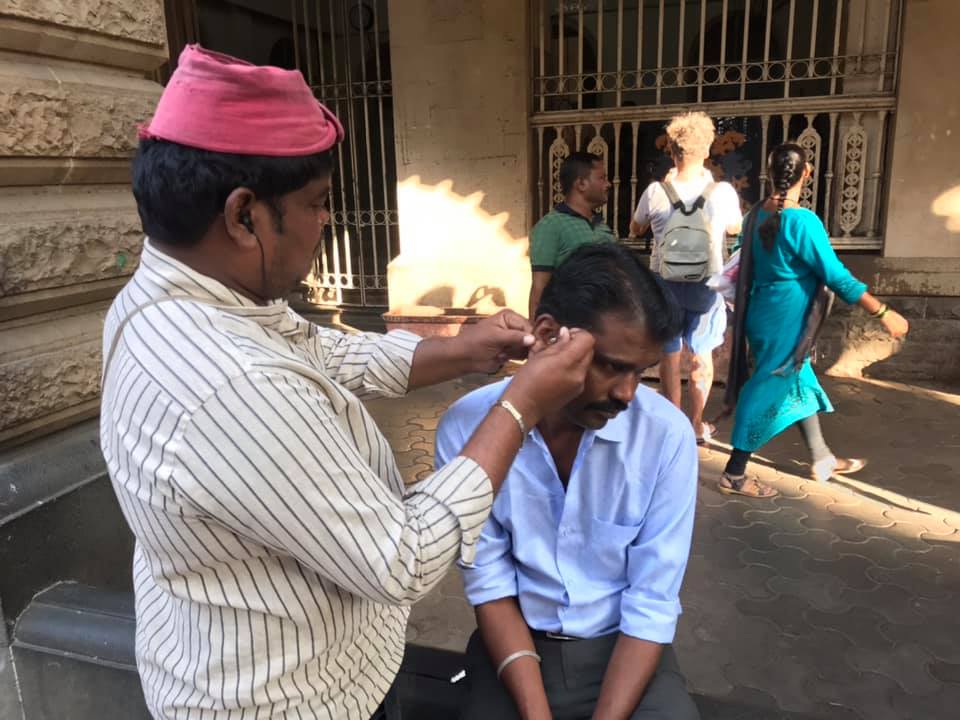 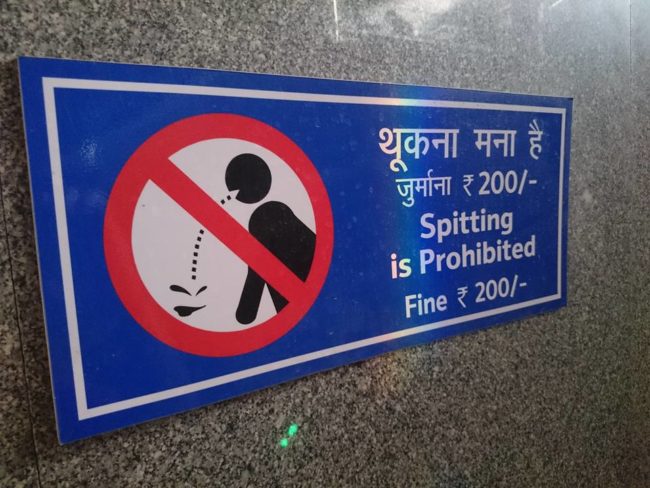 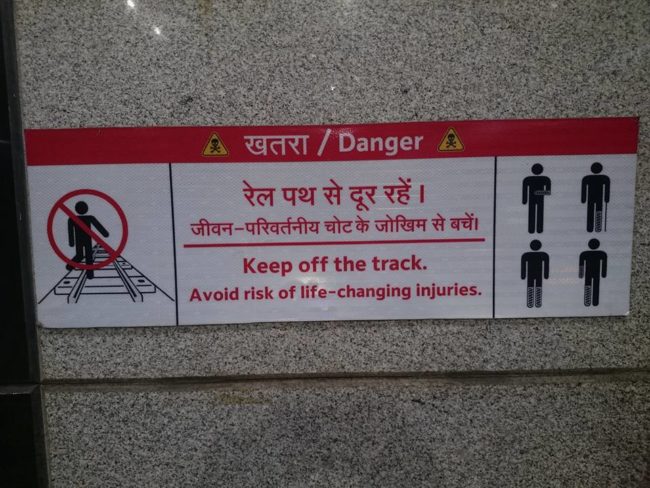 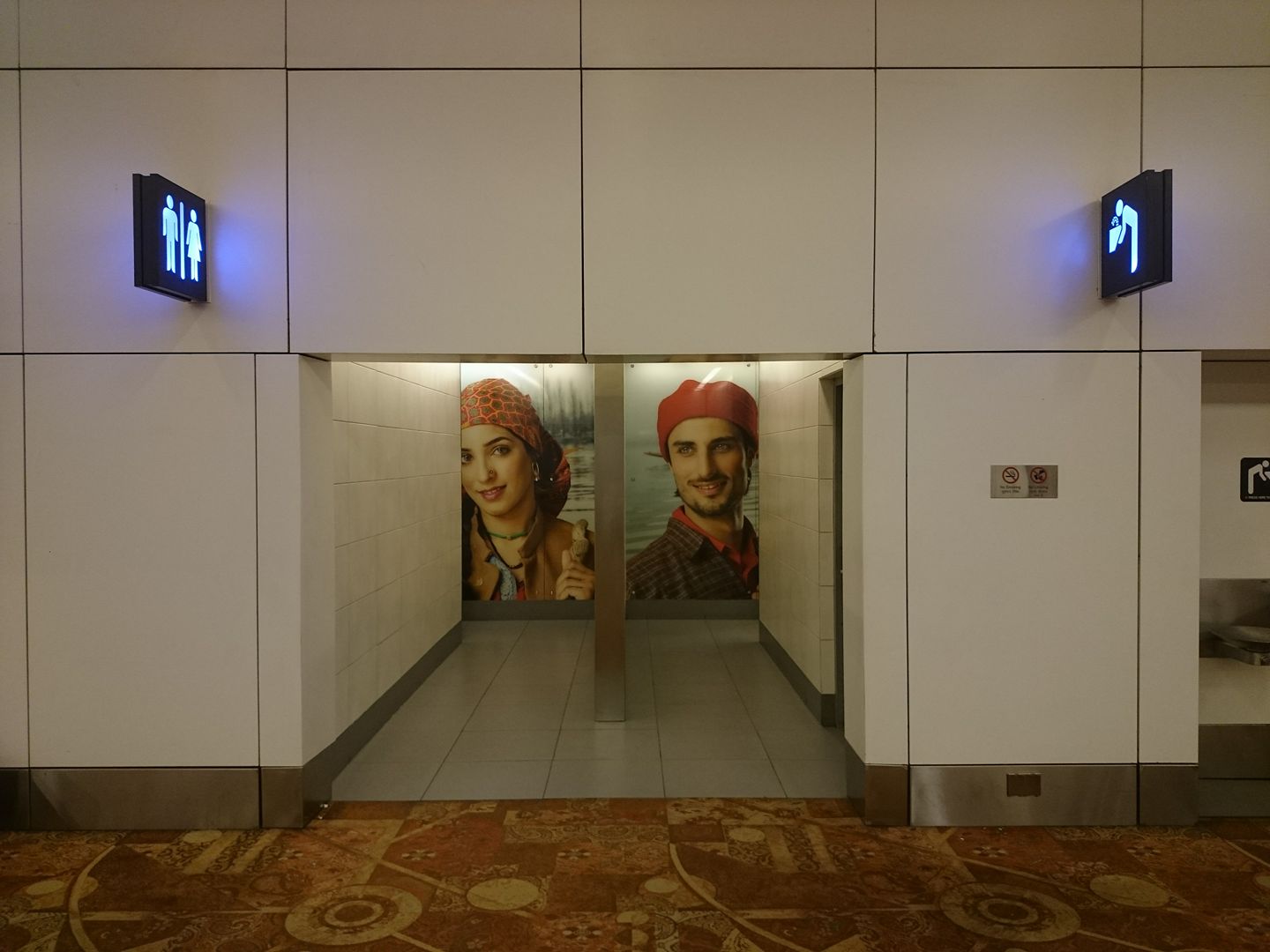 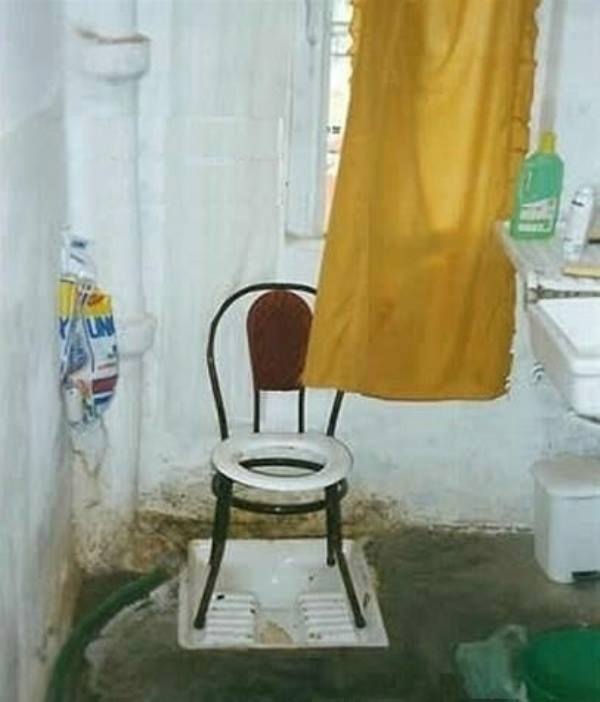 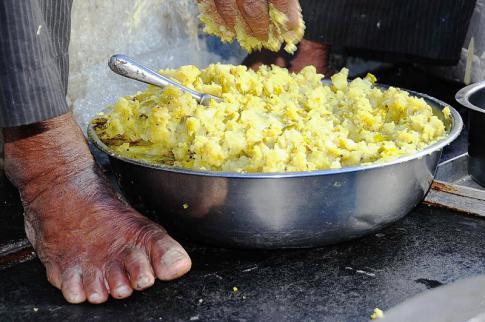 India - We are allowed to have some hygienic concerns. - Elter photo

1. “I still don’t understand how I managed to avoid the cow crap up to that moment. My attention wandered for a second, and then I felt the warm ooze embracing my feet. I hopped all the way to the shower, and when I got back, the sandals were immediately disposed of. After that I tried to dress in an ideal Indian outfit: covered legs and shoulders, and with closed shoes, to protect against the above-mentioned risks 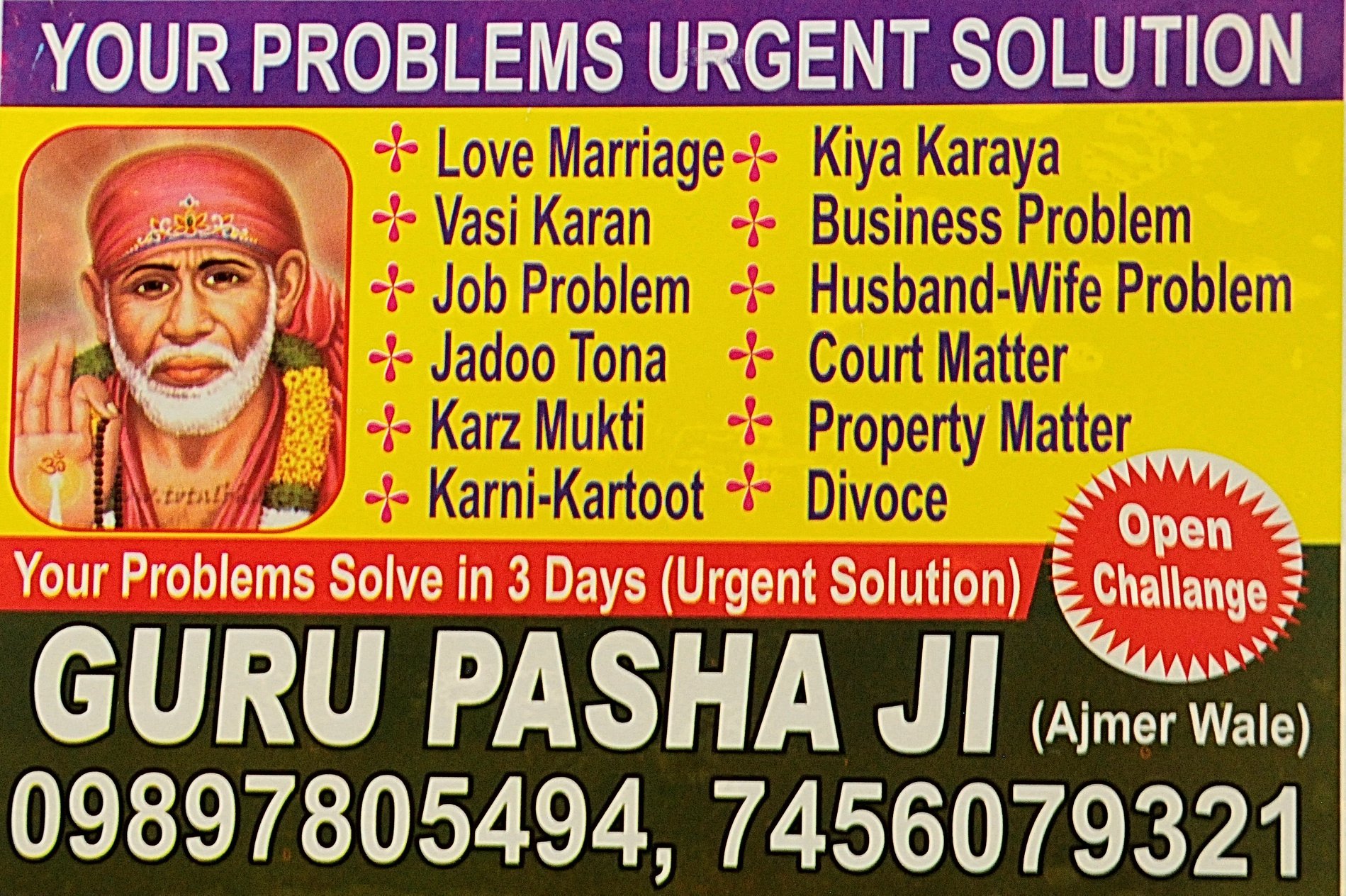 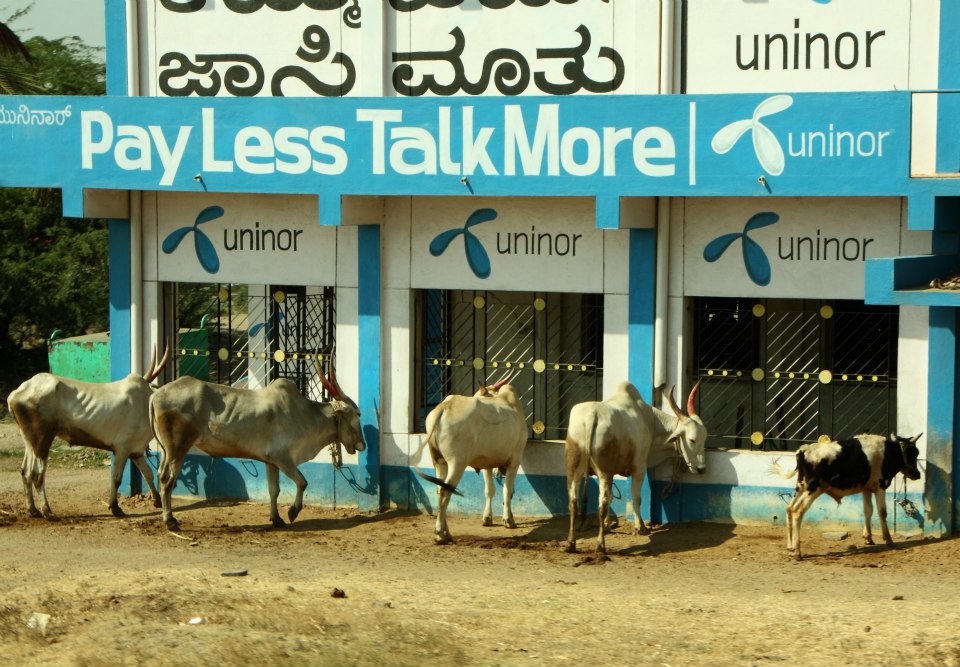 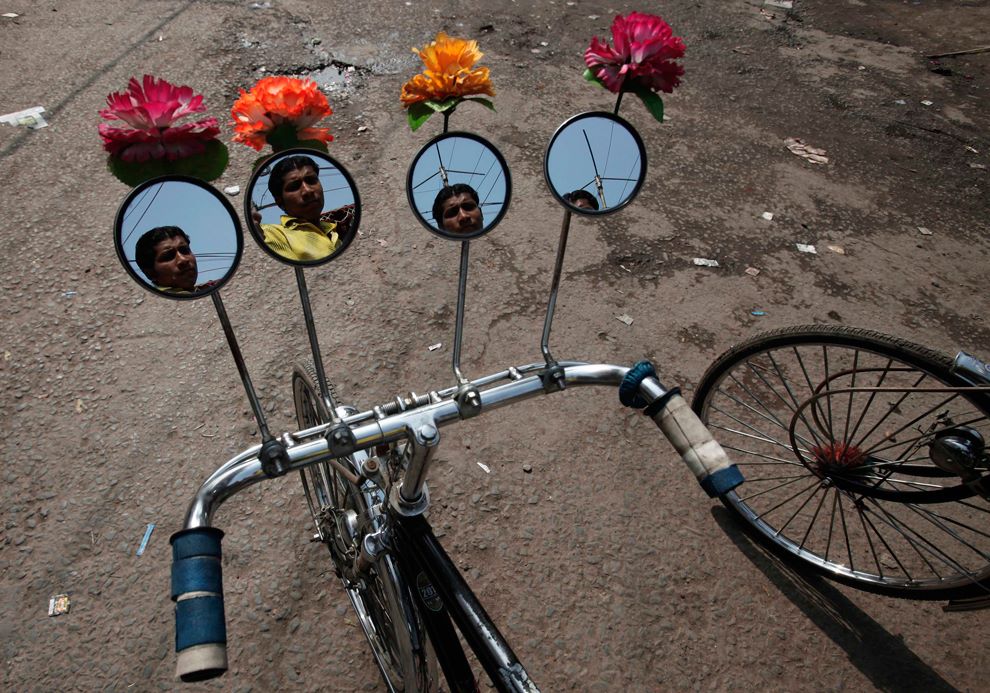 India - national flags - In the middle of the white is a blue wheel, which is called the Ashoka Chakra - भारत का राष्ट्रीय ध्वज

Population: 1,373 million (2020), the second most populated country in the world (China being the first)

Even though English is an official language, only about 10% of the population speaks fluent English. (India was a British colony until 1947)

India is a federal republic with 29 states and six union territories.

In India, age, social standing and hierarchy play significant roles in everyday social interactions. Elderly people enjoy profound respect and superiors expect to be flattered by their subordinates. The caste system and its practices have been outlawed but they survived in many ways.

Indians are very proud of their rich cultural heritage. Europe is very much respected while feeling superior to many South Asian people.

More than a million Indians are millionaires, yet most Indians live on less than two dollars a day. An estimated 35% of India’s population lives below the poverty line.

In India, driving is on the left side.

About 30-40% of the population is vegetarian.

Cows can be found freely wandering the streets. They are considered sacred and will often wear a tilak, a Hindu symbol of good fortune. Cows are considered one of humankind’s seven mothers because they offer milk, as does one’s mother.

Public safety (2020): India is relatively safe for tourists. The most common types of crimes are theft, armed robbery and rape.

“My (female) friend was harassed in Delhi, not just verbally, but physically (she was groped). The kind of men in India who do that are sly, they only do the groping in a crowd. If that happens to you, do not hesitate to hit the guy, they are cowards and luckily the police will help you if they can since you are a foreign tourist.”

Tourists are frequent victims of many types of scams.

The best timing to visit India depends very much on what is included in your itinerary. For the Golden Triangle, the best time is October to March (the weather from May to June is too hot there).

“Indian women are amazing. It’s already impressive enough that they can take a few meters of textile and wrap it around themselves in such a way that it becomes a poem in cloth – and all without a single stitch. And with what dignity they wear it! Just like their lot in life. They can maintain that posture – chest straight and chin proudly pointed – even when balancing a heavy load on their heads, or when they kneel on the concrete by the side of the road, washing their laundry by hand, or even sitting on the back seat of a motorbike, gracefully sidesaddle behind the male driver. Tucked away under their beautiful, vivid saris, they enliven and beautify even the dullest, grayest parts of the country. As bright points of color, they turn many Indian scenes into something reminiscent of an Impressionist painting. 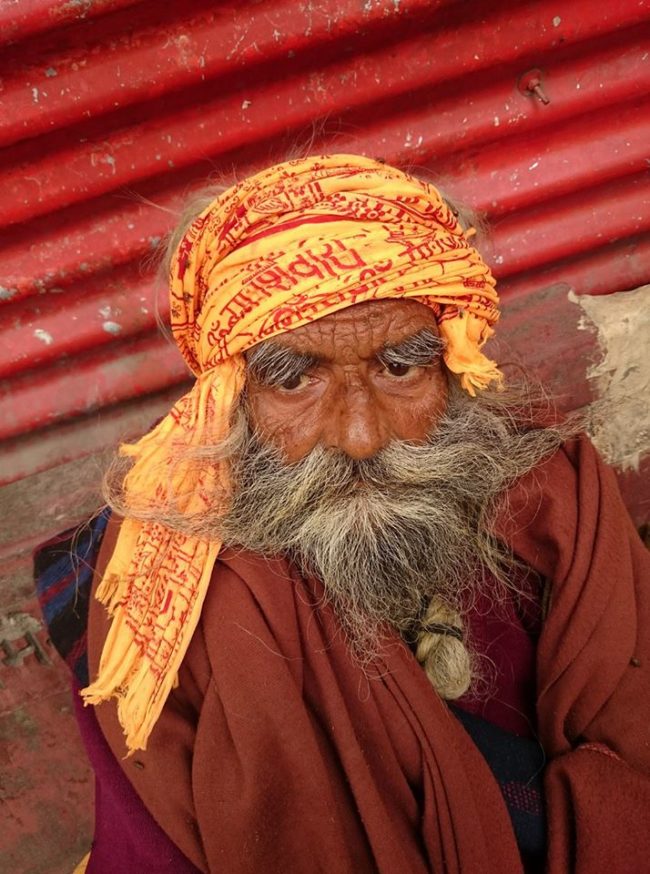 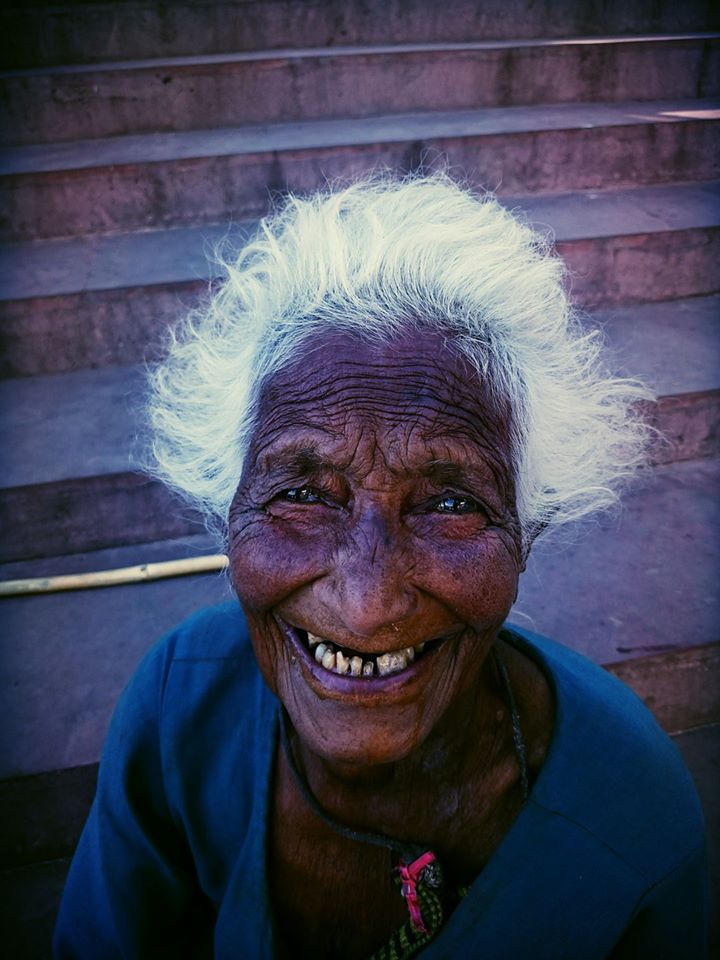 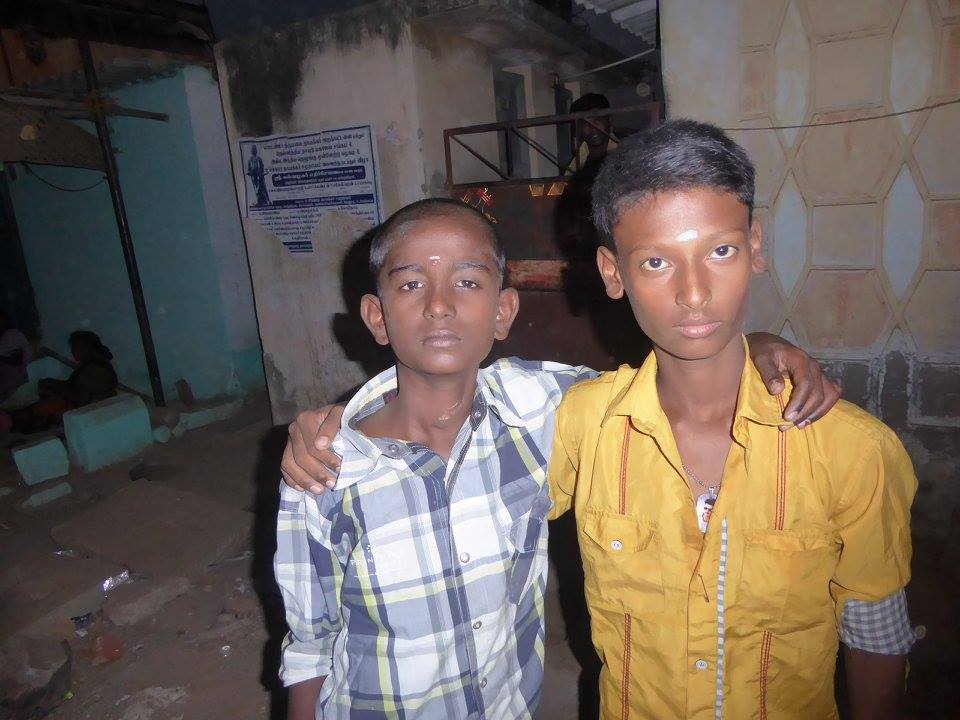 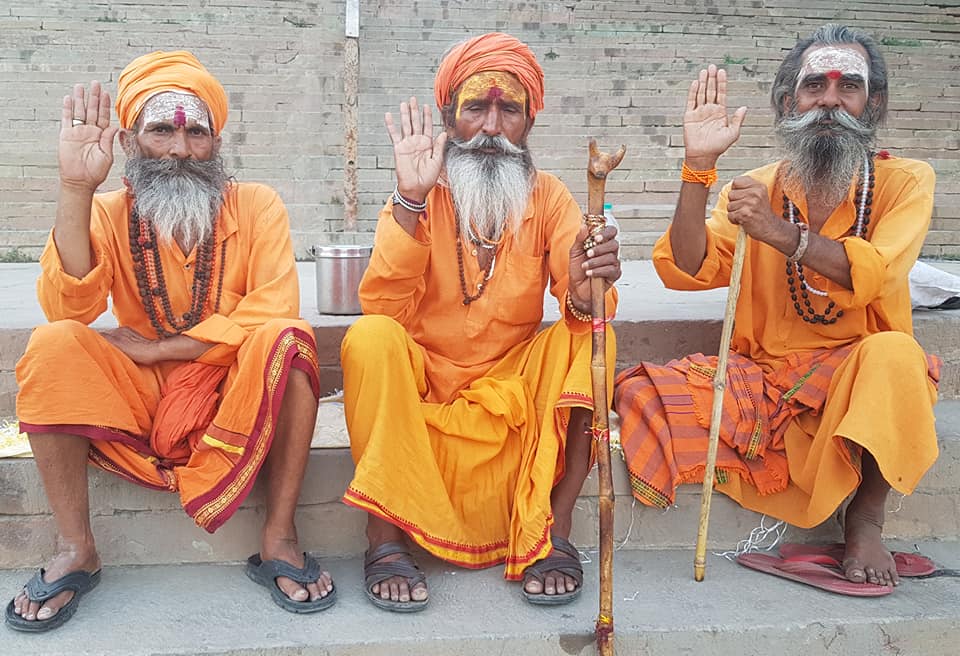 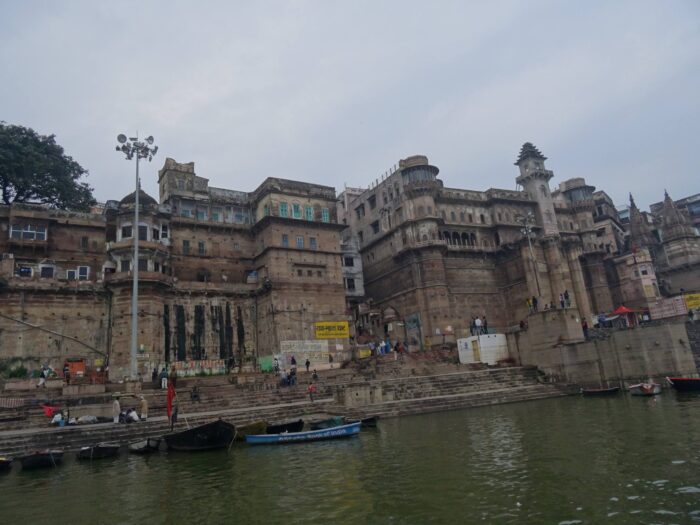