2. Balloon ride over the mountains and temples for 20 USD only

3. The Preak Khan temple with the spectacular roots of its two trees

9. Kampong Phluk Floating Village (one hour away from Siem Reap by tuk-tuk)

1. Jostling on the top of Phnom Bakheng - too many people watching the sunset on a small space - a disappointment

3. The disrespectful behaviour of some Chinese tourists

4. Lack of proper information signs within the area

5. The con artists (e.g., fake monks) contributed to earning the nickname Scambodia for their country.

7. I deplore the elefant rides 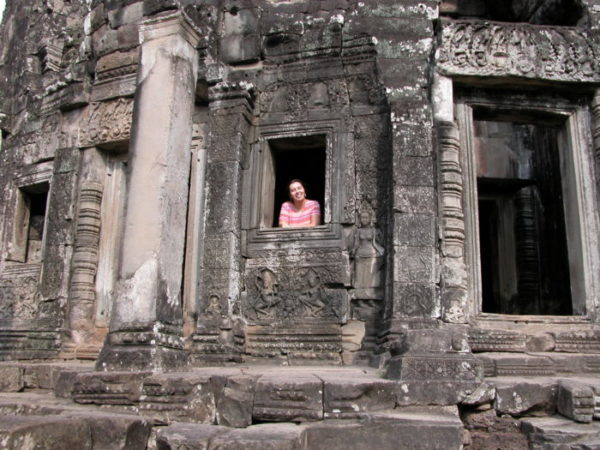 I’d like to emphasize the kindness of the Cambodian people, and the fantastic value for money of Siem Riep (the city that serves visitors to Angkor Wat), as well as the beauty of Angkor’s ruins. Finally, there’s also the sense of freedom which both Angkor and Siem Reap impart. You can clamber about anywhere, and try anything (even pizza topped with mind-altering substances…) This is truly a place where you can follow your heart’s desire, where everything is cheap, and the landscapes are gorgeous.

There are plenty of accommodation and eating options to choose from, and you could easily spend a day exploring the park and the ruins of Angkor Wat with a rented tuk-tuk, if you feel like the extra comfort. For backpackers, Siem Reap (and Cambodia in general) is the perfect destination- you can easily stay in a place with a pool for a few dollars. (2017)

“If it was necessary to list humanities greatest cultural achievements, then the collection of stone ruins near Siem Reap (of which Angkor Wat is only the largest, but we’ll use it to refer to the whole site) would surely be among the top five. Arguments could be had over whether the ruined city of Tikal in Guatemala, or the Pyramids of Giza, or Angkor Wat in Cambodia are the most spectacular man-made monuments on this planet, but it’s a certainty that this was the highlight of our long trip through Southeast Asia.

There are dozens of ruined temples within a twenty-kilometer radius, each of which absorbed all the efforts of a rich empire over whole generations. They differ greatly from one another, but all are unbelievably atmospheric. The walls are sometimes covered by complex, finely carved scenes many hundreds of meters long, while in others they are wreathed in the tendrils of the jungle vegetation as it slowly breaks apart a seven-hundred-year-old temple.

Monkeys leap about on the walls, freshwater crabs wave from the puddles, and parrots flit between the trees. There is a true jungle temple feeling, especially if you manage to find a spot where two hundred other tourists aren’t crammed together with you. Fortunately the tourist herds move in a predictable manner, so for example at 5pm sharp, everyone tramples over one another to take a picture from the ‘official’ sunset point, while elsewhere you get to play a slightly more civilized Indiana Jones or Lara Croft, leaping about among the giant tree roots.”
(2016) 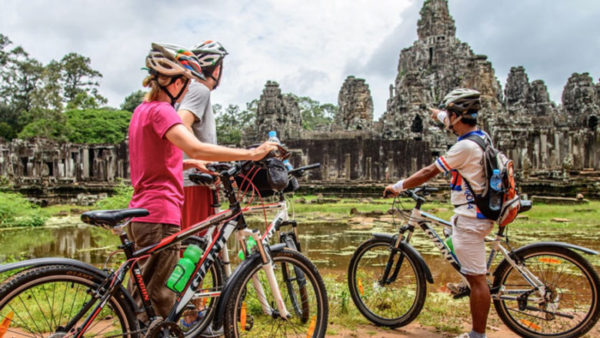 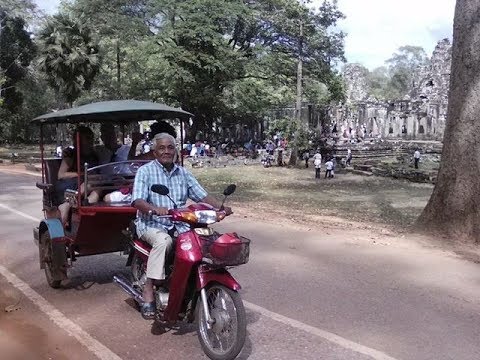 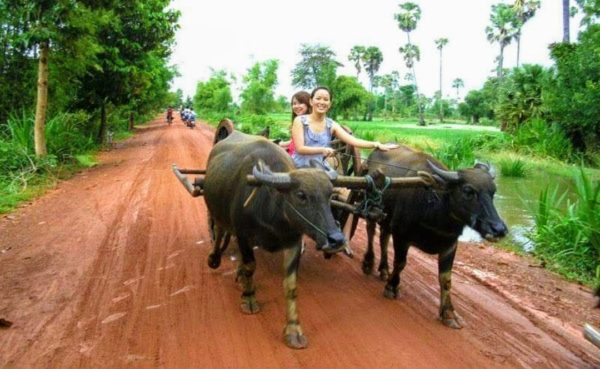 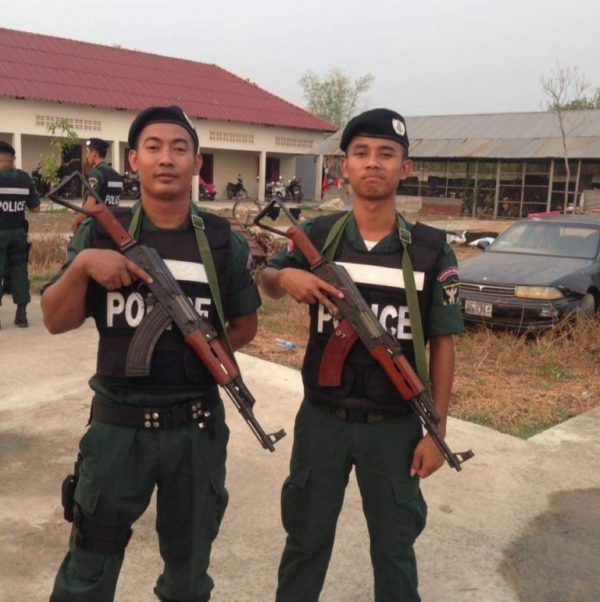 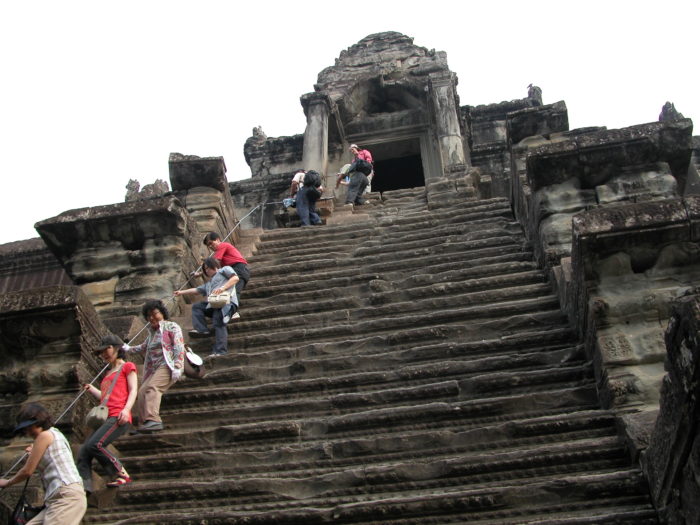 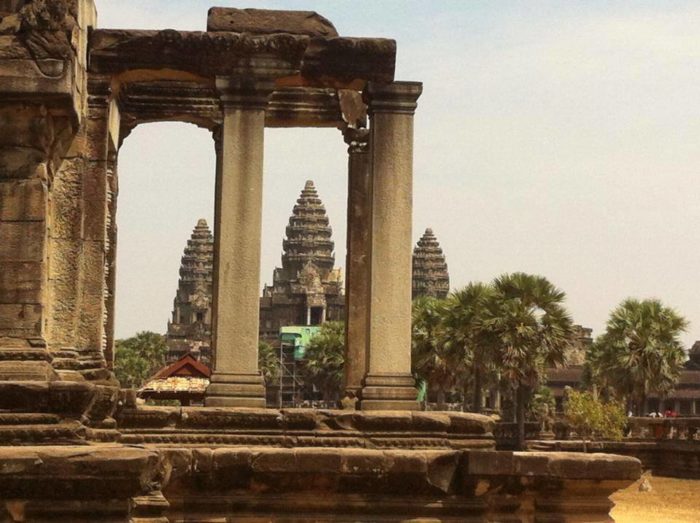 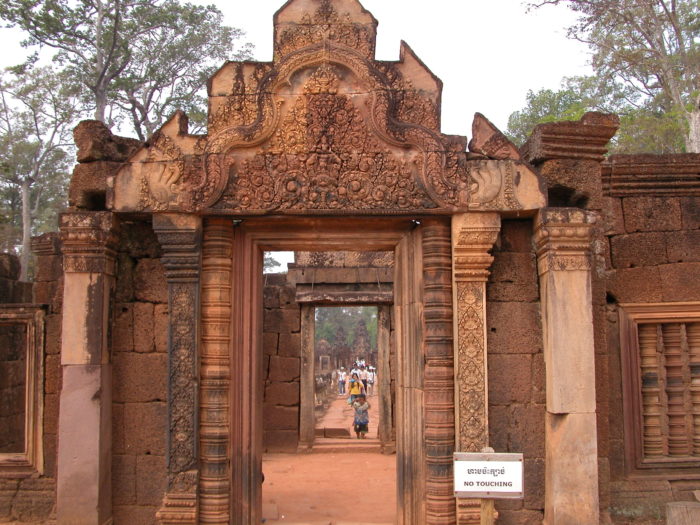 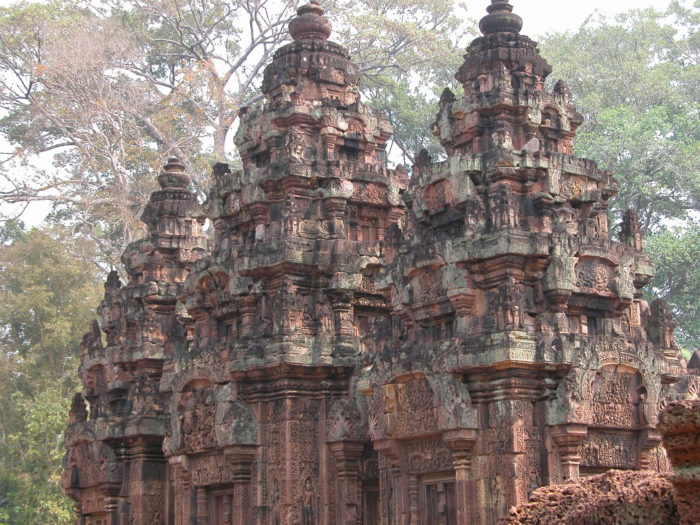 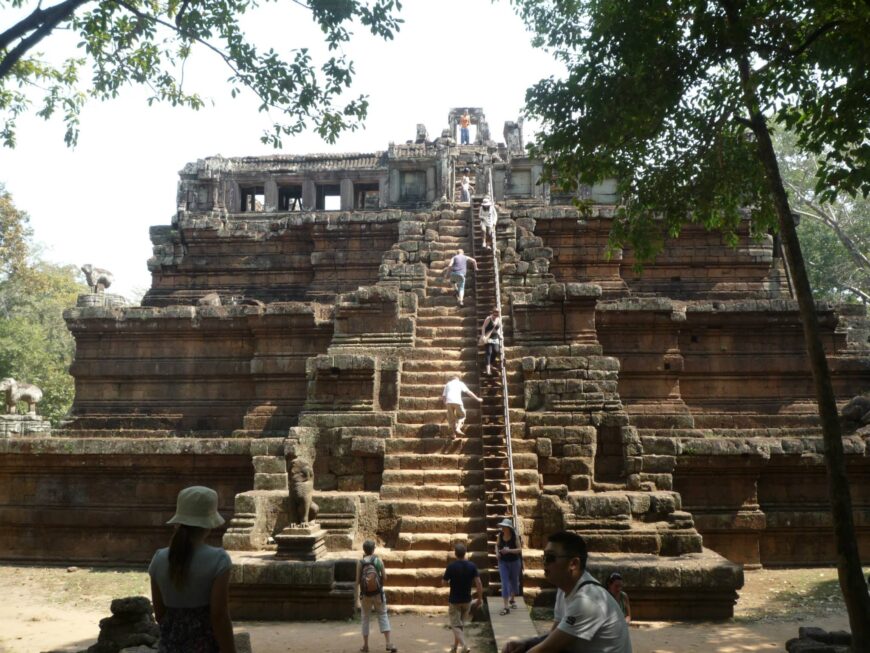 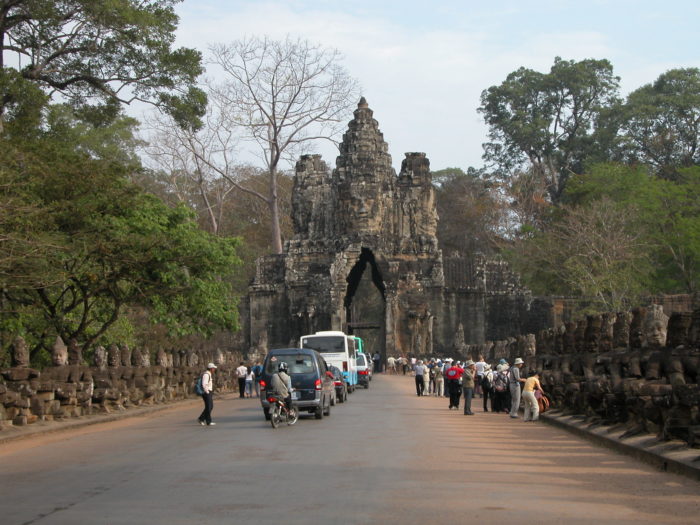 Siem Reap is located in north-west Cambodia. The city is famous for Angkor Wat, a UNESCO World Heritage Site.

About 2.6 million tourists per year are visiting Angkor Wat

In Khmer, the Cambodian language, Angkor means “City,” and Wat means “Temples”; therefore, Angkor Wat means “City of Temples” in the Khmer Language. The temple area is 400 acres of land. According to Guinness Records, Angkor Wat is the “Largest Religious Structure in the World.”

Important to know: Angkor Wat is only one of 10 or 15 located in the area.

The temple was constructed in the 12th Century 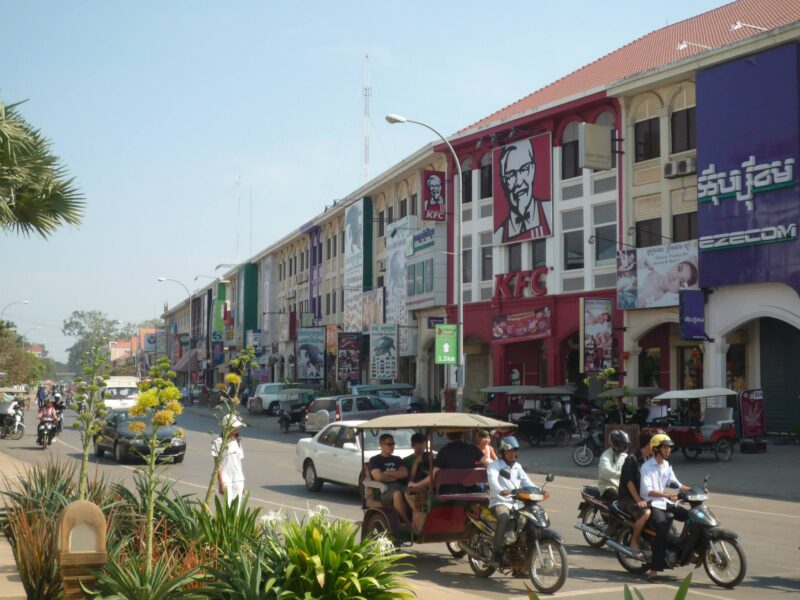 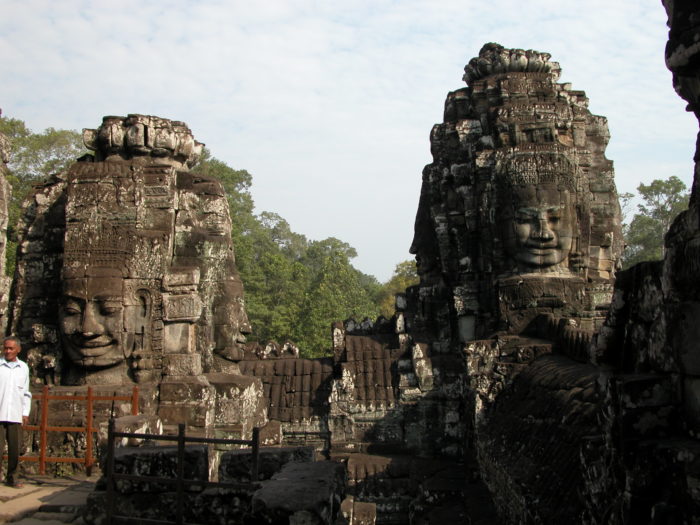 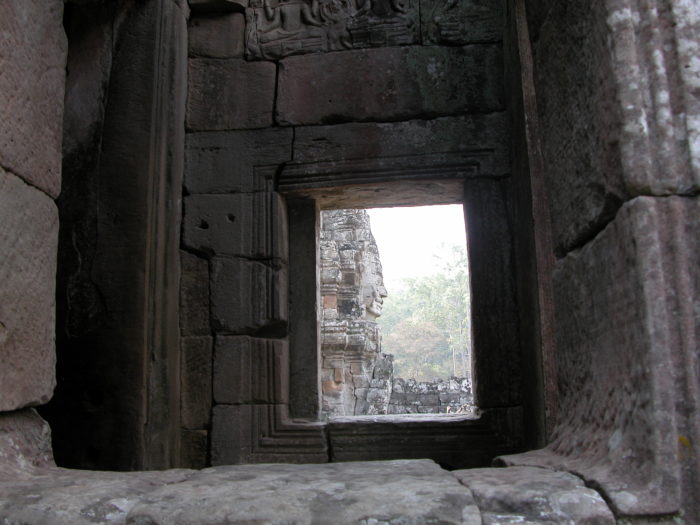 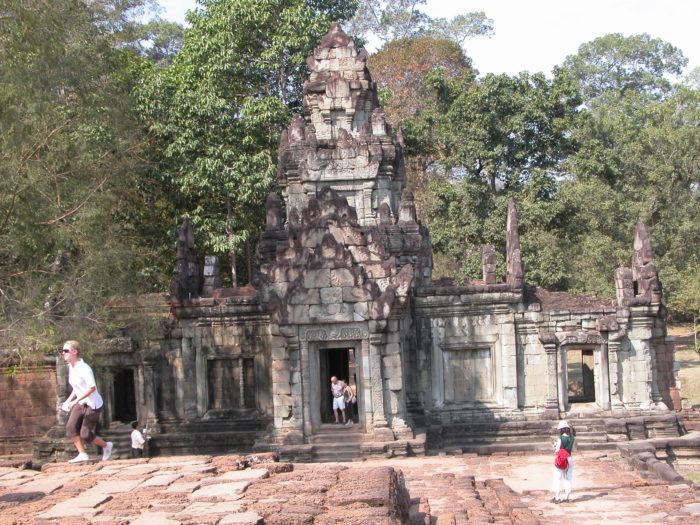 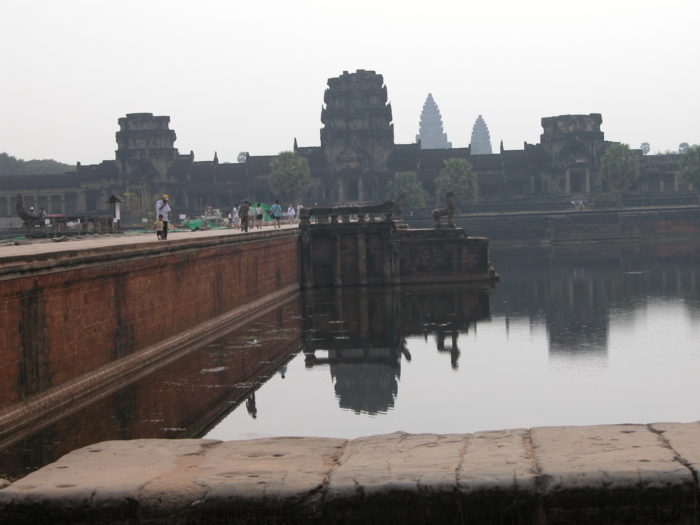