2.  I used to think that Vietnam’s gastronomy was inferior to Thailand’s. Not anymore. The street food is excellent, sometimes
better than in restaurants

3.  The incredible throngs of motorbikes on the main roads of Saigon


4.  The human dimension of Hoi An, with its small workshops and pleasant shopping ambience


5.  A boat trip among hundreds of unusually shaped limestone rocks


6.  The thirst for knowledge among young people in the bigger cities; it’s so lovely that some of them approach foreign tourists in parks
just to exercise their English

7.  The specialized streets in Hanoi (one for silver, another for shoes, plastic baskets, etc.)


8.  The well-organized War Remnants Museum in Saigon, even if it is a one-sided presentation of Vietnam


9.  Visiting mountain tribes in the highlands of Central Vietnam, near  Thout and Kontum

1.  Local people seldom smiled at us, even when we smiled at them – many locals are quite impolite and speak very loudly


2.  Mass tourism around Ha Long Bay is a disappointment


3.  Arrogant salesmen who lean too close to my face (I hate that)


5.  Disappointing to see that in some restaurants the English menu had higher prices than the Vietnamese


6.    The Beach at Nha Trang was dirty, which was a big disappointment, and there was lots of litter in the sea at Phu Quoc


7.  The Water Puppet Theatre in Hanoi gets boring after 10 minutes


8.  The most important traffic rule in big cities: only the strong survive


9.  In Hanoi there are too many crooks who specialize in cheating tourists


10.  We do not recommend Jetstar Pacific – they changed our schedule five times

11. Dogs in Vietnam are always off-leash, and that is somewhat scary, even if they won’t bite you

, In Vietnam, scattering banknotes is an integral part of funerals. Often photocopies of 100 USD banknotes are used for this purpose. When we walked in the street and first saw the strewn banknotes, we shortly had the hope of having enough money to prolong our trip for a year. "

, At the beginning of our stay, we have wondered where can we grasp the source of that heroic persistence that fuelled the Vietnamese to wage wars for thousands of years. But when the rickshaws became more and more aggressive with us, we began to comprehend. Rickshaws, street vendors, beggars enduringly refused to understand our firm NOs. " 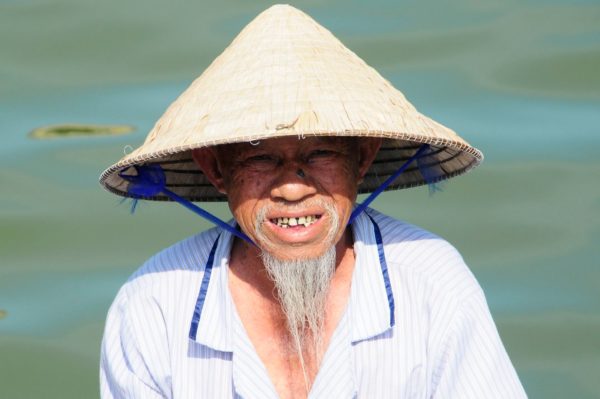 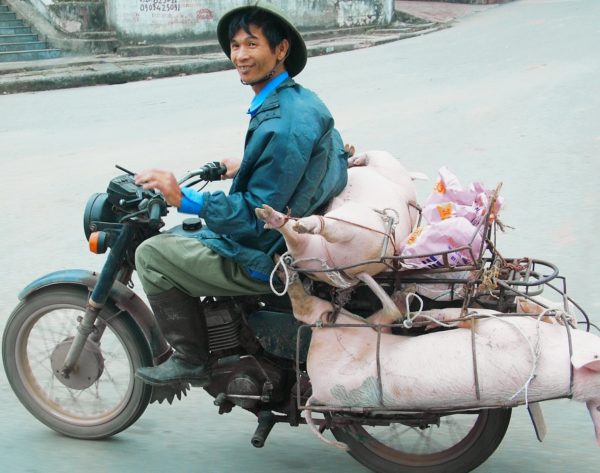 Use Grab, it's cheaper than a cab, and safer than a bike taxi. Book Grab via the app only - a lot of bike taxi drivers are in Grab jackets or wear Grab helmets, but they do not belong to Grab.

Don't book hotel taxis because they get a commission from the taxi drivers for bookings, and they take just about 15-20 minutes more.

As for sidewalks, Vietnam is a leading country - even in Asia - in making pedestrian traffic almost impossible. The sidewalks are a priori narrow and fragmented, and even this small space is almost entirely occupied by the parked scooters and street vendors. In the larger Vietnamese cities, you can not use the sidewalks either the edges of the street because of the parking cars. So, you are often obliged to walk in the middle of the road and be exposed to the chaotic traffic's unpredictability. 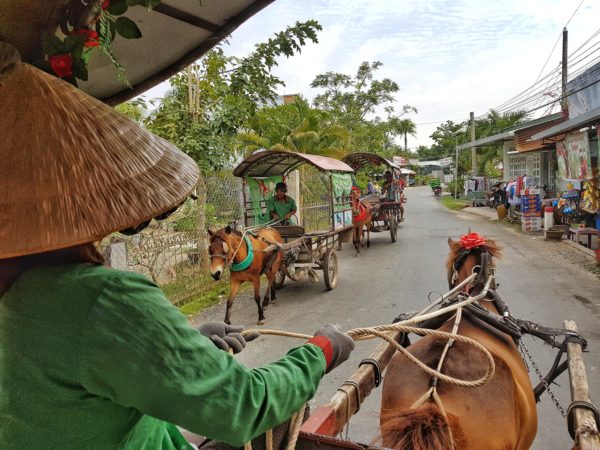 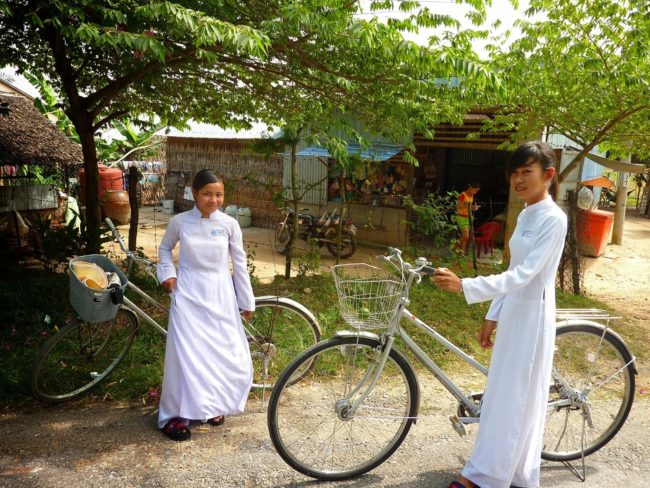 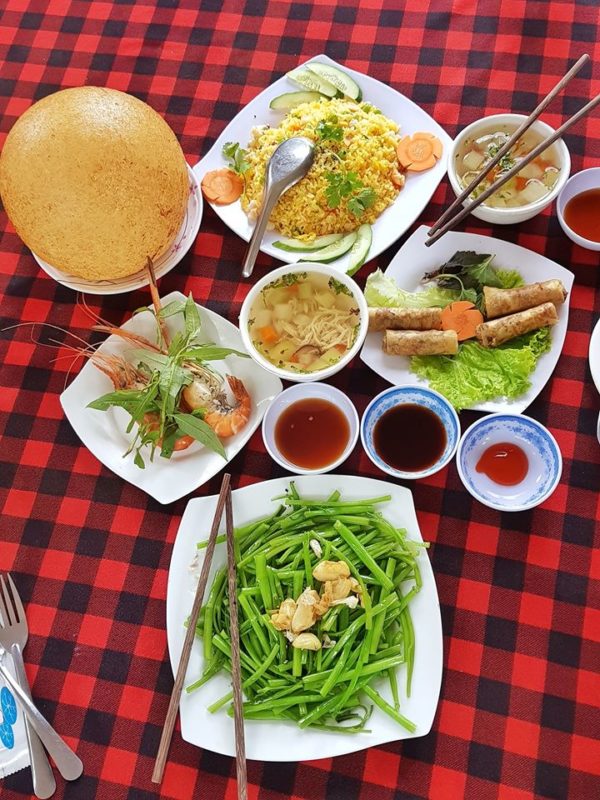 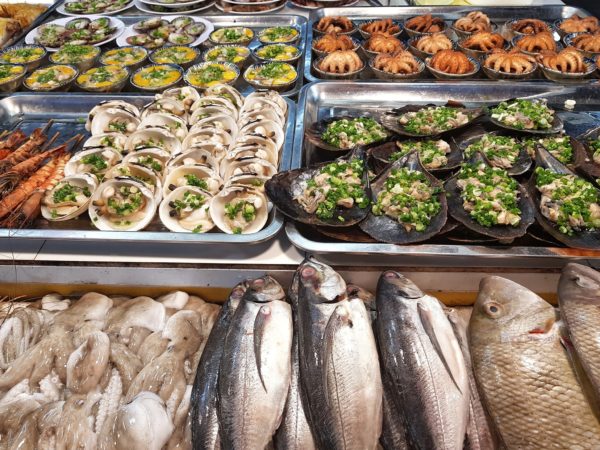 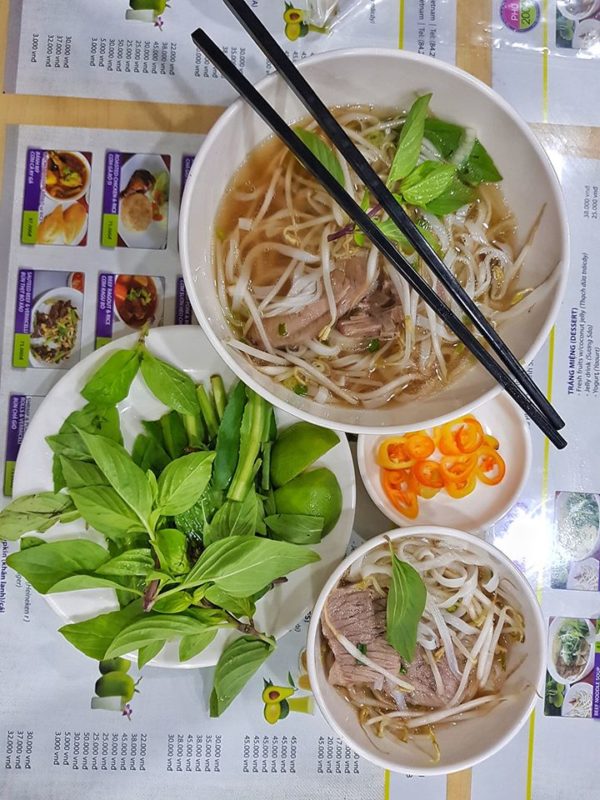 Staying at a cheap hotel or hostel - certainly not safe for your belongings. 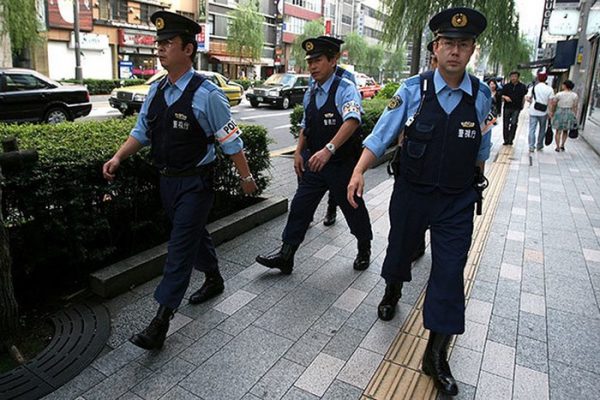 Oral hygiene is not a strong point among the Vietnamese. You may experience that when a Vietnamese man breathes into your face at close range.

1. Never book a tour from your hostel or hotel. They would charge way too much, sometimes 3x more. 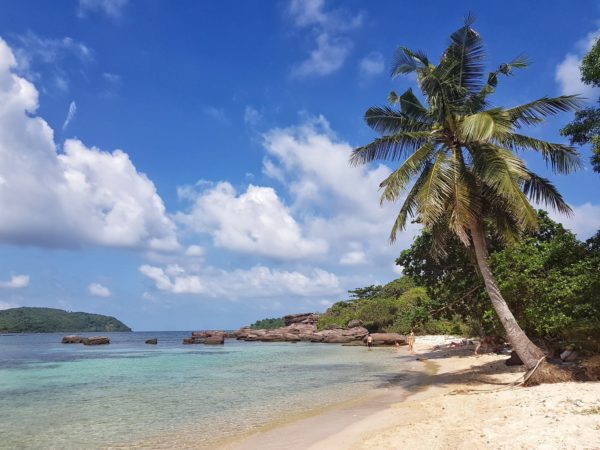 Vietnam is located in Southeast Asia, in the so-called Indochina region. Neighbors: China (north), Laos (west), Cambodia (southwest). It has a 3,000 kilometers (1,864 miles) long coastline on the South China Sea.

Population: 97 million (2020) - Most Vietnamese belong to the Kinh ethnic group (người Kinh), an East Asian ethnic group native to present-day northern Vietnam and southern China.
Like in many other Asian countries, the thought of white skin as pure and beautiful is something that lies deep within the Vietnamese beauty standards. Women and men try to avoid the sun whenever possible in order to avoid being tan.

Language: Vietnamese – It has many loanwords from Mandarin Chinese (the result of more than 1,000 years of Chinese colonization). The Vietnamese alphabet is very similar to the Latin alphabet.

Religion: As a communist country, Vietnam is officially an atheist state. No religion may propagate an ideology that is considered to contradict that of the government.
According to the official national census, about 80% of Vietnamese consider themselves non-religious. However this figure does not take into account the still common practice of "informal" religious customs and folk religions, most of which are not recognized by the government.

Vietnam is often described as a happy and optimistic nation. There is very little opposition to the Communist regime. People comply with the one-party rule, mostly somehow ignoring the official ideology in their every-day life and concentrating on their family’s living standards. Thanks to its rapid economic growth, Vietnam has a fast expanding middle class.

Vietnam is the second largest coffee producing country (after Brazil).

In the major cities, motorbikes make up 90% of all vehicles on the roads.

Safety: Vietnam is a safe tourist destination – Visitors will at worst get tired of trying to dodge the pretty persistent street vendors.

,, For those planning to visit Vietnam, we highly recommend April. The climate is tolerable everywhere except the hot Hué. In April, the landscape is beautifully green, and rain is rare in the north."

Due to countless wars, very few historic buildings have survived to this day. What looks more than two hundred years old is very often just a complete reconstruction.

1. In contrast to China, where the communist ideological propaganda is not offensive anymore, the Vietnamese regime still pretends that communist principles are still important. There are many hammer and sickle symbols,  red flags, and you may see some local communist party reunions.

In Vietnam, communism may fade, but the cult of Ho Chi Minh lives and thrives. From sculptures to T-shirts (though the latter are more for tourists only), the props of the cult are available everywhere. The father figure of Ho probably somehow unites the nation. Some say that Ho Chi Minh is so popular because he died (in 1969) before the unification of North and South, and his name is not associated with the bloody wartime and the ruthless showdown against the class enemy.

2. Much of Vietnam's history went on by trying to be non-Chinese. In the past, and even so, today, China looks at Vietnam as a miserable little brother. That attitude immensely freaks the Vietnamese.  As outsiders, we had the feeling that if the Chinese conquest has not succeeded by military force for millennia, it will do so by economic overpowering, sooner or later.

1. The further north you travel within Vietnam, the more beautiful, gracious women you see.  In the south, women are shorter and may be less attractive."

2. In Vietnam, it is not sunlit brown, but the whiter skin is considered beautiful.  Therefore, local women do everything they can to avoid the sun. They cover their faces with a cloth when riding a motorcycle and pull on shoulder-length gloves on their hands. As in most countries in Asia, most face creams contain a whitening substance as well.

3. In Vietnam, pajamas are an entirely accepted streetwear, especially popular with old retirees. 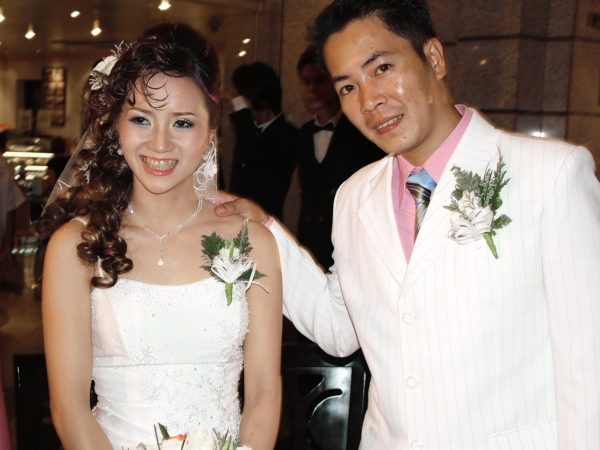 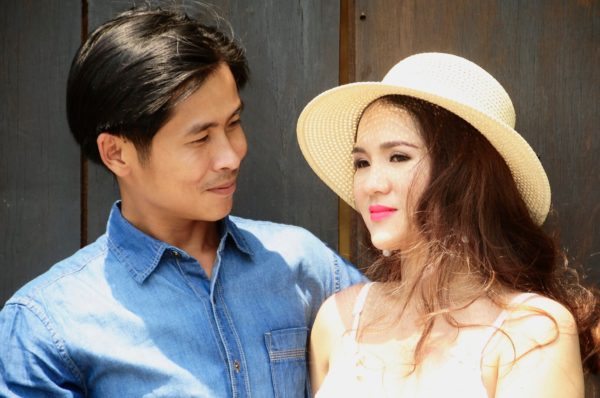 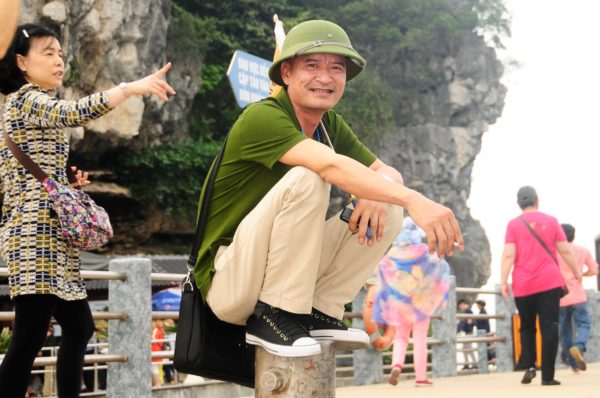 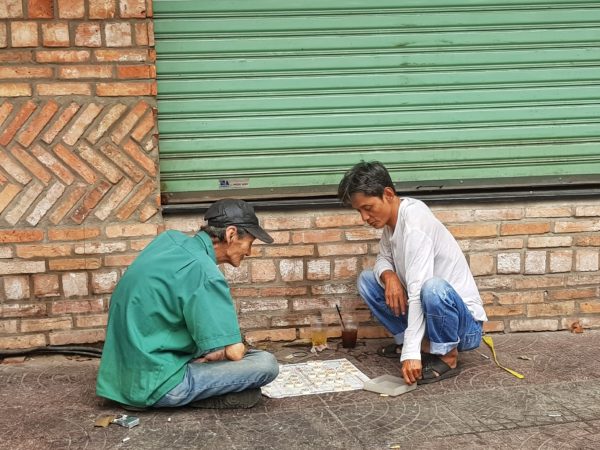 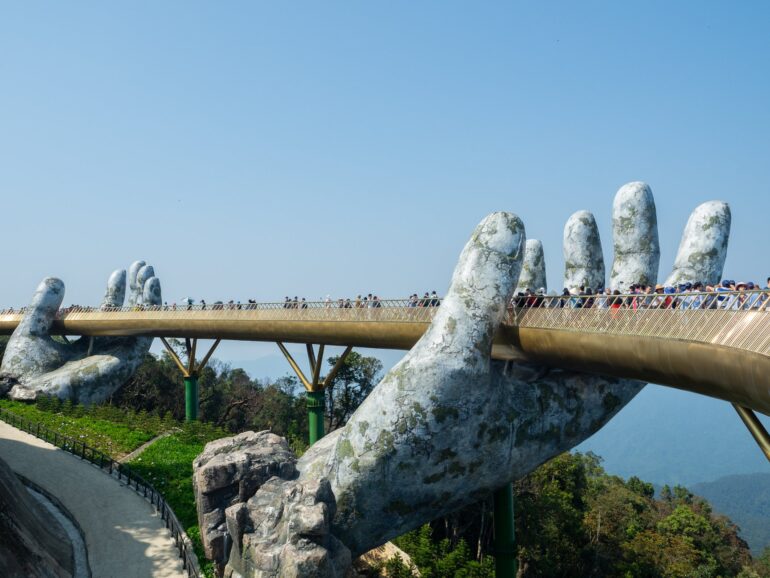 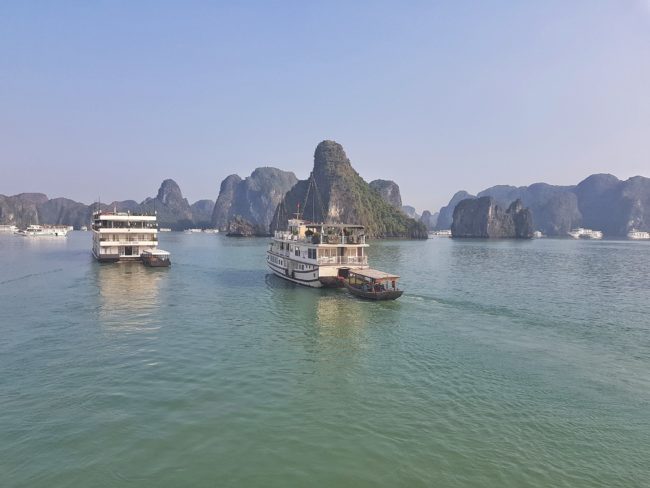