2. The way the locals chill out after a hectic day – you can feel the city center relaxing and people cheering up

4. The old buildings from the French colonial times

5. The inviting smells of the massive amount of good restaurants

7. The top tourist sights are within walking distance of each other

9. We had fun spotting the hilarious brand names of fake designer clothes

10. Enjoying how low the prices are

2. Some local travel agencies use quite subtle tricks to rip tourists off

3. The shady guys harassing tourists with their “exclusive” offers

5. The time it takes to learn how to cross a street and survive

6. The following can hereby be concluded once and for all: communism has a specific knack for erecting ugly buildings

7. Not as many quality services as in Saigon

8. Repeatedly letting the street sellers know that we do not want to buy a postcard

10. The scooter drivers who seem to think nonstop honking will help them move forward 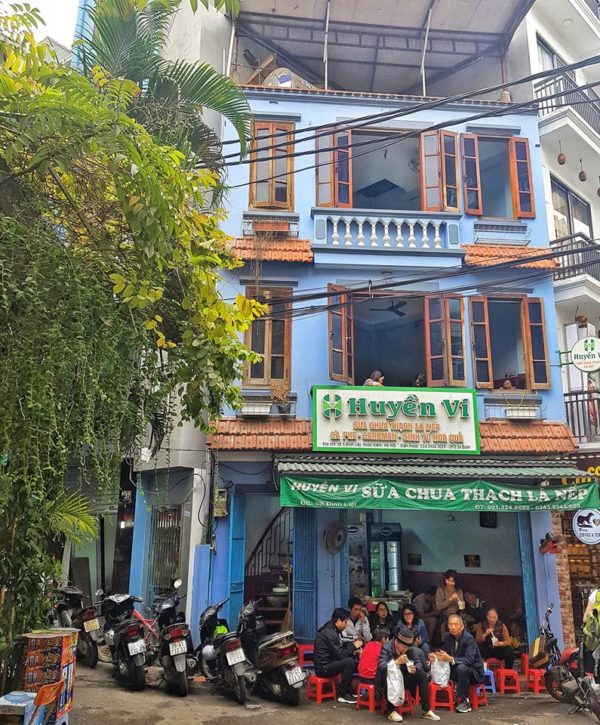 What’s the biggest disadvantage about Hanoi? Without a doubt it has to be the terrible, almost unbreathable air. I don’t think I’ve ever been in a city that stank quite like Hanoi. In my experience the air quality is worse here than in Istanbul, Tehran, Mumbai and even Delhi. The reason for this is a combination of three things: The first is the millions of mopeds, motorbikes, cars and vans with their dirty exhaust fumes, the second is the naturally dusty environment of Northern Vietnam, and the third is that there’s rarely any wind to blow away the smog over the city.

The other day I was sitting on a terrace and a friend said something about the ‘wide blue yonder.’ I said ‘are you sure it’s blue?’ (Hanoians almost never see the stars, and rarely even see the sun clearly.) I mentioned the traffic situation earlier. It’s almost as though the traffic is one living organism, in which the constituent cells somehow automatically know where they have to go and at what speed. There isn’t the merest idea of following any official rules, and the red light or the one-way sign mean about as much to them as the promises of a politician mean to me. All the same, it seems to work, and with surprisingly few accidents. Sitting behind someone else on a motorbike, I other thought we were going to hit someone, but somehow at the last minute we always avoided one another.

The Vietnamese, by the way, are excellent singers. I became convinced of this one day in a karaoke bar. Whichever local got the microphone, they filled the room with their voices, as though it came naturally to them. The same way walking, or a clear blue sky, or nature seem natural to me. I can hardly wait to sling my rucksack on my back, pick up my trusty walking stick, and get back on the road. I want to be wandering along again, sweating, and pondering all the little things in life.

“Hanoi will never have a place on my ‘top ten cities I’d like to live it’ list. Lonely Planet waxes lyrical about the Old Quarter, describing it as charming, energetic, bustling, and full of life. The narrow streets, and extremely tall, slender buildings with their many restaurants and bars do indeed lend this part of town a certain charm, but you have no time to enjoy it because motorcyclists and car drivers are constantly hurtling by just centimeters from you, never slowing down but merely honking loudly.

I thought I’d seen crazy driving in Cambodia, but compared to Vietnam it’s a straightforward and easily learned driving culture where road users pay attention to one another and slow down and turn to avoid other cars if they have to. Here it’s totally different: nobody slows down, and nobody avoids oncoming cars unless there is a severe and immediate danger to life. I felt it most forcefully while walking along a sidewalk by a busy, multi-lane road.

Traffic lights caused some congestion on this road, so drivers simply attempted to drive on the pavement instead, and even had the nerve to honk their horns at the pedestrians (including me) who dared walk on the sidewalk. Some little 20-year-old pipsqueak was honking at me, so I signaled to him that he could always go back and drive on the damn road, but he didn’t see to understand what my problem was.

I would strongly advise all those warriors for pedestrian rights back home to come here on a field trip. The sidewalk is used as a parking lot everywhere, from the curb to the far wall. Sometimes you can weave a path between them, and sometimes you have to get around them by walking out into the road – in the conditions described above. They don’t even bother with that most basic of courtesies, the obligation to leave at least half a meter of space in front of the entrances to shops. And if the car doesn’t take up the whole street, then sometimes it’s parked right against the wall, sometimes next to the curb, with no logic or mutually agreed system. And if you happen to cross a street just as a motorbike is setting off, don’t expect him to wait the two seconds it would take for you to get out of his way. In all likelihood he’ll try to cut in front of you, or even cut between you and your companion with a big roar of the throttle. This culture seems to turn most drivers into real jerks. 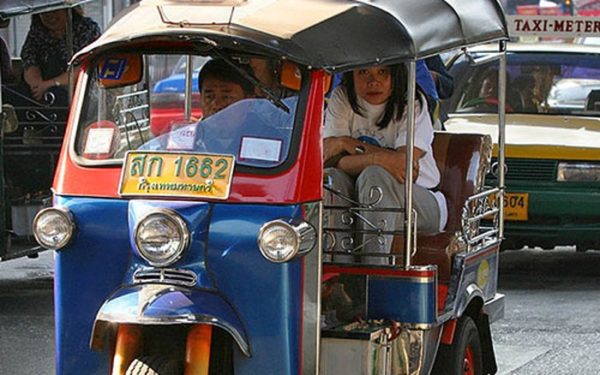 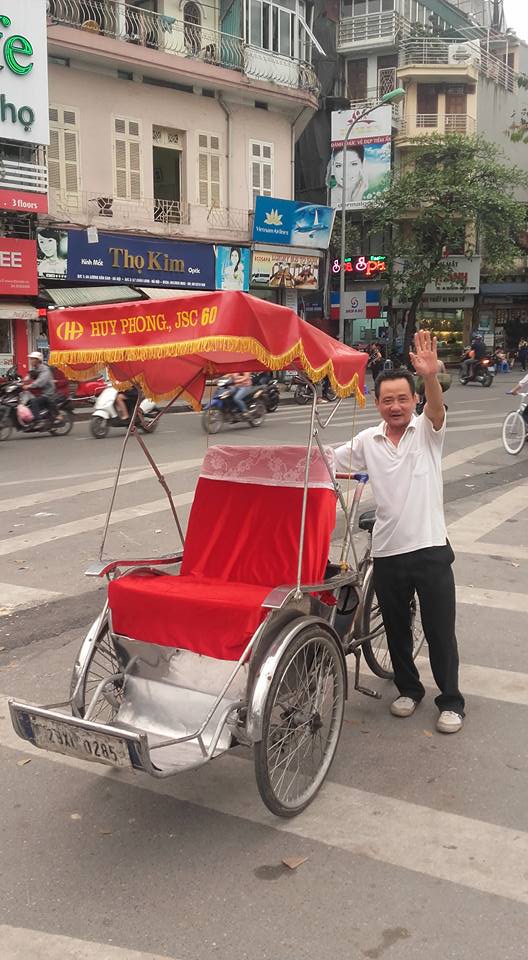 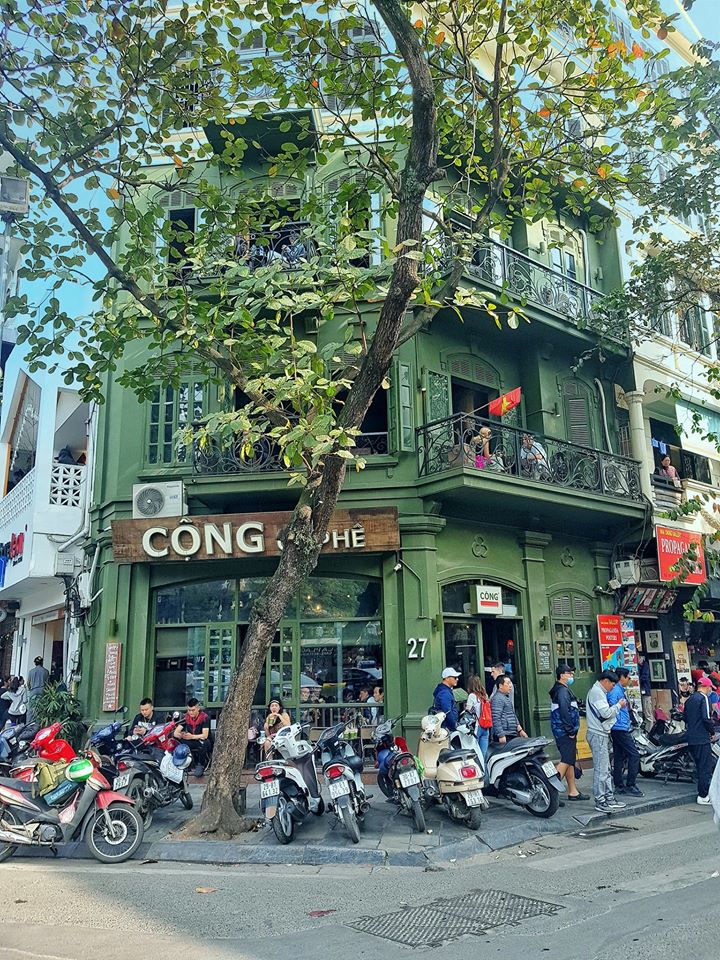 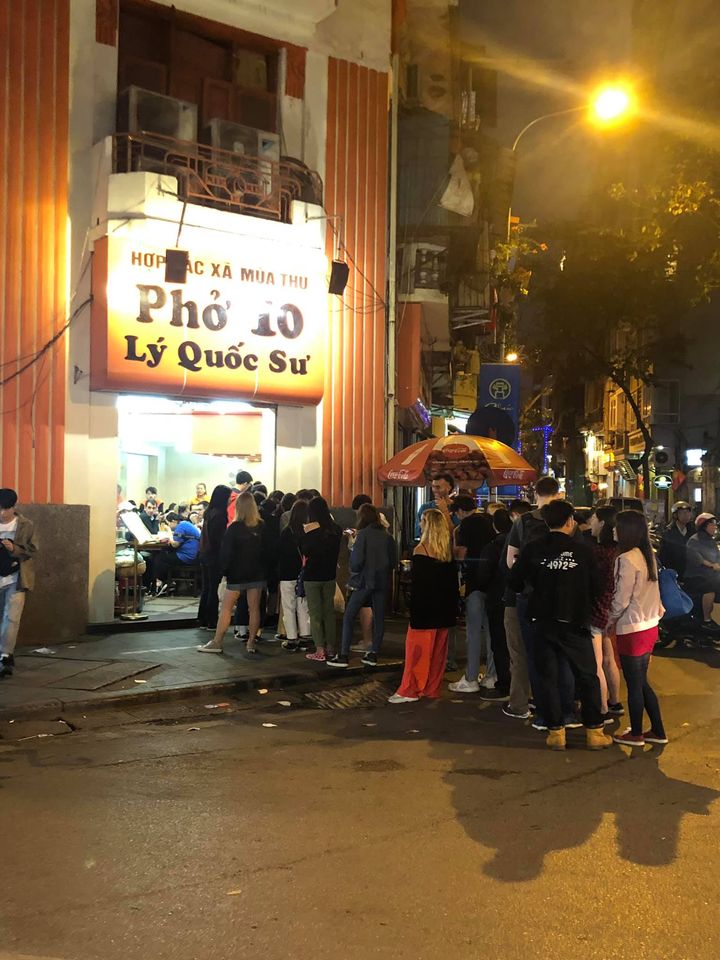 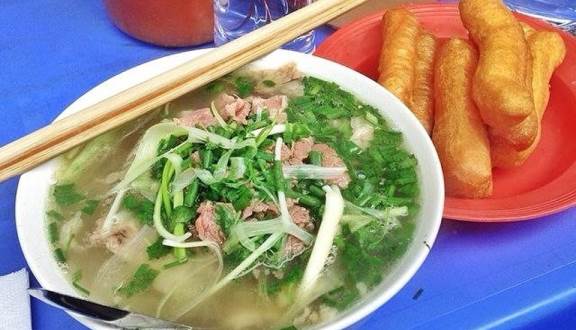 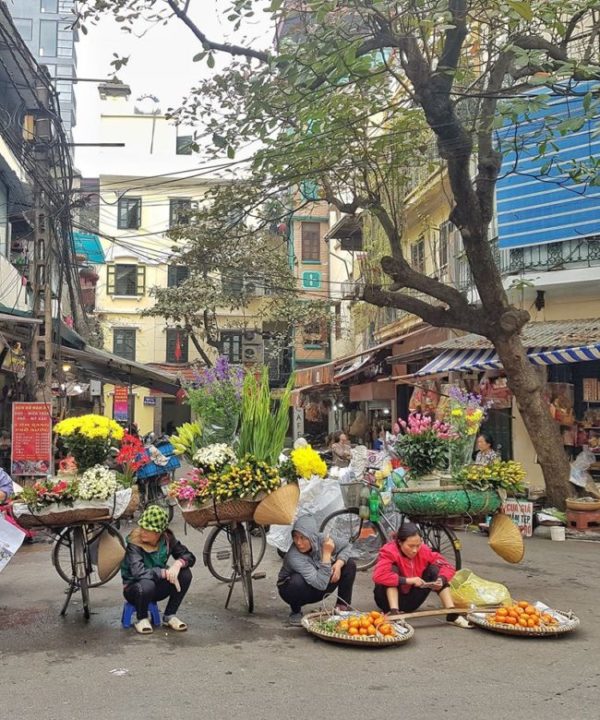 ,, For nightlife, Hanoi is a long way behind Saigon. Most of the city’s establishments still closed at about 11 pm, despite the government loosening the licensing laws in 2017. There is an area called Bia Corner, where the bars stay open until the wee small hours. This area is very backpacker driven, so if you are looking for late-night smart bars, forget it. There are, though, some great street performers here at the weekends. 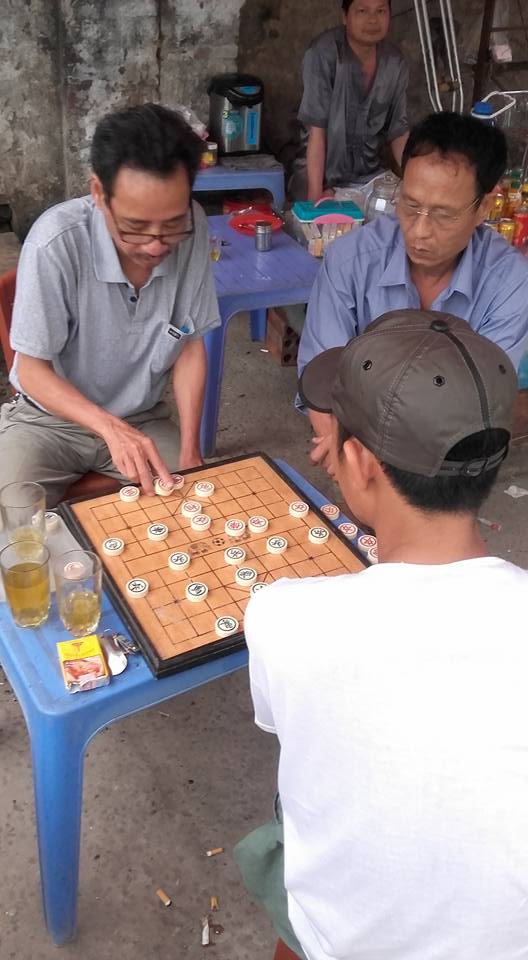 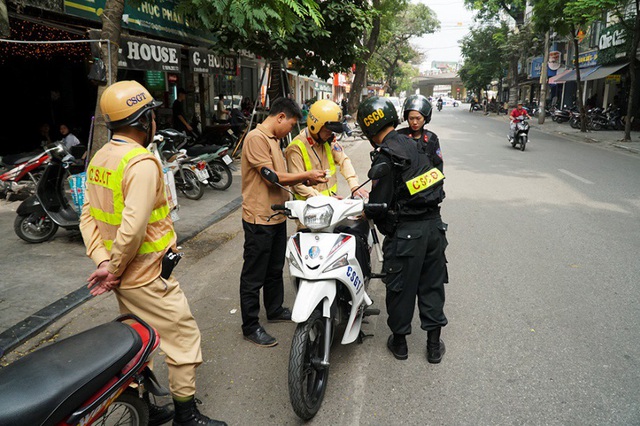 Motorcycles are the most significant cause of air pollution in Hanoi.

In Hanoi, tips are very much appreciated, and that many Vietnamese tips too. For taxis, you can round up to the closest 10,000 VND (50 dollar cent), in restaurants, give 5–10%; bellboys get VND 20,000 (less than one USD) per suitcase. No need to tip in very local restaurants. 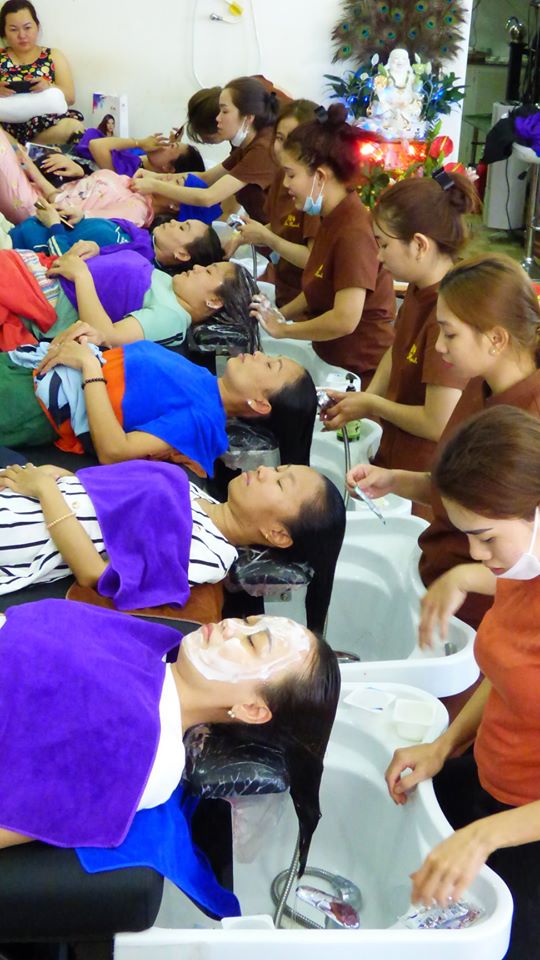 Hanoi is the capital city of Vietnam.

Ha means river, and Noi means inner. Hanoi, thus, has the meaning of “inside the rivers.” That is because of the city located between the Nhue River and the Red River.

Even though Hanoi is in Southeast Asia, don't think that shorts and T-shirts are suitable to wear all year round. Hanoi has four seasons, and as the city's in the northern hemisphere, that means the freezy winter starts in December, and hot summer comes around July and August.

In the Old Town of Hanoi, visitors quickly realize that the houses are very tall and narrow. Why? During the colonial period, the property tax was calculated on the building’s width; thus, the wider the house was, the more money people had to pay. As tax optimization, people were motivated to build their houses as narrowly as possible.
This characteristic of tube houses in Hanoi seems to be unchanged today. Even though property tax is not a problem for some families, they still build narrow houses because of the ascending population in such limited living area. 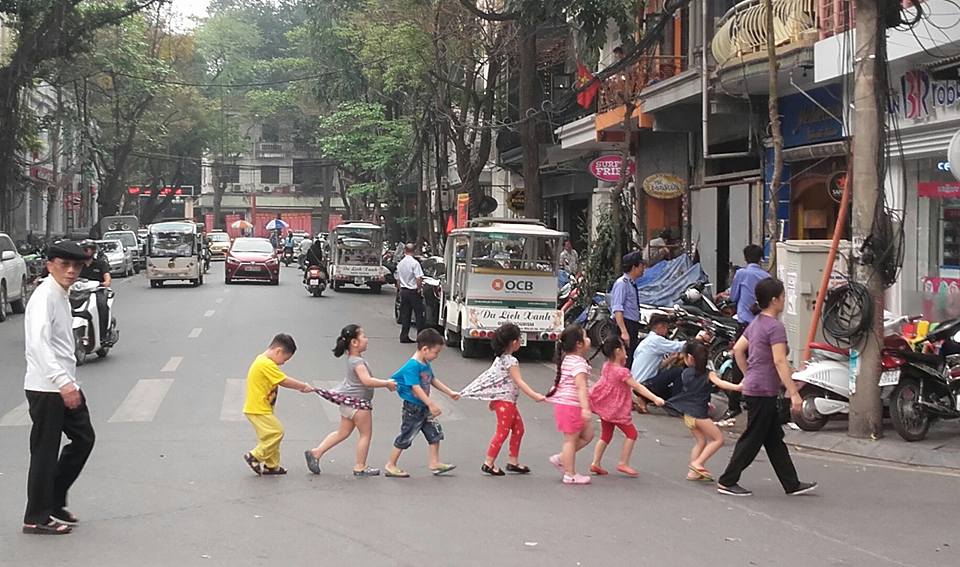 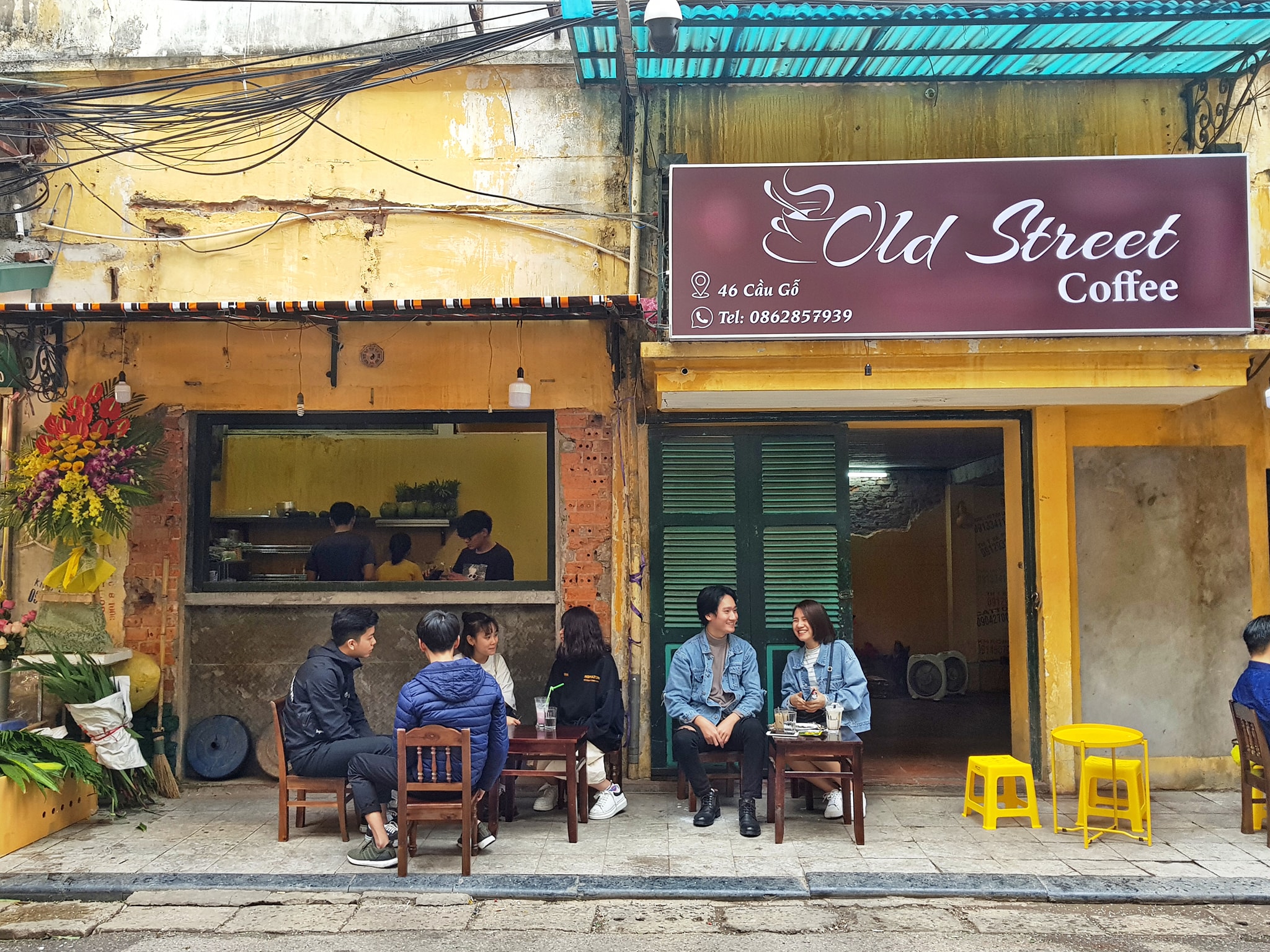 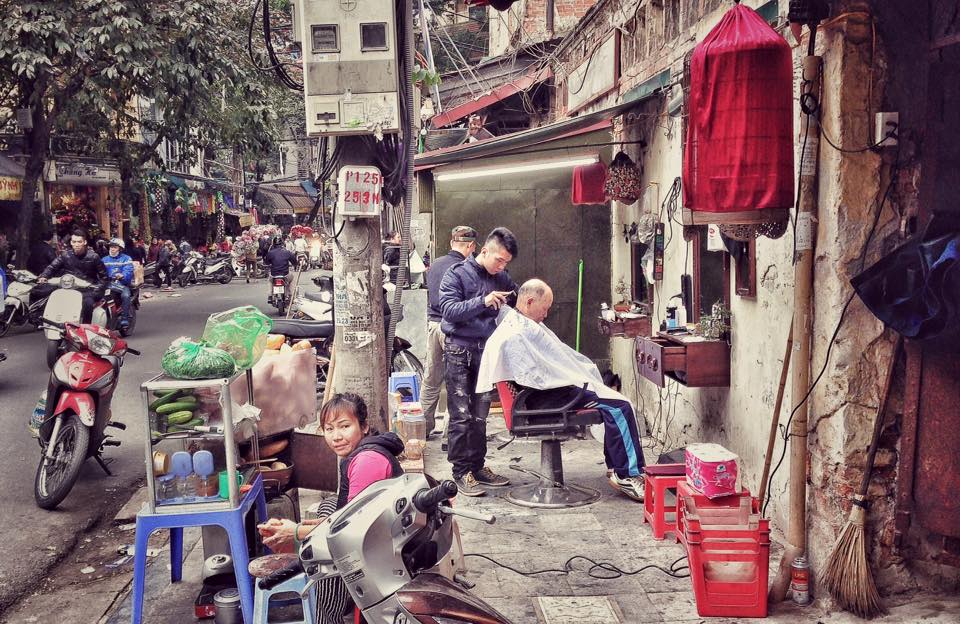 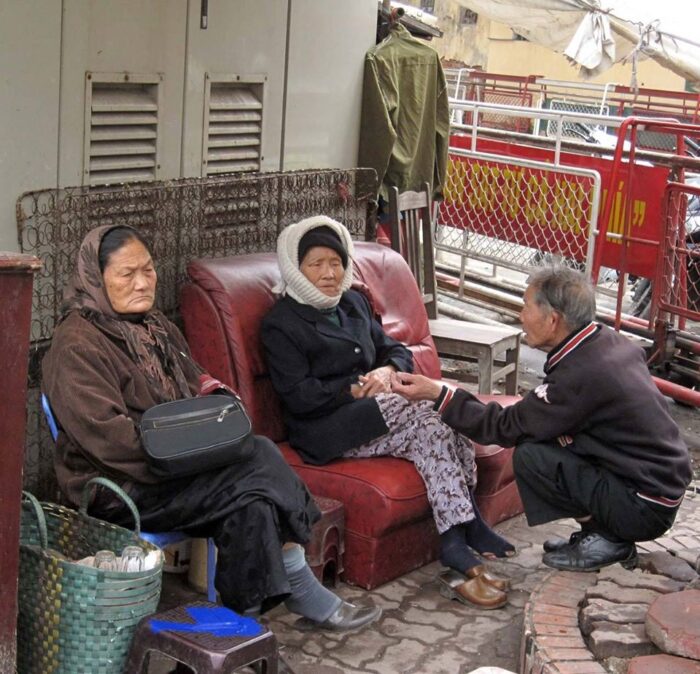 ,, Vietnamese are a bunch of proud people. Very proud of their heritage, culture, and they are very single-minded. Vietnamese value beauty a great deal, so appearance is very important to them, as important as education. Most Vietnamese are very traditional. They will give lots of opinionated comments.

In Hanoi, the way most locals people see religion is unique. The most popular religion is Buddhism, but the locals don't fully commit to it; instead, they only believe some of it and implement a part of it in their lives. 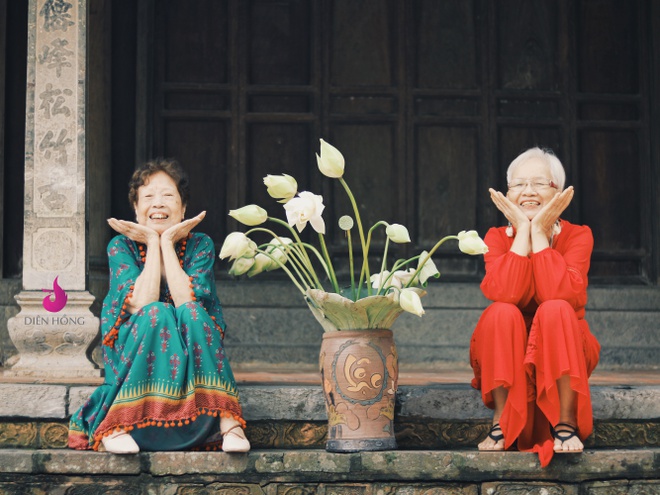 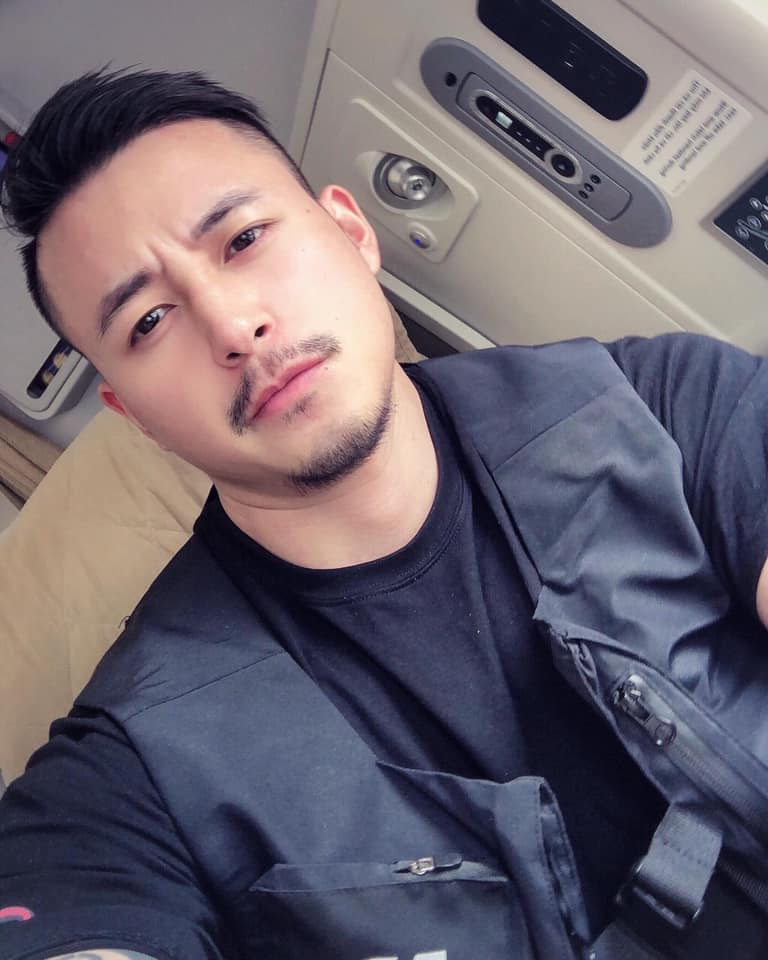 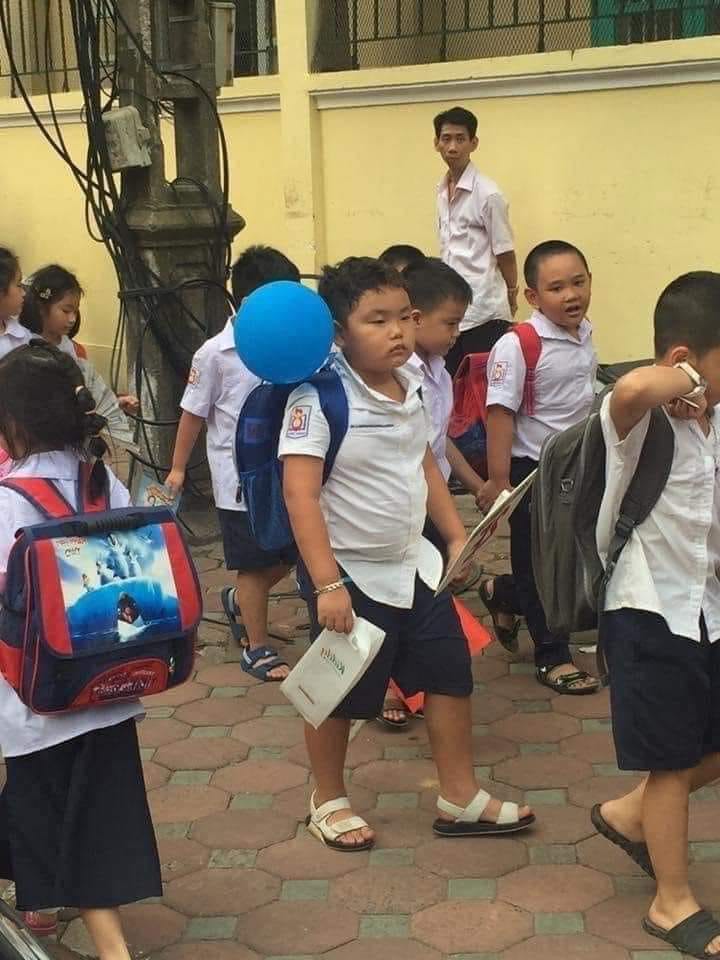 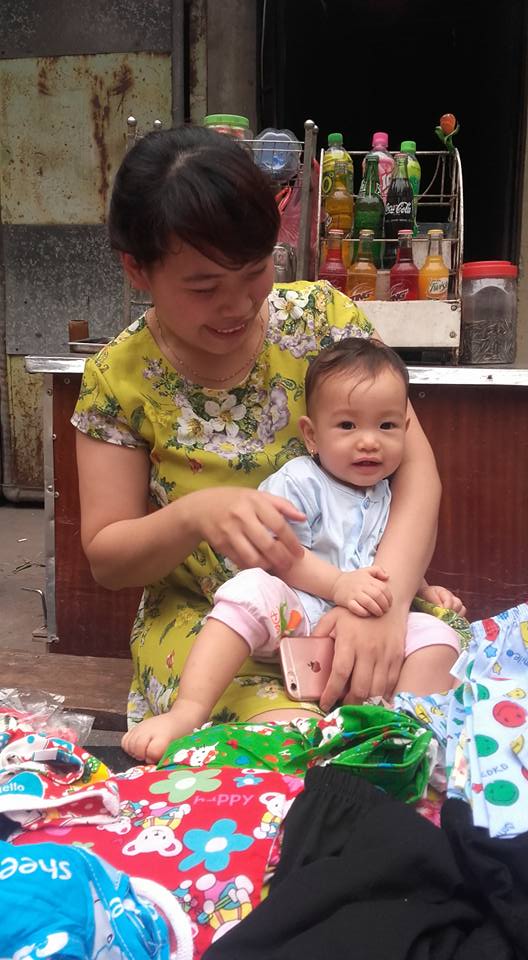 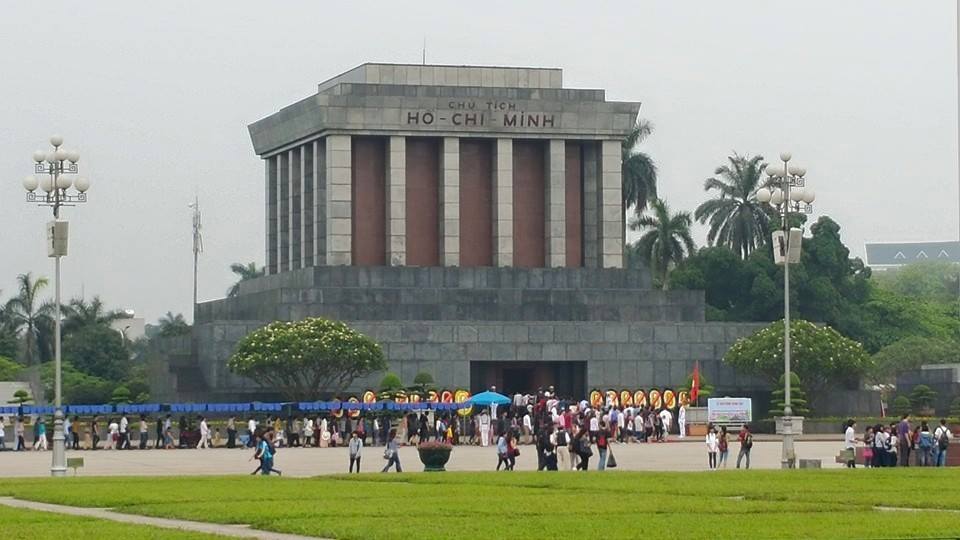 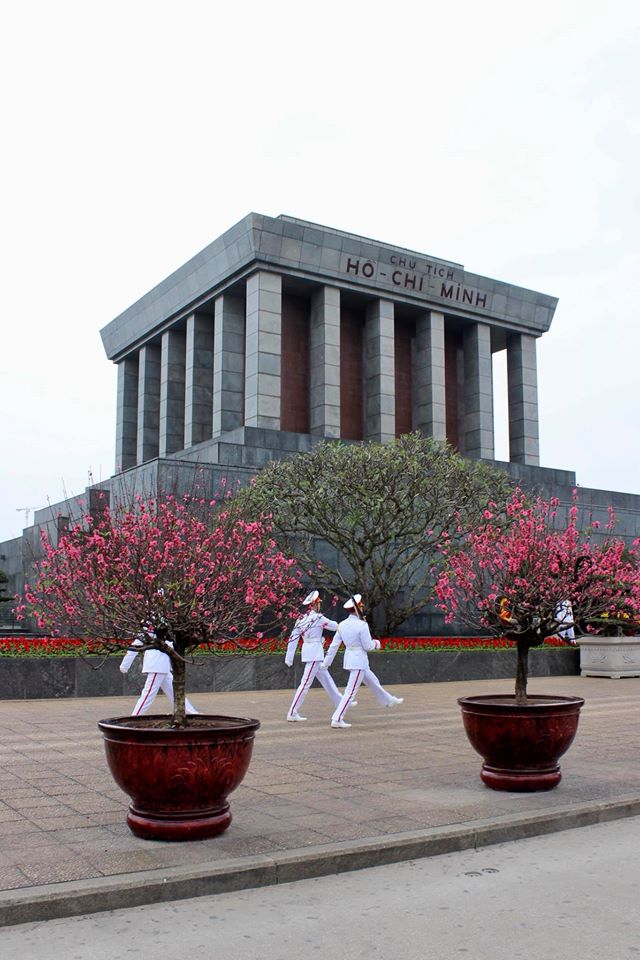 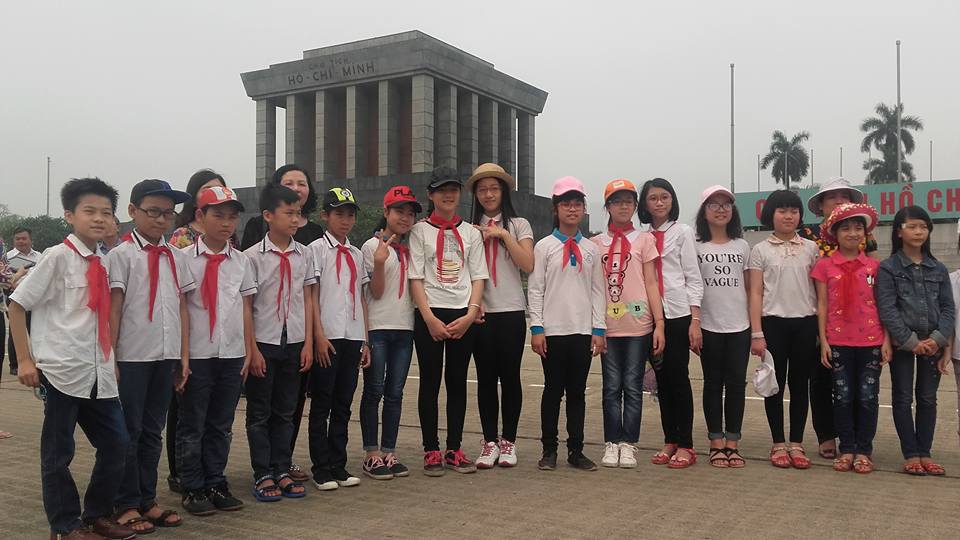