1. Wide selection of boat trips is offered from the port of Paphos (including glass-bottom boats)

4. The public bus transport is well developed and organized.

5. A jeep safari to the Akamas national park

6. The evening activity in the center of Paphos

7. There are many fairly new, architecturally stylishly designed hotels in Kato Paphos.

8. It is very good that there are no very tall buildings.

9. Even the city beaches have very clear water.

1. Due to the airport's proximity, guests of several hotels have to endure the noise of landing and take-off planes. So take that into account when choosing accommodation.

2. During our holiday in August, the relentless heat and high humidity made us wearied.

3. During the day, the center of Paphos is dull, almost empty

4. Due to heavy traffic, it is not safe to cycle in most of Paphos (we rented bicycles).

5. Stray cats who aggressively ponce food in some restaurants

7. What they call Old Town is a big disappointment! Not interesting at all.

8. Litter in some side streets

9 Outside, on the arrival side of the airport,  we had to bargain about the fare even at the official taxi counter. It was unsettling that the taxi drivers were arguing with each other about who would take us and for how much.

10. Many accommodations require you to dispose of used toilet paper in the trash.bin. We obey, but it's not pleasant.

Paphos is more suitable for couples, and families with children. Those looking for dense nightlife should rather go to Ayia Napa.

“Paphos is the best part of the island, where those who do not want massive parties but are looking for more to do than just lying on the beach, can relax and unwind. This place has everything, though of course in the usual slightly run-down Cypriot way, of course. There are no endless sandy beaches or even a fantastic natural environment, but there is peace and tranquility, in both spring and summer.

Prices are not at all crazy here, and Cypriots in this area, like pretty much everywhere on the island, are friendly and speak good English. Which actually didn’t matter so much to me, a Hungarian, since there are also quite a few Hungarians here, including several bus drivers, shopkeepers, and restauranteurs in the city.

Arriving at the airport, you can get to the city quite pleasantly. The local bus is never crowded, and the ticket to the city center costs just 1.5 euros.

If you don't just want to swim, within the city and the surrounding area you can also visit a small castle, ancient ruins, royal tombs, and a botanical garden. Also, it's worth just walking around: try hanging out on the seafront promenades, or experience the traditional Cypriot lifestyle in the upper town. There’s no need to rent a car, you can get everywhere by bus, and a day pass is just 5 euros. You may want your own vehicle for a maximum of a day or two if you want to venture further afield. Troodos is the highest mountain on the island, and the Mediterranean pine forest there is worth going out of your way to see. This island is left-hand drive, though, so be prepared for that.” (2017) 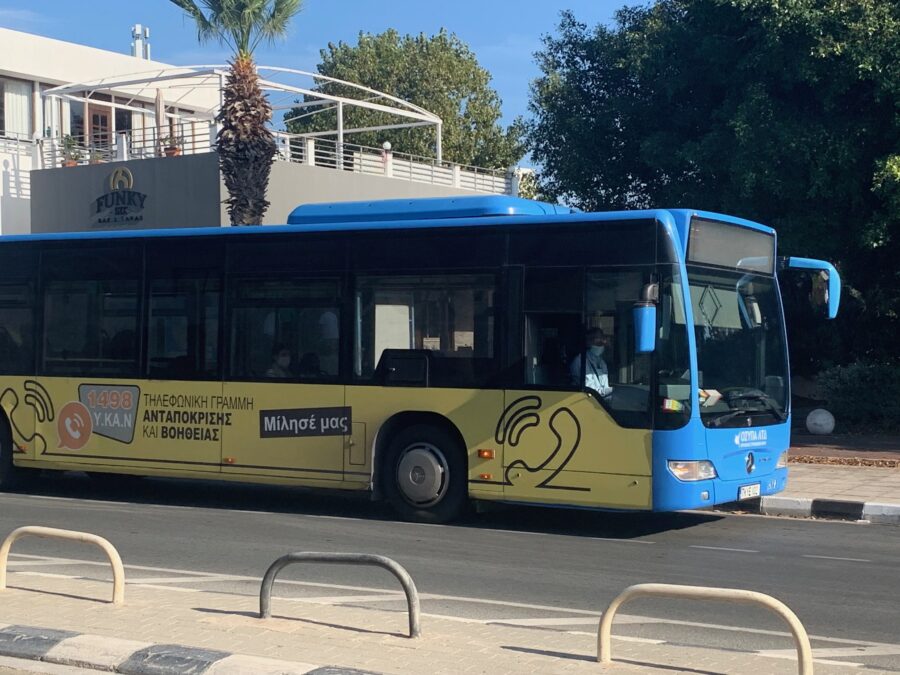 Paphos - In Cyprus, they drive on the left-hand side of the road like in the UK, so as a (non-British) pedestrian be careful when crossing the road. - Krista photo 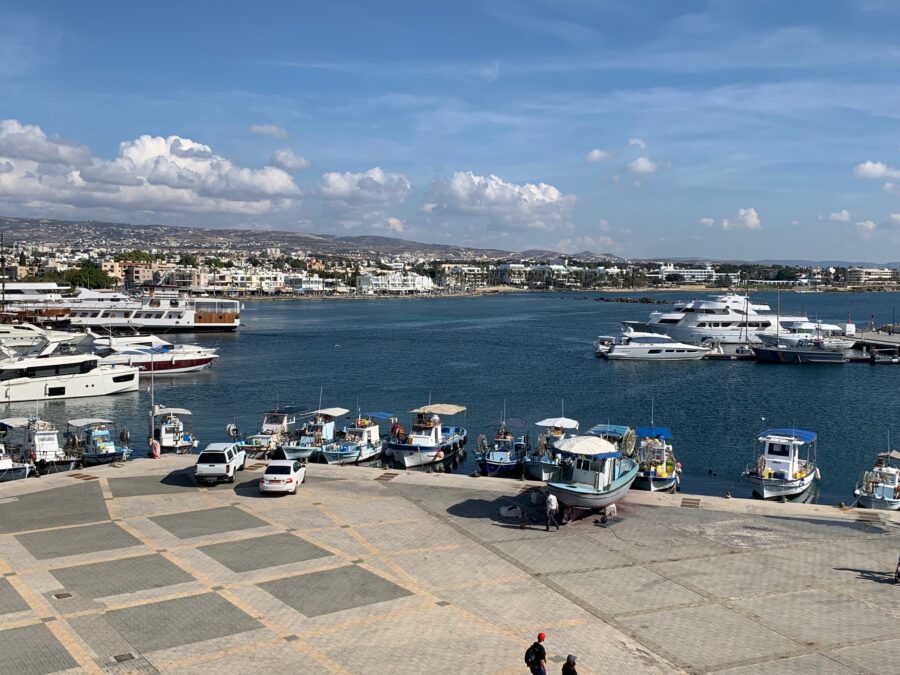 "There are plenty of restaurants in Paphos (Japanese, Italian, Greek, etc.). I suggest opting for a quiet tavern next to the harbor promenade instead of down at the beach, because the food is much tastier, and there’s a big difference in service quality – not to mention price. There are a lot of British tourists, so many pubs and restaurants have been designed to suit their needs and tastes. (Fish & chips and English Breakfast are a must in most pubs.) I wouldn’t recommend eating in a pub, as the food is generally cooked from frozen, alongside all the ‘fast food’ from the menu – (hamburger, pizza, chips, fish & chips). If you want a good halloumi sandwich, I recommend the small restaurant Tea for Two. The kebabs from Cyprus Pitta are also worth trying (their pita bread is much larger than normal). You can order with either lamb or chicken. Those who want to see a real local market will find it outside the tourist area, but it is worth a visit as they sell a lot of fish, octopus, crab, and other sea creatures unknown to us. By the way, you can taste many local specialties.” (2017) 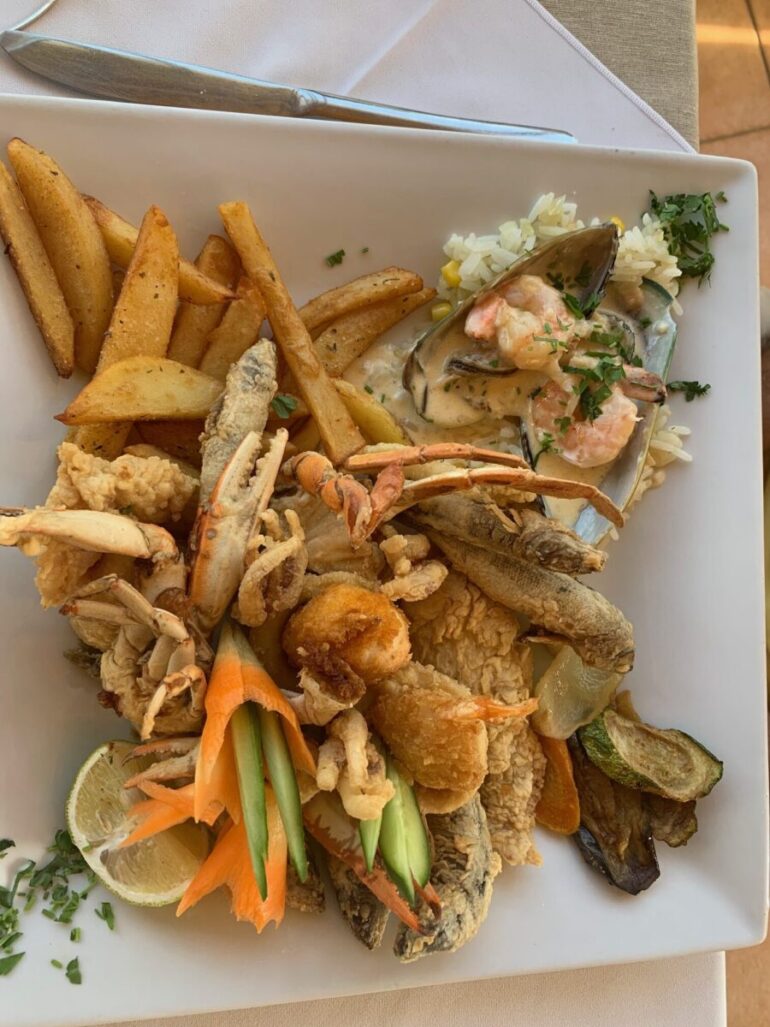 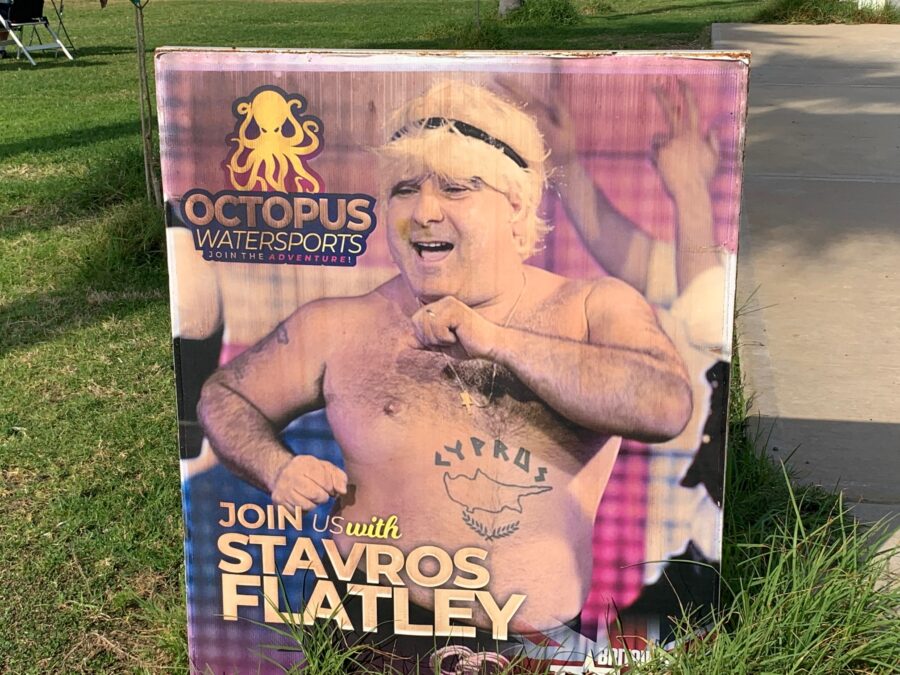 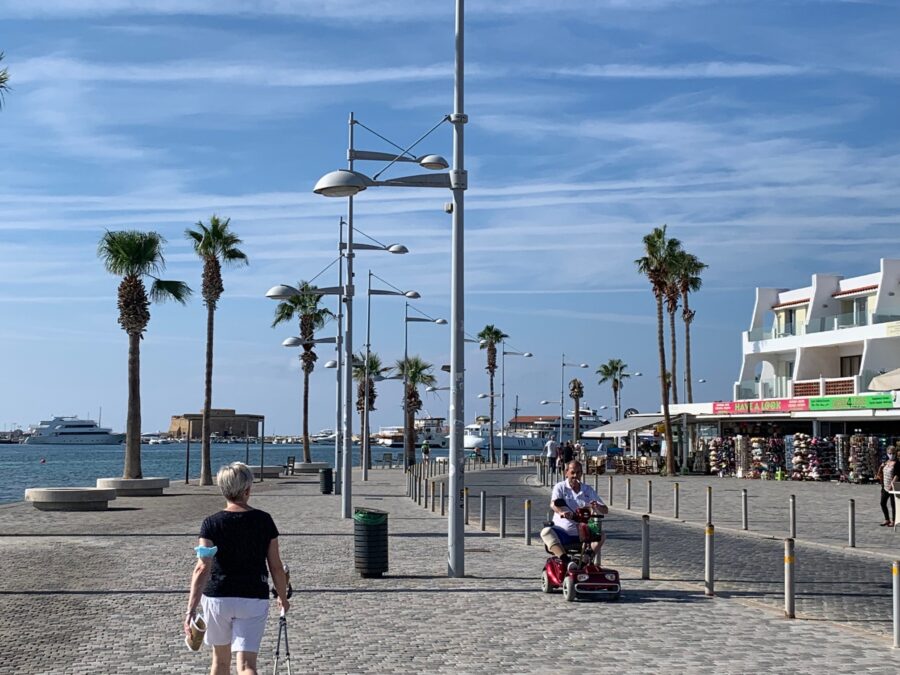 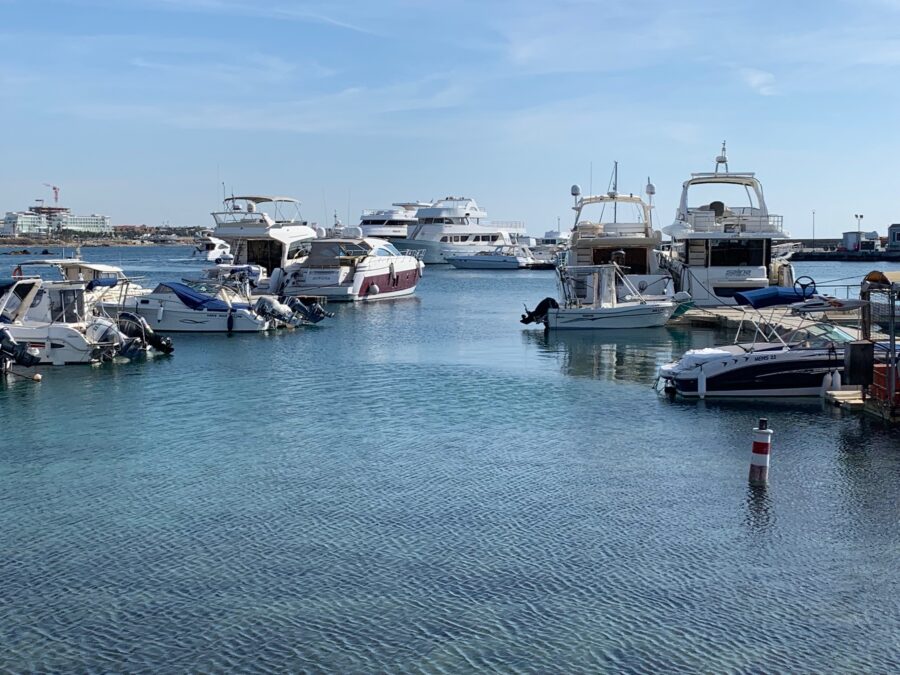 Paphos is located in the southwestern part of Cyprus.

Paphos is the 4th largest city in Cyprus. The city's importance has increased due to the increasing traffic at its international airport.

The city of Paphos is a UNESCO World Heritage Site.

Paphos consists of several areas. The most visited tourist area is Kato Paphos (port area with the castle) and Coral Bay.

Coral Bay is a bit like Ayia Napa in the eastern part of Cyprus. The coastal part of Coral Bay is somewhat overcrowded in summer. The sea is turquoise and crystal clear like in Nissi Bay.

According to mythology, Aphrodite, the goddess of love, was born here. She emerged from the white foam of the sea. The site where Aphrodite was seen to rise out of the sea is traditionally called Aphrodite's Rock. . 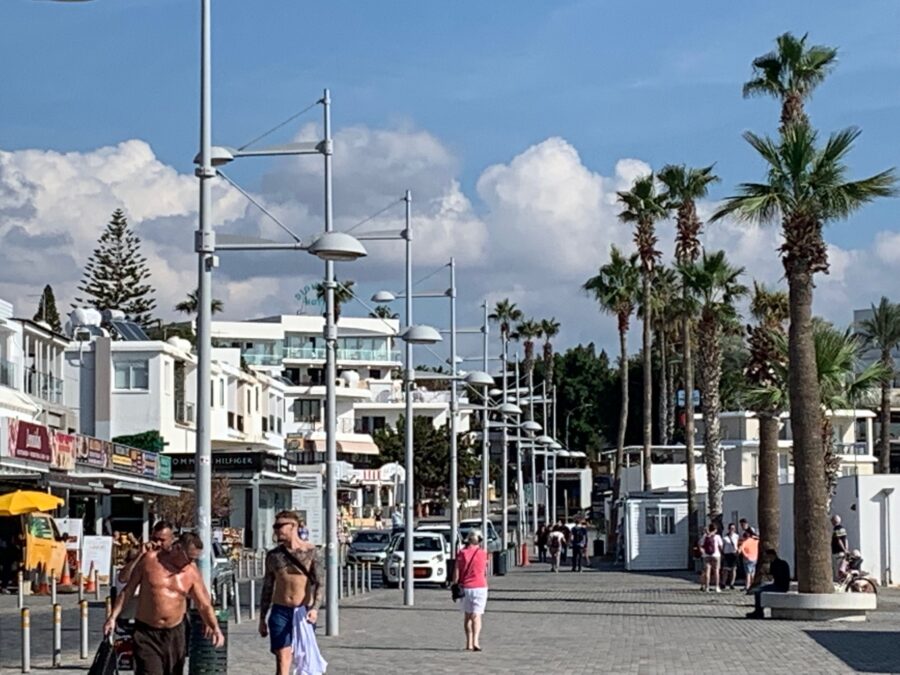 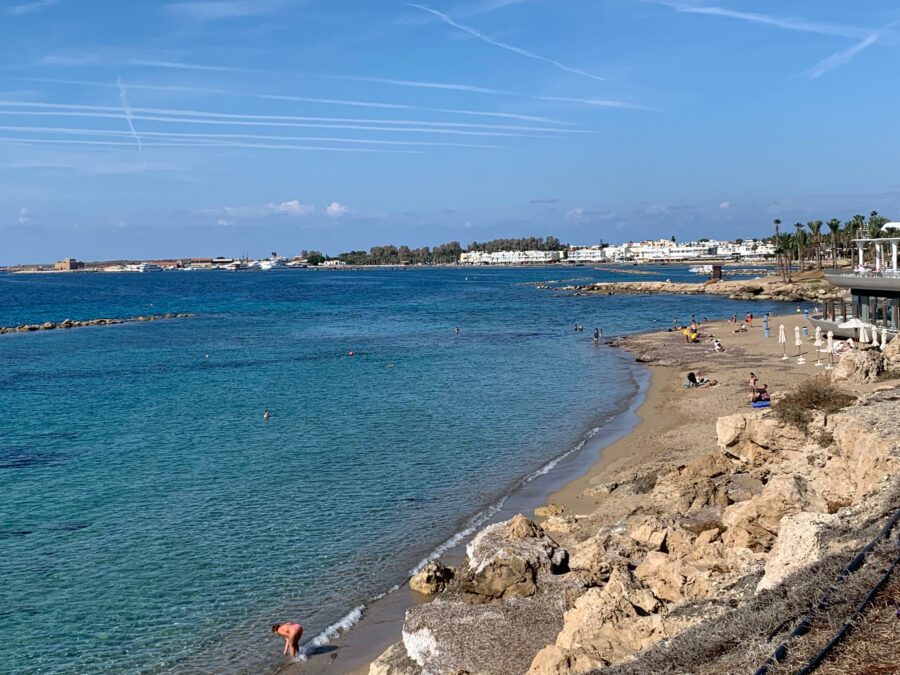 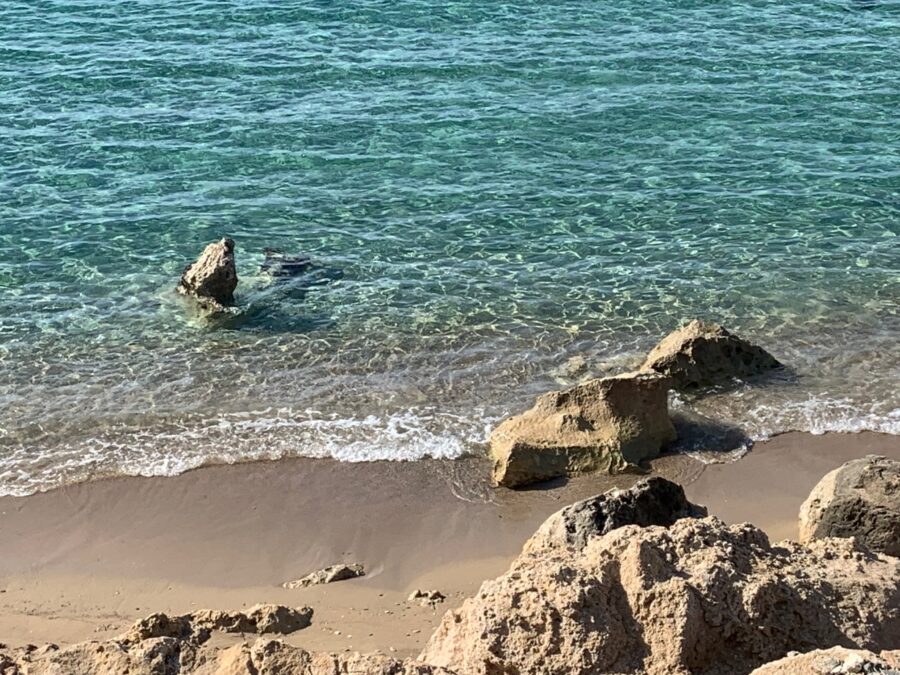 "Pros: Anyone who chooses a beachfront hotel or a hotel that has its own beach area will not be disappointed. The beach at Coral Bay is the most beautiful in the area, and though it’s less than a kilometer long, the sea is clear and does not shelve off too quickly.
Cons: In Kato Paphos, the beaches are strangely shaped and not the cleanest, and the water soon deepens. In some places, the shore is pebbly or rocky, and there can be larger rocks in the water, meaning it’s easy to injure your feet.” 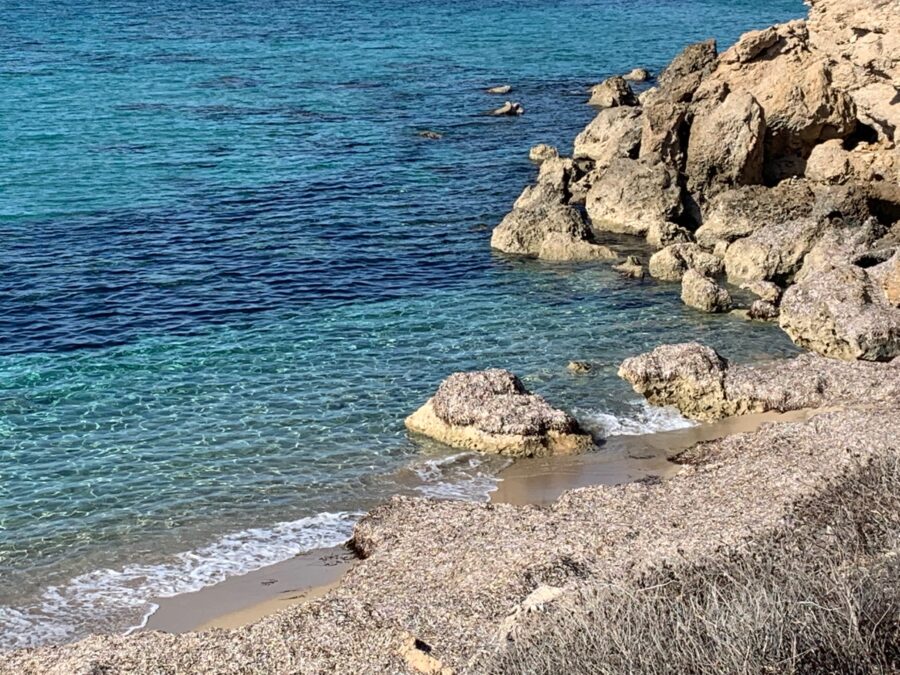 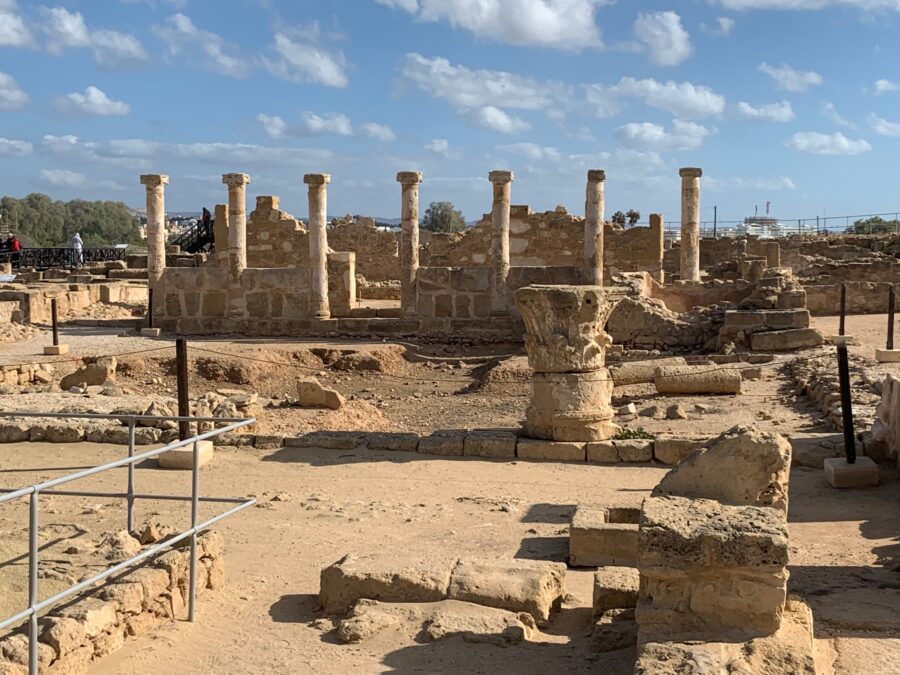 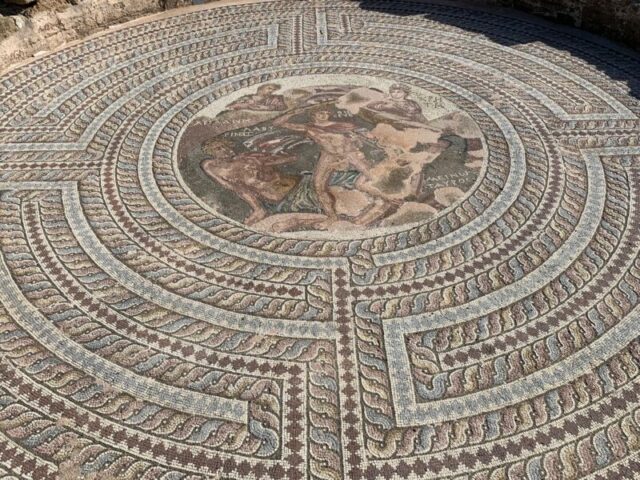 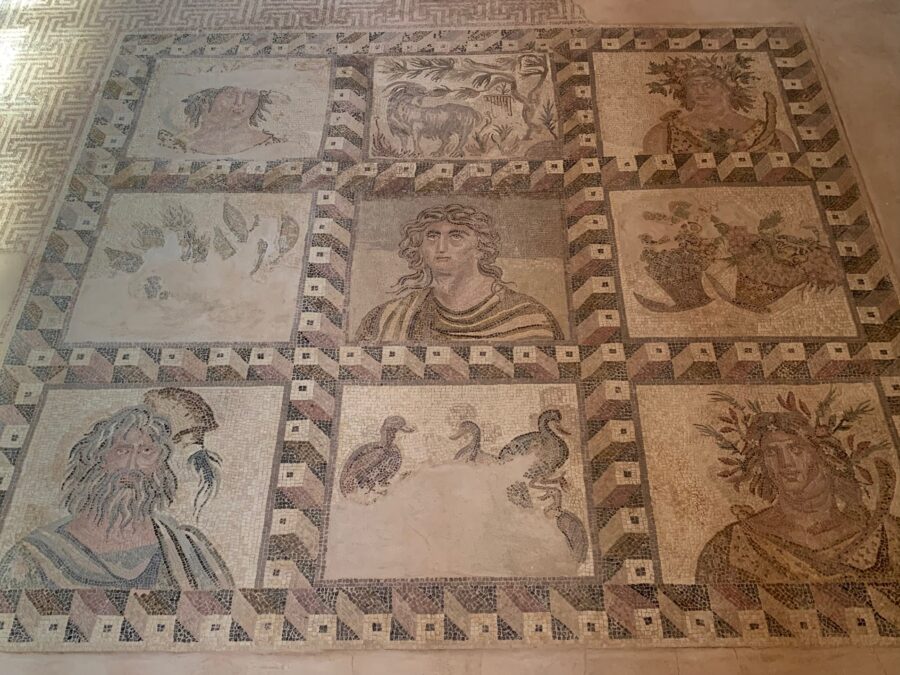 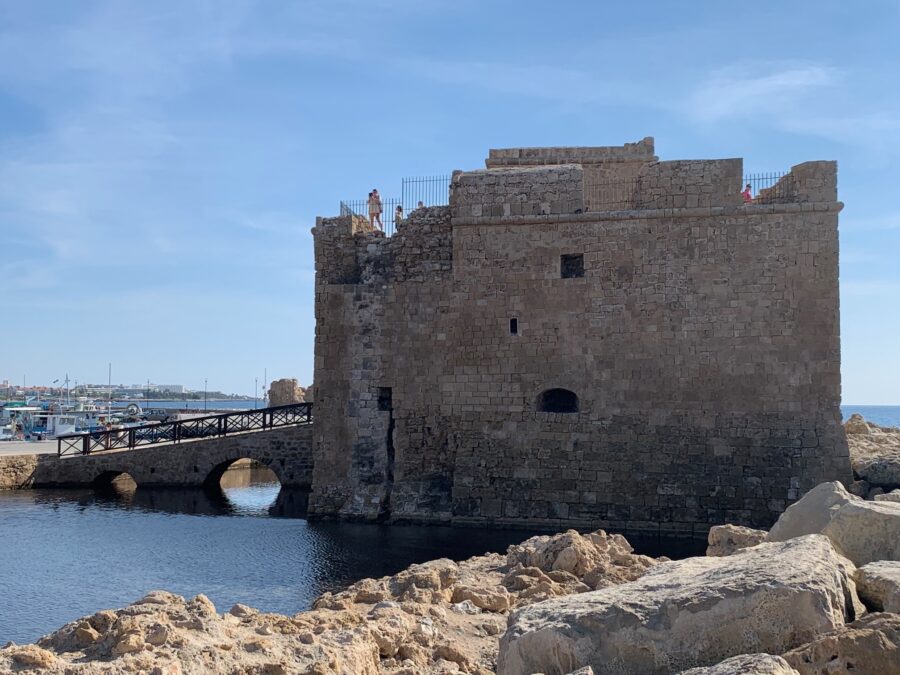 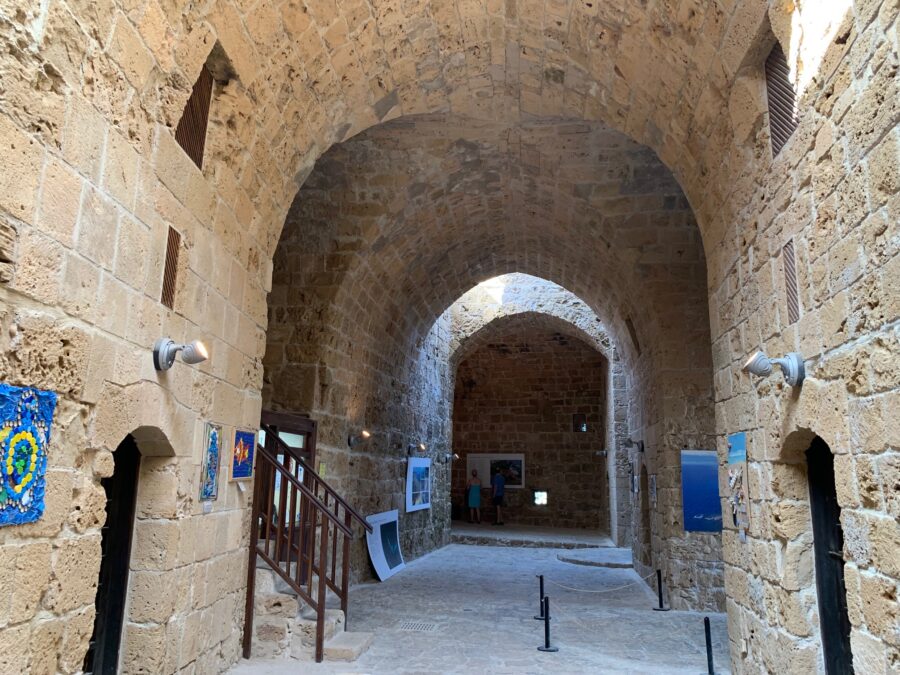 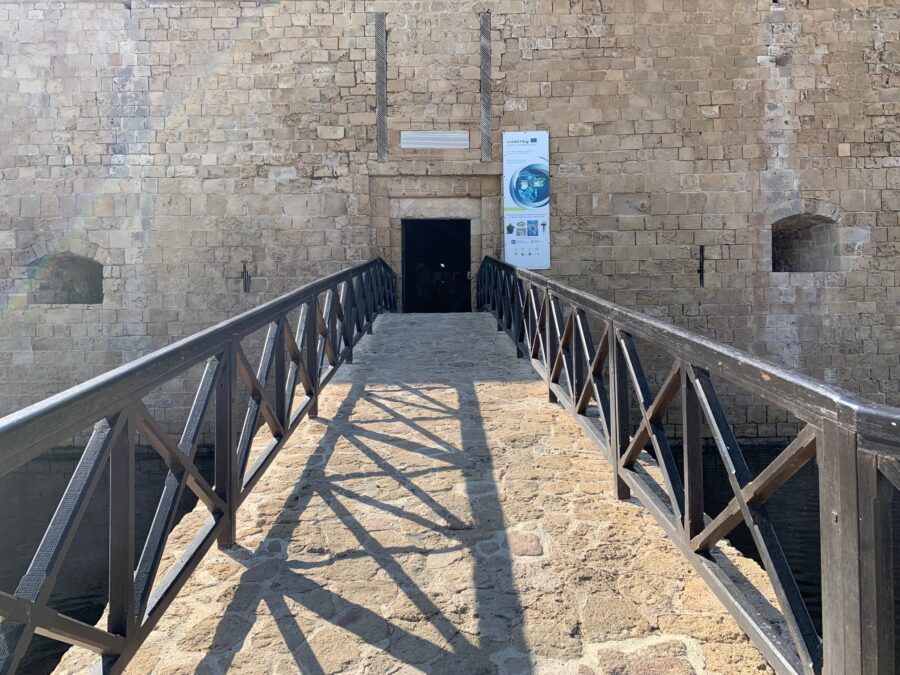 Paphos - Girl sculpture next to the Castle - Her butt is shiny because touching it is supposed to bring luck. - Krista photo 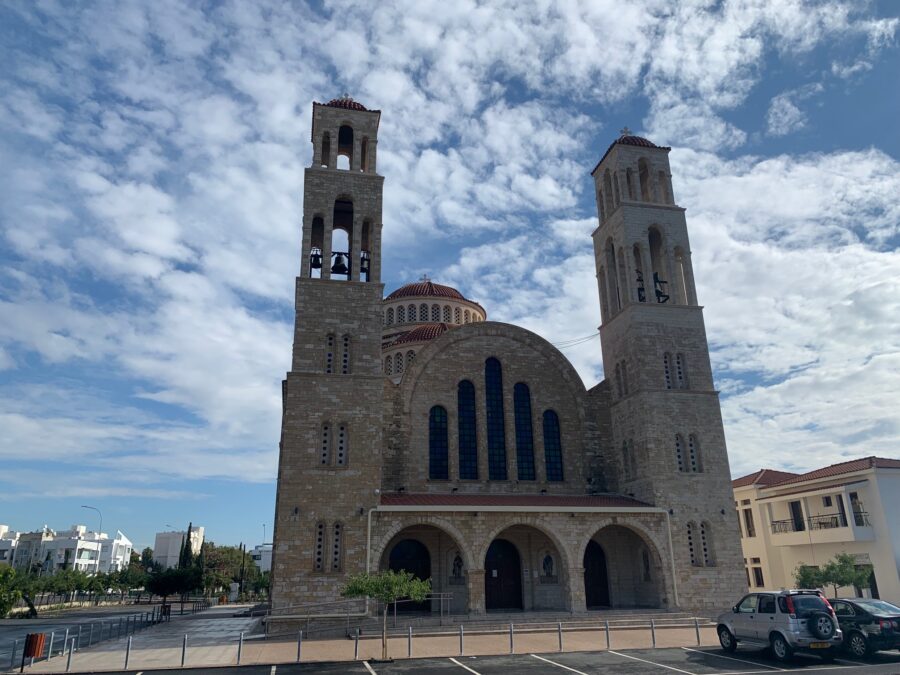