1. Lots to enjoy when it comes to culture history and beautiful landscapes, and you can combine all that with a bit of sunbathing on the beach
2. A great climate by European standards, with a lot of sunshine
3. The enviably laid-back lifestyle of the Cypriots
4. Good food – meze in particular are delicious
5. Friendly locals
6. The Troodos mountains
7. You can easily get by with just English on Cyprus
8. The island isn’t too big, so getting around isn’t so time consuming
9. A good destination for a family holiday with kids
10.Among the beaches, Corallia (coral) beach, named for its fine and beautiful sand
11. Fig Tree Bay, Protaras

1. Temperatures in July can be brutal
2. Drinks and restaurant meals are expensive
3. The sad history of Cyprus’s division
4. Drunk Brits in the bars, and arrogant Russians
5. Overdevelopment in some coastal areas – too much concrete
6. Conveyor belt mass tourism
7. A lot of noise and tat at Ayia Napa in high season
8. Paphos doesn’t really have any distinctive character
9. Holidaymakers generate a lot of trash everywhere
10. The maniacal driving habits of the locals
11. Not many really great beaches
12. The quality of the food in at least half the restaurants on the Greek part of the island is average at best. 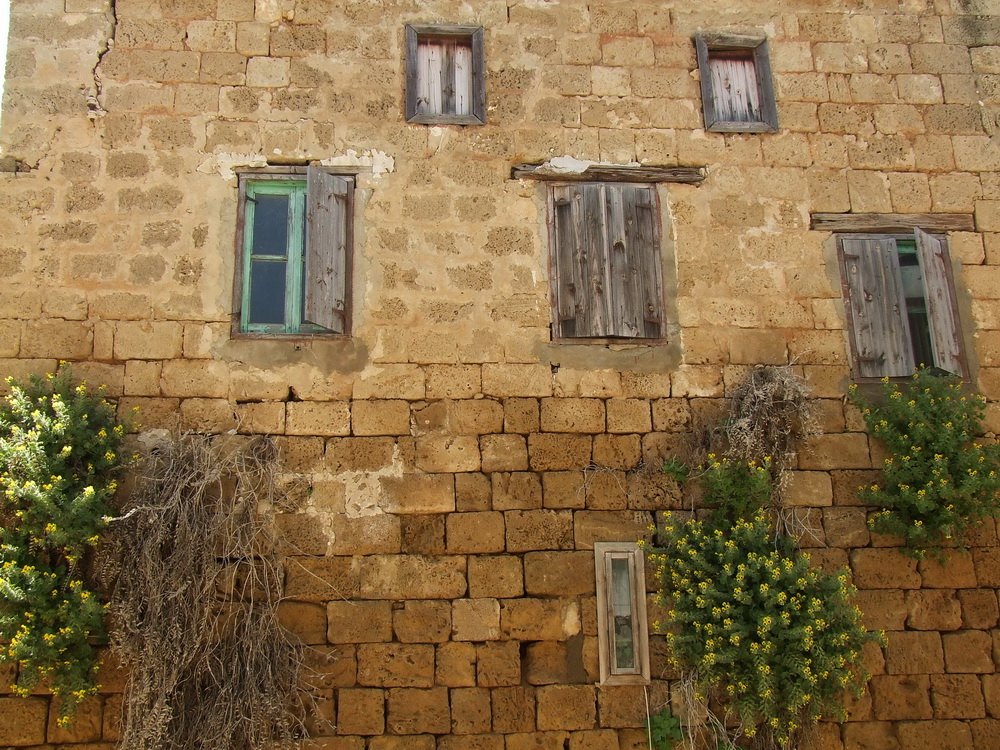 Cyprus didn’t do it for me. I found it very bland, in every sense of the word. The Cypriots live as though they’re on a Greek island, but apart from the fact that most of them speak Greek, I couldn’t see many other similarities. Arriving in a new place, I usually love the discoveries of the first few days – getting to know the local habits, flavors, colors, smells, music, architecture, atmosphere, and slowly a patchwork, mosaic impression of the country is formed in my mind. Well, for me, it was precisely these things that Cyprus lacked. Not really Greek, not really Turkish, but without any distinctive identity of its own, either. A bit ‘lukewarm’.

Likes
The hospitality of the locals. The food and wine. Hiking in the mountain, and taking a boat trip to a bay, where we dropped anchor and jumped in, to swim in the crystal-clear water. The beaches are the most beautiful parts of Cyprus. The water in the area around Aya Napa is indescribably lovely, and the temperature is like a warm bath, even when it gets deeper.

Dislikes
The bare, barren landscape close to the coast (though at the start of the year wildflowers bloom, and the countryside becomes much more varied and interesting up in the mountains). The towns – monotonous, monochrome buildings. Witnessing the tension – and occasional rows – which erupt between the island’s Greek and Turkish populations, while oblivious tourists sun themselves on the beach.
The longstanding ties with the UK mean that a lot of Brits live or holiday on the island, and every British brand is present here. It’s interesting to note that even Taco Bell, the famous American fast food chain specializing in Tex-Mex, has a few outlets here.
I don’t think that the holiday activities offered on the island are a good deal in terms of price/value. It’s one of the most expensive holiday destinations, but it can’t provide anything like the sights and experiences you might find on a Greek Island. I’d recommend a hike in the Troodos Mountains, a trip to the monastery of Kykkos, taking a dip in the foam at the Rock of Aphrodite, sunbathing and swimming at Nissi Beach, jumping into the water on a yacht trip, visiting the Turkish part of the island, tasting the wine and eating at least one meze.

I’ve just come back from my first trip to Cyprus, and it was a very pleasant experience. First, the weather: at the beginning of May it was already 30°C, and a lot of people were swimming in the shallow, sky-blue waters by the bay. All winter the weather on the island is like spring, with temperatures around 20°C, and even if it’s too cold to swim, it’s still wonderful to hike on the island, or even just relax, when it’s green and blanketed with colorful Mediterranean flowers. Weddings can be held here all year round.

The island’s Mediterranean cooking is equally colorful: fruit and vegetables ripen in the sun all year round. It hardly rains from spring until autumn, and that’s when the island loses its green color – still, the diverse range of beaches with their crystal-clear waters more than compensate.

An interesting fact: When they built the Aswan Dam, they ‘turned off’ a major source of nutrients to the Mediterranean Sea. This means much less plankton, fewer small fishes, and in general, unfortunately, a significant reduction in underwater wildlife. On the other hand, there are now absolutely no sharks!

The island has a sort of cult surrounding cats. They love cats, but don’t like dogs much, as they’re believed to spread diseases. We hardly encountered a single dog on the island. Cats, on the other hand, are everywhere, and even prowl around the tables of hotel restaurants, though they were never a problem.

Many complain about Russian tourists, but the only Russians I met were pretty young girls striking professional poses for their social media pictures, as well as a few families with young children. Not, in other words, the noisy, buffet-devouring Russian holidaymakers of legend.

A lot of 16-17 year old British kids travel to Cyprus for parties in the summer, and the tour guide told us of the fairly extreme behavior they sometimes engage in. In Agia Napa, for instance, she told us that parents are very wary about letting their children go outside after dark…
All in all, Cyprus is a great place for a holiday, with everything you need: beautiful beaches, good accommodation, friendly people, cultural activities and culinary experiences:” (m.m., 2016) 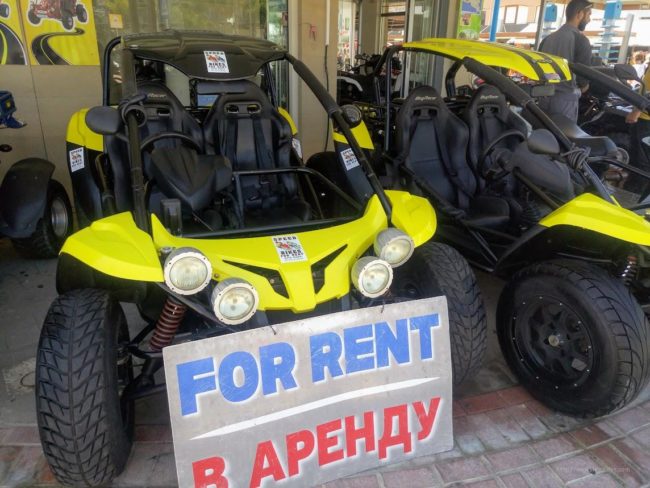 “Don’t stick to one restaurant, and take a good look around before you choose one. Each restaurant generally has a ‘special offer’, which is meant to tempt you in. If you like the look of that dish, it’s probably worth choosing it, since it’s cheaper than the a la carte options and often very good – after all, they want you to come back.

Personally, I’d recommend eating as much and as many kinds of fish as possible. Meze, which are a bit like tapas, as also practically obligatory, both in meat and seafood forms. They prepare a meze selection for a minimum of two people, and it isn’t cheap, but you’re guaranteed a huge range (and volume) of food! It’s worth trying a smaller dish in the restaurant first, to test it out, because quality varies considerably.” 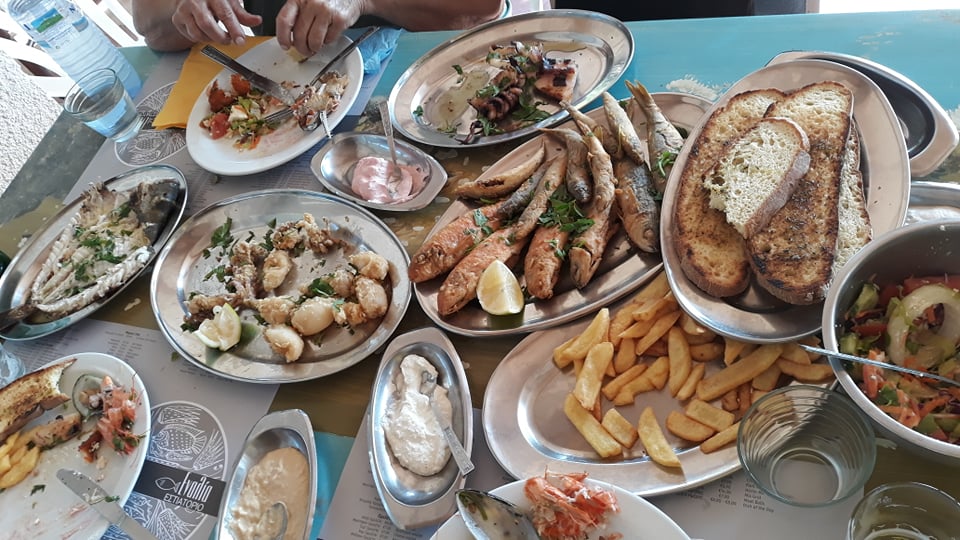 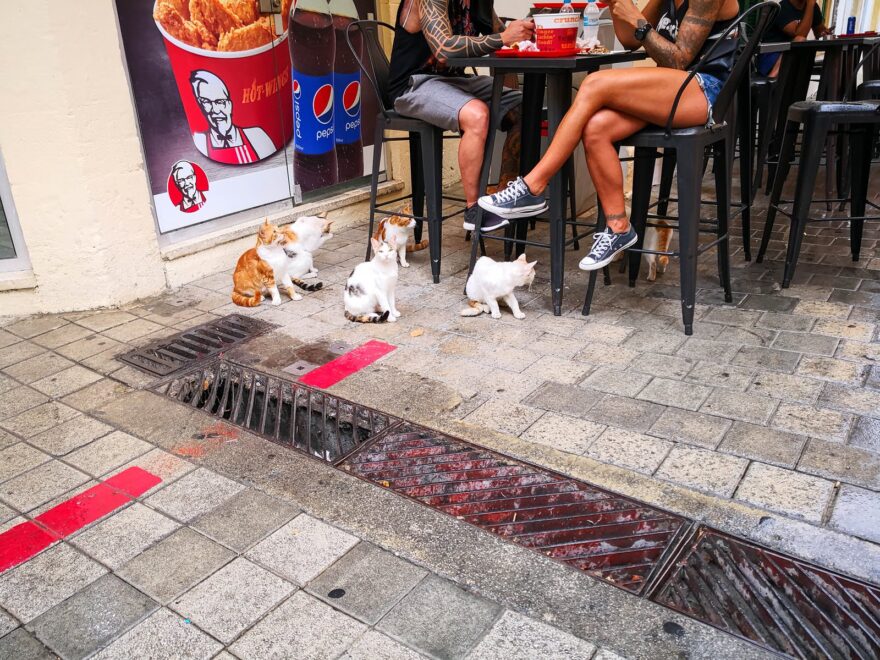 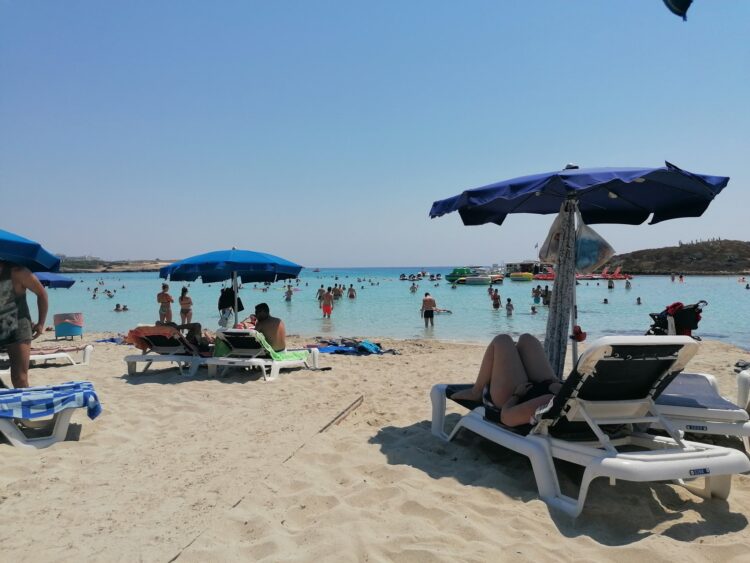 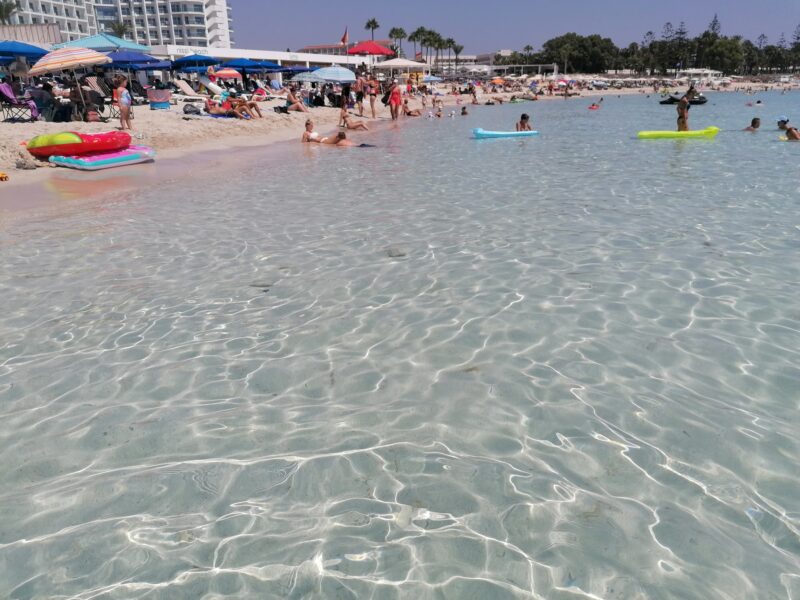 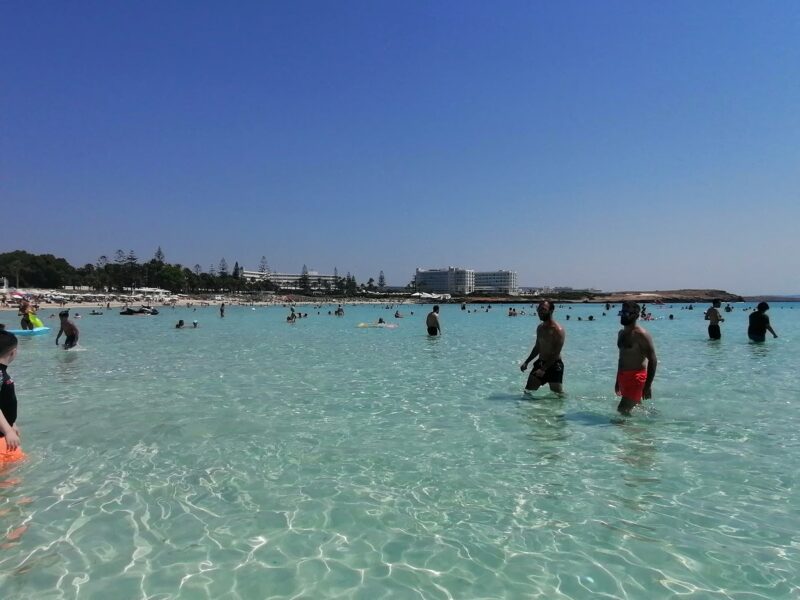 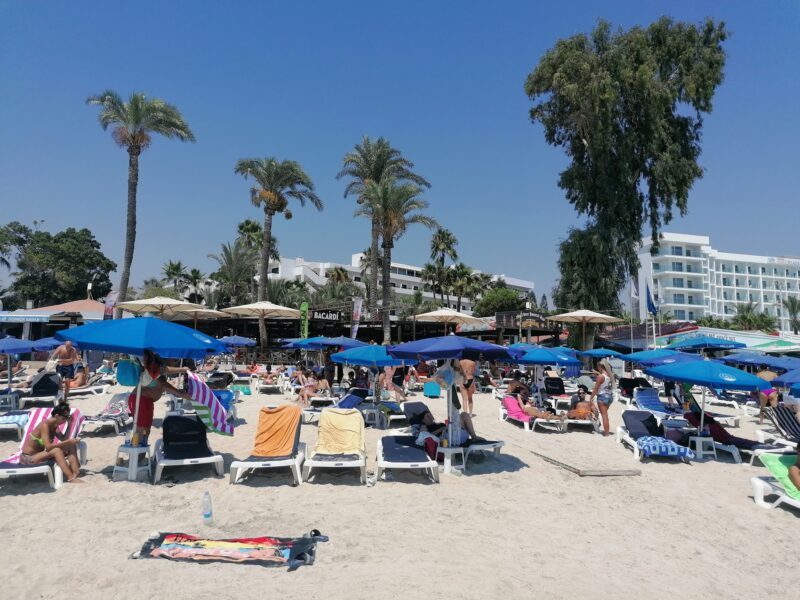 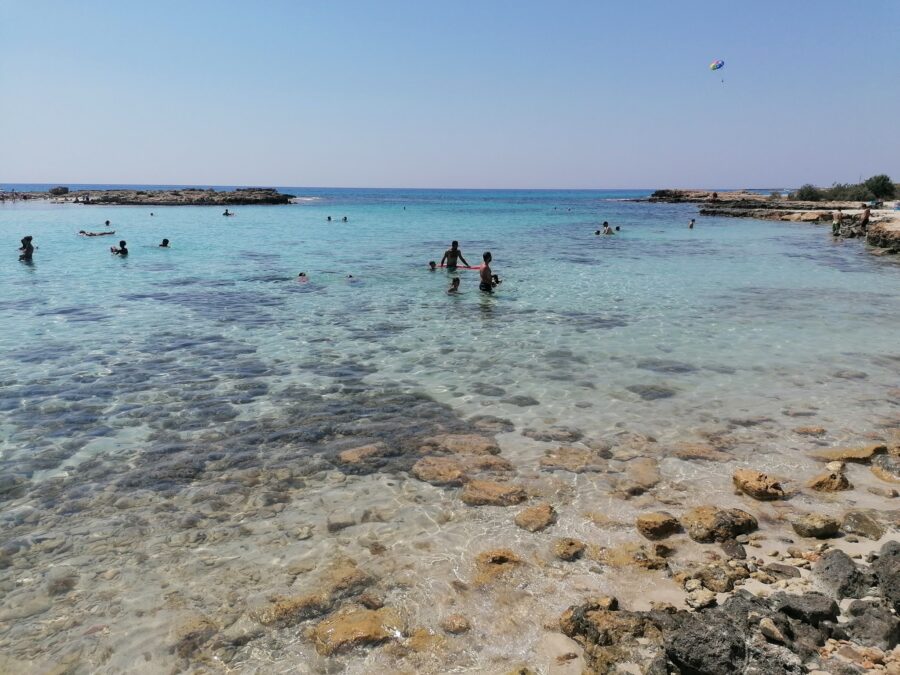 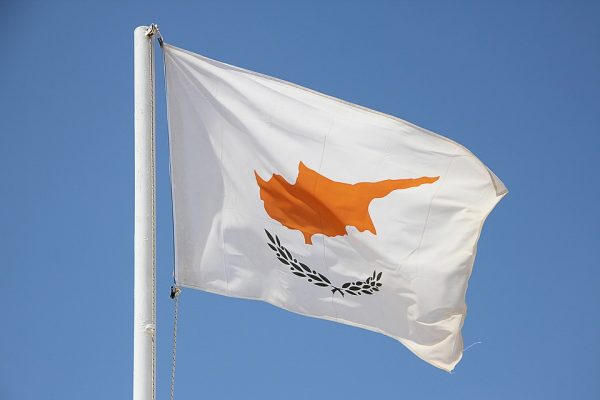 Cyprus is an island country in the eastern part of the Mediterranean Sea.

The island has been divided since 1974 by a political and ethnic conflict between the Greek majority and the Turkish minority (supported by Turkey). 78% of the entire island’s population is Greek (religion: Greek Orthodox) and 18% are Muslim Turks. The Greeks live in the southern part of the island, and the Turks in the north. Turkey occupies this northern territory and considers it an independent state (the Turkish Republic of Northern Cyprus). Not a single country in the world (except for Turkey) acknowledges the legality of this entity.

Since the fall of the Berlin wall, Nicosia is the only city in the world divided between two nations.

As a result of this strange situation, we have to actually consider two different tourist destinations: Cyprus and Turkish-ruled Northern Cyprus.

The official currency in Cyprus is the Euro, while in Northern Cyprus it is the Turkish Lira.

Cyprus is a member of the European Union.

There are 4 international airports on the island: Larnaca (LCA), Paphos (PFO), Nicosia (NIC) and Ercan (ECN) on the Turkish side.

All flights connected with Ercan airport originate from Turkey.

Driving is on the left. (Cyprus was ruled by the British until 1960)

Cyprus is a safe country.

Shit happens: Many visitors find it inconvenient that you cannot flush used toilet paper (you have to put it in a trash bin near the toilet).

Regarding tourism, Cyprus is primarily a beach destination.

The optimal timing for an active (cultural) trip is from March to May and in September-October. June, July and August are best for a beach holiday. Cyprus has more than 300 days of sunshine per year.

Some notable tourist attractions: the Greek part of Nicosia’s Old Town, the Old Town of Limassol, Ancient Kourion, Karpas Peninsula, St Hilarion Castle, Koloss Castle, the villages of Troodos, the whole of Paphos is a UNESCO World Heritage site (Tombs of the Kings)

In the Turkish Northern Cyprus: Ancient Salamis, the historic harbor of Girne (Kyrenia), the ghost town of Famagusta

We have divided opinion on Cyprus. 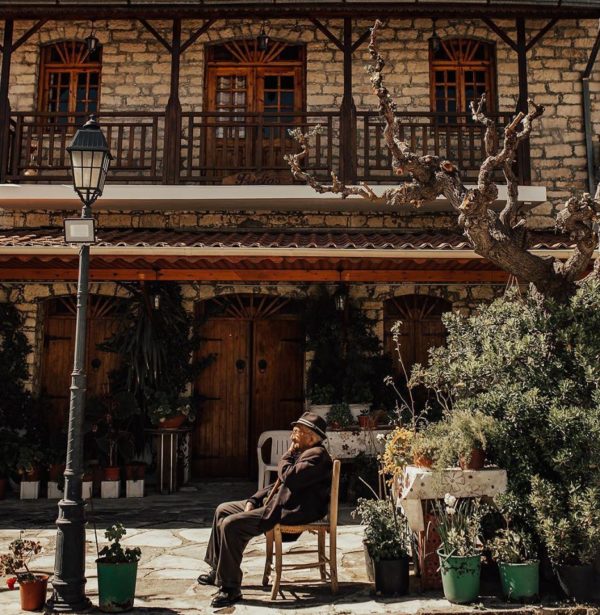 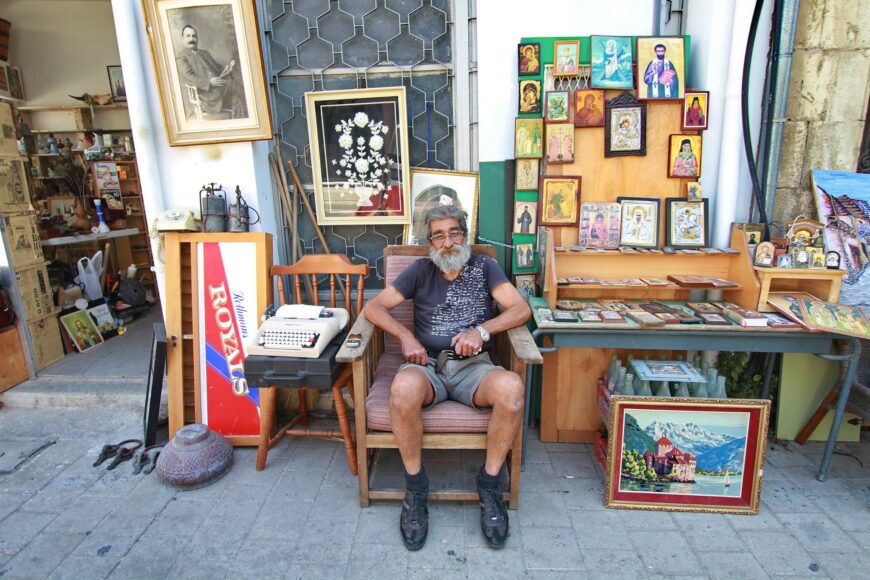 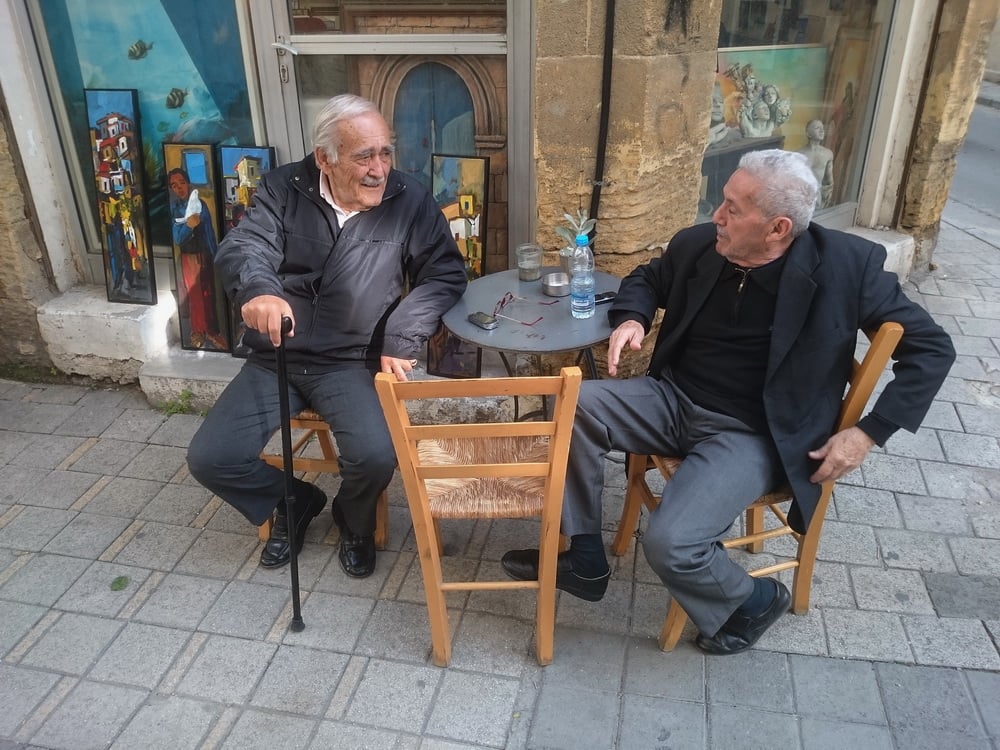 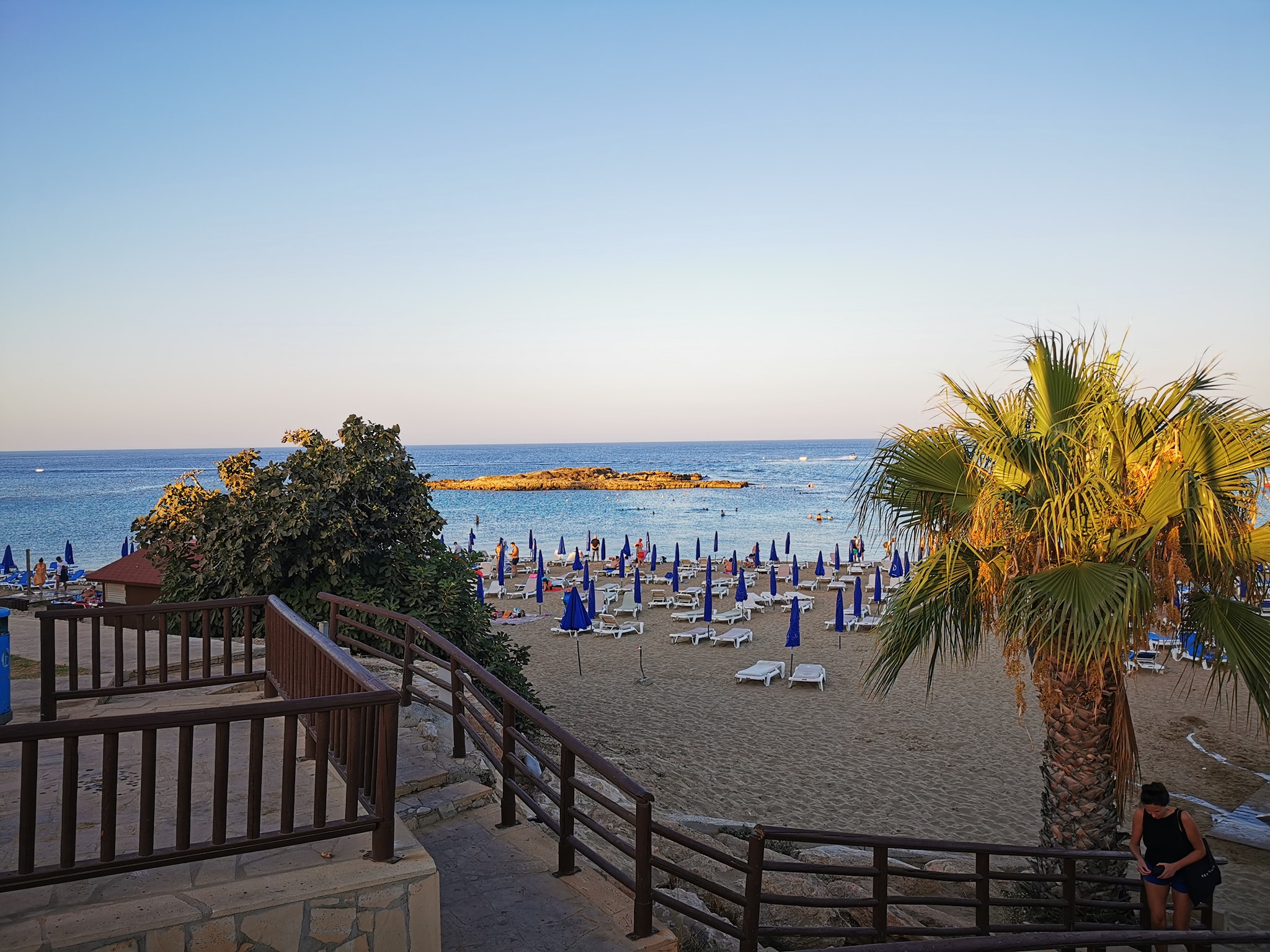