1. Exciting nightlife
2. Wide range of shopping opportunities (e.g. Greenbelt 3)
3. Some monuments with interesting historical backgrounds from various cultures (Spanish, Malaysian, Chinese, Arab, American) and a few noteworthy modern buildings
4. Seeing the many interesting people, colorful bustle and energetic life of the city
5. Almost everything is open 24 hours a day
6. The locals’ love of life
7. The 16th century Intramuros
8. The dessert dish they call halo-halo
9. Walking along the 1.5km promenade near the Mall of Asia and watching the sunset
10. One of the oldest Chinatowns in the world

1. Polluted air, smog, dirt and overcrowding
2. The appalling, chaotic traffic situation and associated noise
3. The sight of impoverished districts, and the contrast between rich and poor
4. The lack of self-discipline and attentiveness among the locals
5. The filth in many alleyways
6. Some moneychangers try to cheat
7. The large numbers of begging children
8. Some taxi drivers have rigged meters – very sneaky!
9. The absence of signs to help tourists navigate the city
10. Conmen who focus on tourists

“Metro Manila is extremely crowded. The city itself has a lot of ghetto areas, and houses with tin roofs, so it isn’t very beautiful. Over the past century or so the city’s architects haven’t really exerted themselves creatively, so there aren’t any historical or architecturally exciting neighborhoods, but they’ve been energetic in other ways, erecting huge skyscrapers, shopping malls and highways. Infrastructure on the public transport level, however, has stalled. There is an elevated railway with about five lines, but it’s often very crowded. Sometimes I had to let two pass before I was able to find space in the third. You can also get around by jeepney, trike, pedicab, FX and plenty more, but it’s probably best to get your own car, because it can really come in handy – especially if you’re out in your flip-flops and a tropical storm breaks. (2016)”

“Manila really isn’t beautiful, and isn’t even particularly interesting, but it’s still far better than Jakarta. The historic center could easily be seen in a day – and in fact even that would be too much. The war truly destroyed everything, and even the cathedral of Manila, for example, is in its ninth incarnation. The city has been obliterated eight times – by fire, tsunami, earthquake and artillery fire. In their place, I’d have started wondering whether someone up there really doesn’t want a church here. By the cathedral is a Spanish fortress which is barely worth mentioning, and a similarly unremarkable abbey. These are the principal sights.” (2015)

“A city of a thousand faces, with everything from palaces of glass and steel to the most impoverished slums, and of course the unmissable Chinatown as well. The poor are not isolated in remote ghettos, so the rich SUV driver can wave to the deeply impoverished family across the street as he drives out of his gated living complex.
Crossing the street at a ‘pedestrian’ crossing is a serious challenge in Manila, as the highway code is at best a joke here. Interestingly, though, we saw no sign of collisions, or even the merest fender-bender.
China dominates the economy of the Philippines, from the smallest boutiques to the construction of the largest skyscrapers. It’s only in politics, they say, that they don’t interfere. (B. A., 2018)

“Even in a world of cut-throat taxi drivers, the taxi drivers of Manila stand out for their dishonesty. They are only willing to switch the meter on in the rarest of cases. Occasionally they graciously agree to switch it on, but we will add fifty or a hundred pesos to the total shown. They demand a surcharge in the evenings, and outright refuse to take you to certain districts because it is far away, and they have no chance of getting a return fare.” (2008)

"The traffic is simply atrocious. It takes hours to get anywhere, so it really is worth considering whether it might be better to walk. Besides cars there are also a lot of ‘jeepneys’ – basically a sort of open minibus that can accommodate 10-15 people. It is usually very garishly decorated, and no two are alike, but the route it takes is always written on the side, and it's pretty cheap to use. I’ve also seen some “tricycles” – actually, a metal box attached to a motorbike that allows 3, 4 or even 5 can people to be transported (I’ve occasionally seen even more extreme cases!!)”

“Manila’s entire public transportation is handled by three crumbling suburban railway lines and jeepneys. This means of transport, which is characteristic of the Philippines, is seen absolutely everywhere on the streets. These are minibusses originally made from American Jeeps that remained there from World War II. They follow a particular route, people jump on and pay, and when they get to their destination, they jump off. Their colors and motifs painted on their side evoke one of Dali's particularly mentally ill periods, and almost all have ridiculously overblown, inappropriate names: " St. Christopher III," "Spirit of Elvis Presley," "Immaculate Conception," "Heavenly Savior," "St. Joseph" and so on… :)” 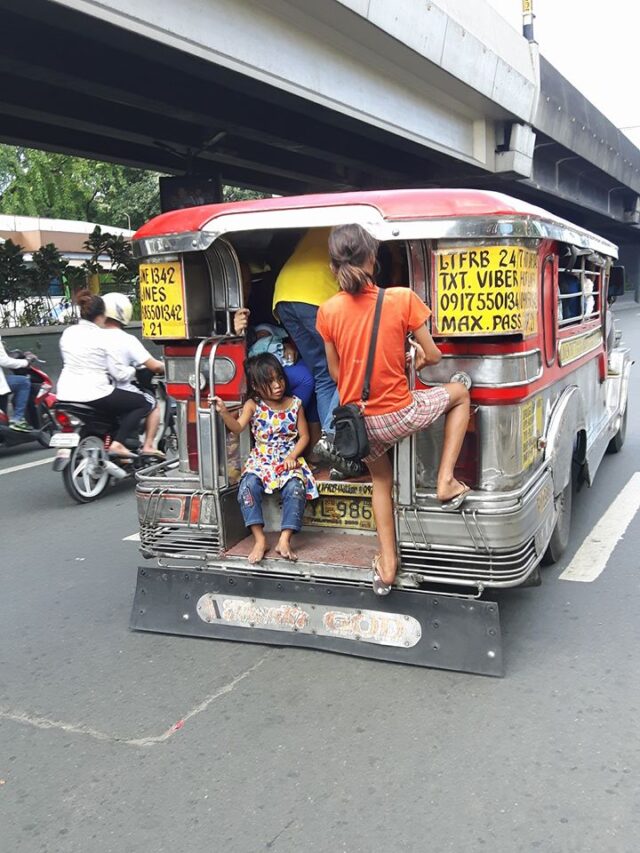 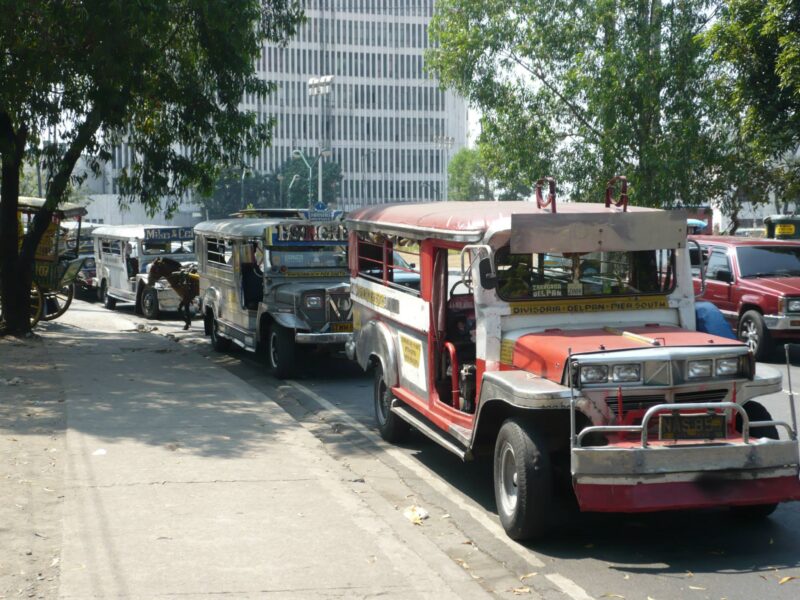 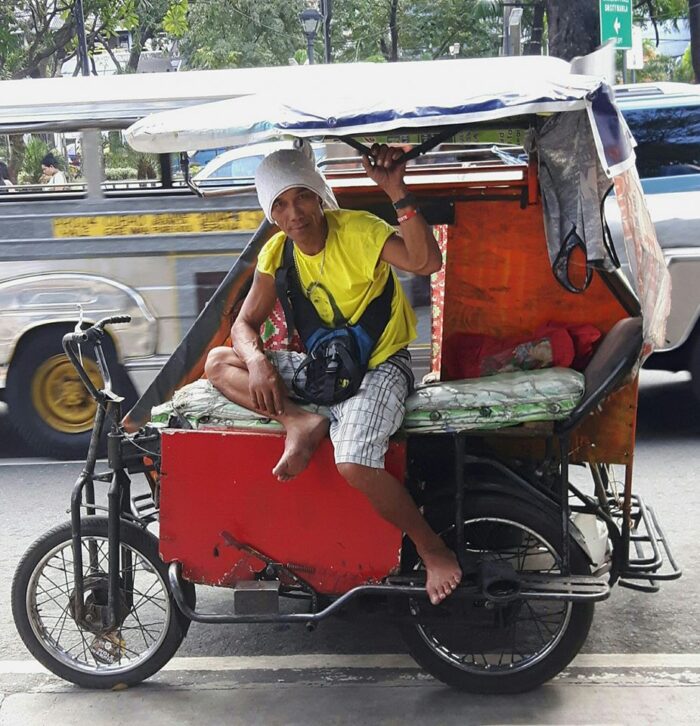 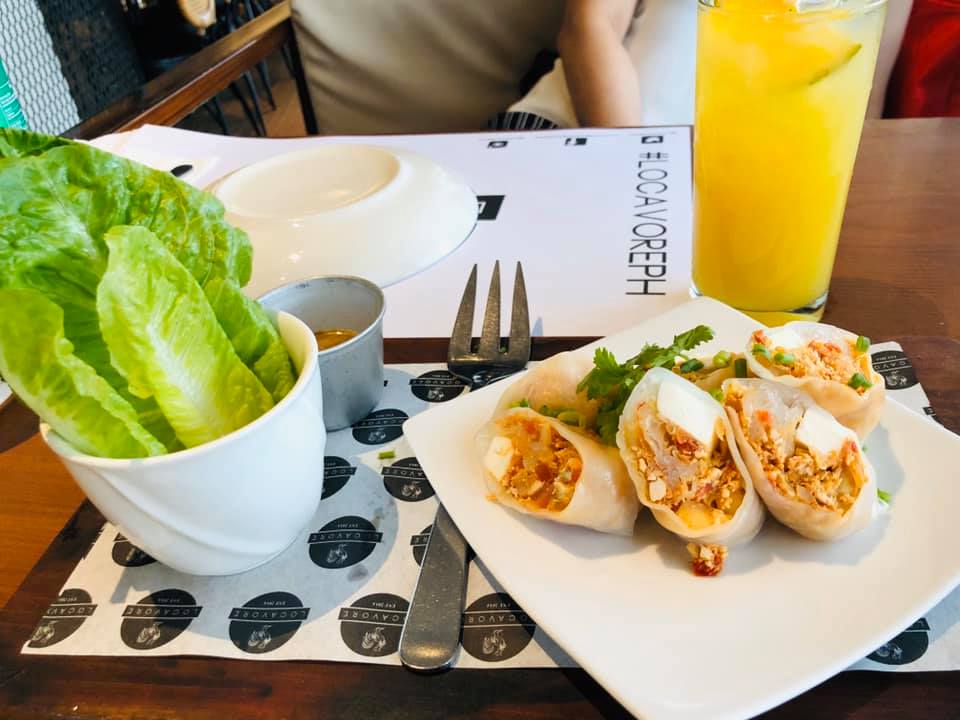 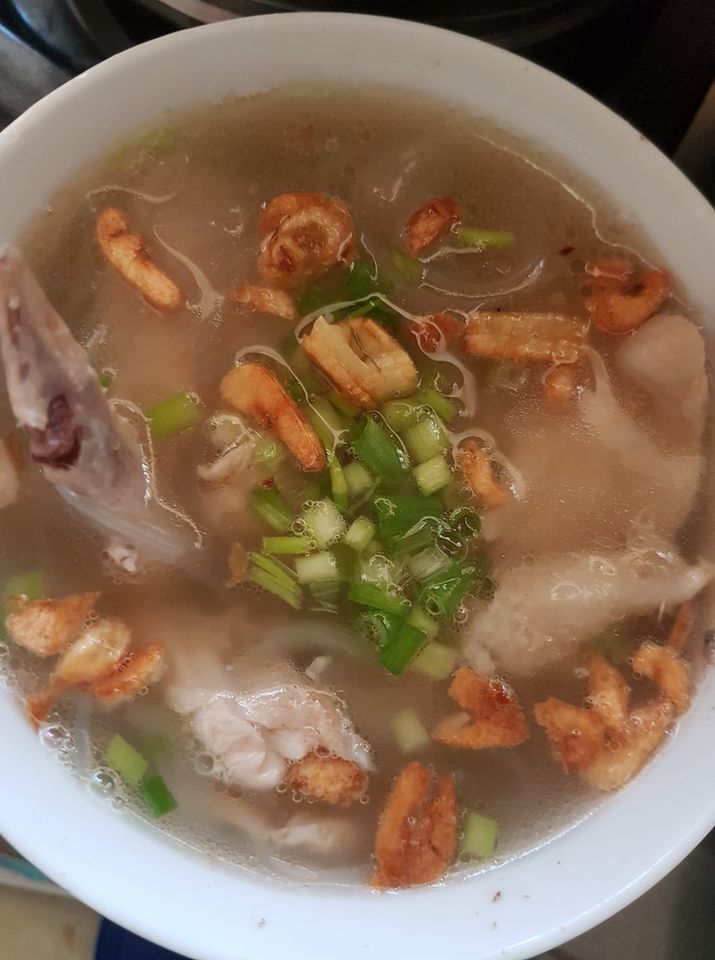 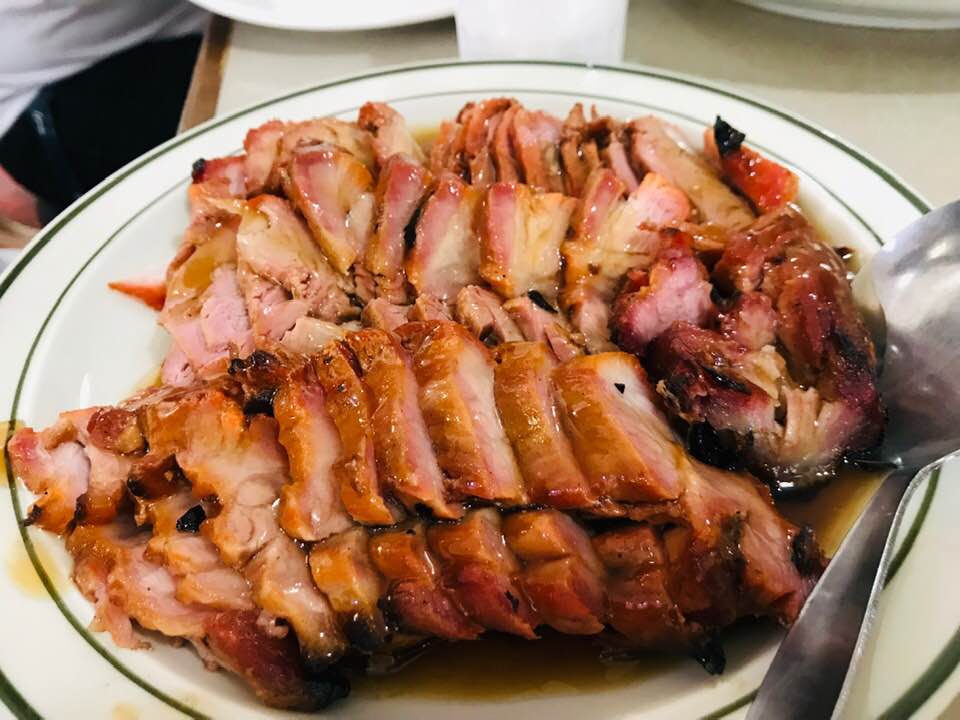 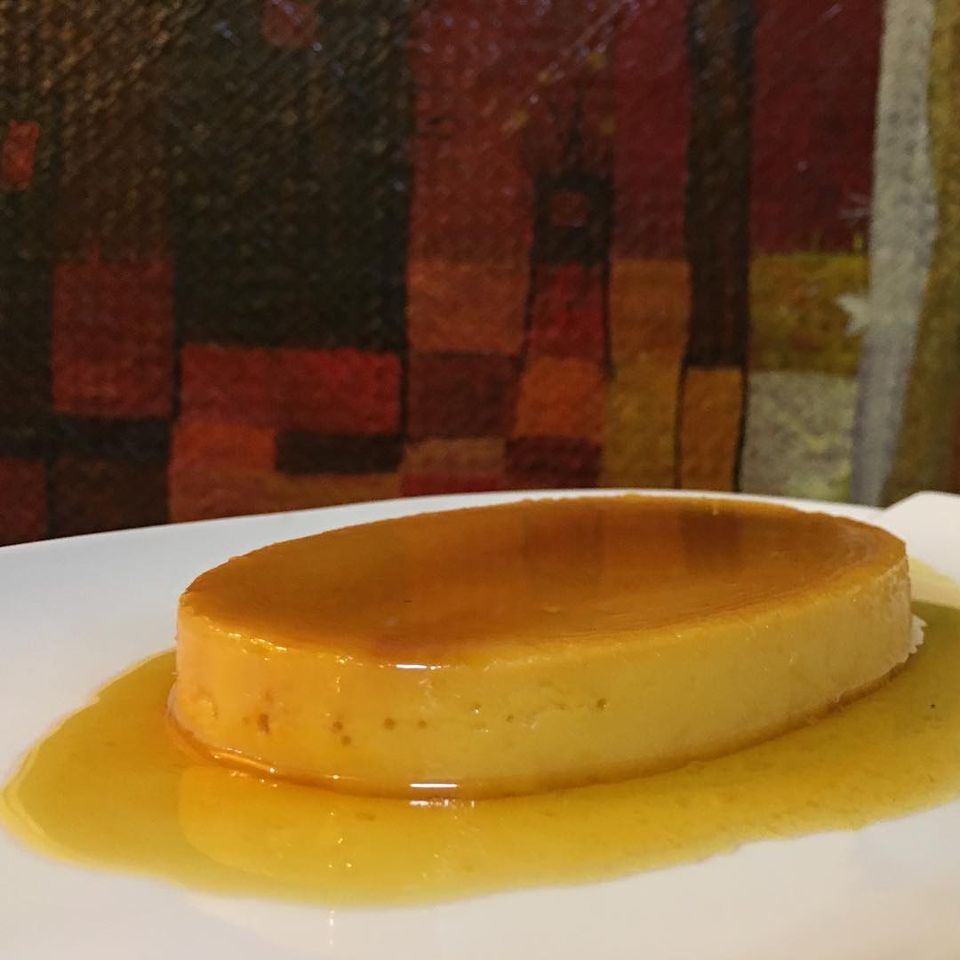 Manila is on the southern part of Luzon, the largest island of the Philippines' 7,000 islands. Manila got its name from a plant called nilad.

In Manila and the region, Tagalog is the official language. Tagalog is a mixture of Arabic, Chinese, Spanish, Sanskrit, and several other languages ​​(loanwords, etc.). In Manila, everyone speaks English. Kids start to learn English in elementary school.

In Manila, basketball is the most popular sport. 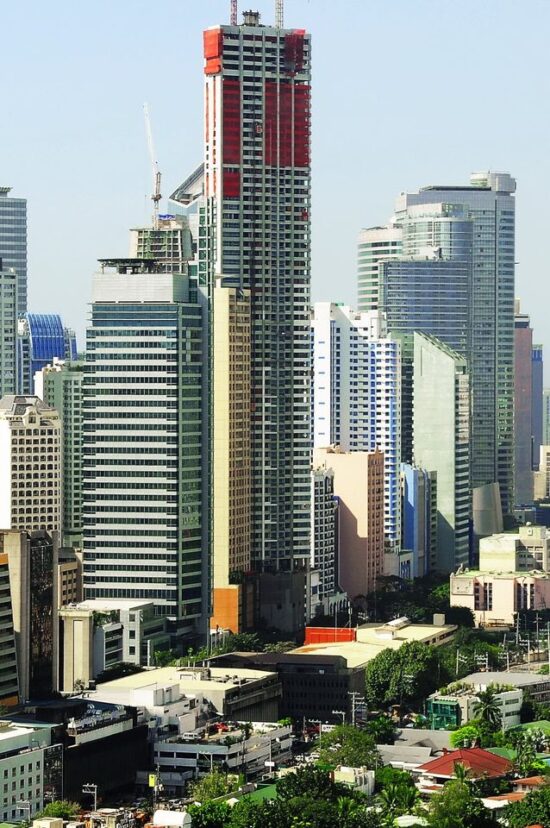 “The people are very clean and pretty (average height 150 cm 😊) I never saw anyone, either man or woman who wasn’t impeccably dressed. There are almost always a lot of people on the streets, but it gets most crowded at lunchtime when everyone leaves their buildings and goes to lunch! Lunch is eaten here at exactly noon, no matter what’s going on. If something seems about to break five minutes before noon, then it’s going to break. And if you have to leave something half-finished, well, that’s no big deal. 😊” 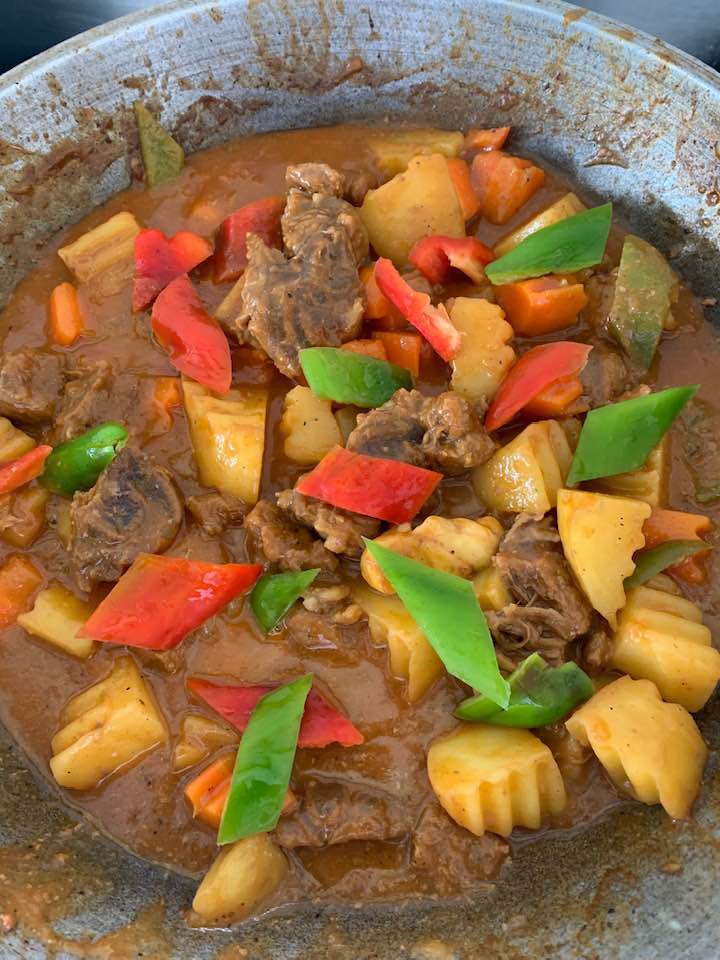 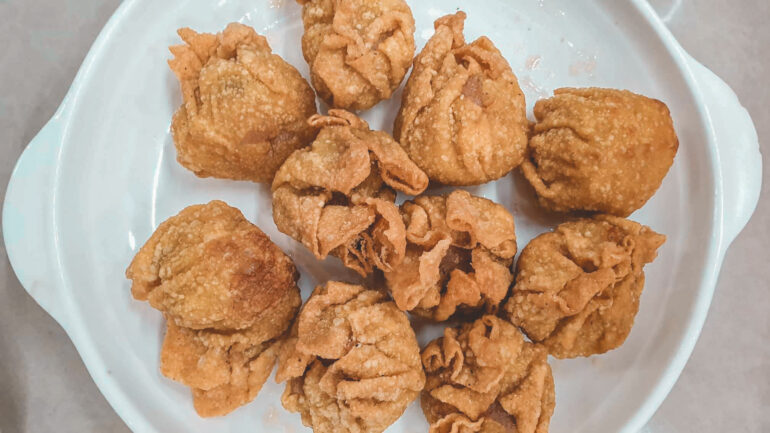 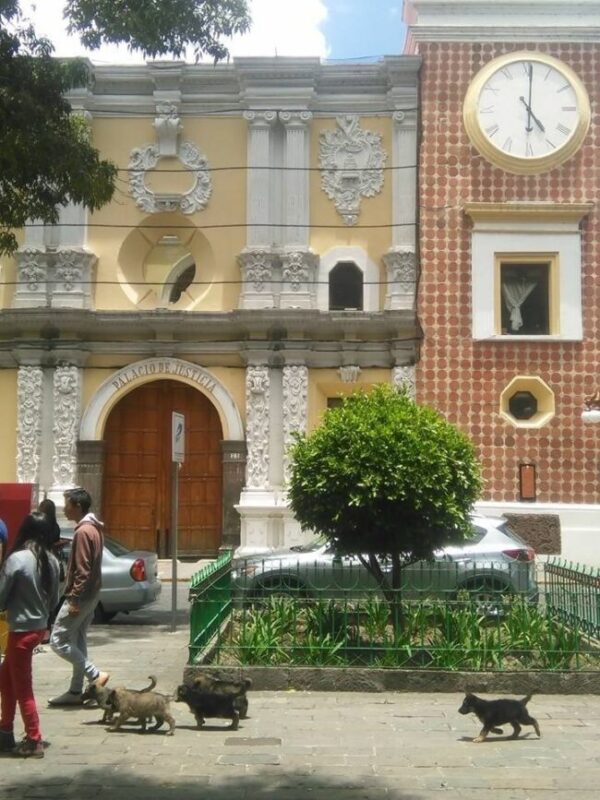 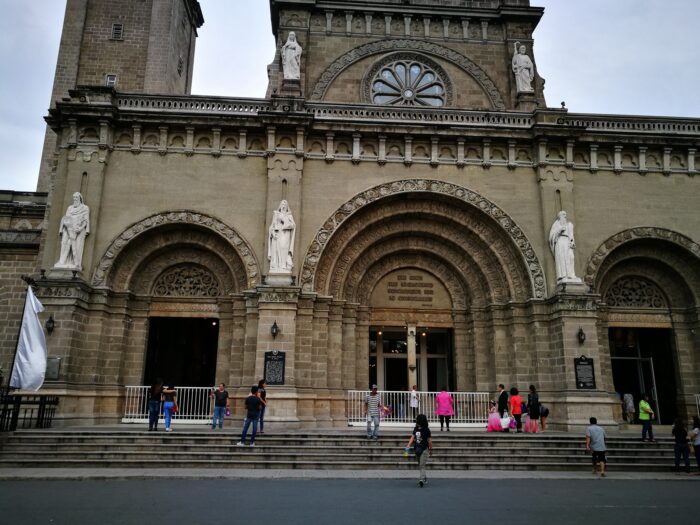