1. The relaxed charm of the locals – music and singing everywhere
2. The sight of the Chocolate Hills
3. Good transport, and compared to Indonesia the roads seemed deserted
4. The choice of local pot-cooked food. We never found a real restaurant, but the stuff in the pots was tasty and fresh
5. The pastries
6. An almost Cuban atmosphere, with lots of cheap rum
7. Gorgeous Anda Beach, with dazzling white sands and tropical palm trees. There were only one or two other people in sight, and the water was a spectacular azure blue
8. Discovering the local area by trike
9. Tarsiers are very cute
10. The Python snake park, where a ladyboy gave us a very funny introduction, and even sang a song for us :)
11. The beautiful churches
12. Buses were easy to use
13. Losing yourself among the local people
14. Taking a river cruise amid verdant palms, while eating a delicious lunch buffet and listening to live music. Back at the dock you can even get a massage

1. If you ask a taxi driver for a price he’ll often quote you a figure three times as much as he’d charge a local
2. Having to haggle over every price gets exhausting
3. The buses seem to race one another, to see how can get to their destination the fastest, meaning they’re dangerously reckless
4. In many hotels the water pressure wasn’t high enough to take a shower
5. Internet doesn’t work reliably
6. Not so many cars, but drivers don’t pay attention. We saw the aftermath of an accident in which a car hit a pedestrian, so be careful when out and about

“Someone at the Philippine tourist ministry must have decided that the Chocolate Hills of Bohol were a big deal. Here, in the middle of the island, are more than a thousand of these strange bumps. In spring and summer the sun makes them glow brown, which really does make them look a bit like chocolate. In fact, they’re the leftover debris from ancient coral reefs, and not nearly as impressive as the ads make them out to be. What really makes this place worth a visit (and be aware, from Central Europe you’re talking at least four flights to get here) are the tarsiers. They’re among the smallest primates in the world, and unbelievably cute. One reason for this is their eyes, which are the largest relative to their body size of any mammal. Together, the tarsier’s two eyeballs are larger than its brain, and for some reason humans are drawn to animals with big eyes. What’s more, they’re small and furry.

Unfortunately, these three attributes almost led to the poor animals’ extinction, since Asian tourists evidently weren’t interested in the fact that in captivity, especially when handled, the tarsiers barely survived a couple of months. A few years ago it was still common for people to pose for photographs holding them, and the cages regularly had to be refilled. Fortunately the local government has realized what an important asset they are to the island, and now they can only be viewed in a huge natural park, where volunteers make sure nobody touches them. (They’re kept busy).

After arriving in Bohol and checking into our hotel, we immediately hired a car and a driver, who took us round all the major sights of the island the next day. For the benefit of future generations, I will say here and now that boarding the Loboc lunch boat was a bad idea. Poor-quality, cold food at expensive prices – it angered the domestic tourists too – and what’s more, unless you hurry you won’t get anything at all, except maybe the fruit salad: Filipinos generally won’t eat any dish that doesn’t have meat in it. Meanwhile, someone was whining in a loud voice, accompanied on guitar by someone who definitely couldn’t play the guitar.

Later a local explained that it never bothers a Filipino – or the people around him – if he can’t sing, because singing is good. So everyone sings all the time, and very badly. The taxi driver sings along with the radio, the cashier sings in the supermarket, the assistant sings on the boat, and the diver sings as he’s leaping overboard into the water. This is all part of the carefree, cheerful Filipino spirit, which really exists, and isn’t just a guidebook platitude. 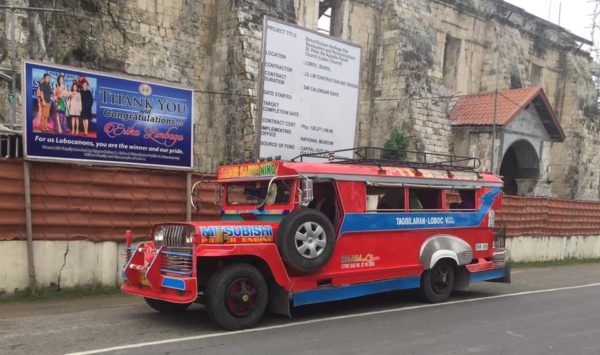 Bohol is an island and also a province of the Philippines, about 700 kilometers south of Manila. It is located in the middle of the Visayas archipelago.

The Bohol region includes the island of Panglao, which is the most developed tourist area there. Panglao has sandy beaches, while the main island of Bohol has no sandy beaches.

One of Bohol’s main attractions is a mini monkey, the goblin, or tarsier. It is two handfuls in size and weighs barely over 15 decagrams.

Due to its geographical location, Bohol is hardly exposed to typhoon hazards! 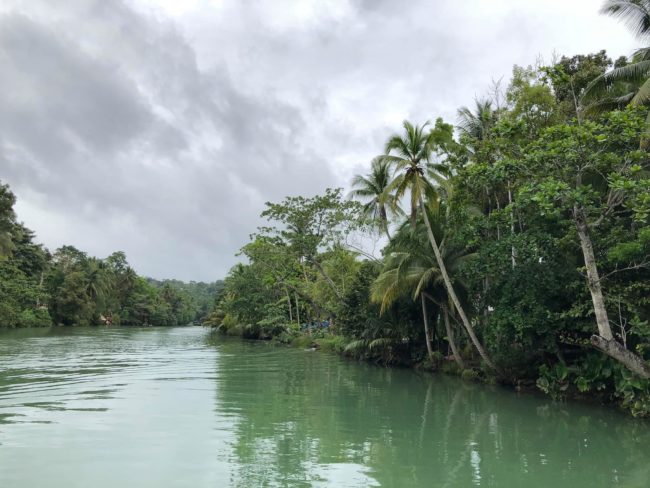 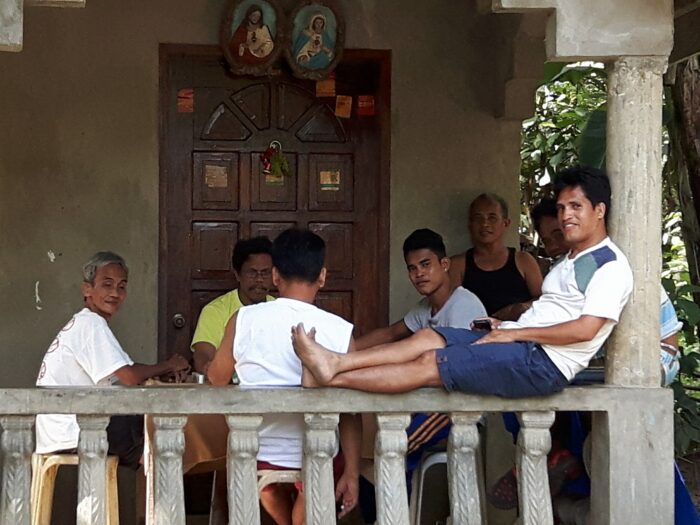 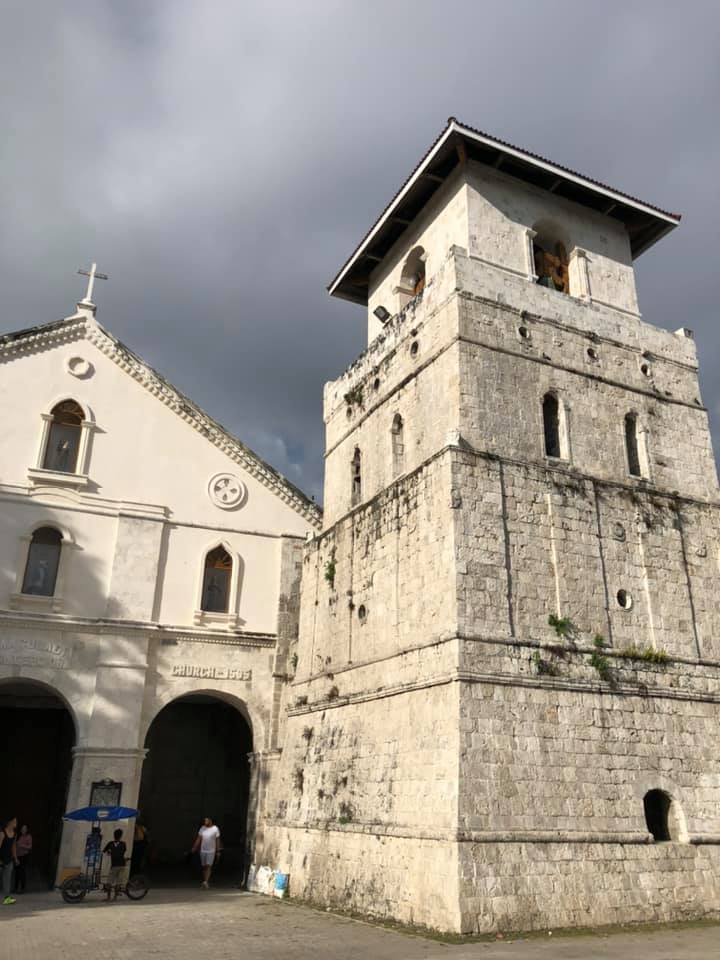 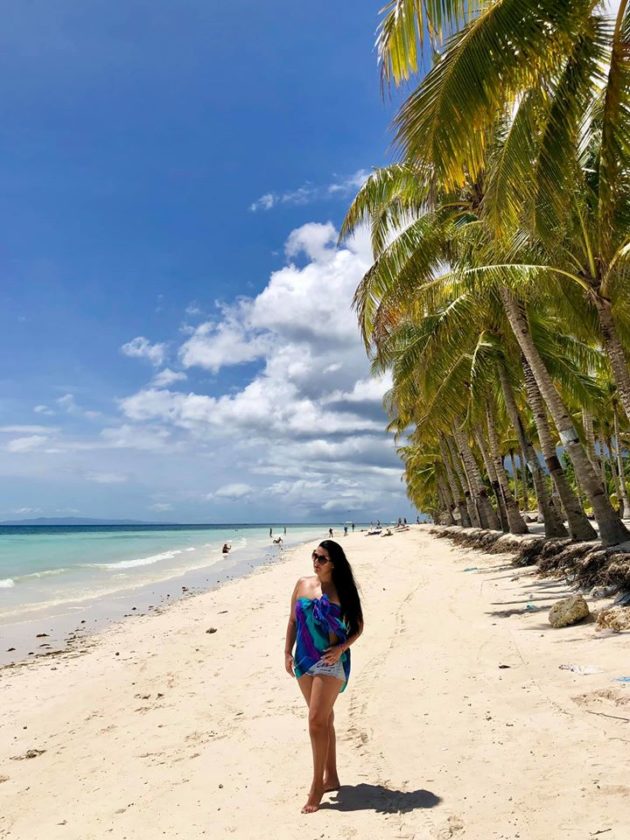