3. Most of the people speak English with a distinctive, lovely accent

4. The way Finns enjoy their short summers; otherwise, they do a lot of outdoor leisure activities throughout the year, many have rural cottages.

5. Having an authentic Finnish sauna experience with frequent jumps into the cold lake

6. The vivid colored wooden houses in the Old Town of Porvoo

7. Delicious rye-breads, the creative use of wild berries in the Finnish cuisine

9. Finns seemed to us honest, modest, friendly in their own, reserved way - nonexistent uproar.

10. The likable peculiarity of Lapland, the traditionalist way of life of the Lapps

1. High price level compared to most European countries, more expensive than Sweden, however cheaper than Norway

2. Finns are reserved, not easy to make friendships, many of them are narrow-minded (those who are not traveling abroad), very introvert, not talkative at all with foreigners

4. Not easy to discover the most important attractions because of the long distances

5. Helsinki as a tourist destination is far less exciting than Copenhagen and Stockholm, compared to Oslo is so-so

6. Finland does not have any world-class cultural attraction; cities are somewhat ,,juiceless"

7. Physically the Finns are not as attractive as the Scandinavians.

8. The drunkards leaving pubs and night clubs are a bit. frightening

9. We came across some locals who were not keen to help us in orientation, likely because of laziness

10. In Finland, there are lots of unique “rules” and “norms,” and well, if you - dare break them, you get a lot of rude responses from the locals. 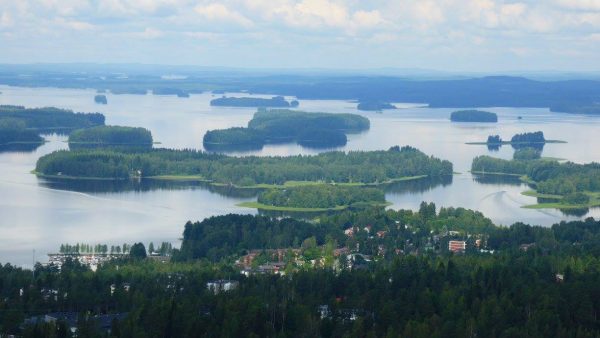 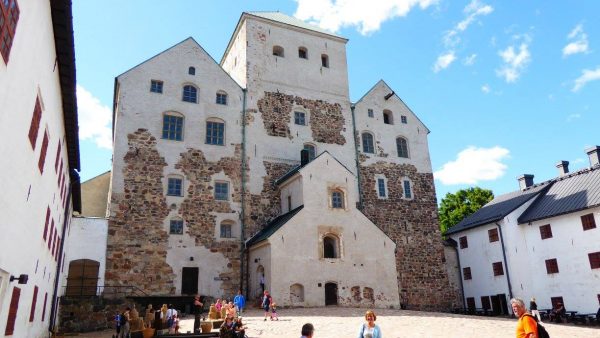 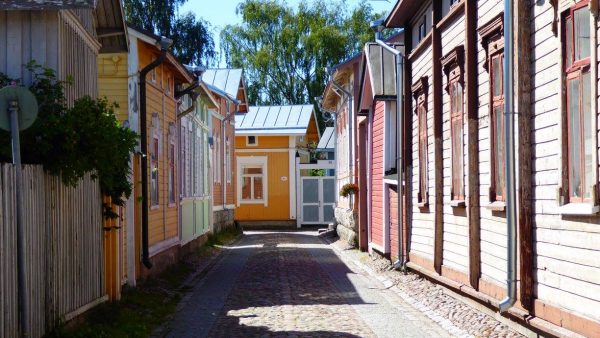 Lapland
Given that we didn’t know just where Santa Claus keeps his reindeer, our sleigh had to be pulled by dogs. In this we were assisted by Husky & Co, a local business specializing in various ‘safaris’ for visiting tourists. A minibus took us from our hotel to the farm, where the dogs were already howling their impatience to get underway.

We were briefed on what to do in various situations, but the main thing was ‘if in doubt, brake.’ There’s no steering mechanism, and in any case, the dogs know the way. My partner then sat down in the front part of the sleigh, where the only cushion was a small reindeer skin tossed carelessly across the floor, so it could hardly be called a comfortable seat. I stood on the backboard at the rear of the sleigh, which was only about half a foot wide, and between my feet was a big pedal with teeth on the underside – if I pressed it down it would slow the sleigh.

Half a dozen dogs were harnessed to the sled with wire cords. Four of them were huskies, but not the pedigree kind which lie in city-dwellers’ laps. These were rock-hard denizens of the tundra, with ugly, matted fur concealing strong muscles, and all looking forward to a spot of exercise. That, at least, is the official version, but I I had a feeling it was a bit like saying what luck galley slaves had – out all day on the water, enjoying the sunshine and getting a bit of sport, and they don’t even have to pay for the boat!

It was a wonderfully uplifting feeling when the sleigh set off, and the journey turned out to be great fun. Or at least it was until one of the dogs defecated mid-run, and his feet kicked the malodorous mixture of feces and snow straight into my wife’s lap. Then, at the next bend, we stopped to give the dogs a pee break, as to that point they had been given no opportunity to attend to that need. Just a few hundred yards further on we came to a wall where other dogs had peed, and the pullers decided it was necessary to stop for a little sniff. 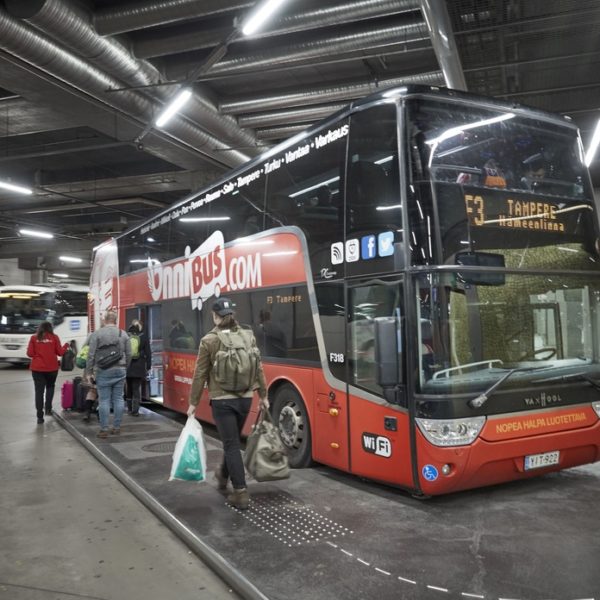 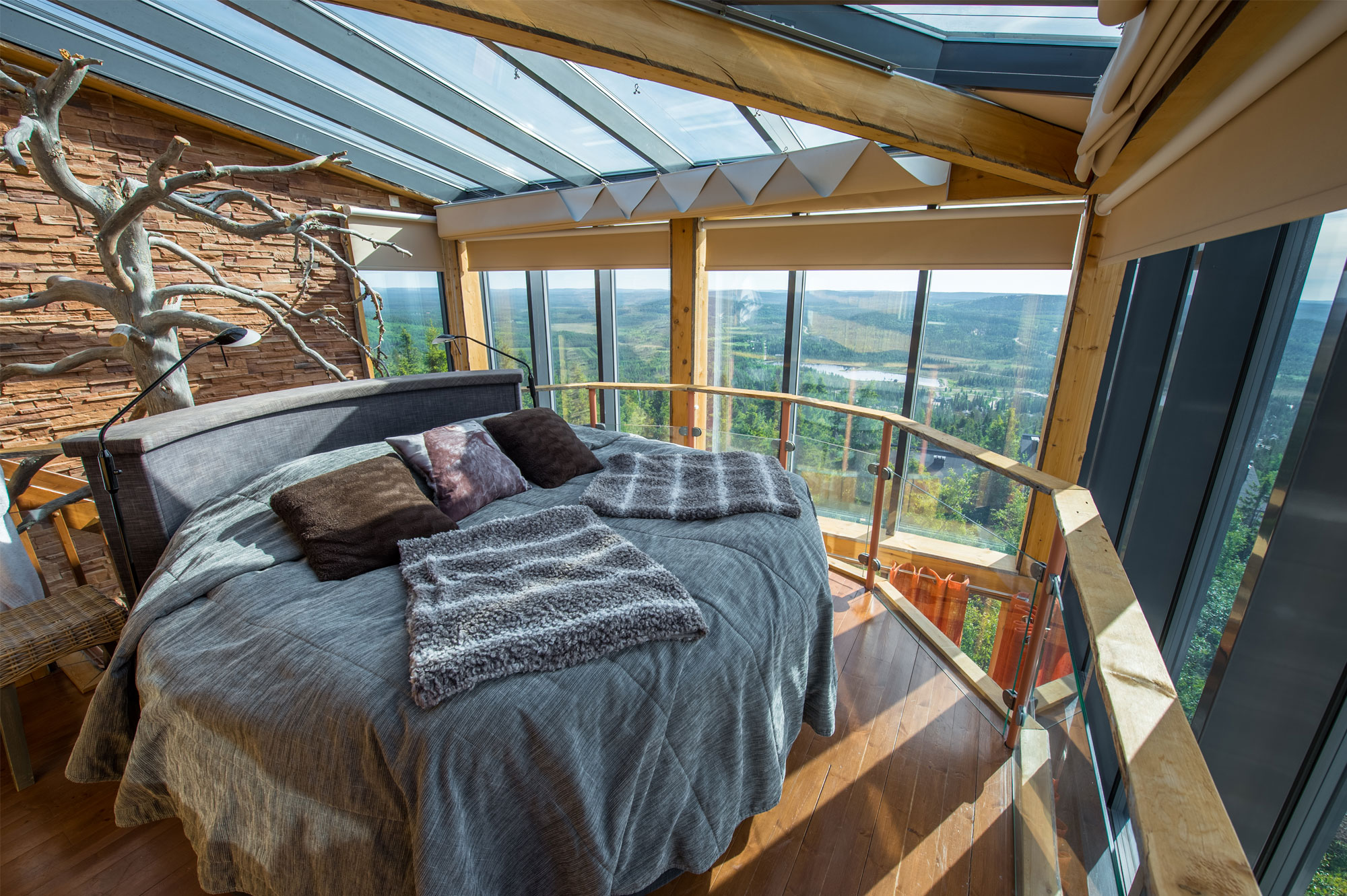 “Nobody in Finland expects a tip, and the quality of the service in no way depends on paying extra. This applies to all areas of life: neither the hairdresser, the waiter or the taxi driver expects or receives any gratuity, and the idea of it strikes them as bizarre and foreign.

“Based on my experiences to date, I would summarize the gastronomy of Finland as follows: reindeer, pies, blueberries, fish, vegetables, and ice-cream. As for what exactly we would eat, I made no mixed plans in advance. Immediately upon our arrival in Tampere, we stopped at a restaurant inside some sort of industrial building, and sat down together with our luggage. We looked at the board, and the set menu was… chicken and rice. Nothing Finnish? Oh well.
This set menu was €10 a head, which included the main course, as well as coffee, water, and small pastries from a self-service buffet. At that time we didn’t realize that by Finnish standards, this counted as a real bargain. In general, I don’t like to spend more than €10 on lunch in any country, but Finland has forced me to break this rule on several occasions. It’s no surprise that I’ve eaten a lot of McDonald’s cheeseburgers over the course of my travels. It’s always good to know that you can live on €2 a day, so long as you don’t have high standards.

You can buy almost everything in supermarkets at normal prices, so we put together a breakfast + dinner of sandwiches at our accommodation.

Generally speaking, we have only eaten in a few expensive but average restaurants, where we had hamburgers or meatball. I can confirm that it is not just Sweden which has been conquered by the meatball craze. You can have a main course for €15, but if you want a drink with your meal, your bill certainly won’t come in under €20.

Another point to the tap water in the accommodation. So yes, Tampere was just as expensive as its Swedish or Danish equivalents. That’s just how it is if you travel north. In return, you get to see a highly developed, spotlessly clean country. (2017) 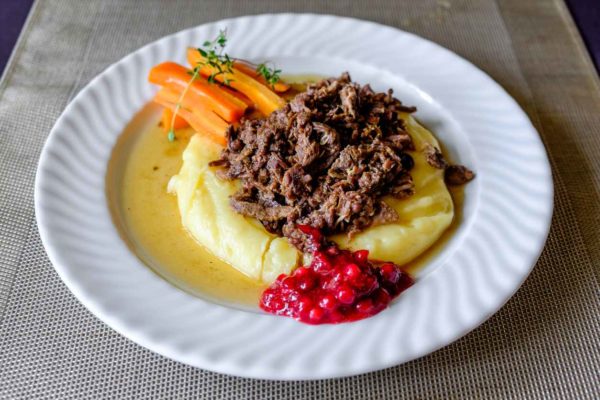 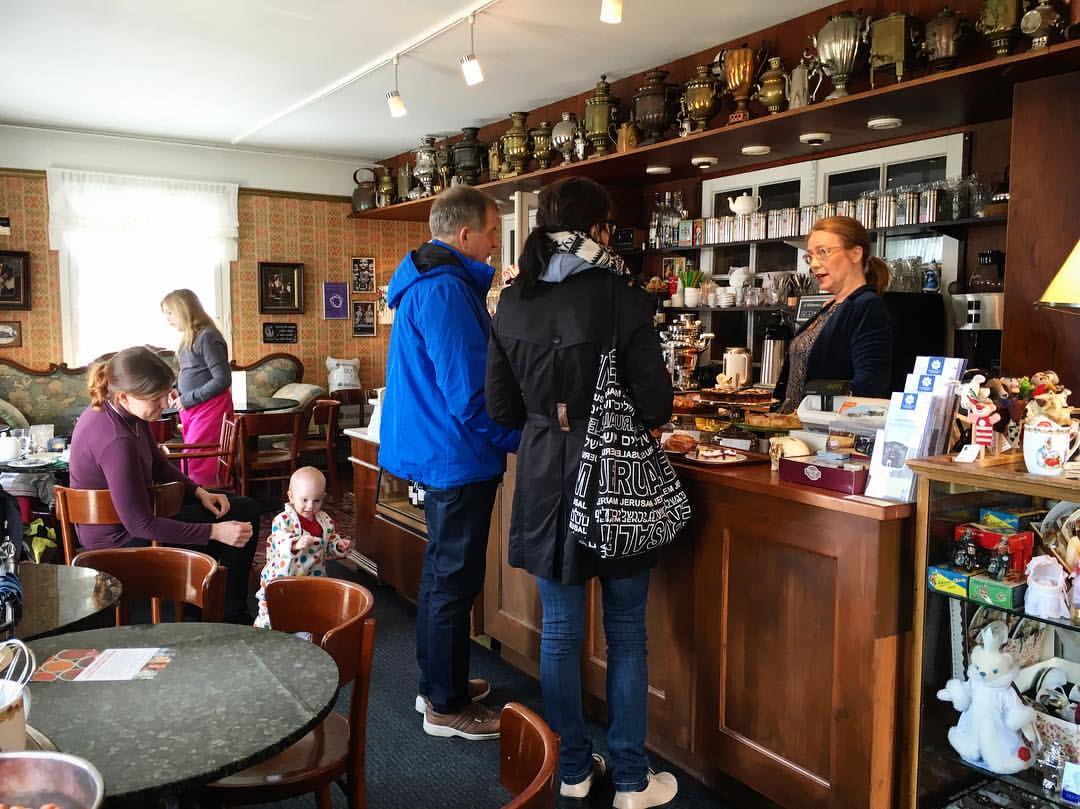 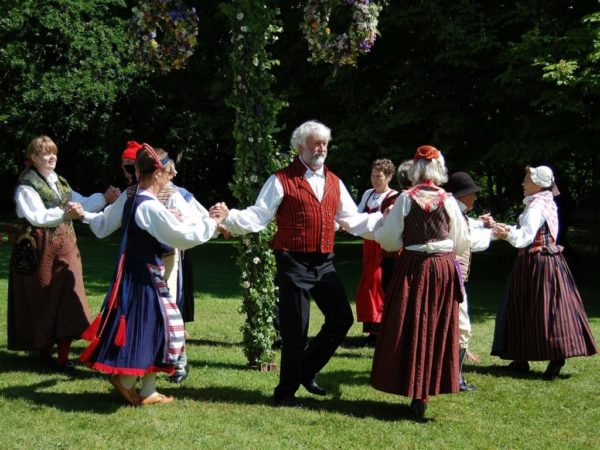 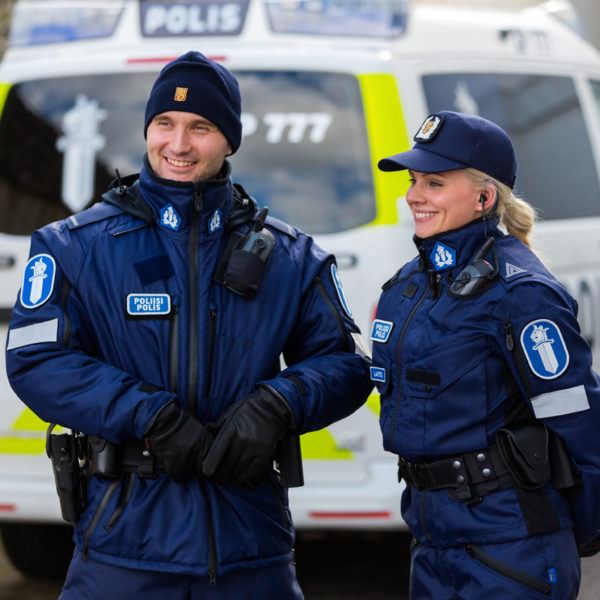 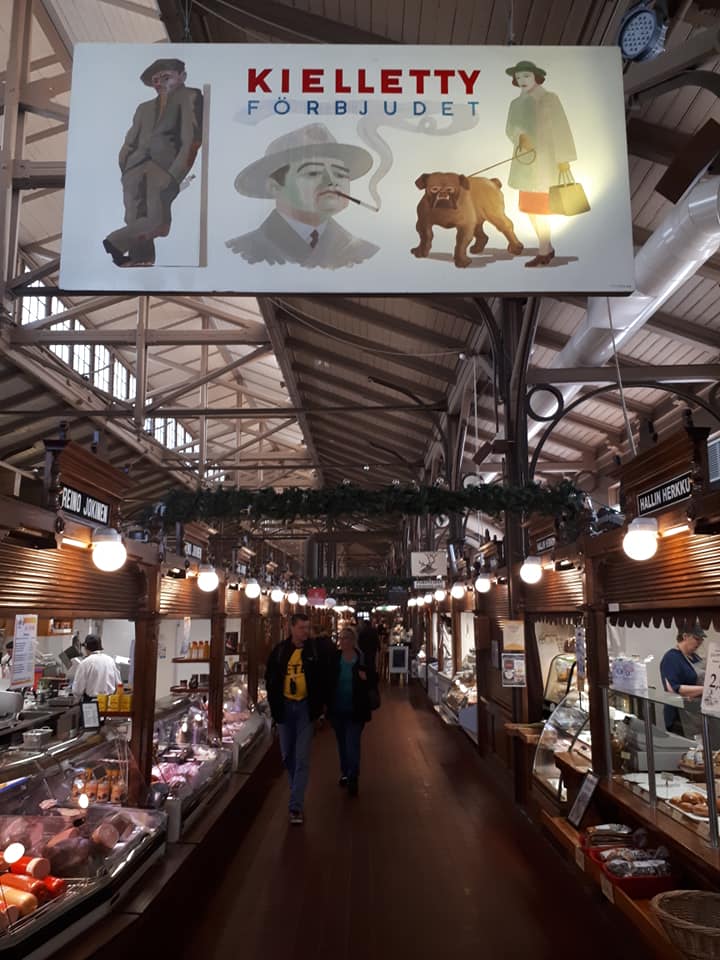 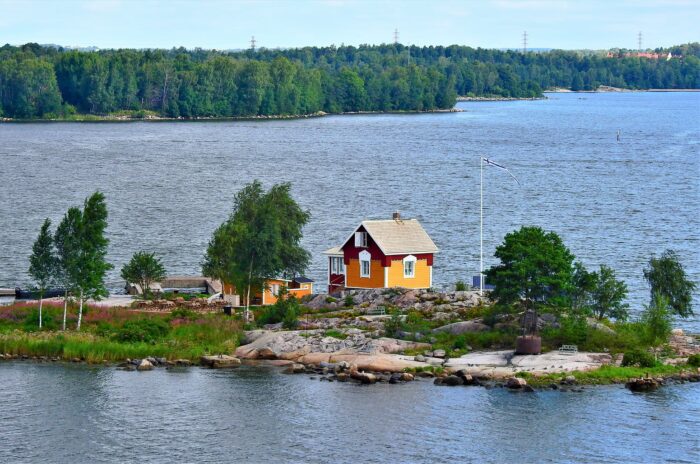 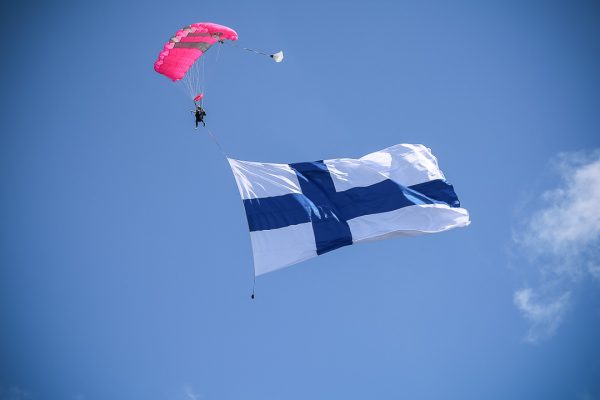 Finland is a North European (or Nordic) country, but, contrary to a commonly made mistake, not a Scandinavian one. The Finns themselves do not consider their country as part of Scandinavia. Geographically, Finland could be considered Scandinavian, but Finnish is not a Scandinavian language, and Finns are ethnically distinct from Scandinavians.

Neighbors: Sweden (northwest), Norway (north), Russia (east). The country has a coast on the Gulf of Finland (south) and a coast on the Bothnian Bay (west).

Finland is called the “Land of a Thousand Lakes”. This title is in fact quite modest as the real number of its lakes is at least 188,000. 10% of the territory of this vast country is covered by lakes.

Population: 5.5 million (2020) – Although the Finnish authorities do not keep official statistics on ethnicity, it is estimated that, aside of the Finnish majority, there is a 5-5,5% minority of Swedish-speaking Finns.

Religion: The vast majority of religious Finns are members of the Evangelical Lutheran Church of Finland (Protestant).

Finns have a creative sense of humor. They recently invented the Day of Failure, celebrated every year on October 13th. On this day, Finns share and celebrate their personal and professional failures so they can collectively learn from them.

The Finnish language is a member of the Finno-Ugric group of Uralic languages and is therefore completely different from Scandinavian languages. The closest language to Finnish is Estonian. Estonians and Finns can mostly understand each other. Although Hungarian also belongs to the same language family, Finns and Hungarians cannot understand each other at all.

Finland is a republic, a member of the European Union, but not of NATO (Finland wishes to remain a neutral country).

According to an international survey, Finland is one of the least corrupt and most democratic countries in the world.

According to the latest (2019) World Happiness Report Finland is the wolrd's happiest country (before Denmark and Norway)!

Optimal timing for a tourist visit: June to August, although many tourists visit Finland in winter for winter sports (Rovaniemi and the Arctic) and to meet the “real” Santa Claus (originally Joulupukki), or between September and March to see the Northern Lights in the region close to or north of the Arctic Circle.

Some stereotypes about the Finns:

Going to the sauna is as much an everyday part of Finnish life as going to the pub is for the Brits.

In a Finnish TV reality show, Finns are depicted as permanently cursing, drinking and behaving crudely in their lakeside, lonely summer cottages. This show, which was actually written and directed by Finns, strengthens some negative stereotypes harbored about them by their Scandinavian neighbors.

But there are far more positive things to say about the Finns. First of all, they express themselves neatly, without wasting words or time. Finns are mostly reliable, law-abiding and responsible. Snobbism is quite uncommon. Finns generally have very health-conscious lifestyles. 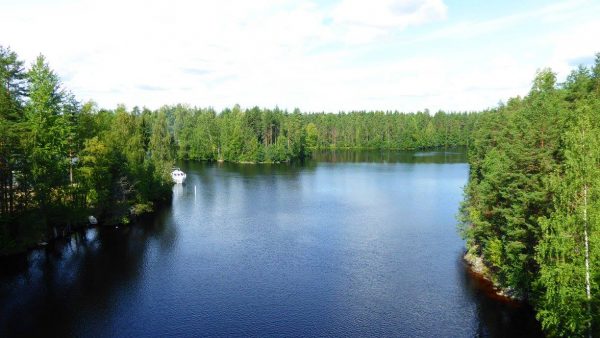 The biggest issue with Finland is the weather, or more specifically the winter. The long, dark, cold winter. Yes, in normal instances the winter can continue right through April and into early May. We’ve been lucky – spring came early this year – but up in the north it was still snowing yesterday. And yes, it really is extremely dark. Still, if events follow their usual course and snow falls in November, the dark that comes with it isn’t so unbearable. Firstly, because the snow brightens things, and secondly because winter here isn’t gray: the sun often shines.

There’s also something which nobody talks about, and which is, in my opinion, more important than the winter: in Finland there are four seasons. Fall is a riot of spectacular color, spring is full of the scent of flowers, and the summer is bright green. And the days are long!

To make up for the trials of winter, the days already begin to lengthen by the beginning of March, and now (in April) the sun is still shining brightly at 8pm. Things reach such an extreme that in the north of the country the sun doesn’t set at all for a period, while here in the south we just have short, gray nights. The weather here reminds me of my childhood: Sledding in winter, because there’s snow. Cool spring mornings, with nature slowly unfolding in flowers and greens, and not all of a sudden in the space of a week. The summer doesn’t roast you at 40°C, but remains at a more temperate 25°C. Autumn is colorful, and fades slowly. 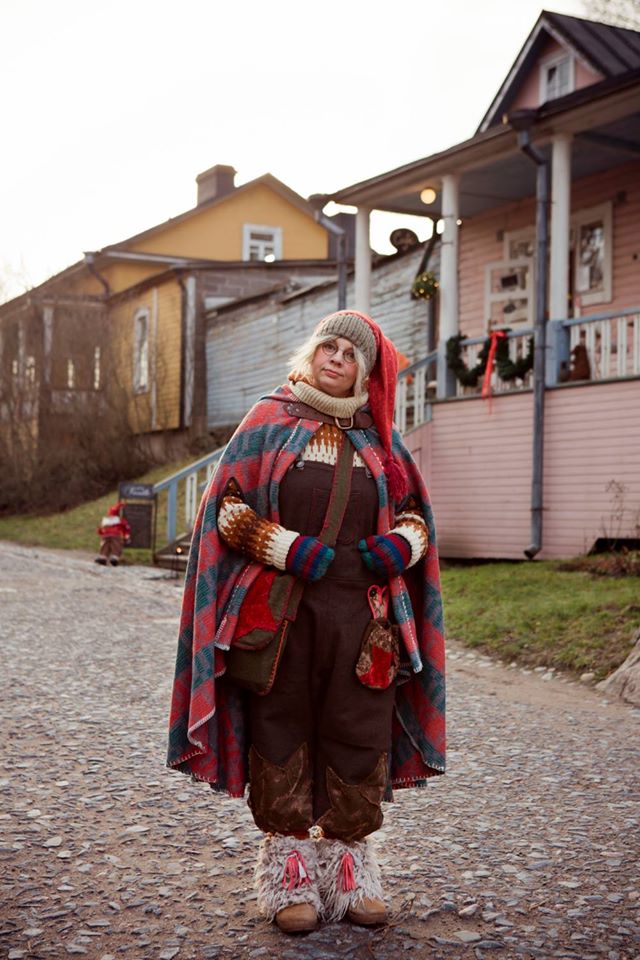 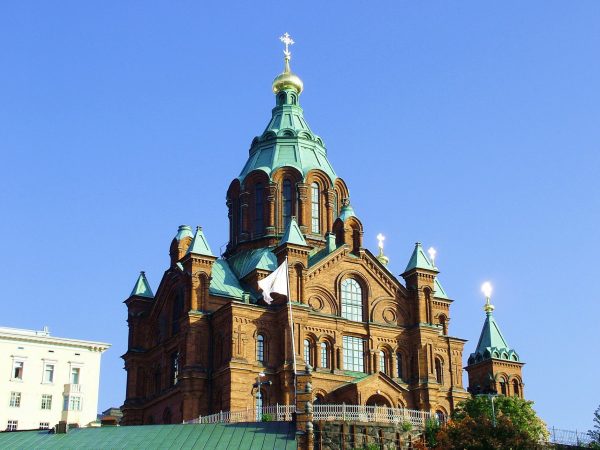 ,, From Helsinki, a spectacular 15-minute boat journey takes you to this massive naval fortress. The Swedes built it against the Russian invasions, but the Russians managed to occupy it in 1809.  After Finland gained its independence in 1917, the fortress got a Finnish name: Suomenlinna, meaning: the castle of the Finns. It takes several hours to discover the fortification system on dozens of islands :). This attraction deserves to be a UNESCO World Heritage site. " 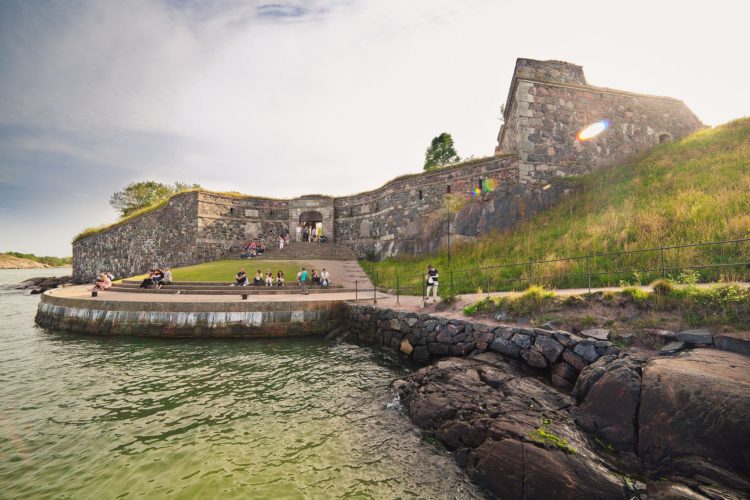 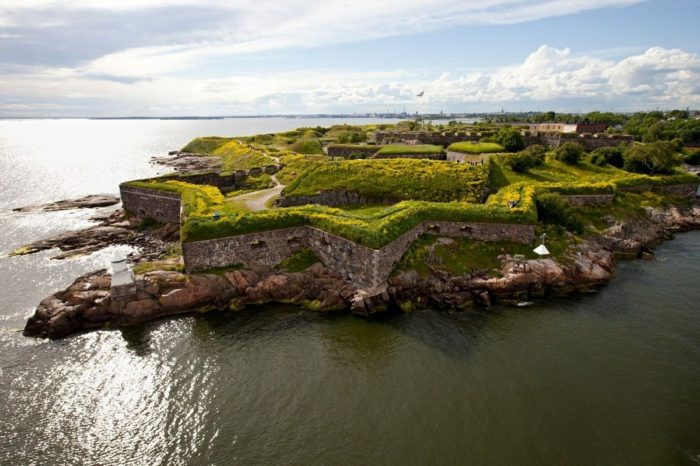 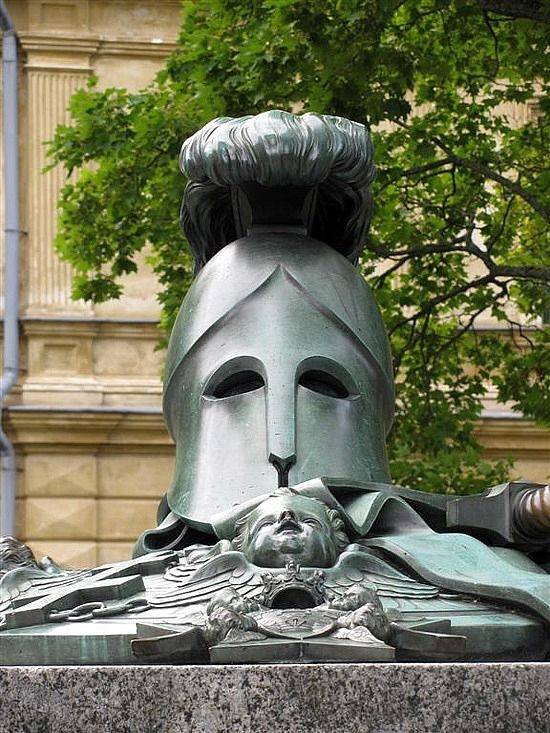 Rovaniemi and the Arctic 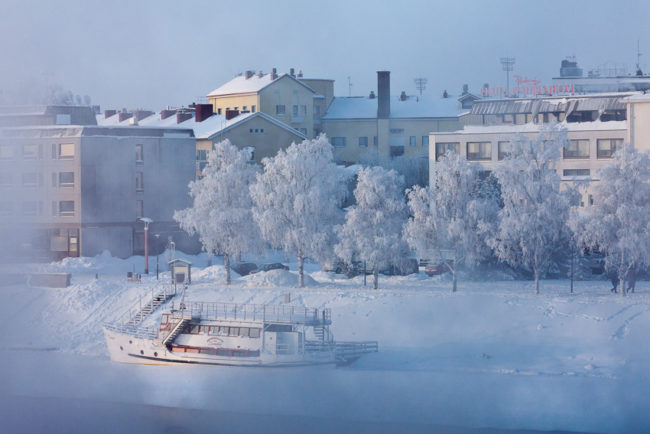 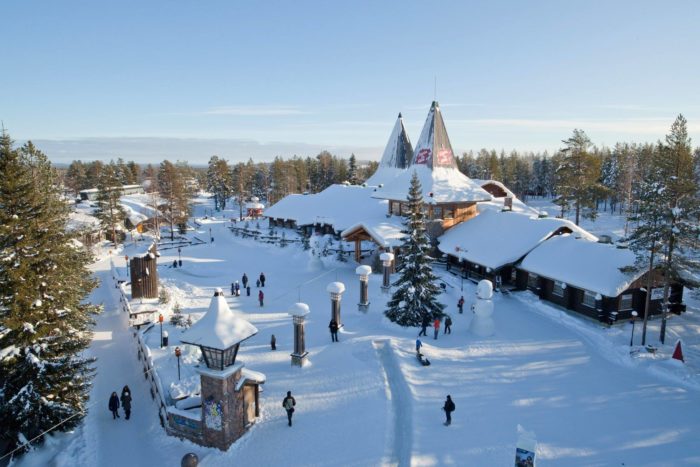 The small town is the second oldest city in Finland. Porvoo is known for its little red wooden. riverside houses, which were originally built for grain barns :)

One-third of the population of 50,000 is Swedish-speaking and they call the city Borgå.

The first parliament of independent Finland was held in Porvoo. Until then the Russians ruled the country as a constitutional monarchy. In 1809 the Russian tsar came to Porvoo to swear to respect the Finnish constitution. 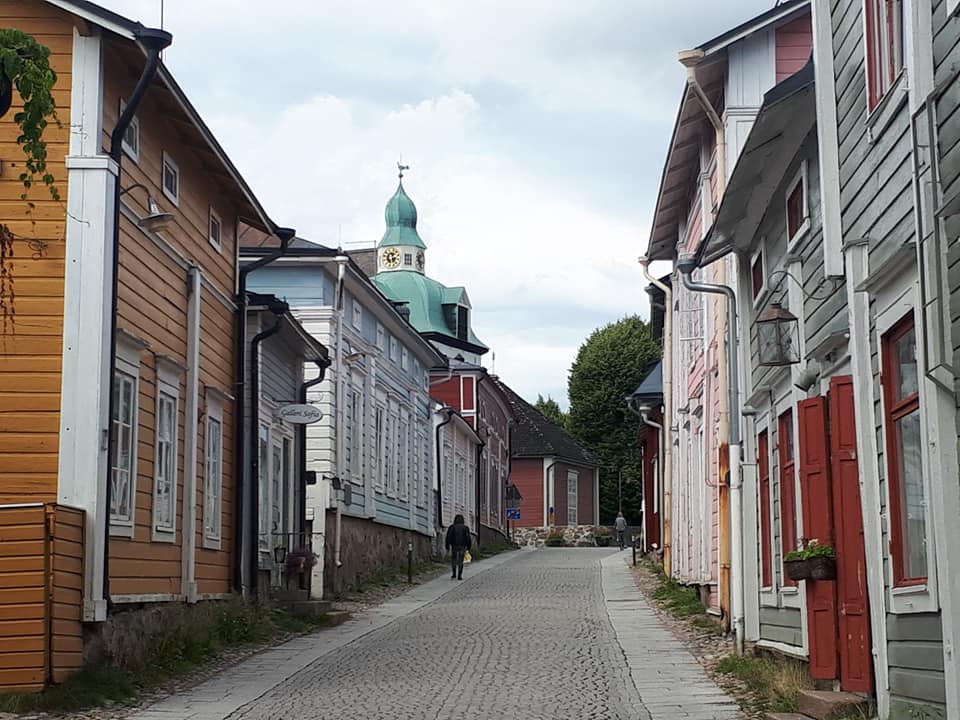 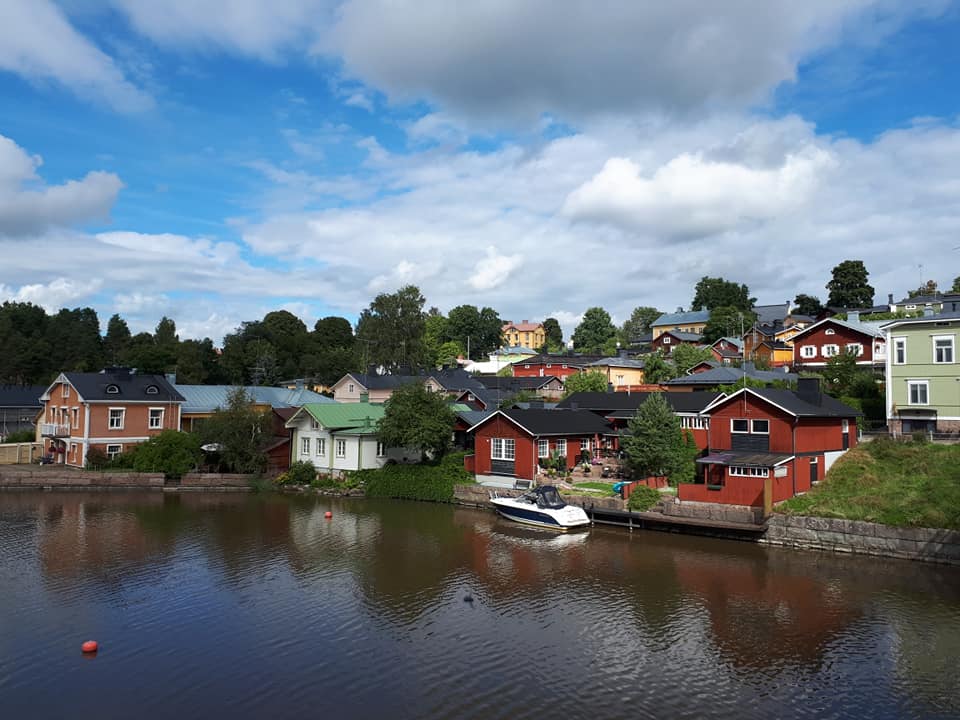 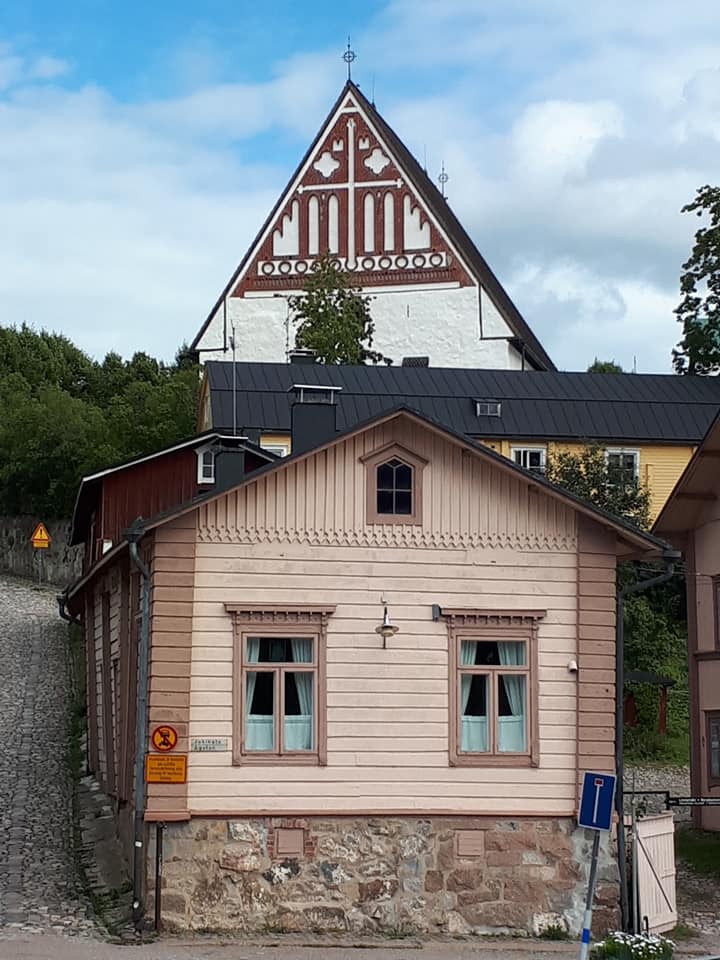 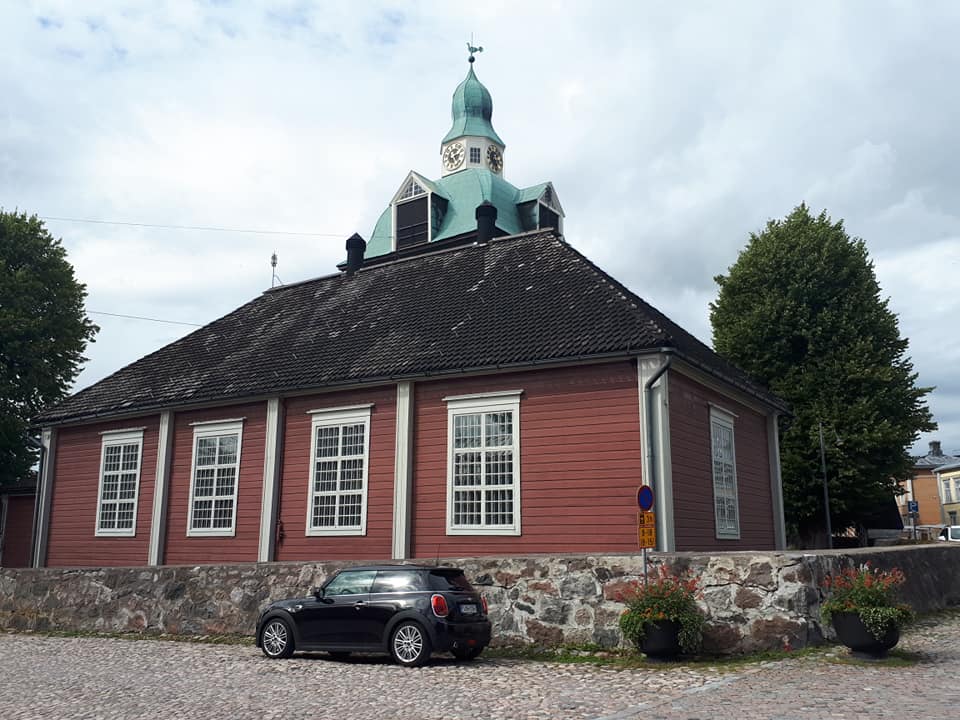 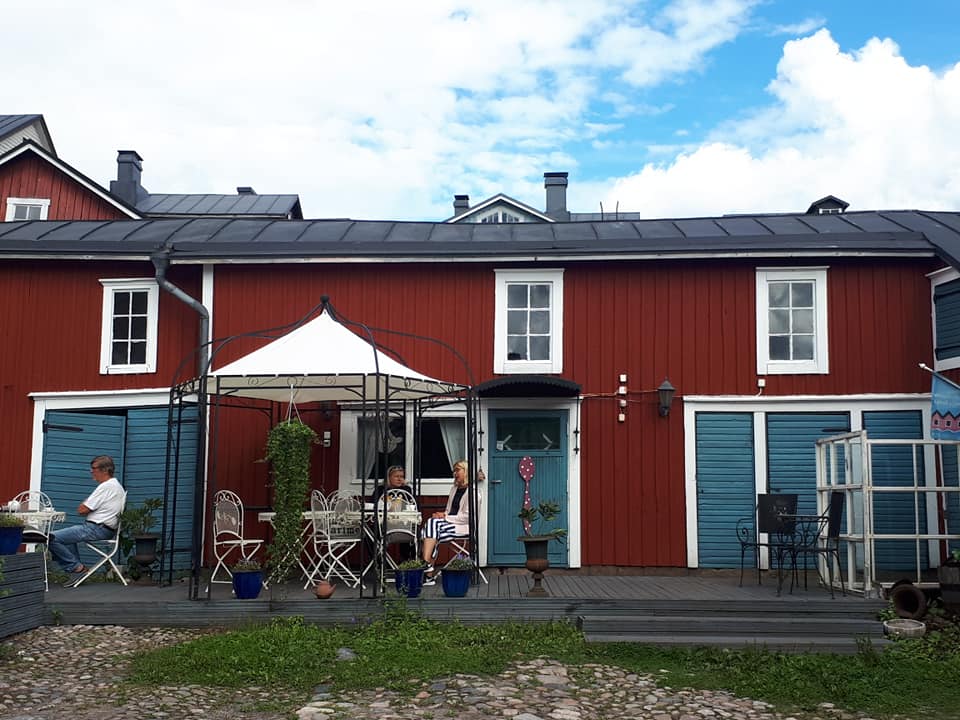