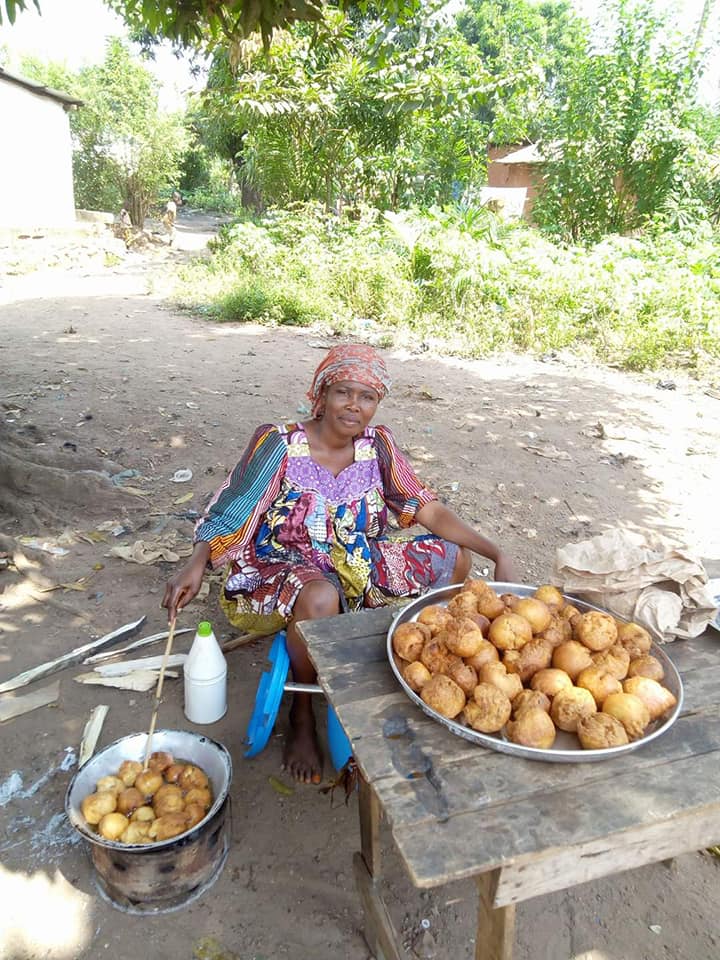 1. The colonial buildings on Menelik Square

2. Surprisingly many nightclubs in the city center

6. Some good restaurants competing to attract the main targets - French and American soldiers

7. Lake Assal and even more so the exciting landscape on the way there

1. The illegal vendors who are strong-arming the very few tourists

2. Sad to see that most of the international brands that are sold are actually fake

3. Locals are mostly unpleasant and rude

4. That the big issue here is a local drug: the qat

6.    We had to pay a lot for a decent meal in a decent restaurant (prices are adjusted to very well-paid foreign soldiers and members of the Foreign Legion)

7.    Sad to see that some beautiful old villas are left to rot and crumbling

There are a lot of foreigners (mostly French and American soldiers stationed here) which means that people are not so friendly – they tend to be more focused on getting hold of visitors’ money. For this reason, and because of the country’s shape, many call Djibouti ‘the Arsehole of Africa.’

And indeed, the city itself isn’t very pleasant – both dirty and surprisingly expensive. On the other hand, it was also here that I had my most positive experiences, like the young restaurant waiter who, without asking for any money, came with me to help me find accommodation, and the person in a shop who paid for my water when I realized that my card didn’t work and I didn’t have any local money. They don’t charge for picking up hitchhikers either, and sometimes invited me to sleep or eat at their houses. I was probably able to experience this because, with the exception of one lunch and a session at an internet café, I avoided all tourist services.

The ordinary people in Djibouti live in the same little bodegas as in the neighboring countries, but there is also a comparatively wealthy social stratum here. Some also call Djibouti the Dubai of Africa, and it’s a fact that anyone who’s well placed knows ways of making money.

The country lives from the fact that this is one of the main centers for the French Foreign Legion, while the Americans were also allowed to build military bases here. Then of course there’s also the enormous port. 90% of GDP comes from services. In practice, it remains a French colony to this day. (2014) 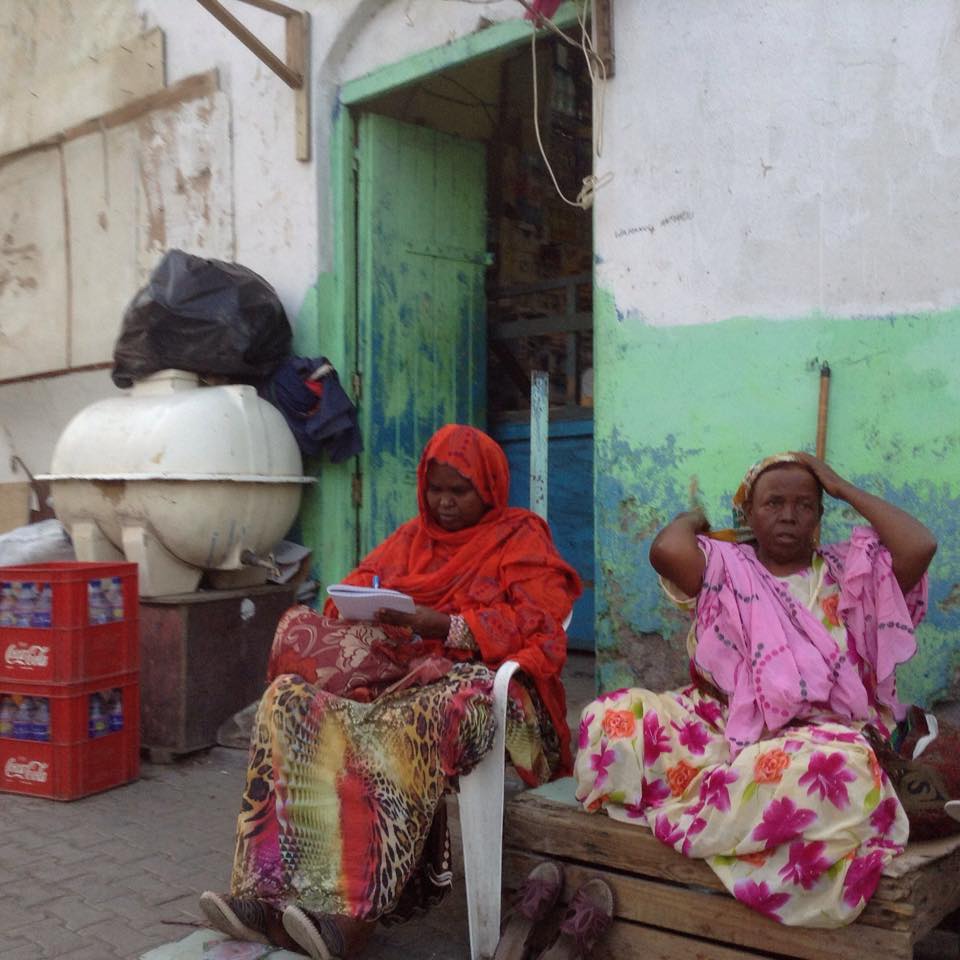 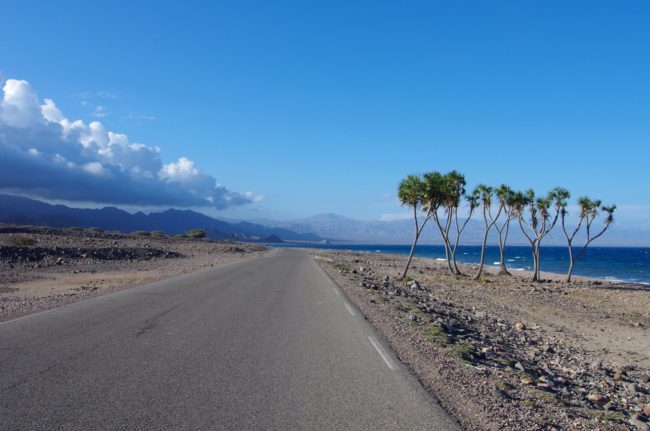 Djibouti - On the road to Tadjoura 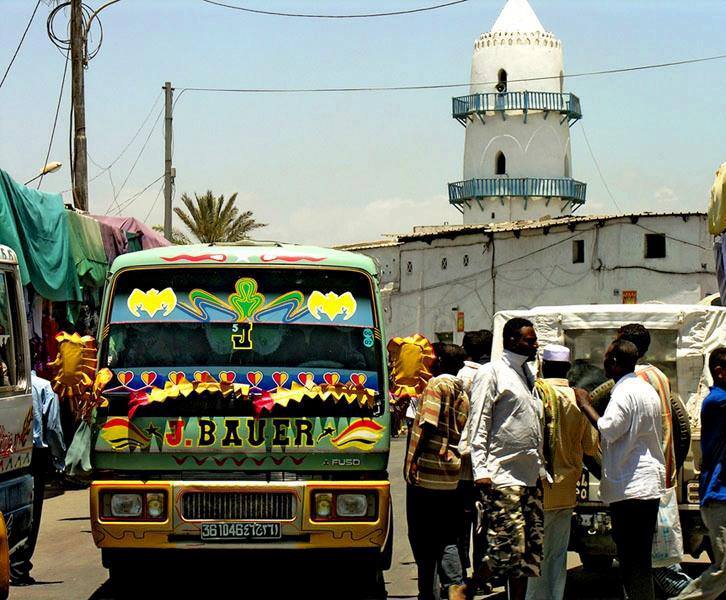 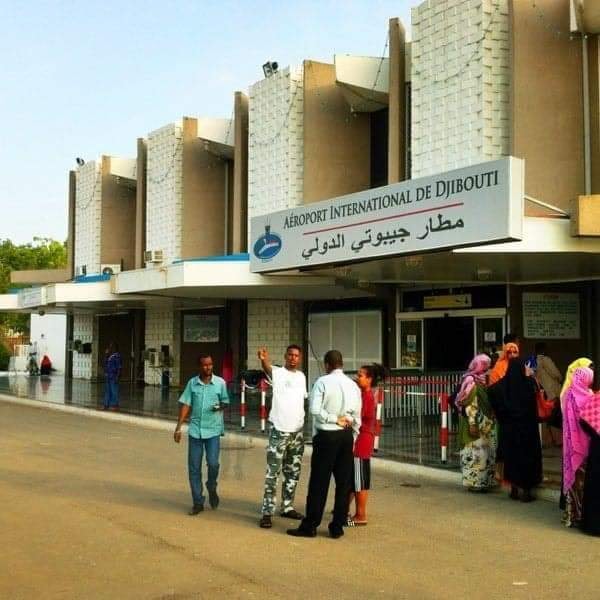 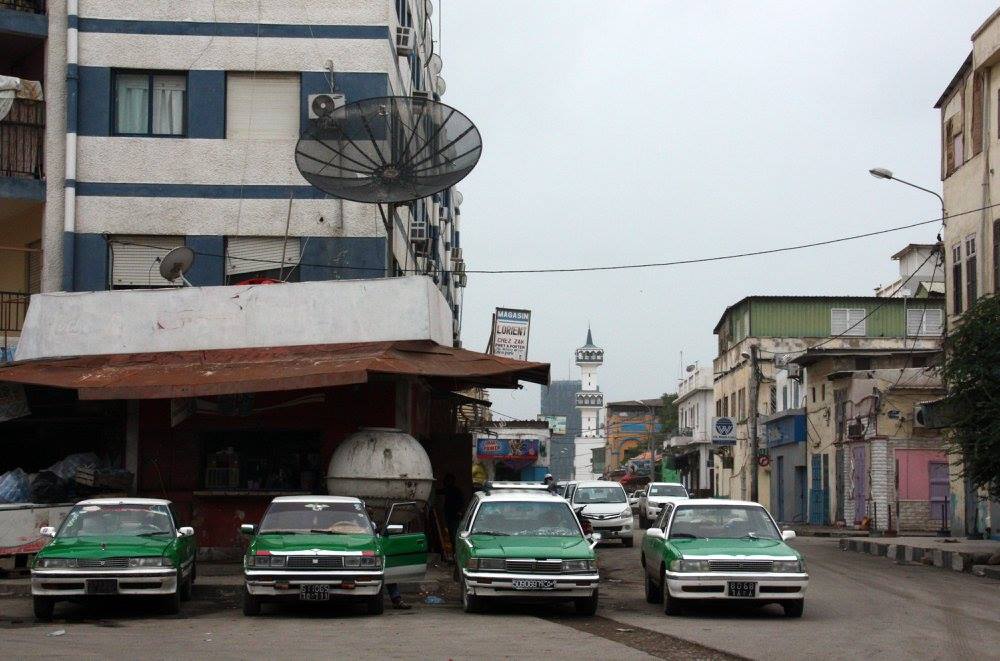 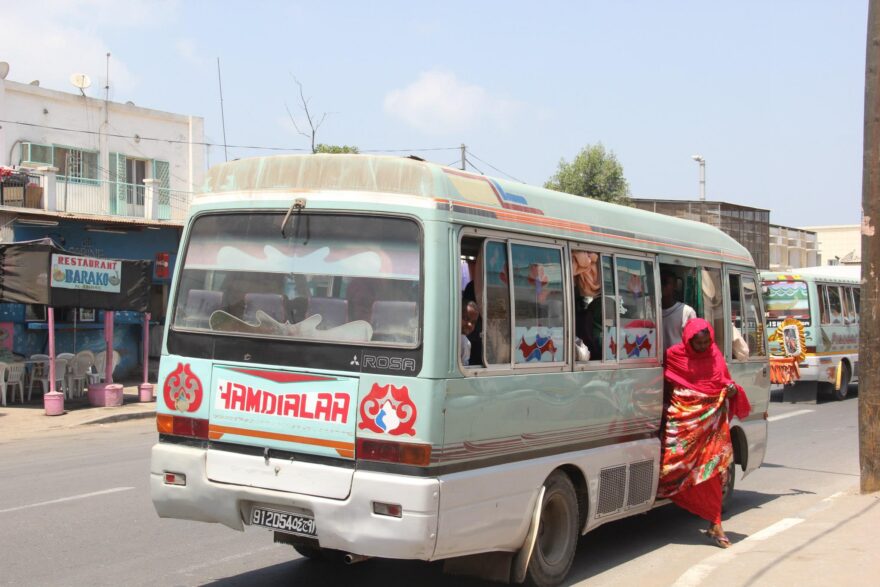 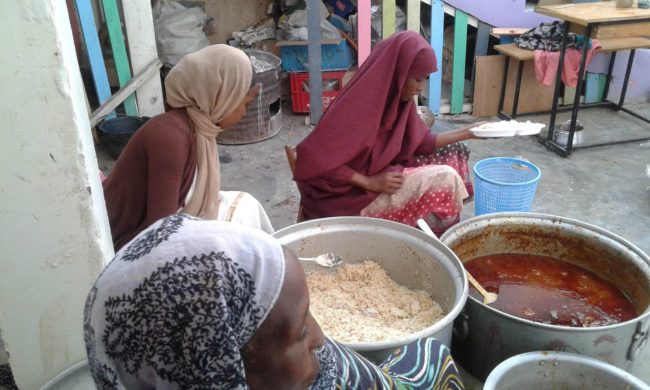 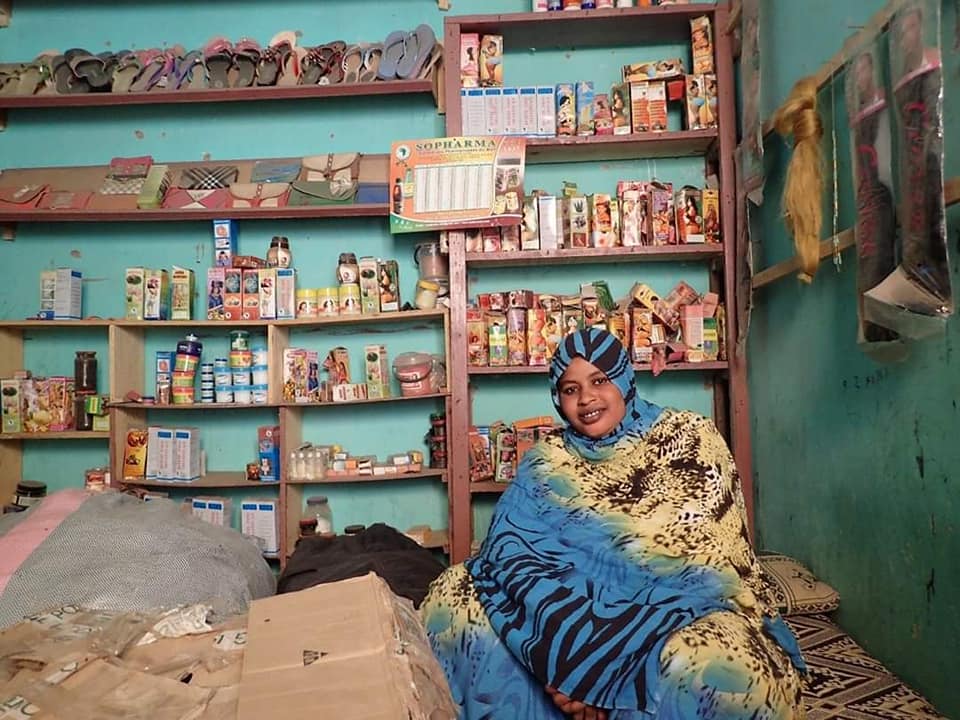 Djibouti - shop selling qat (the leaves of a local shrub, which are chewed as a stimulant) - not healthy!

Djibouti - khat in the cheeks 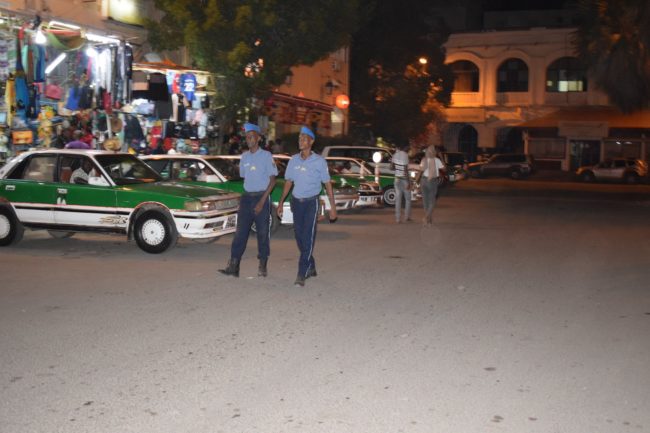 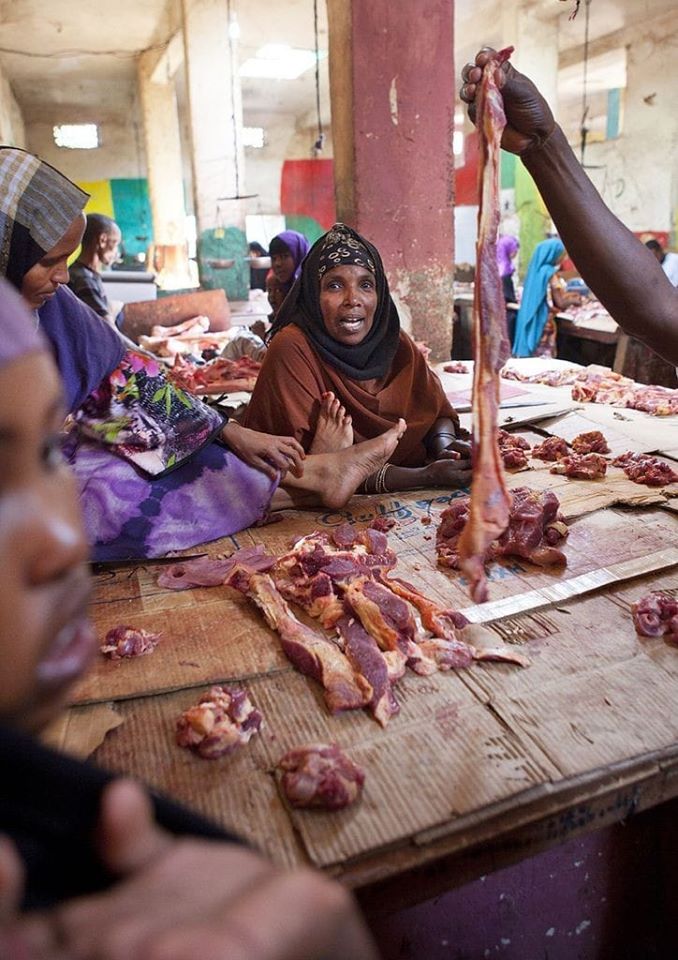 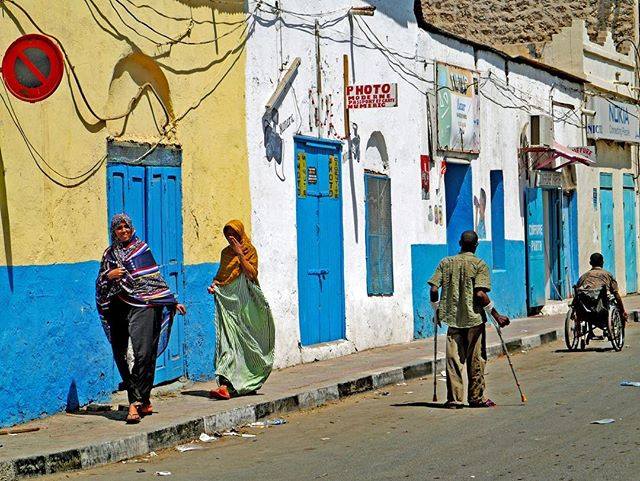 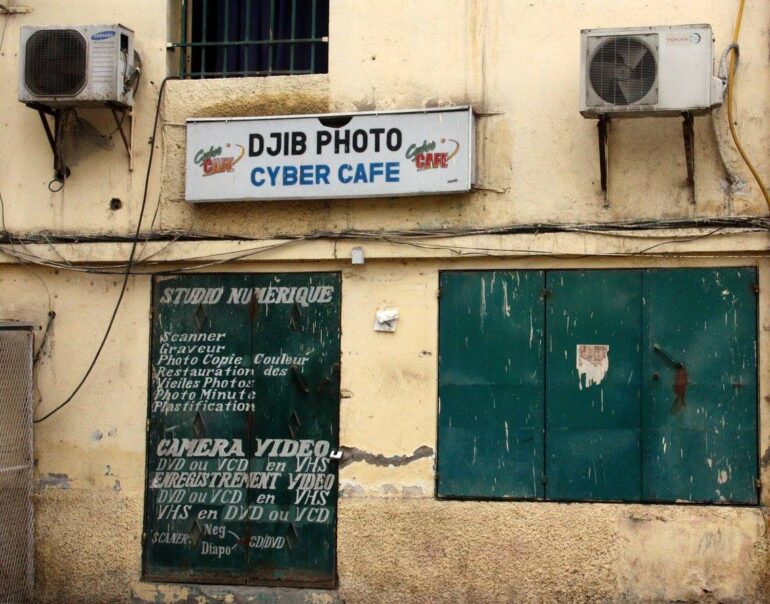 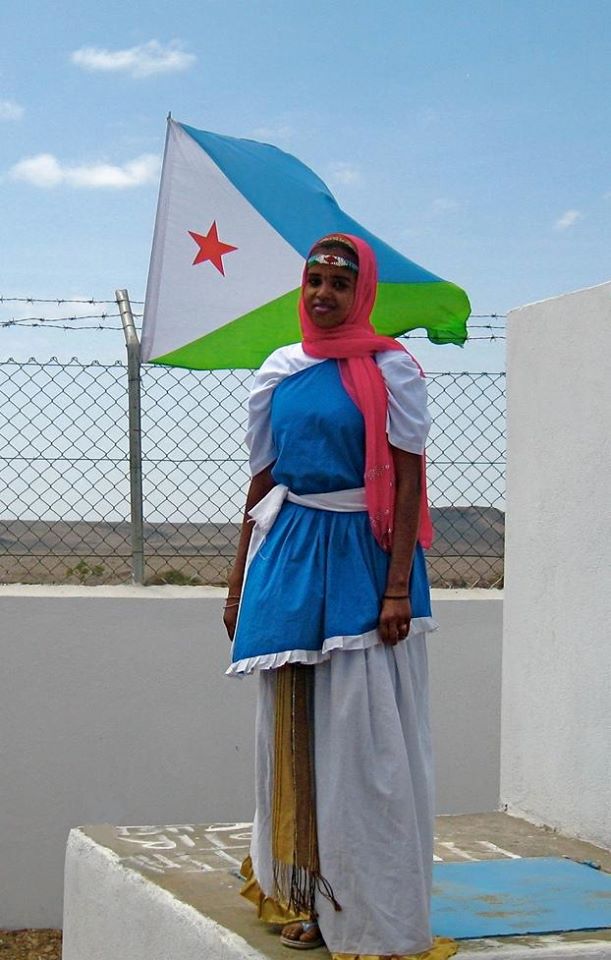 Djibouti is located in northeast Africa, in an area called “the Horn of Africa”. Neighbors: Eritrea (north), Ethiopia (south), Somalia (west). It has a coastline on the Red Sea.

Djibouti was a French colony, and later a French overseas territory, until 1977 (it was known as French Somaliland until 1967).

Capital city: Djibouti City – The city was built by the French in the 19th century, so most houses are built in the French colonial style.

Almost half of all men in Djibouti use khat as a stimulant. Chewing khat leaves produces similar effects to using amphetamine. On average, some 40% of the household budget is spent on khat, a huge financial drain in a country where almost half the population is unemployed. Khat also creates severe health problems.
Djibouti has one of the highest rates of illiteracy in the world.

Language: French, Arabic, Somali, Afar – Somali is the most widely spoken language, although it is rarely written and is not taught in schools.

Political system: semi-presidential republic, formally a parliamentary democracy
Djibouti is an extremely poor country. 60% of the population lives on 1 USD/day. These are mostly nomads, refugees, and homeless people. The average age is 25 and the child mortality rate is over 11%. Nearly 40% of the labor force is unemployed. Most of those who are employed work in agriculture.
Corruption pervades all aspects of economic and political life.

Safety: Pickpockets are very active in the capital.

The al-Shabab regional Islamist militant group poses a serious threat to foreign military and civil personnel stationed in Djibouti.
Because of Djibouti’s strategic geographic position along the Red Sea, several countries have military bases there. The USA has the largest military presence, but India, China, Australia, Italy and Turkey also have soldiers stationed there. The French Foreign Legion has a training center in Djibouti.
The consumption of alcohol is legal, but drunkenness is punished with up to two years in prison.

When to go? If anytime, then November-March is best.

Top tourist attractions:
Lac Assal is the world’s saltiest lake after Antarctica’s lakes. It is even saltier than the Dead Sea. It is Djibouti’s, and the whole African continent’s lowest point.
The Gulf of Tadjoura (located in the eastern part of the country) is one of the richest areas in the world for coral and fish species.
Day Forest National Park, Djibouti National Park, Yoboki National Park 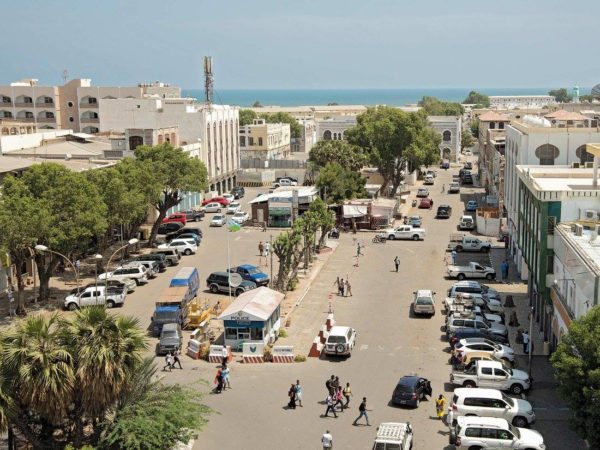 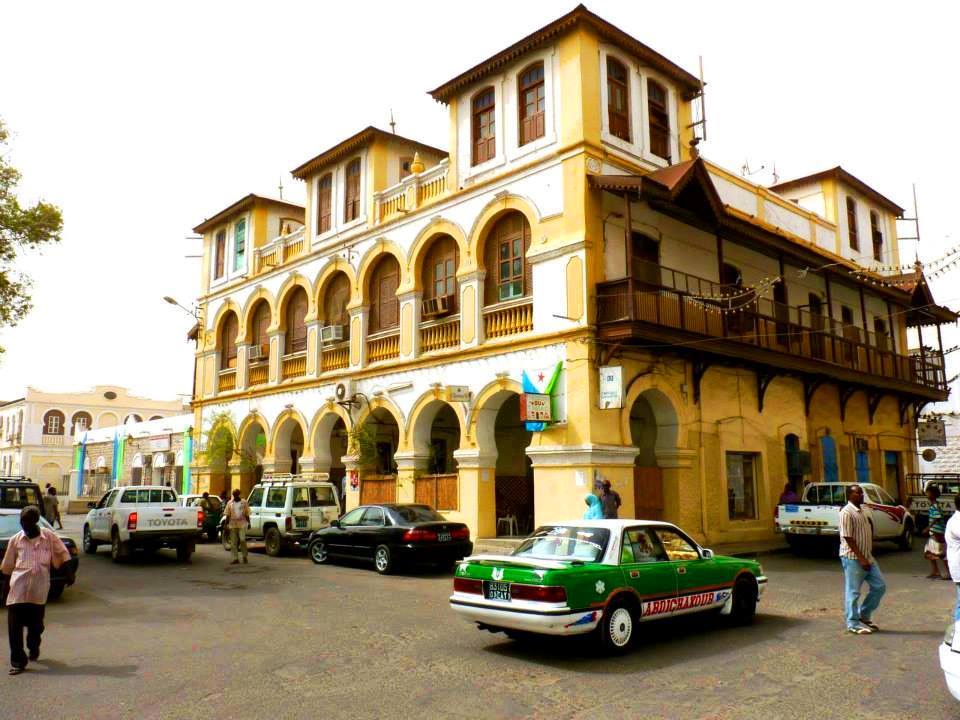 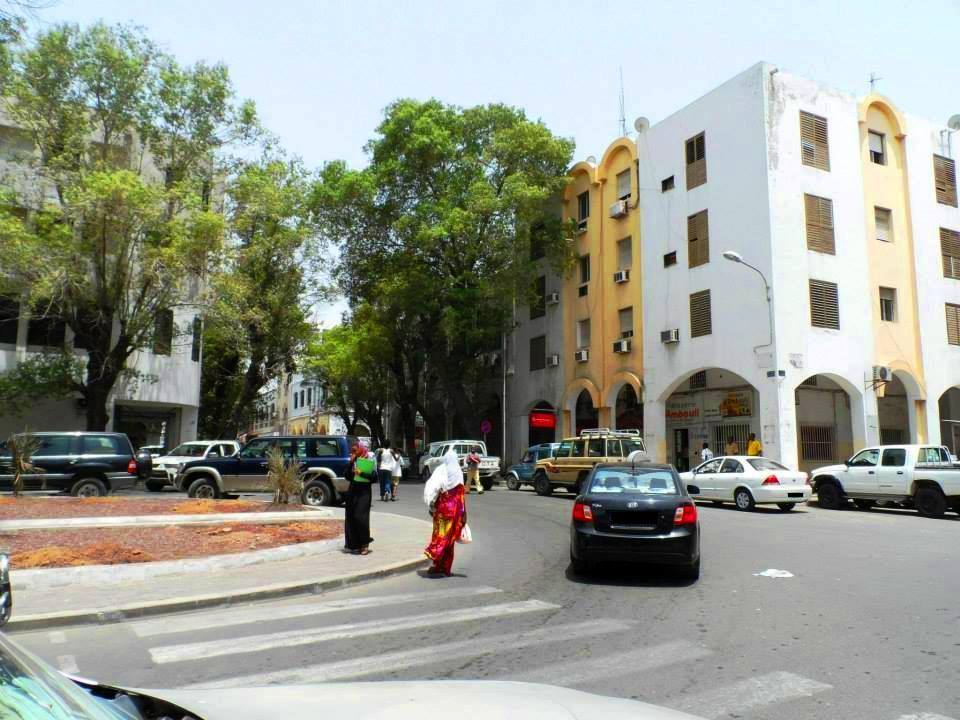 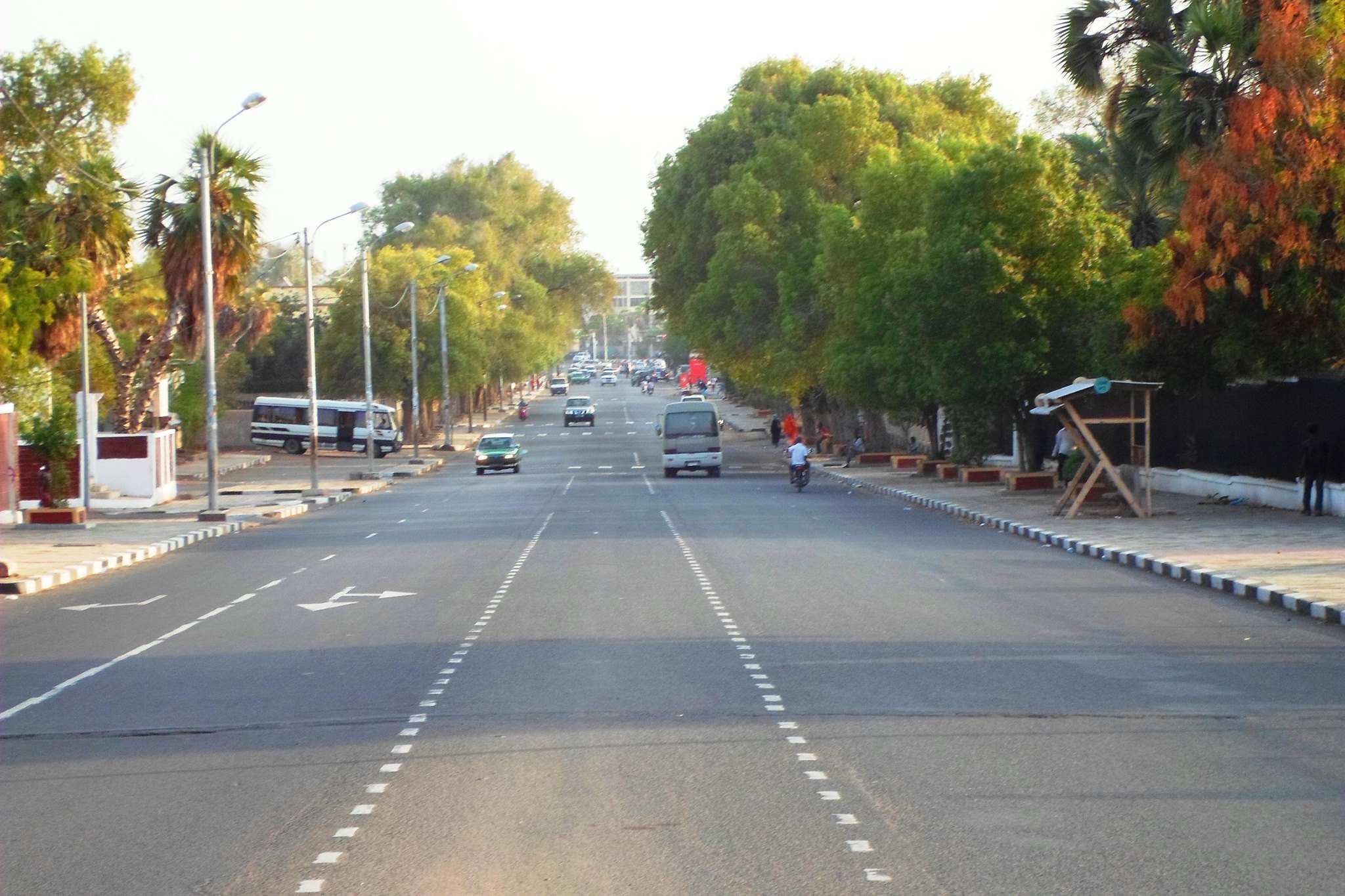 “Those who love to choose khat generally prefer to get the leaves in the form of a plug. They then hold this pulpy green ball in their mouths, the way hamsters do, and wait for the active ingredient to be absorbed through the permeable membrane of their gums. This is the most common method for consuming khat, because the active ingredient breaks down quickly, and the leaves should be consumed within a maximum of 48 hours. As they chew they keep adding new leaves, and the pulpy, well-chewed leaves build up in one side of the mouth, so that it looks like they have infected gums, and they have become inflamed. Given that chewing can go on for hours, devotees have learned to talk while chewing. The desired effect can only be achieved after chewing a relatively large amount (100-200g of fresh leaves) within a single day. 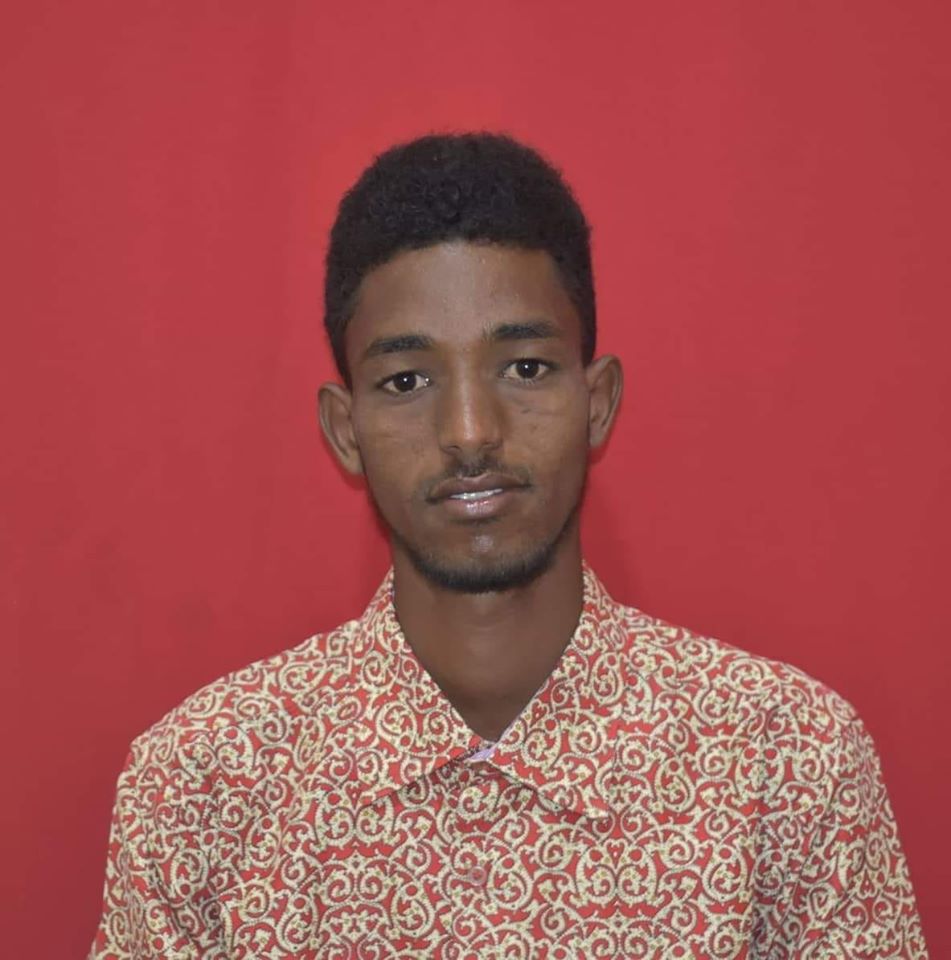 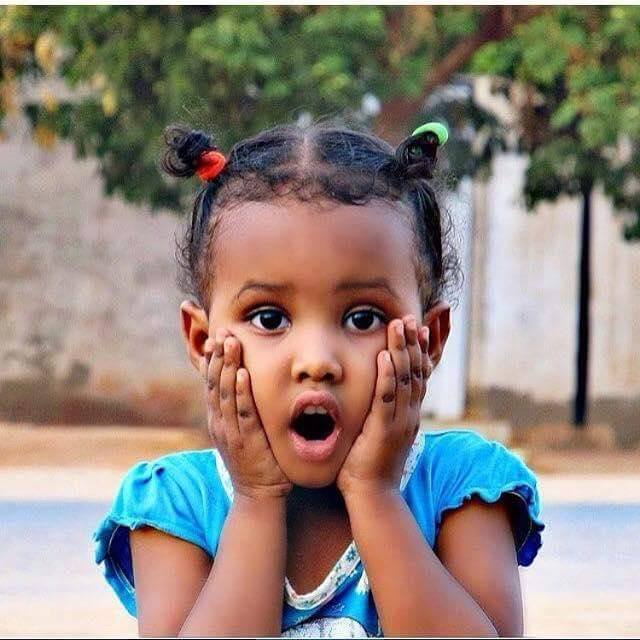 This lake, with a surface area of several kilometers and lying 150m below sea level, is the country’s main tourist attraction. And it’s a good one, especially as there’s no entrance fee – a rare thing on this continent, especially when the country has no other natural or cultural sights to speak of. The lake truly is a remarkable sight.

Deep blue, and approximately five kilometers in diameter, it has a beautiful, inlet-studded shore, where the shallow waters glow pale blue because of the salt deposits on the lake bottom. And never fear – vendors sell salt-encrusted goat skulls and various other mineral-based souvenirs on the lake shore.

A Japanese tour group arrives first, then some American soldiers, and finally a brigade of men from the French Foreign Legion. That pretty much covers all the tourist variations. They move on, and I’m able to inspect the lake’s other marvels more closely. There are black stones, strange fissures emitting smoke and steam, and ‘lava tubes’ – molten lava sometimes flows through hard rock, and if the lava empties out, then a tunnel is formed. It’s baking hot the day we visit, so we go to the nearby beach, where volcanic cones rise out of the water, providing a strong contrast with the deep blue water.

The water is clean and clear, and good for swimming: I wash a few days’ dust off me. A couple of bungalows and a small restaurant cater to the non-existent tourism.” 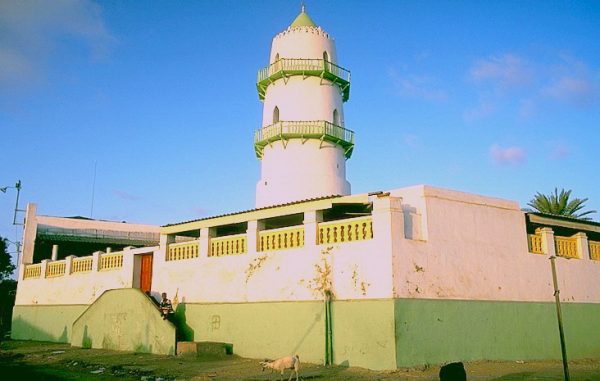