1. Everything is in good condition, well organized, straightforward

2. The Old Town, Gamla Stan, the beautiful buildings, the myriad channels (“The Venice of the North”)

4. Discovering the idyllic archipelago near Stockholm on a scheduled boat

5. Watching the locals as they open up and enjoy the long summer days on the terraces of the cafés

6. The Vasa Maritime Museum is a must-see

9. The Skanzen, an open-air museum

2. We think it’s deeply unfair that Stockholm is still so underrated in the world of tourism

3. The locals seem somewhat dull and austere – their comfortable lives seem to provide them little in the way of excitement, except if you consider always being in a hurry thrilling

4. The weather is cold outside the summer months, and even then, it can often be cool and rainy

6. The restaurants and cafés close too early

8. Cyclists are often a danger to pedestrians – watch out when you walk

9. Not easy to estimate the walking distances – for example a bridge can easily prove to be longer than expected

10. Stockholm is no exception: tricky taxi drivers live and thrive here as well

One thing that really struck me about Stockholm was the excellent air quality. Sea estuaries reach right into the center of the city, bringing sea breezes with them, and though there’s plenty of traffic, I never once caught the smell of gasoline. What did I like? The huge number of bridges, and many old buildings (100-200 years old) in absolutely perfect condition. The town hall is also spectacular. (Freddy, 2018)

Stockholm is fantastic, especially between May and September (Winter days when the sun rises at 10am and sets at 3pm aren’t exactly ideal for tourism). The air is clean, the city is neat and tidy, and not in that annoyingly prim Swiss way, but in a natural, good-natured style. Relaxed retirees without make-up or hair dye stroll around in jeans and a t-shirt.

There are plenty of people whose ancestors clearly weren’t Vikings, in all kinds of colors and shapes, but what’s great is that in Stockholm everyone seems to mingle quite naturally. Couples, lovers, school groups, mixed families. Peace and acceptance. Anyhow, everyone is relaxed and patient, no one pushes and no one is in a rush.

Everyone – and I mean EVERYONE – speaks great English. And everything works. All pre-purchased tickets, codes and passes. On the way to the airport, our bus broke down, and the driver told us that within twenty minutes another one would come to replace it. It arrived in precisely 22 minutes. And nobody got stressed or anxious – not even us. We knew it would all work out. THIS is what is enviable about Sweden. A sense of security, attention, culture, and natural, unforced elegance. A city on 14 islands, surrounded by sea and forest. What’s not to like? (2016)

"Since we only had one day to see the city, we rented a bike and toured the city that way. We didn't follow a map, we just tried to discover the charms of the city at random. Going back to the points I mentioned earlier, this is the most beautiful city I have ever seen, with gorgeous buildings, islands, boats, not too many tourists, cleanliness, and security. We visited the island of Djurgarden first, which has the famous Vasa Museum, which is centered around a ship built in 1628, then we went to the amusement park, the zoo, and the Nordiska Museum. After that, we headed downtown. It was weird there because, I ended up sitting on my bike for a long time, especially in heavy traffic, so we often went routes where it wasn’t allowed – I guess the local moms objected. If we saw a couple of cute girls we would ring the bell for them. But I’ll have a separate paragraph about Swedish girls… So all in all the city had a great feeling of life, and we had a beautiful time, listened to music, ate in the park, and there are lilac bushes, which I love, everywhere. It brought my grandparents' house and Mother's Day to mind.

Then we went to the old town (Gamla Stan), which contains the town hall, royal palace, Riddarholm Cathedral, and Stortorget - the oldest square in Sweden, with beautiful cobbles like in Venice. So say what you will, for me Stockholm is the Venice of the north. Then we went up a steep hillside with a view of the whole city and just opposite is the port for the big Northern European tourist boats – it’s called BIRKA Paradise. Then came the islands of Skeppsholmen and Kastelholmen, home to the Museum of Modern Art and two beautiful castles. One thing that struck me was that there are hardly any signs written in English, and the tourist map is very difficult to understand. In the evening, we ate some street food, had a little nostalgia beer from the boat terrace before doing a little shopping, and then went to bed.

Swedish women. I left a paragraph for this because I have never seen so many good-looking women in one place in my life. Beautiful blondes with braided hair, pretty bodies, beautiful white teeth, pretty butts, and, most importantly horribly mischievous eyes and looks. I have no particular ‘type’, but I do have a weakness for this kind of woman. They just looked at me mischievously and all my confidence and resistance disappeared – I could barely speak.” 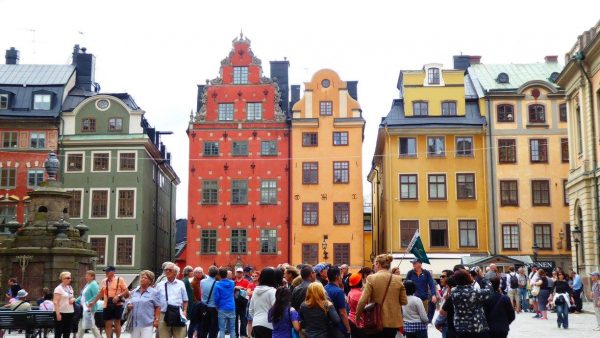 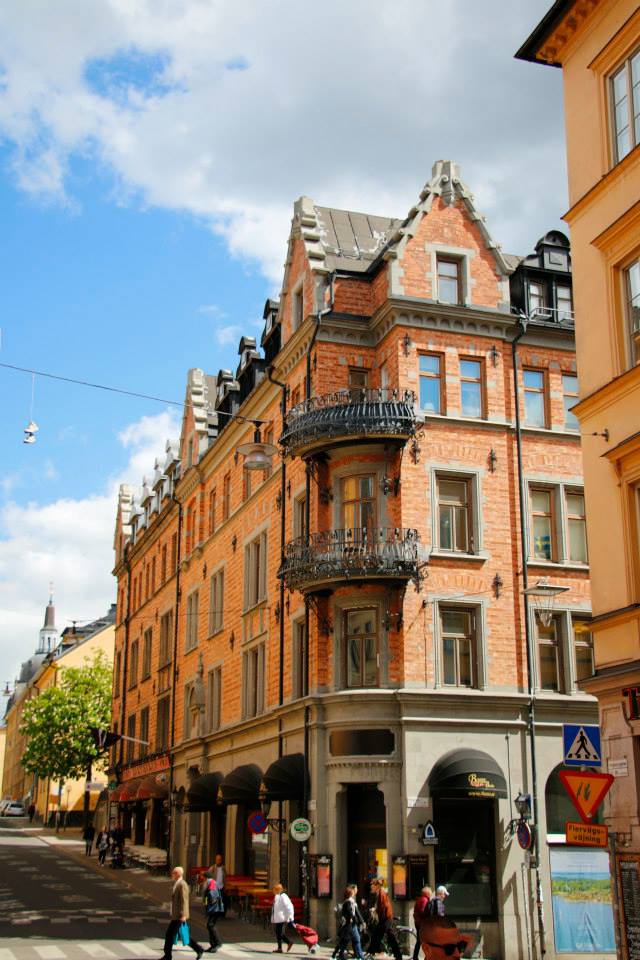 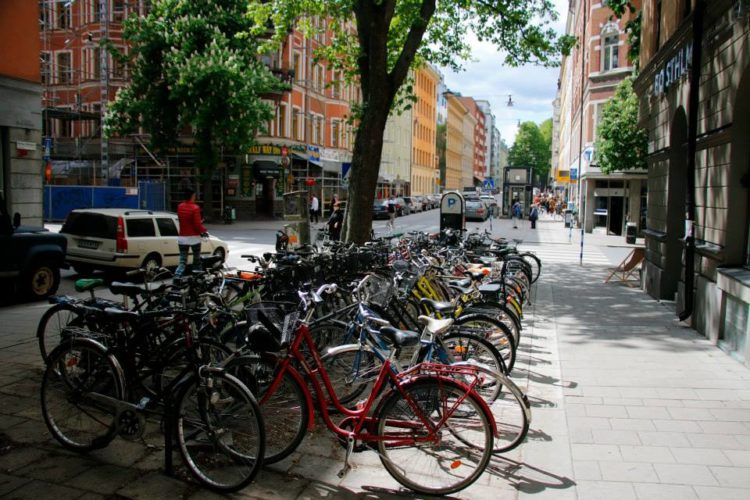 ‘You can tell a lot about the organization of a people, a society, or a state by looking at its public transport. The structure, prices, drivers, and travelers all help to form the surface and the ‘face’ of a place, through myriad small impressions. In Stockholm, the Swedes do their best to make it easy for visitors and residents alike to travel, without bothering with tickets and small change, and to use all sorts of means to get people from point A to point B in as little time as possible. With a single rechargeable blue card, which you scan when you get on a bus or at a subway entrance, you can get anywhere. Every newspaper shop sells this card, and the owner will explain very kindly (in English) to the clueless tourist what it is and how it works. We only had one problem with the buses: bus stops on the other side of the road forgoing the other direction are sometimes not directly opposite the first bus stop, and in some cases do not exist at all. What’s more, unfortunately, not even the transport company website was much help. But there is always an alternative, so we can forgive them the odd oversight because all the drivers were friendly, and there was never any disruption to the schedule. I generally prefer car transport, but I have to admit that public transport in a big city is faster, more economical, and less stressful. Stockholm is no exception. During the day, the streets and parking lots were filled with Volvos, and there were quite large traffic jams due to road renovations that traditionally take place everywhere in Europe from June to the end of August. Nor are cyclists safe in such a place either, and not only because of the traffic: sudden downpours can also make cycling unpleasant, though there are plenty here who try all the same. We tried too, but unfortunately, the city bikes are not in very good condition and are very heavy. Still, we had a good time on one of the green islands in the heart of the city, but more on that later. 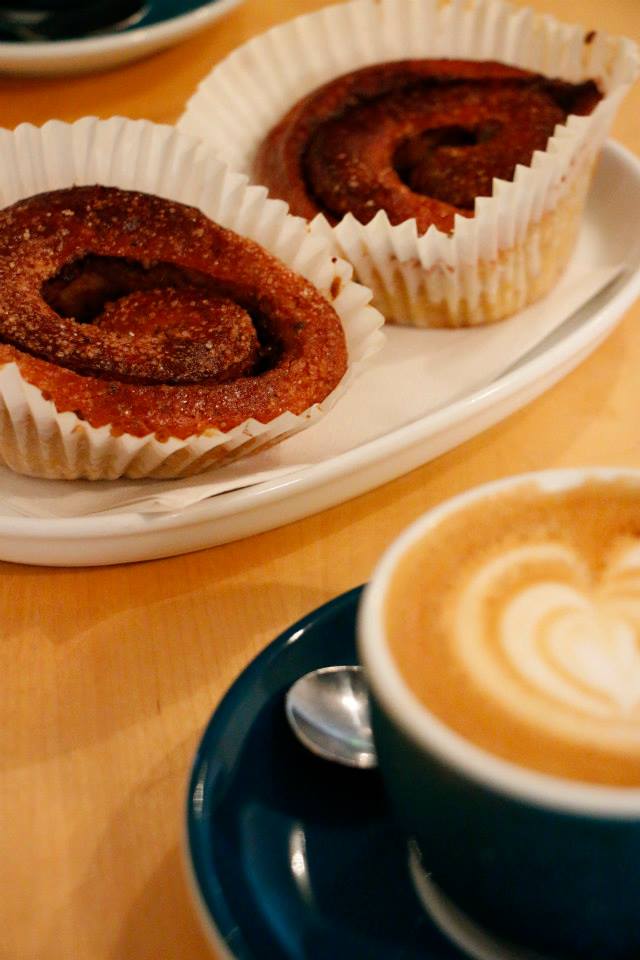 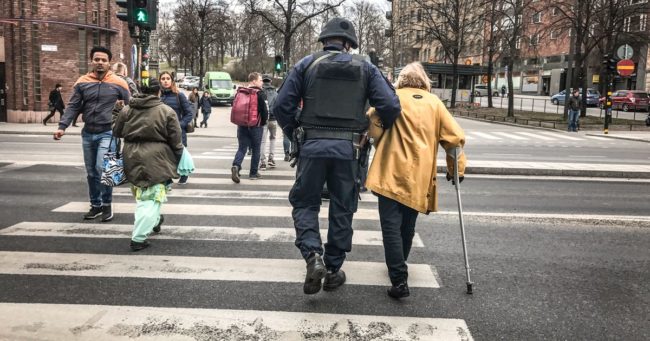 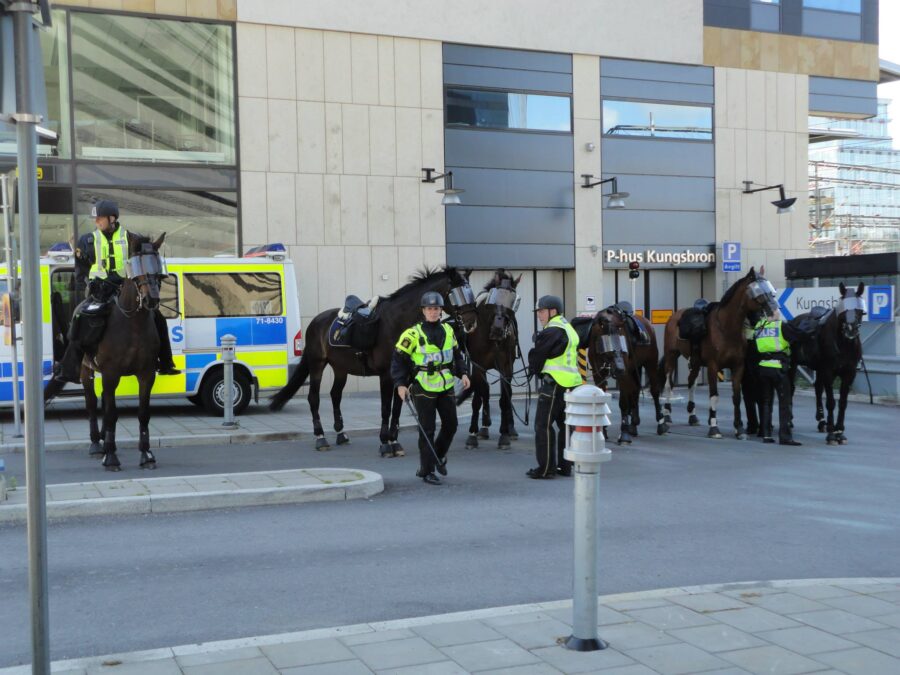 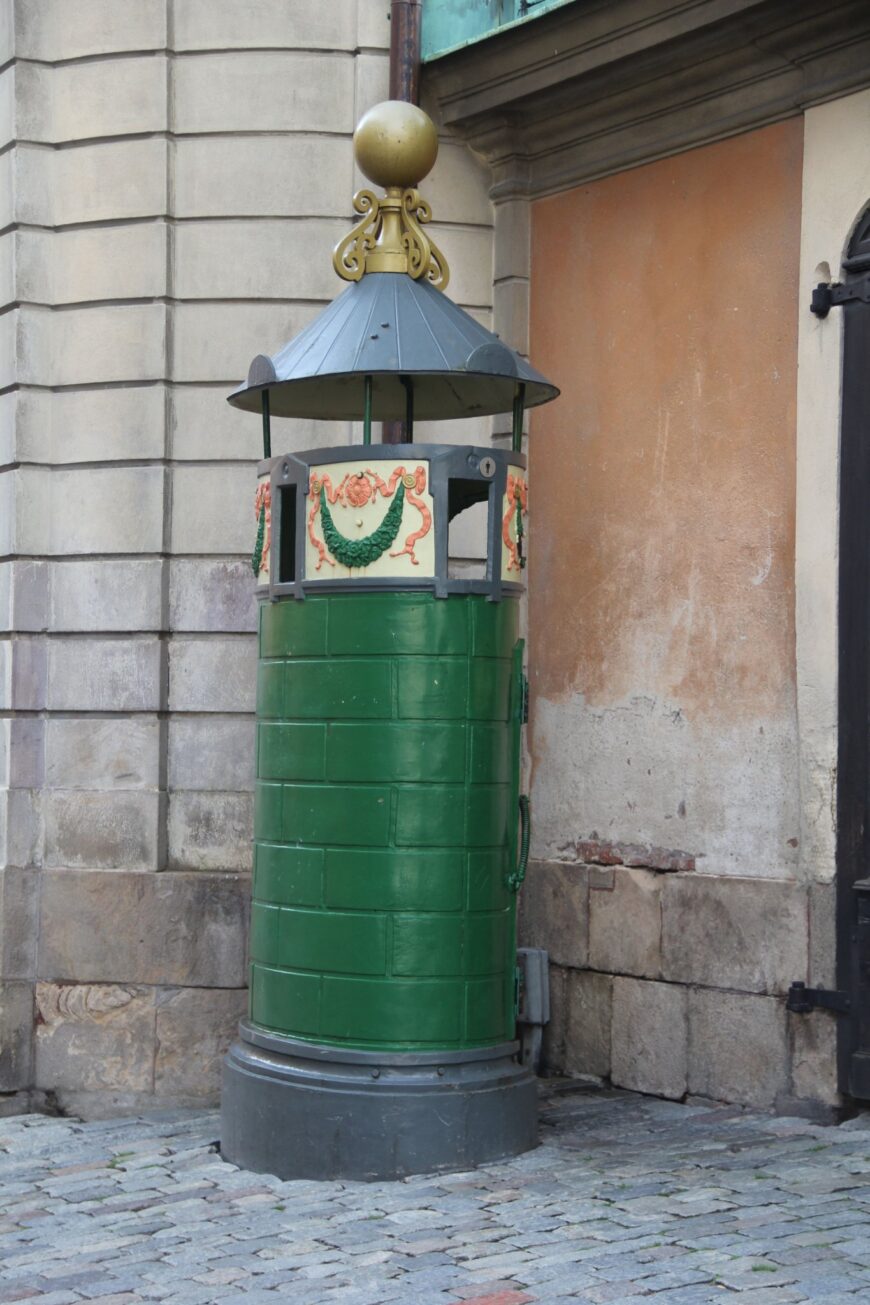 Stockholm - This urinal dated 1890 is still in service in front of the Stockholm Stock Exchange building, near the Royal Palace. - n.b. photo 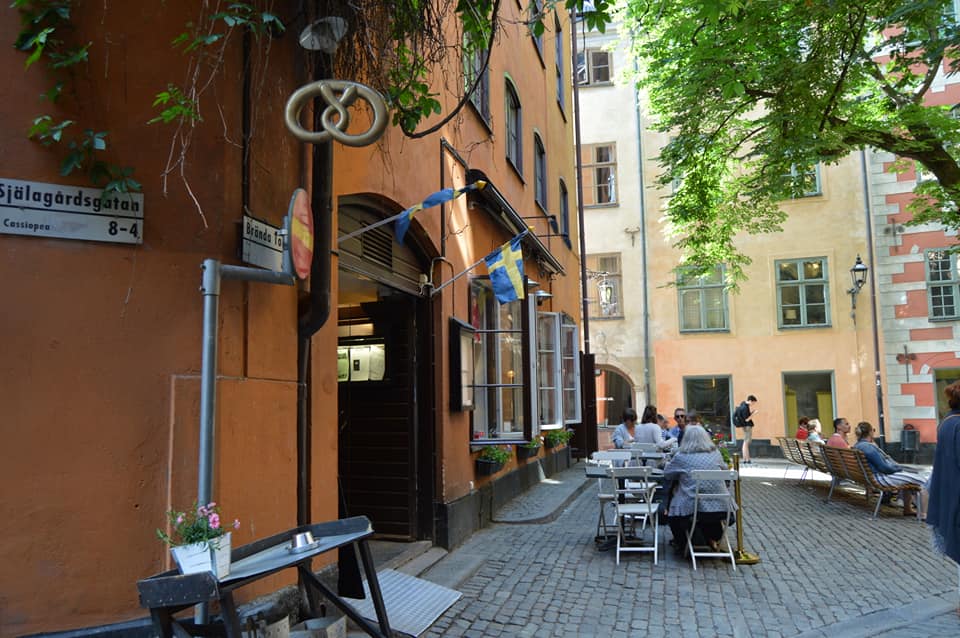 Stockholm is on the central coast of eastern Sweden. The capital city is on 14 islands connected by 57 bridges.

The narrowest street in Old Town is Mårten Trotzigs alley, which is a mere 90 centimeters (35 inches) wide at its slimmest point. 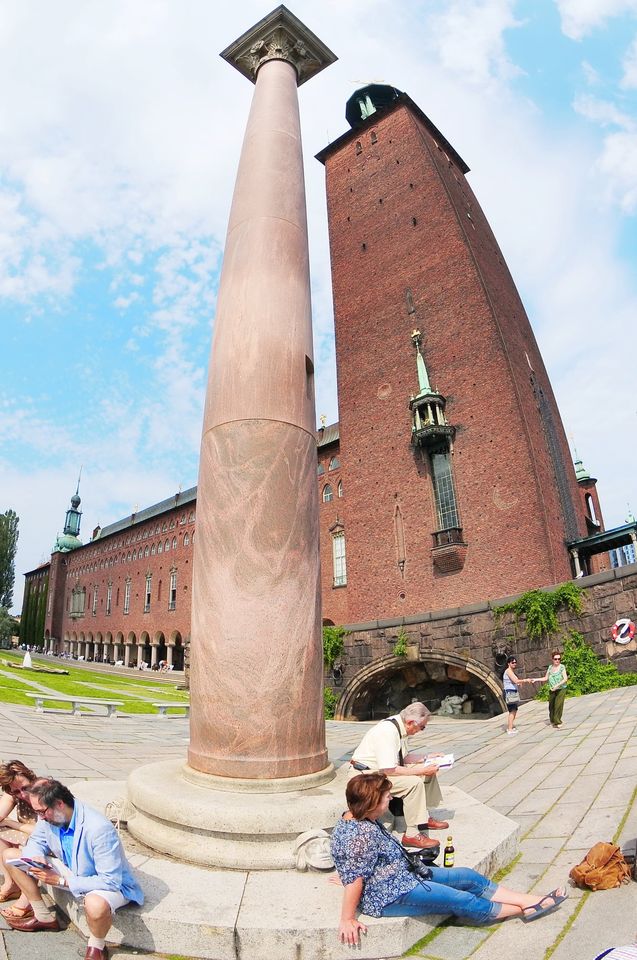 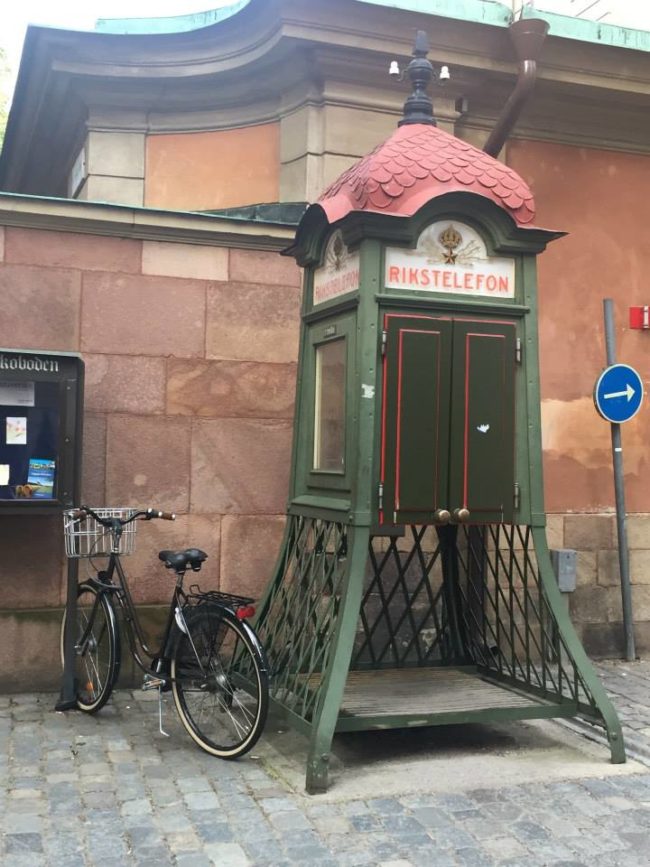 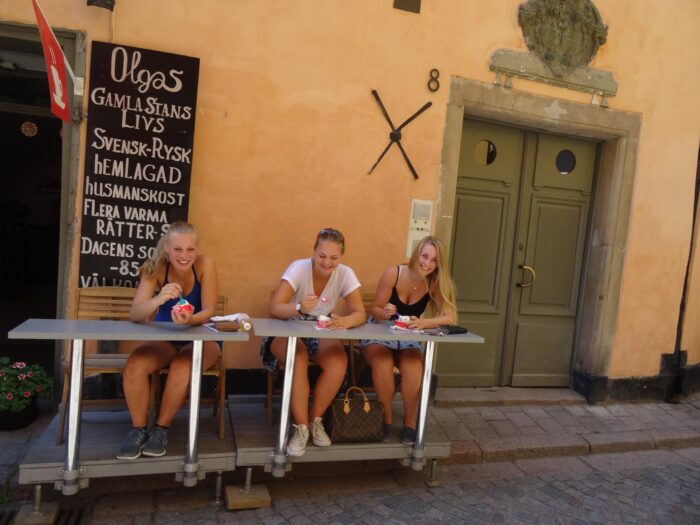 1, Don't initiate small talk with a Swede. They don't like it. 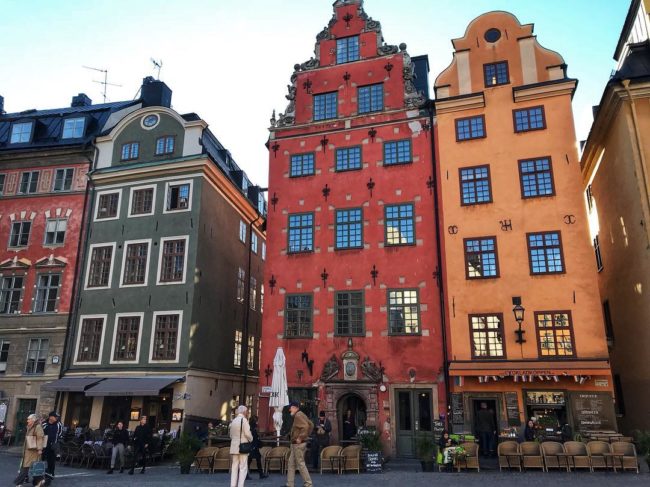 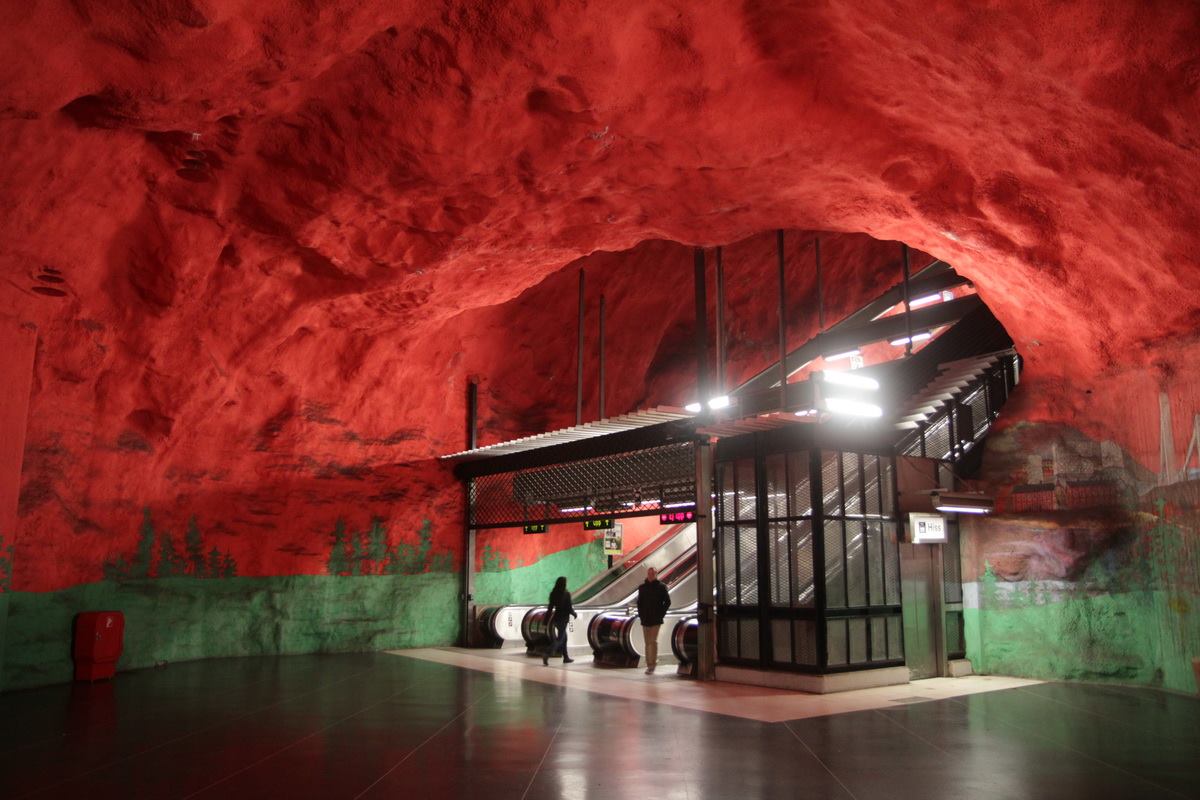