1.    Many beautiful Transylvanian villages like Biertan, Prejmer, Mugeni, Rimeta
2.    Everything in Sibiu

3.    The central streets of  Brasov
4.    Drive the Transfagarasan Highway and be amazed by the stupendous mountain scenery
5.    Young people in the larger cities speak good English
6.    The splendid churches of Northern Moldavia
7.    Horezu Monastery with its otherworldly silence
8.    The Merry Cemetery in Sapanta - though very morbid

9.    Romania is a safe country
10.  People are hospitable, gladly open to communicate with tourists

12. Nature is far more diverse and exciting than in Hungary or Serbia. 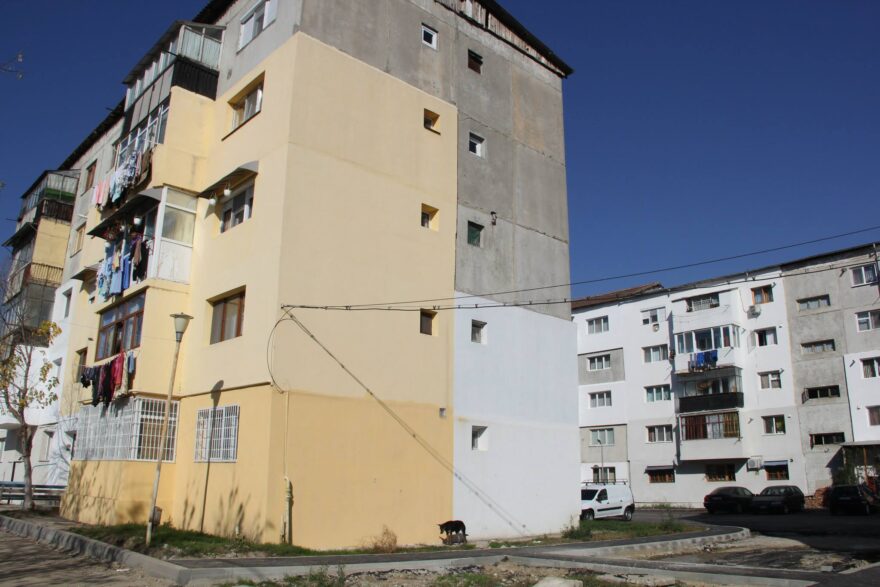 1.    Pickpockets can be a concern in bigger cities
2.    It takes concentration to overtake the many horse-drawn carriages on the roads
3.    Many roads in the Maramures region are in terrible condition
4.    The standard of driving is pretty poor
5.    Many wild stray dogs
6.    Dangerous gang-like groups of homeless street kids
7.    litter-strewn beaches on the Black Sea coast
8.    Rumanian food is delicious but not healthy (predominantly pork-based)
9.    Do not get sick in Romania and in particular do not end up in a run-down public hospital

10. Some taxi drivers are eager to rip you off foreign tourists.

“Apart from the sights, the most special experience for me was the hospitality of the Romanians, who were always extremely considerate and helpful. Some might be surprised by the comparison, but I’ve only experienced something similar in Japan, where they never refuse a request for assistance, since to do so would be shameful.

The landscapes of Romania are breathtaking, and there are plenty of architectural sights as well, from carved wooden gates to Art Nouveau palaces.

Driving your car or a rental car

Advantages: You can have significant autonomy of going around compared to public transport, slow and infrequent in some regions. It gives more flexibility to find accommodation which suits you best. The quality of major roads is improving rapidly. New highways (free, for now!) dramatically shorten long journeys.

Cons:  Secondary roads are in bad condition, harm your car, may cause defects. To find repair can become a headache and a waste of time.
Some sections of the roads are riddled with huge potholes. Therefore you must be extra careful, especially as Romanians drive fast and do not always obey the traffic rules. Some of them are real road hogs driving recklessly or inconsiderately.

You can not entirely rely on the road signs. You may need a traditional (but newly-edited) road map because the GPS sometimes gives wrong suggestions in the countryside.
Remember to turn your lights on during the entire driving time. Avoid driving at night.

The timetable of the rail network (CFR) is not reliable, delays are frequent. 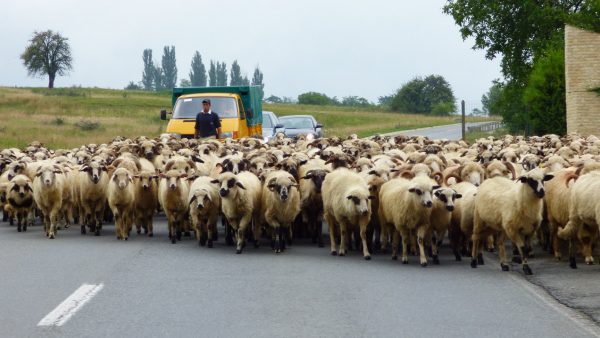 Vegetables are tastier than in Western Europe or North America. 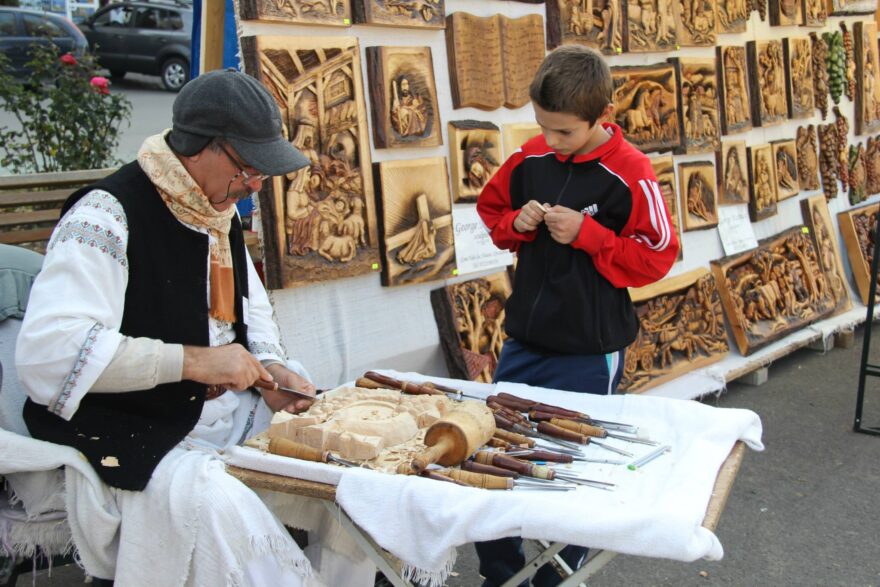 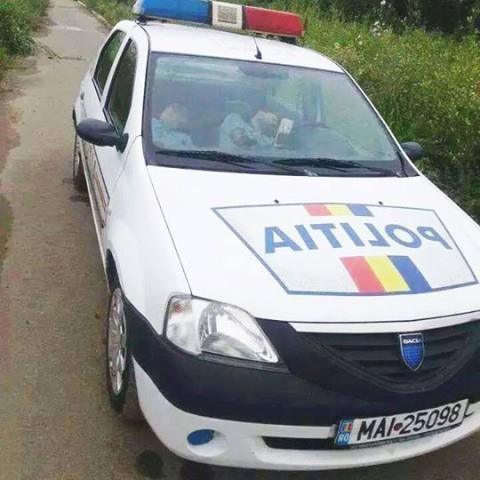 If you eat game meat, make sure that the meat has been cooked, grilled thoroughly, and for a long time.  Why is it so important? Because a disease that no longer exists elsewhere still comes about in Romania (and in some other Eastern European countries): trichinosis (a parasitic disease caused by roundworms).

Avoid skin contact with stagnant freshwater: do not wade along rivers,  even less in lakes and ponds because droppings of rodents contaminate the water. There is a risk of leptospirosis, an infectious bacterial disease occurring in rodents, dogs, and other mammals, that can be transmitted to humans.

There is a dispensary in most villages. Do not hesitate to go there and show your minor ailments, especially tick bites. Treatment is free, and you don't risk getting lost in the labyrinth of a big city hospital.

Romania - Small town business - you can stand on the scale for 0,5 LEI (about 10 dollar cent)

Commendably, the problem of stray dogs in Bucharest has been eradicated. But that did not happen in the countryside. Beware of the stray dogs because some of them are nasty.

Although Romania is located in Eastern Europe and is part of the Balkan region, it is an outside in both cultural and linguistic terms.
Neighbors: Hungary (west), Serbia (southwest), Bulgaria (south), Ukraine (east and north), Moldova (east) – Romania has a coast on the Black Sea.

Capital city: Bucharest with 1,8 million inhabitants (2020) - The Palace of Parliament is the second largest administrative building in the world, right after the Pentagon in the United States.

Population (in 2020): 19,2 million ) – Romanians are ethnically not Slavic. Most Romanians usually emphasize their Latin origins, while some claim that Romanians are descendants of the indigenous tribes living in the region way before the Roman colonialists arrived, who mixed both with the Roman invaders and with Slavs also living in the area. Definitely a hot and unresolved topic.

Official language: Romanian is a Latin-derived language related closely to languages such as Italian, Spanish, French and Portuguese – Romanian, which is the only Latin language spoken in Eastern Europe, also has many words coming from Slavic languages, Turkish and French.

Religion: 80% Orthodox Christian - Romanians are the most religious people in Europe: 55% of the population regularly attends church.

Form of government: parliamentary republic with a semi-presidential regime

Romania is a member of both NATO and the European Union, but it is not part of the Schengen area.

Romania has the largest gold reserves in Europe.

Safety: Romania is a safe country, but tourists should watch out for pickpockets and scammers, and should definitely avoid people who propose currency exchange services in the street.

Danube Delta, medieval fortified churches in Transylvania, wooden churches of Maramures, historic center of Sigishoara, painted monasteries of Bukovina, Monastery of Horezu, Transylvania’s picturesque landscapes, the Transfogarasan (one of the most scenic roads in Europe). 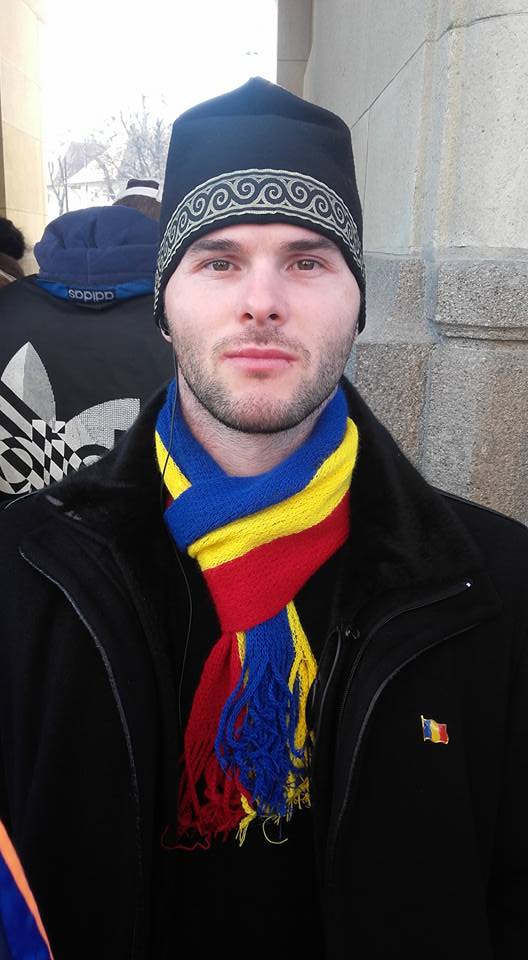 In Romania, you can find all types of natural attractions: sea and river deltas, mountain ranges, untouched forests, wild animal species which are extinct elwhere in Europe.

It is markable how many churches there are in Romania, including a lot of new ones.

Romania globally ranks first for private homeownership. 96% of its people live in owner-occupied dwellings (44% in Switzerland,51% in Hongkong).

,, While corruption is still an issue, things have improved considerably during the last 10 years. Lots of high-profile politicians and rich people have been sentenced to prison on corruption charges. Though the question remains on how sustainable this fight against corruption is, whether Romania will be able to continue cracking down on corruption, no matter which political coalition will be in power. " (2019)

In Romania, a big majority over 40–50 of age are very religious.

Many Romanians like to show off wealth, even if it is just an appearance. Even those who can hardly afford it are buying expensive clothes, watches, and cars while living in a low-quality apartment and eating unhealthy food. (However, owning a home is also a must.)

Romanians are mostly homophobic and like to make rude comments on homosexuality.
The public view about cheating a spouse is mainly tolerant.

Orthodoxy takes a huge role in Romanian society, people go to church and pray for salvation instead of going to the doctor.

The Romanian language (Latin sound) is much more beautiful than the Hungarian, Czech and Slovak languages.

About two-thirds of the Romanians act super lovely in front of you, but they gossip about you when you are not there.

At least two-thirds of the young Romanian girls are gold-diggers. A larger proportion of Romanian men are sexist, macho than the European average.

Romanians have a saying: “Romania is beautiful, too bad it’s inhabited.” 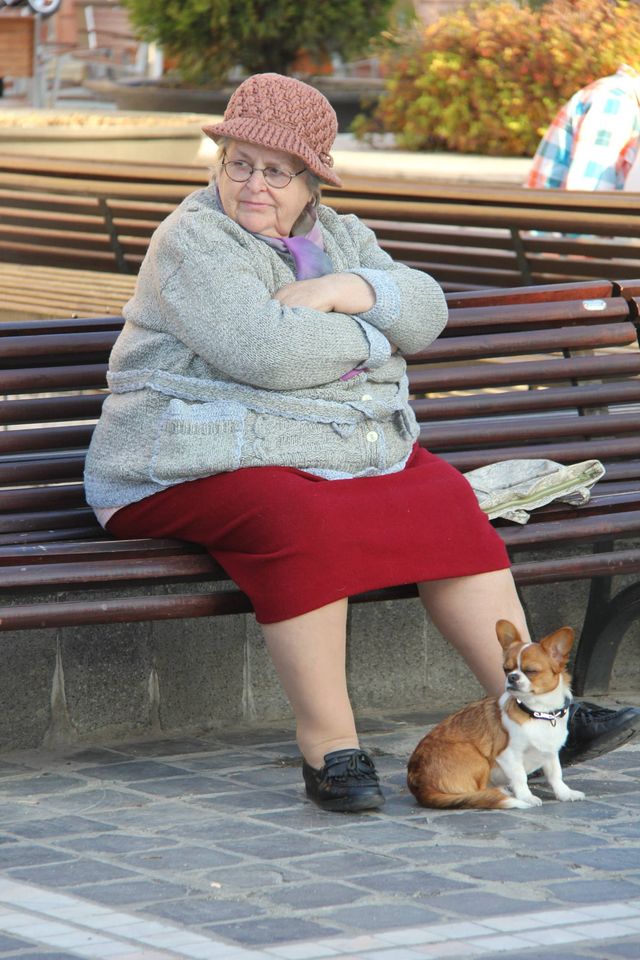 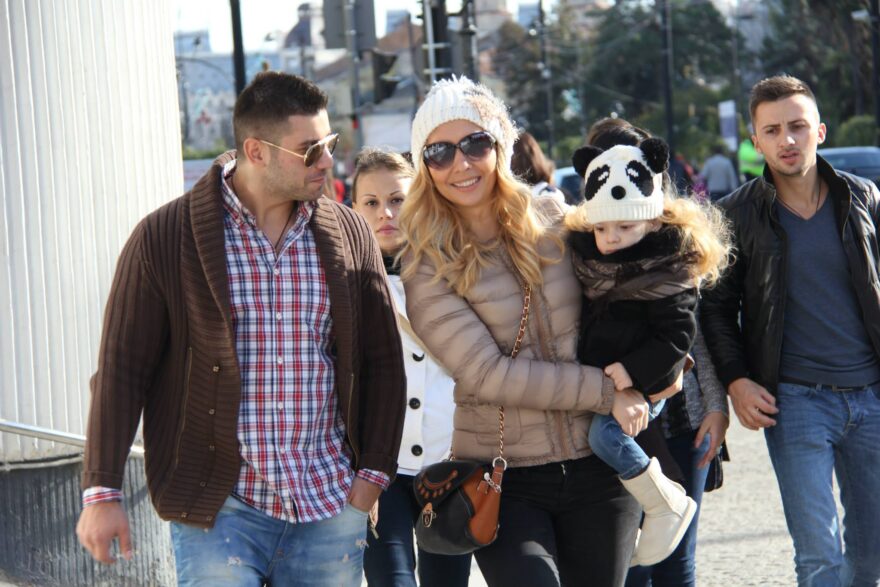 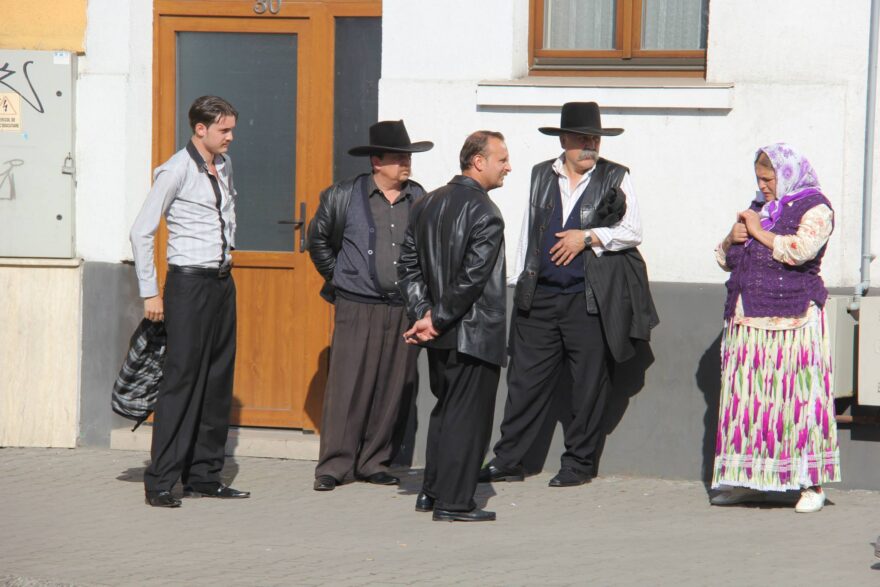 1. Romanians are typically outspoken, don't like to hide their opinions. They mostly don't intend to insult the other with such straightforward speech. They don't want to use too much euphemism, like the Brits. The foreign visitor should not feel offended by such behavior and react nervously.

2. When talking to locals, avoid express regret about their Communist past. Some Romanians still harbor a kind of nostalgia for the paternalistic rule of those times. Most Romanians are happy about freedom, but - as patriots - may not like it if a foreigner makes judgments about their history. The topic of the Ceausescu-era is sensitive. Ask as much you wish, but don't necessarily initiate a debate. You can expect that most of your conversation partner will be open to being critical about their country's past and presence. 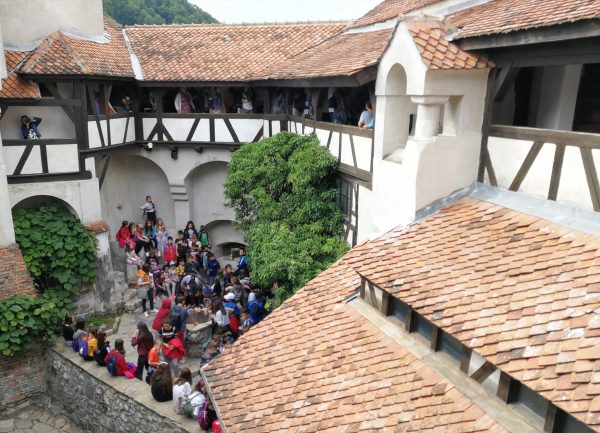 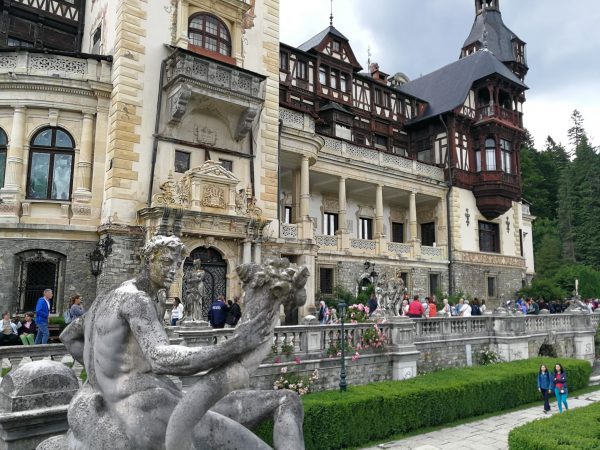 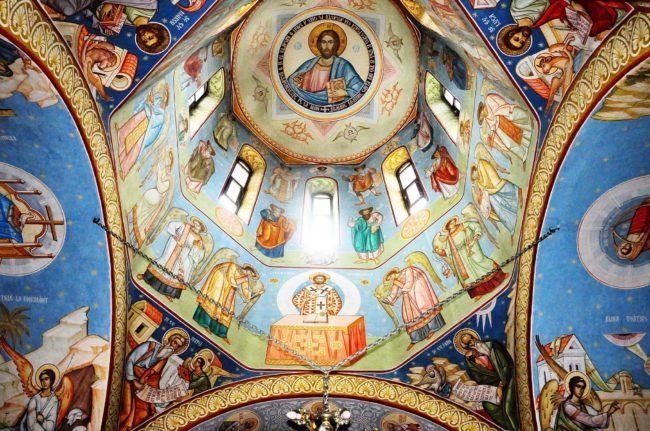 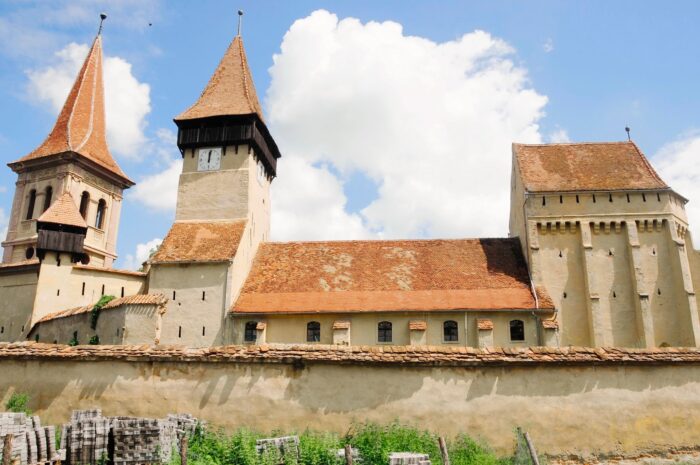 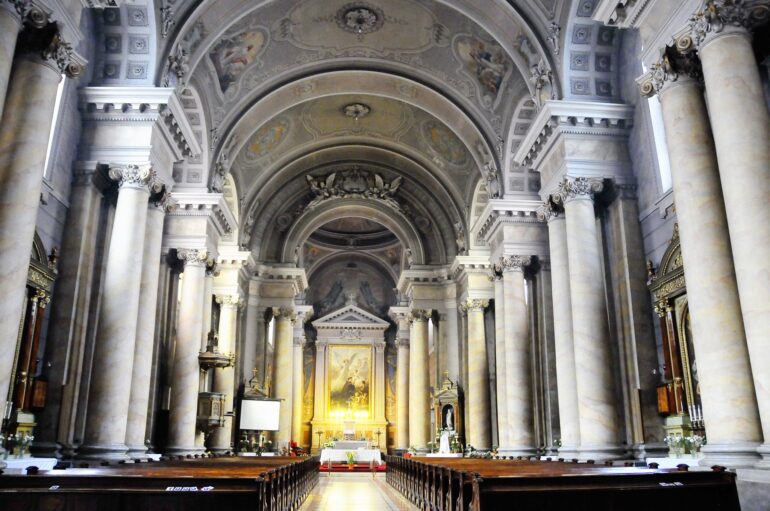 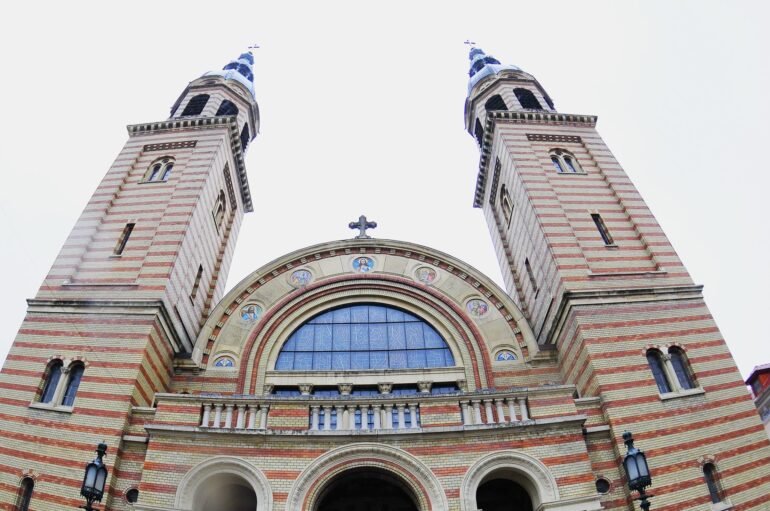 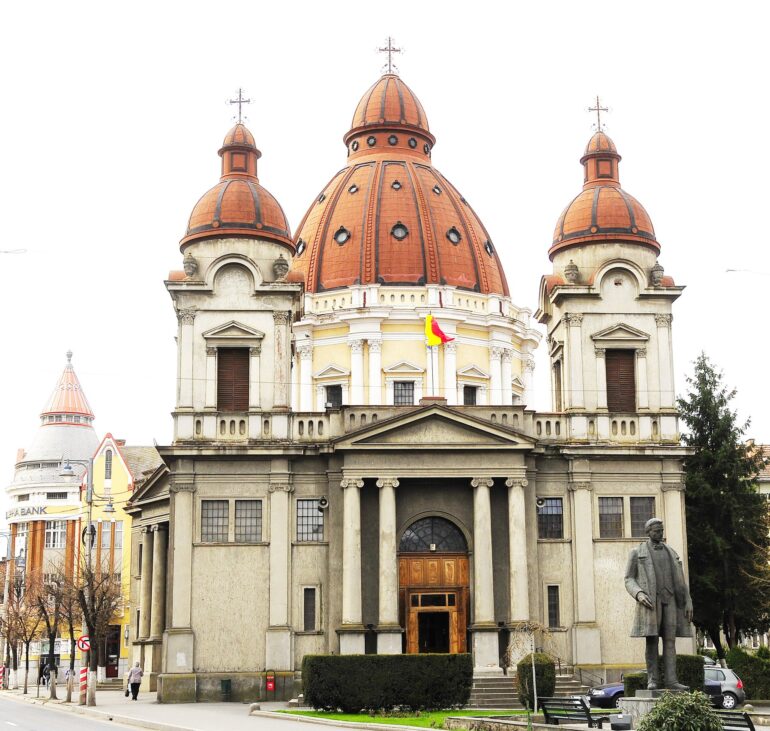 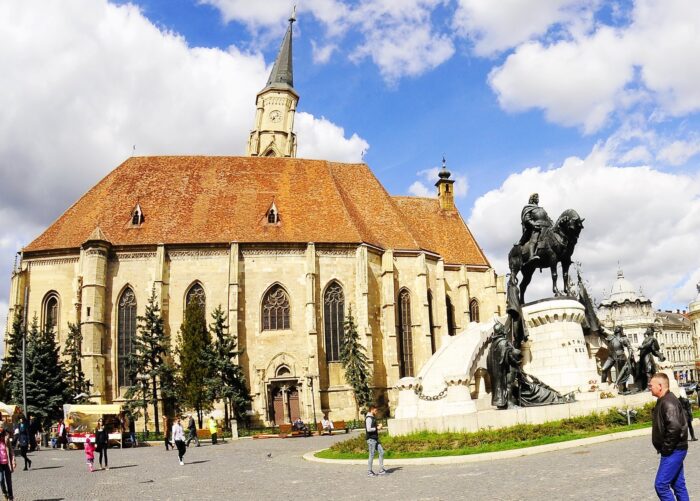 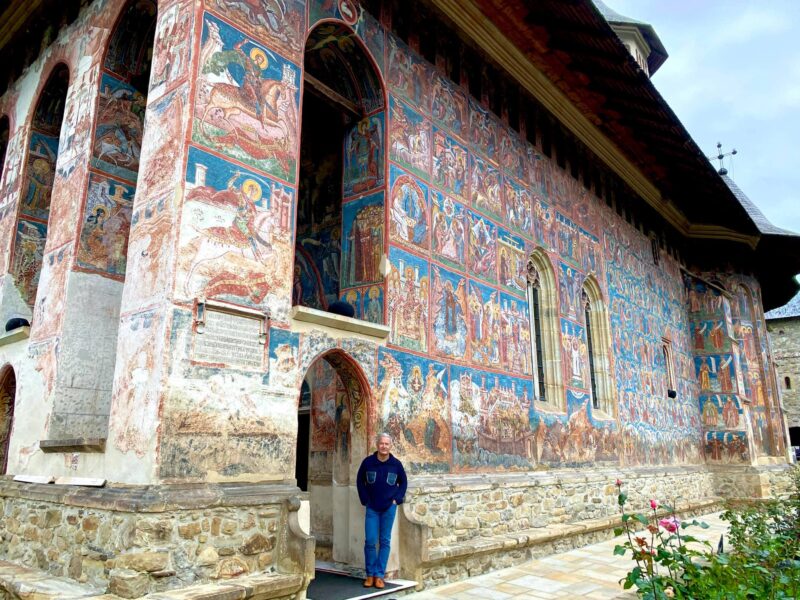 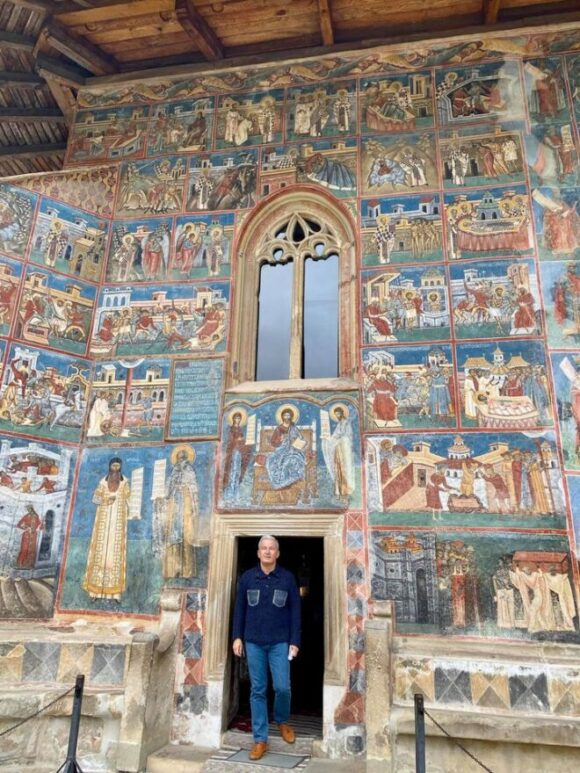