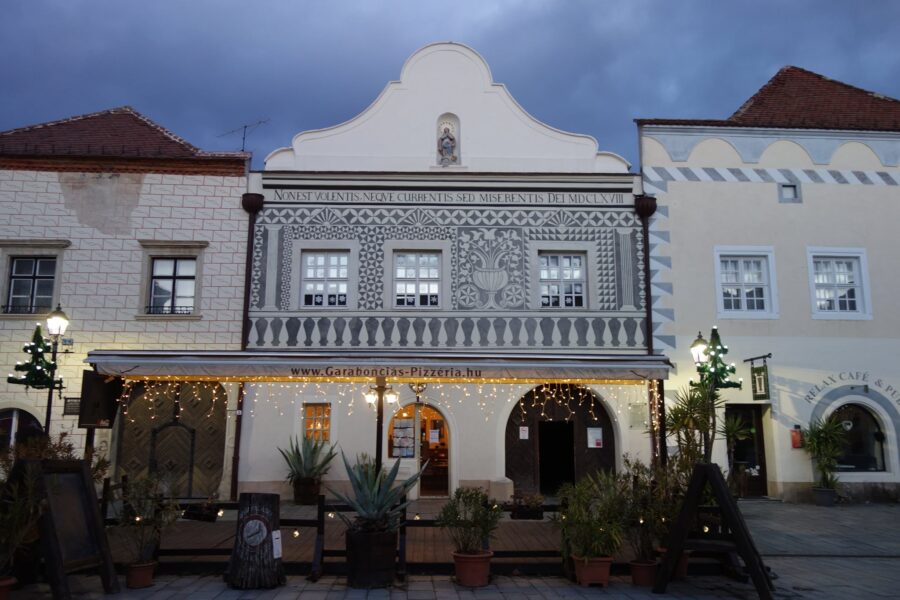 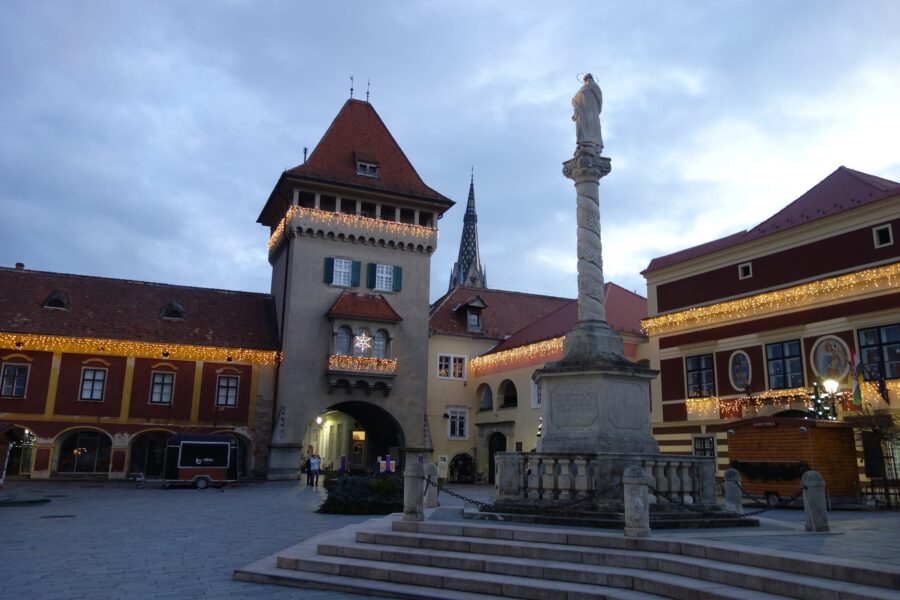 ,, Tucked under the apron of the Alps was how it was described to me. All I can say is there must be very long apron strings. Having said that there are some nice hills to the west and with a bit of imagination you can picture mountain grandeur. We are up against the Austrian border so a bit of The Sound of Music imaginary is permissible.

Kőszeg is one of those places that feels a bit as if it has dropped out of the back of a history book. For me, it has a little of a Hansel and Gretel feel about it with some stunning architecture some beautifully restored very old houses often cheek by jowl with others that are falling down. I found the whole place odd but also very lovely in parts but strangely deserted. Not that there are no people just nowhere as many as you feel there should be.

You feel like checking for Billy Goat Gruffs or Trolls under the bridges.

As I said it is very pretty with a couple of really cool squares and a rather super castle with an interesting museum.

Kőszeg is a quiet backwater nowadays perhaps now a bit of a dormitory town, but this was not always the case. In the sixteenth century, Kőszeg became the major flashpoint of the war against the invading Turks. The Turks were trying to take Vienna which of course they failed to do. I wonder to what extent Kőszeg holding out effectively behind their lines contributed to their failure. “In 1532. Between August 5–30, Grand Vizier Ibrahim led 19 major assaults against the town. Under the leadership of the town and fort of Croatian captain Nikola Jurišić, a small garrison of only 700–800 Hungarian,[3] Croats and German soldiers repelled an Ottoman force numbering over 100,000 soldiers” (WIKI)

Apparently part of the reason for the Turks giving up and leaving was a revolt by the Janissarys the army's elite troops. Janissaries were taken more or less as slaves from places like Greece Bulgaria and so on as children and brought up as Muslims and conscripted into the army. “According to tradition, the last contingent of withdrawing troops were meant to have left the city limits around 11 o'clock. As a memorial to this historic heroism, the church clocks in the town have read 11 o'clock since 1777.” (WIKI) They actually ring an extra bell at 11,  I listened out for it. You can still see some walls and the castle. The whole place has that medieval feel about it. There is a lookout point called Suliman’s lookout after the Turkish Sultan of the time Suliman the Magnificent. A pretty impressive guy who more or less, less, in this case, conquered all before him. He died in Hungary however so don’t mess with Hungarians.

There are all sorts of old stuff. In 1677 the secondary school, Jurisics Miklós Gimnázium, was founded. It is the oldest operating International School in Hungary. It's there on one of the main streets and its interesting to think that it had international students coming to it for all that time. Nice building as well.

The main sight I guess is the castle the Jurisics Var and I enjoyed my walk around it. You do feel, or at least I do, that castles tend to be a bit samey, but worth it anyway. At the ticket office and cloakroom, they let you dress up. I dressed up as a Turkish Pasha. Pretty good but it would have been better if there had been a Turban to go with it. Who’s that fat Pasha I heard them shout, or at least that’s what I think they were saying.

Kórszeg is not a large place and you can walk around easily. The main square has quite a few restaurants and cafés. All the ones we tried were good special mention being due to Ibrahim’s café and the Arány Strucc restaurant, of which more later. In Ibrahim’s, we had some rather nice Hungarian dumplings called gödölle. I wonder if the besieging Turks used to pop in during a break in the actual besieging of the castle?
Basically everywhere you walk the town has quaint and interesting houses, there are also some excellent wine cellars. There are some that you might describe as having character. The sort of place they check you for knives and guns when you go in and if you don’t have any they give you some.

The first night we ate at the Arany Strucc a traditional Hungarian restaurant on the main square. According to the waitress, it has been a restaurant continually for the last four hundred years. It was nice enough if a little worn about the edges but I suppose after four hundred years most of us wouldn’t be looking that great. The food was fine, the normal Hungarian sort of choice. I had the beef stew which was excellent. Not much of a selection of wines for a wine-growing region but what we had was good. Good enough to not clearly remember.

It was quiet so we had a chance to find out some of the histories of the place from the chatty waitress. Arany Strucc translates as Golden Ostrich perhaps an odd name for a restaurant in a small town in Hungary. What I hadn’t realized was that Strucc is equivalent to the name Strause. “The name has been used by families in the Germanic area for at least a thousand years. The overlord of Gröna, for example, went by the name of Strucc and used the image of an ostrich as his symbol.”(WIKI)  Which begs the question what have Ostriches got to do with the medieval period in Central Europe. The waitress said the place was founded by a Strause (translated to Struz or the other way round) who brought back an Ostrich from Africa. Apparently, he is supposed to have ridden it to work. This association leads to the bird being named after the person or maybe the other way round. While there I didn’t notice anything in the way of Ostrich riding, more the pity.

If you tire of looking at the architecture, eating in the restaurants, seeing the castle, and indulging in the wine bars a shortish work out of town is Suliman’s lookout. You head off from the main road along a little lane, onto what seems an easy path, and on up a fairly steep and deep defile to the top of the hill. As long as you are reasonably fit the walk is not too bad. There are signs off to the left along the top of the hill for the lookout point. When we got to the top we were pleased to find a stall with fruit and drinks. There was an honesty box and you leave what you think is fair for what you have. You walk along your ways and come to a platform looking out over the town. They say that Suliman the Magnificent looked down on the town from here. If he did it didn’t do him much good as they never managed to take. Kószeg. The way down is slightly more adventurous a path going down from the front of the lookout. A few lessons from a mountain goat would probably not go amiss before you tackle this decent.

All in all, it's a nice and interesting place, a bit quiet when we were there but we were there out of season. We stayed at a really nice place called Sziget Vendeg Haz, with excellent rooms and nice people within an easy walk of the center.
Enjoy. (Alan Durant, 2021) 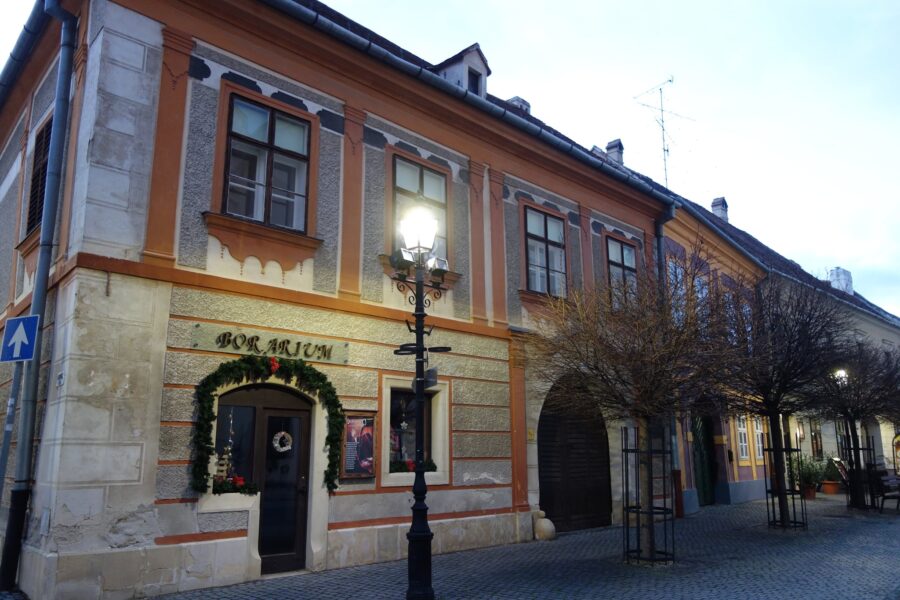 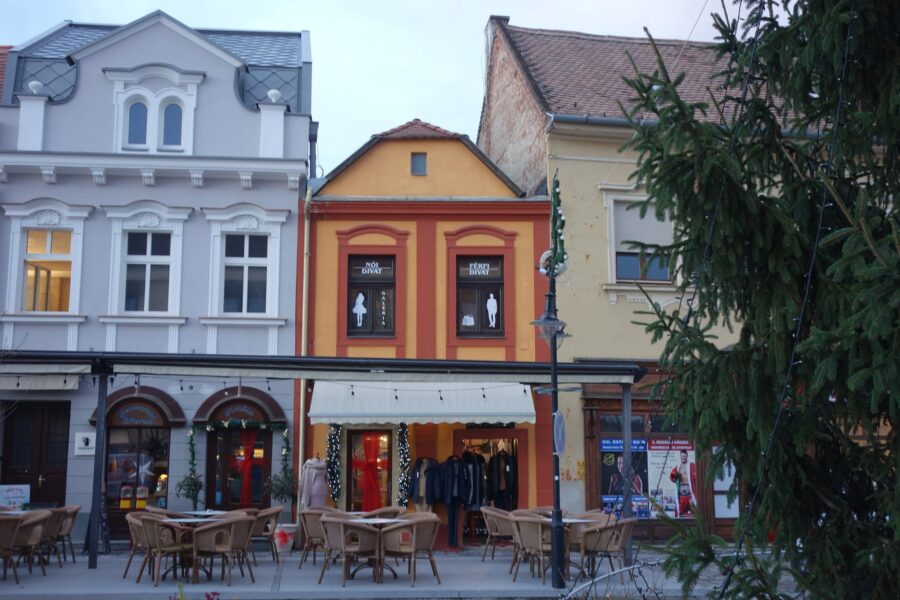 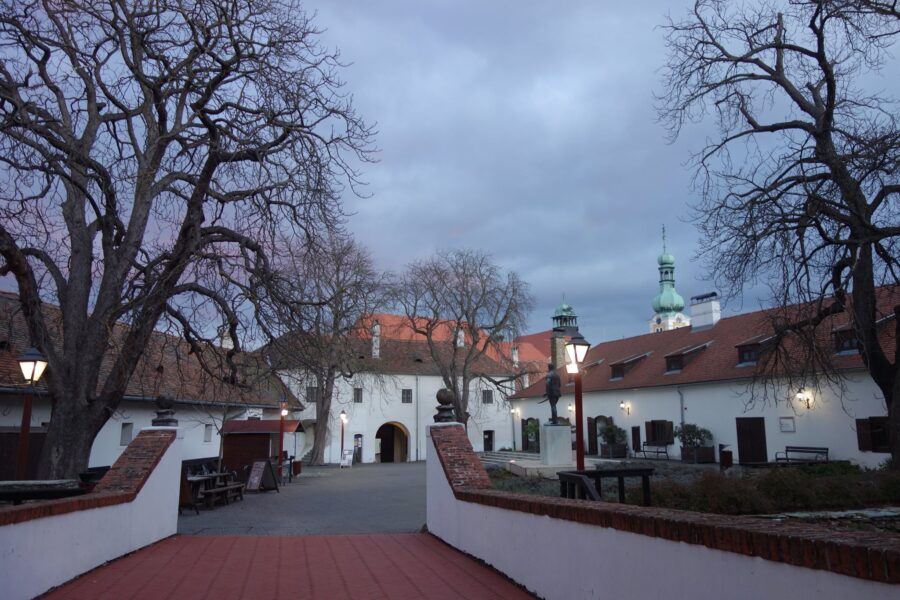 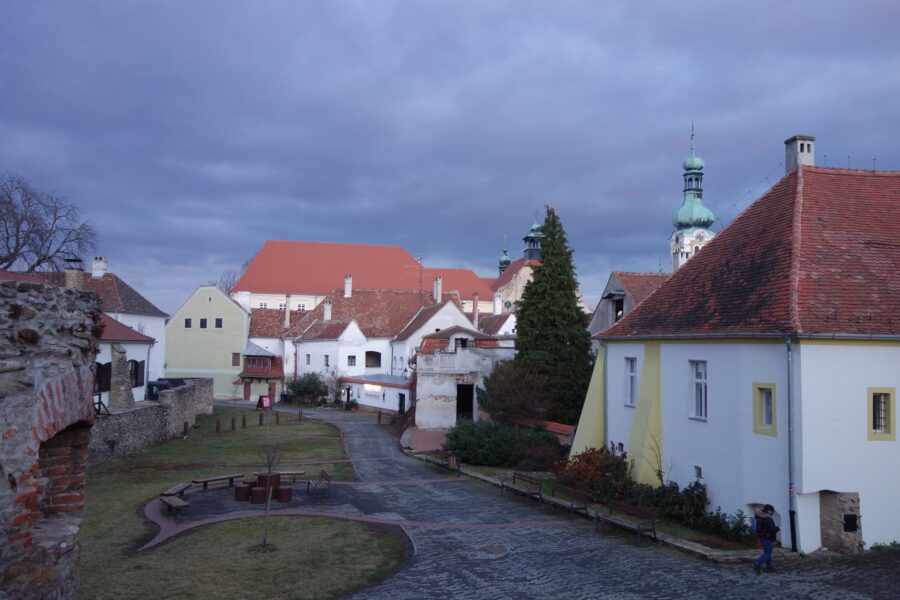 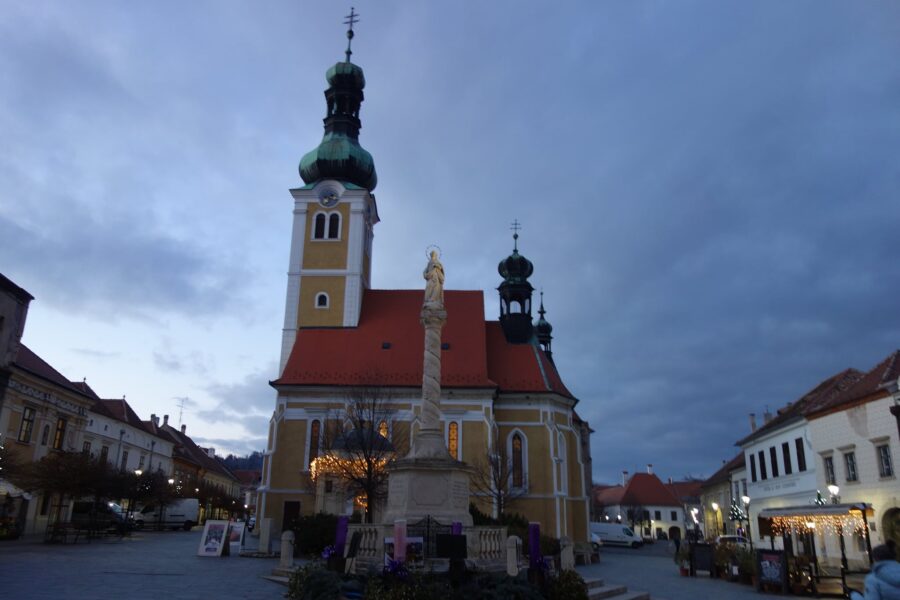