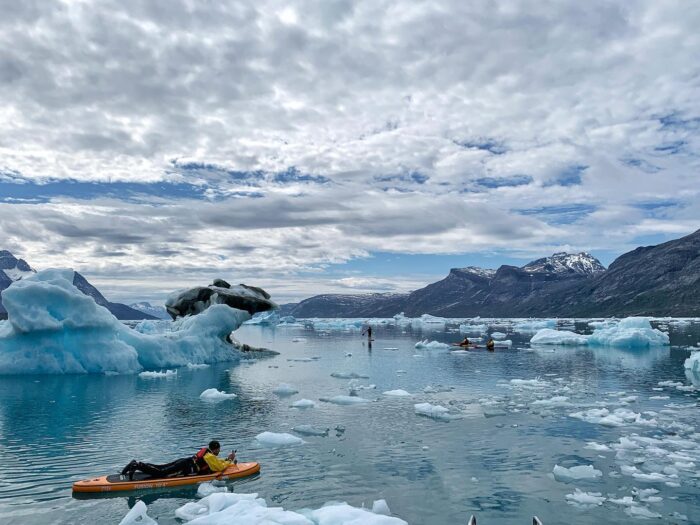 1. A few hour long, reasonably easy climb to the Mount Hassel and see the Arctic ,,desert" (behind the town of Kangerlussuaq)

2. To see alot of sled dogs

3. In Ilulissat small settlement, the colorful houses and the untouched nature behind them

4. A memorable boat trip among the icebergs

6. Hiking along the Disko Bay

1. I had continuously put high-factor sunscreen on my face

2. War against the mosquitos

3. The smell of the sled dog's fartings

Greenland with a kindergartner

One autumn morning, we woke up to discover that Air Greenland was launching a post-Covid sale, with tickets from Copenhagen to three Greenlandic cities for only about 200 US dollars, but they were all tickets which meant that both on the outgoing and return journeys we’d have to overnight in the city we were transferring in (Kangerlussuaq. In addition, small children were given a 50% price discount.).

Greenland has always been on our bucket lists, but until now the ticket prices had always dissuaded us. Now, however, there were no excuses, so we quickly snapped up the discount tickets. There was a bit of a misunderstanding when buying tickets because for some reason the website of Air Greenland did not want to accept our bank card, but after a quick exchange of letters they called me from the head office in Nuuk and we were able to pay for the tickets by phone. Of the three possible destination cities, Sisimiut, Ilulissat, and Nuuk, we chose the first because of its hiking opportunities.

Kangerlussuaq: It is very overpriced because they know that tourists waiting for a transfer have to sleep somewhere, and are also desperate for something to do. There are a total of three accommodation options, of which we chose the cheapest, but it still cost more than I’ve paid for five-star accommodation elsewhere for one night, while here the bathroom and kitchen were shared with others, for breakfast we were given bread rolls with cheese, and fell asleep to the sound of Dolby stereo droning through the thin walls…

Luckily, the first day was already eventful, as after the affordable, in-house, defrosted meal we ate after our arrival, we were able to catch a bus that took us to the Greenland ice cap where we could hike for a few hours. The driver told us quite a bit during the journey, and unfortunately, each sentence was replete with horror stories about the climate – especially about glaciers retreating by many miles every decade and ice walls shrinking from a height of 60m to 10m. There is also a NATO (Danish) Arctic Command base in this city, on which huge military and cargo planes were constantly taking off. I think this feverish activity was largely due to the Ukrainian war.

Sisimiut: The town of about 5,000 itself is not particularly interesting, except for the characteristically colorful wooden houses. Other than one medium-quality museum, I have a hard time imagining anyone spending much time sightseeing here. The only reason we didn’t move on to an even smaller settlement still closer to nature was that we were traveling with a 4-year-old, so it was important that a doctor, drugstore, shops, etc. should be nearby. Even so, there is no shortage of hiking trails in the area. In almost every direction, there is a (moderately) laid out route along which different faces of the arctic world can be explored. Unspoiled nature is just half an hour’s walk from the city center. In early June, however, snow patches, marshy slime, and mud have to be reckoned with, but on the other hand, mosquitoes don’t suck you dry in minutes. (They showed up on our very last day, terrifying the population like a swarm of vampires).

In addition to hiking, we also took a boat trip. Instead of the one overpriced tourist boat, we went with a local fisherman, who took us on a five-hour ride in the neighboring fjord with his skiff for about a third of what the tourist company was charging. Our poor boy has also introduced the hard way to the harsh reality of nature when I noticed a cute little seal swimming about in the water and pointed it out to him. At that, the fisherman’s eyes immediately shone, and from somewhere in the bottom of the boat he produced a gun and started shooting. Luckily, he didn’t hit the seal, because otherwise, we’d have been going to sessions with a child psychologist forever. We also did some fishing with the old man, which basically meant casting the net into the sea, then hauling it in with about 10kg of catch. Nor did we have to spend hours sitting on the boat. Close to the town is an abandoned fishing village (Assaqutaq), which I highly recommend visiting, and from there we followed the hiking trail to Sisimiut.

We hiked about 80 kilometers in total, during our seven days in Greenland. Fortunately, we were in t-shirts and pullovers the whole time, though this meant, we were always carrying a superfluous 10 kg of winter gear. The hikes would be feasible for anyone with medium or better fitness. Even a little four-year-old was able to walk them all the way through, though in fairness he's been in training with us since he was two (... or rather next to us, because after each hike, after he’s rested, he’s still pestering us to go to the playground). In addition, what child doesn’t like mud, sliding on your bum over snow, easy chain climbing, kayaking, and even the sight of polar foxes, reindeer, seals, and muskrats? A natural amusement park and a zoo in one... So for those who want fresh air, a beach, constant sunshine (24h), and an inexhaustible amount of cocktail ice, I highly recommend Greenland. (June 2022) 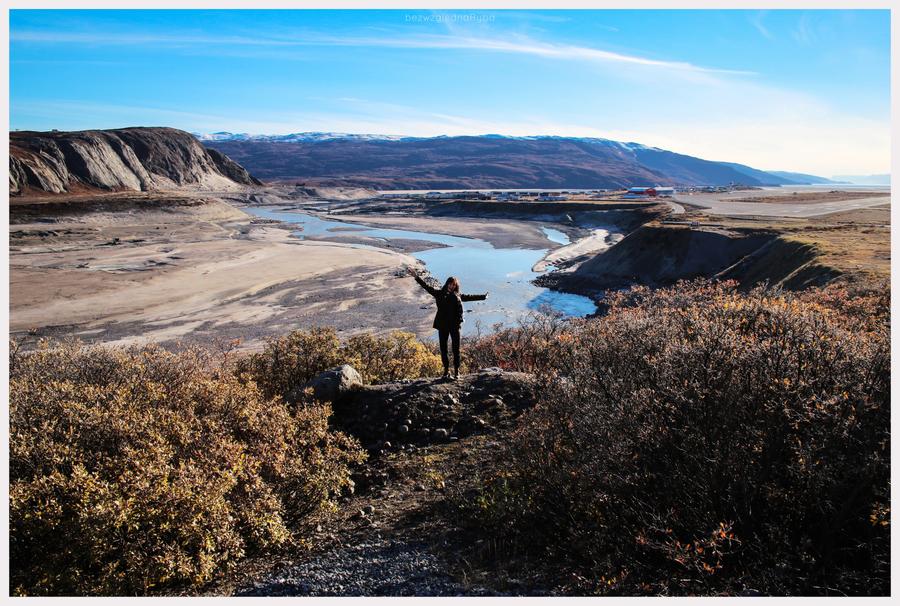 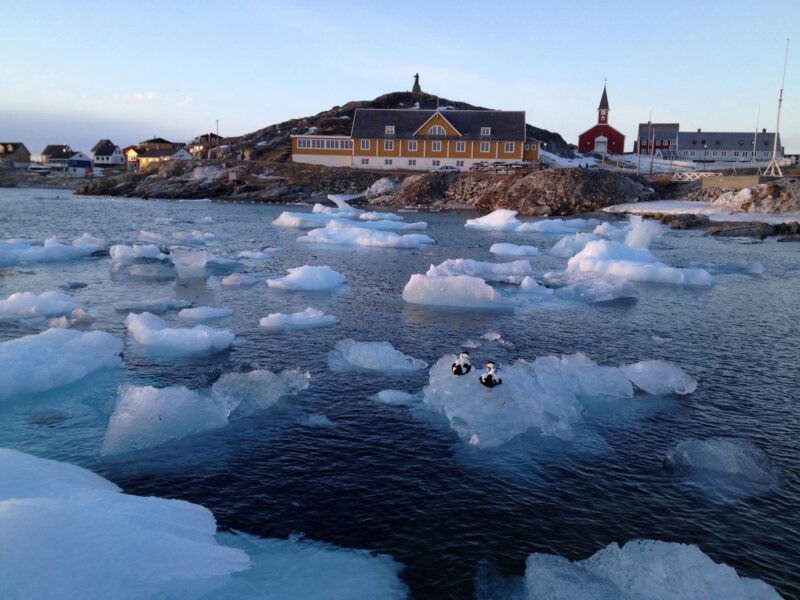 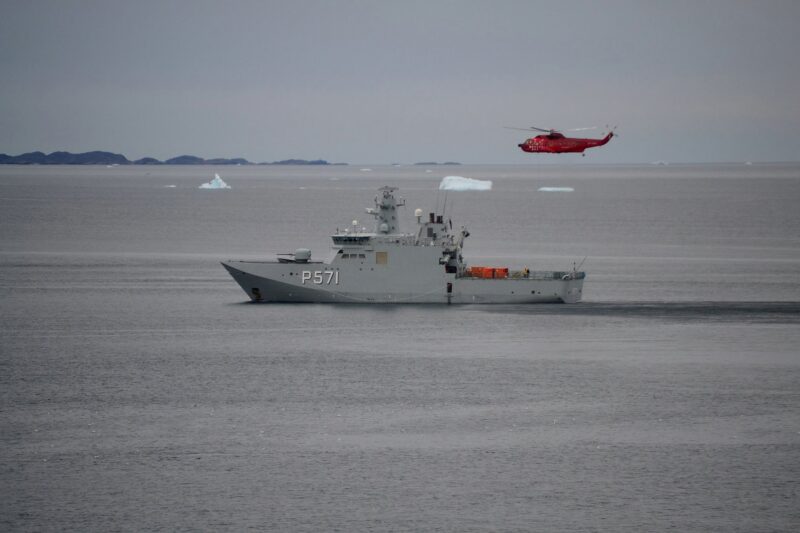 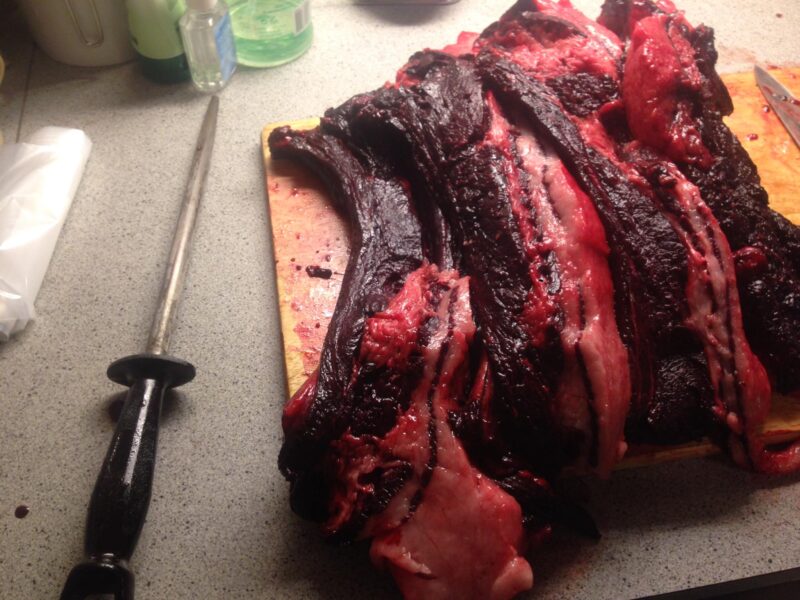 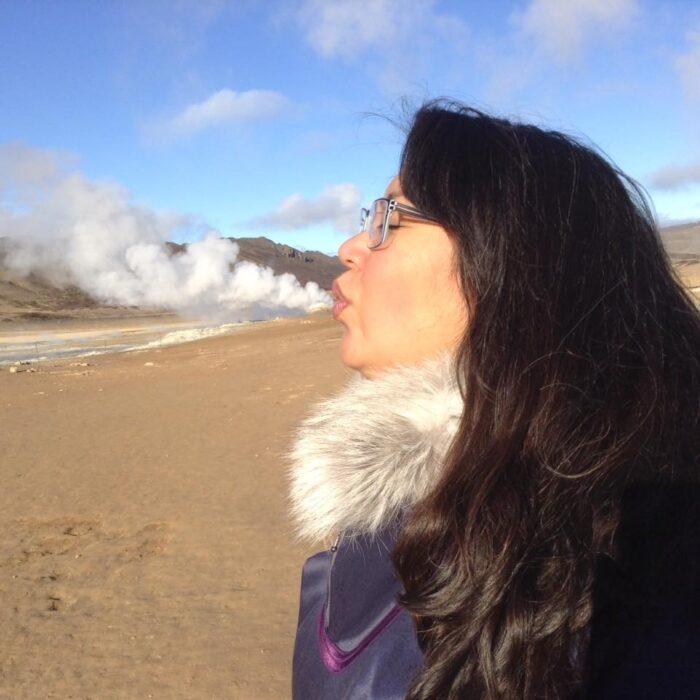 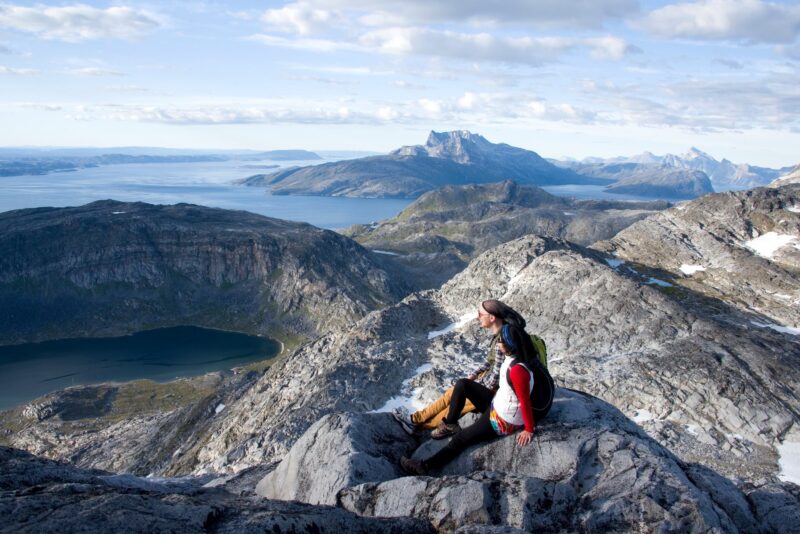 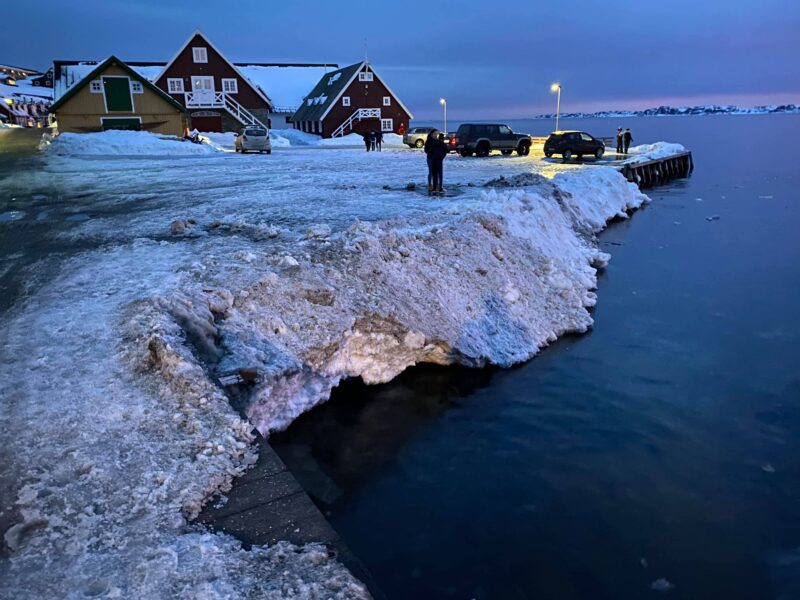 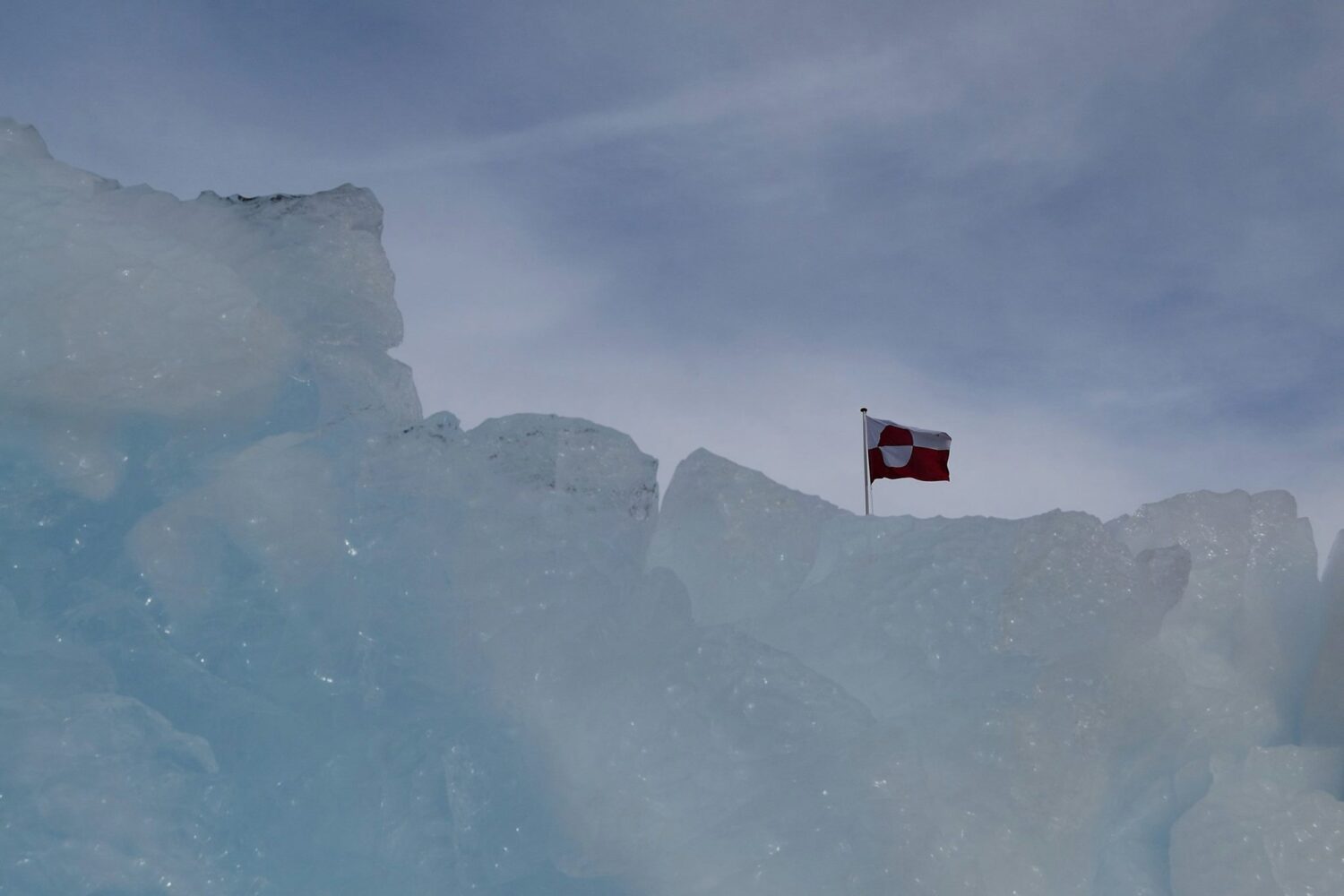 Greenland geographically belongs to North America, but politically it belongs to Denmark.

Languages: West Greenlandic is the official language and all school children learn in addition Danish and English.

Since 1979, Greenland has enjoyed a wide range of autonomy, ie it is completely independent in domestic politics. Denmark conducts its foreign policy. However, since 1985, Greenland has ceased to be a member of the European Union.

Ilulissat Ice Fjord is one of the world's most active calving glaciers, is a UNESCO World Natural Heritage List site.

The optimal timing of travel to Greenland depends very much on what you want to experience. Most people come to Greenland in the summer when it is warmest (average 8 degrees). In summer you can watch whales and experience the midnight sun. No snow, but plenty of opportunities for hiking in the mountains and along the fjord. In winter (down to minus 20 degrees), you can go on a dog-led ride and see the amazing northern lights. The days are short, and everything is covered in snow. The boat trips among the icebergs are possible all year round, as the sea rarely freezes. 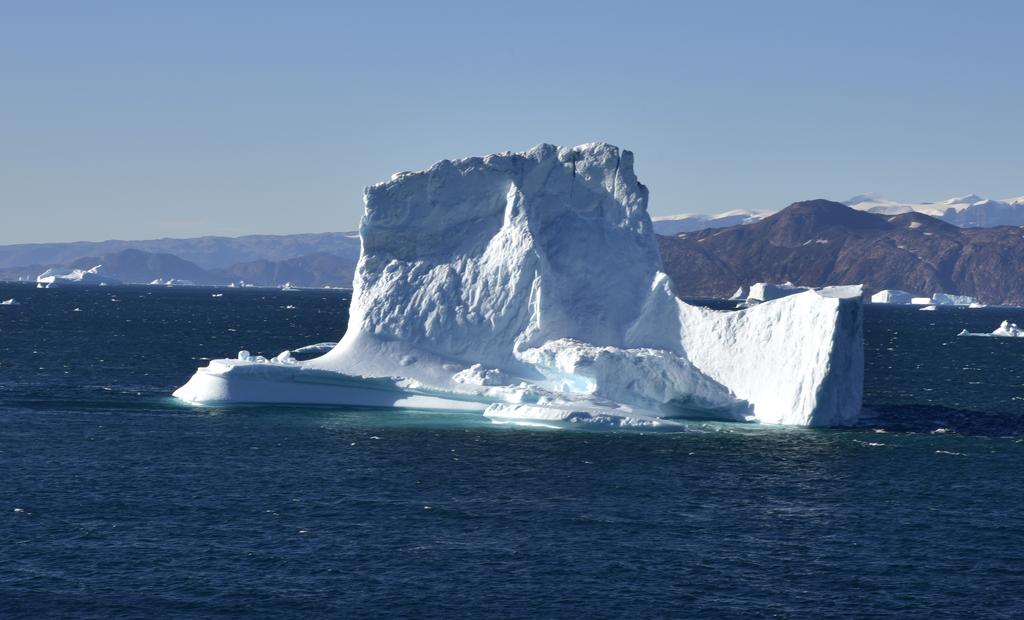 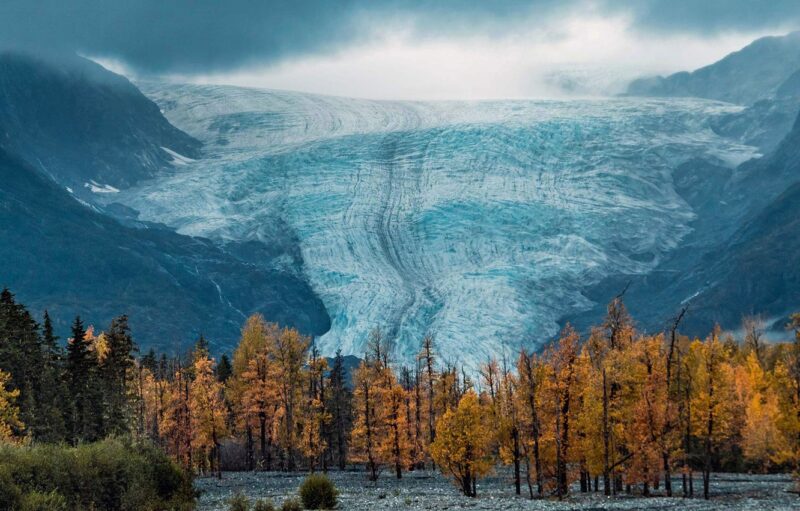 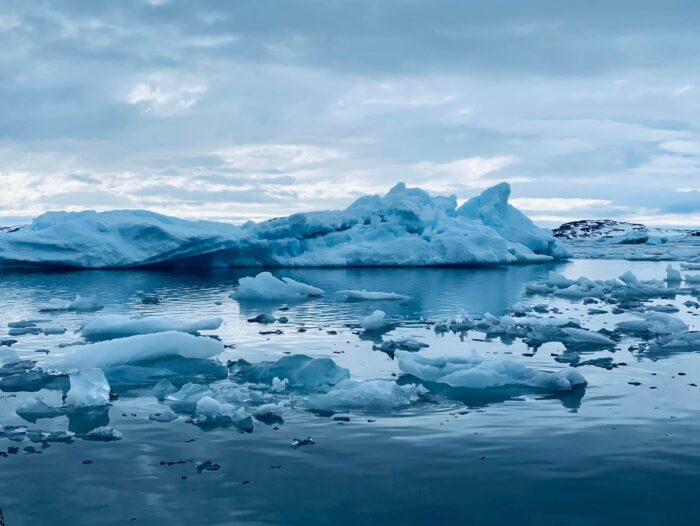 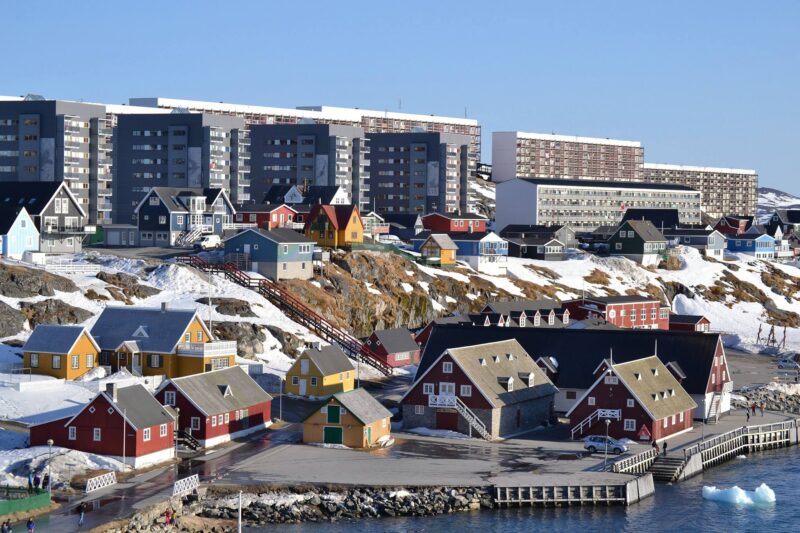 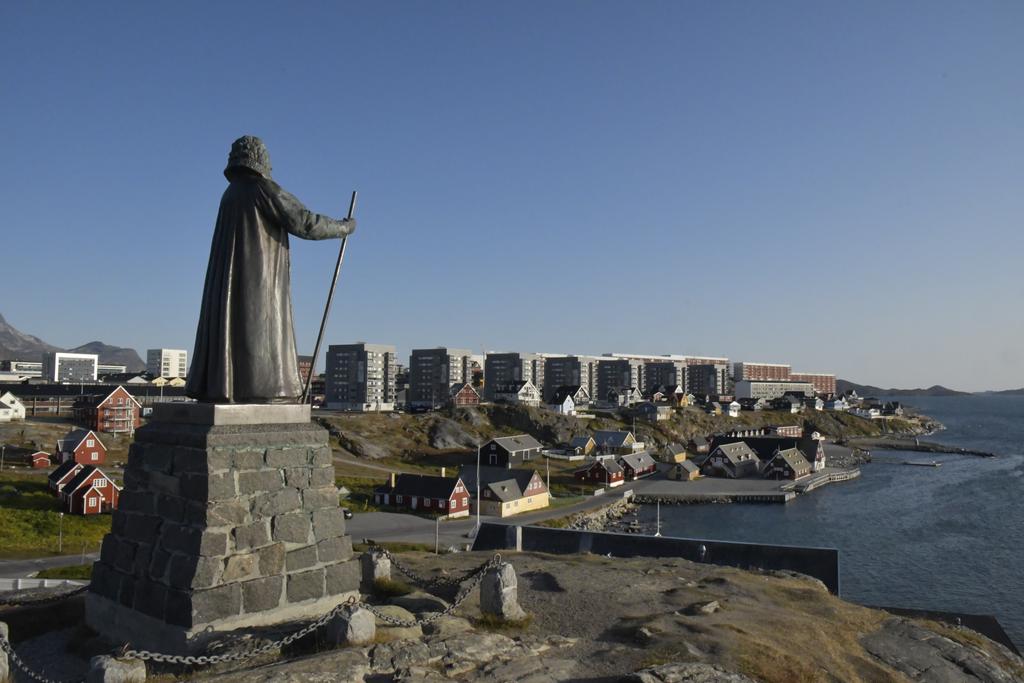 Inuits have 70 words for snow 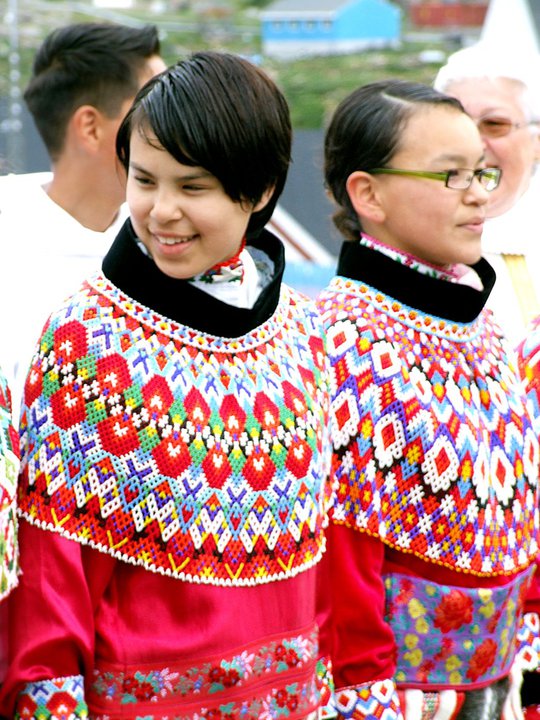 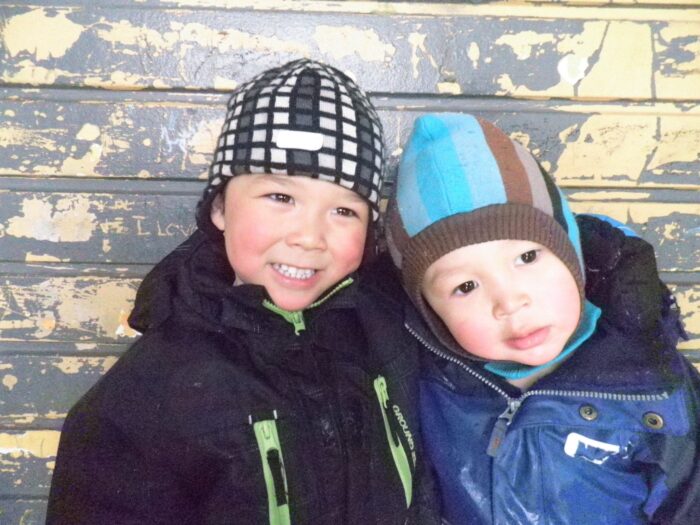 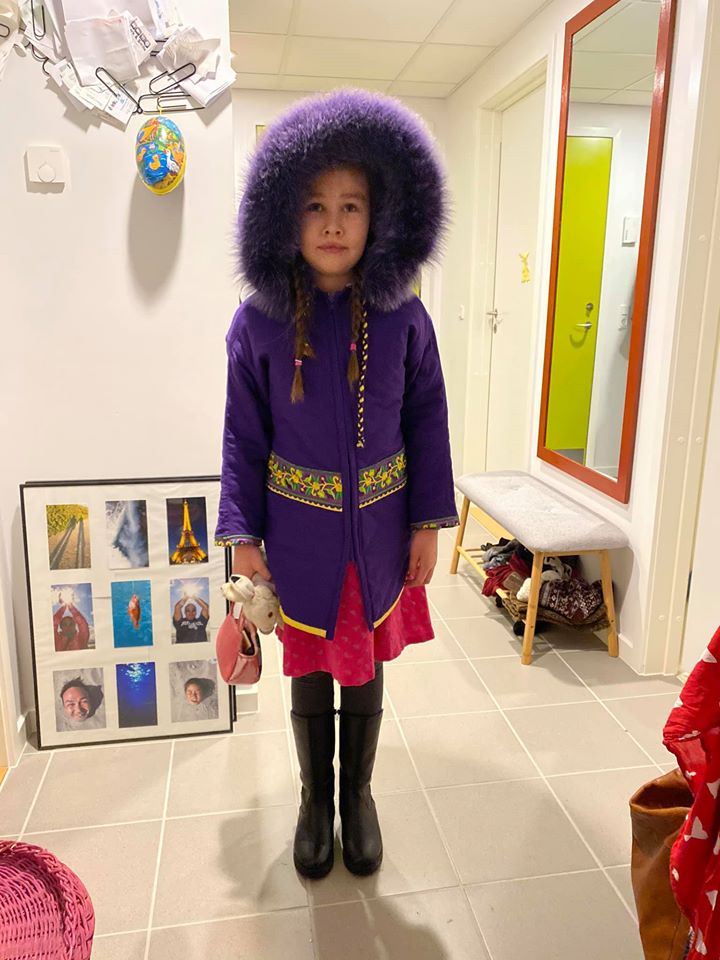 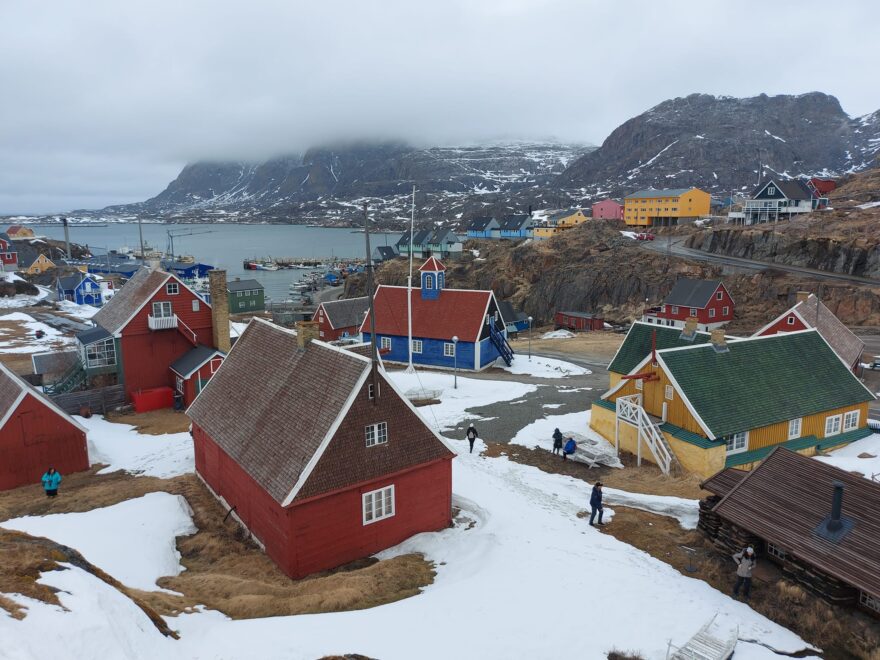