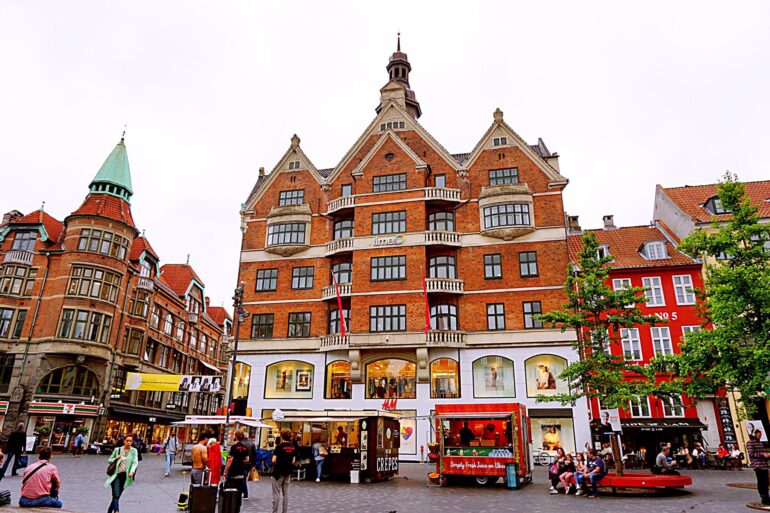 1. Very easy for tourists to get around and explore the city on foot
2. The Nyhavn (pronounced noo-hown) is a wonderfully balanced harmony of old and modern architecture
3. Young people in the city are very personable, especially when they’re not in a rush
4. Public safety is basically extremely good. Great nightlife and very clean
5. Public transport good and practical
6. Easy to communicate in English with everyone everywhere
7. The buildings are charming and typically Danish – a great theme for photographers
8. The bicycle culture (enviable)
9. Many beautiful Danish women
10. The Louisiana Museum of Modern Art

11. The visit of the parliamentary tower is for free, and the “Round Tower” costs five USD only

1. More expensive than the European average. By a lot.
2. Very often windy, to the point where it becomes a problem. The weather is very changeable (sudden showers) and the sky is often overcast
3. A lot of cheap tat among the souvenirs (like elsewhere)
4. I found the Tivoli dull
5. You do have to watch out for pickpockets at some of the more touristy parts of the Nyhavn, and there are a few shady neighborhoods
6. Service is not particularly friendly in many places
7. Christiana is not the authentic, hearty, down-to-earth place it used to be
8. So many bikes that bike parking has become an issue 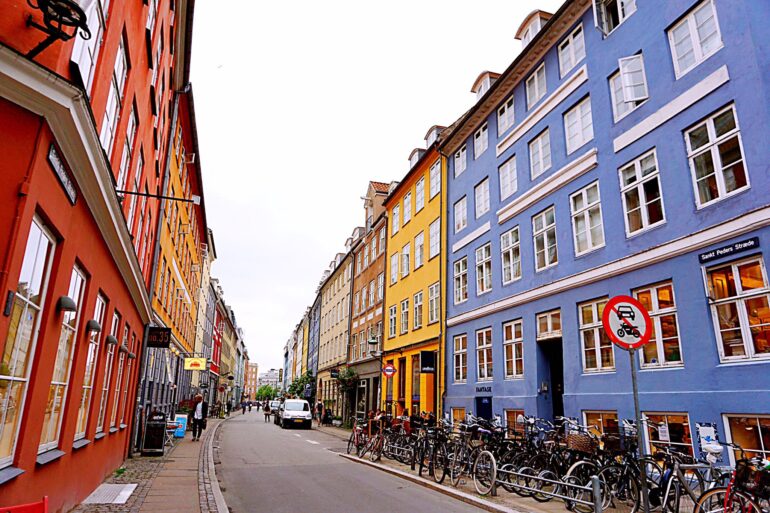 Copenhagen is one of my favorite European cities – I find it an exceptionally livable place. It has a real ‘small town’ vibe, balanced with a cultural life that would put many ‘world cities’ to shame. Our memories of the picturesque shops, galleries, and streets in the Nørrebro district are particularly pleasant. The Danes themselves are endlessly civilized, with a very open character: open a map on any busy thoroughfare in the city, and you can more or less guarantee that within five minutes someone will stop and ask if you need help with directions. On the other hand, they do sometimes give a more standoffish impression than the Mediterranean or even Central Europeans. The Christiana district was a pleasant surprise for me. Once you get away from the entrance area (which was, I admit, a bit kitsch and touristy) it turns into something which struck me as totally authentic: Groups of young Copenhagenites sitting around, chatting and enjoying themselves. You can even get a discreet peek into the lives of some ex-hippy communes. With regards to a trip, I’d say three or four days would be plenty to explore the city, and the most ideal time would be July or August.” (K. Andreas, 2016)

On buses, foreign tourists may notice that at least half of the passengers sit on aisle seats, while the window seat is empty. The message is clear for the boarding passengers: don't even think of seating beside me!

Do not enter a city bus from the middle door. You need to enter from the front door and show (or at least wave) your ticket or pass to the driver.

It is risky to go out biking on the streets of Copenhagen without knowing, feeling the informal traffic rules.  Even local bikers often suffer accidents in the urban jungle of the roads.

“There truly are an unbelievable number of bicycles. They’re stored in huge numbers in multi-story street bike parks, in the courtyards of bike service centers, by metro and train stations, by every wall and under every window, sometimes standing on its end, or tilted, or lying on the ground, or rusty and abandoned. Pulling one out of the pile is a science in and of itself, and Danes can get aggressive, tugging and kicking other bikes away so they can get at their own.

The speed they cycle at also has to be seen to be believed, and it can seem dangerous to be a pedestrian in the city, because bikes keep coming at you from all directions, and at speed. Woe to you if you inadvertently set foot in the bike lane. Still, on the whole it was a great feeling to be in such a bike-friendly city.” 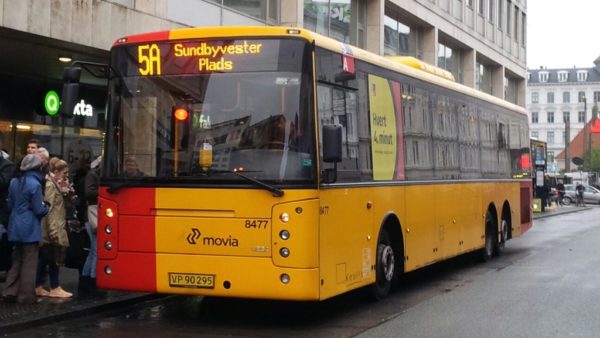 In Copenhagen restaurants, don’t expect waiters to serve you humbly. They are well paid (about 20 USD/hr), so they are not strongly motivated to get a tip. 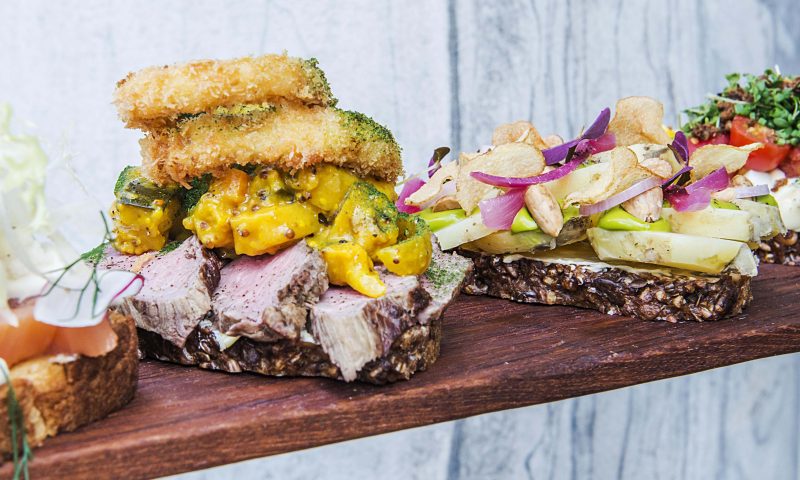 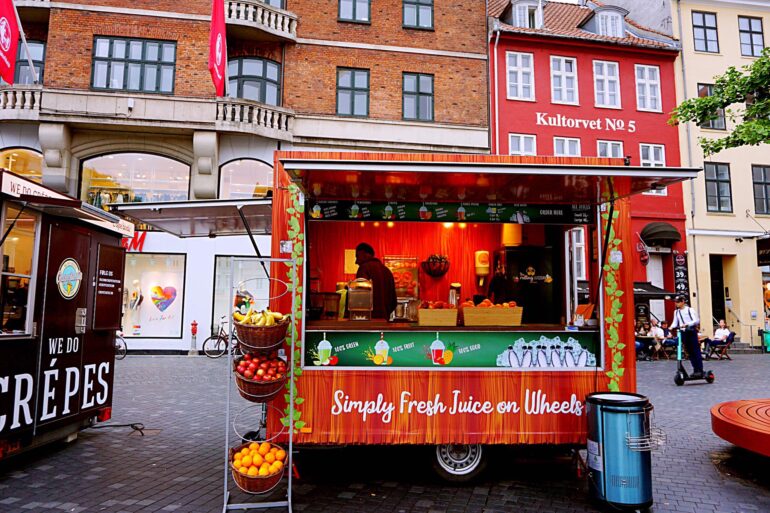 You can pay in euros in many places; however, we recommend having Danish krone with you because some cashiers may waste your time with slow exchange rate calculation. 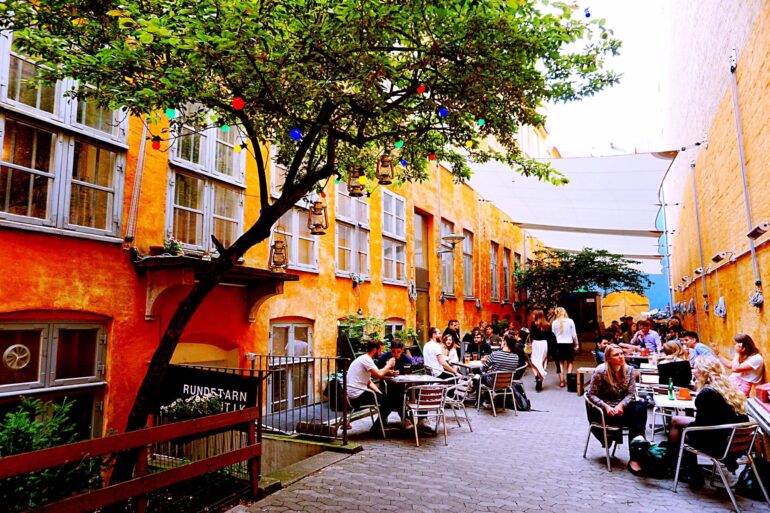 The police in Copenhagen are tolerant, yet professional. They rarely act harshly and yet mostly resolve conflicts. 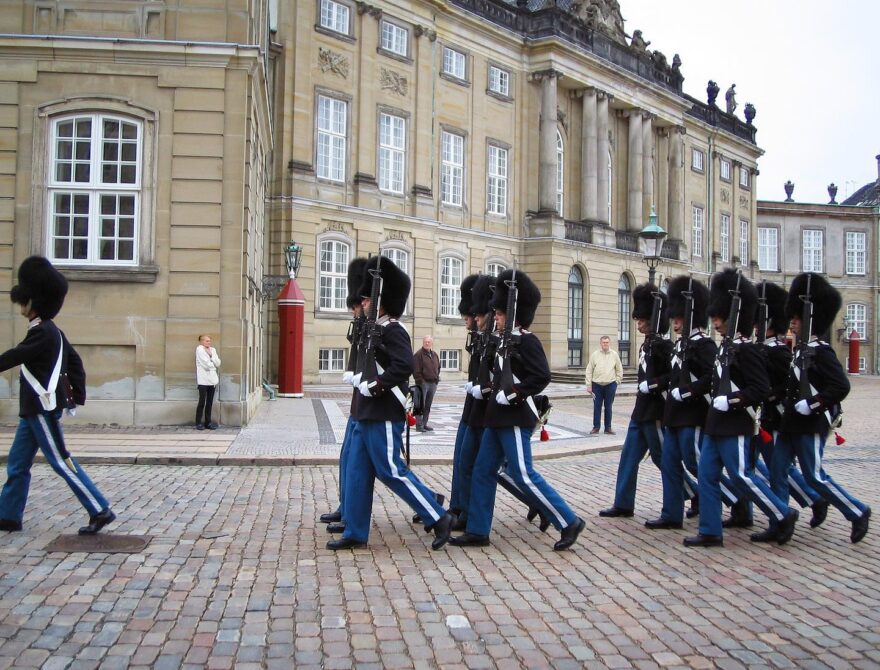 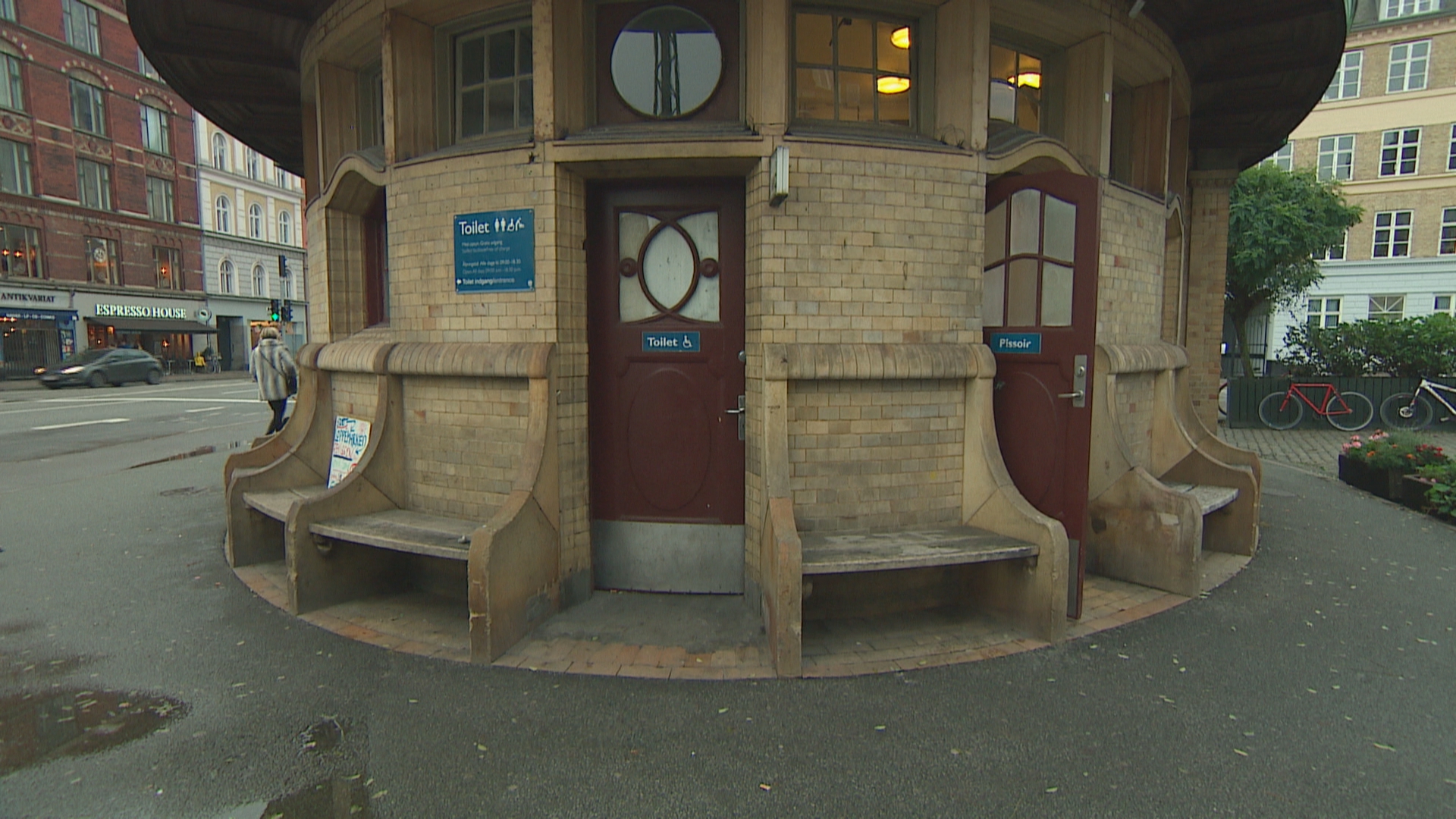 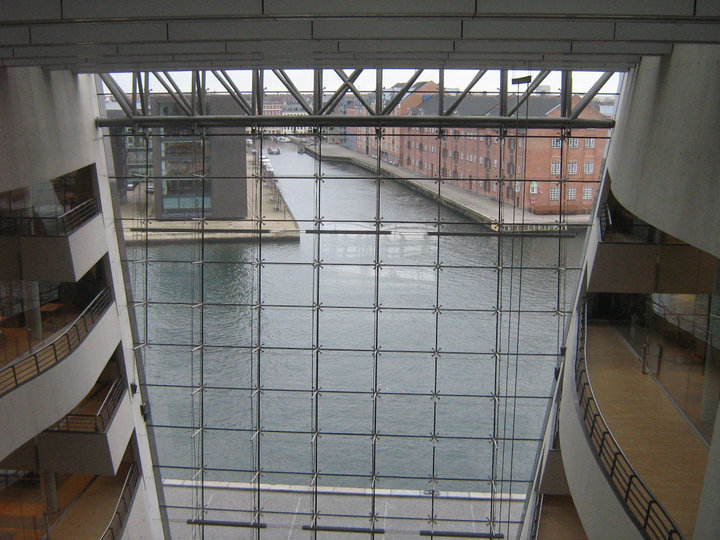 Copenhagen - view from the sixth floor of the National Library - j.k. photo

Copenhagen  (København in Danish) is the capital city of Denmark. The city is on the island of Seeland. Its area is larger than Stockholm.

Copenhagen is the 7th most expensive city in the world (2019), on a par with New York and Seoul, 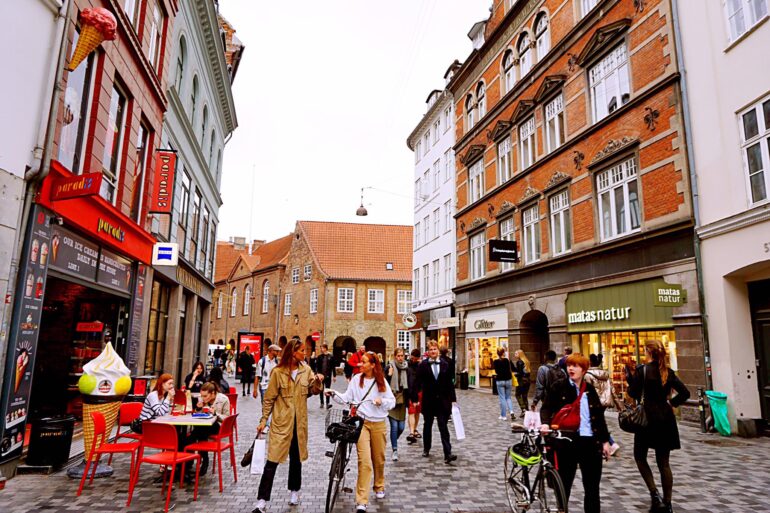 1. The locals hate if a foreign tourist speaks too loudly, though the same Danes do not speak softly in the evening if they happen to get drunk.

2. The locals are mostly loners, somewhat shy, so they don't take the initiative to help tourists. So if you need orientation assistance, ask anyone firmly.

3. The Danes don't like to nose into the behavior of strangers. A local very rarely show indignation if a tourist misbehaves a little. Let's not abuse that tolerance.

4. The locals do not expect the tourist to greet them if they don't know each other.  If you don't want to seem odd, don't behave over-familiar.

5. Never ever take pictures on Pusher Street in Christiania. Their locals do not like at all you taking pictures and will act very unkind and,,undanish".

The canal tour covers most of the tourist attractions you should see, so you don't have to spend too much time having long transit to each. The canal tour gets you by the Parliament, the Queen's Palace, the Opera House, the Stock Exchange, etc.  Tours are available in several languages.