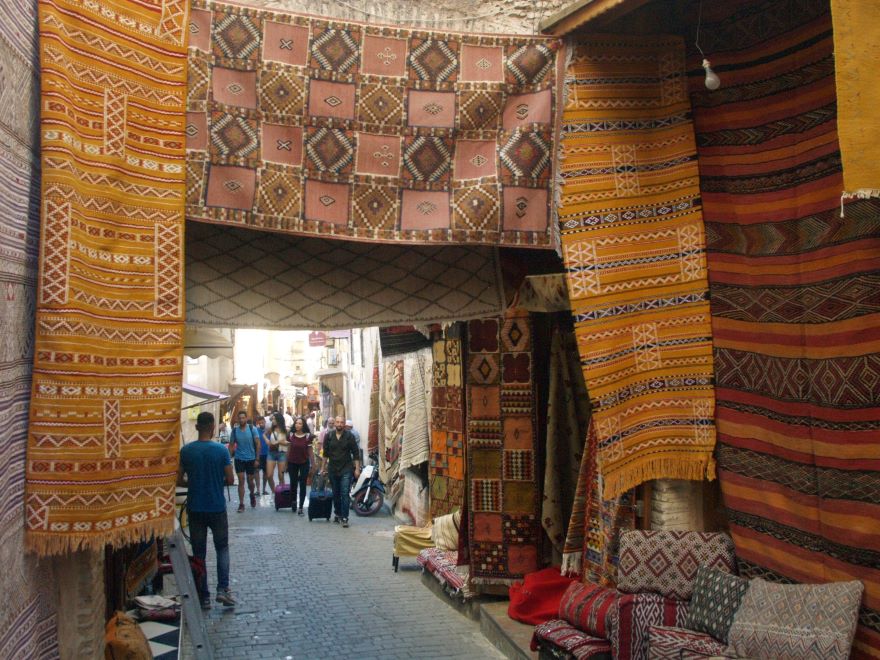 1. It didn’t bother us that we got lost in the maze of plenty of streets in the Medina.

2. Traders in the souks of Fez are a bit less aggressive than in Marrakesh (still irritating)

3. Overall Fez is not an unpleasant tourist destination, especially in comparison of the somewhat overrated Marrakesh

4. The panoramic view from the ramparts of the Mérénides tombs

6. The old tannery is just as it was in the Middle Age (believed to be the oldest leather tannery in the world)

7. The medina is car-free

8. Sunset from the rooftop of our hotel

9. The fresh orange juices every morning

1. Being wretched infidels, we could not visit the Kairaouine Mosque (Mosque of al-Qarawiyyin)

2. In the medina, it is tiring to get rid of the volunteer guides

3. The butcher counters look pretty distasteful (it is unlikely that there is any hygiene check)

4. We regretted not being able to see the royal palace from the inside

5. In the tanneries the smells are quite strong (take a bit of mint) 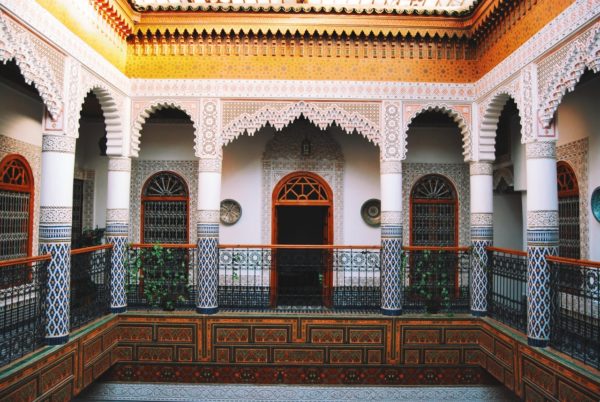 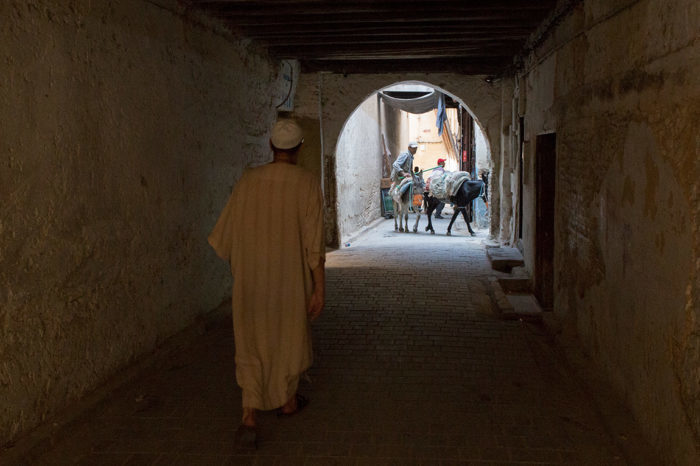 , FEZ... Of all the places we visited on our tour of Morocco, it was here that I felt that this is what I came here for! If you’re traveling to Morocco, don’t miss out on Fez!

We stayed in a 5-room guest house on the Blue Gate side of the huge medina, the Medina al Kadina. A totally surreal scene unfolded before our eyes when we knocked on the door, and it was opened by a kindly, smiling figure from centuries ago. I’ve been to plenty of hotels in my time, but this takes the biscuit – in terms of the place, the city, and even the country. And what fabulous hospitality! Unique on the whole trip.

Of course, that night, we headed out into the heart of the medina! I mean... wow. It has to be seen to be believed. Madness squared! When we arrived at the train station, a scam taxi driver tried to latch onto us and even tried to shake hands with the women in our group. Totally inappropriate behavior in Morocco, and he got nothing for his efforts.

The next morning the hotel organized a guide for us, which is ABSOLUTELY INDISPENSABLE if you want to see the medina by day. Of course, he tried to persuade us to pay for a few extra sights, but we’re experienced travelers, and it was fine. The cost of the tour was 400 dirhams (about 45 USD). If you want to see Fez, you definitely need someone who knows the city! He took us to a copper workshop, a tannery, a carpet weaver’s, etc. It was great! (b.v. 2017)


“Fez is interesting because it has the world’s largest medina or old town. There are several thousand streets or rather alleys, and no map shows them all, so it isn’t advised to go exploring after dark – you’ll never find your way back! It’s not so scary here as elsewhere – like Rio, for instance, where if the GPS leads you astray, you risk being attacked in a favela. Here it’s safe to get lost in the labyrinth: all you have to do is ask a local to lead you out – remember to give a tip! On the other hand, everything is closed at night, and there’s nobody to give directions.

During the day, practically half the city turns into a giant marketplace, where merchants pull their wares through the streets on big carts or the backs of donkeys and shouting ‘balak, balak, balak! (caution)’ At such times it’s advisable to duck out of the way because you’re liable to be hit by an oncoming donkey. It’s impossible to visit Fez and miss out on the tannery, even if the stink of it will likely turn your stomach. The bazaar districts all have different themes, so there’s a street of carpet weavers, other goldsmiths, or spice merchants, or leather goods shops.

It’s possible to hire a guide for the whole day – you can ask for a reliable guide at the hotel, and it costs about 300 dirhams (about 34 USD). If you want a tannery guide, you can get one for around 50 dirhams (about 6 USD). Elsewhere you don’t really need local knowledge to explore the city.

“Our local guide told us that we should not eat in the bazaar, because it’s dangerous. Instead, he took us to a restaurant run by a relative of his, where we were served fries and burger patties. It was nothing special, and we told him it seemed expensive to us. He immediately went back inside, and brought us half the price we had paid. They had been trying their luck. The next day, at the bazaar, I bought lamb meatballs cooked over hot embers, and the camel and mule herders clapped when they saw me eating their traditional food.” 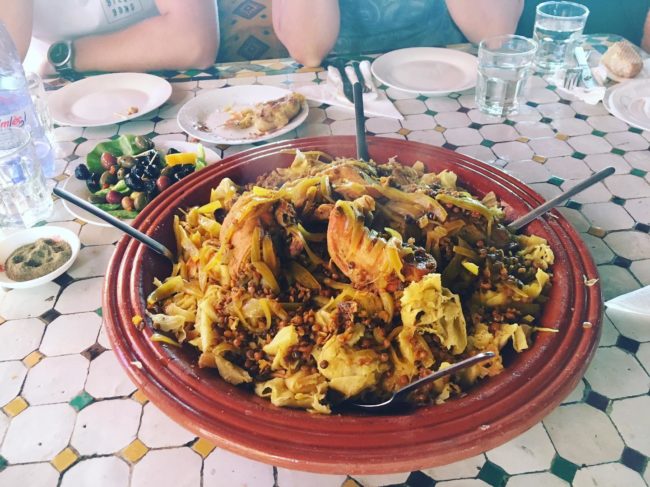 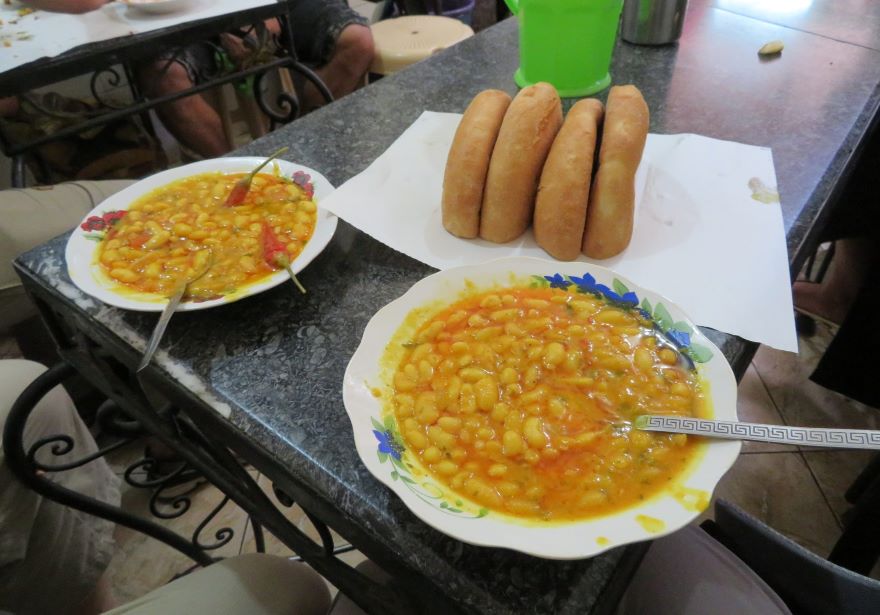 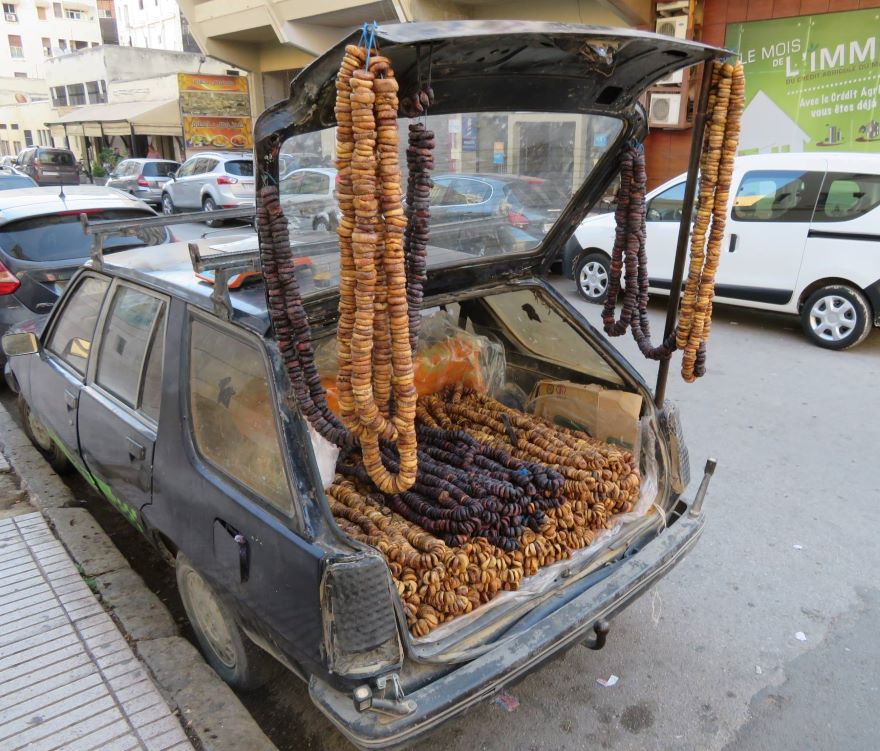 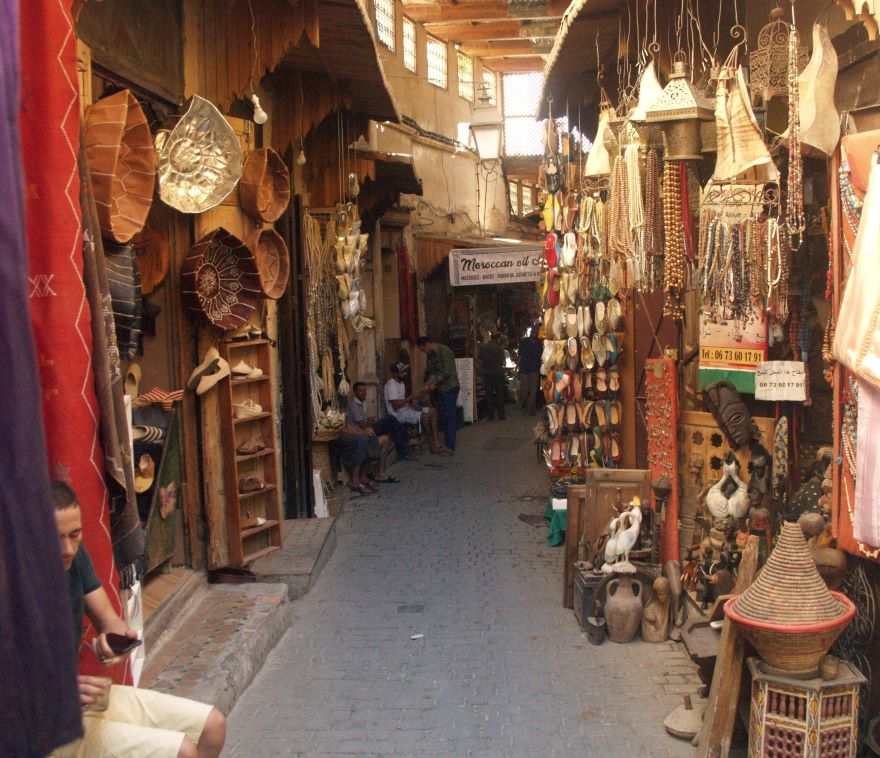 There are many bars and clubs in Fez.

,, Moroccan medinas, or old towns, are essentially mazes – labyrinths in which none of the streets have names, and every house looks exactly the same. This was where we had to find our accommodation. In Marrakesh we somehow managed by asking passers-by, but we reached Fez after dark. The taxi driver promised us he’d take us right to the door of our hotel, but in the end he just set us down somewhere in the middle of town. We had a kind of GPS, but it was very basic, and we were totally unable to find our hotel. Two young guys appeared. They had hard, lean faces, and didn’t seem the type that would be easily chased off. We’d been on the train all day, we were tired, and we didn’t want any trouble. We asked them to leave, but they came after us. When we finally made it to our hotel, they demanded €2 for bringing us there (they’d followed us all the way). We said no and rang the doorbell. The proprietress opened the door but didn’t say a word as these two guys yelled at us and said that if they saw us again it wouldn’t end well for us. Described this way, it wasn’t so dangerous, and I might deal with it differently now, but at the time it was pretty scary.” (Lili, 2018) 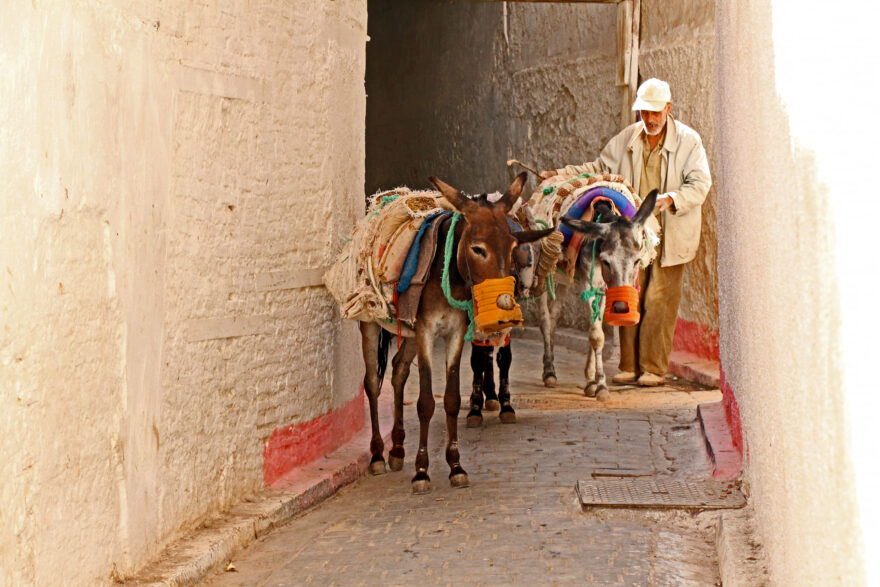 Fez - or Fes - is a city in Morocco. The city is located in the north of Morocco, though not along the coast.

The medina of Fez is a UNESCO World Heritage Site. 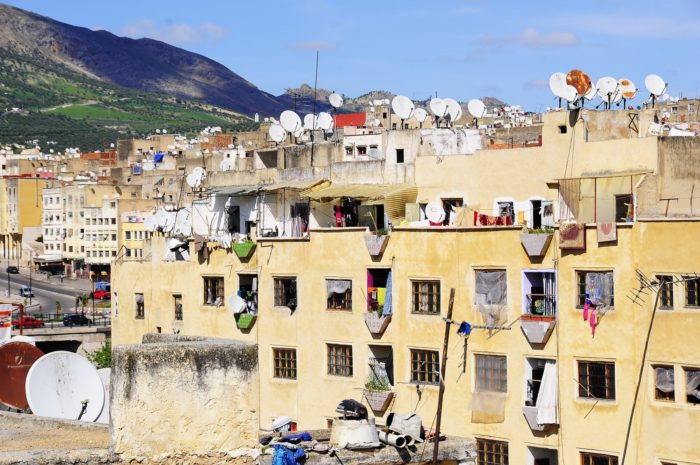 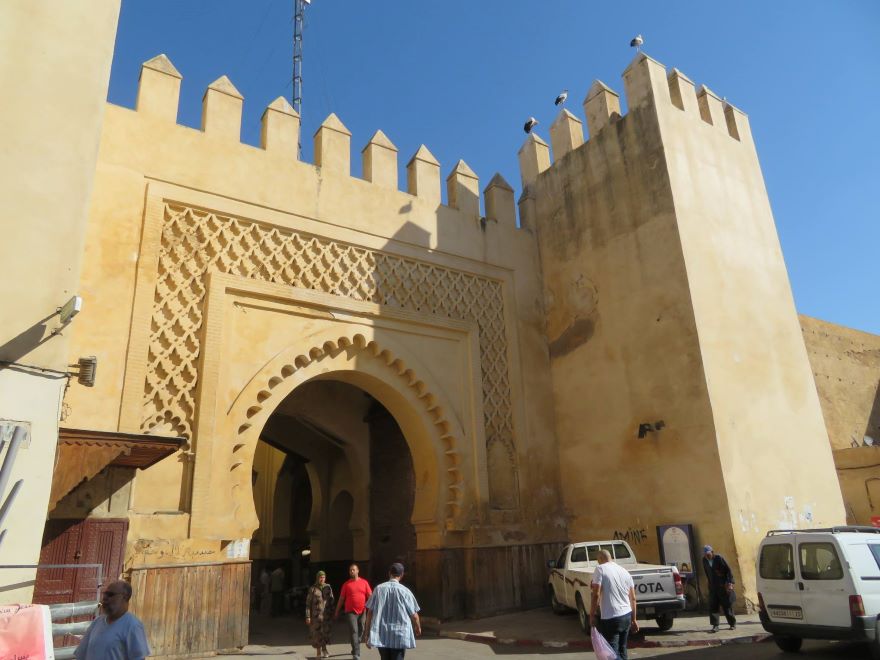 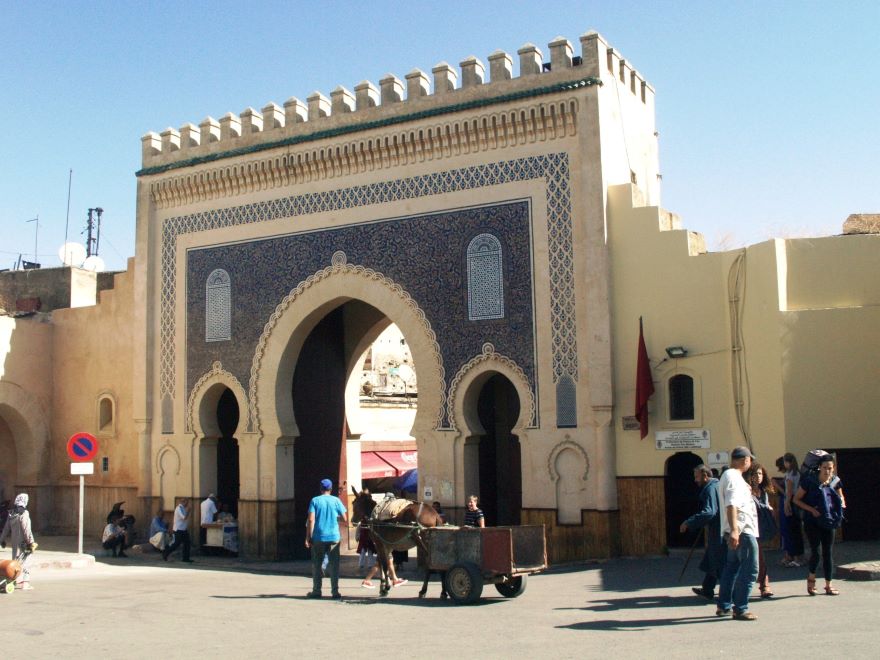 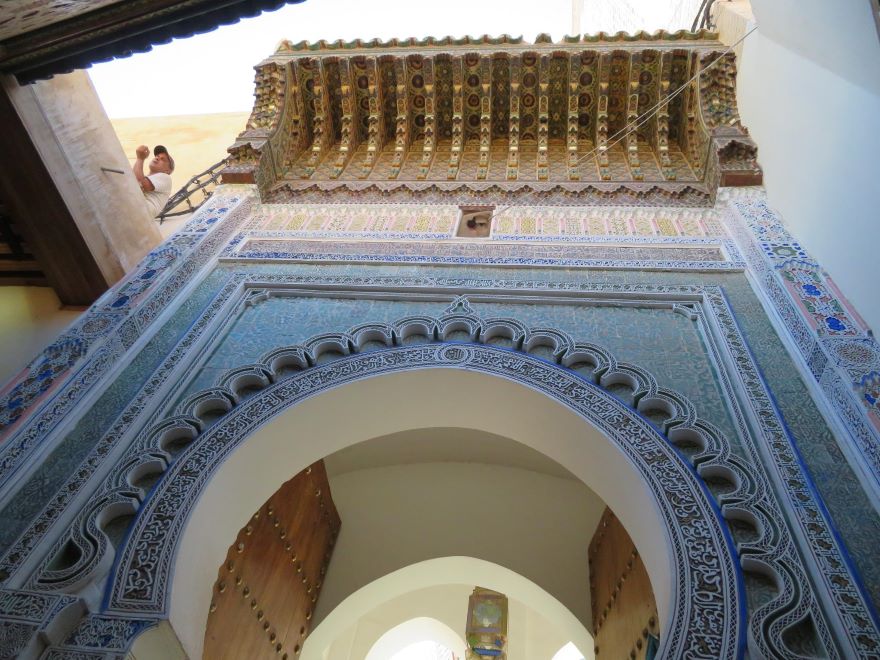 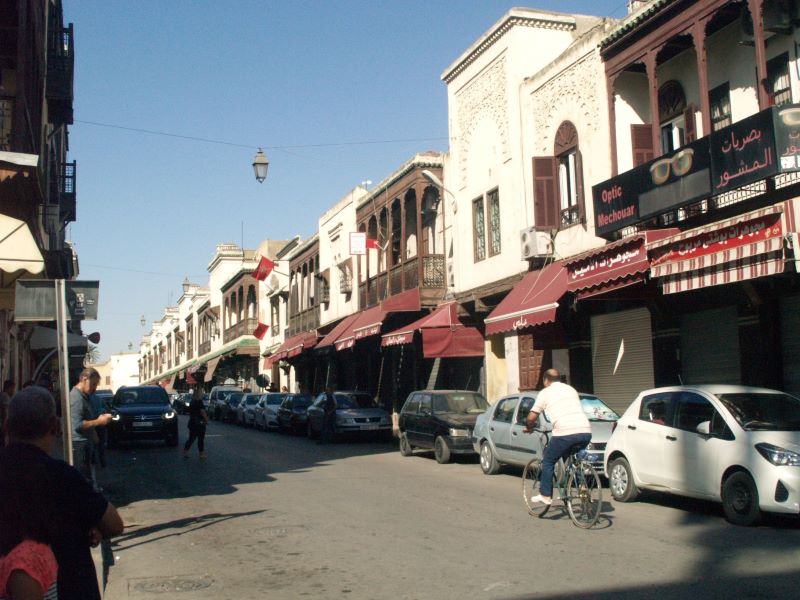