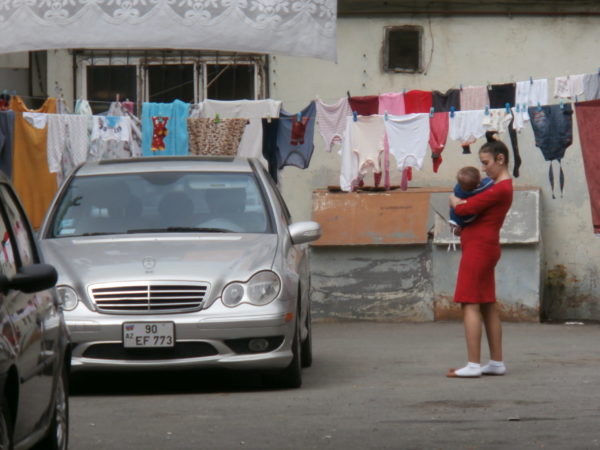 1.    A safe, cordial atmosphere: the country is not yet overrun by
tourists and is clean and well-organized
2.    Funny to see vodka-drinking Muslims – not much religious fundamentalism here, but still it isn’t overrun with mass-produced western culture
3.    Distinctive, unique landscapes
4.    Not expensive, and the local fruit is delicious
5.    A stroll on the promenade in Baku, among the well-dressed, stylish young people
6.    Baku has grown through wealth derived from the oil income – a
great many skyscrapers
7.    The lovely, small old town surrounded by more modern neighborhoods.
8.    The Khan’s Palace in Sheki
9.    The vastness of the Caspian Sea
10.    The majestic mountain ranges of the Caucasus
11.    The high-tech architecture of Baku International Airport

1.    Azerbaijan is not yet ready for a larger influx of tourists
2.    Plenty of remnants from the grey, sad, frustrated Soviet era
3.    Too hot in the summertime
4.    The air in Baku is very polluted due to heavy industry and the large number of
cars
5.    Most tourist souvenirs are not made in the country
6.    Many country roads are in bad condition
7.    The tragic numbers of refugees from the Karabakh war
8.    Mad drivers and motorcyclists in Baku, who have absolutely no respect for pedestrians
9.    Few (and adventurous) public toilet options outside the big cities
10.    Azerbaijan is not a sensational tourist destination – we were satisfied to see it, but that’s all

“Baku is a real culture shock if you don't limit yourself to the downtown boutiques. The light-filled high-rises and desolate, barren, ruined streets often stand side by side.
We rented the lower floor of a 100-square-meter house, with two large rooms, a fully equipped kitchen, washing machine, bathroom, etc., for 25 euros per day. It was 9 km from the airport.
Prices in shops are comparable to those in Central Europe, and in many respects far cheaper. So for example 2 liters of cola costs about a manat, equivalent to around €0.60.
Diesel is €0.50 a liter, petrol €0.60...
Azerbaijan possesses some true wonders of nature, including the world's largest mud volcanoes, and you can see herds of gazelle grazing in the semi-desert steppe between the two ranges of the Caucasus, after paying the €1.10 entrance fee to the national park.

Traffic is a sensitive issue, and operates entirely on the basis of confidence, as you will experience: there are a thousand things you need a license for back home, but it’s completely natural to do without one there. Drivers won’t deliberately crowd you, it's just that there was an inch of space in front of you :) On a two-lane roundabout, it’s normal to see four cars squeezed side by side, and it’s normal for the one the furthest inside to head for the turn-off by just stepping on the gas. You just have to get used to it, and with good reflexes, you might even enjoy it:)

When you drop off the rental car, a list of photos where you exceeded the speed limit awaits you... fortunately, the fine is cheap like everything else.
What is very important: EVERYWHERE you go you should bring a small bag with toilet paper, disinfectant, wipes, etc., because even in the downtown museum you will be faced with the fact that there is not even a paper towel or soap next to the hole, only a little handheld douche that I will leave to your imagination...
It's a wonderful country, the people are friendly, and the malls in the city center feel just like those at home. Even in small desert villages, there are at least 2-3 shops where you can get almost everything you might need on a trip.” (2022) 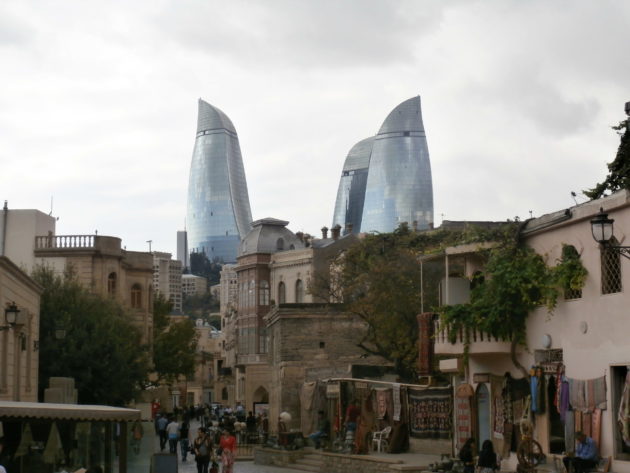 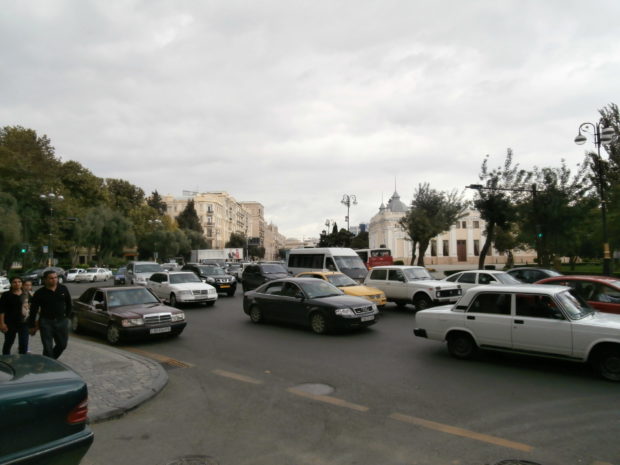 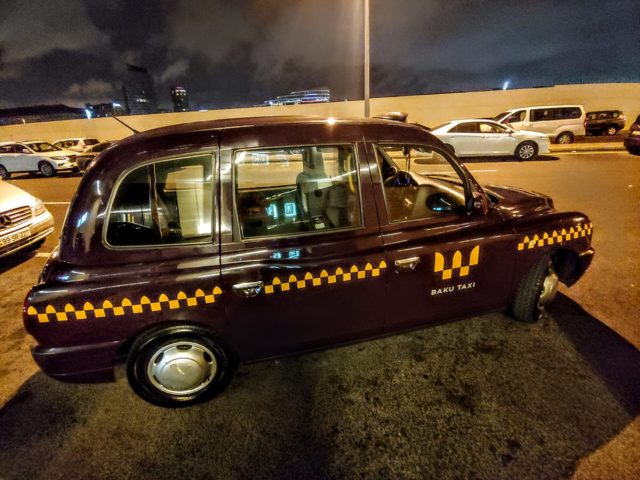 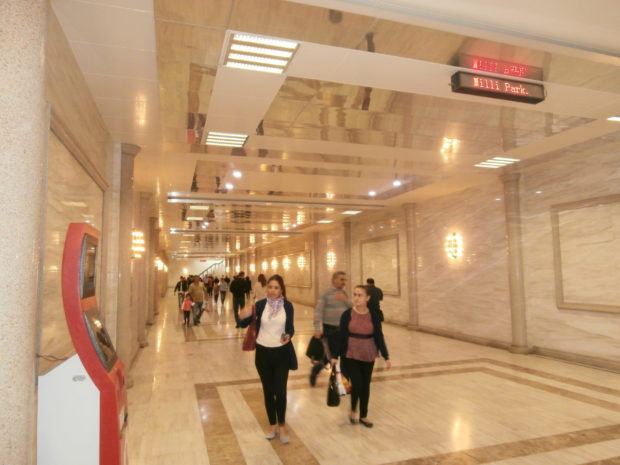 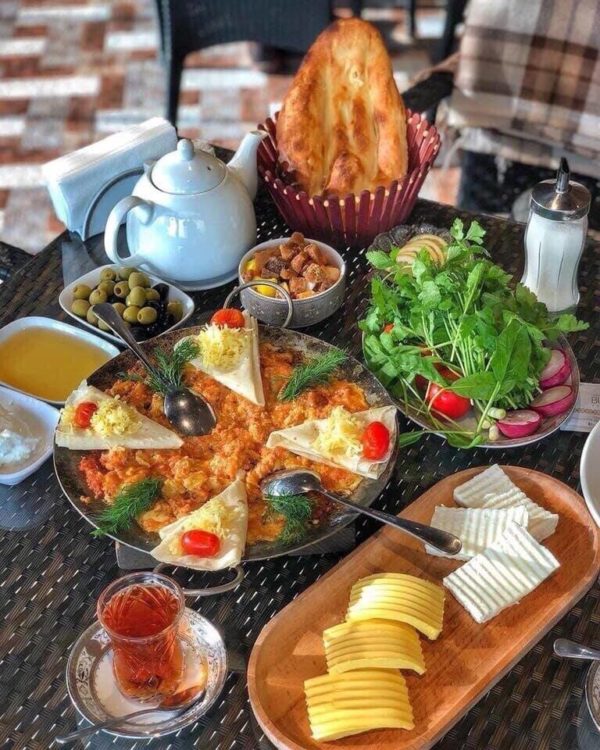 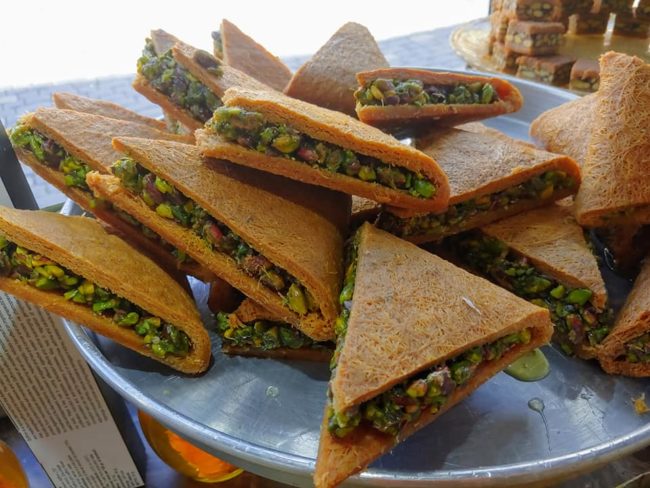 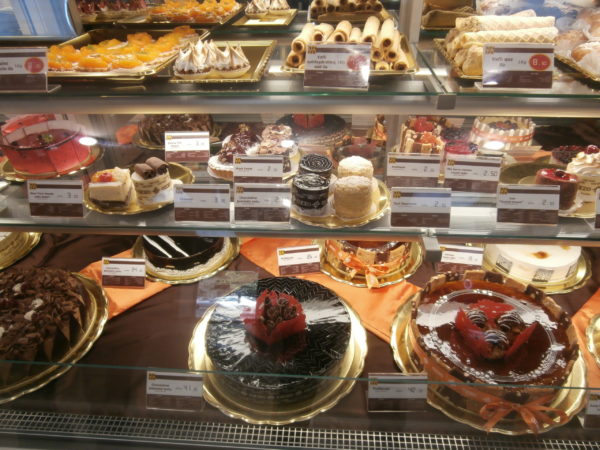 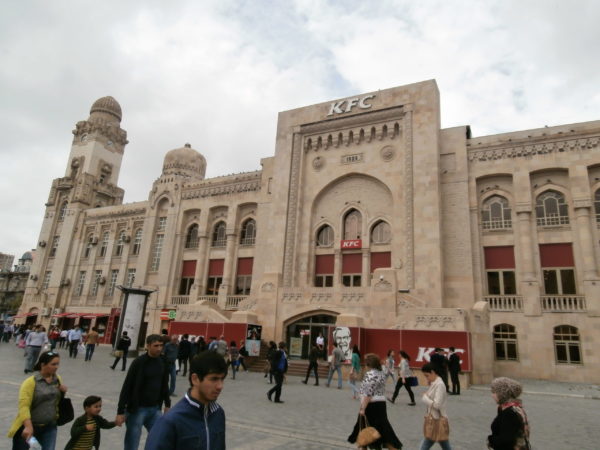 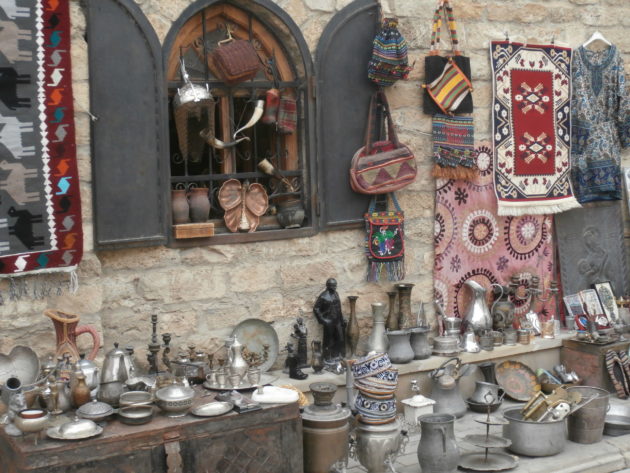 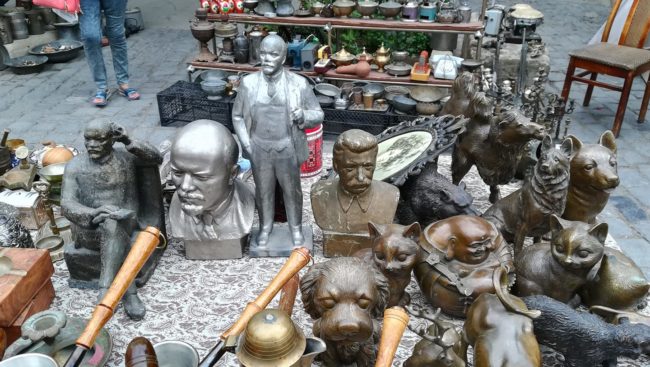 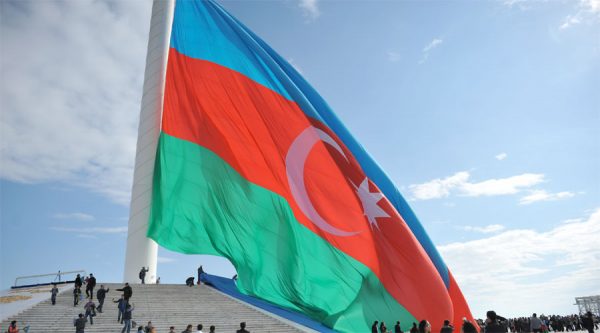 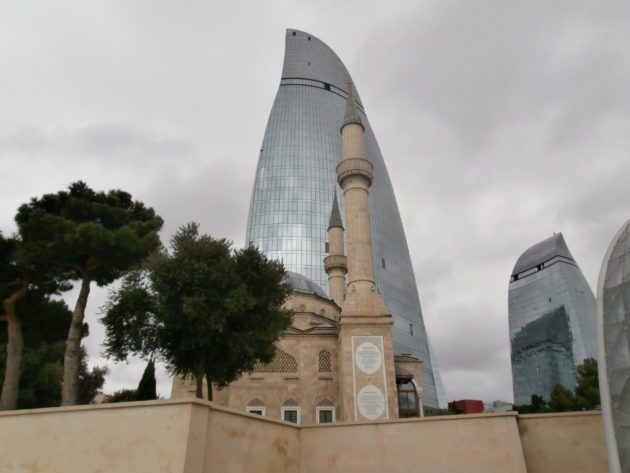 Azerbaijan is a country located at the south-eastern end of Europe, in the Southern Caucasus area. It practically straddles the border between Europe and Asia.

97% of the population is Muslim, but religious life is far less active than in Arabic countries or in neighboring Iran.

Official language: Azeri (or Azerbaijani), which is very similar to Turkish. Azeris use the Latin-script alphabet for writing.

Many Azeris speak Russian as Azerbaijan was part of the Soviet Union until 1990.

Owing to its vast oil wealth, Azerbaijan is a rapidly developing country.

Public safety is reassuring for tourists. Female tourists traveling without a male companion may sometimes experience some minor annoyances. No significant health hazards.

The tourist infrastructure is well developed in hypermodern Baku, but not so much in the countryside.

“Azerbaijan is similar to Turkey insofar as the Muslim religion is not really visible in everyday life. People are dressed and behave like it is usual in Europe (especially in Baku). Young people follow Western and Russian fashion trends. Those tourists who expect to see exotic street scenes will be disappointed. I felt that Azerbaijan somehow lacks a characteristic identity. The vestiges of the Soviet past are there (for ex. ugly housing estates), as well as a Dubai-like super modern world in Baku. I would recommend a visit rather for experienced individual travelers who are used to handling inconveniences (in the countryside). Otherwise, group travel may minimize the problems of imperfect tourist infrastructure and communication difficulties.” (j.k, 2018) 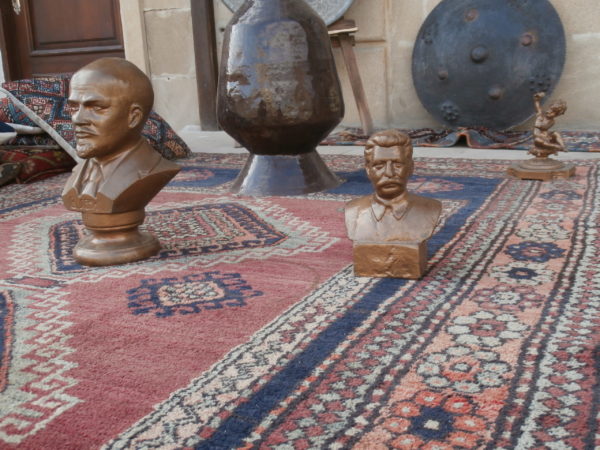 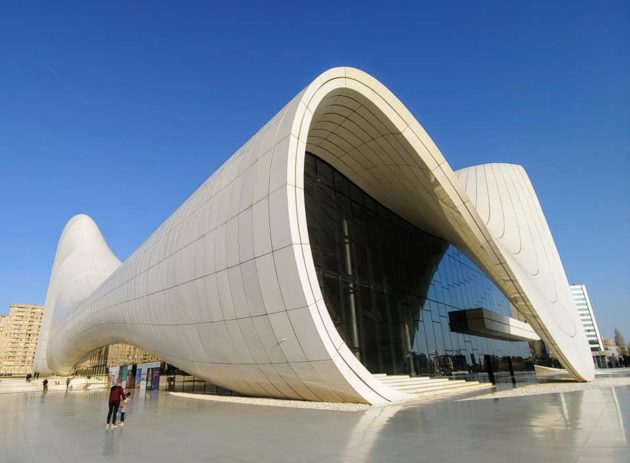 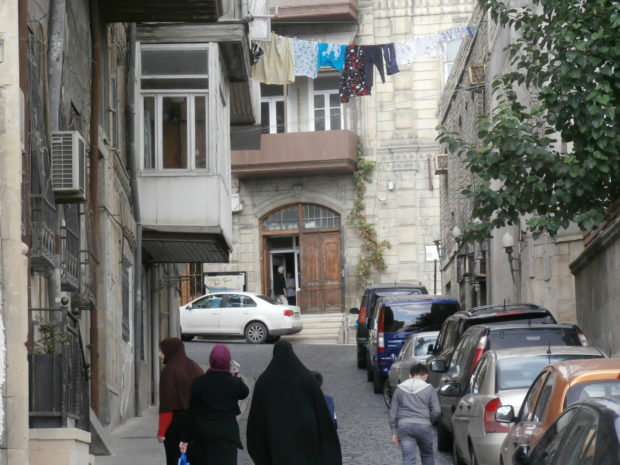 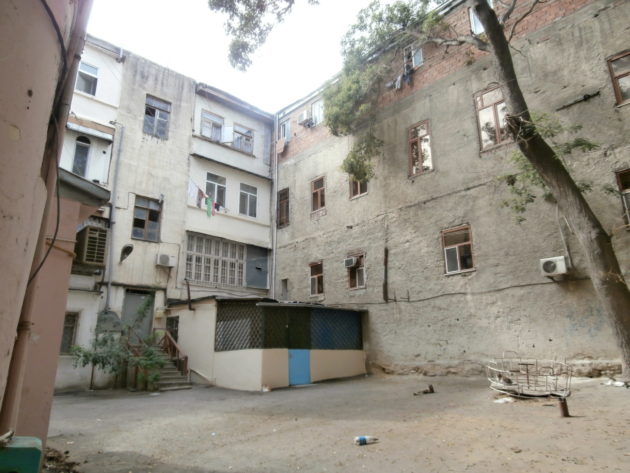 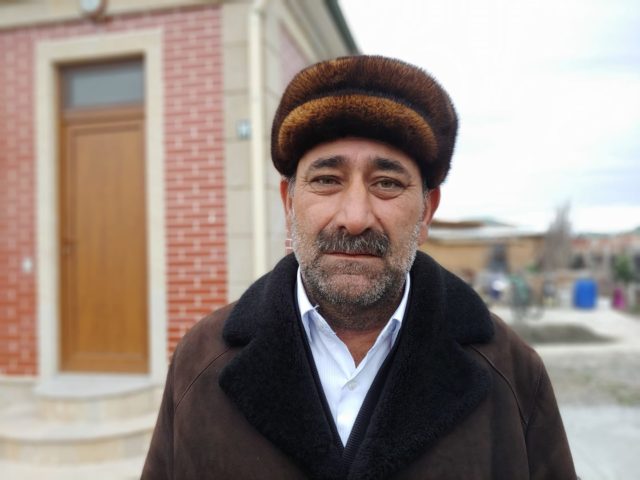 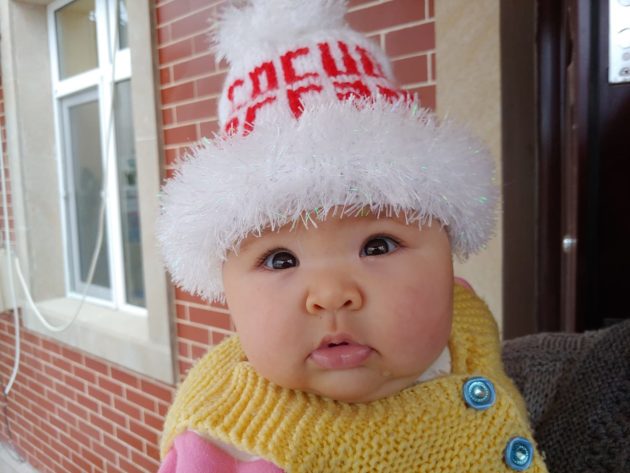 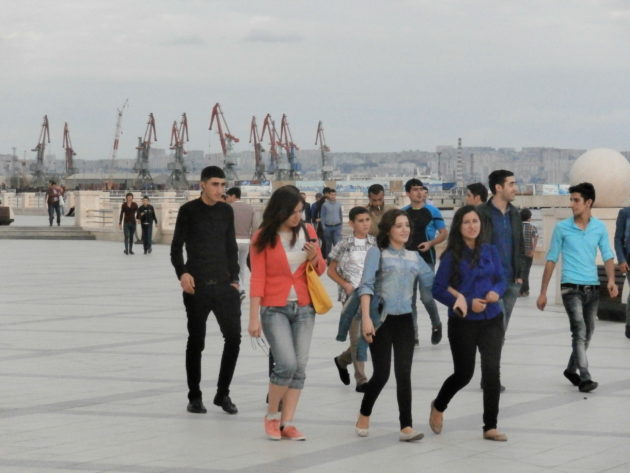 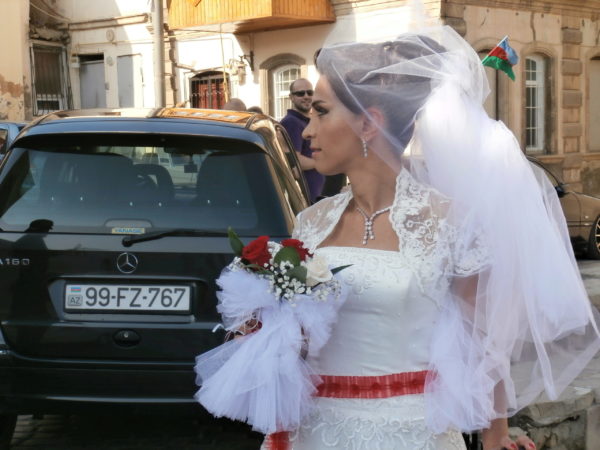 “Baku is mistakenly referred to as the ‘Dubai of the Caspian’. I don't think this name is entirely apt. While in Dubai you can find almost exclusively modern things in a sterile, artificial environment, in Baku, you will find both the historic and the contemporary, the classic and the modern.

In Baku, you will find centuries worth of Islamic architecture, classicist monuments built in the tsarist era, and modern, glass buildings, all jumbled up. The modern glass towers are also tastefully arranged, so it doesn’t feel like a postmodern parade of kitsch, as is the case in Dubai. The city is extremely clean and full of extremely well-laid-out and maintained parks.

You can easily apply for a visa online. The local people are kind and hospitable, and you can communicate with almost anyone in either English or Russian. Due to the proximity of the Caspian Sea, the weather is also pleasant in winter. The last time I was there was in 2019, and since then the prices have risen quite steeply, but even so, tourists do not find themselves facing Western or Dubai-style prices.” (k.a., 2022)

“I visited Nizami's hometown, Ganja. The most populous settlement in the western part of Azerbaijan, it is a city of 17th-century mosques and caravanserais. It is true that only one gate has survived the seventeen-kilometer-long old city wall, but based on the main square, the wealth of this city when it was a node in vast trade networks can be imagined.
Ganja also possesses one of the most beautiful old concert halls and opera houses in the country.
It is easy to find your way around the city. All roads lead to the railway station. Haydar Aliyev and Atatürk avenues run parallel to it. Almost all attractions can be found on or close to these main routes.
Ganja reminds me of Gyumri in Armenia and Kars in Turkey... as if 19th-century Russian architecture is being reborn in the streets..." (Ata, 2022)