Because of the ongoing war and terror threat, the tourist visit of Yemen should be out of the question. Moving around within the country, trying to come to the otherwise fantastic attractions is dangerous.

Let us be optimistic, so we give here a  list of some remarkable, word-class tourist attractions that we are going to visit in the well-desired future:

Yemen is still a country in the middle of a civil war. I spent the last two years in Sana’a, as part of a UN posting. Sana’a is a totally run-down city, which hasn’t had electricity for four years now, and the streets are filled with beggars, stray dogs, and an unbelievable amount of trash. At present, only the UN run an air service to Sana’a, and it’s off-limits to tourists. Moreover, even if the airport reopened, I wouldn’t advise travelling to Yemen. People here are struggling to survive, and for that reason crime is widespread. Still, kidnapping is rather improbable in the capital.
A few months ago the Saudis halted their bombing campaign, and the Houthis drove out Al-Qaida. From every perspective, Aden is in a worse state than Sana’a. Street battles are a daily occurrence there, and because of the presence of terrorist groups, kidnapping is a real possibility. The war has had less impact on the beautiful island of Sokotra, but it’s virtually impossible for tourists to get there safely. There are a few daredevil travelers who chose to visit Yemen, but don’t be one of them! (r.z., 2020)

“Through the internet, I made contact with Ibrahim, one of my dear Yemeni friends, a few years ago. We were both delighted, as I had been to Yemen three times, and he had always been the local road marshal who, in a country rife with tribal fighting and hostage-taking, had the excellent organizational skills and connections necessary to help us traverse this rather chaotic desert state. There were also two armed security officers cocooned in the back of the SUV, and on average every twenty miles there were military checkpoints, but we passed through them with unbroken enthusiasm. The soldiers constantly sought the stamped permits of the competent ministry. Of these, there were so many that the booklet was approximately two centimeters thick.

For anyone who read the Thousand and One Nights as a child, this is the country that most perfectly recalls its oriental, exotic atmosphere. I dare say Yemen is one of the most interesting, most original, and most exciting countries on Earth! It is as if time had stopped at the southwestern tip of the Arabian Peninsula a few hundred years ago!

The atmosphere of the settlements, the Islamic monuments, the bustling markets, the ten- to fifteen-story skyscrapers built of clay, the custom of chewing, the old town of Sana’a, the parched river valleys of Hadramaut, the shrine palace of the Imam Jahja, the huge sand dunes, the volcanic landscapes, Marib and Shibam – it is all so unique I cannot think of anywhere comparable.

It is infinitely sad that because this beautiful and unique country now has such a dangerous political atmosphere – civil war, foreign attacks, al-Qaeda, and so on – it has been completely removed from the global tourist map.
During our conversation, Ibrahim complained that a rocket had crashed into the roof of their house the day before. “Forget coming again, this is going to take a long time,” he said. And he was right, because, since then, the situation has only gotten worse.” (K. Elter, 2017) 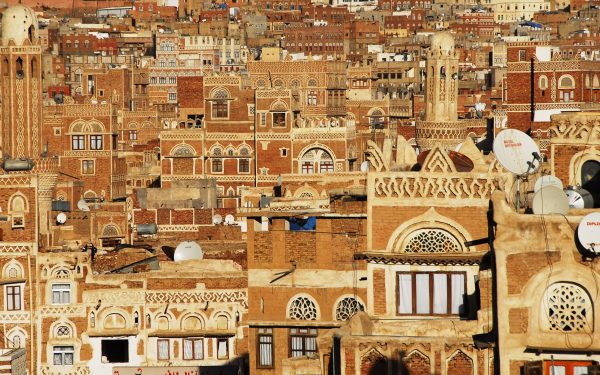 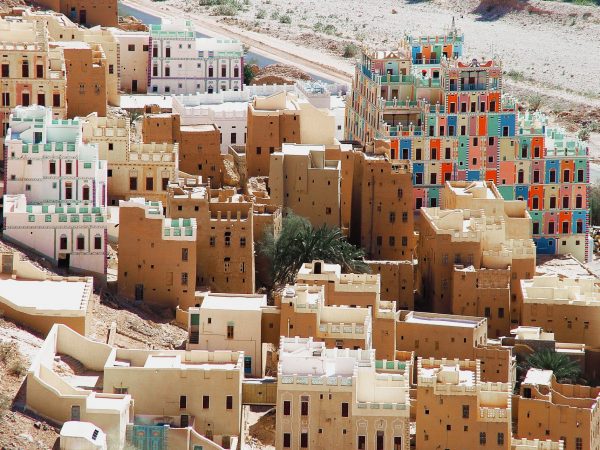 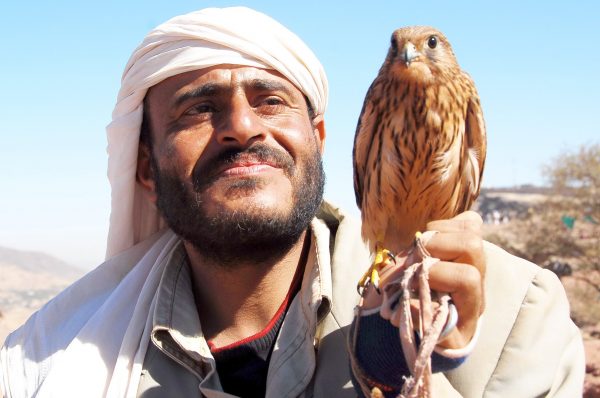 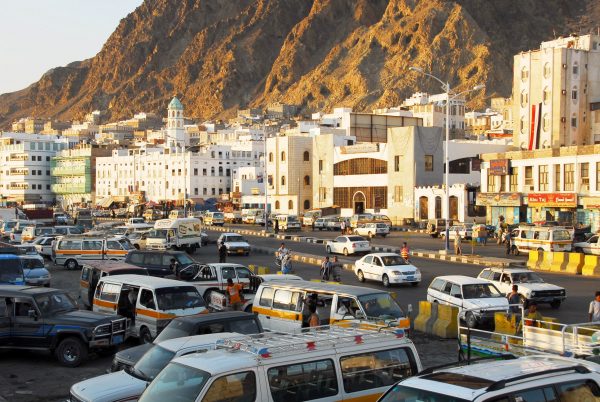 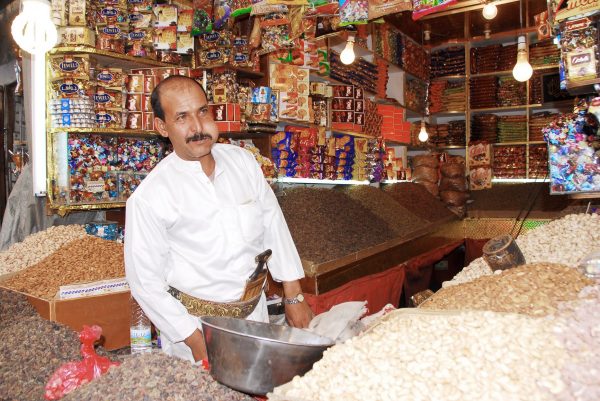 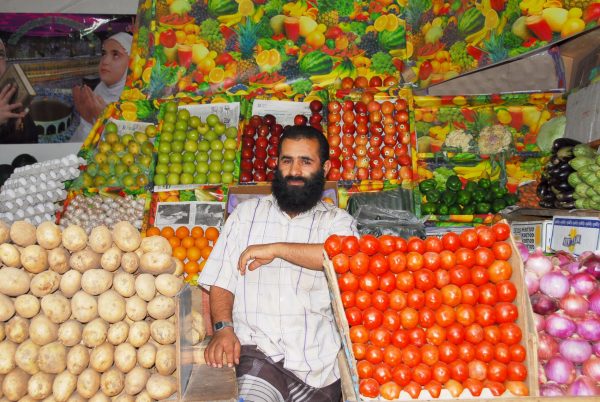 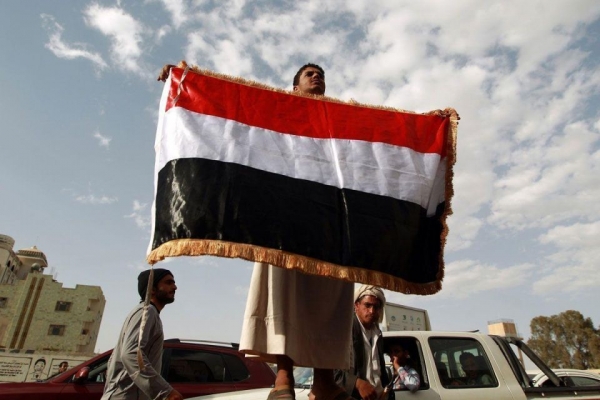 Yemen is a Southwest Asian, Arabic country lying at the southwestern tip of the Arabian Peninsula. Neighbors: Saudi Arabia (north) and Oman (east). Yemen has coastlines on the Red Sea (west) and on the Gulf of Aden (south).

Language: Arabic – Yemenis speak a very old dialect of Arabic, with many standard features not found across most of the Arabic-speaking world.

Yemen is not a tourist destination at all. A civil war has been raging there since 2014, which is widely considered to have escalated into a proxy war between two major regional powers: Sunni Saudi Arabia and Shia Iran.

There is a very high risk of kidnapping and becoming a targeted or incidental victim of a terrorist attack. Yemen has fantastic tourist attractions so let us hope that tourists can visit the country without fear sometime in the near future.

Shibam, in Hadramaut province, is an extraordinary city, sometimes called "the Manhattan of the desert." It has about 500 mud-built tower houses resembling skyscrapers, some of them as tall as 11 floors high. Shibam is a UNESCO World Heritage site, as is the old city of Sana'a.

Yemen (a republic) is the poorest country in the region. In ancient times Yemen was known as Arabia Felix, Latin for "happy" or "fortunate." Sadly, Yemen is nowadays neither happy, nor fortunate. 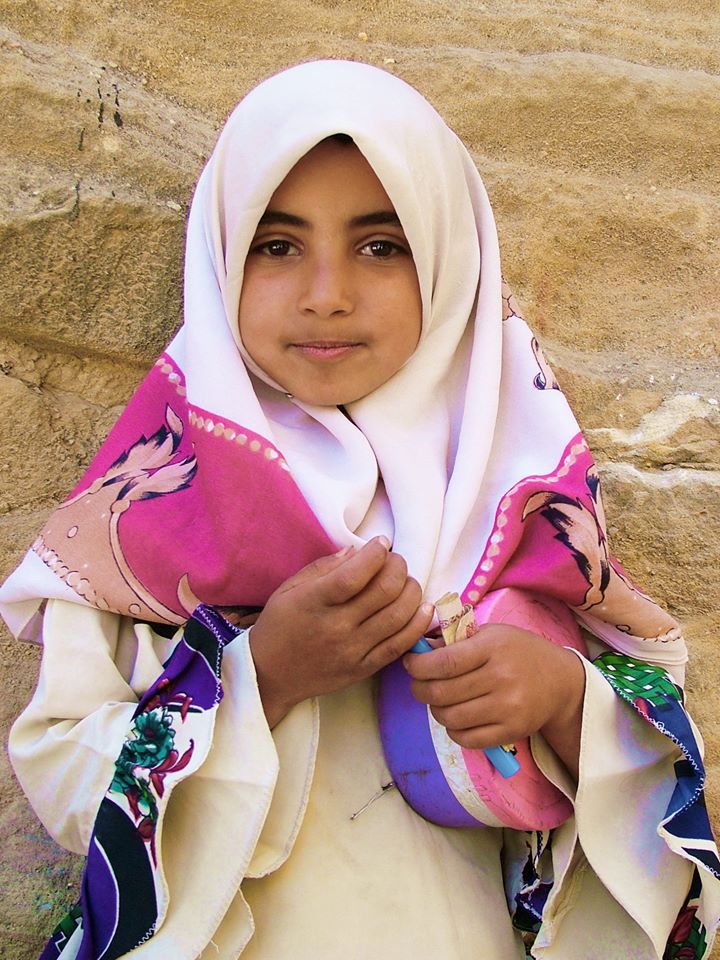 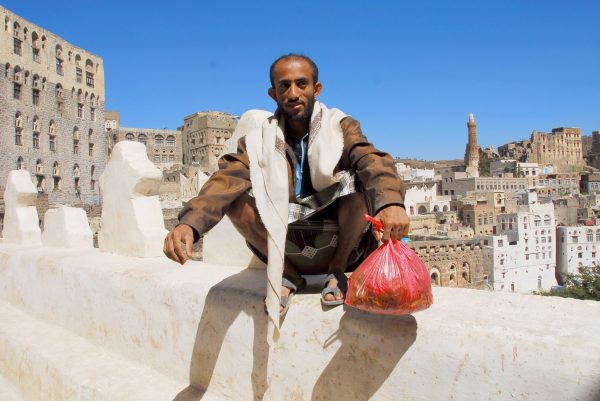 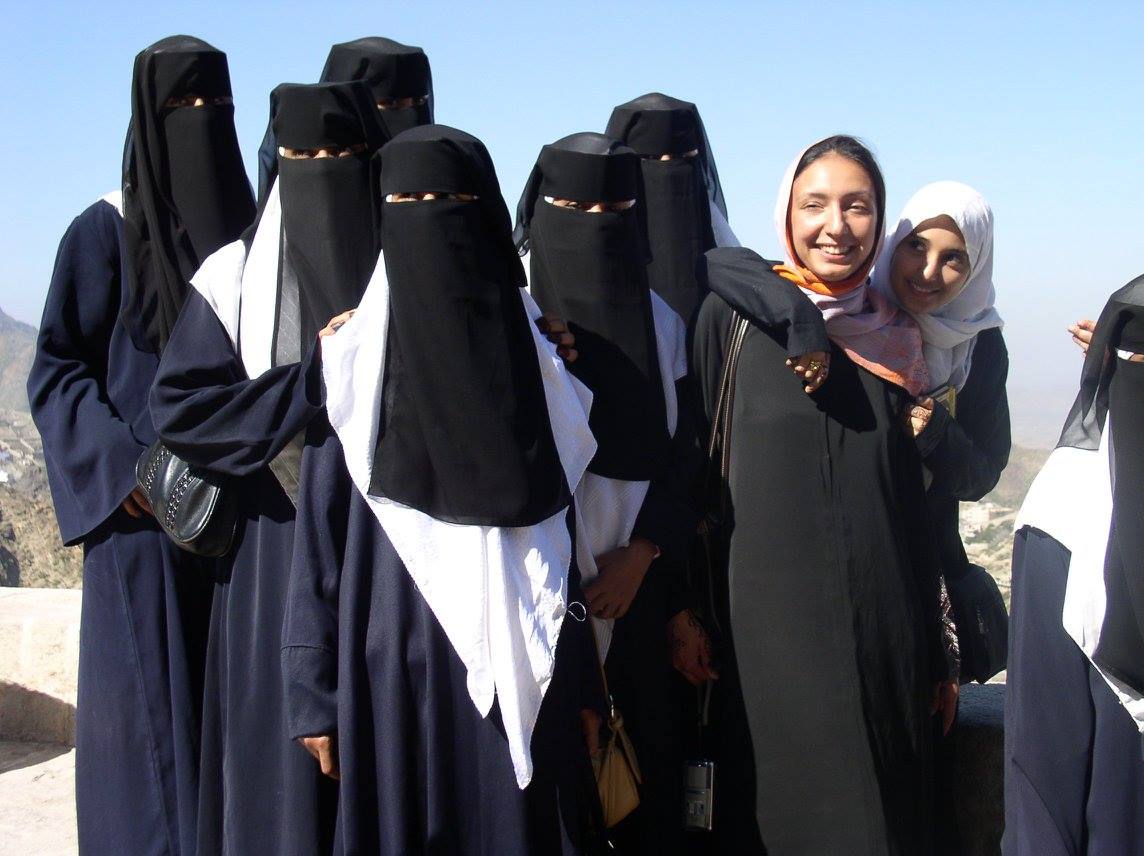 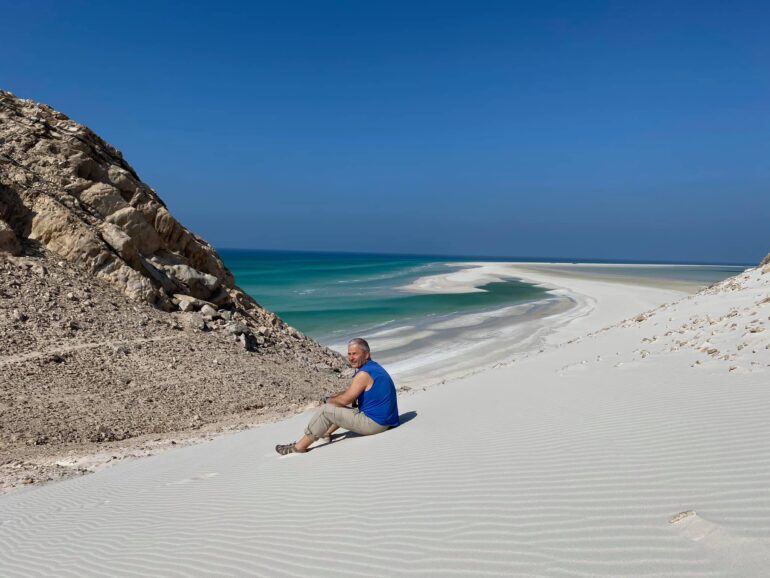 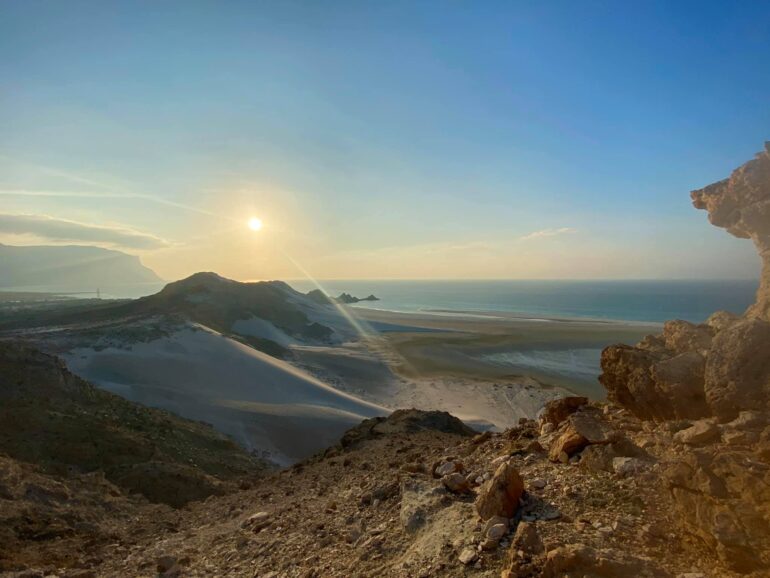 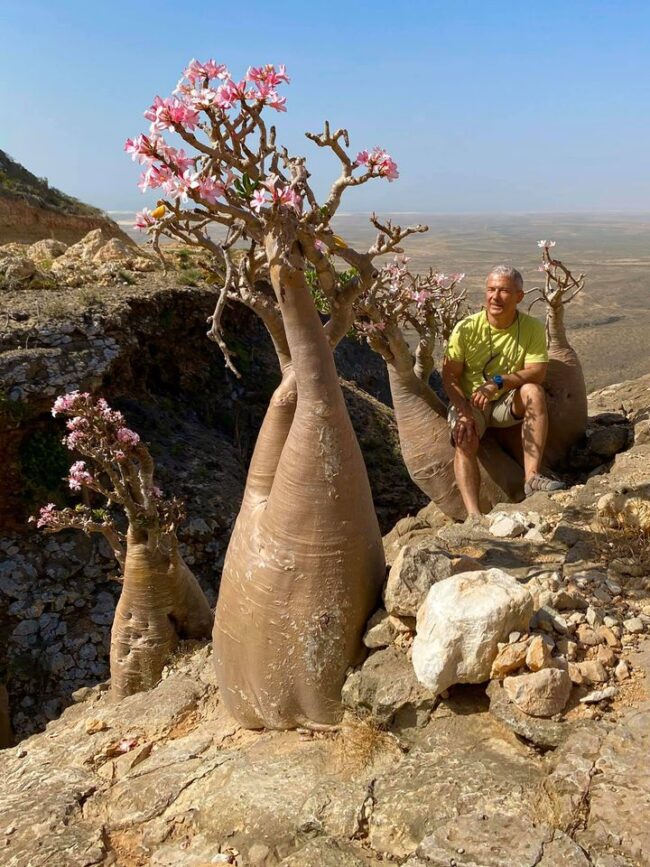 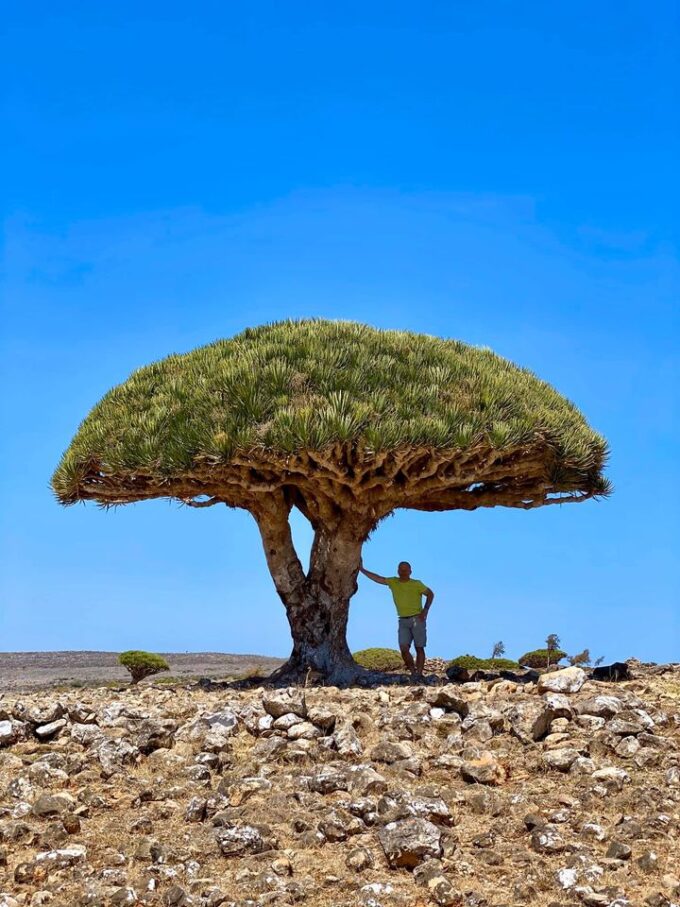 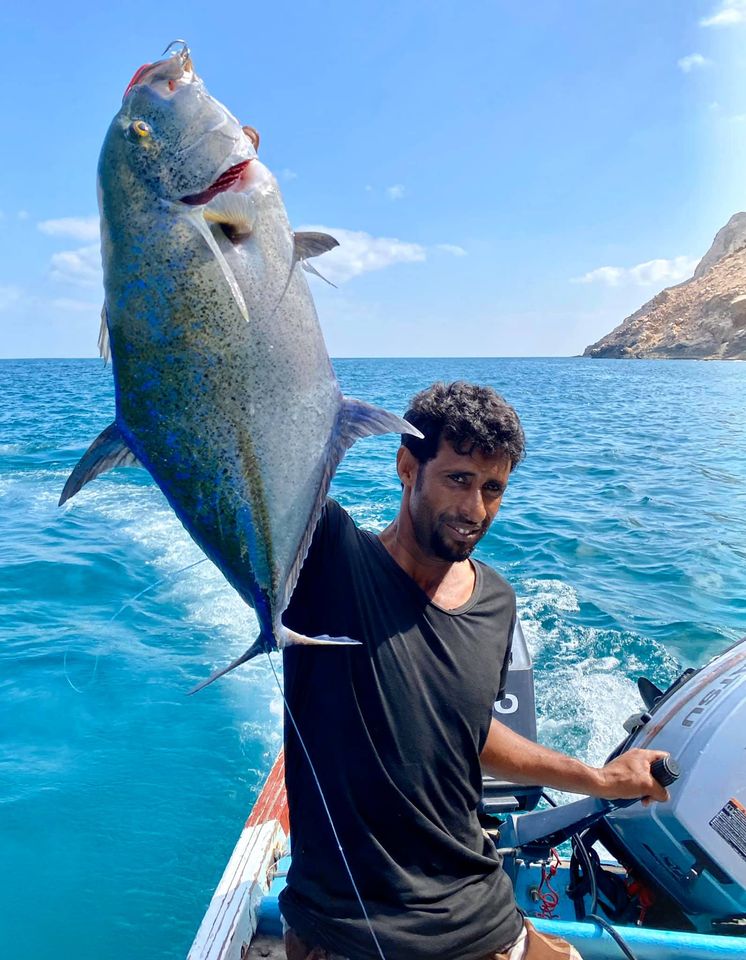