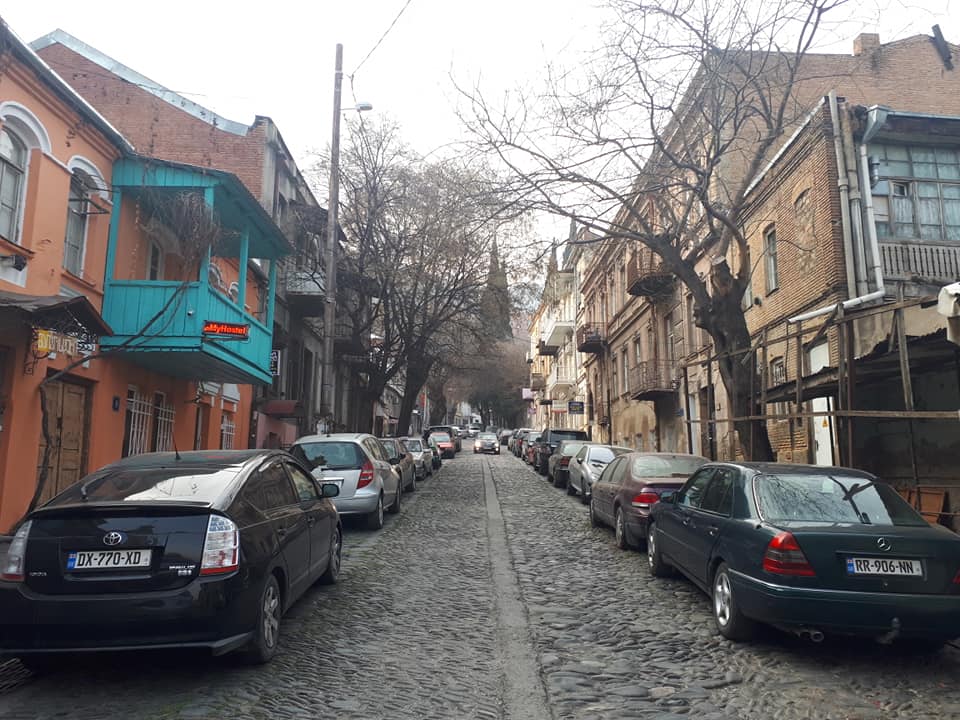 “Tbilisi is quite an eclectic city in terms of architecture. Ruined houses and brand-new glass palaces stand next to one another. We toured the main sights, including Holy Trinity Cathedral (Sameba), the seat of the Georgian Orthodox Church. The building carries special features of Georgian ecclesiastical architecture, along with a certain Byzantine touch. It is the third-tallest Orthodox cathedral in the world, at 105.5 meters. We also visited the old district of Metekhi, the old town, and Turtle Lake. On the right bank of the river the positive benefits of Muslim culture can be seen – there are baths here, for example. The houses, which show traces of Ottoman architecture, have been beautifully renovated, as has the mosque. The riverside is lined with modern Georgian buildings.

So there are plenty of positives for the capital. For example, you can feel the development, or at least the effort to improve. What is more interesting is the sight of a person wandering from tidy streets into such dilapidated alley-like steps from two steps. Unlike other post-socialist big cities, where they have introduced electric chip cards in public transport, with a metro map on the back. Quite a few people speak English, which makes it easier to get around, although on several occasions they wanted to switch to Russian.

I wasn’t too keen on Russian tourists even before this trip, but the feeling only deepened in Tbilisi. They are incredibly rude, don’t care about anything, drive aggressively, and because of them, the prices are unfortunately rising everywhere. In restaurants, the menu was also written in Russian (and few were not) the food was always more expensive.” (2018)

“Tbilisi is undoubtedly one of the most charming and beautiful capitals I have visited. The compact old town is enchanting, with the houses and buildings that have already been renovated in some places, though in many other places they are succumbing to decay. Byzantine and Ottoman architecture are combined here with modern-day Art Nouveau and 20th-century Soviet architecture, while here and there a 21st-century futuristic building dominates the skyline.

The green lungs of Tbilisi are the Botanical Gardens, with a picturesque waterfall, silence, and fresh green vegetation. Higher up is the ancient fortress, which stands above the Ottoman-era bath district. The smaller and larger hills which surround this area are dominated by domed churches, and in some places, a modern glass-and-steel structure adds color to the overall picture.

The whole city seems to be poised on a frontier: halfway between East and West, glancing towards Persia and India, and in the shadow of the mighty Russian father-in-law.” (2018)

"The name Tbilisi means hot spring. We had already decided that one of the first things we’d do after (barely) sleeping would be to visit one of the local baths. There are many bathhouses in Tbilisi, all clustered in one area. These are not like bathhouses in Budapest, for instance, so don't imagine large pools – these can generally fit between one and nine people. The water in the baths flows into the Mtkvari (a river also known as the Kura, I don’t know when each is used) through a small stream. Massages are also available at baths which are advertised as hammams. We tried the hammam in a place called Istanbul (in Çemberlitaş) and it was only similar in part to the ones I’d tried before. Basically, after a little sprinkle of warm water, I lay down on the octagonal, heated stone slab in the middle of the hammam and waited for the masseur, who after a good 15-20 minutes almost attacked me with his kneading glove, and started to exfoliating and then massaging. He occasionally poured warm water around my neck. A frothed olive soap is filled into textile bags and used to spread the foam onto the body.

They start the massage with you lying on your back. They also massage the belly but don't touch intimate parts of the body – although through all this you’re only wearing a pair of Speedos. Hammam massages get rid of dead epithelial cells, kick-start your metabolism, and help remove toxins from the body through sweating. So the massage part was pretty intense, but also very pleasant. Essentially, the Georgian bath we visited is like a Turkish bath, but it's not dry. I remember looking for the pool in the Istanbul…” (2018)

"Heading from the Tsminda Sameba Cathedral towards the center, it is worth going in the direction of the Parliament, because although the building itself is not very spectacular, the surrounding streets are like a journey back in time, evoking true post-Soviet times. Decades of untouched streetscapes, crumbling Soviet cars which miraculously still run, and hilarious street children make the picture even more complete, all just a few hundred meters from Parliament.
During a sightseeing tour of Tbilisi, especially if you only have one day, it’s important not to overdo the tourism associated with the built environment. There are a couple of interesting buildings, but it would be a big mistake to get to know only this aspect of Tbilisi and to judge it on this basis. Take a ride on the battered, worn-out city subway , have coffee up to 3 times a day, sample everything, and just enjoy being here. The evening activities will be an important part of this, as the nightlife in the capital is very active: pleasant, high-quality restaurants, pubs, bars, and clubs await travelers on the winding streets of the Old Town, so on a night out in Tbilisi the only limit is your imagination.” (2018)

“Basically, the biggest danger in Tbilisi is not a crime, but the madness of car traffic and total disregard for pedestrians. After crossing a few roads, we realized that in Tbilisi, even on a zebra crossing a regular pedestrian has no precedence over cars. It makes no difference what color the traffic light is, and unfortunately, most cars don't even slow down, even out of courtesy. So after that, we didn't look for zebras anymore, because they didn't seem to have the same meaning as elsewhere.

Getting around on foot requires quite a lot of attention in the Georgian capital. There are a lot of stray dogs wandering the streets, and they managed to scare me once or twice.” (2018) 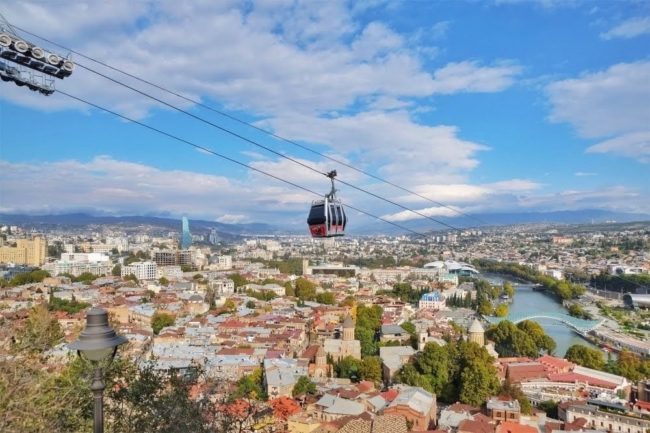 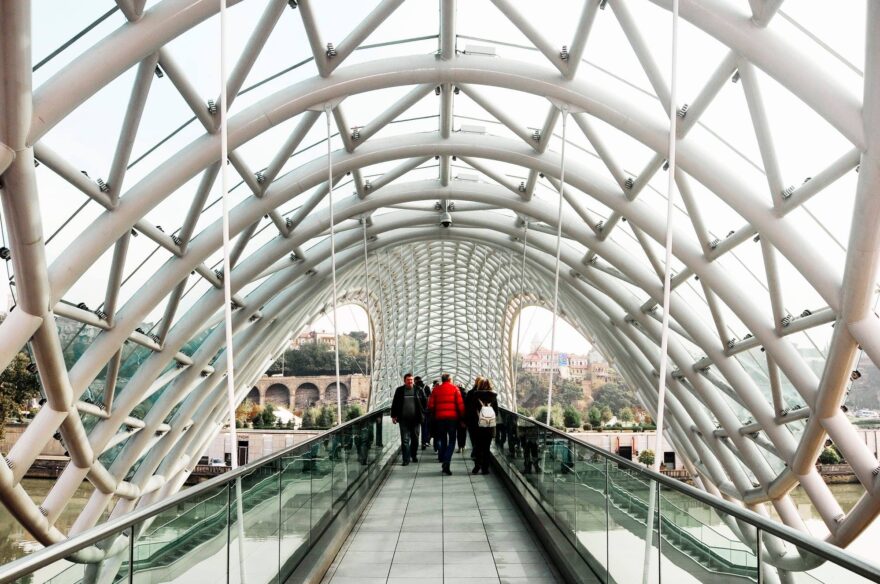 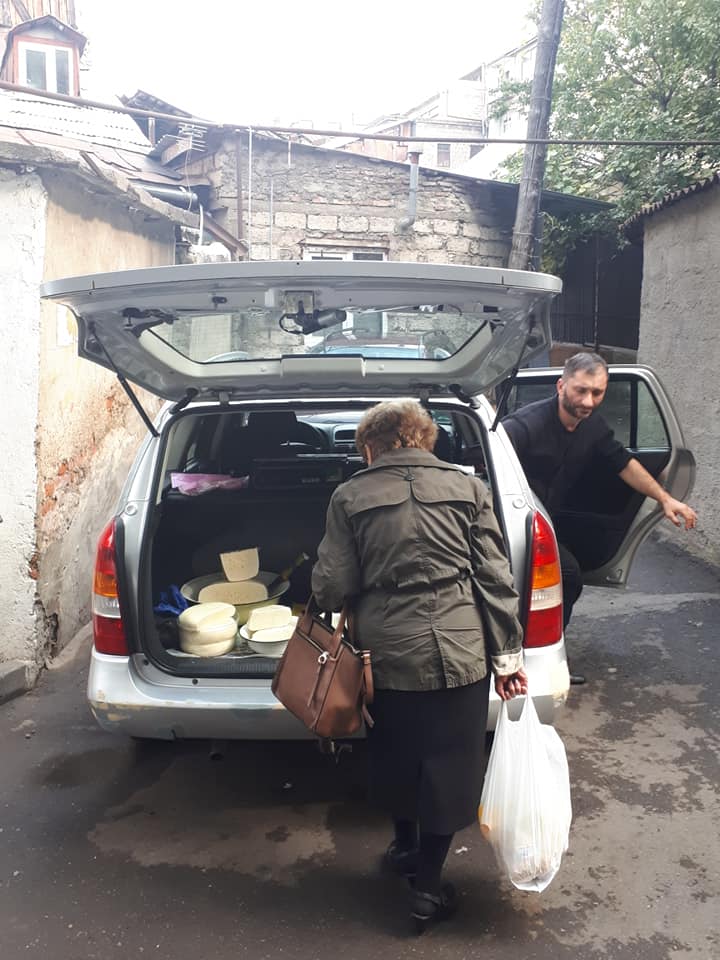 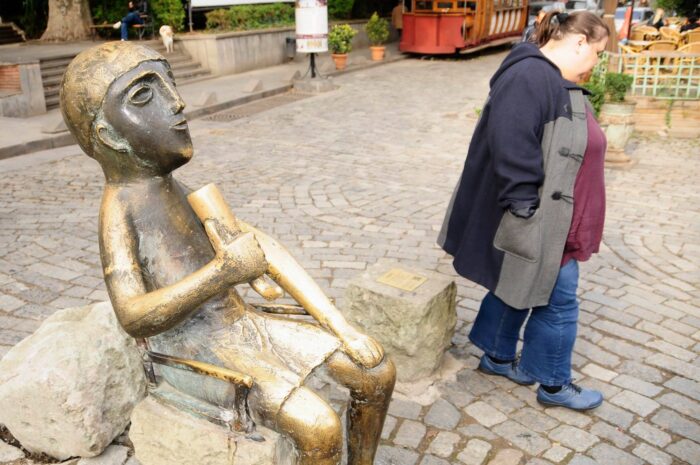 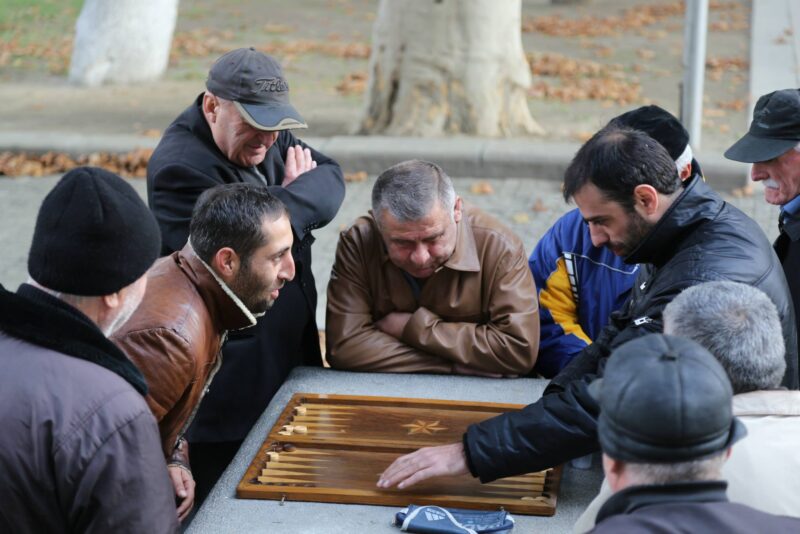 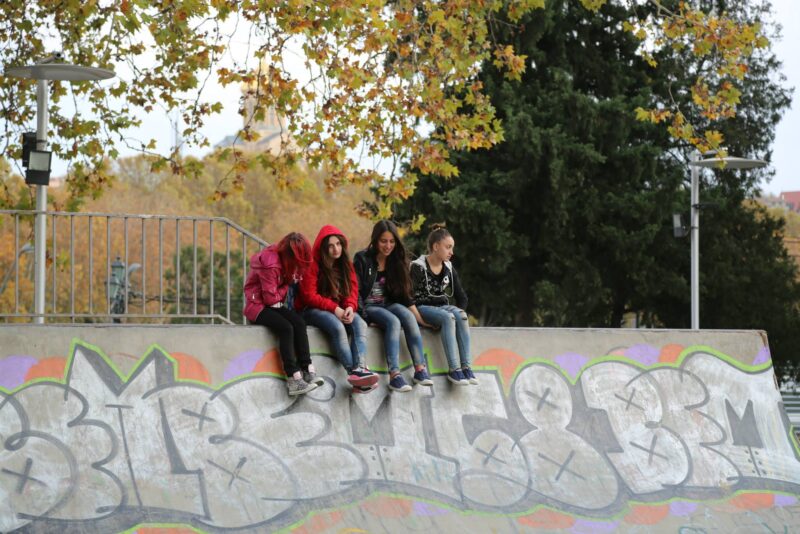 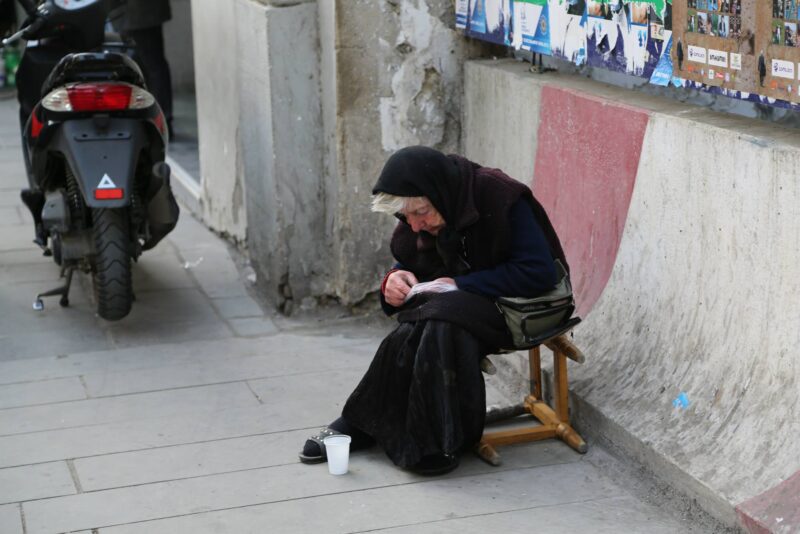