1. The Mausoleum of Kim Il Sung (one of the 5 existing mausoleums in the world) was a unique experience - we had to keep a very straight face during this visit (and we succeeded)

2. It was a pleasant surprise that we were free to photograph the street scenes, the people - we expected stricter rules in this regard

3. It was interesting to see that also the bikes have license plates

4. The local Tedongan beer is almost as good as some German and Czech beer brands

1. It was hard always to behave disciplined and often repress our fit of laughter

“It was fascinating, but at the same time extremely uncomfortable, to see how the members of the tour group were continually watched and scrutinized from start to finish. Two female tour guides, the bus driver, and even a cameraman (!) were always with us. I was astounded to discover that one of the tour guides before she even met us, knew not only the names of every member of the fourteen-person group but also their occupation and even their family circumstances! She had studied our visa request forms and memorized every single detail!

For me, the the highlight of the whole North Korea trip was the unbelievably huge communist statues (Kim Il-Sung, Kim Jong-Il) and monuments bearing ideological messages. It makes you think, if they used even a little of the huge sums they spend on propaganda to help the poor instead, they could do so much good in this country (especially in the countryside). In the capital, Pyongyang, there is no poverty to be seen. This is a show-city, and life here is more bearable than in the villages or small towns. The five-day visit to North Korea was a bizarre experience. It also weighed me down, spiritually and psychologically, and it was necessary to spend some time recovering in decadent, capitalist Thailand.” (P. Ki, 2017)

There are local guides and a driver with the group, but this is also the case in several other countries that only allow group travel. We did not experience any close control or intrusive following, as there are organized programs and trips from morning to evening.
During the mass dance, you can dance with the locals, which is quite charming. :) You can also talk to local tour guides, who speak a range of foreign languages, including even Hungarian.


1. We were taken to a souvenir shop several times, so we had the freedom to decide where what and how much to buy (we also bargained).
2. It’s completely pointless to travel here with a Western mindset because apples cannot be compared with oranges (or at least it’s a useless exercise). They may feel ‘sorry’ for us…
5.We ate very well :)
6. Phones and other electronic devices were not taken away. When we were leaving, they looked through the photo albums and some images were deleted. BUT! other rules apply to journalists and they will be informed about this when booking their trip !!!
7. We knew what we were getting into and what the rules would be ... ergo it would be silly to complain…


No one was called by name here. A lot is spent on propaganda in every country, only possible in other ways, and that money is not spent, for example, on the development of the health care system.


It was a sensational experience, but we went without expectations and tried to ‘take off our western glasses’ ... All the same, everyone will see and notice what they want to.

It didn’t cost me € 2,700, but I could have spent more. Two-week trips are not the only option, you can also go for six days and four nights.

There are many pictures of Kim Il Sung and Kim Jong Il, but not of Kim Jong Un.

The pizzeria was not built for tourists, nor were the local restaurants, locals can eat there and elsewhere... so the above statement is not accurate.

There are restaurants, shops, and pubs as well. 2017 experience.

Responding to the above opinion from another perspective:


“Nobody in our the group was addressed by name when we met our guides. Every country spends a lot on propaganda, though perhaps in different ways, and that money is not spent, for example, on improving the health service.”
(Francois, 2017)

I won’t pretend otherwise – this was far from the cheapest trip I’ve taken. A three-day tour from Dandong to Pyongyang, including train, visa, food and other transportation, as well as one or two admission charges, came to €495. It’s crazy to think that you could spend a week filling your belly at some all-inclusive Greek resort for the same price, but I’m not sure that really appeals to me these days. In addition, the tour agency advises bringing more money for tips at the end of the journey, optional extra entrance fees, food on the train, flowers – in a word, spending money – but how much is needed depends, of course, on the individual. (2017)

What surprised you most about the country?

"Lots of things, but most of all, perhaps, the huge number of power outages we experienced. It often happened that from one moment to the next, the place we were in went dark. Although there are a lot of theaters in the country, most of them are not in operation because they simply cannot provide enough electricity for them. The situation is similar with the opera: even though we would have been curious about it – North Korean opera is said to be of famously high quality – there were no performances during our stay. Actors are thus more likely to be sent to work in the rice fields, despite being greatly respected.”

Theoretically, you can catch a taxi at the hotels or department stores, but in reality, the drivers refuse you if an official guide does not accompany you. 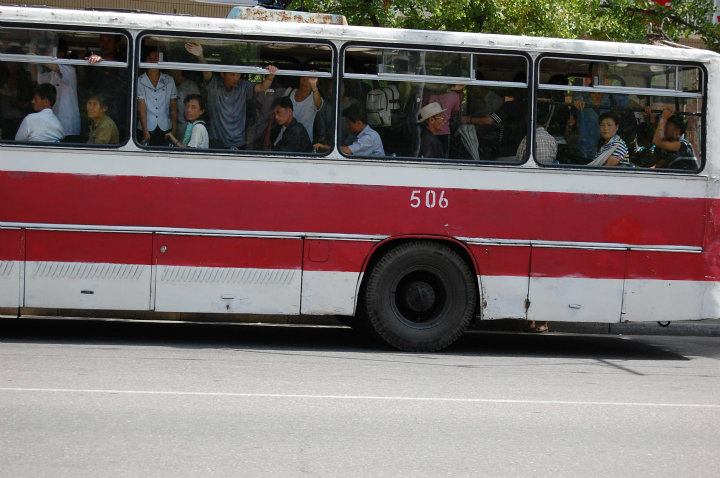 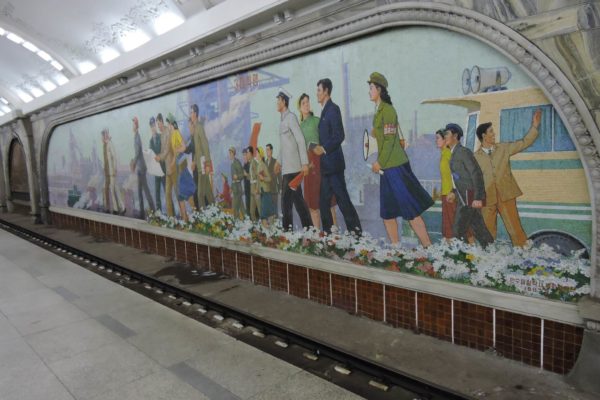 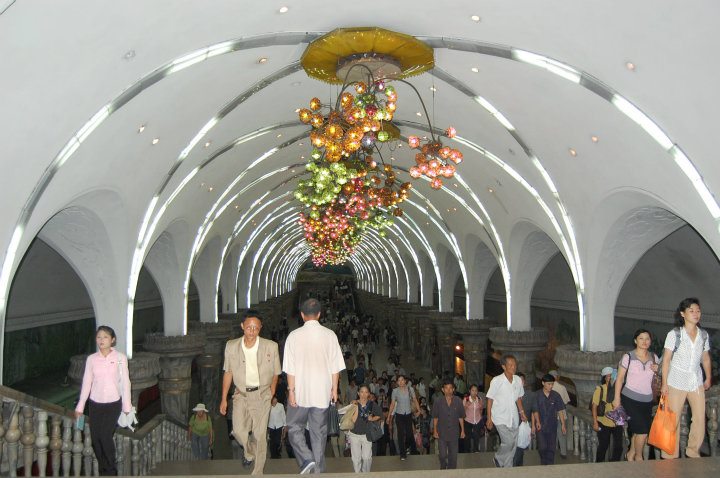 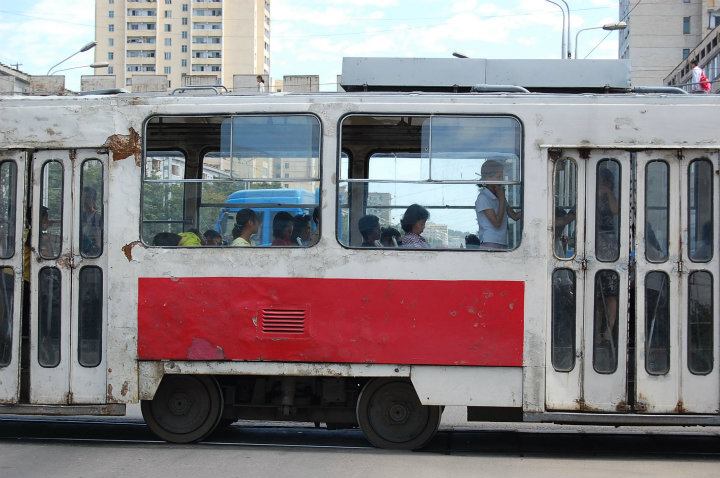 “After dinner, I sneak out of the building to look around a bit. Luckily, our local guides always eat at a different table, mostly in a different room, so it’s pretty easy. I look in the door and decide to test the limits of my freedom a bit. I go out the gate, and luckily no one comes after me, but they’ve probably already noticed. I go to a kiosk near the gate and try to buy some local sausage. The seller is apparently embarrassed, which is compounded by the fact that I’m trying to pay with Chinese money, and he looks over my shoulder to see if anyone is watching. I’ve heard that they can’t accept foreign currency, and this is confirmed later on. At this moment, Mr. Ro, our driver, shows up, and after some explanation, he takes my money and buys me the sausage. He pays me back in won. By the time the otherwise awful sausage is finished, the others have come out and set off for our hotel, but we’ll interrupt the trip for a short photography break, because that huge glass triangle hotel, which will probably never be completed, finally makes sense. At the top of the triangle flutters a beautiful, colorful Korean flag, proclaiming the glory of the country from afar…” (2018)

“Is there such a thing as leisure and ‘fun’ in North Korea? We had heard a rumor that it's supposed to be illegal to be out on the street after 10 p.m. I asked our manager about it, and he replied that there was no such restriction, but why would a working person go anywhere after 10? On an average day, it seems that propaganda cars equipped with loudspeakers start at 6:30 a.m., proclaiming the word, "Come on, wake up, head to work!" Everyone works until late in the afternoon, after which they understandably don’t feel like going out. In addition, there are no pubs, restaurants or shops in North Korea. Well, there are a few restaurants near the attractions, but they are reserved for tourists only. In light of this, the above misunderstanding is no longer so surprising.” (2016) 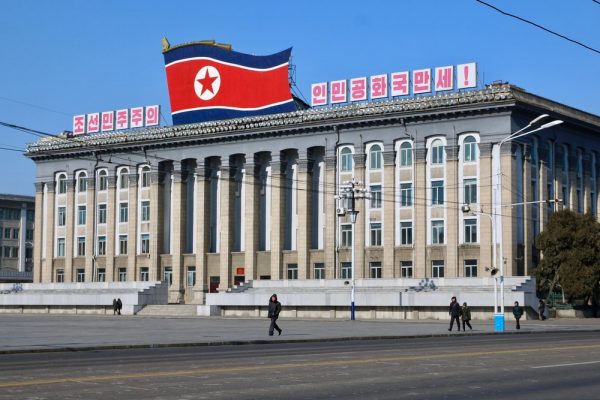 North Korea (officially: Democratic People's Republic of Korea) is in the Far East region of Asia, on the northern half of the Korean Peninsula. Neighbors: China and Russia (north), South Korea (south). North Korea has coasts on the Yellow Sea and the Sea of Japan.

Population (in 2020): 25.7 million - North Korea is the world’s most ethnically homogenous country.

It is an atheist state where public displays of religiousness are strongly discouraged. Based on estimates from the late 1990s and 2000s, North Korea is mostly atheist and agnostic. The faint signs of religious life are connected with the traditions of Korean shamanism and Chondoism. The hardline communist regime rigorously demands that its citizens believe in the official ideology and adore the Dear Leader, who at present is Kim Jong-un (a hairstyle trendsetter).

Strange as it might seem for a dictatorship, elections are actually held every five years. The only decision the voters have to make is whether to vote for the sole listed candidate or to vote against them. There are two separate boxes for voters to place their ballot: the “for” box and the “against” box, so it would be easy to see if someone made the fatal decision of voting against the candidate. A negative vote is considered an act of treason.

The Communist country has a reputation for reclusiveness and is often called a "hermit kingdom."

There is no way to visit North Korea as an individual tourist. Either you are officially invited (like Dennis Rodman, an American retired professional basketball star), or you join an organized tour group (mostly starting from China).

Allegedly, hundreds of thousands of tourists visit North Korea every year. Most of them are Chinese and Russian.

The few tourists who get there enjoy total safety as long as they follow the strict rules of conduct. Guides (officers of the secret police) accompany tourists at all times. There are no opportunities to communicate freely with the locals and almost no chance to see what real life looks like for them. Disrespecting the ruling regime is considered a major offense and can result in being sentenced to hard labor. Tourists are requested to present flowers to or bow in front of statues of the regime’s past and present leaders. Tourists should avoid calling the country North Korea.

If someone decides to visit North Korea, the optimal timing would be: May, June, September, October (monsoon in summer, winter is cold).

The biggest stadium in the world is in Pyongyang: the May Day stadium has a total capacity of 150,000 people. 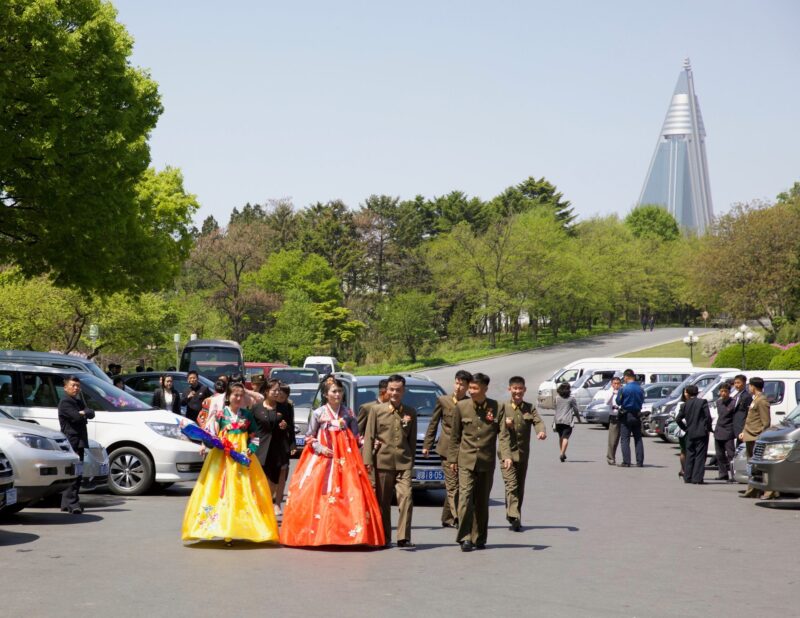 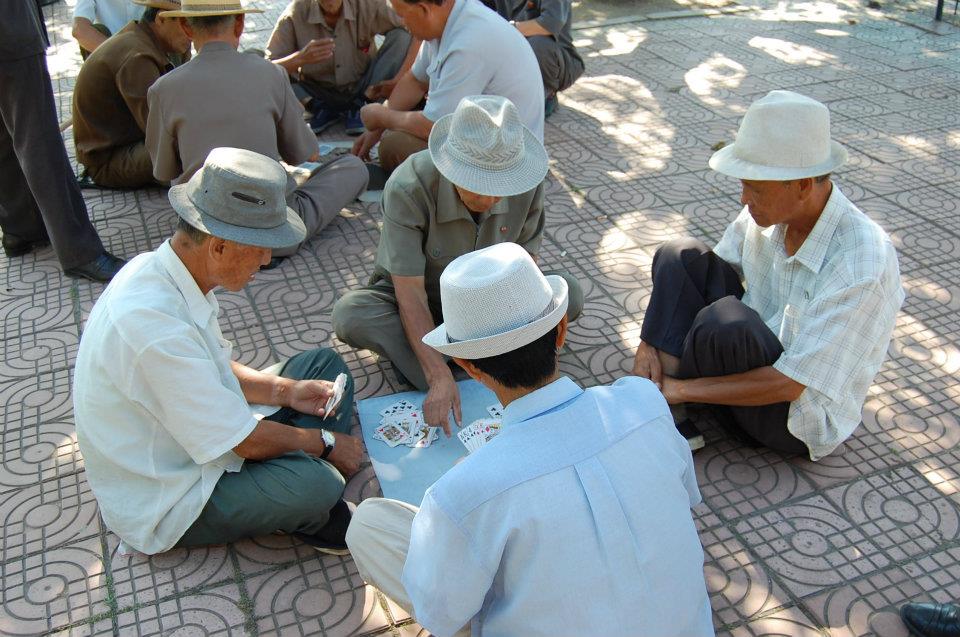 1. If you want to take a photo of official persons (like police officers, soldiers) or government buildings, first you have to ask permission from your tour guide.

2. Any comments about the country’s political system and leaders should be avoided.

The city is different from the rest of the country. .It is basically a kind of propaganda shop window designed to paint a beautiful picture of the country, to improve the image of North Korea. People here wear smart and neat clothes. The streets are clean, and gigantic propaganda monuments are visible everywhere