1.The 3 hours tour in the Kourou Space Centre was fascinating and basically the only really valuable program we made on this strange piece of France

2. Funny how proud are the native people of their Frenchness

3.. Interesting to see in South America so many Asians and by that Asian-type atmospheres

5. Remire Montjoly, a deserted beach at Cayenne (though we missed some basic services)

6. See tapirs in its natural habitat in Tresor Nature Reserve

1. Very expensive! - The items, services are about 30% more expensive than in Paris

2.  The country roads are full of potholes; the infrastructure is mostly poor

3.  We saw a lot of idling men on the streets., an indication of the very high (25%) unemployment rate

4. The countryside is very underpopulated and so not exciting, unless the nature of that spot happen to be attractive - anyway the interior is quite inaccessible compared to Guyana or Suriname

5. Almost no tourist infrastructure - the territory does not seem to be interested in attracting visitors other than technicians, business people

6. It is weird that in an overseas territory of France, eating bushmeat is legal.

7. No tourist visits exist to the Devil's Island - A tragedy for an adorer of  the book, Papillon 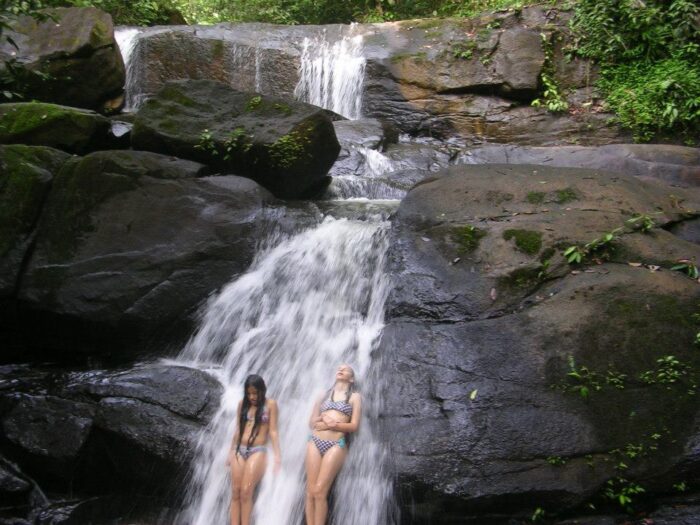 “From the Guiana Space Centre, a citadel of cutting-edge astronomic research, you travel on good-quality roads for a few kilometers, then transfer to a wooden boat with an outboard motor and set off along one of the tributaries of the Amazon. Within half an hour you find yourself in the middle of a primeval forest, where it feels as though you’re the first people to ever disturb this pristine wilderness.”

In my personal experience as a traveler in 2019, people of African descent, who make up 70 percent of the population, have a deep hatred for white people. Especially the richer blacks despise the white man; they have treated me disgustingly in many places.

You can not swim in the sea as the beaches are full of disgusting mud. There is no tourist infrastructure in that country.

There are many poor or wantless people. It's depressing.

Everything is way too expensive, close to the price level in Norway. That is because their government is in bad relations with neighboring Brazil, so everything is transported here from the mother country, France.

I have spent a week in this country and will never travel return. In Brazil, people are much nicer, everything is cheaper, and the tourism infrastructure is a thousand times more developed.

I can't say anything about French Guiana that would be positive compared to other South American countries. (N. Attila, 2019)

“In a Carrefour shopping center, I stumbled from one surprise to the next. In fact, it offered exactly the same range of products as it would in (continental) France: several dozen varieties of cheese, Breton butter, apples from Normandy, and fresh baguettes all lined the shelves. If I had just landed from Paris, none of this would have raised an eyebrow, but having spent the past few weeks in the Amazon jungle, the whole thing was decidedly bizarre. It’s a strange sensation to choose between many varieties of cheese, just a few kilometers from the jungle. Stepping back outside, an enormous toad hopped across our path.” (2017) 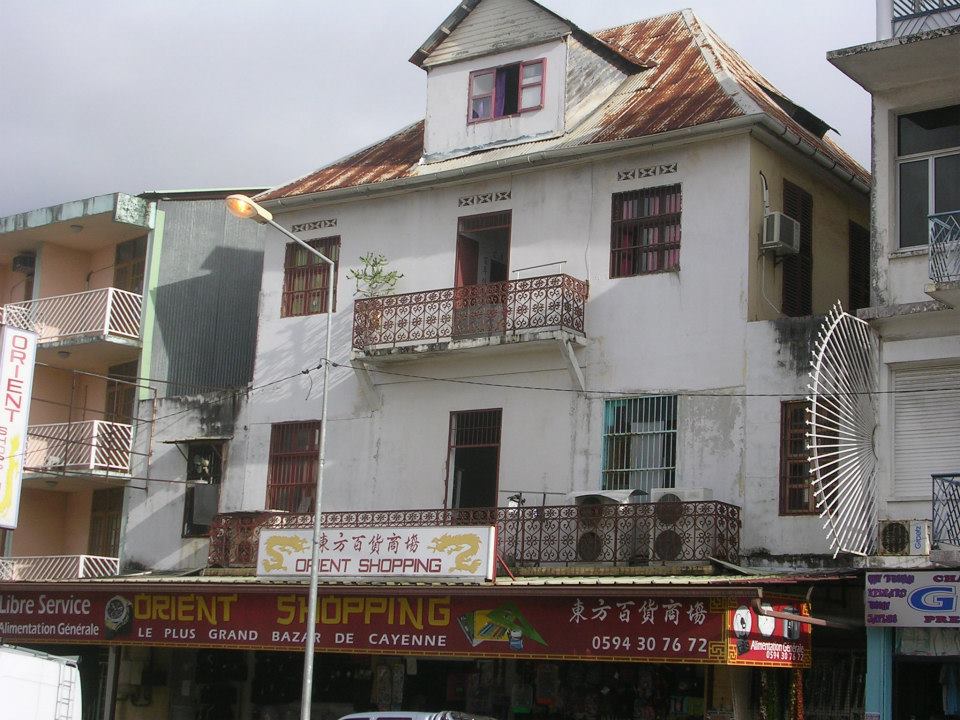 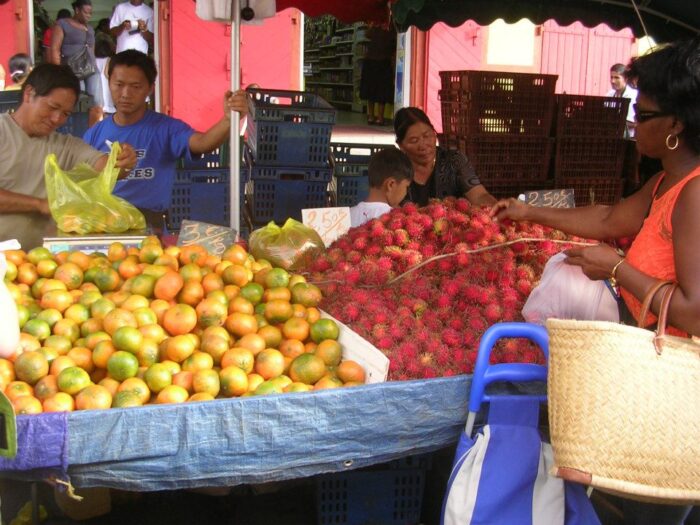 Violent crime has been increasing in recent years due to discontent with grave poverty, unemployment, living condition contrast compared to mainland France. 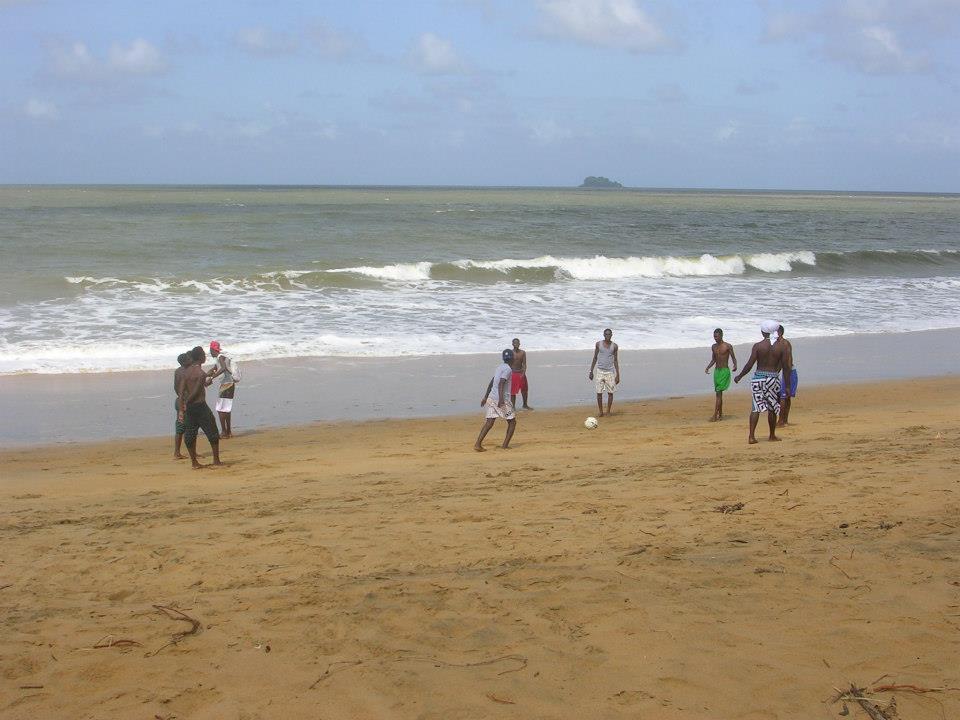 French Guiana lies 7,000 km (4350 miles) away from Paris, and it is, even so, a part of France. The territory is officially an overseas department, which sends representatives to the French parliament.

Religion: four-fifths of the population is Roman Catholic 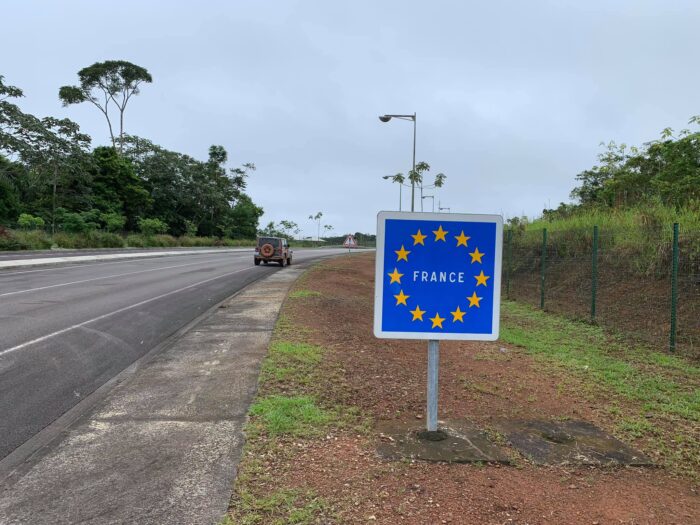 The territory belongs to France since 1643. Unlike in the West Indies, the Amerindians of French Guiana survived their encounter with European conquerors.
The Amerindians kept the memory of colonization through a legend, called Pailanti'po. In this myth, a monster swallowing the Amerindians acts as an incarnation of the deadly diseases that the European colonizers brought there.

The local history was full of conflicts between slaves and masters, whites and blacks, the weak and the powerful. 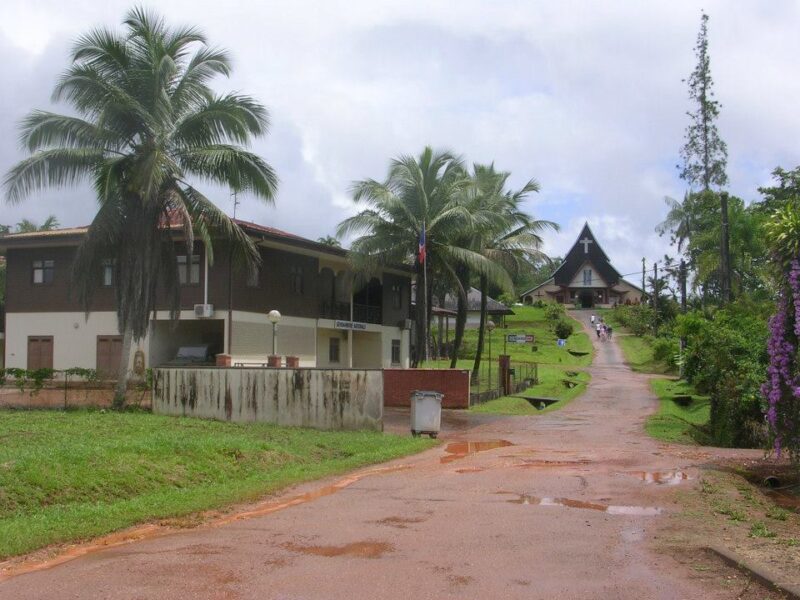 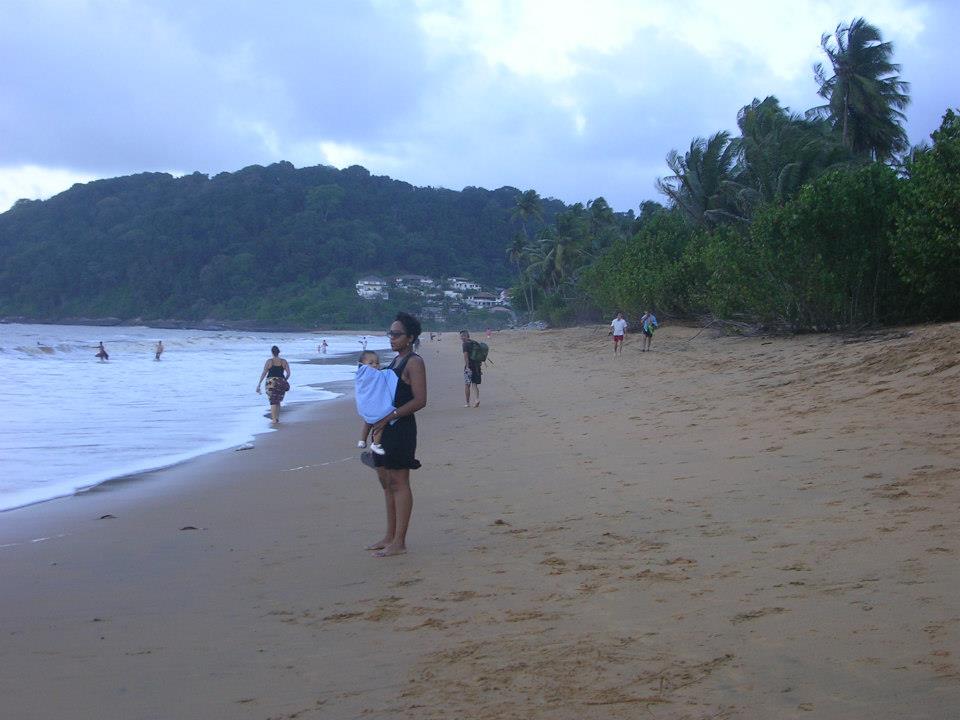 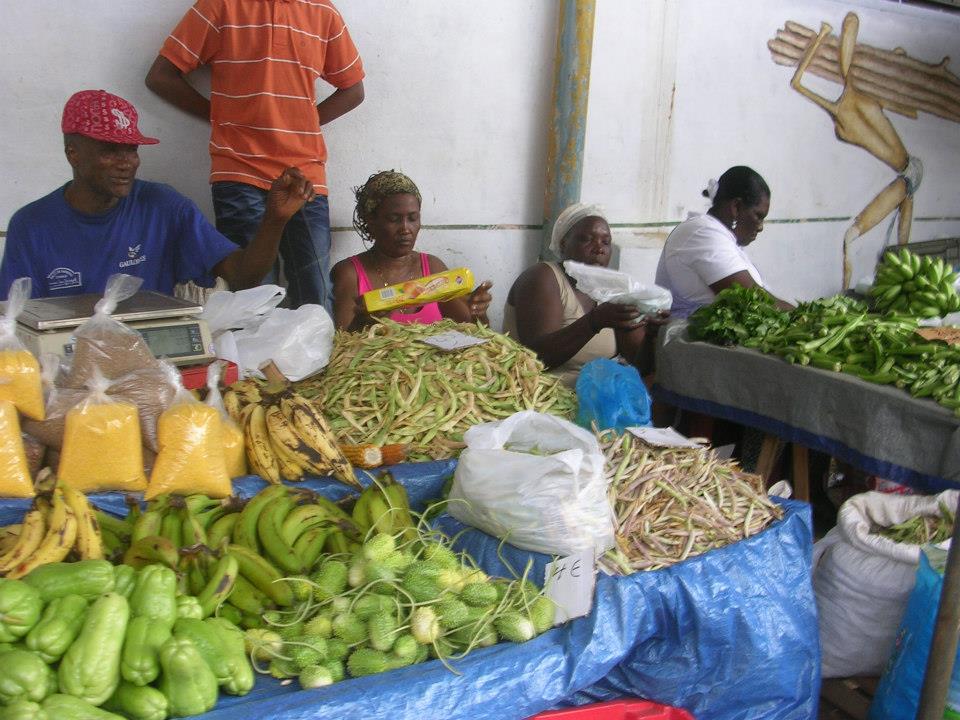 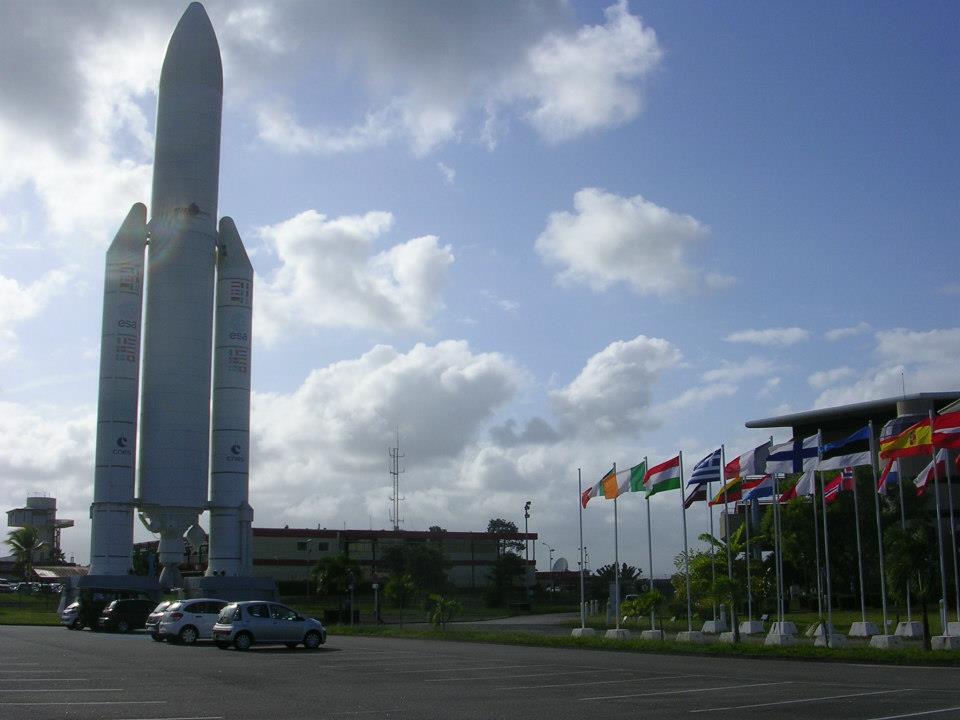 The ruins of Fort Cépérou, dating from the 17th century, overlook the capital, Cayenne, with its colorful Creole houses and street markets. Shops and cafes surround the main square called "des Palmistes" which takes its name from the many palm trees that rise there. The suburb of Remire-Montjoly is bordered by beaches overlooking the Atlantic Ocean. 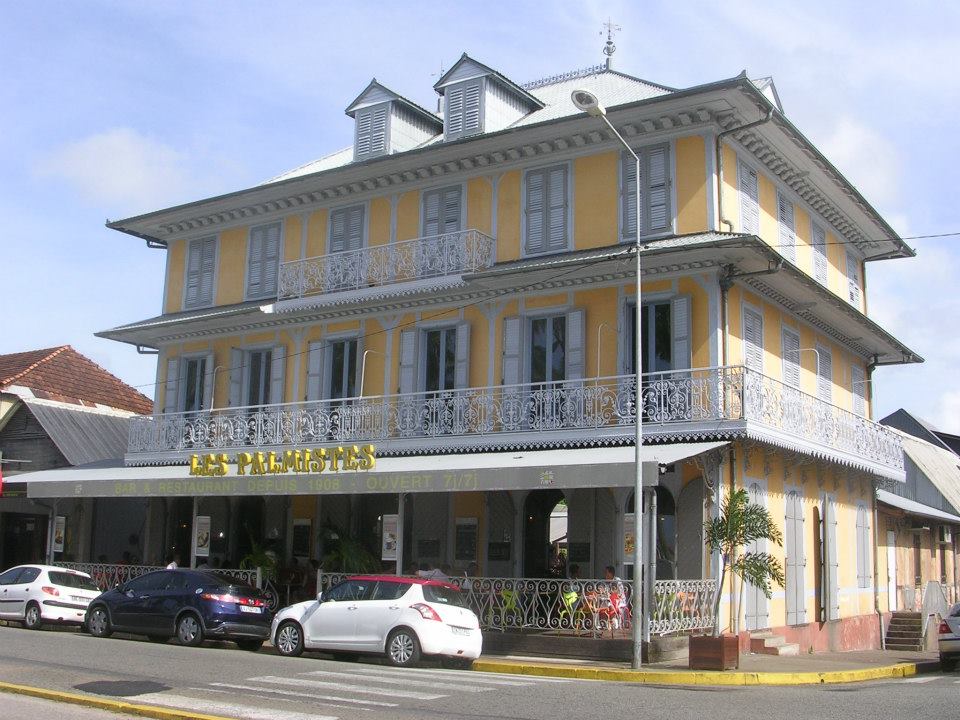 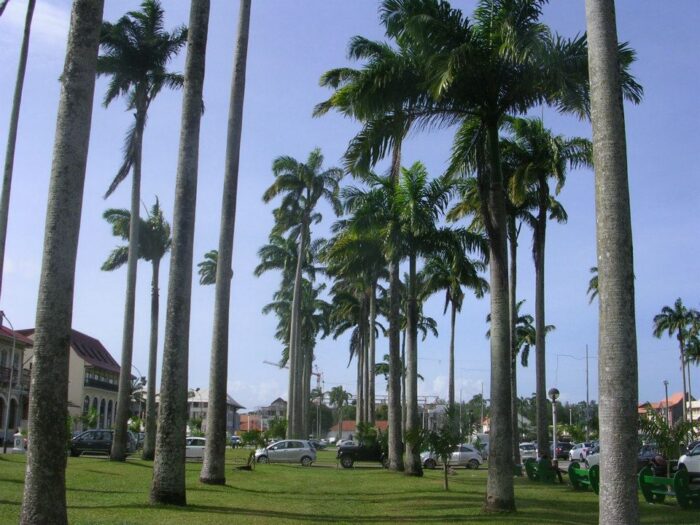 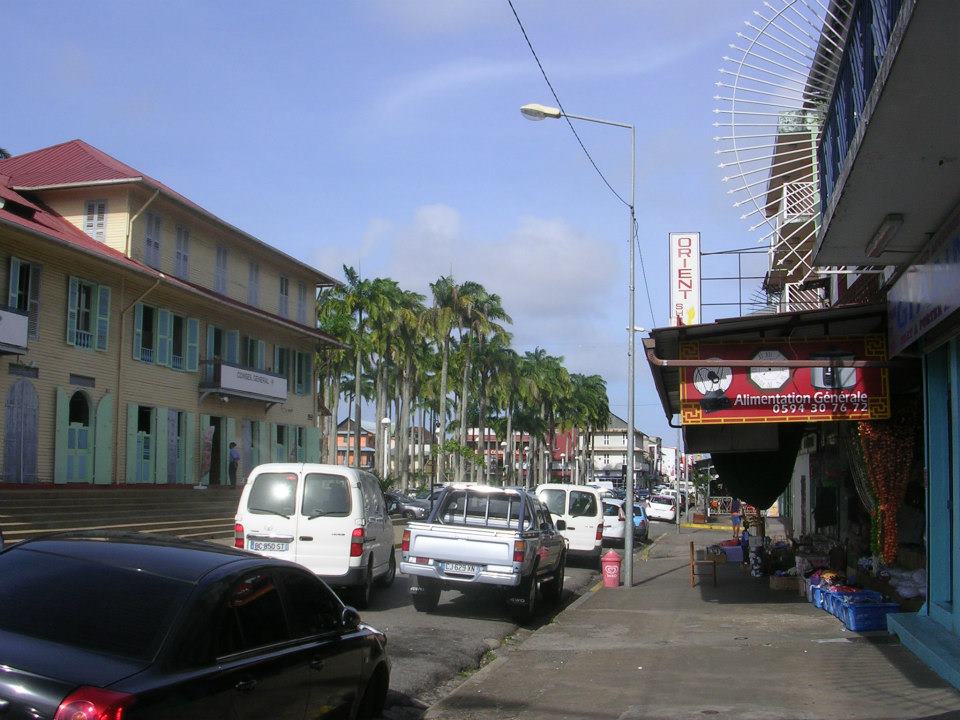 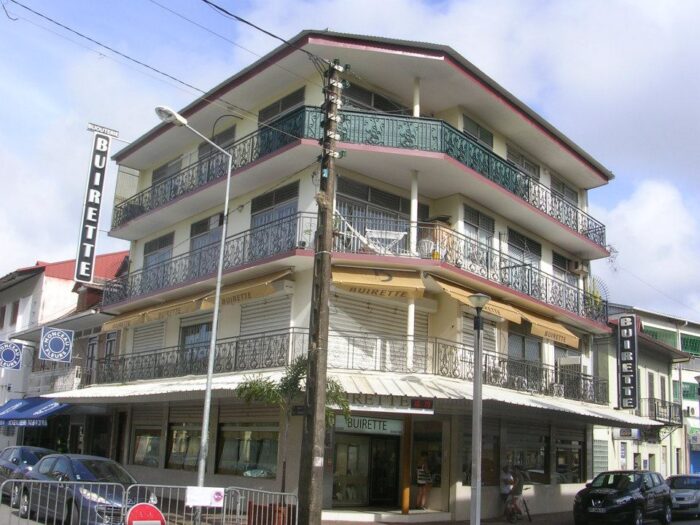