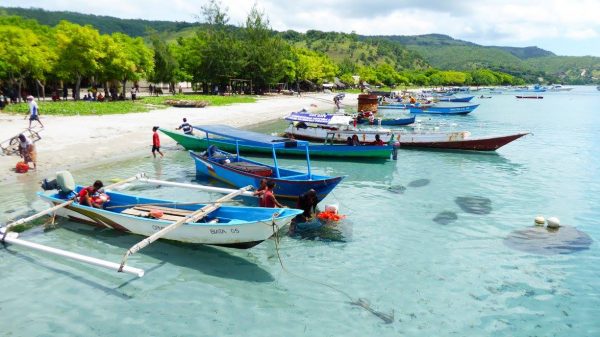 1. The capital, Dili, has a surprisingly modern district
2. The most beautiful beaches in East Timor are right next to the capital
3. Vising the kind of rural villages a European traveler is likely never to have visited before
4. Staying with local families in villages, and living in such primitive conditions that you feel you’ve travelled centuries back in time
5. The quiet, endless beaches on the south coast (around Betano)
6. Atauro island is a perfect idyll
7. The island of Jaco is difficult and tiring to reach, but also spectacularly beautiful, with heavenly, deserted beaches
8. We were surprised how easy It was to cross the border from Indonesia
9. It was also surprising how little litter there was in East Timor, at least when compared to Indonesia – many streets could almost be called clean
10. We did also see a lot of construction work, however, so it’s possible that it may not look so primitive in a few years’ time

1. Underdeveloped or non-existent tourist infrastructure – endless, exhausting journey down terrible, pothole-filled roads on run-down old buses at an average speed of about 20 km/h
2. Dili, the capital is (aside from the beautiful surrounding mountains) not an attractive city
3. The city of Same possessed nothing of interest – visiting was a waste of time
4. If you don’t want to eat local food then it’s very expensive, and the local food is nothing special
5. Most rural areas are quite barren – not much lush vegetation
6. Conversations with locals can become awkward if talk turns to the question of whether the country would have done better or worse by staying within a rapidly developing Indonesia
7. We felt safer in East Timor than in Papua New Guinea, but it was much less exciting
8. Hearing that the only hope for this impoverished country lies in its potential oil and gas reserves, but that multinational companies seem intent on extracting so much of the wealth they generate that there won’t be much left to help East Timor prosper
9. Inhabitants of East Timor automatically receive a Portuguese passport, so most of the few educated inhabitants soon move to Europe.
10. We thought that we’d enjoy a few days on a deserted beach, but somehow the absence of other people takes a lot of the fun out of the experience

“Beauty is in the eye of the beholder, but I’m quite sure that the beaches of Jaco island, on the easternmost tip of East Timor, are among the most beautiful I’ve ever had the good fortune to visit. What really made the experience was the fact that my partner and I had practically the whole island to ourselves. This is thanks to three factors: First, East Timor in general is visited by very few tourists. Secondly, it is an absolute nightmare to reach Jaco (200km in ten hours on public roads…) Lastly, in the local culture Jaco is considered a holy place, so there are no buildings on the island, and it’s only possible to go there on visits (spending the night is forbidden).

If you’re looking for a real tropical paradise, without cocktails and swimming pools, but with world-class beaches where you’re likely to be the only visitors, then this is the place for you. Still, don’t forget to prepare, and steel yourself for a rough ride – the journey to Jaco is not among my favorite memories! (2019)

My seven-day travel plan for East Timor included stops in Dili, Baucau, Loi Hunu, Ossu, Jaco and Atauró (these last two are islands!) as well as a climb up Mount Ramelau. This was already too much, and that was without taking into account the journeys between them –a new place every single day, and the trip from Dili to Baucau, for instance, took five hours. This was impractical, and to tell the truth, even two weeks would be too short a time to enjoy such a program, rather than just rushing from place to place. For example, to visit Jaco island and then travel back to Dili should be done in three and a half or even four days, if you don’t want the trip to feel rushed.

Still, it might be interesting to note that I was able, in one week, to visit the capital Dili and Jaco island (and the intervening villages of Tutuala and Baucau) as well as a short trip to the mountainous region south of the capital.

If anyone is thinking of visiting East Timor, bear in mind that the roads are simply dirt tracks (at least everywhere east of Dili) which are choked with dust during the dry months. The 200km from Dili to Tutuala takes a good ten hours. Strangely, the road to the mountains south of the capital (for instance Maubisse and its surrounding region) is tarmacked, and in much better condition, but because it winds through the mountains it’s impossible to drive fast here either. I’d also note that there is work going on to improve the roads, but it didn’t look as though any serious improvement could be hoped for in the near future. (2018)”

“East Timor is famous for the beauty of its coral reefs, and Lui, who showed me where to go, agreed that they were very pretty. He just forgot to tell me that I wouldn’t see anything at low tide, because the water is very cloudy. Also, the frequent rains also contribute to the low visibility. The reef was a couple of hundred meters from the shore, and to get to it I had to wade across an expanse of mud. Plop! My sandal gets stuck. I haul it out, and realize I’ve torn a seam. This is a big deal, because even in Bali it’s impossible to find sandals in a European size 47.

I finally made it to the reef, but the Timorese Sea was not prepared to give up its hidden wonders on this occasion.
Still, at least I bought my running shoes with me, so that I don’t have to walk barefoot through the city while I’m getting my sandals repaired.” (2017) 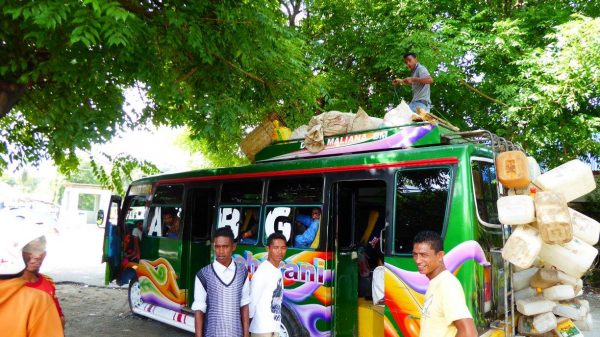 “Passing a stall, I saw a good-sized parrot fish, and at once decided to stop and try it. While they were cooking the fish (which took an hour and a half) I listened to a couple of podcasts.
Well, the coffee alone was worth the wait – never mind the fish. The lady who ran the stall outsourced the first job: she phoned her daughter and told her that a Malay (tourist) was here, and she needed her to scale and clean the fish. In the absence of bottled or tap water, the girl had to grapple with a powerful, twisting snake of a water hose. After at last mastering this, she sprayed some water into a bowl and (none too happily) set about cleaning the fish. Meanwhile, her mother lit the fire and, after observing her daughter’s efforts, took over the job of cleaning the fish. After it had been gutted and scaled, the fire did the rest. The taste was out of this world! The twisted palm leaf contained some cooked, spiced rice. It was a feast fit for a price, and for a price which, elsewhere in the country, wouldn’t have got me more than a bowl of fried rice.
The end of the story is that the daughter, after a job well done, decided to take a bath.” (2018) 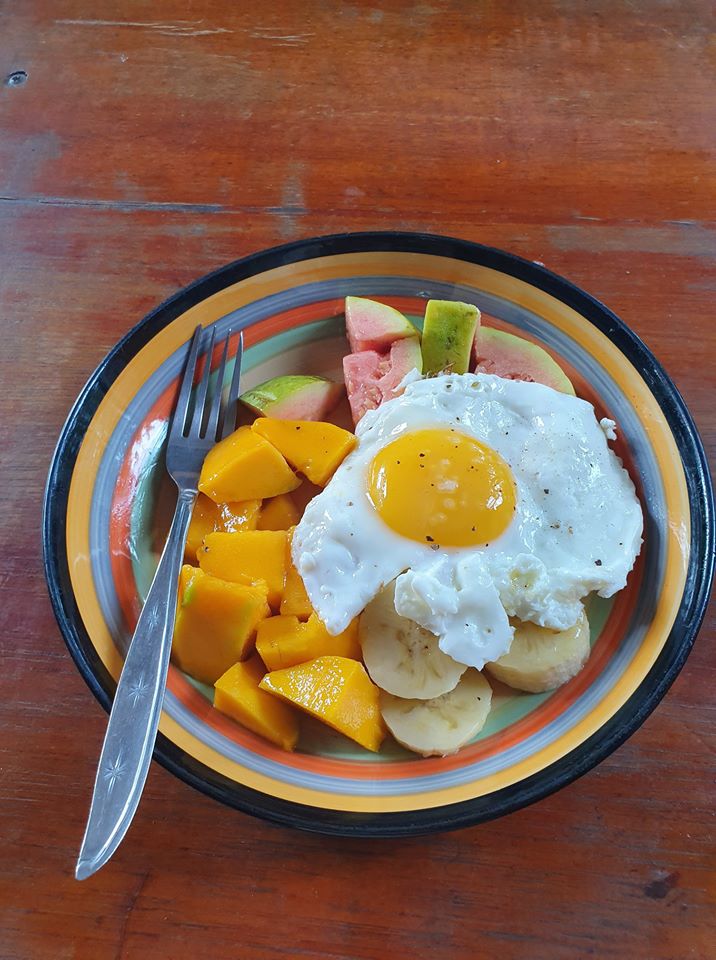 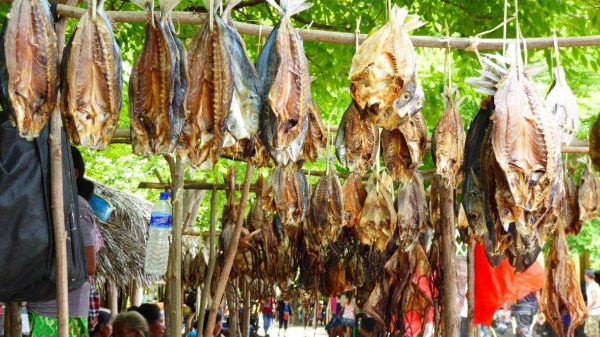 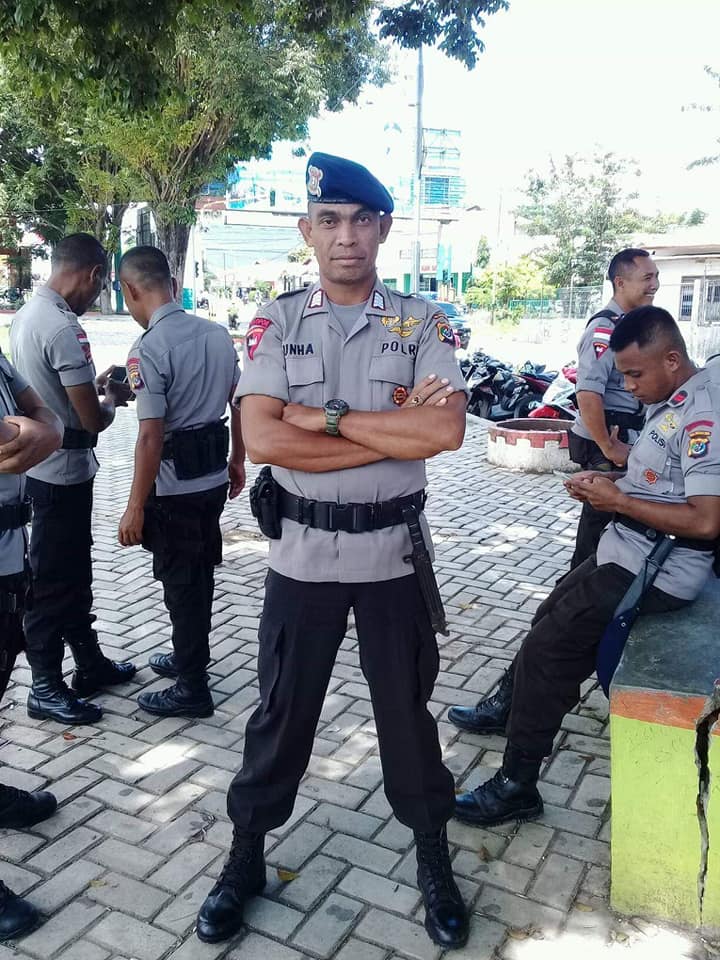 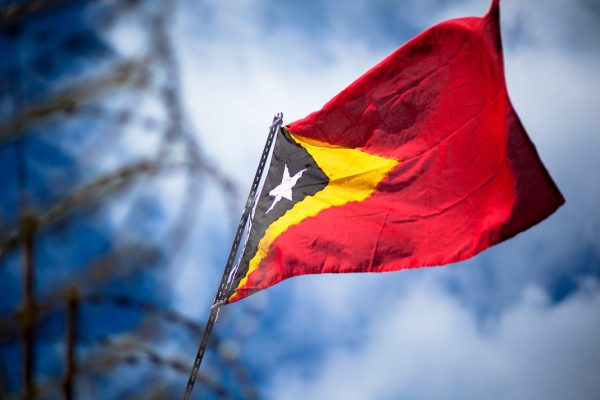 East Timor (or lately: Timor-Leste) is the youngest state in South East Asia: it gained its independence in 2002 only. That country is located on the eastern part of the Timor Island, which geographically belongs to the Lesser Sunda Islands. The western part of Timor is part of Indonesia, which used to occupy East Timor (1975-1999), a former Portuguese colony. East Timor is located 640 kilometers (397 miles) northwest from the Australian city of Darwin.

‘Timor’ comes from the Malay word ‘timur,’ meaning east; that means that when the country was formerly known as East Timor, it was actually called ‘East East’ when translated.

Locals smoke and drink a lot.

Official languages: Tetun (or Tetum) and Portuguese (the country first gained its independence from Portugal, in 1975)

East Timor is a parliamentary democracy.

Public safety: so-so – The primary cause for criminal activity (mostly at night and in the capital) is poverty.

East Timor is one of the poorest countries in South East Asia. Still, even slum-dwellers use smartphones. The presence of oil in the Timor Sea may bring important revenues to the country.

East Timor tourism is still “off the beaten path.” No matter where you go in this tiny and friendly country, you won’t have to fight huge crowds. Everything is still genuinely free of tourist traps. 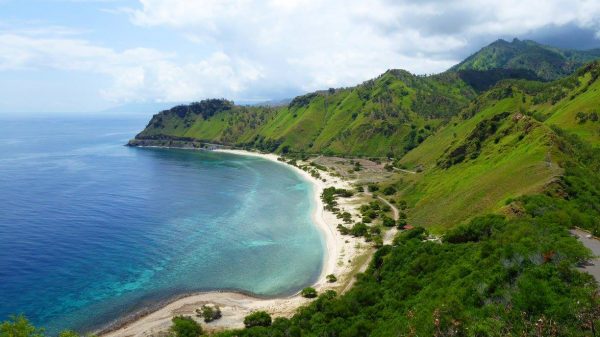 “Arriving in Dili, even after Indonesia, was a bit of a culture shock. I hope I don’t offend, but the first word that comes to mind when I think of Dili is ‘dilapidated’: the taxis, buses were without exception covered in rust, as was practically every vehicle on the road, and many seemed held together by nothing more than a prayer. Poverty strikes visitors wherever they look, and it is telling that the country has no currency of its own, but simply uses the American dollar.

I note as a point of interest that I never saw a school which hadn’t been constructed by some outside aid agency (not that I made a point of looking for schools, but it’s still striking).

The people, on the other hand, are extremely kind and welcoming – just like almost everywhere in Southeast Asia. Dili and its surrounding villages have a lot of character, which is surprising given the city’s small size – both in population and surface area.

“Primary education in East Timor leaves a lot to be desired, and many children don’t go to school at all. Not because of a lack of money, but simply because they don’t feel like it – they’d rather sit in the shade and smoke cigarettes. Wherever you go in East Timor, you won’t see any excess of hard work.

Timor is not particularly blessed with raw materials. They can grow water-spinach and sawi, which is a leafy green a bit like chard. These are tossed into hot water and cooked with rice and a pinch of salt. This is eaten pretty much every day, unless it’s a special occasion.

At many markets the unit of measure is not the kilogram, pound, liter or ounce, but rather the bucket and the bottle: I buy a bucket of fish, a bottle of coffee, etc.” 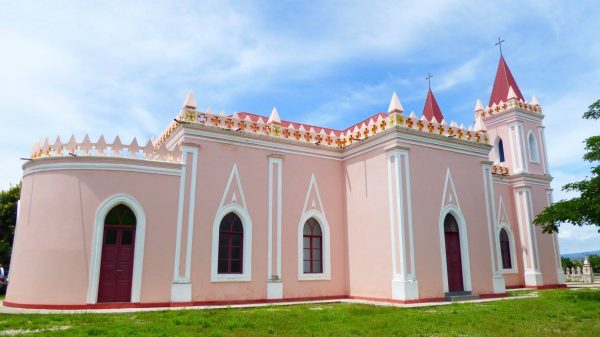