1. In terms of tourist sights and memorable experiences, Cuba is the most interesting island in the Caribbean
2. The rhythm, life and poise of the Cuban people
3. Everyday life in the run-down but bustling streets of Havana’s older quarters.
4. The paladares, or ‘apartment restaurants’
5. The Vinales Valley, especially by horse and cart
6. The Playa Sirena and Playa Paraiso beaches on the island of Cayo Largo
7. The live music joints are fantastic. Real, full-blooded musicians
8. Trinidad. Just the whole place
9. The wildlife in the Parque Nacional Ciénaga Zapata
10. The tropical dream world of the Baracoa

1. You have to feel sorry for the Cubans, who deserve better
2. Fine dining hardly exists, and Cuban cooking is nothing special. The hamburgers in particular are gross
3. Varadero must have been much more exciting once. Now it’s all industrial
4. A lot of guys on the street trying to make friends with you with obviously ulterior motives
5. Tropicana doesn’t taste that great to me. At least not when you compare the quality to the price
6. The mediocre quality of the cigars (at least if you buy them illegally on the street)
7. The public safety situation in certain parts of Havana is not particularly reassuring
8. I worried about the stinging jellyfish in the sea (the kind here look like inflated blue condoms)
9. The terrible condition of the hire mopeds
10. Getting sunburned in the dangerously intense sunlight
11. The constant obligation to give tips

“What can the visitor to Cuba expect?”

Cuba is much more than white sands, turquoise waters and palm trees. This is perhaps the only Caribbean island with a major historical past. The heady scent of rum and cigar smoke, the bittersweet strains of Cuban music and the diversity of the local inhabitants all captivate visitors, until before long they’ve completely forgotten the European winter. There is one thing you must leave behind: Your comfort zone. I wouldn’t be too eager to recommend Cuba to novice travelers, unless they’re planning to spend the time lounging by the pool in an all-inclusive resort…

As of today, the country is still a socialist state. The influence of state control and shortages are visible everywhere, from shop shelves to restaurant tables. One universal characteristic is that there’s less choice of, for example, groceries, than we’d be used to – and locals may have limited access even to what there is – while a lack of ingredients mean that restaurants are simply unable to offer a wide range of options on their menus.

Poverty is widespread throughout the country, which sometimes leads to circumstances which are simply unimaginable for us. The roads – that is, the few that there are – are in extremely bad condition, and even the major highways are used by bicycles, horse carts, and any other kind of vehicle, in addition to cars and buses. The buildings are also often run down, and in Havana it’s by no means rare to see a house that has collapsed in on itself.

Of course, they do aspire to become a more popular tourist destination, so some may be lucky enough to find more modern accommodation, but don’t expect European levels of quality or service in hotels. (2019)

What separates Cubans from other Central American countries is the strength and attitude they possess. In contrast to the inhabitants of many other Latin American nations, the Cubans don’t really complain or grumble about everything. This doesn’t mean they passively go along with everything, but they live their lives as best they can. This is a common exchange among them: “¿Que bola mama, como va la cosa? (Hey mom, how are things?) to which she replies “Pues aqui, luchando (Well, we’re here, struggling).

They work tremendously hard (the ones who work and don’t live off the state, I mean, or remittances from their relatives in Florida). One retired lady I know cooks food every morning, then wraps it in paper and sells it through her window to passers-by, to earn a little money to supplement her pension. Banana chips in a paper pouch are three pesos. Rice and meat is 10 pesos.

The Cuban character, attitude and friendliness are worthy of respect. They call everyone mi amor, my love, and they send kisses to everyone’s family – even if they’ve never met them.

Their creativity and ingenuity are simply staggering, because in Cuba its practically impossible to buy anything new (either because the price is outrageously high, or because it simply isn’t to be found). Instead they find creative solutions for all manner of problems, and reuse things over and over. Nothing is ever thrown away. Instead, things are transformed, repaired, or turned into something totally new. There’s no waste as such, because there’s no opportunity for it. And they never buy anything they don’t need. We, by contrast, throw our money away on frivolous things, just because the price is low.” (2020) 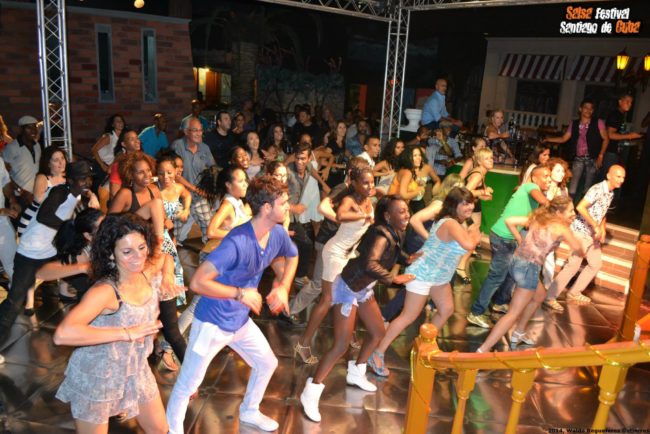 “What should you bring?
Money. A lot of money. Cuba is more expensive than you’d ever guess. You can try to be smart, and buy the things you can get for the cheap local peso, but this is only possible for a very limited number of articles. Street pizza, city transport – including the converted trucks that are used as public transport in downtown Havana – and extremely simple family-run canteens. That’s about it.
Tickets for the intercity bus can be paid for only with the Cuban convertible peso, or CUC$, and that’s true of most other things too.
Don’t trust ATMs much. Maybe you won’t have any problems, but when I tried to use them, they always seemed either out of order, or for some reason or other they wouldn’t accept my card. Impossible to find out why.

Payment by card is only possible in the most exclusive hotels. I decided to rely on cash, which I kept in a fanny-pack strapped around my middle, and this became my bank. When I wasn’t wearing it, I kept it in a code-secured safe in my hotel. In addition to this, I had two small wallets, one for the local peso and the other for the convertible peso, the cuc. It wasn’t as complicated or time-consuming as it may appear.

I changed money as and when I needed it, and never carried too much cash with me at any one time. The reason I had two separate wallets was that it’s easy to mix up the two kinds of currency, and that’s when you start to run into real problems. 1 cuc = US $1. 1 cuc = 25 peso. You can exchange money everywhere, at an institution called Cadeca. You’ll probably have to stand in line for 10-25 minutes, but at least it isn’t dangerous, and you can meet locals while you wait. That’s what I did.

What shouldn’t you bring?
Laptops, etc. There’s no internet which is reliable and easy to use. It’s possible to buy an internet card, type the code into your phone, then look for a Wi-Fi zone (in downtown areas etc.) but it’s never free, and you’ll be lucky if it works as described. If you’re hoping to google stuff, and scroll through pictures on social media the way you would at home, then forget it. Broadband is an unknown concept to ordinary Cubans. Wi-Fi zones have only existed for a couple of years – before that it was completely impossible to get online. So let’s be grateful it exists at all.” (2017) 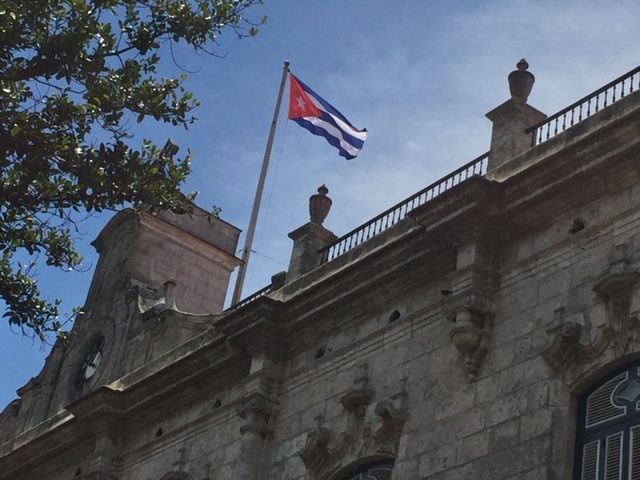 Cuba is an island country in the northwest area of the Caribbean Sea.

165 kilometers (103 miles): the closest distance between Cuba and Florida

Cuba is the largest of all the islands in the Caribbean.

At 99.8%, Cuba has one of the highest literacy rates in the world.

Official currency: the Cuban monetary system is particular since there are two official currencies: The CUP (Cuban Peso) and the CUC (Cuban Convertible Peso). As a traveler, you’ll basically be using the CUC only.

Blowing your nose in public is considered to be extremely rude. As a result, you can hear a lot of annoying sniffing sounds. 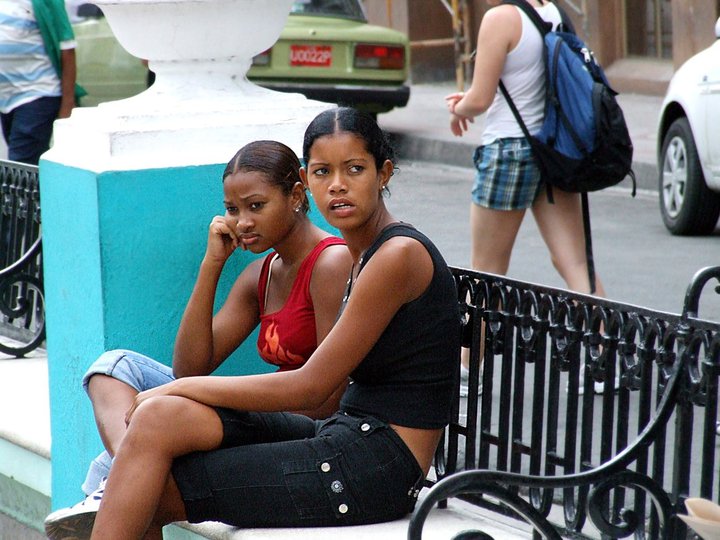 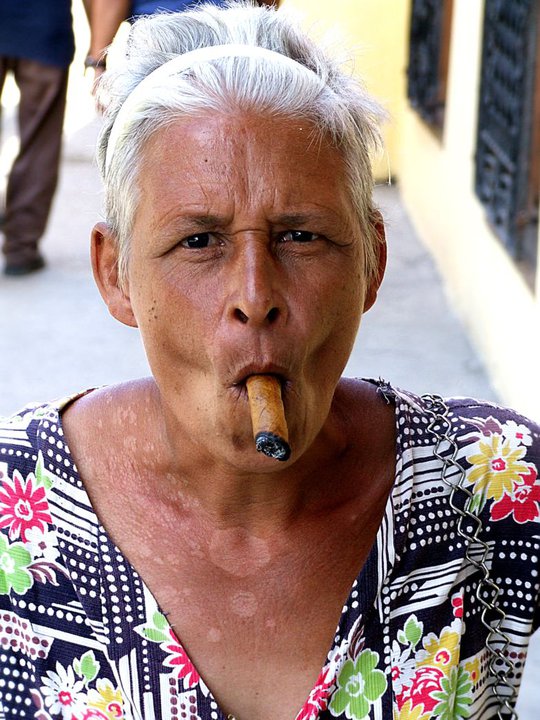