1. A peculiar experience to see that showish opulency

4. The colorful variety of spices in the Tamu night market

5. Their biggest mosque (the top end is fine gold) nicely lightened in the night

6. The capital city is even cleaner than Singapore

7. One of my favorite fruit is the rambutan and Bhutan has plenty of it.

8. A fun program to visit the sea village with its small bridges, canals, and wooden piers

10. It’s worth visiting for a day on the twenty-two minute flight from Kota Kinabolu

1.  Not interesting for a beach vacation, as the coast is muddy, full of mangrove forests and swamps, the acceptable beaches are artificial

2.  The cultural experiences offered to the visitors are mainly the show about the country’s richness and that is not necessarily likable

3.  The visitor may feel that the Sultanate does not need the tourism revenues, oil production makes them rich anyway.

4.  Difficult to find taxis except for the hotel entrances and the airport

6.  Upon arrival at the airport, we changed our USD on a very bad exchange rate (our fault)

7.  The capital city is too calm, everyday life is a bit boring - the mall is the only place with some action

8.  Non-Muslim can not visit the palace of the sultan (Muslims only twice a year)

9.  No nightlife, bars pubs in Brunei (true, we knew that in advance)

10. Non-Muslim tourists can only get a drink at hotels and certain restaurants

11. Not everyone benefits from the country’s oil wealth 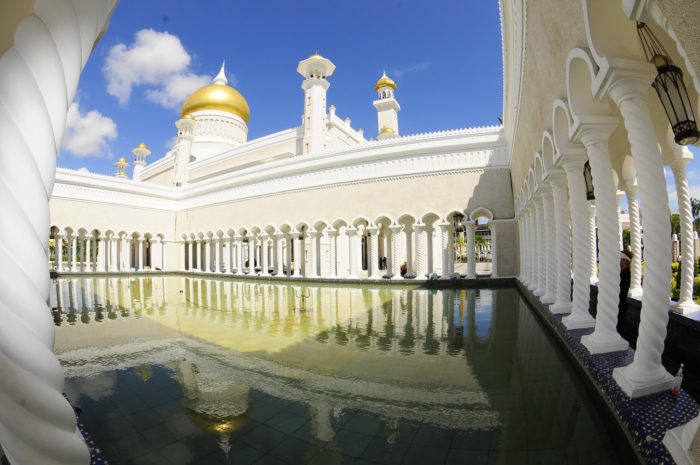 “The mall was generally the only place with any life – otherwise the capital wasn’t just quiet, it was practically dead. In other cities the Chinatown at least is guaranteed to be bustling and colorful, but here even the 10% minority of Chinese descent were impossible to detect.

In terms of GDP per capita, Brunei is one of the five richest countries in the world, but according to the UN’s annual human development index report, it only just pips Hungary. Even of this I’m not convinced: Sure, public safety is good, nobody starves, education and healthcare are free, and almost everyone seems to have a fancy car, but this is still a brutal Islamic dictatorship, and socially it remains almost as conservative as, say, Saudi Arabia or Afghanistan. I’m very glad to have visited Brunei, and even more glad not to live there. (2018)” 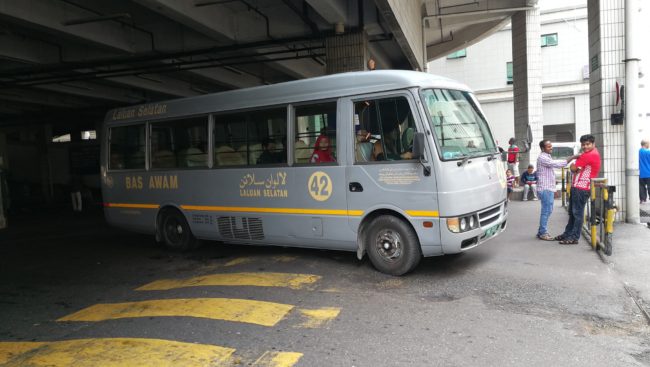 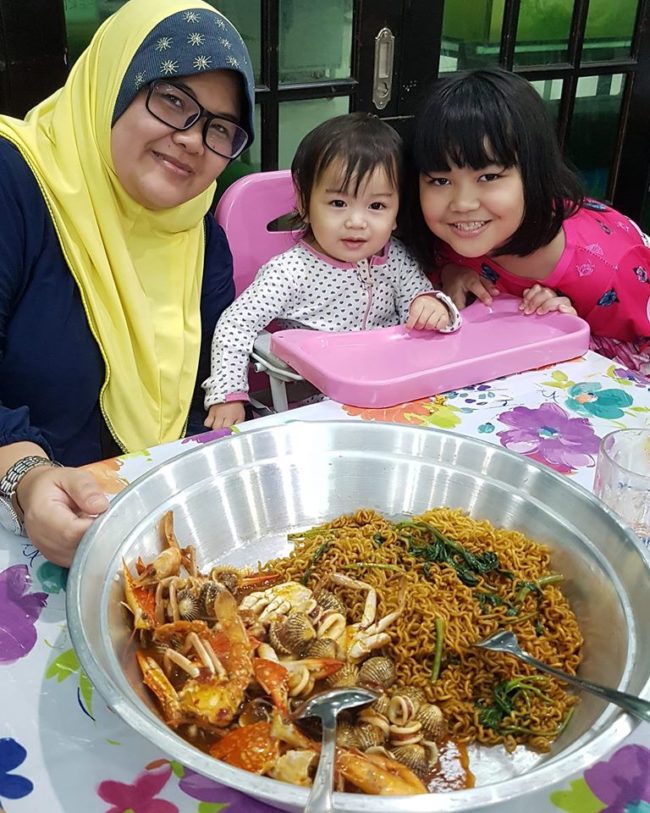 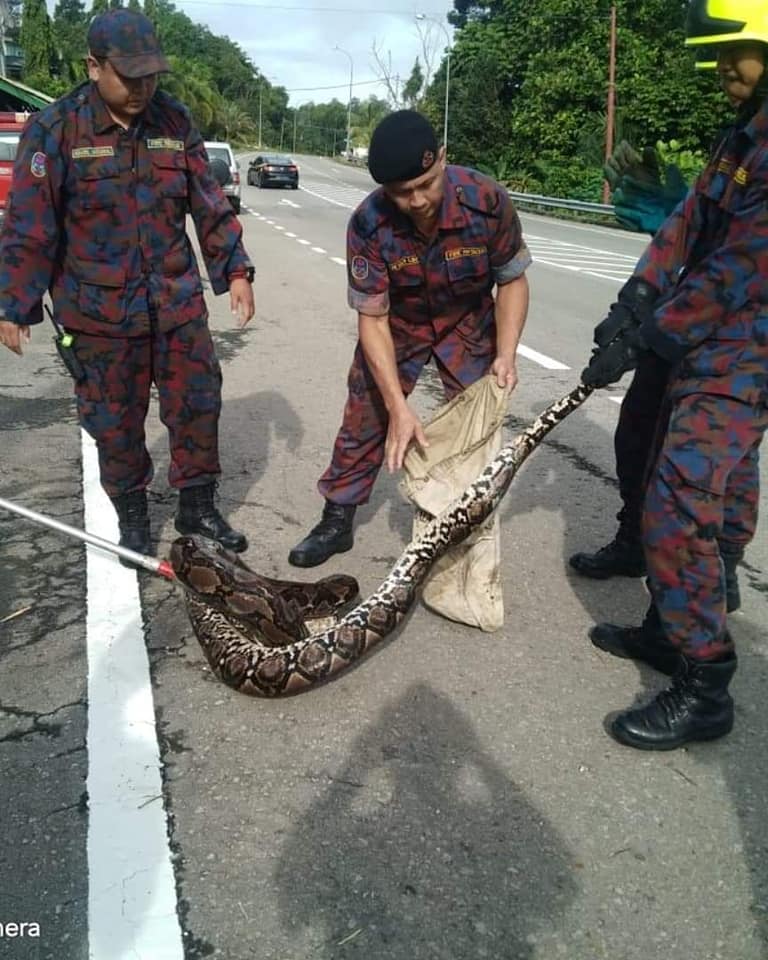 Brunei - arrest - could not slip out of their hands - b.c. photo 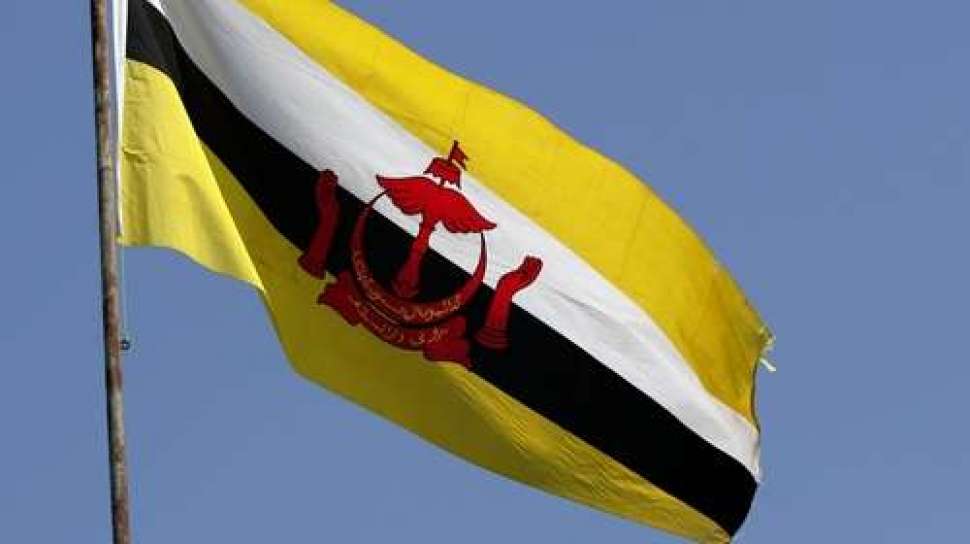 Brunei is a tiny Southeast Asian country on the island of Borneo, surrounded by Malaysia from all sides except its northern coast on the South China Sea.

Official language: Malay – but the use of English and Chinese is widespread. Brunei was a British colony until 1984.

Brunei is a sultanate, an absolute monarchy, the Sultan being the country’s head of both state and government.

Brunei is a safe destination for tourists. Its strict laws discourage potential criminals.

The sale of alcohol is prohibited but non-Muslims (infidels) are allowed to consume alcohol in private (in hotels and some restaurants). They are also allowed to bring a maximum of 2 bottles of liquor and 12 cans of beer to Brunei.

It doesn’t make sense to plan for a longer stay than one day. The 12,000 tourists who visit the country each year do not spend more than 1-2 days there. Visiting Brunei is usually combined with a trip to the Malaysian part of Borneo (Kalimantan).

With a similar price level to that of Singapore, Brunei is rather expensive.

There are few worthy natural must-sees and even those are more interesting in Malaysian Borneo. Still recommended: jungle tour in the Temburong area

The main tourist sights are in the capital:

Jame Asr Hassanil Bolkiah Mosque, Royal Regalia Museum, Omar Ali Seifeddine III. Mosque (one of the biggest mosques in Southeast Asia), Hassanal Balkiah Aquarium, the incredibly big palace of the Sultan (to be admired from outside only) and Kampong Ayer, the world largest floating village 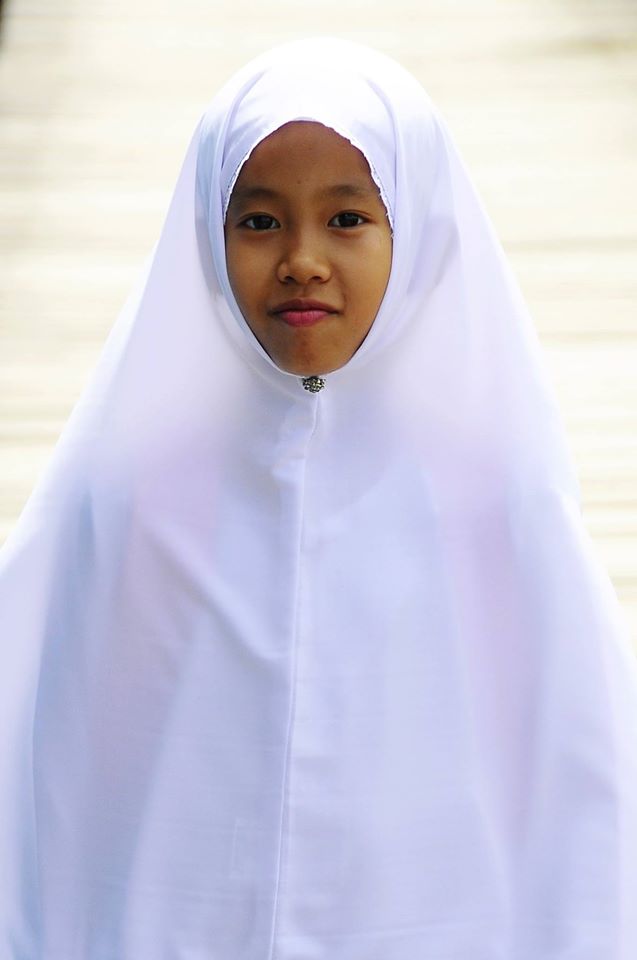 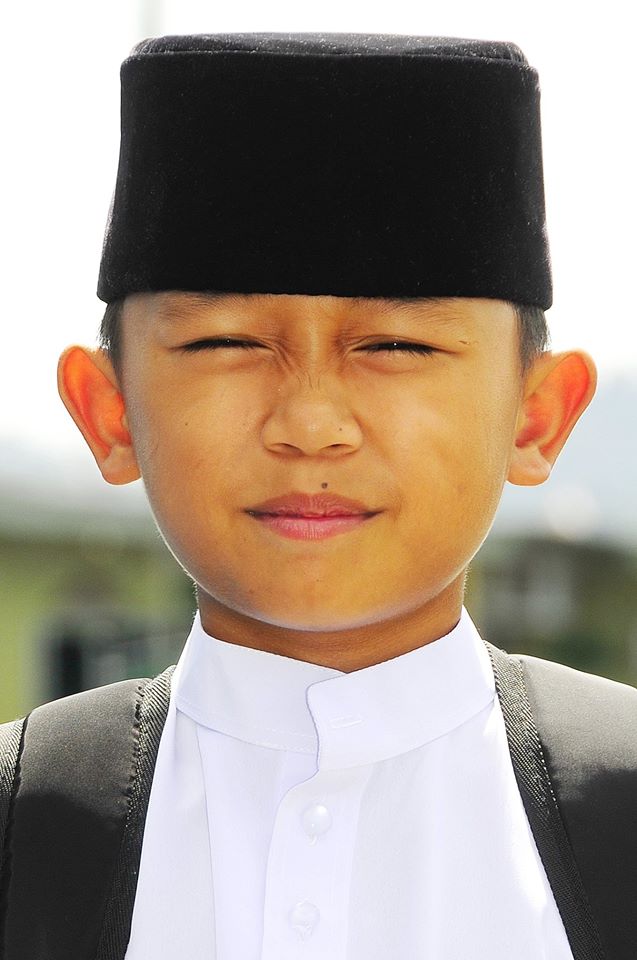 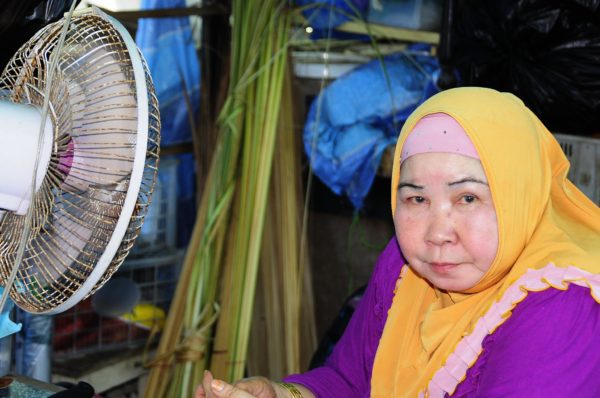 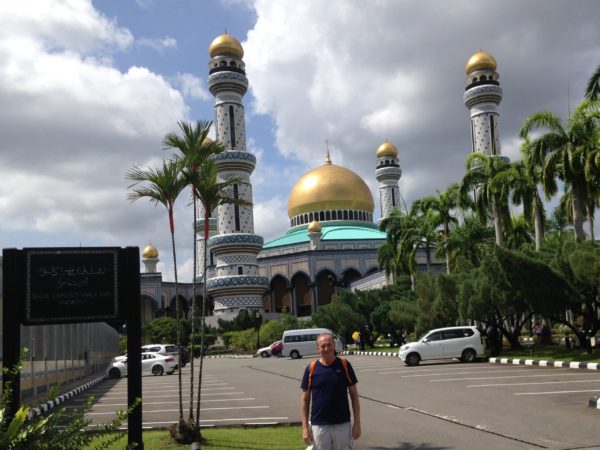 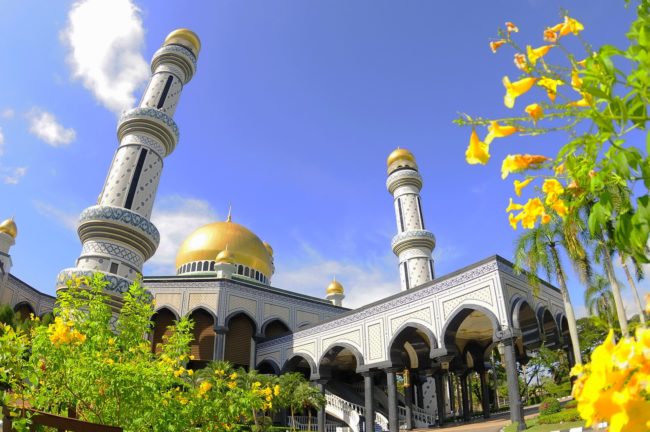 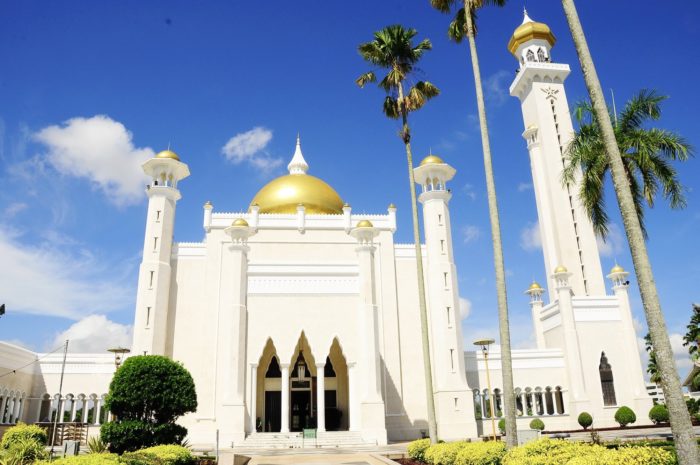 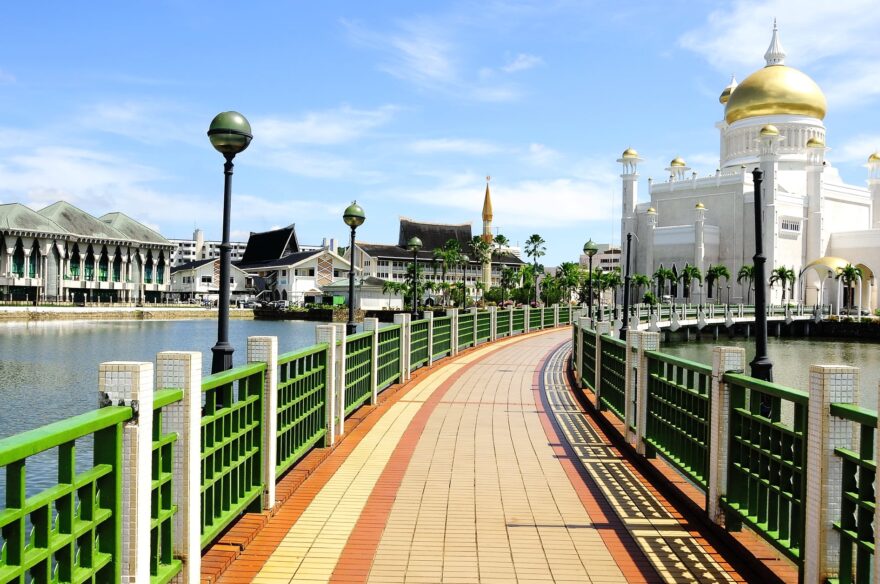 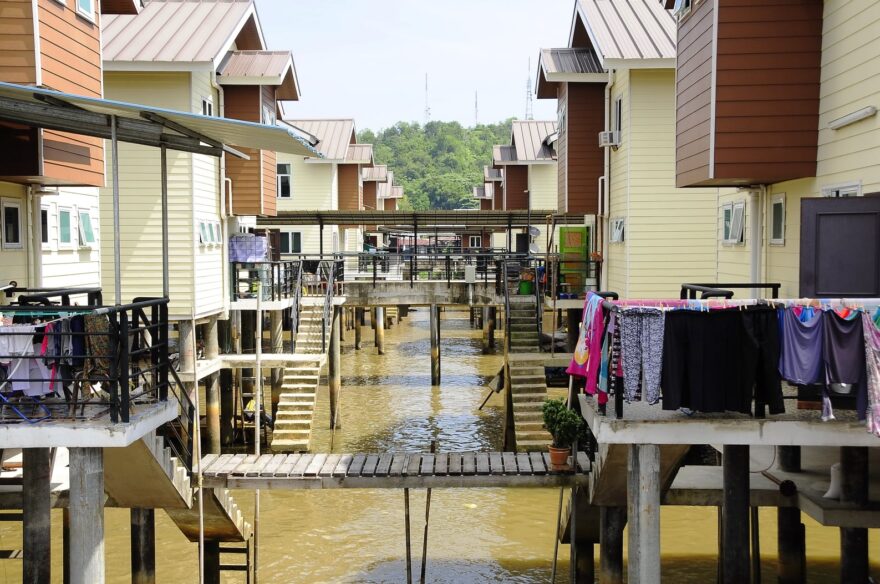 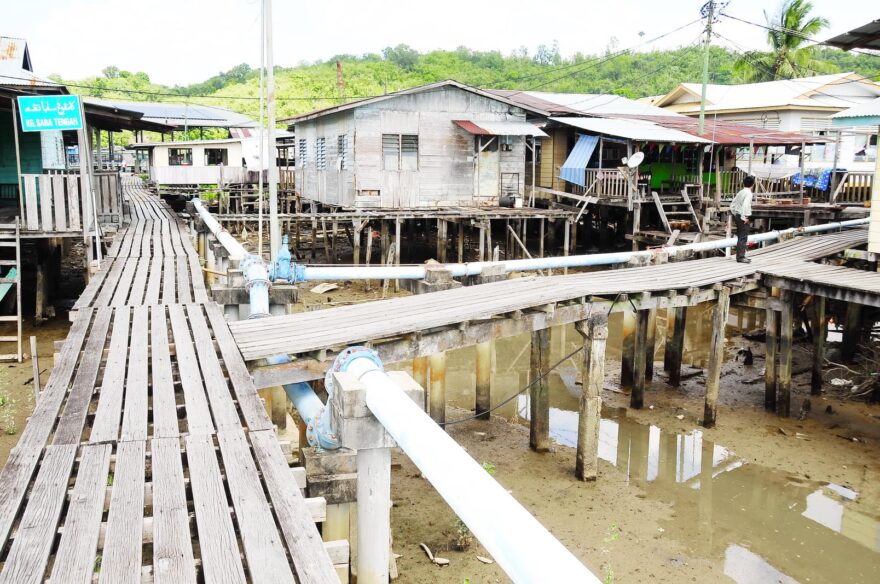