1. Amazing colors, odors and sights at the central fruit and vegetable farmer’s market in the capital
city, Thimphu
2.  The journey from Paro to Phuentsholing, on a road winding through forested hills
3. Almost all buildings were built in the traditional folk architectural style
4. Magic, mysterious, exciting landscapes
5. Learning about Vajrayana Buddhism, which determines all aspect of Bhutan’s life and ensures
very strict traditionalism
6. The dzongs, these fortress-like Buddhist monasteries, which for the most part are incredibly
imposing. The Taktsang Pelphug monastery complex is a must-see – the emblematic sight of this
country
7. Interesting to see the deep respect for the royal couple
8.  Clean and orderly – a huge contrast to India
9.  Dochula pass
10. The entire country is like a living museum

1.   The discomfort and loss of time because of weak tourist infrastructure

2.   Sleeping problems because the dogs were barking all night long

3.   Feel sick on the curly mountain roads, dizziness in the high-altitude air

6.   The obligation to organize everything by a local travel agency

7.   We missed a big religious festival which was taken place int he capital 2 days before our arrival

8.   They have very prude laws, nevertheless, they sell all kind of phallus souvenirs

9.   The complicated process of entry permission

10. Strict rules about what kind of uniformized clothes the local people have to wear

We were blown away by the level of culture we found when we entered the country and how much cleaner and more orderly it was than its neighbor India. I felt like someone released from prison into the fresh air. This feeling only intensified when I saw our tour guide and minibus, which would lead us on our travels for three days. Our guide wore the kimono-like national dress known as a ghu, and it turned out that this is obligatory for all civil servants (travel agencies are also controlled by the state). The ladies’ outfit (or kira) is quite different from the men’s but is equally uniform and obligatory. The only difference between one outfit and the next is the pattern of the material, but there is complete freedom when it comes to footwear – it was funny to see neon-green sneakers peeking out from under the elegant, traditional dress. I have to say, though, that I did feel some stubborn, liberal antipathy to all this, remembering how much I hated my uniform back in high school. 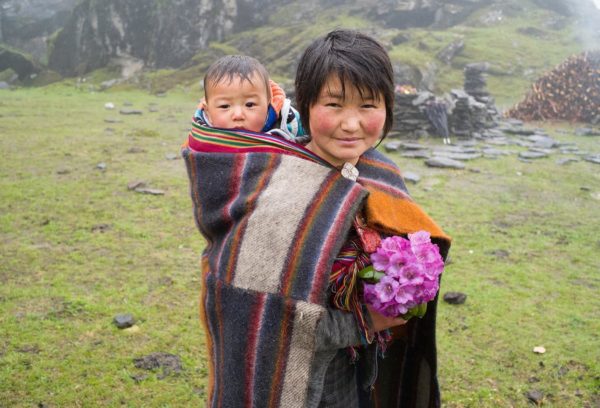 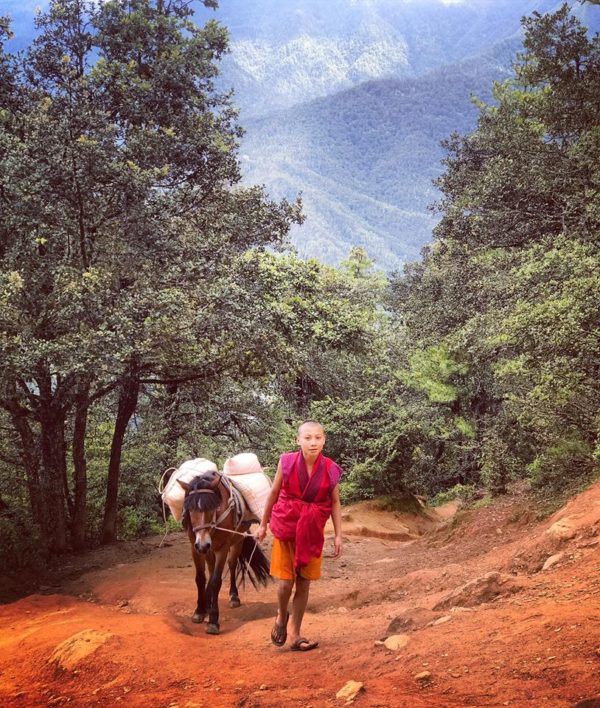 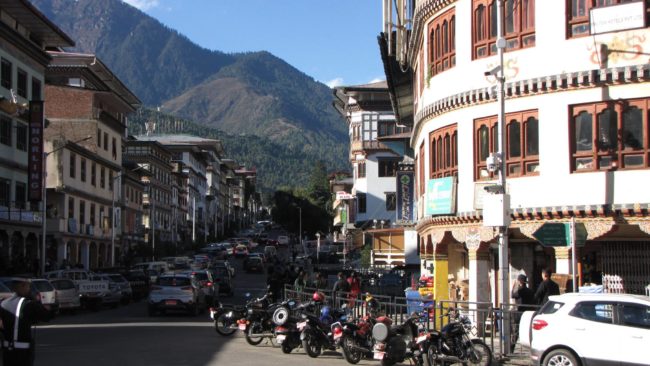 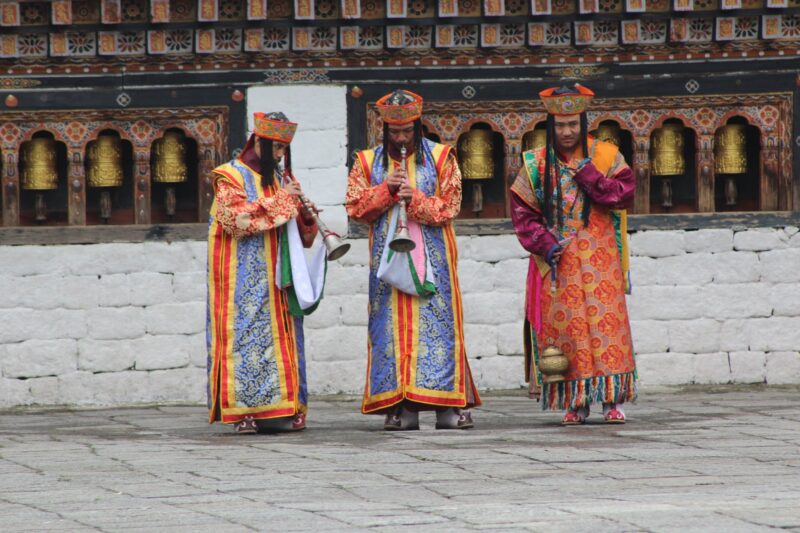 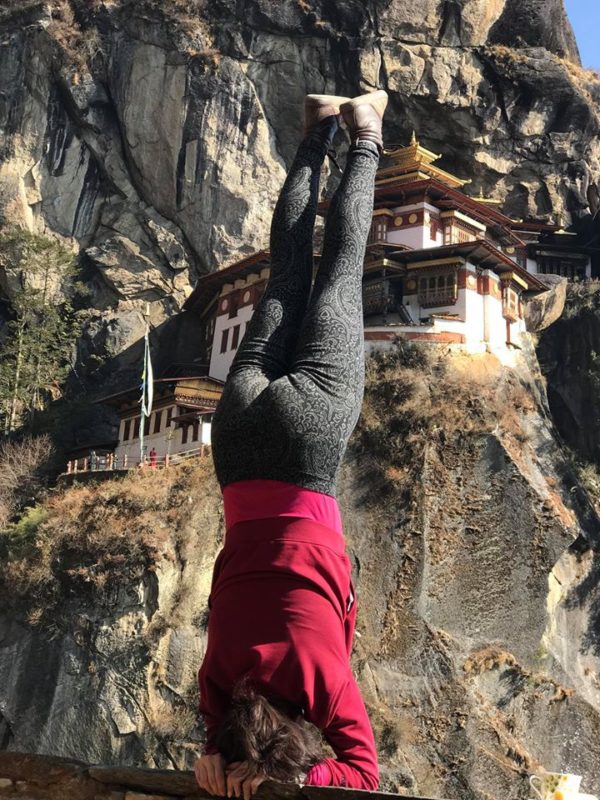 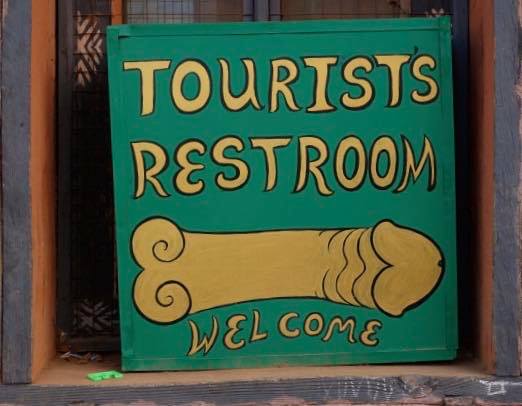 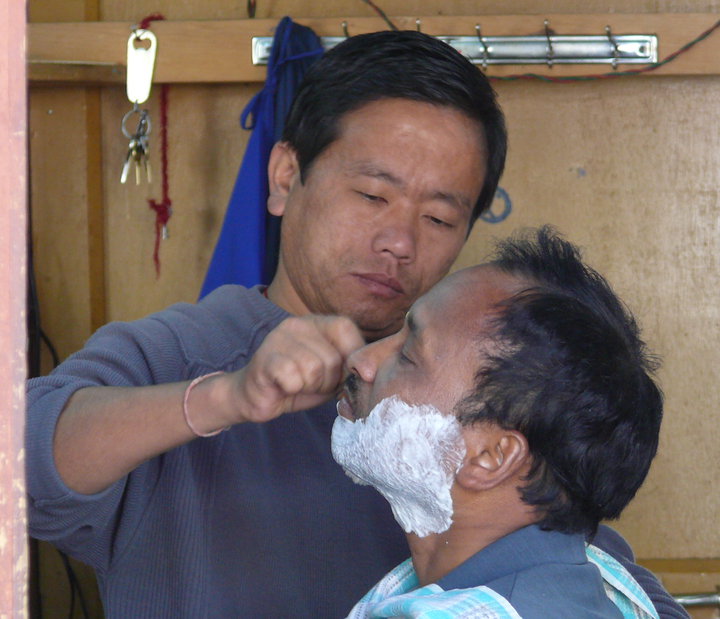 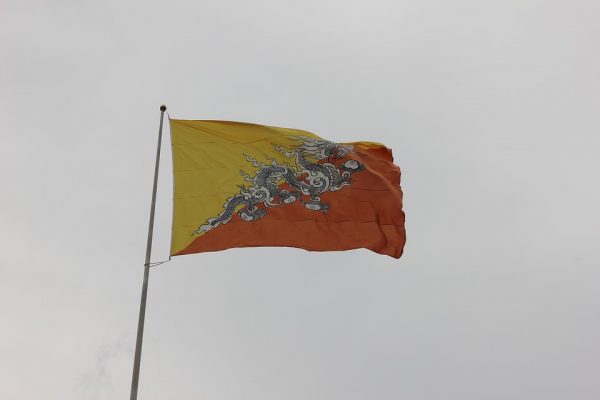 75% of the population is Buddhist.

Bhutan is a kingdom, a constitutional monarchy with a parliamentary form of government. The young royal couple enjoys the deepest respect and love from the local population.

Bhutan is a perfectly safe country for visitors. Bhutan is the only country in the world where the sale of tobacco is totally forbidden.

No compulsory vaccination for entry.

Optimal timing of travel: between October and March. Some say October and November are the best. A visit can be risky between June and September because of the severe monsoon period.

These are the most significant tourist sights:

Thimphu, the capital city, with its vast fortress

You will need a passport and visa to enter and exit Bhutan. Visas are only issued upon arrival. You must however apply in advance through a tour operator and receive visa approval before you travel. Keep a photocopy of your passport visa pages and flight ticket separate from the originals when traveling throughout the country.

All visas are approved by the local authority in Thimphu and are only issued to tourists booked with a locally licensed tour operator, either directly or through a foreign travel agent.

People in Bhutan are deeply religious and traditions are highly respected, including strict regulations honoring religious rituals, customs and the traditional way of life.

Given the strict puritanism of the authorities on moral issues, it is somewhat surprising to see objects like wooden penises (mostly way longer and thicker than the real thing) sold in many souvenir shops. Visitors can also see large penis-shaped fountain taps and are happy to take photos of fellow travelers or locals swallowing water from it with great gusto. 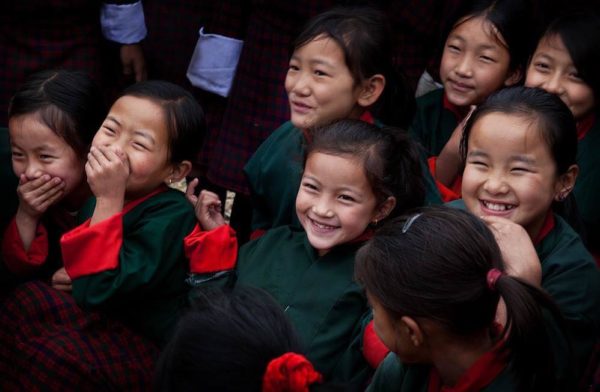 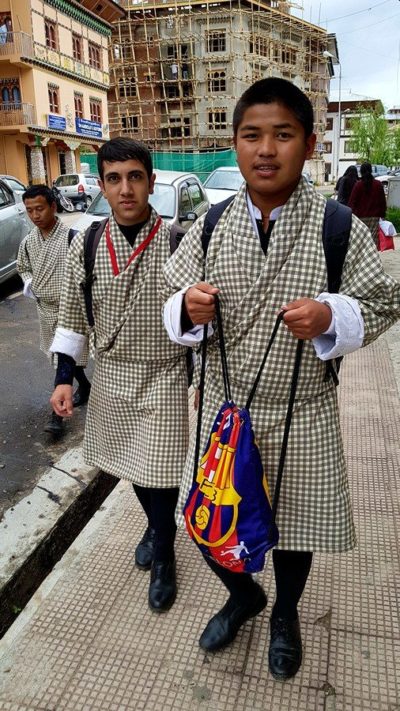 Bhutan - young men (one of them has a FC Barcelona bag) 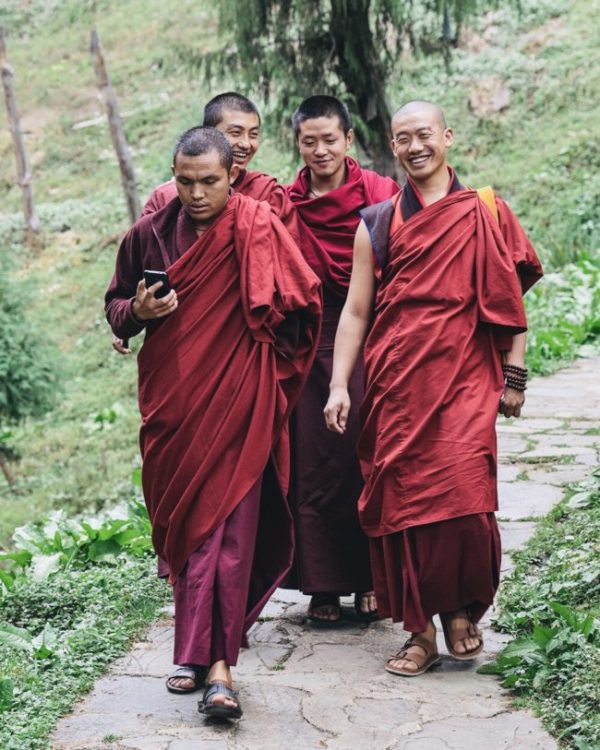 Bhutan - iPhone is a must 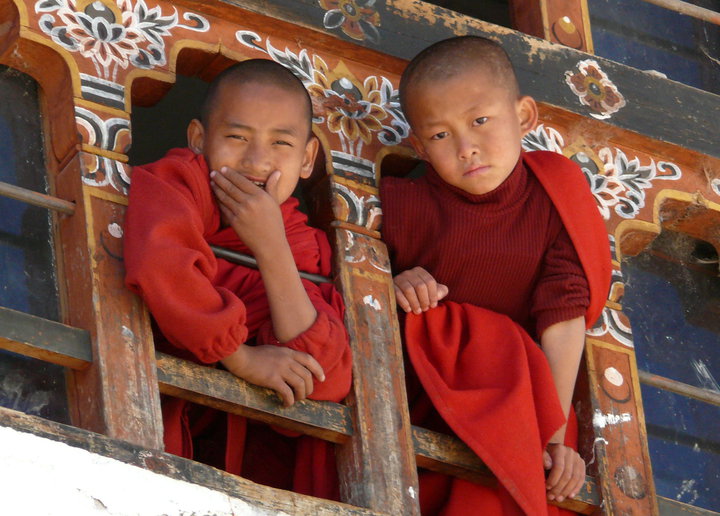 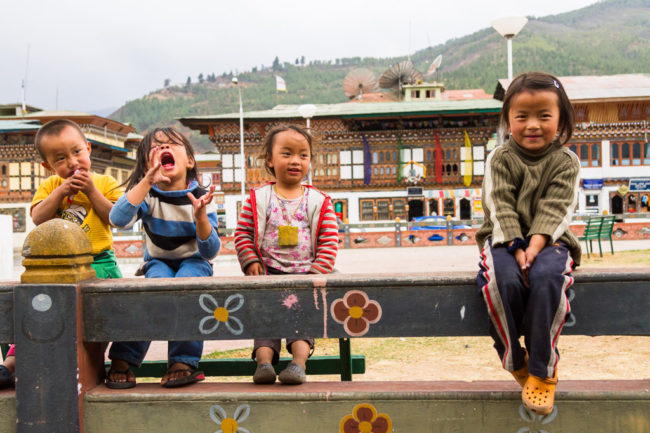 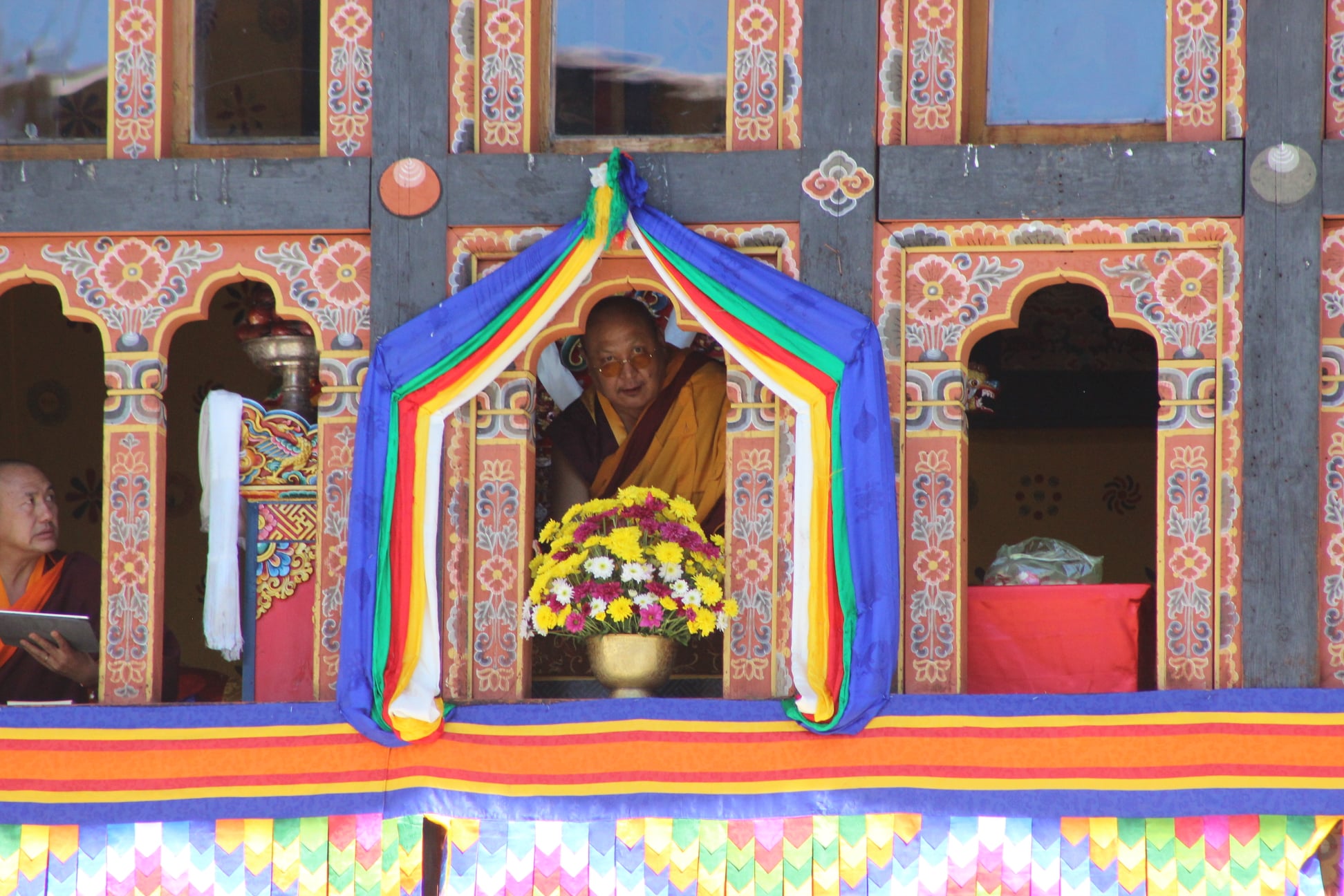 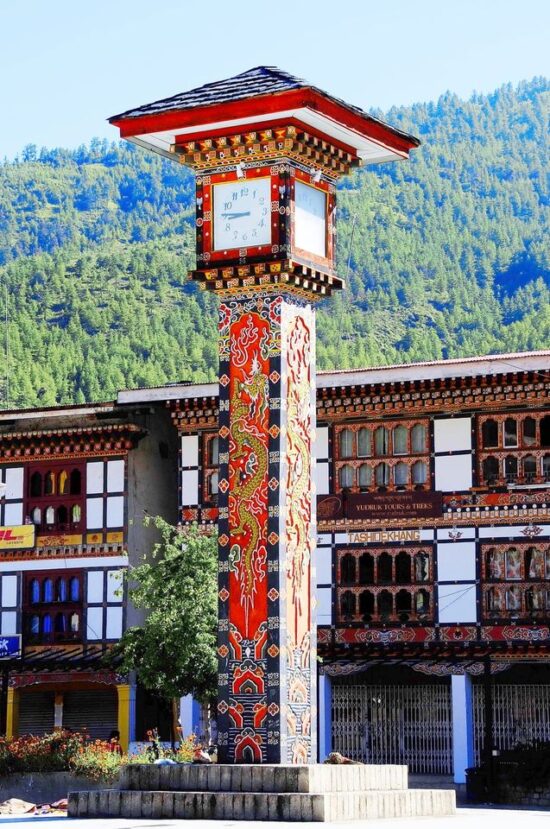