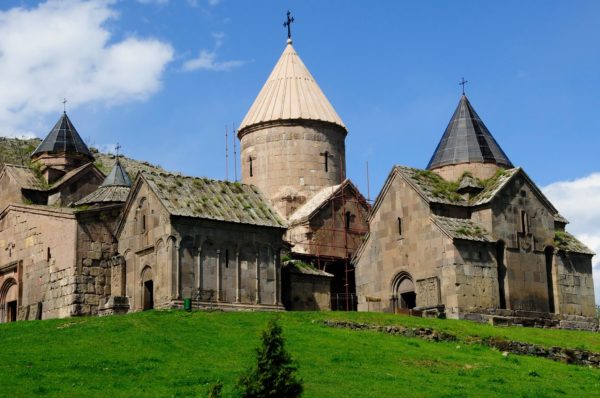 1.    Yerevan in the evening light
2.    Nowhere have I eaten such delicious apricot, the fruit in general is very tasty 3.    Armenians are extremely hospitable and friendly, and their body language is delightful
4.    The early medieval churches
5.    The impressive panorama of the Ararat mountains in neighboring Turkey, seen from Khor Virap in Armenia
6.    The supermarkets are surprisingly well-provided with a wide array of products, including international brands
7.    The deep turquoise-blue of Lake Sevan

8.    Dilijan has an almost Swiss character

10.  See the diversity of the Caucasus mountains and drink tea in caves

1.    The ugly heritage of Soviet-era architecture in Yerevan
2.    Few hostel-like accommodation, most hotels are spartan
3.    I was in a blue funk on the world’s longest cable-car

4.    It’s complicated to move around within the country
5.    There is a feeling of tension in border areas, because Armenia has serious problems with certain neighboring countries, especially Azerbaijan
6.    Medical care is very poor, so you’d better avoid getting ill or having an accident
7.    Unlike the apricot wine, I didn’t like the apricot vodka
8.    Etchmiadzin, The ’Armenian Vatican’ was a disappointment
9.    Risky to take a taxi (Taxify or Yandex are better)
10.  All world-famous Armenians found success abroad 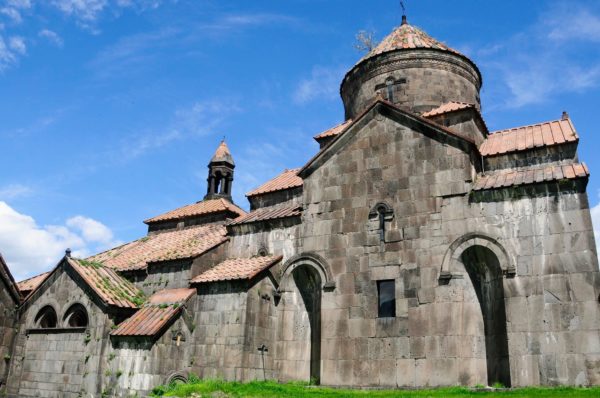 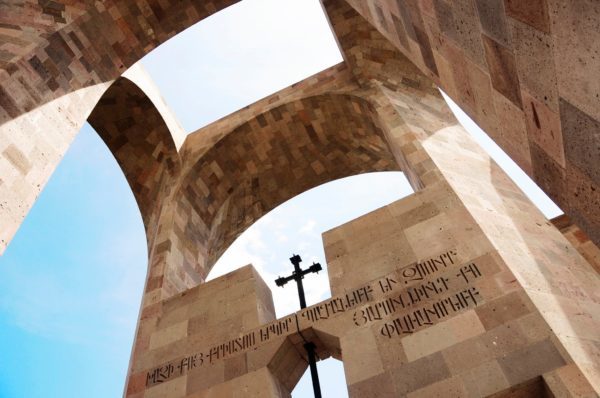 The people of the Caucasus Mountains live almost as though they had just stepped out of Game of Thrones, or as though a romantic novel was being written about them. I don’t say this in mockery, but I do wish to indicate that I was often struck by the moral code – ingenuous, perhaps even naïve, but very strong – which people here live by.

Morals are very important to the Armenians. Ancient traditions live on in the ceremonies of modern, everyday life. So, for instance, they are in the habit of making long toasts before every meal, to the health and wellbeing of their guest. From their deep, throaty language come big words and boundless emotions. The plates of food are equally boundless, with many kinds of cheese, meat and flatbread. Their bearing is proud and straightforward.

When I first visited Armenia I had the feeling I constantly had the feeling of being in a film-shoot: in the gardens by the opera house, roman-nosed knights paraded up and down in spurs, their long, wavy hair blowing in the breeze, beside equally proud and dignified princesses. And this pride is no affectation – there are no prostitutes prowling the corridors of Yerevan’s hotels. An almost stubborn adherence to morality is a defining aspect of everyday life here.”
(2015) 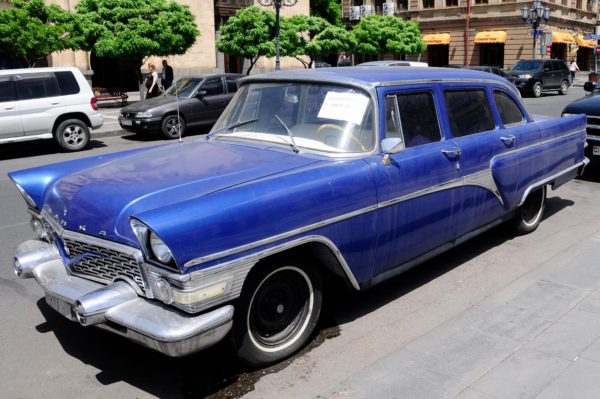 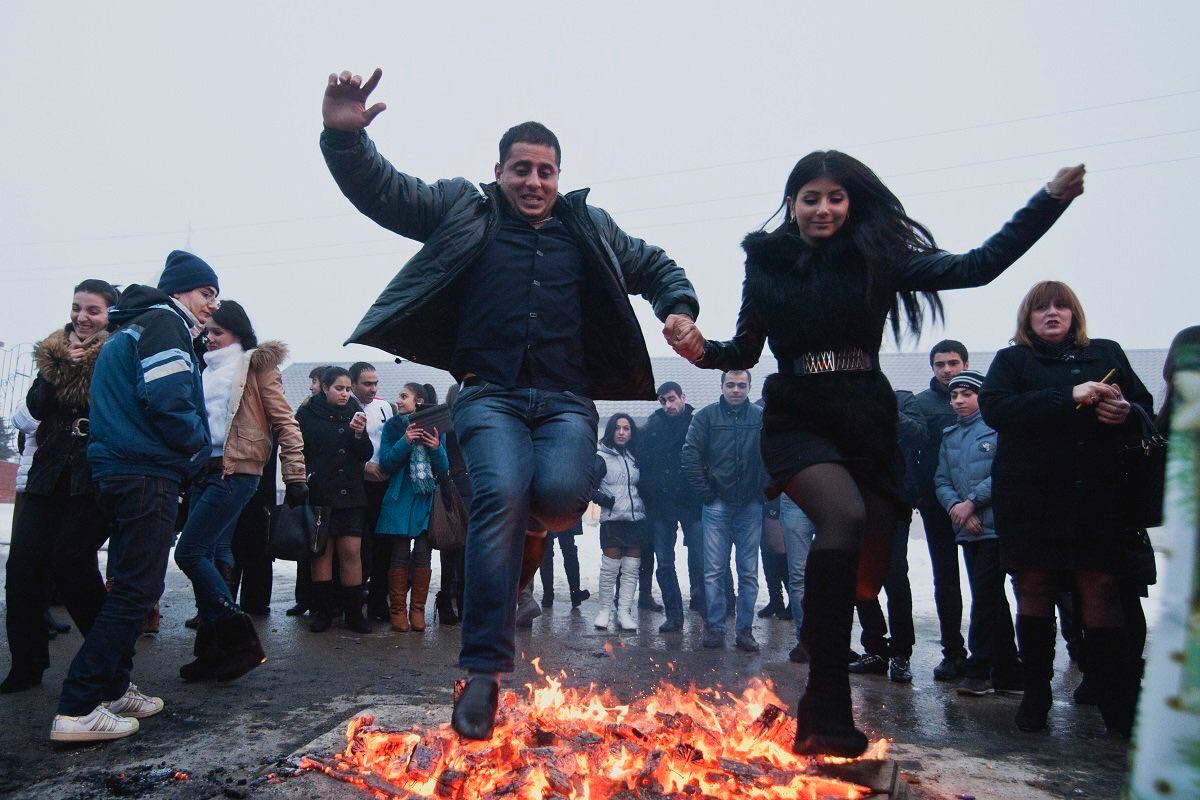 Armenia - disinfection of footwear on fire

Although Armenia is located between Eastern Europe and Western Asia, in the Transcaucasia region, between the Black and Caspian Seas, it is still considered European. The reason for this is that Armenia has strong cultural links to Europe (Christian religion, diaspora, Indo-European language etc.). The national teams of Armenian sport clubs all compete in European championships.

Capital city: Yerevan - one of the world’s oldest inhabited cities, it was founded 29 years before Rome.

Population: 2,9 million (2020) – Armenia is a strongly mono-ethnic country: 98% of the population is ethnic Armenian. The peoples of Armenia and neighboring Azerbaijan hate each other  (this is mainly due to a territorial dispute that has been lasting for several decades already).

Some 5.5 million people of Armenian descent live abroad, more than in Armenia itself.

Language: Armenian - It is an independent branch of the Indo-European languages. Russian is (although not officially) the second most used language, as Armenia was part of the Soviet Union from 1920 to 1991.

Religion: 98% of the population is Christian, affiliated with the Armenian Apostolic Church. Armenia is the second most religious country in Europe (after Romania).

Armenia was the first country to adopt Christianity as a state religion (in the 4th century A.D.)

Safety: Good. Visitors should only be careful to avoid being noticed by pickpockets in Yerevan. 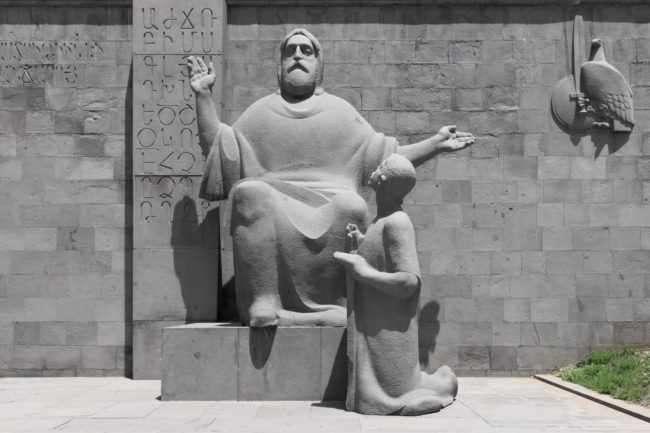 Armenia - Matenadaran (a museum, repository of manuscripts) - statues of Mesrop Mashtots and his disciple Koryun 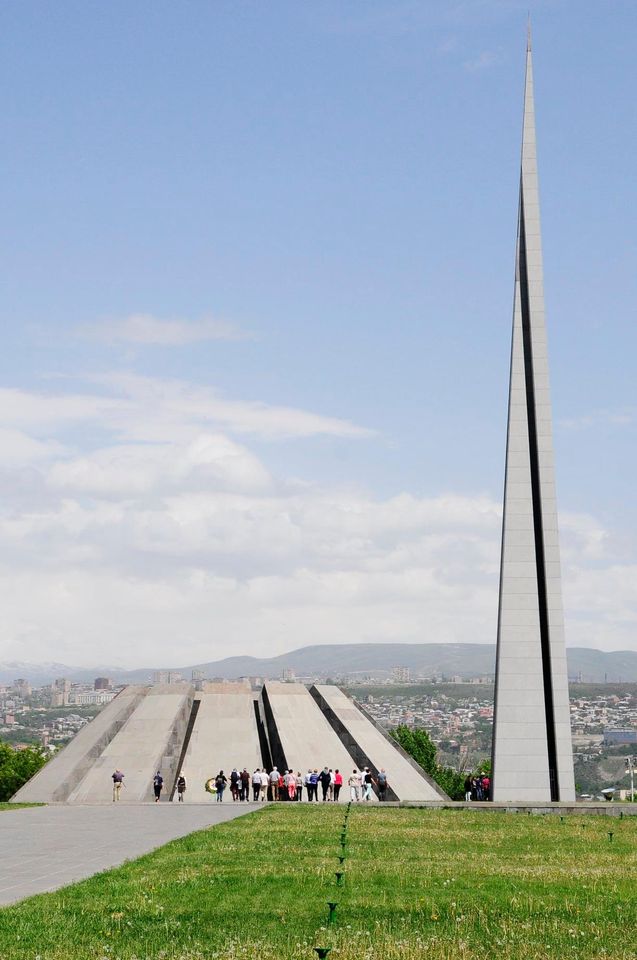 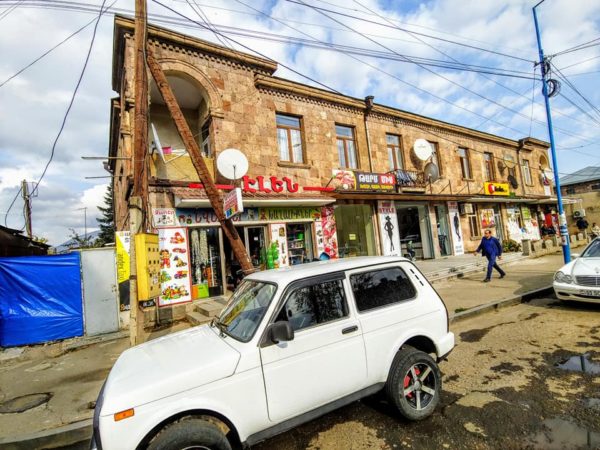 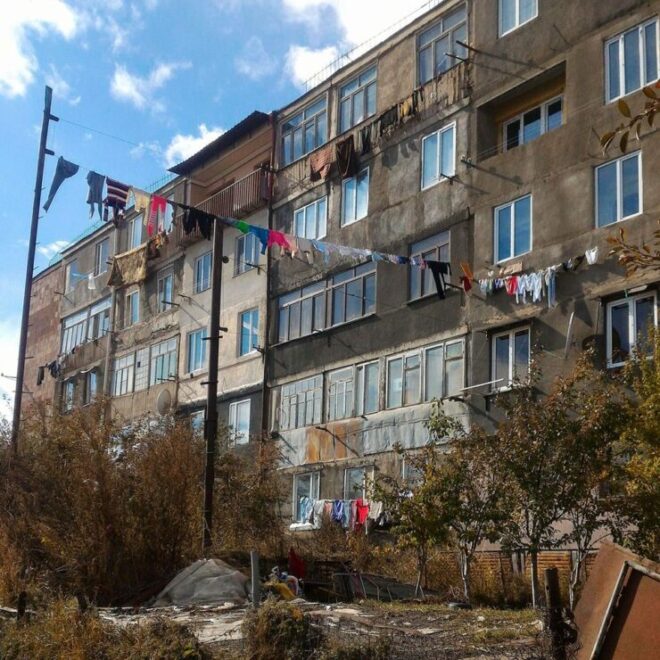 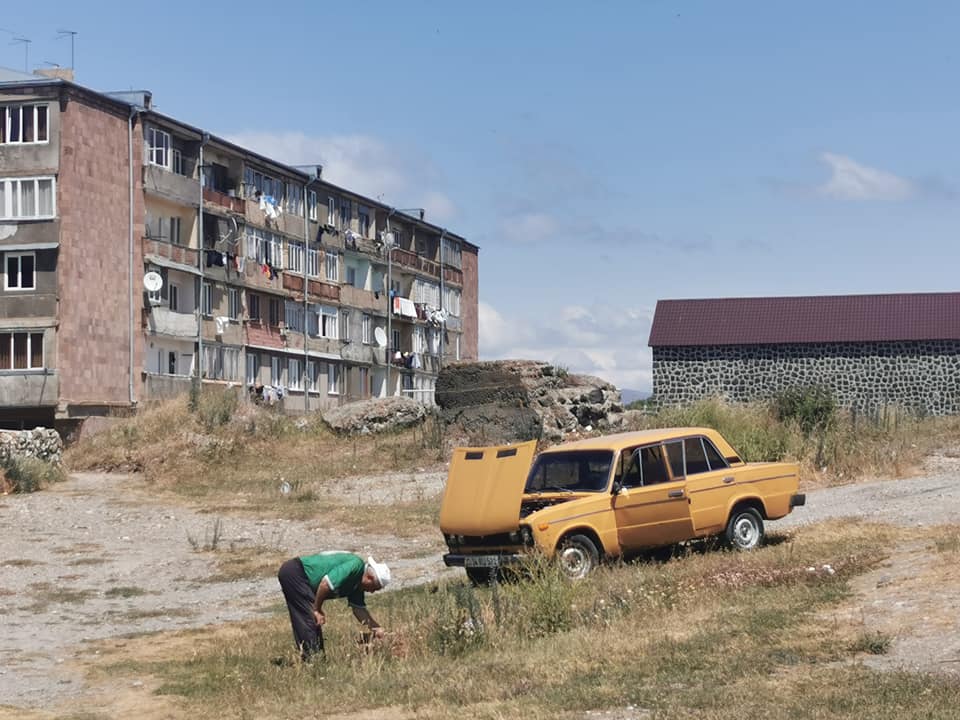 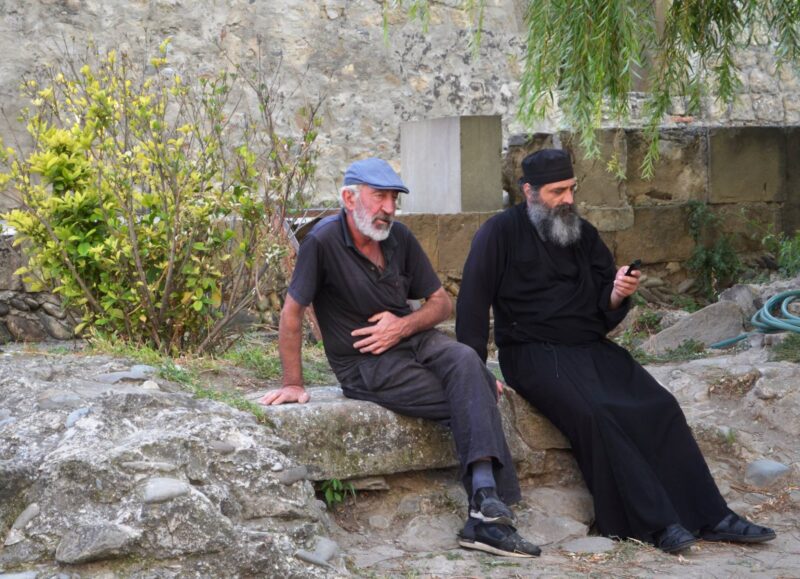 Armenia - in a monastery - k-j- photo 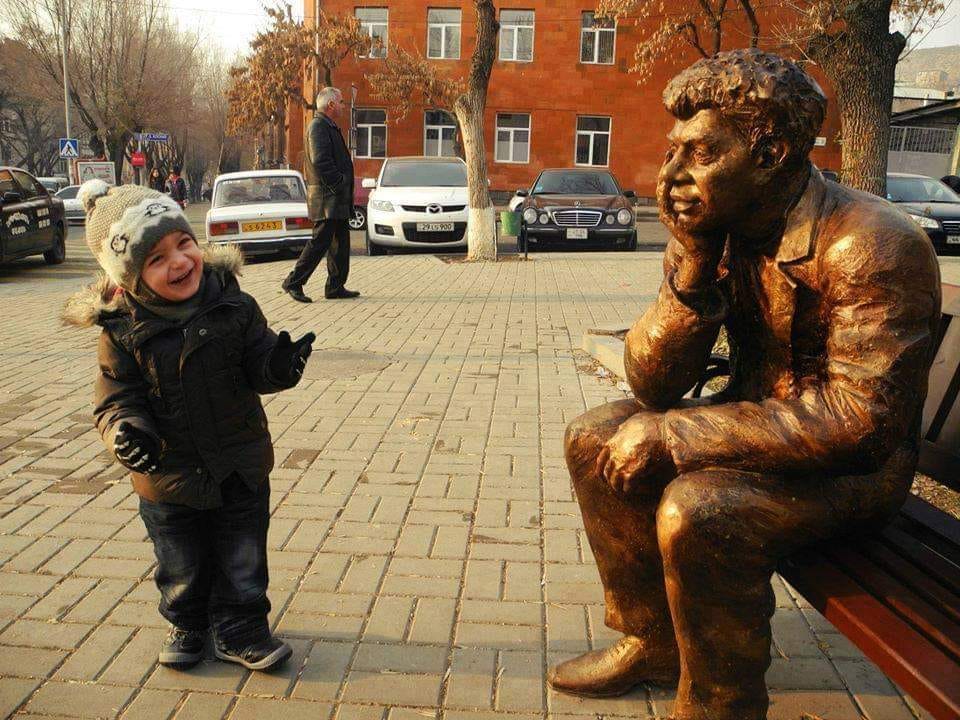 Armenia - friendship with the poet stiffened into a statue 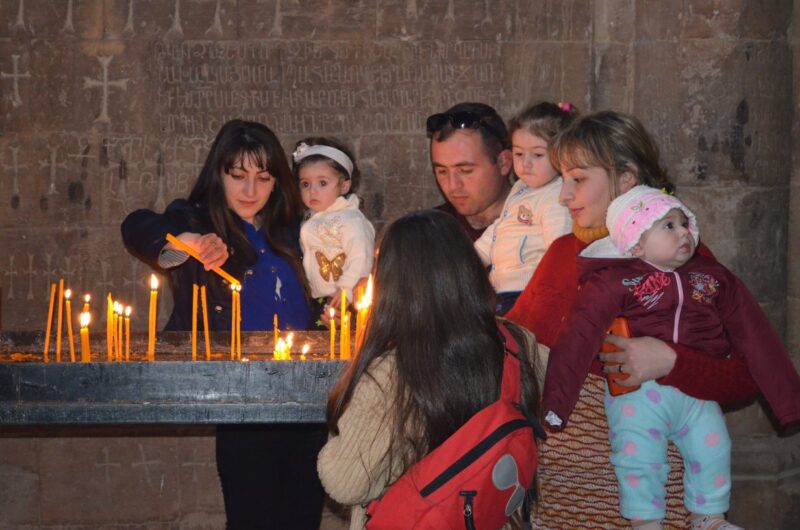 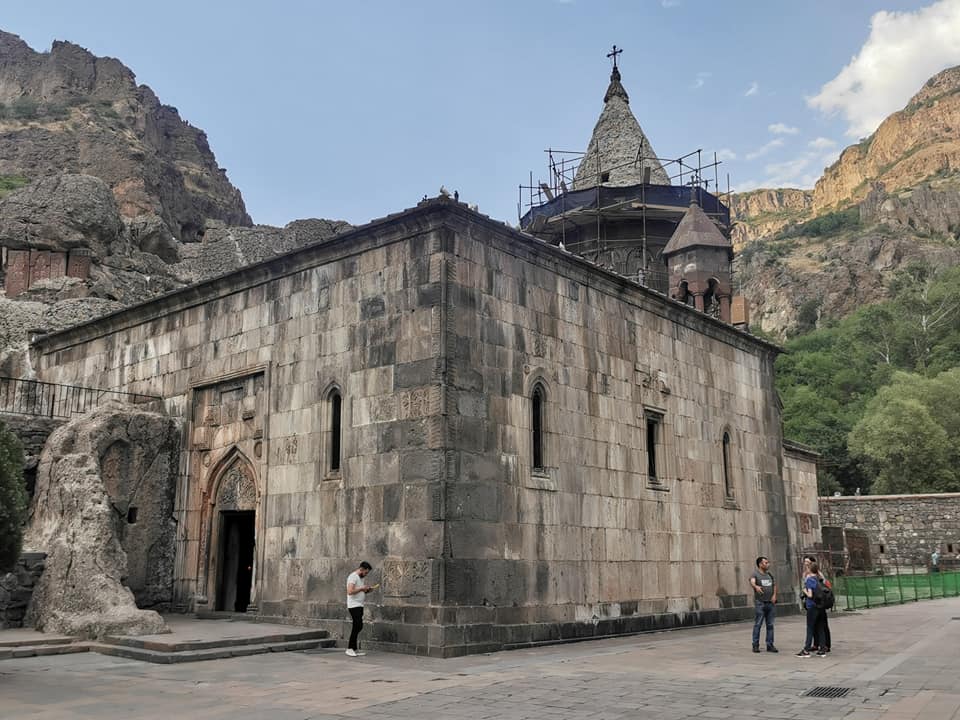 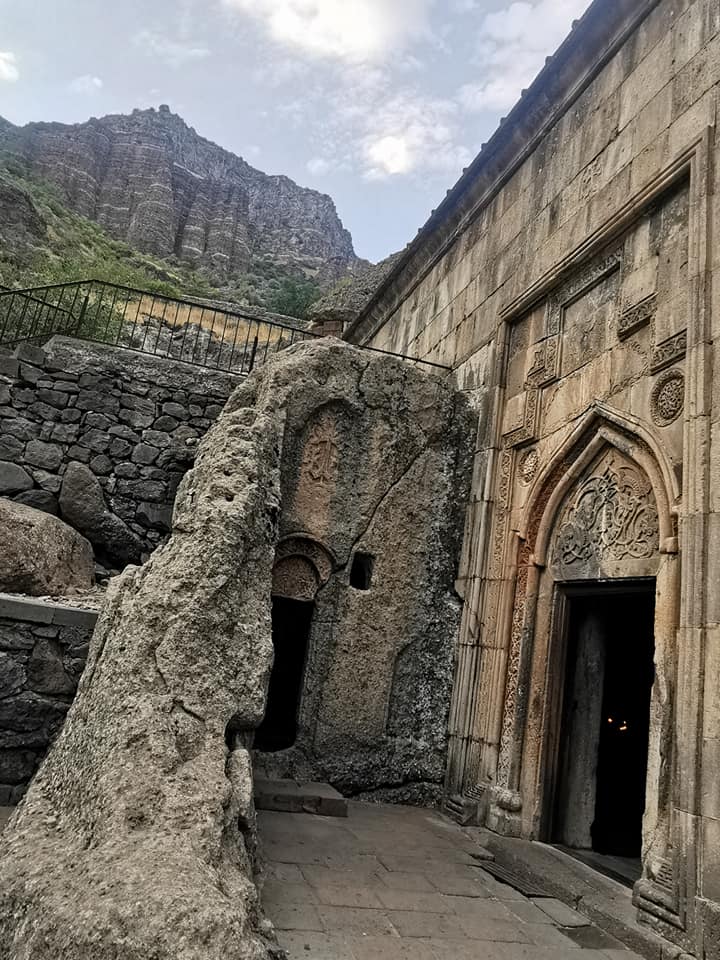 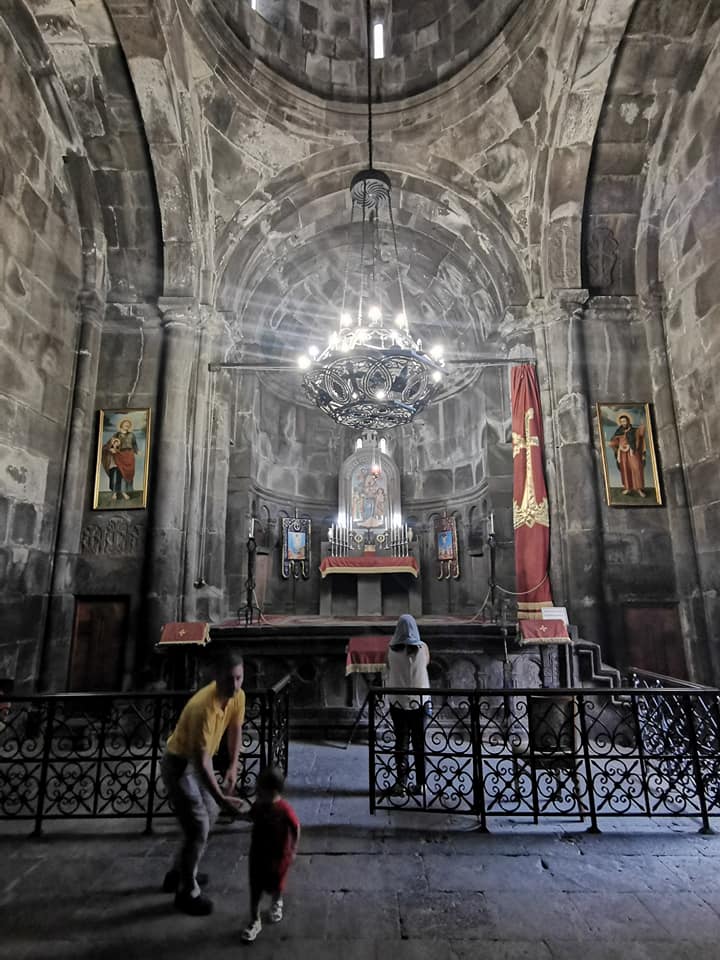 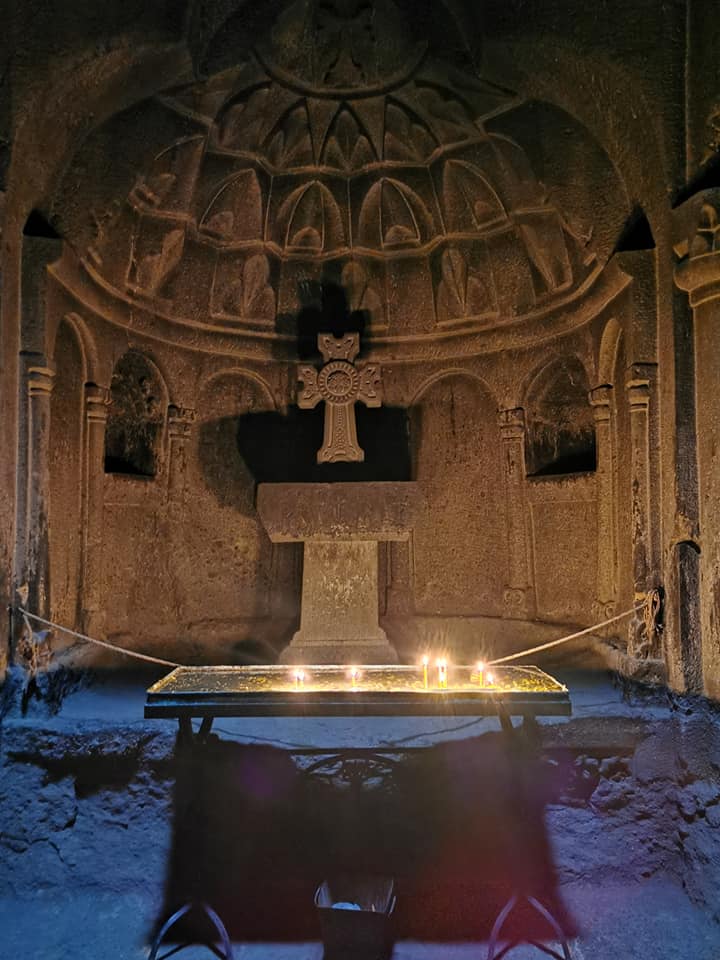 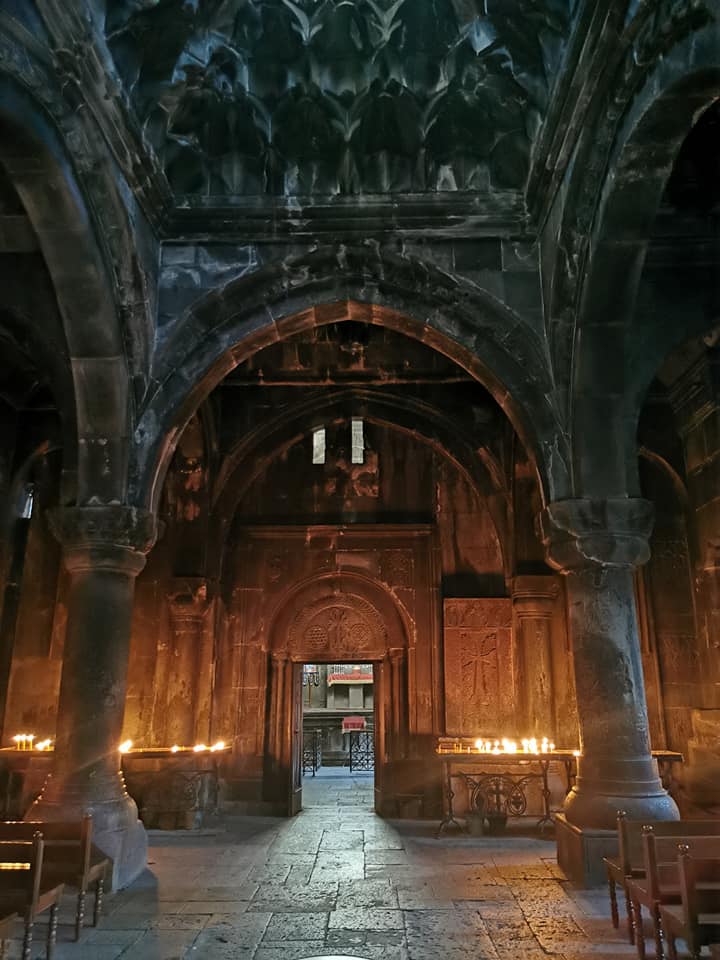